Today, we’ll take a break from the before & afters and I’ll tell a little story about a table with rickety, uneven legs.

He had one thing that made him really special, though – something that kept him from being a run-of-the-mill old table.  He wore a zinc top that had a perfect patina. 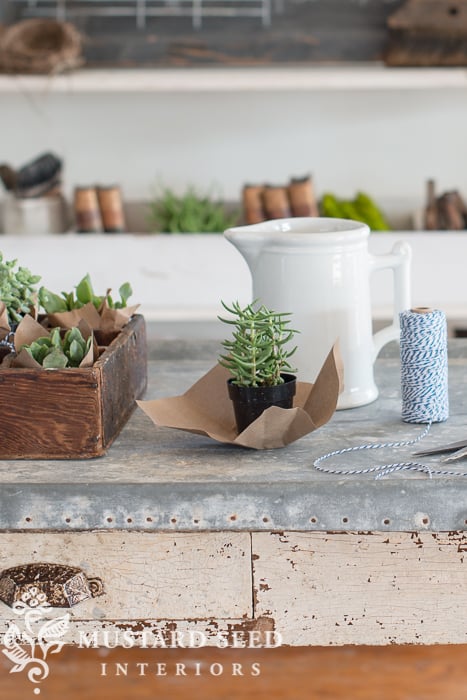 The problem was not one of his legs was the same size as another, so he sat at a wonky angle and, even though I tried to sell this table, no one wanted him. 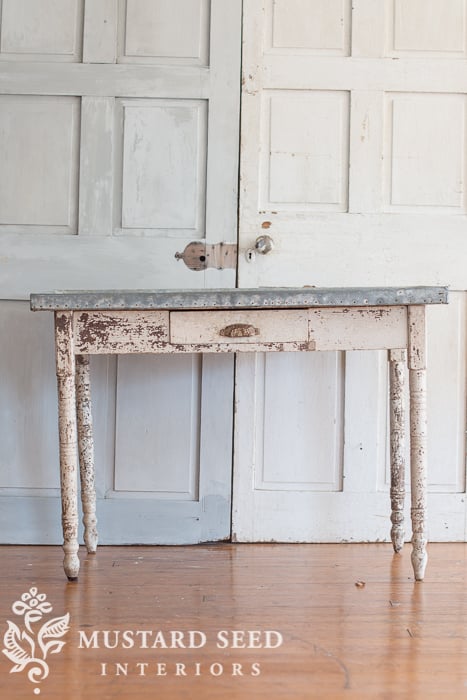 So, I took him back to the studio and gave him a little TLC.  I sealed the chipping, flaking paint with Tough Coat… 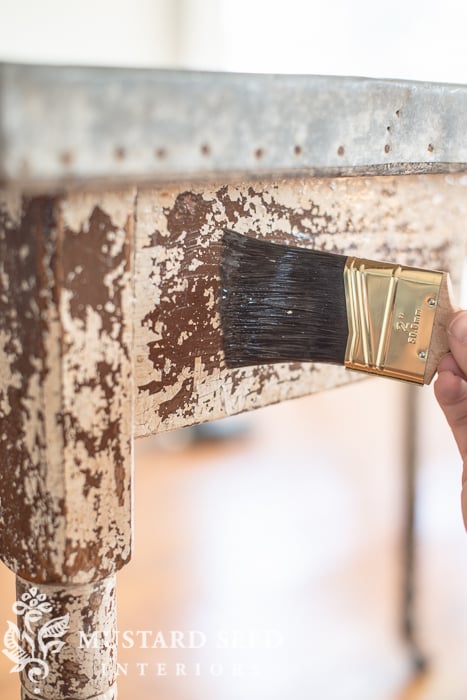 …evened out the legs and added little casters to the bottom… 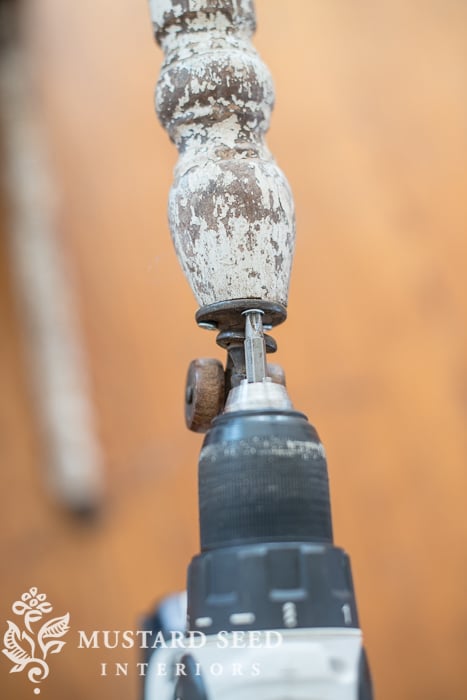 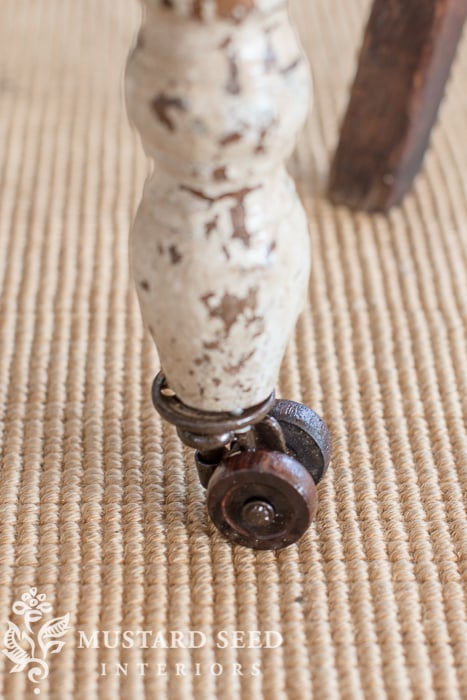 He looked so much better with strong, straight legs and his nifty “roller skates”.  His manners have also improved, now that he’s keeping his old paint to himself instead of dropping it all over the floor.  . 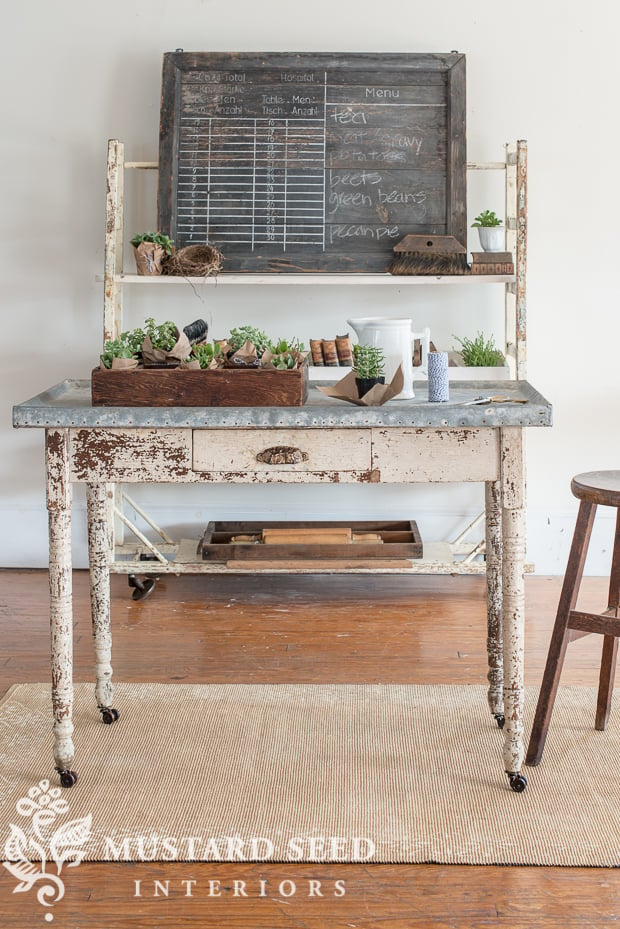 I decided to keep the table for a while to use for photo shoots.

Then, I received an e-mail a few weeks ago from a sweet lady named Susie.  She was the vendor I bought the table from and she watched the makeover and has eyed it in my posts ever since.  She asked if she could buy it back from me.

He’s been fixed and photographed, which are the two things I enjoy most about having a piece pass through my possession.  It’s only right that now he should go back home, where he was missed. 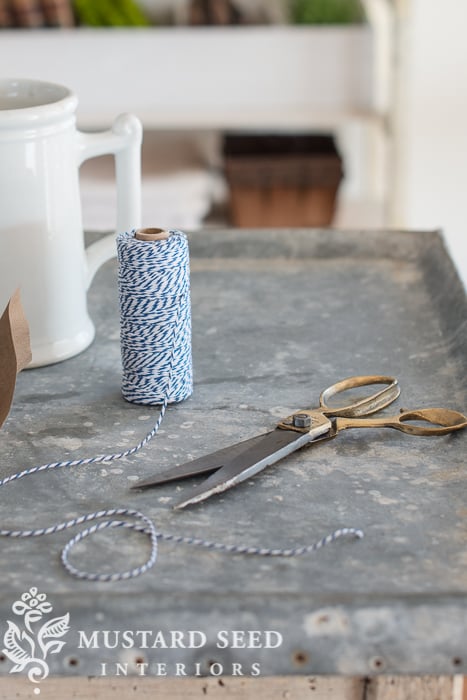