Timing is an interesting thing.

If you have read my blog for a while, you may remember that we put our house on the market almost exactly three years ago.  We had seen a local farm that was for sale and we were hot to buy it!  We got our house ready and listed it with high hopes of selling it quickly.

Well, it was on the market for three months and not one person even called about it or looked at it!  Not one.  It was the strangest thing, like no one could see our listing, but us.  And as people were NOT looking at our house, the house we were interested in, that had been on the market for over six months, sold.  We found a couple other farms we liked and, basically, if someone wanted their house to sell, Jeff & I just needed to want to buy it.  They seemed to get another offer as soon as we voiced interest.

We were discouraged, but we finally got to the place where it was clear that this was not God’s time for us to move.  It’s one of those head-scratching moments when you wonder – what the heck was that all about?

As the disappointment of not moving to an 1800’s stone farmhouse wore off, I found relief.  I couldn’t explain why, but I somehow knew that it would’ve been a mistake to move and we were better staying put. 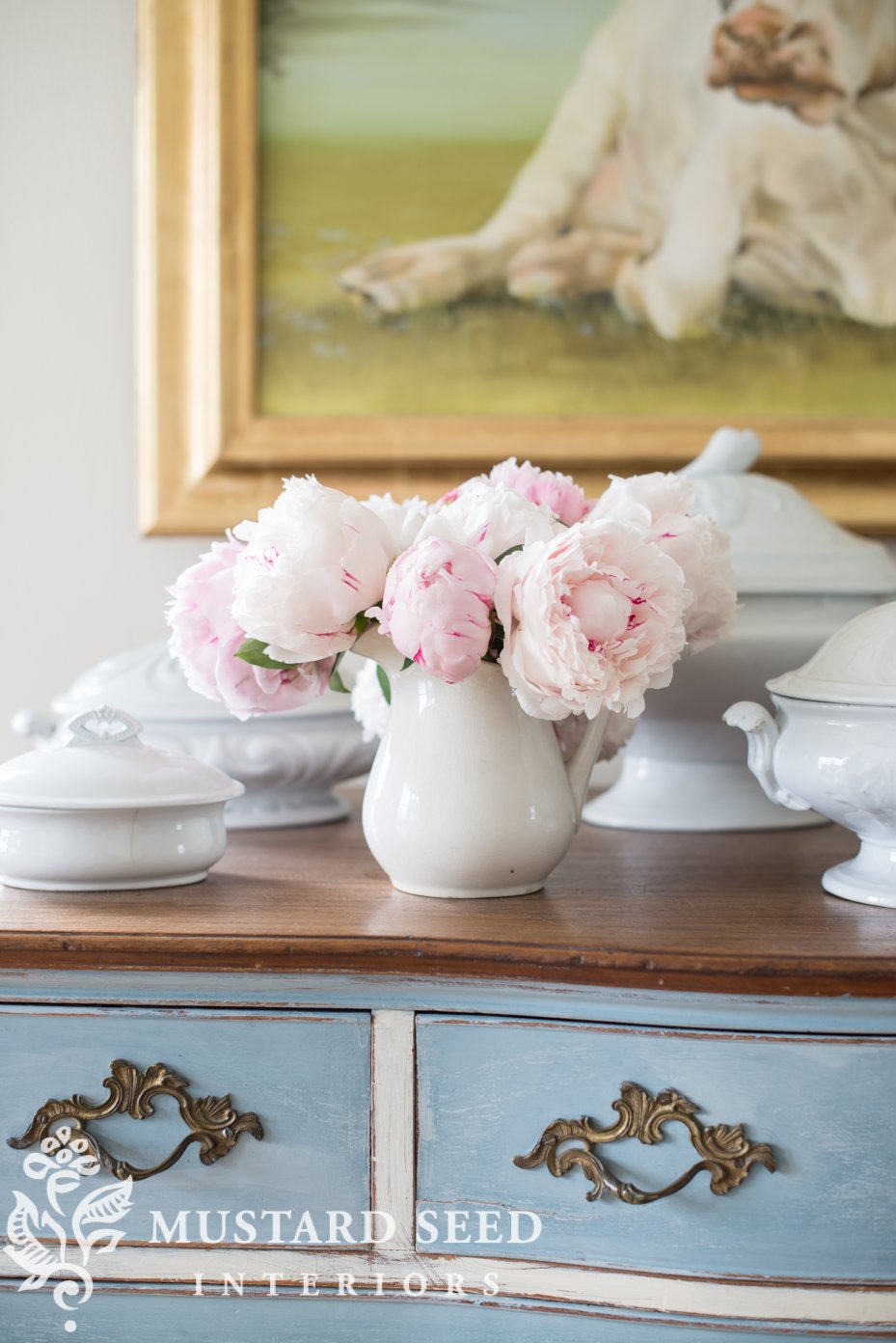 Just a few months later, we started Dave Ramsey’s “baby steps”.  While we had worked hard to pay off a student loan, we weren’t being intentional with our money.  We started working our way through the baby steps and are now totally debt free except for our house and we have a budget, an emergency fund, savings for upcoming expected expenses, and a long-term savings plan.  We also decided Jeff should complete his Master’s degree.  Because we stayed in our current home, he was able to work part-time and become a full-time student and we were able to pay cash upfront for each semester.

Also, when I moved into the studio space less than a mile from my house, I realized I liked my house a lot more than I realized.  My source of frustration wasn’t with the house, but because I was trying to run a business out of it and live there at the same time!

It was one of those seasons of life when you can see things clearly and I was so thankful that I didn’t get what my heart desired when we were trying to sell our home and buy a farm.

And that leads us to April of this year.  Jeff is just a few credits shy of finishing his degree and has started the search for a full time position in ministry.  I shared a post about moving “onward” and mentioned that we would be putting our house on the market soon. 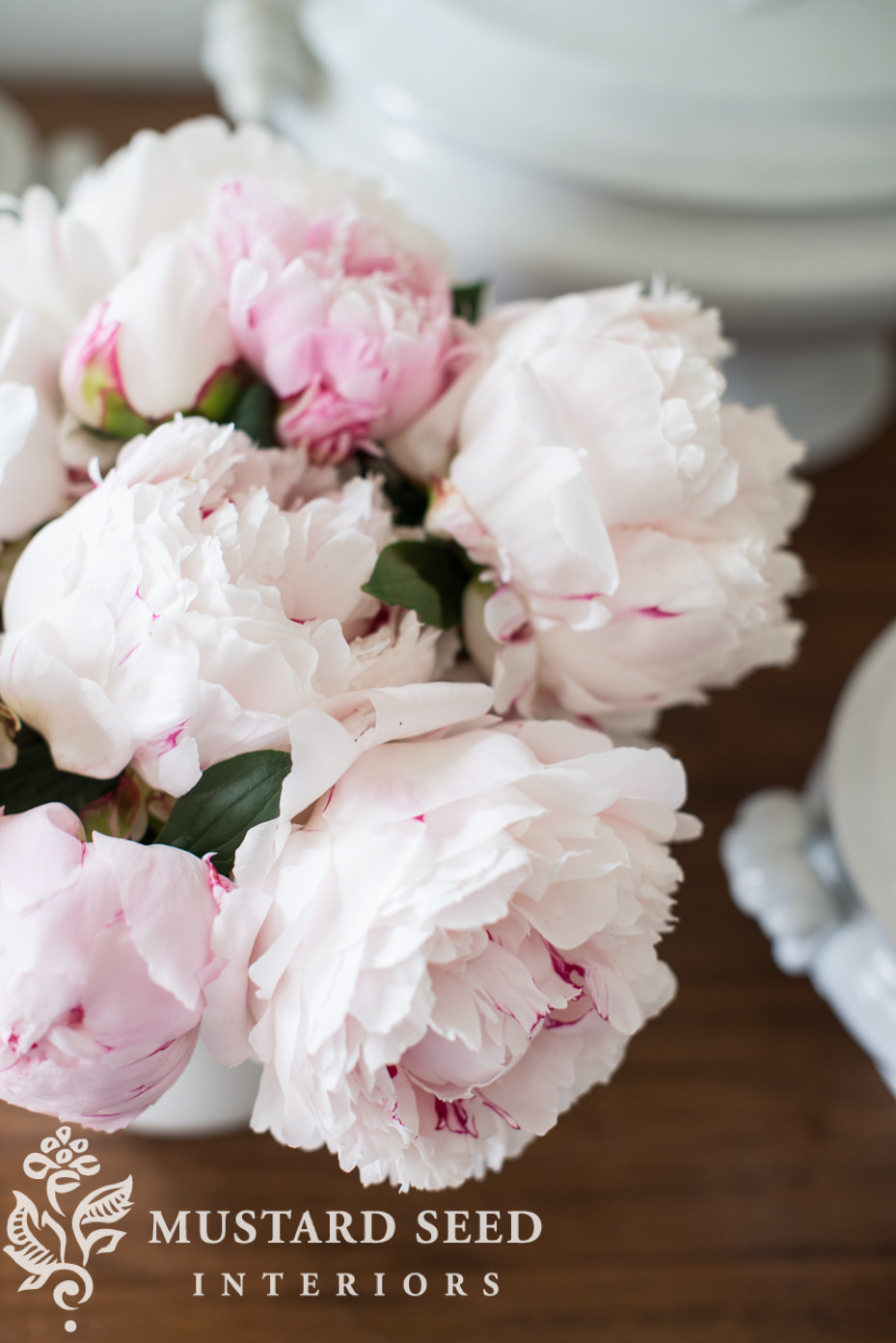 Even though there are a lot of unknowns about where we will end up, our greatest source of anxiety was the sale of this house, especially after the lack of interest a few years ago.  We live in a pokey, two-stoplight town and not many people move here.  It’s not unusual for homes to sit on the market for a year or more.  So, we were preparing ourselves for that possibility.

When I wrote that post, Jeff wasn’t convinced I needed to post about that publicly on my blog, but I felt like I needed to let my audience know generally what was going on.  I will admit that part of it was that I didn’t want people to think I was closing the studio and selling off pieces from my house because we were bankrupt!  Another part is that I write on this blog like I’m writing to a friend and it becomes difficult for me to write freely when I can’t share big things that are happening, at least generally.

Jeff read the post and gave the green light on posting it.

Well, the next day, I received an e-mail from a local acquaintance.  She knew someone who wanted to move to our town and has seen my house online and was interested in it.  With tempered optimism, we set up a time to show them our house.  Long story short…they loved our home and we now have a signed contract in place.  Without even sticking a “For Sale” sign in the yard.

Talk about expectations being blown away!

And the really beautiful thing is that the buyers have been trying to purchase a home in this town for quite a while and the timing just didn’t work out for them on a few homes.  Our house is perfectly situated for them and what they want at this season of their lives.  Since we’re not working through a realtor, we’ve been able to talk with each other about God’s good and perfect timing and what an incredible and surprising blessing this has been to both of our families. 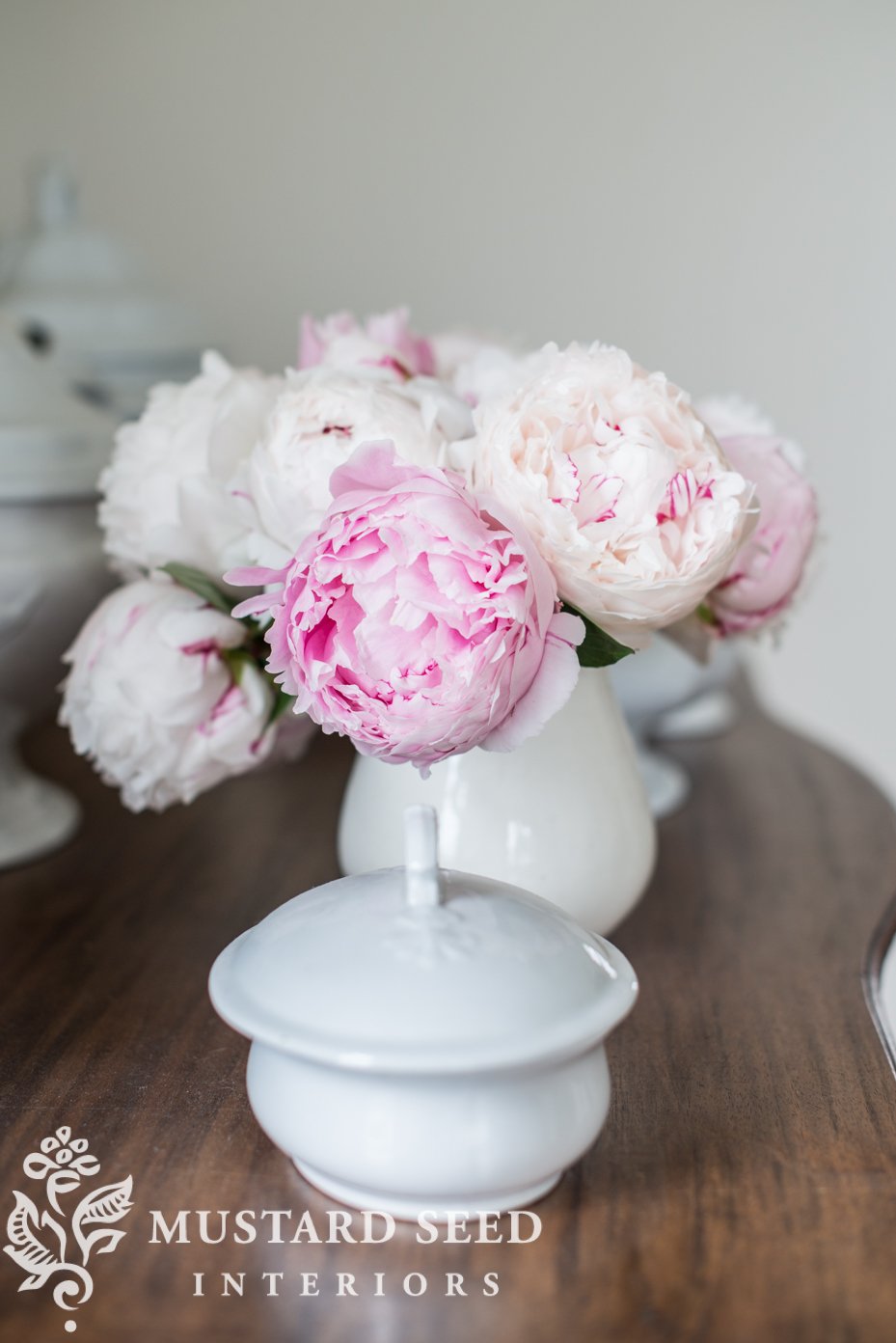 So, we’re closing in mid-July and we’re already starting to pack, purge, line up movers, etc. 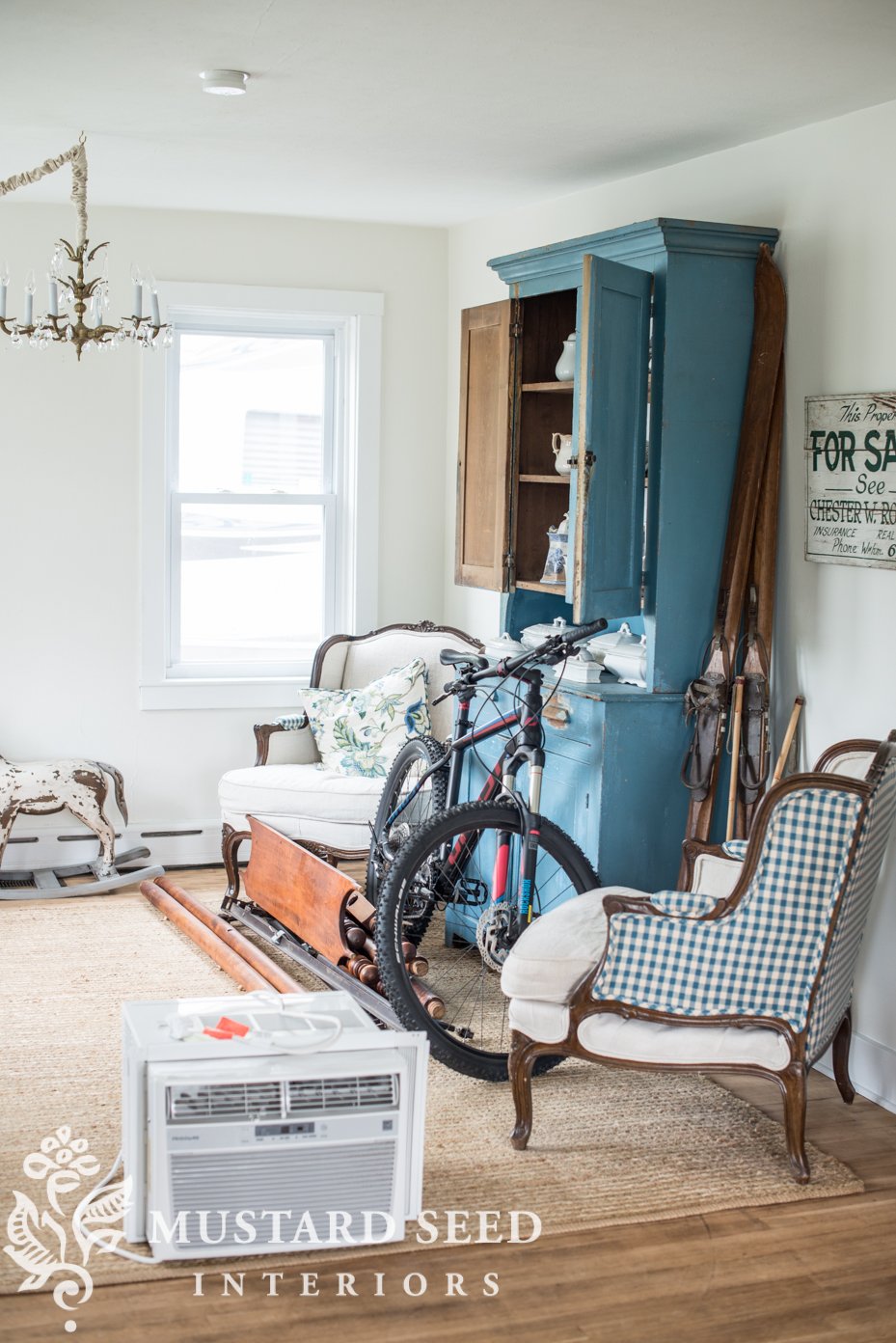 We have plenty of time, so my plan is to go through every single item, so we only pack the things we really want to keep.  Everything else will be pitched, donated, or sold in our yard sale (date TBD) or on craigslist.  A few things will also convey with the house.  I mean, those corner cabinets are just too perfect to move, so we’re leaving them here. 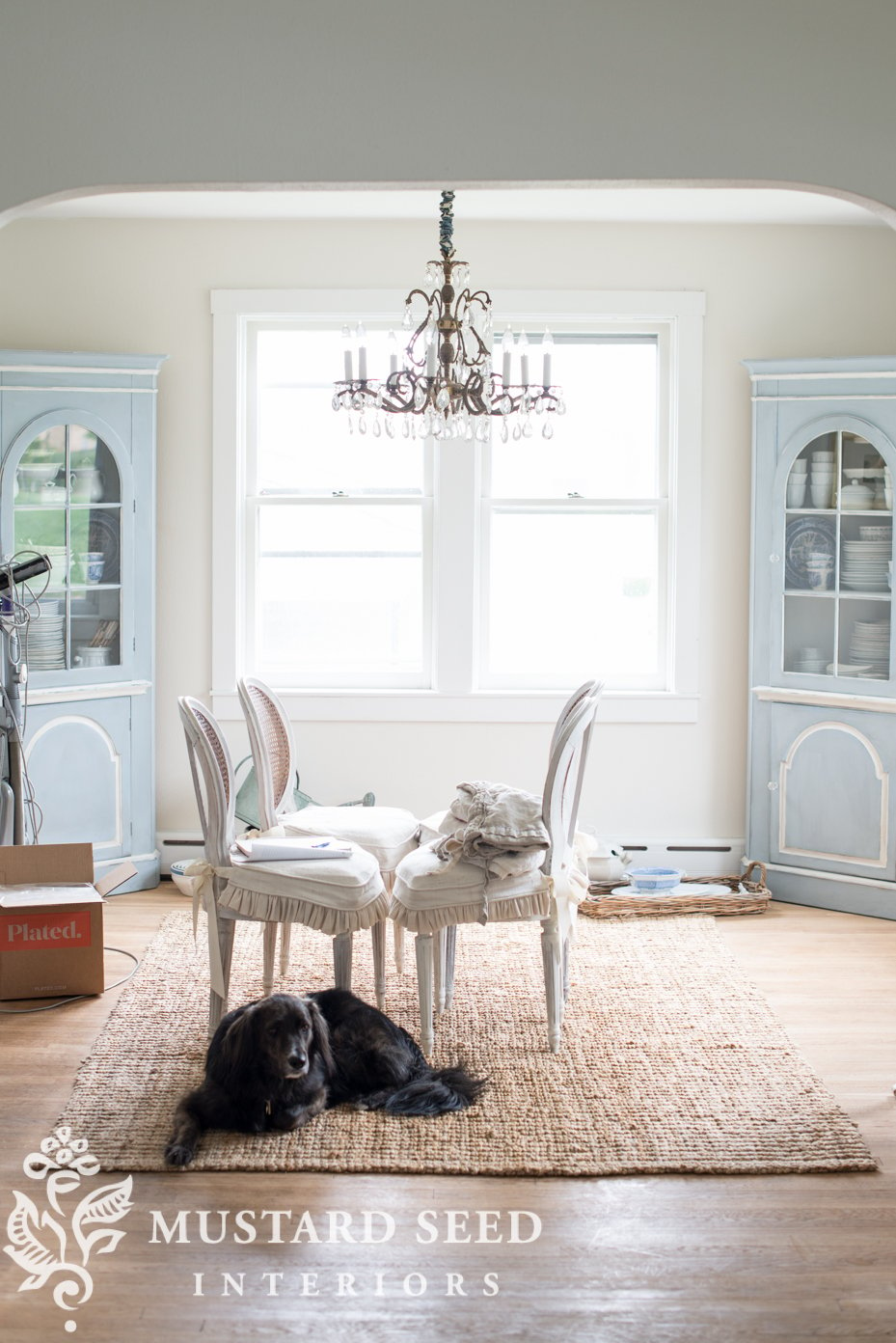 We’re not sure where our next home will be just yet, but I’ll let you know when it has been decided.

Until then, we’ll be putting one foot in front of the other…