getting my house back

As many of you know, we put our house on the market back in April and it didn’t sell.  We didn’t even get an offer.  So, we decided to stay put, work towards some goals and look for a commercial space to use as a studio for our business.  We found an awesome one and moved into it a couple of weeks ago. 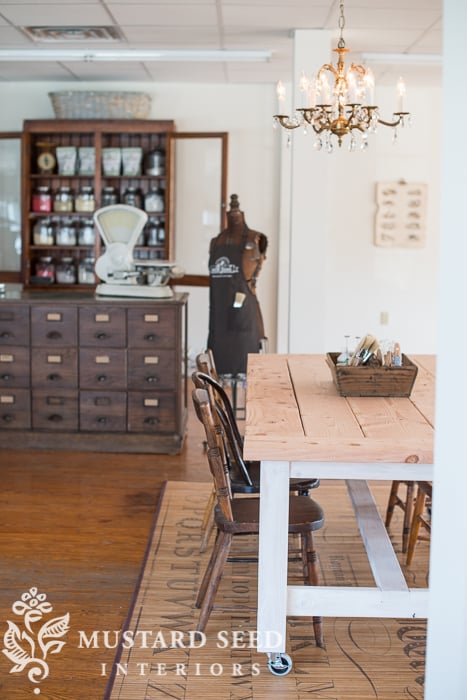 Getting all of the business stuff out of the house and getting some separation between the two has been amazing and eye opening.  I knew the business was taking over the house, and we have the empty spaces now to prove it, but I didn’t realize how much it was affecting my decorating decisions and/or lack of decisions.  I wasn’t viewing my home as just a home, but a backdrop and studio and work space and it was just too much.  It’s great to have multi-functional spaces, but when you’re asking a space to do too many things, it doesn’t do any of them very well.

I’ve realized that the fact that I like change was put on steroids when my rooms had to continually be a backdrop for my photo shoots.  For my blog and business, I always have to have something new to show, share, teach, so my house became the subject. 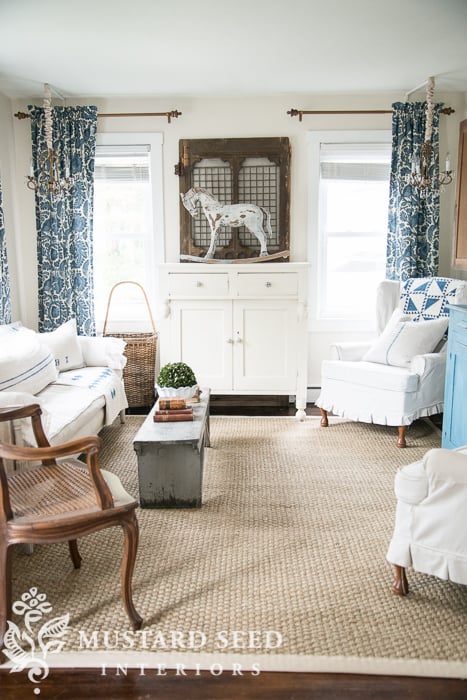 I found that the way I was arranging my rooms, the wall colors I chose, even the accessories I used, were a lot about how they would look in a picture.  It happened so slowly, I wasn’t really aware of it.

Now that all of the stuff has been moved out and my house is just my house, I feel a new love for the space and a desire to get things done for us and leave it alone for a while.  I mean, I’m always going to have projects lists and will scoot furniture around, but there won’t be the constant parade of out with the old and in with the new.  I’m still going to work through our list of upcoming home projects, including an update of the half bath, refinishing the old floors in the front of the house, sprucing up the boy’s room and some other smaller projects.  Of course, I’ll still share pictures of my home and the projects that we do, but I don’t have to stir up a project just to have something new to photograph and write about.  That’s what the studio is for now.

It’s also exciting to reclaim some space, like the basement.  Jeff and the boys are benefitting from this most in that Jeff gained an office that is just his (not full of my junk) and the boys have gained a great play area in the basement.  We’ve also set up a space for workouts, so I don’t have to move the furniture in the family room when I’m exercising and the equipment isn’t shoved in cabinets and closets.  It’s nice to have that space for us. 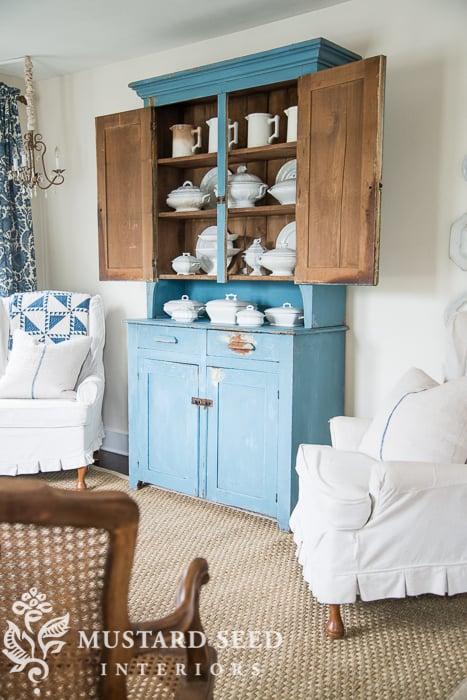 The other thing I’m realizing is how much stuff I have in my house for photo shoots.  Really…I have collected and held onto quite a lot of stuff just for pictures.  So, I think I need to go through my house again with fresh eyes and only keep what’s for me and my family.  The rest will go to the studio for props or will be sold.

And I’ve noticed that I’m not as attached to the stuff I’ve bought to sell.  What I mean is that I’m not as tempted to keep it in my house.  When I love a piece, I’ll usually walk around the house to see where I can use it or what I can “trade up.”  When the stash is in my studio and my house is a half mile away, I’m not as likely to test pieces out!  At first I was a little bummed at that realization, but then I saw the upside for my business and the stability for my home. 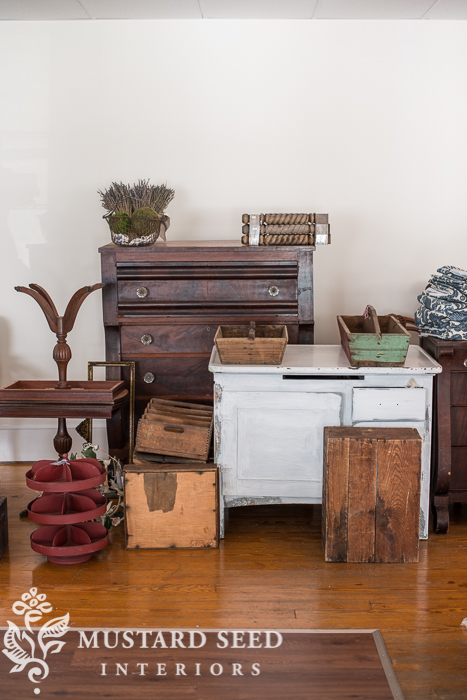 I’m still adjusting to the change, but so far, the adjustments have been for the better.