Remember this antique Jenny Lind-style crib I found on craigslist a couple of months ago? 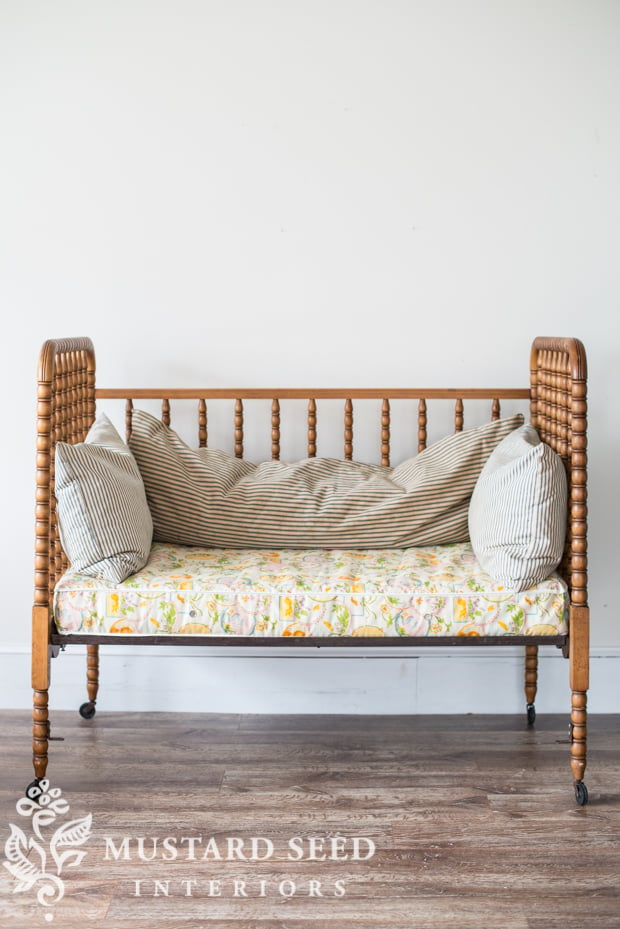 Well, I finally got around to sprucing it up and made it into a sweet daybed… 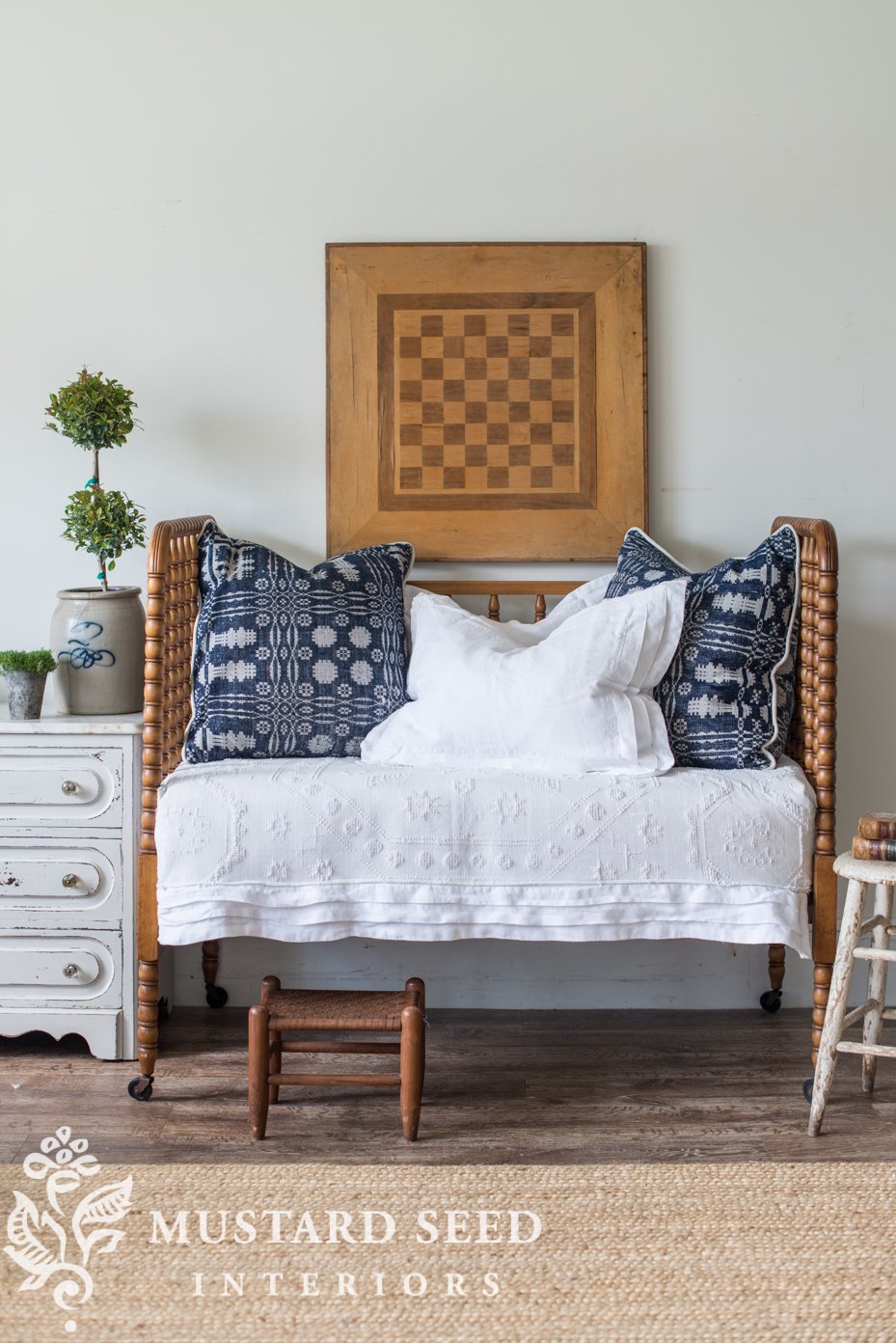 The wood was so pretty that I decided not to paint it.  Well, and spindles are a complete nightmare to paint as well, so that was an added deterrent.  I just removed the hardware the piece wouldn’t need as a daybed, added a piece of memory foam and some batting to the existing crib mattress, and then I made a custom cover for it out of an antique coverlet and a linen duvet cover. 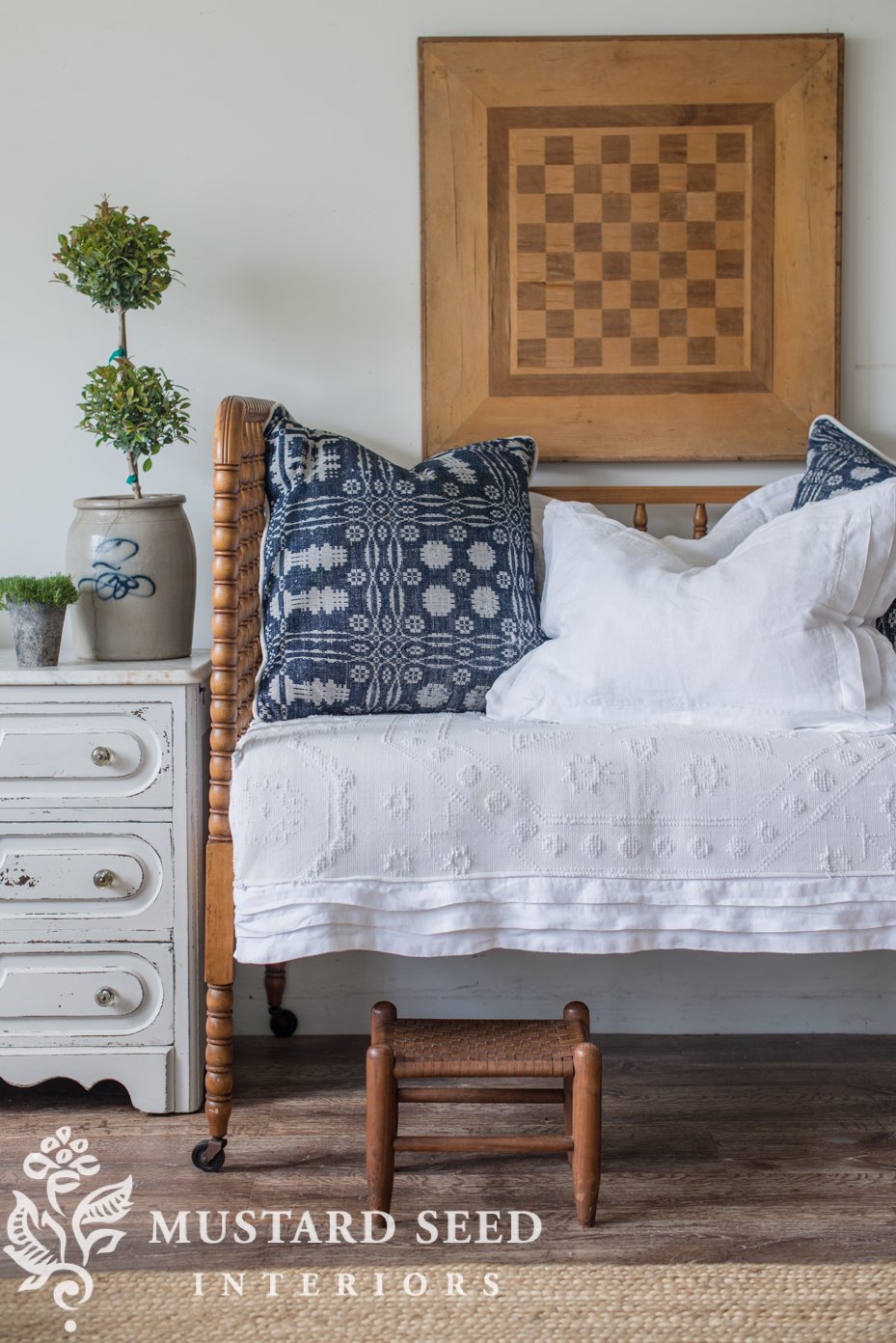 I’ve had the white coverlet in my stash for a while.  It had a ton of holes in it, so it was definitely a “cutter”.  I had just enough fabric to work with to make a cover and then I added some pleated trim from a linen duvet cover I’ve been using for various sewing projects.  I like that the finished product has a “pieced together” sort of look. 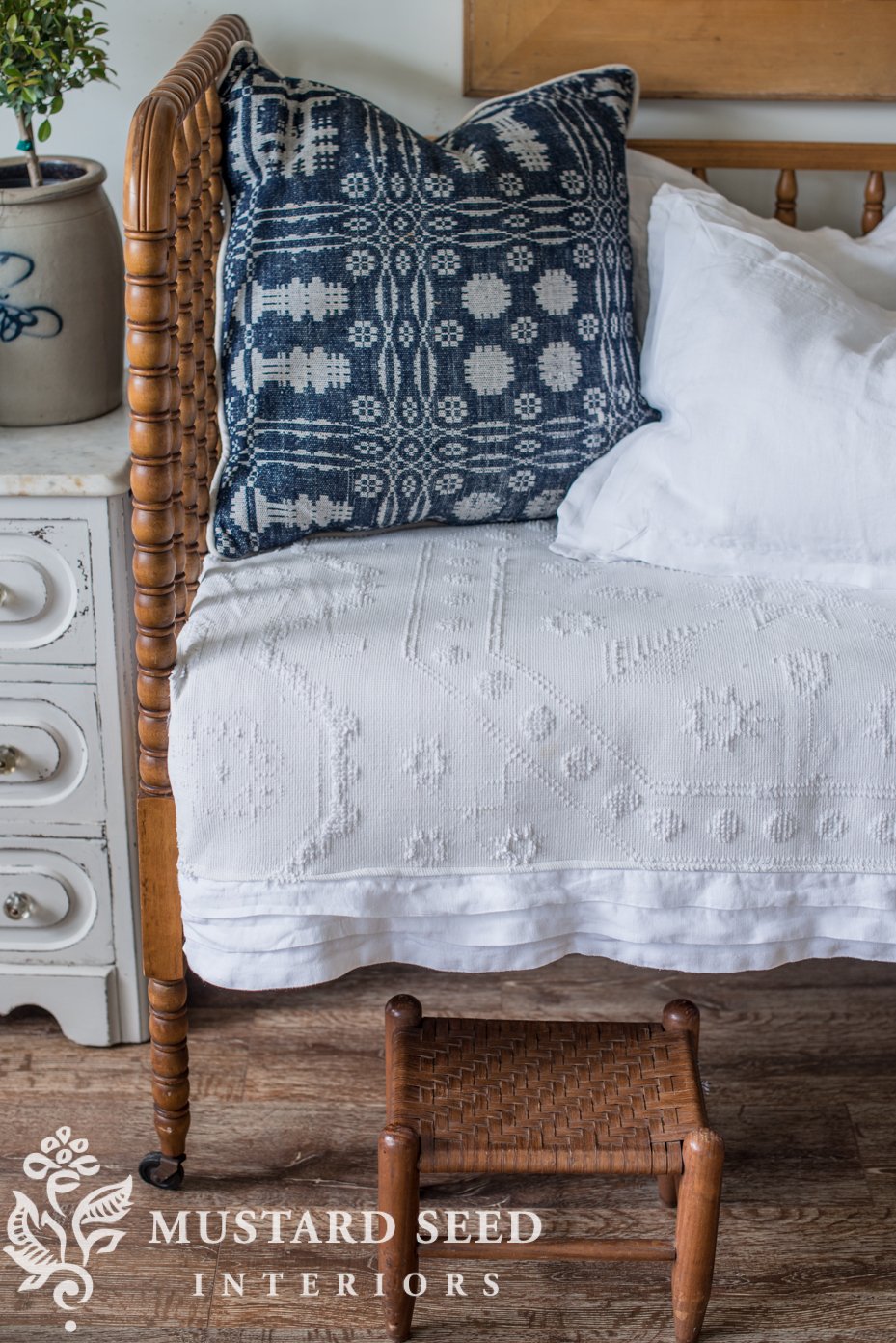 And the white looks lovely against the warmth of the wood spindles. 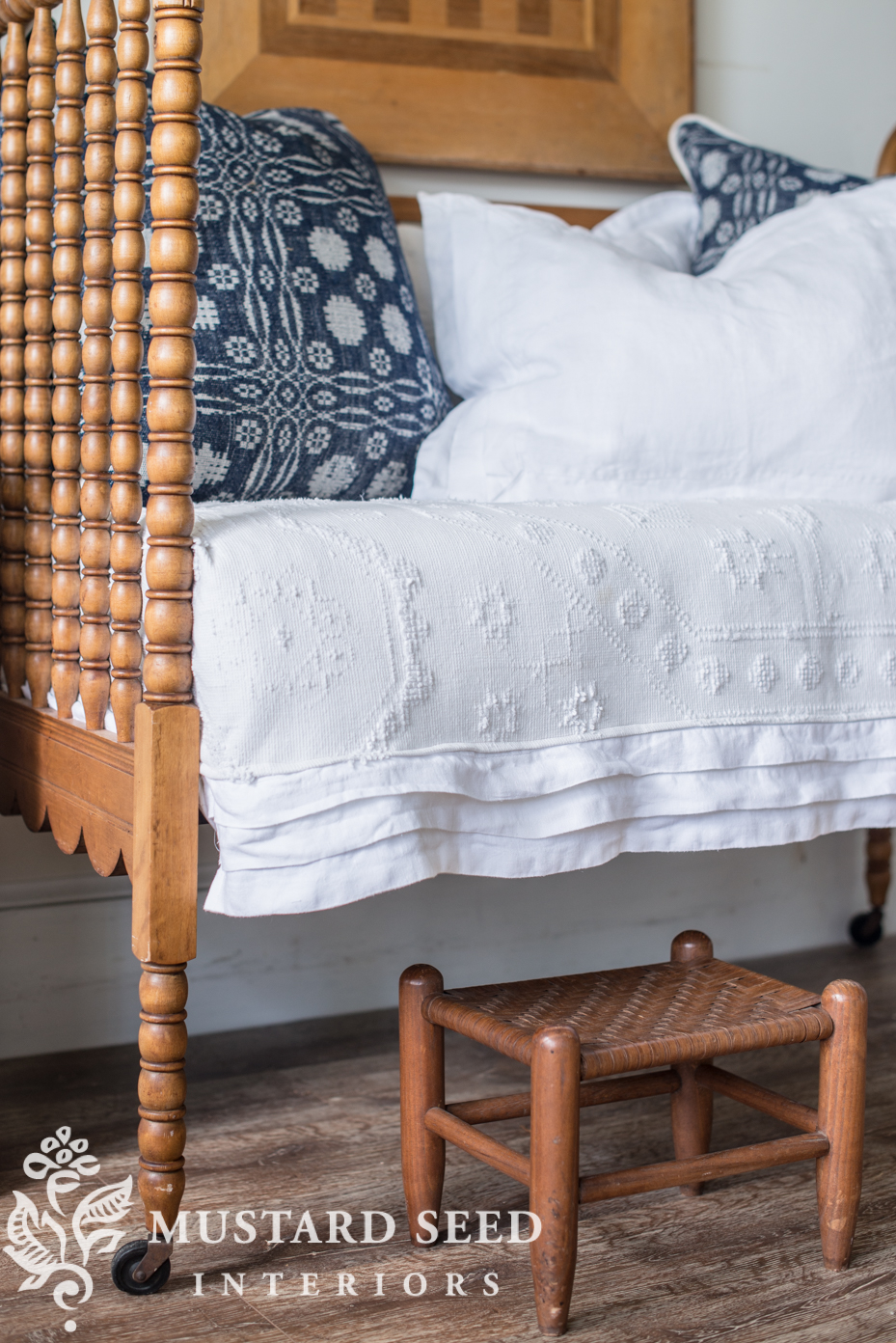 I kept the front side of the crib as well as all of the hardware, so it could be used as a crib again, if desired.  (As a side note, I always suggest using new cribs for infants, just so they are made to the latest safety standards.) 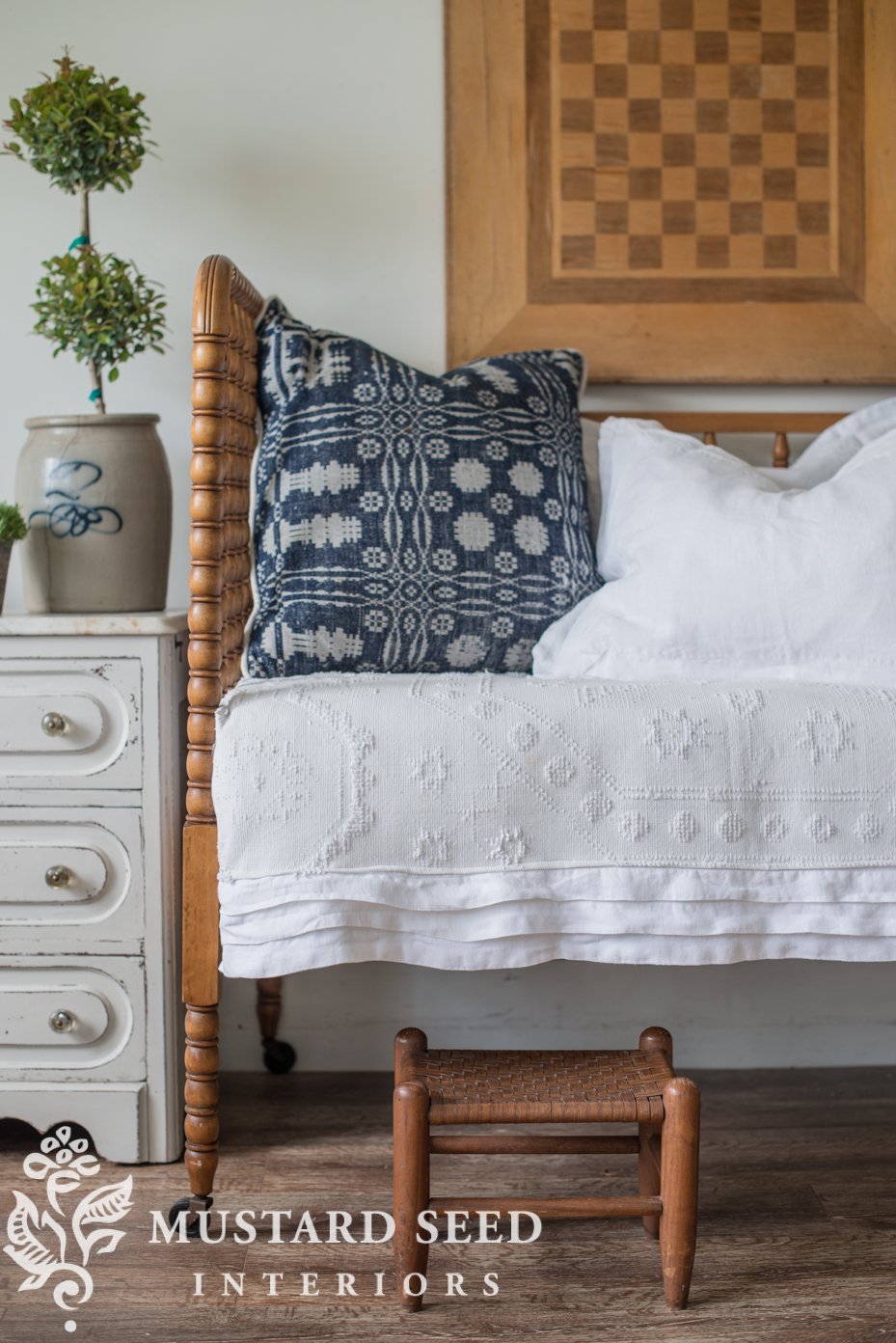 I’ve managed to collect a few “scratch and dent” crocks to sell at Lucketts.  They are so pricey when they are intact, so I intentionally look for ones with cracks that are a better bargain.  The painting on this one struck me immediately. 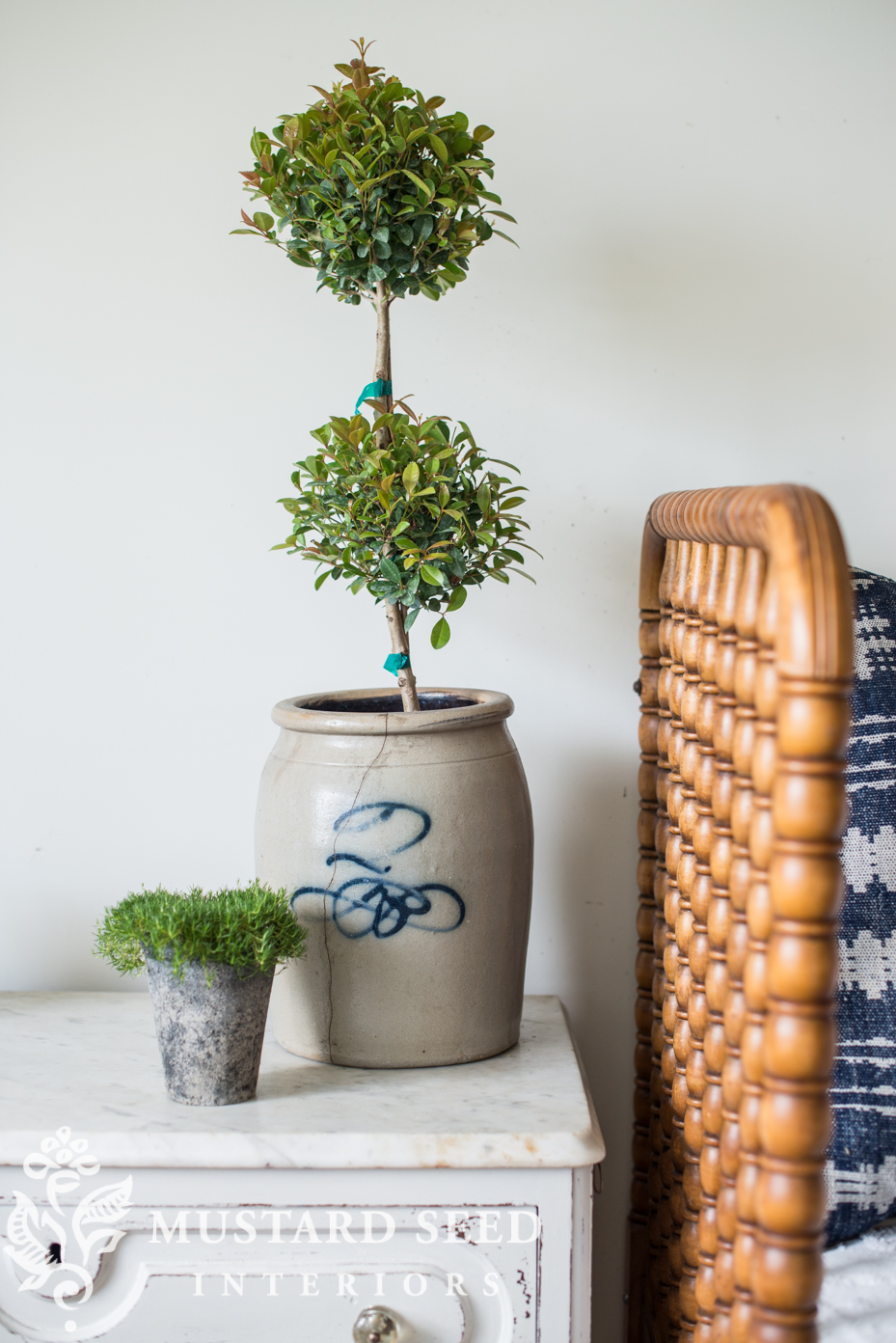 Everything, except for the white stool, will be for sale at the Lucketts Spring Market in just over a week! 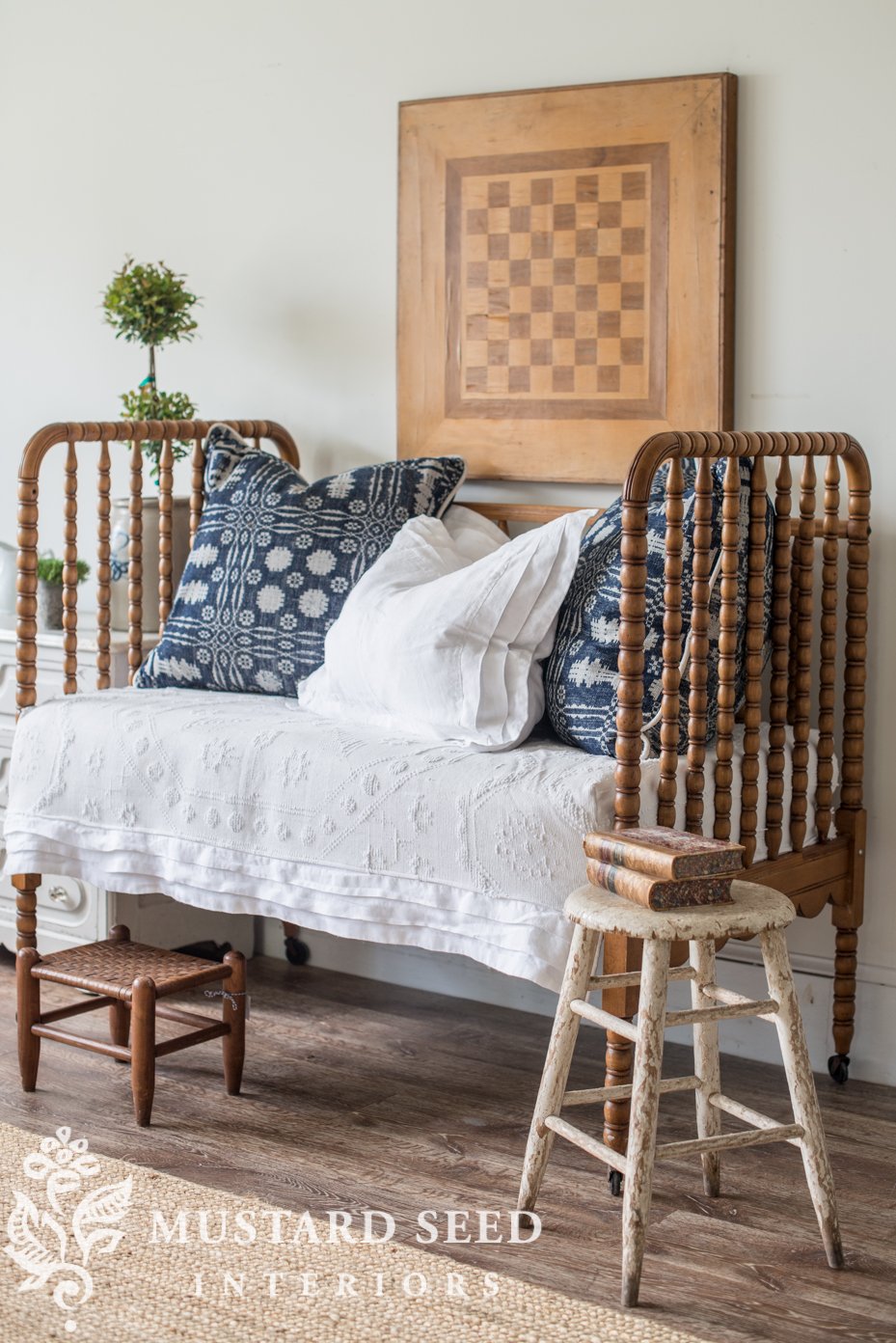 Tomorrow I’m heading out on my final shopping trip before the event.  I hope to find lots of goodies to add to the “pile”…