the woman behind Eulalie

In my business, a lot of amazing things have come out of a random e-mail.  Checking my inbox is so fun and almost addicting for that reason.  I started working for HGTV.com through one e-mail and the milk paint line came out of an e-mail.  The woman behind my branding, Reni, sent me an e-mail one day, out of the blue.  My book and almost all of my magazine features all started with an e-mail.

I wrote a post a few years ago titled “I want a cow“.  I had seen a cow painting in a magazine that I loved and I really wanted something similar.  I wasn’t asking for anything from anyone, I was just putting it out there.

And I received an e-mail.

Cindy Austin, a talented artist, offered to paint a cow for me.  Neither of us knew where it would lead, but we decided that she would paint me a cow and I would show it off on my blog to advertise her Etsy shop.  She worked on it for a few weeks and then, one ordinary day, I received a huge box on my doorstep.  I recognized it was probably the painting and I immediately started to open the box.  I was trying to be quick and careful and I had butterflies in my stomach.  I had no idea what it would look like and if I would even like it.

In that box was the beautiful cow that came to be known as Eulalie.  I call her “Eu-LAY-lee” and Cindy calls her “EU-la-lee.”  Tom-ay-to, tom-mah-to.  She’s a beautiful cow.  The print of Eulalie has become a best seller for Cindy and has become a trademark of my style.  She’s also my favorite thing in our house. 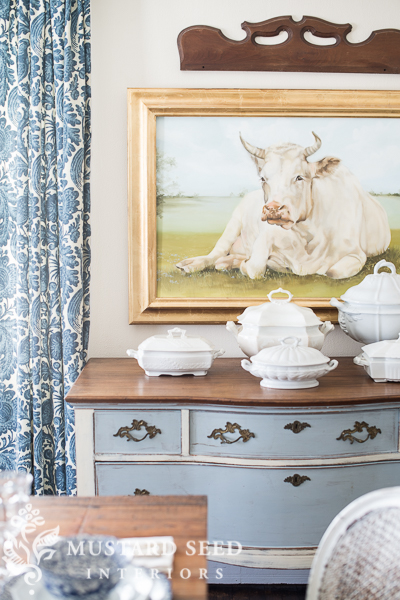 Our partnership has been so successful that Cindy painted a second cow for me – the young, flirtier and spotted Gwendolyn. 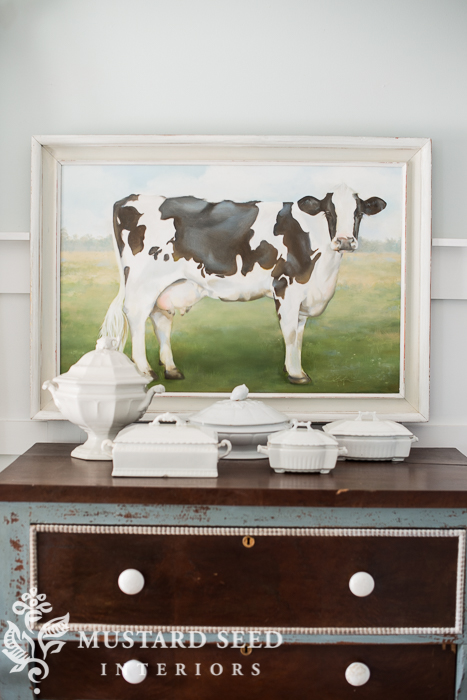 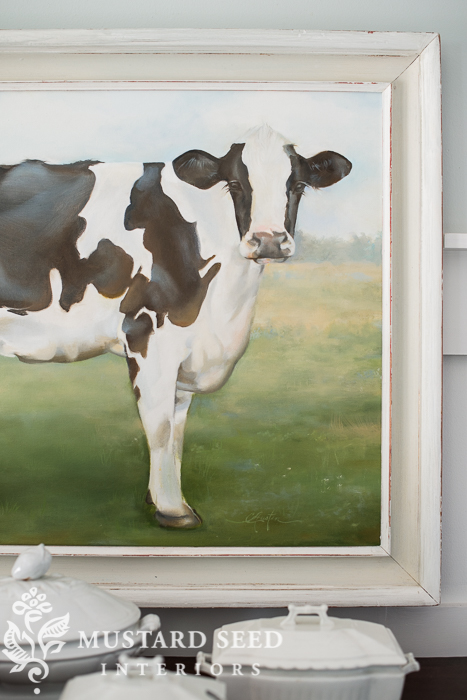 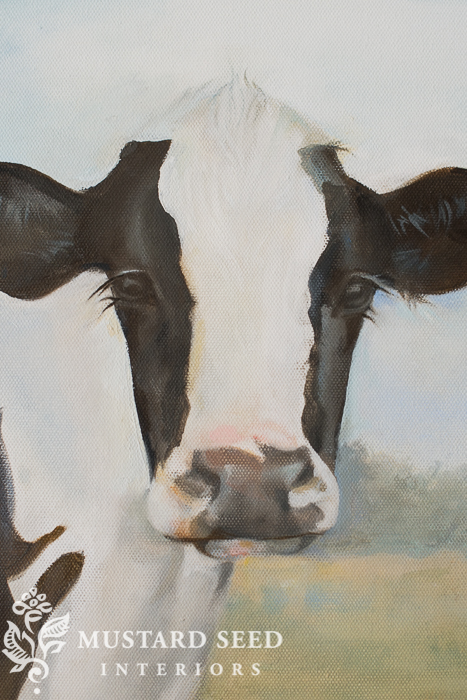 I received that first e-mail in 2011 and now, three years later, Cindy and I finally got to meet each other. 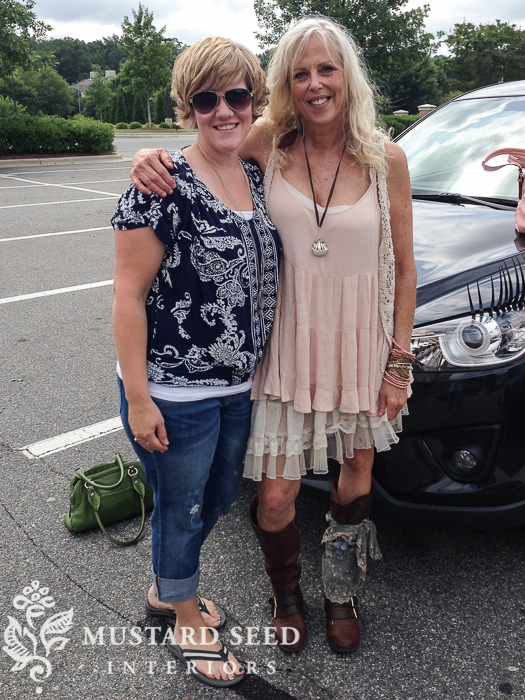 She just looks like an artist, doesn’t she?  We hugged and chatted and shopped at HomeGoods.  It was like connecting with an old friend.  And she had something new for me… 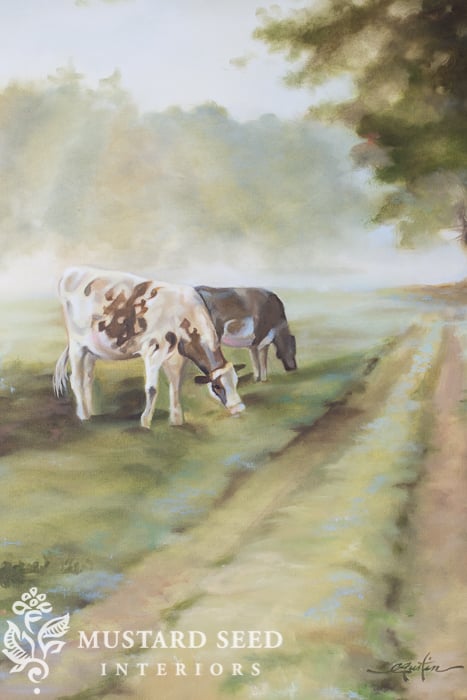 She did ask me if I was done with cow paintings, but I don’t know if that’s possible.  It probably is, but I’m willing to test those limits. 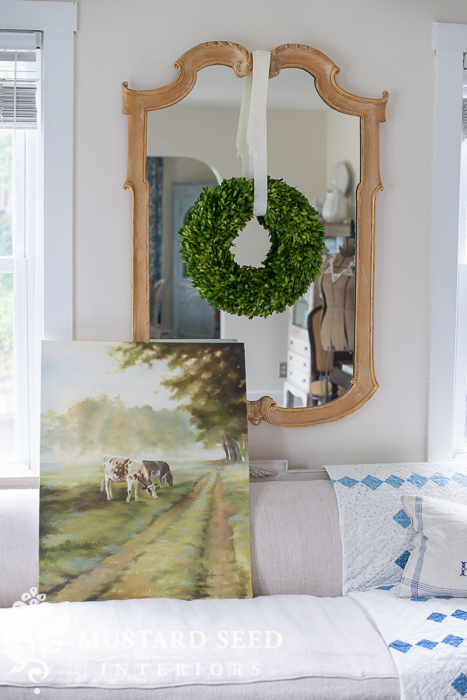 I’m thinking about hanging it in my living room, but I’m not sure, yet.  I’m going to find a frame and then hold it up on a few walls.

I’m so glad Cindy sent that first e-mail.  I’m sure she had those voices telling her not to, that it was a dumb idea and I would ignore it or say no or that it would never go anywhere.  She pushed those back, wrote the e-mail and hit the send button.  She took that step and it’s paid off for both of us.  Cindy gave me more than a few paintings.  She gave me a real love for art that I didn’t have before.

All because of an e-mail.

So, I think we might need to give this painting a name, right?

You can buy prints of Cindy’s work in her Etsy shop.

I received an exciting package today… 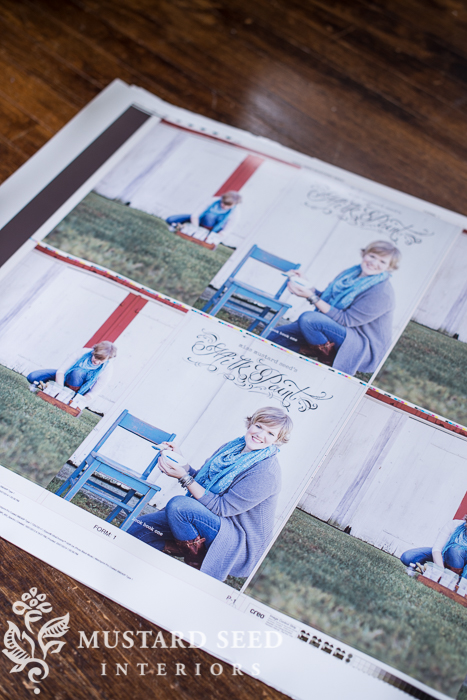 …the proofs for the first MMSMP look book!  I admit that I was laughing out loud as I unrolled the prints.  It wasn’t funny, it was just so thrilling, I couldn’t help it.  We’ve been working on it so hard for so long and I can’t believe we actually did it. 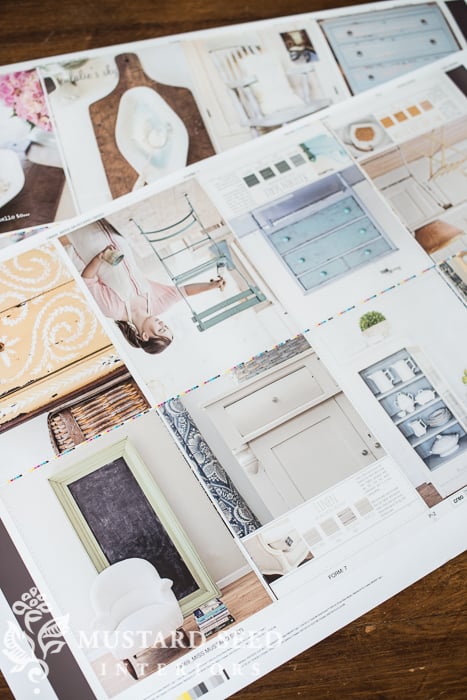 I spread them out on my living room floor and laid on my tummy, looking at every detail. 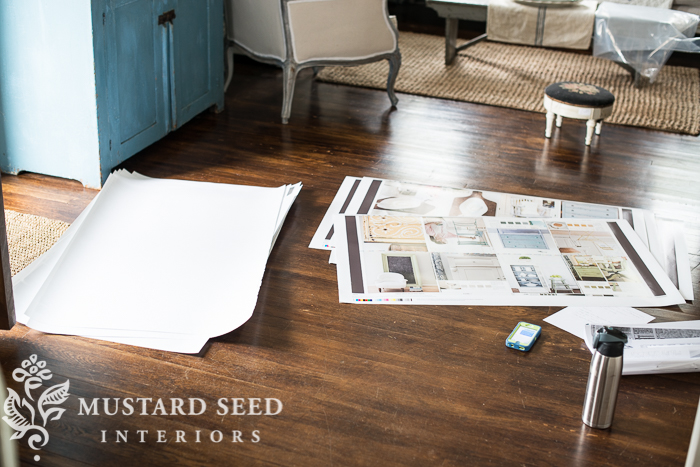 It’s really not just a look book.  It’s more of a magazine with tutorials, tips, inspirational before & afters and spreads on all of the products.  We’re just a few days away from cranking out 5,000 of these and it’s a big, scary step.  It’s been so fun to work on, though, that I already have “look book two” in the works.  (I’ll share more details on them soon.)  They’ll be available for purchase at MMSMP retailers in a few weeks.

Lastly, it’s the final days of the 20% discount at Barn & Willow, if you’re interested in Belgian linen drapes like the ones in my family room.  The coupon code is JULYLINEN. 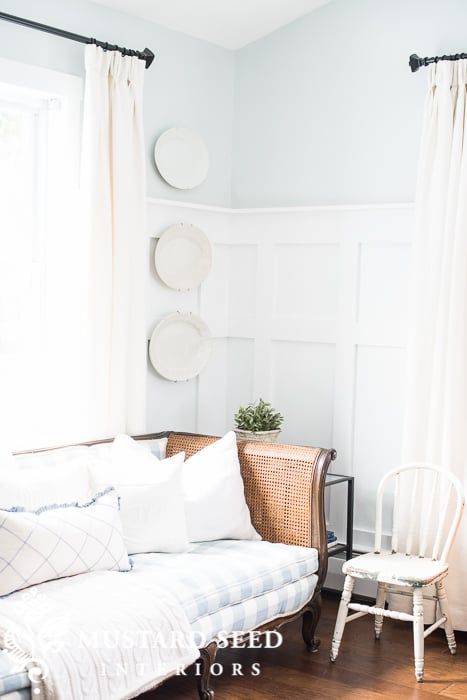