A few months ago, I was writing some content for a potential book project and I discovered that I was talking more to myself than to anyone else.  I was saying something to the effect of, “If you’re feeling stuck in a room, the likely culprit is the lack of a statement piece.”  As soon as I finished writing that segment, I ran up the steps and stood in the doorway of our master bedroom.  I took in the view of the large, light-filled space.

It’s a beautiful room.  I’ve never had a prettier room in my life.  But it’s not quite there.  And it has nothing to do with the room itself.  I was given a perfect blank slate without any quirks to contemplate.  It has everything to do with the fact that there isn’t a statement piece – a compass to which all of the other design elements and decisions can align.  There is a great foundation and a bunch of beautiful things in a beautiful room without any clear direction. 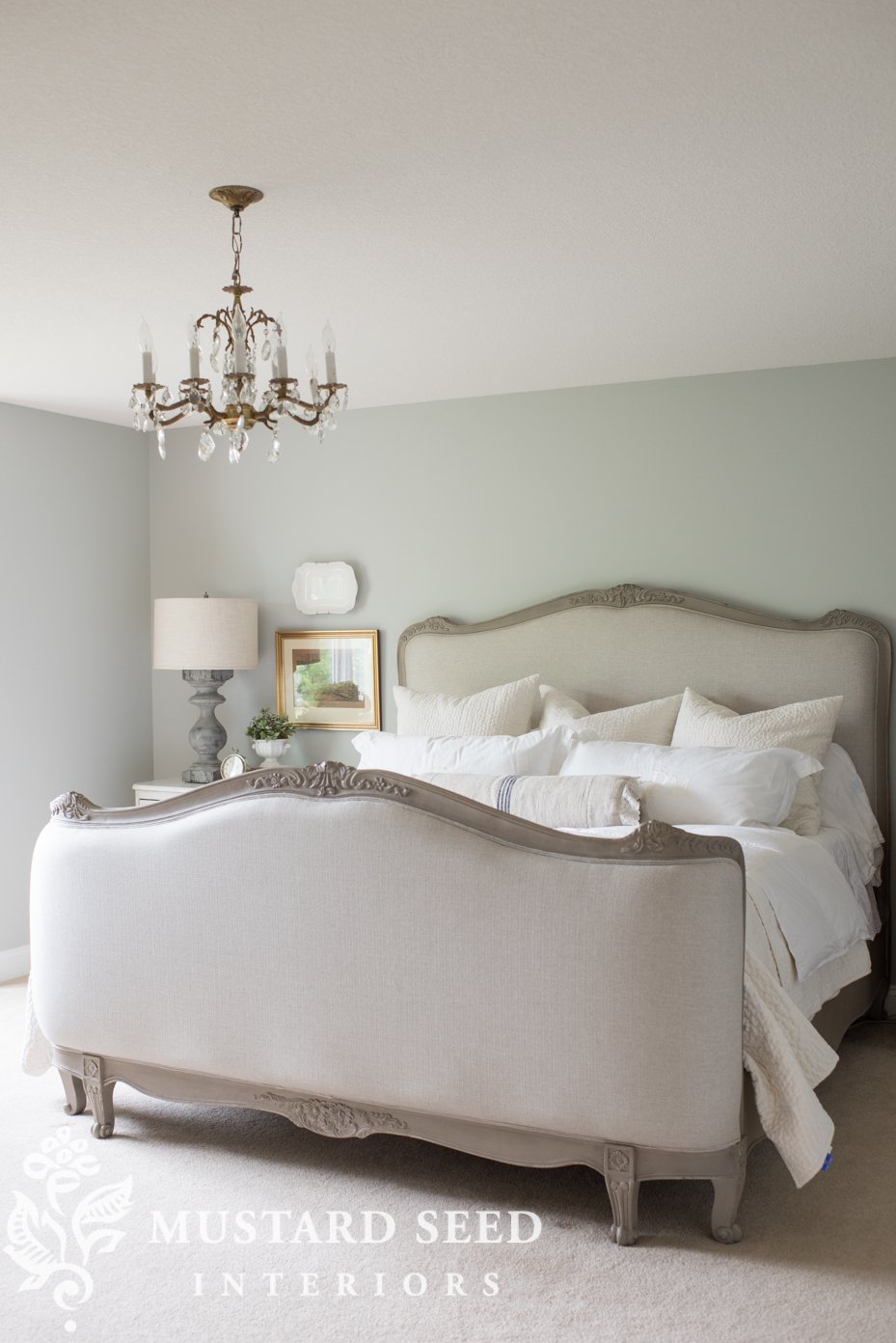 The bed is definitely the star of the show and it has the potential to be the statement piece, but it’s not quite there, yet.  It’s hard to tell in these photos, but even this kingsized bed with a fairly large-scale upholstered frame looks small in this room.  And, given that it’s very neutral, it doesn’t command as much attention as you would imagine from seeing it fill the frame of a photo.

I love the curtain fabric, but it would benefit from being in some other places in the room and having some complimentary buddies introducing other colors and patterns.  Fortunately, I do have some leftover curtain fabric that I can use for pillows, etc. or to upholstery a pretty French-style chair for the desk (I’m still hunting for one). 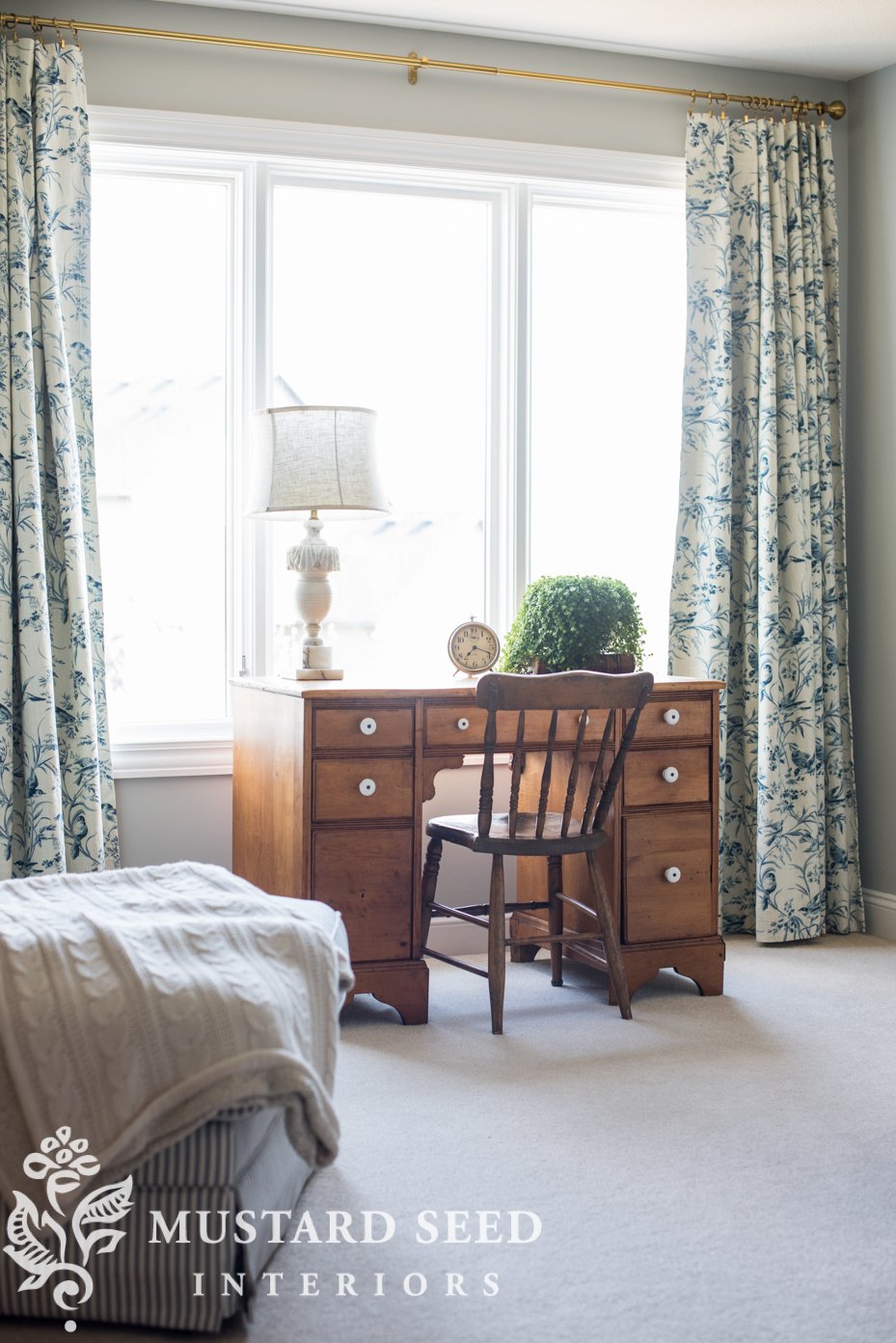 I am planning to eventually add wainscoting and crown molding in here and that will add a lot of architectural interest. 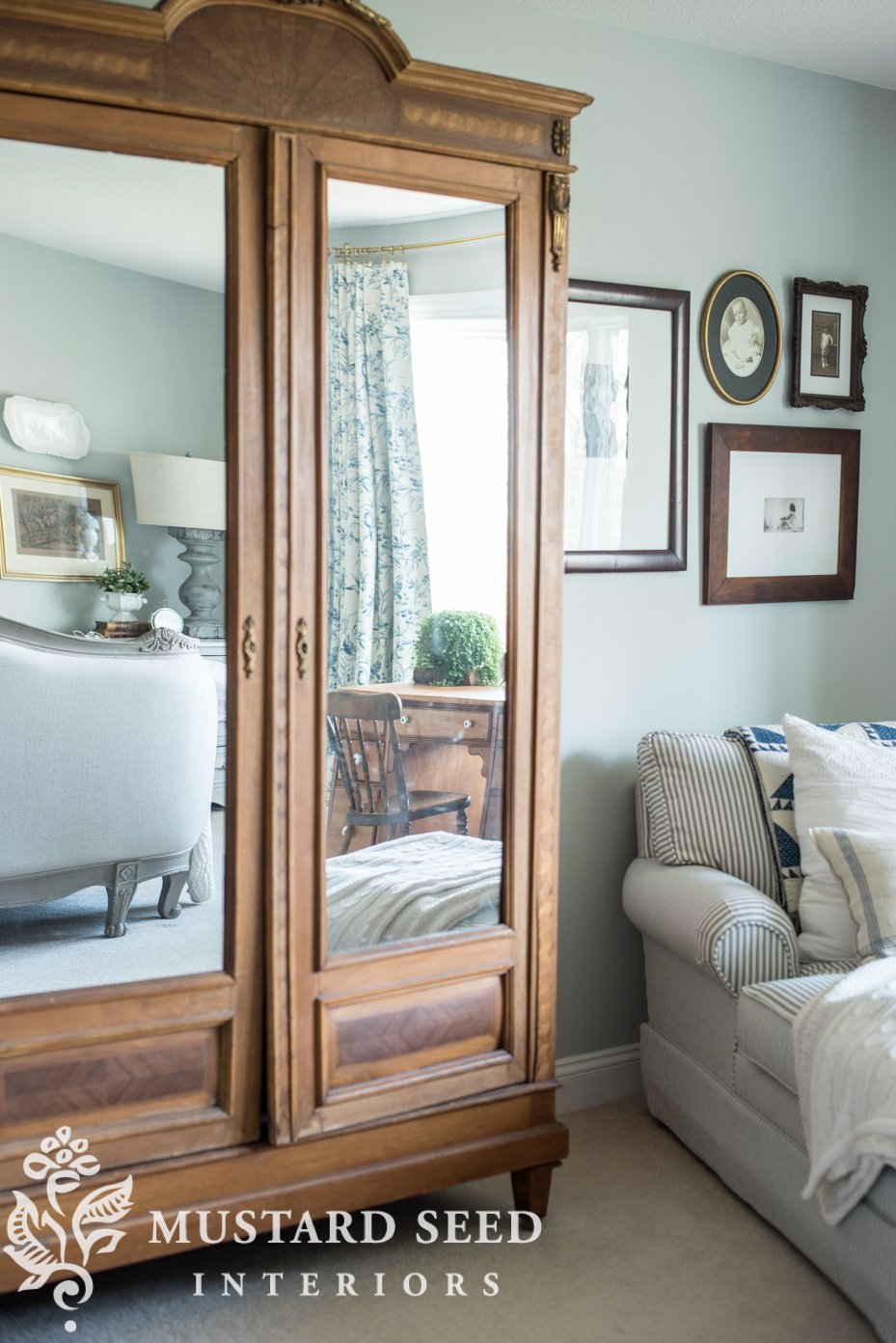 But, there is still the question of the statement piece.  And, I don’t know the answer.  I’m still mulling it over and, since it’s a beautiful room as is, I don’t feel like I’m in a huge hurry.  A couple of thoughts are… adding a traditional Serapi-style rug with muted blues and rusts and/or adding a cornice over the bed and using more fabric there.

I saw magnificent cornices in Italy and it just about killed me that I couldn’t fit them in my suitcase.  I am actually going to see if there is a way I can cut one up, fit it in a box or two, and ship it to myself!  That idea is probably crazy, but I’m going to see if it’s even in the realm of possibility. 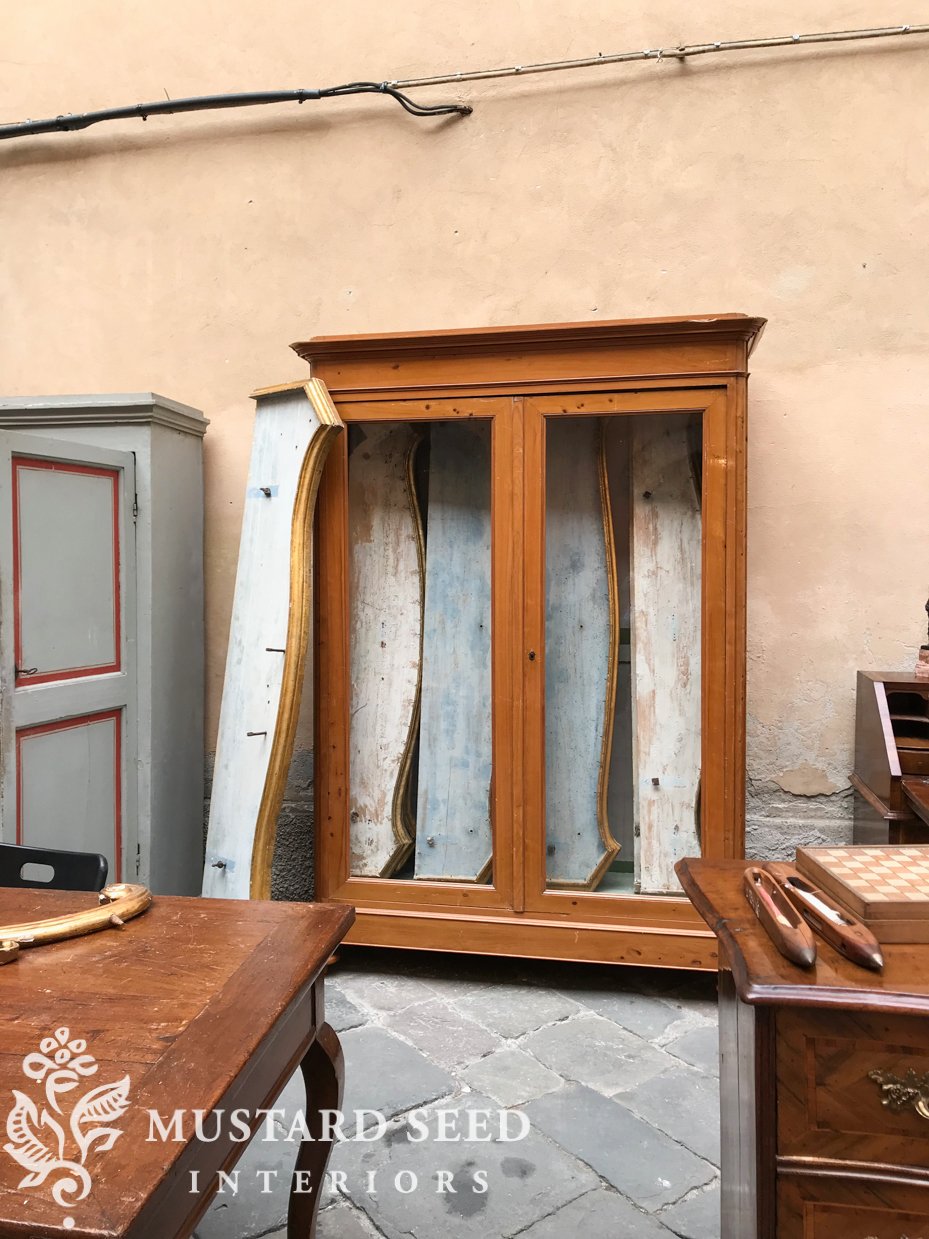 I know it will all come together eventually and, when I find “that thing” or when the right idea hits, it’ll take the room over the top.

It helps me to have identified what’s missing, so I will know it when I find it! 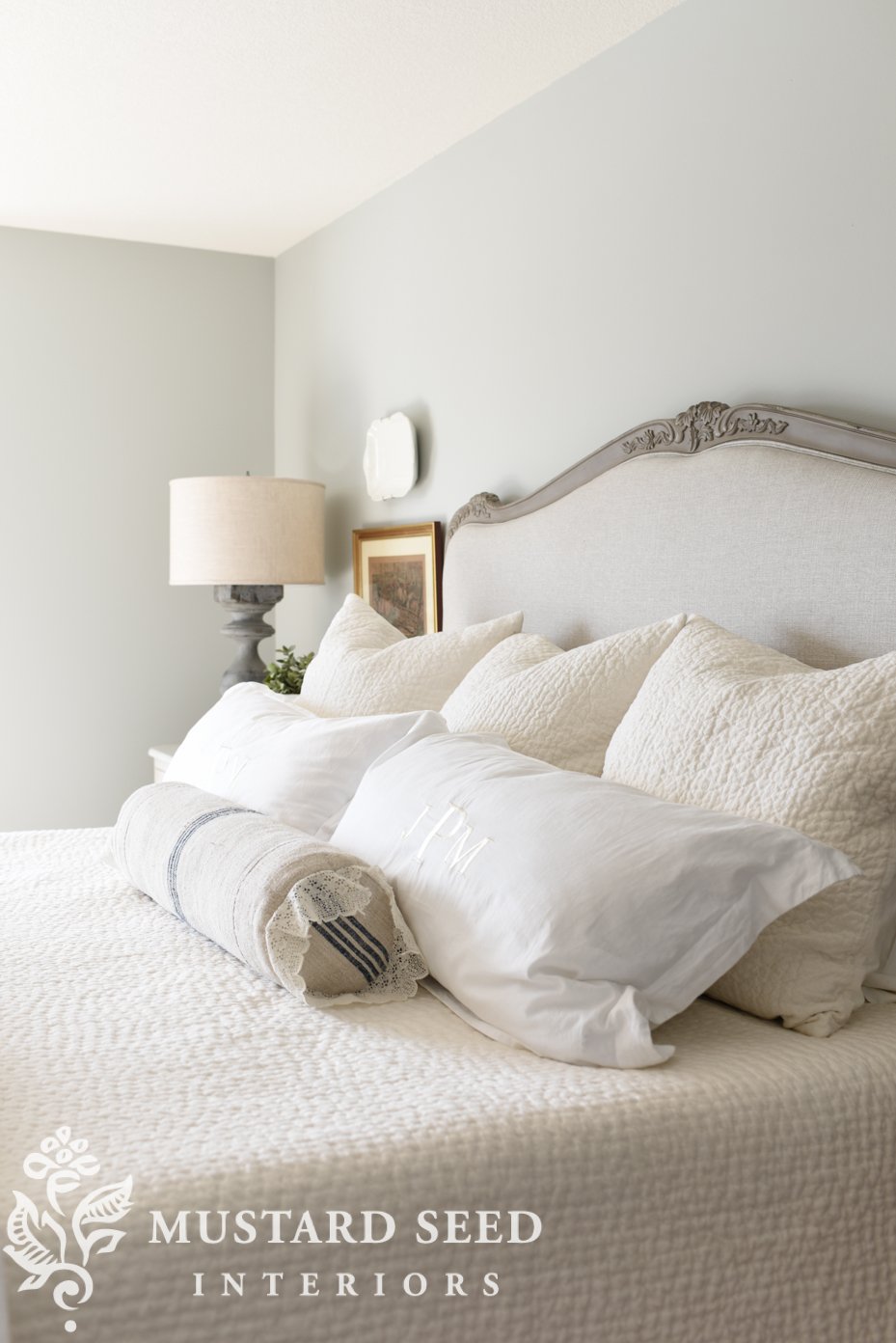 90 Comments on “What’s missing from your room?”