I have fallen in love with an old-school craft…cross-stitching.

I know it has a reputation for being dated, but that has a lot more to do with the patterns and the cross-stitch kits available than it does the craft itself.

So, this renewed interest in needlework came about when I noticed that my favorite antique textiles were those that were monogrammed.  And then I noticed that most of those monograms were simple cross-stitching, using the natural “grid” pattern in linen to make the X’s. 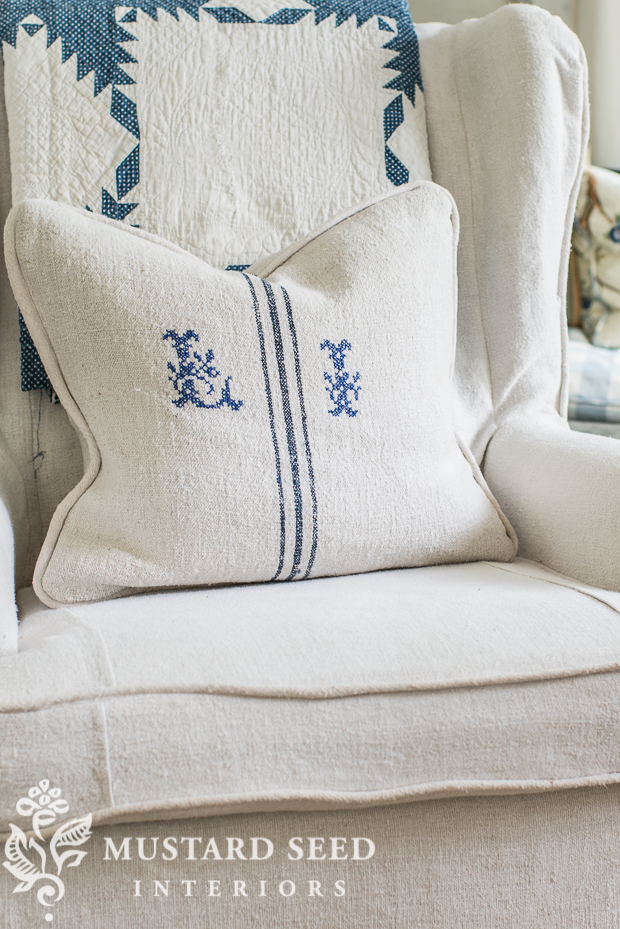 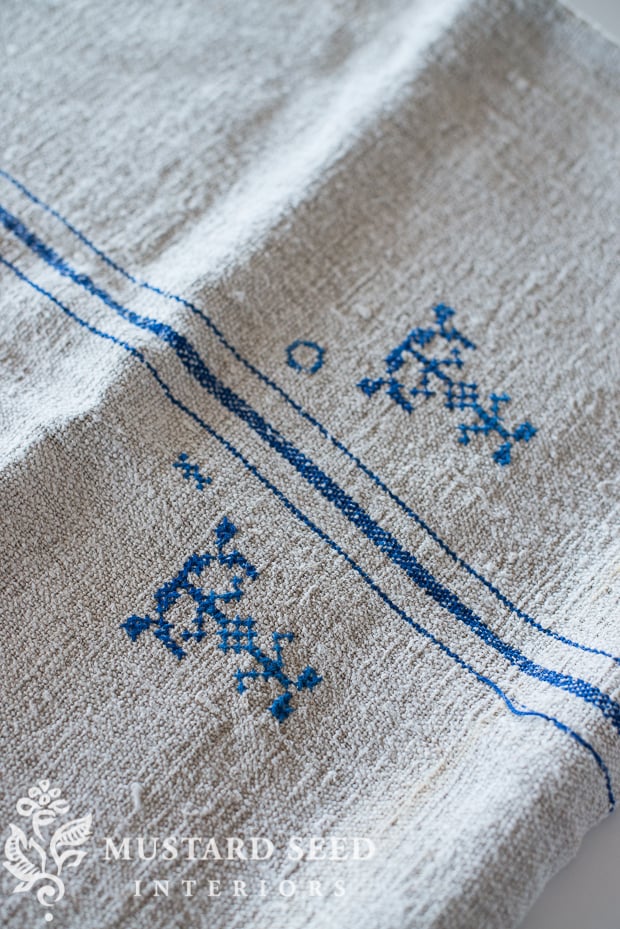 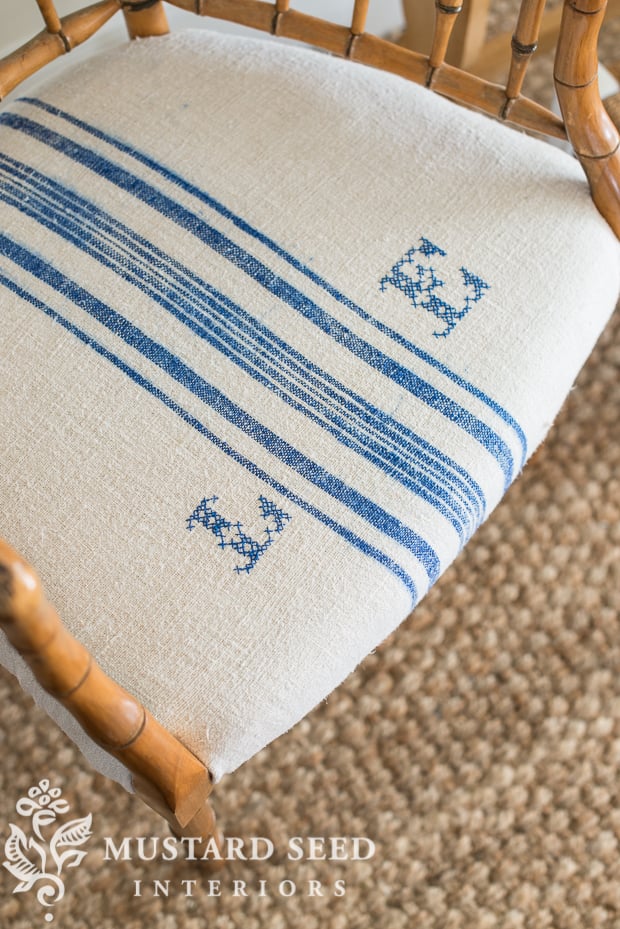 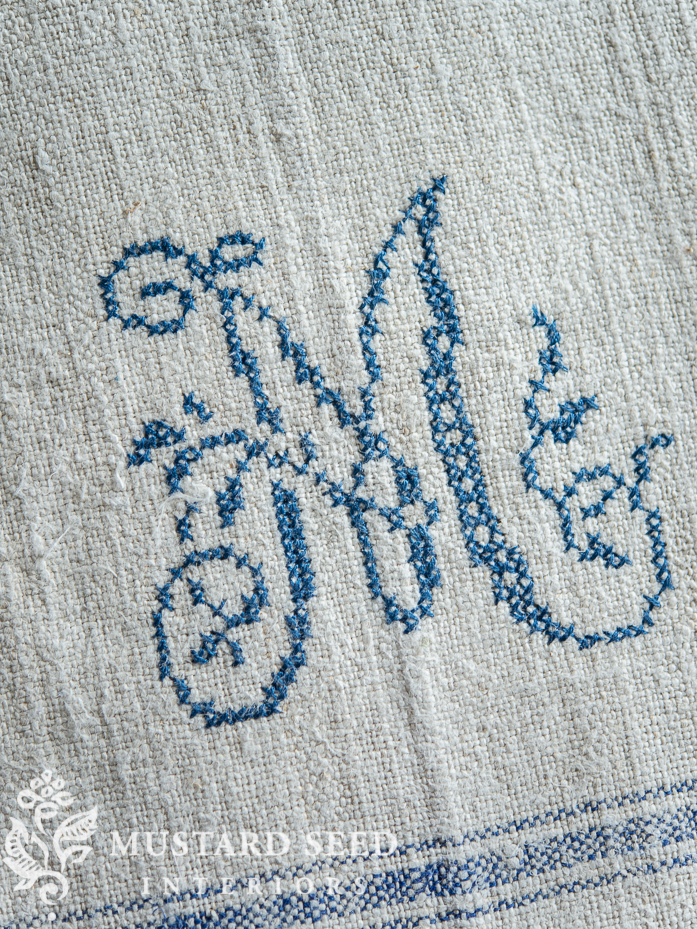 …and the results looked so authentic that it had me giddy with excitement to stitch some more. 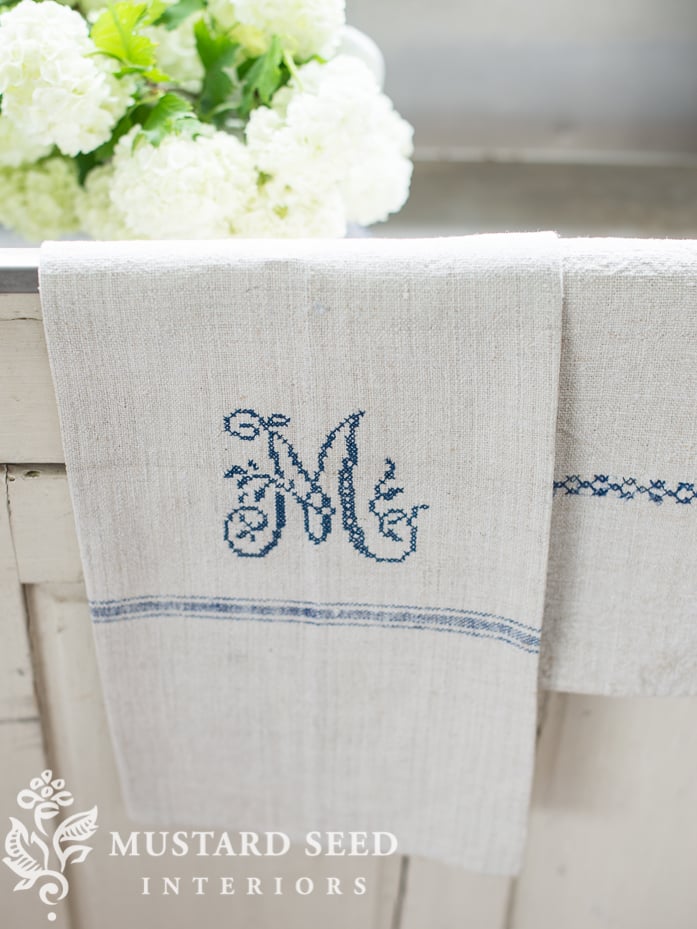 I have been looking around at various cross-stitch letters online to find the style that will look original on antique linen.  I found a “P” that I liked and marked it out.  Now, I think graph paper would be best for this, but I didn’t have any on hand, so I just worked with what I had.  The boxes in the sketch are empty squares.  I drew them in where I thought I might need help counting. 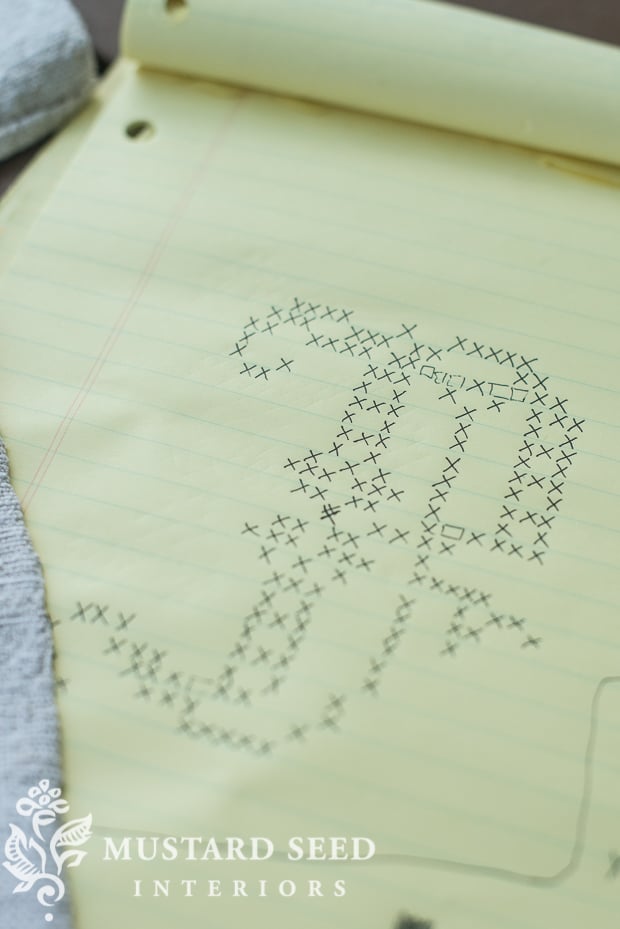 …and I’m cross-stitching the “P” on a linen tea towel.  It already has a cross-stitch border, so the monogram is going to look perfect on this particular piece. 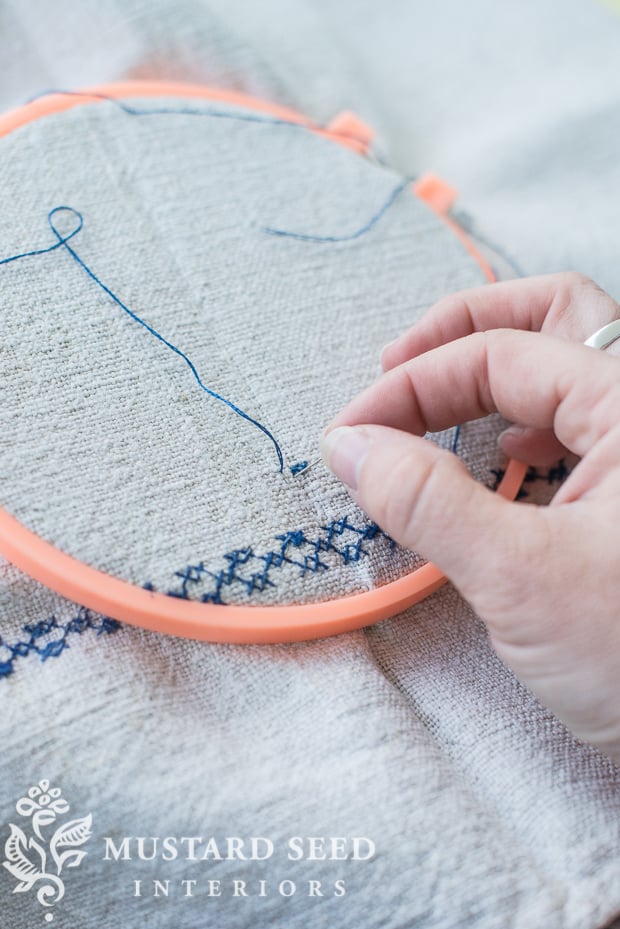 Jeff was my camera man and he flinched when I nicked him with the needle as I was pulling it back!  Poor guy.  He puts up with a lot!

In fact, I was working on this while on vacation.  If you’re going to cross-stitch, why not do it on a balcony overlooking the ocean?  I told Kriste I was going to work on it while at the beach and she said, “Oh, you’re going to be one of those people.” 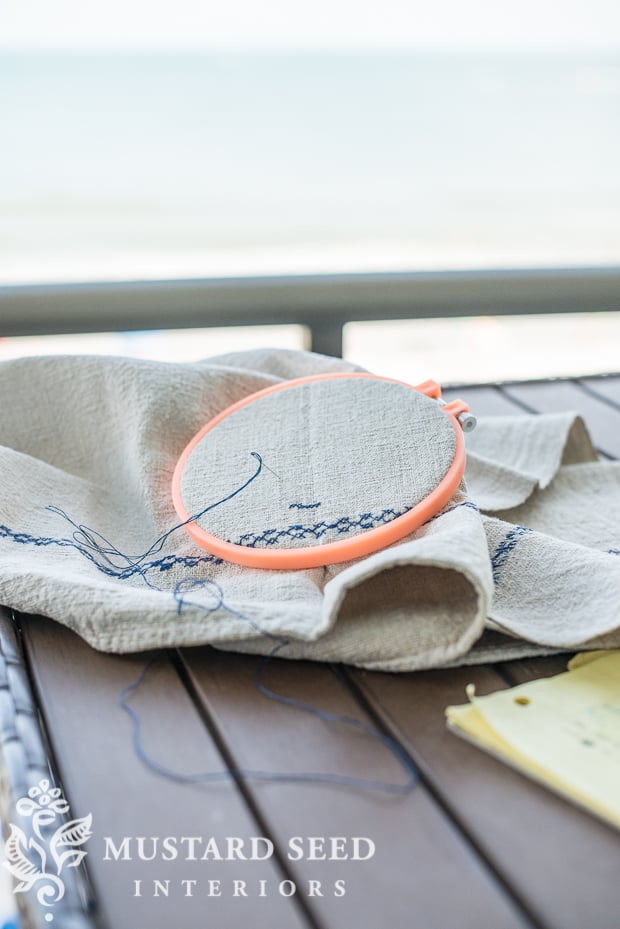 And now I’m noticing cross-stitch on linen everywhere and I can’t wait to draw up some more patterns (which I’ll share) and work on some more projects.

Here are a few pieces I found as inspiration… 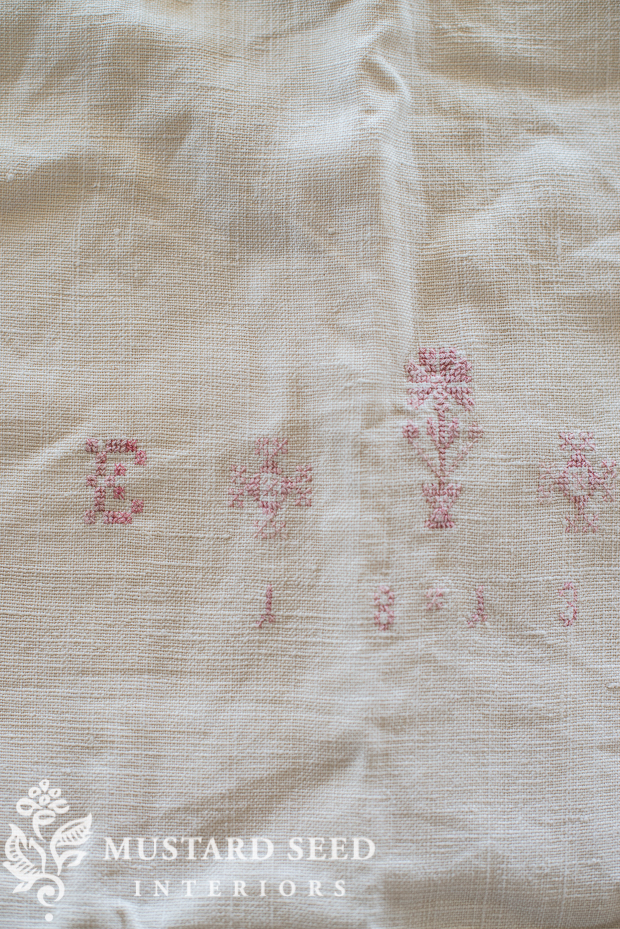 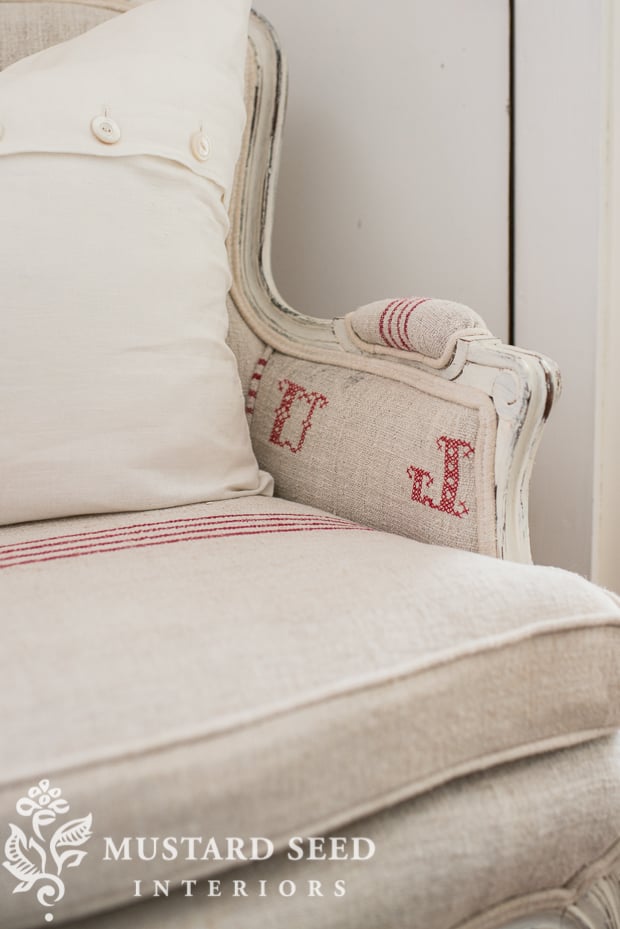 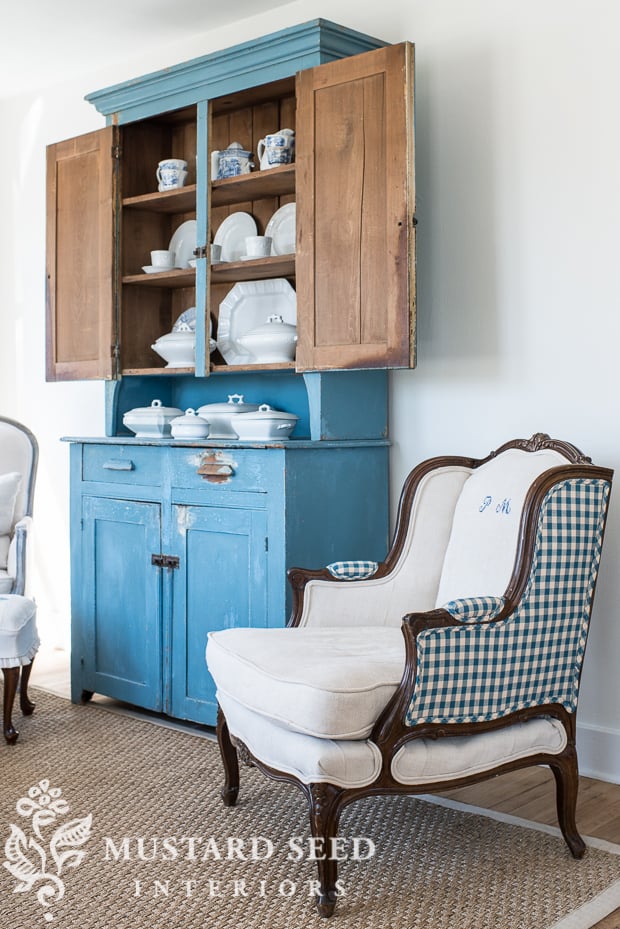 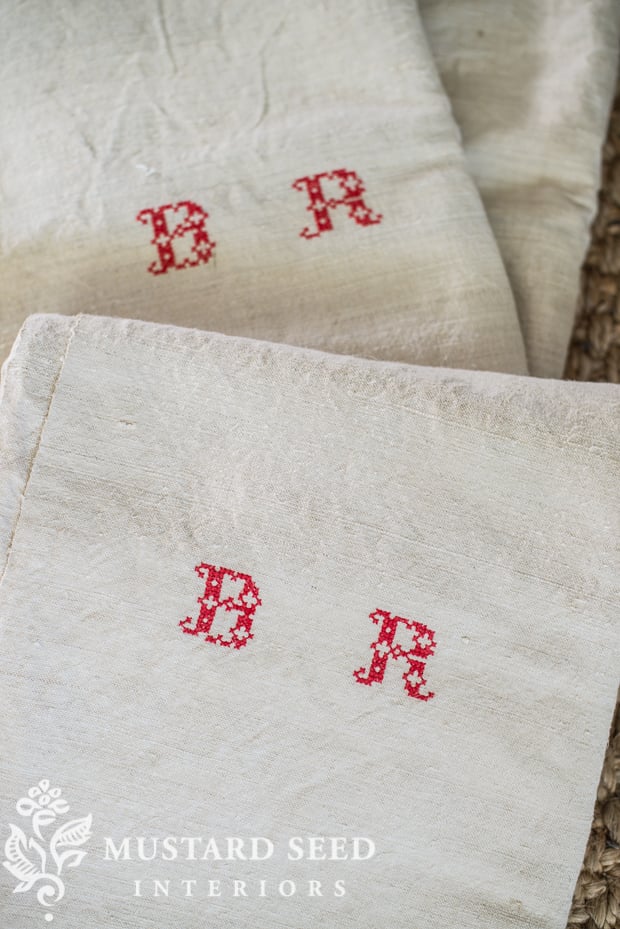 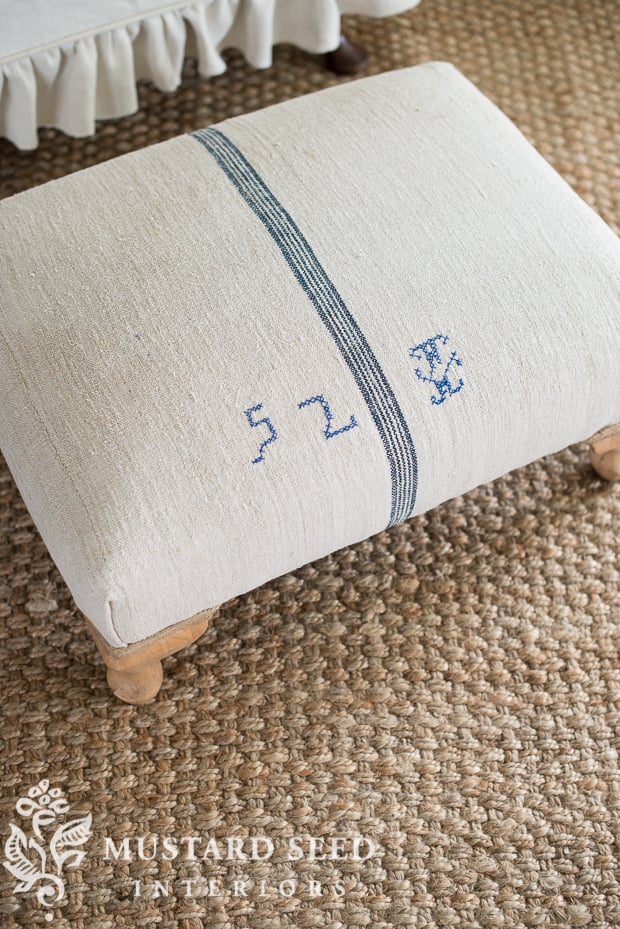 I’ll turn some of these inspiration pieces into patterns as well, when I have the time.

A few tips for cross-stitching on linen…

And, before I sign off for the night, I had to share where the ottoman above ended up… 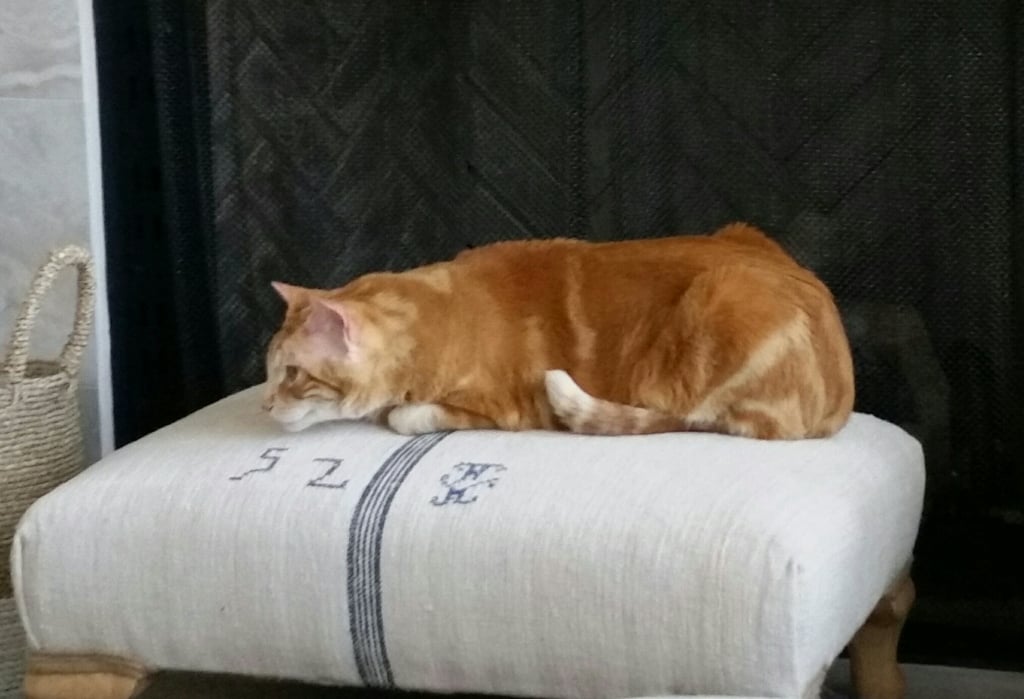 I sold it at Lucketts to a woman who thought her cat (Marmalade, I think) would like it as a bed.  She brought it home and the cat climbed right up and slept on it.  I am definitely a cat person, so I appreciated getting a picture of the new owner enjoying it!