I think I’ve mentioned it a time or two that I was looking for a bench, settee, sofa, or daybed to put under the window in our master bedroom.  The hunt has been a bit harder than I expected.  Once I compared the measurements of my space (as well as the door leading into the bedroom) to pieces I was finding on craigslist and Facebook Marketplace, I realized that I was looking for something very specific.   It would either take just the right amount of thrifting serendipity or a willingness to splurge on a new piece or an antique one that would have to be shipped.  I found some online that I loved, but they were way outside of the budget I set for this piece. I found a new one that was the right size and within the budget, but I was afraid I might regret not waiting for an antique piece.  I revisited it again and again and couldn’t bring myself to buy it.  I’m so glad I waited because the perfect antique Jenny Lind day bed made an appearance on Facebook Marketplace earlier week!

It was exactly what I had been looking for…an antique daybed that would fill the space without overwhelming it.  It would basically be a free-standing window seat.  I was looking for one that was Swedish or French, but I knew it was far more likely that I would find an American-made antique daybed in my area, especially with Gold Rush and Junk Bonanza canceled.  And even though I knew it was *more* likely, I wasn’t hopeful that I would find the exact thing I envisioned without waiting a long time.

Now, I have waited a few months, but I was resigned to the fact that it could take years to find just the right piece and I decided I would just leave the space open until I crossed paths with the right one.  Well, that happened on Monday!

After not checking Facebook Marketplace or craigslist for a few days, I decided to check on a whim.  I just about jumped out of my chair when I saw an antique Jenny Lind daybed 15 minutes from my house for $100.  I quickly messaged the owner and asked for the dimensions to make sure it would fit.  The measurements were perfect for my little nook and, more importantly, it would fit through the door!  (That’s been a surprisingly tricky thing about this particular room.  If it’s wider than 30″, it’s not going in.)

I was able to pick the daybed up that afternoon… 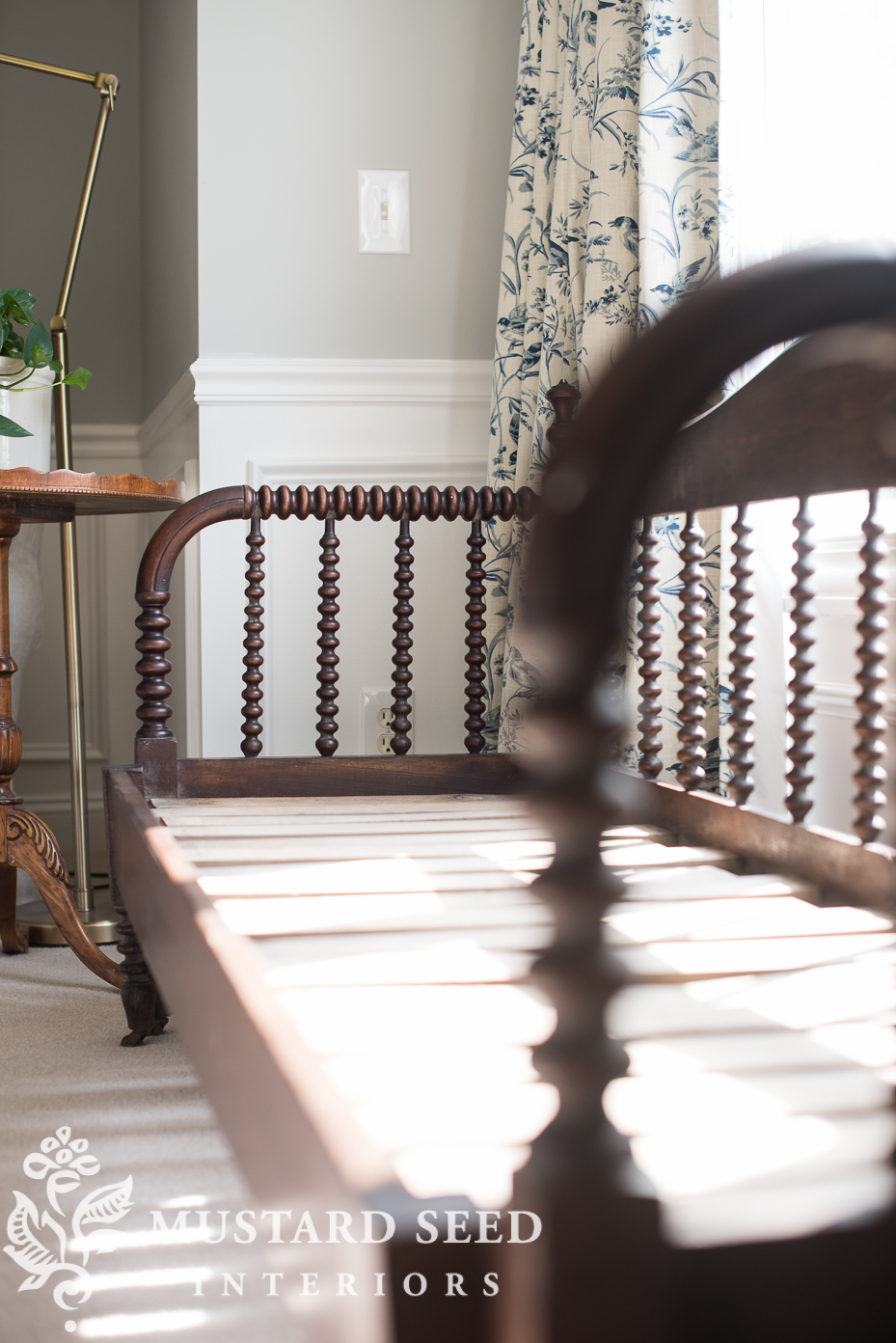 I bought and sold a similar bed, but it didn’t have a back and it didn’t expand.

This is the only picture I could find of it.  I bought it from one of my regular pickers in PA and sold it at the first Chapel Market in Alabama in 2013. 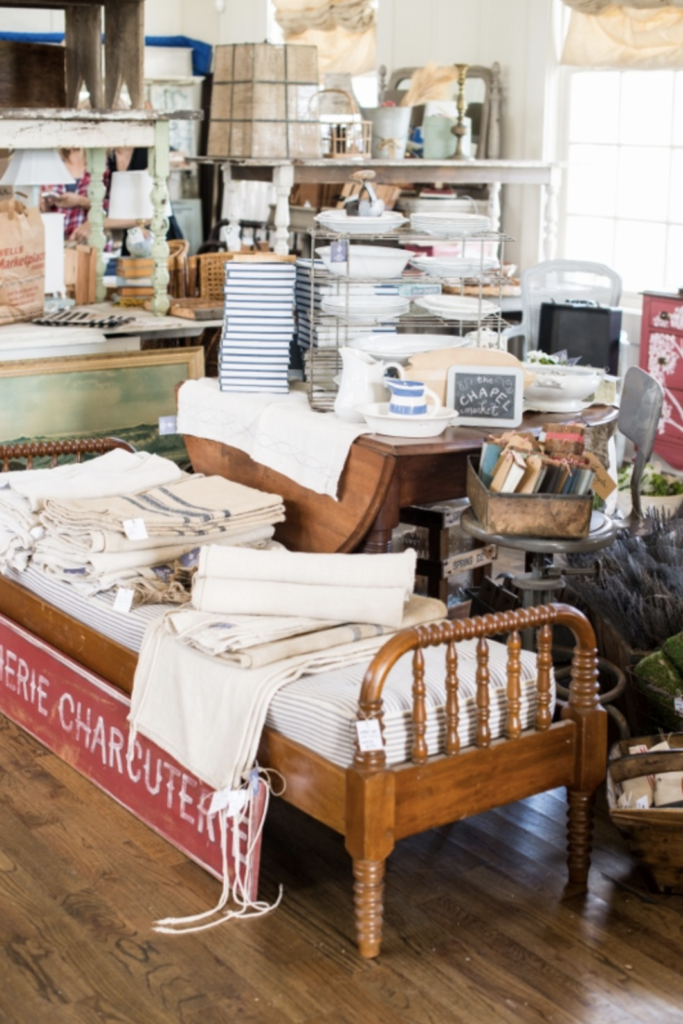 It actually wasn’t a daybed, but a bed that was used for servants and/or laborers. It was so narrow!  It’s hard to imagine an adult male sleeping on it.  It made a great little bench, though, and it’s one of those pieces I’ve thought about often over the years.

The antique Jenny Lind daybed I bought this week is really pretty clever in that the front piece pulls out, extending to make the bed larger.  I won’t be using it that way, but it’s nice to have that option. 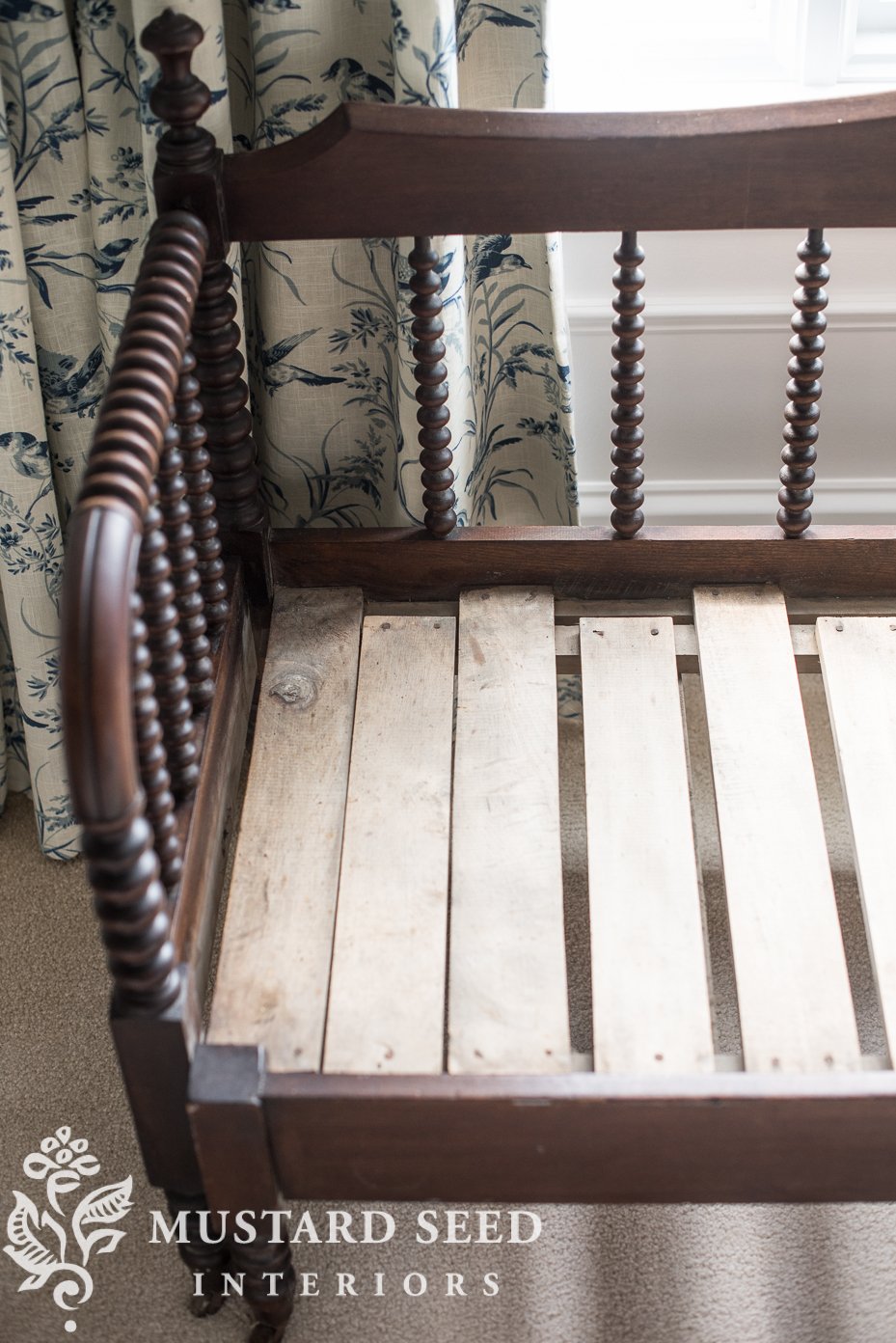 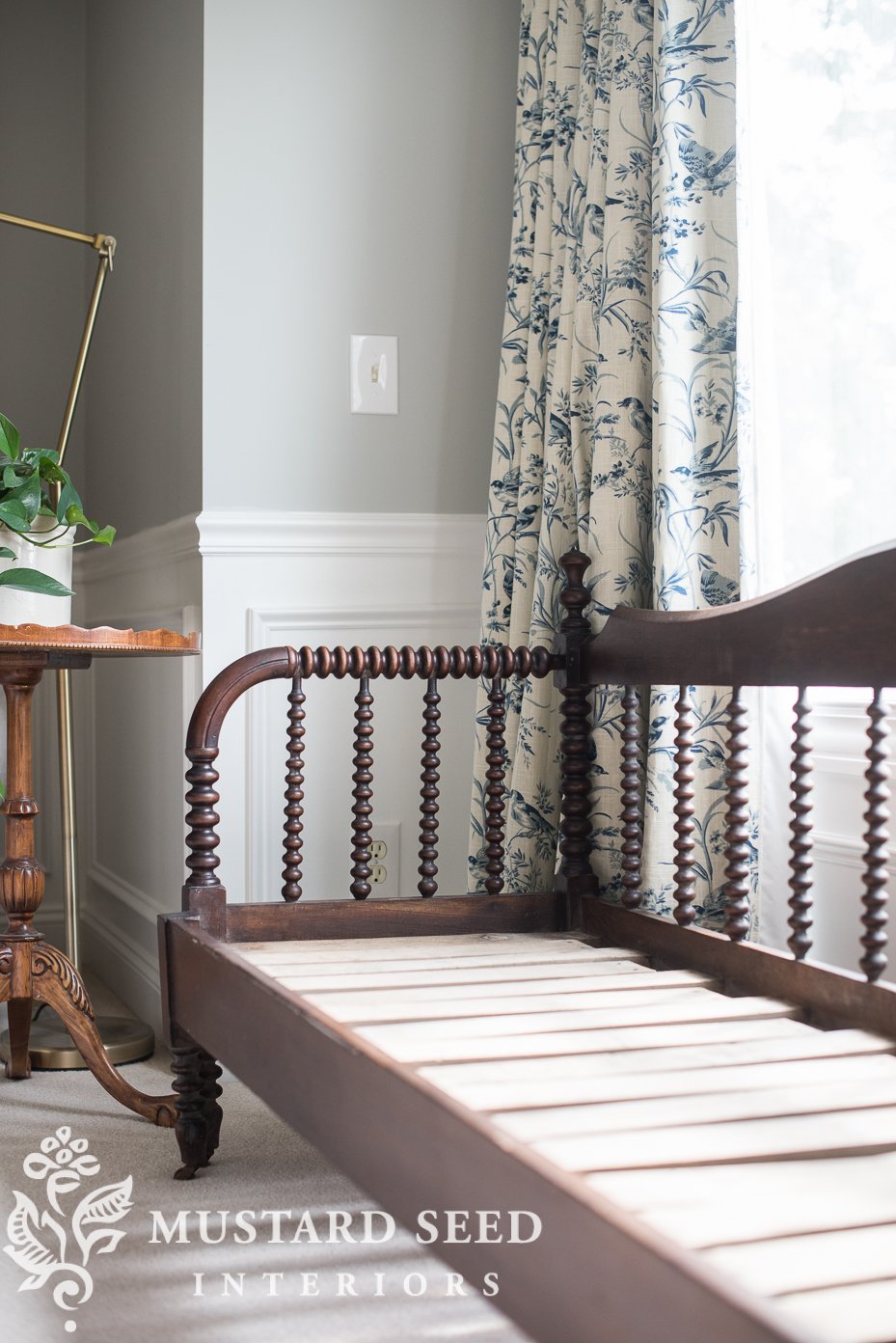 This antique Jenny Lind day bed really is a lovely piece and perfect for my space.  It’s also sturdy and in pristine condition.  I need to dust it a little bit, but otherwise, it just needs a cushion and a few pillows and it’s good to go! 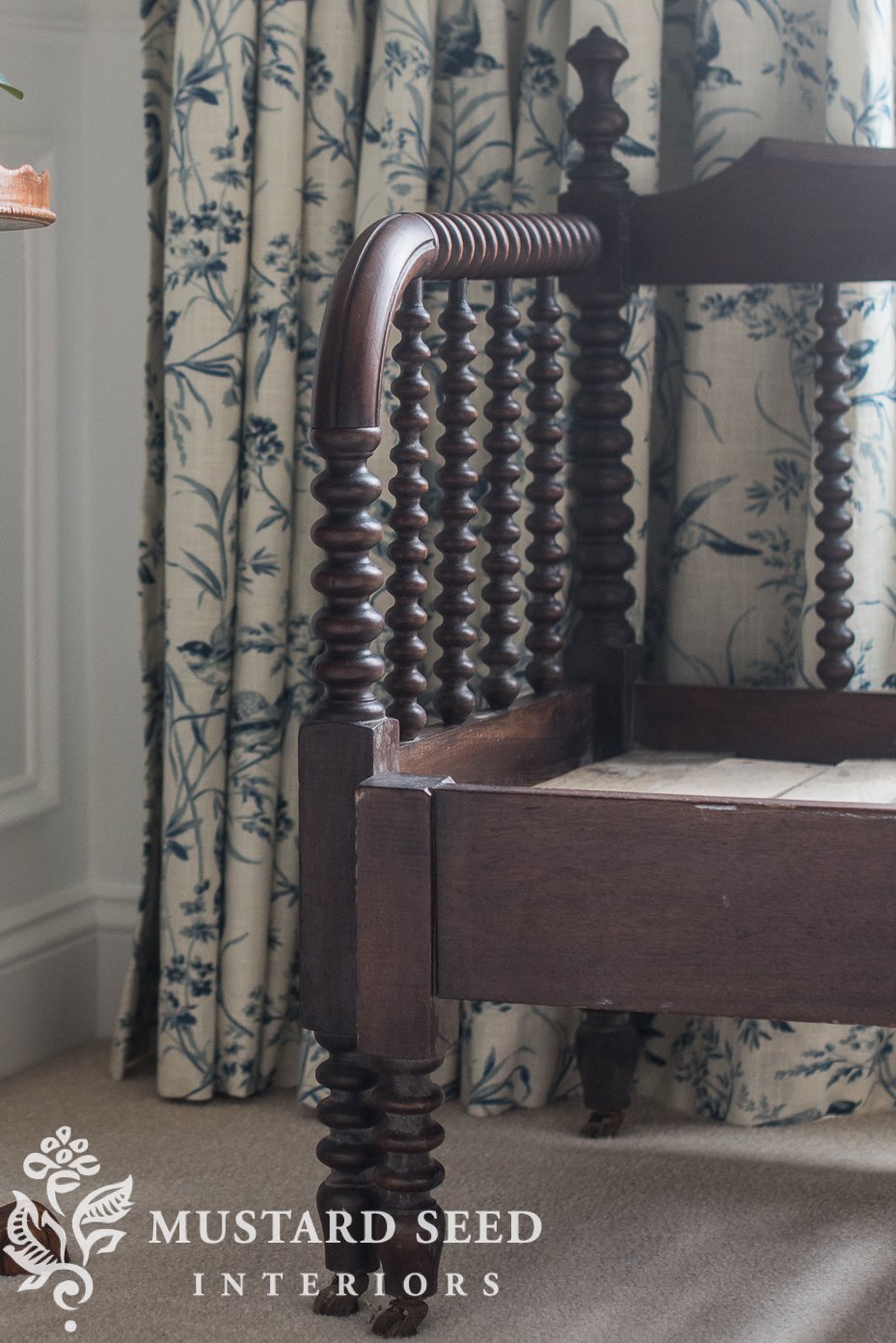