a little “spring cleaning” for my indoor plants

Just a quick bit of business first…  We were having some technical glitches with the Personal Retreat Guide for Creatives yesterday, but it’s working now.  If you were having that trouble, you can click HERE, enter your e-mail, click subscribe, and then you’ll get an e-mail to download the guide.  Sorry about that!

I noticed last week that some of my house plants were looking a little sad.  It wasn’t that they were unhealthy, but they needed to be cleaned up a little…trimmed, have the dead leaves shaken out, etc.  So, I took a little bit of time to give them a little “spring cleaning”.

Both of my indoor gardenia plants were holding onto a bunch of dried out and dead leaves inside their living foliage, so I took each one of them out on the deck and pick them all out.  I was nervous they would look naked after I did that, but they look fuller and healthier with the crispy leaves snagged and hanging out in their branches. 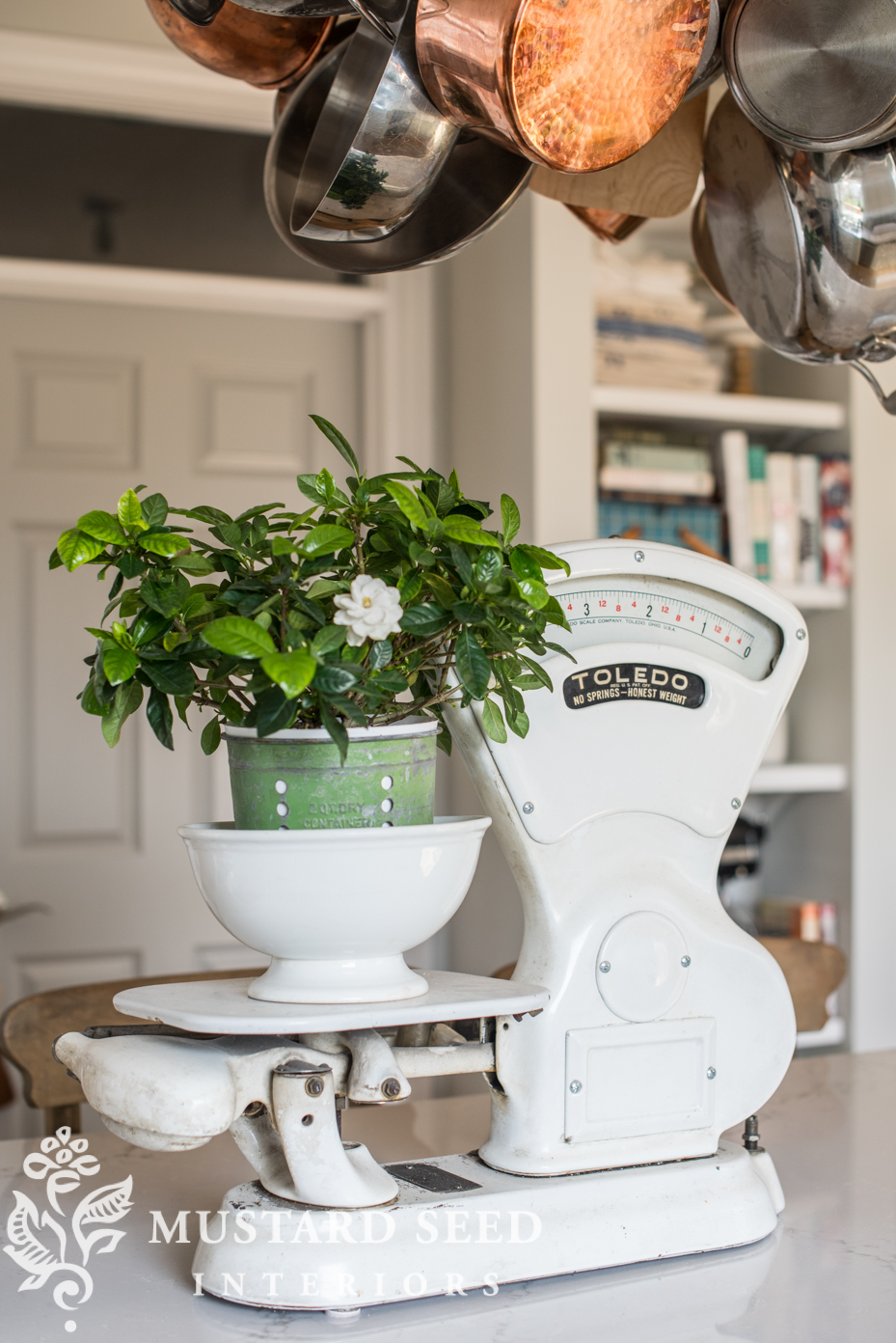 The gardenia topiary was looking very lopsided, so I pruned it into a nicer ball shape.  I also deadheaded faded flowers.  I’ve already had to repot this guy once, but I’ll probably have to do it again. 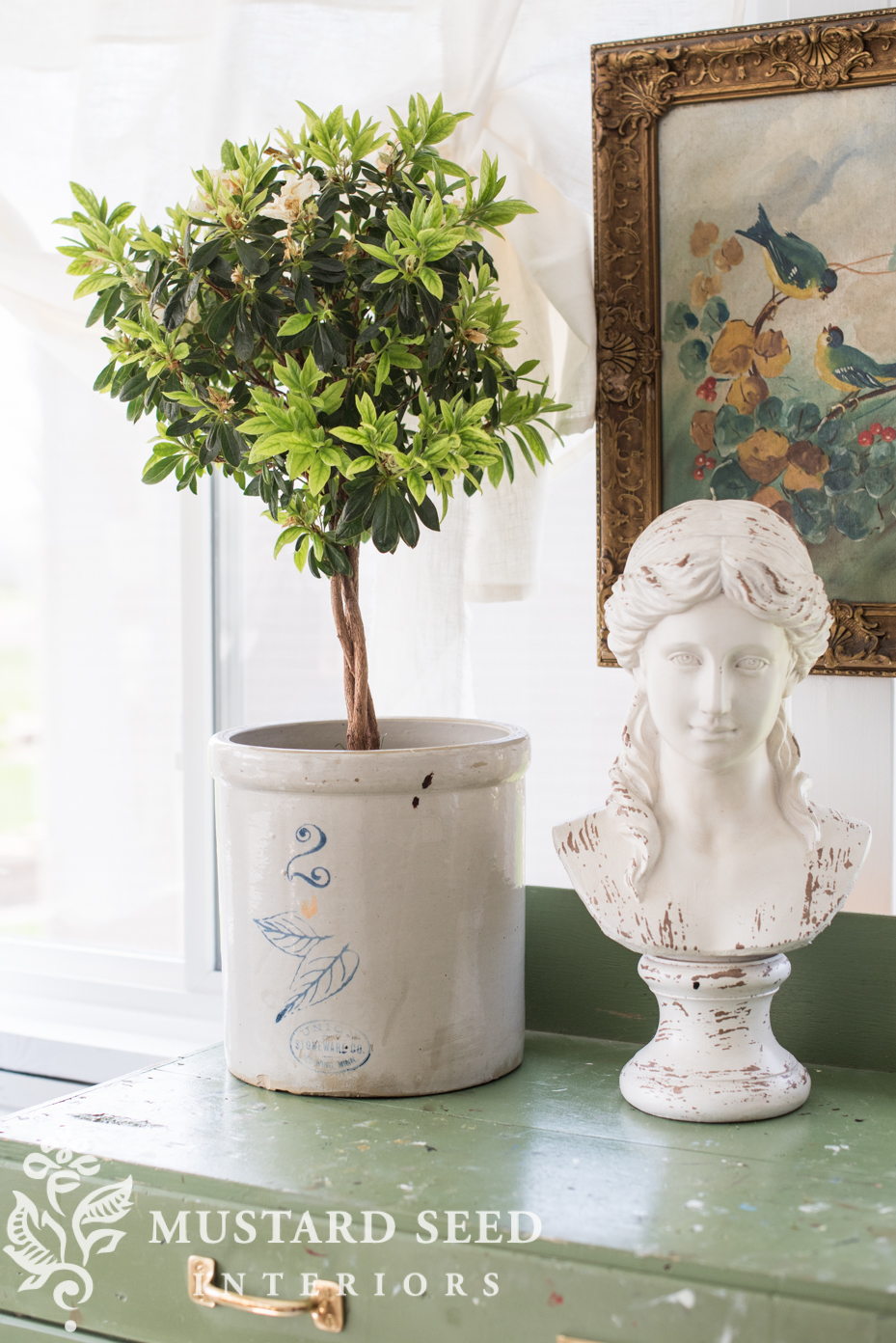 My rosemary topiaries were growing in all sorts of odd shapes, so I pruned them, even if it meant they were going to look a little scrawny for a while. 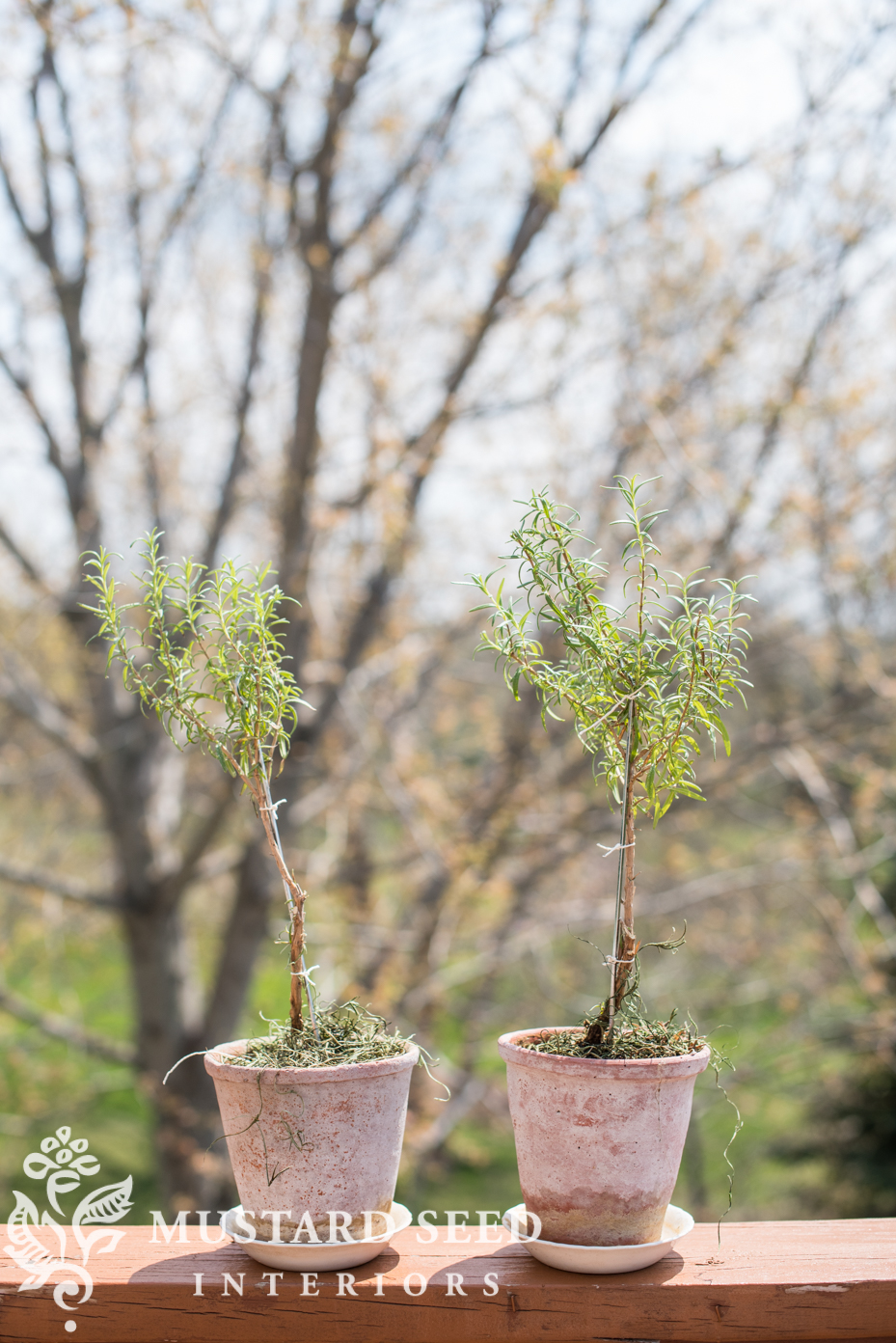 I didn’t have any plant stakes, so I tied them onto bar-b-que skewers!  It’s going to take them a while to look nice again, but they’ll be better topiaries for the pruning.  You can see how these rosemary plants looked last year in THIS POST.  They were just tiny little things. 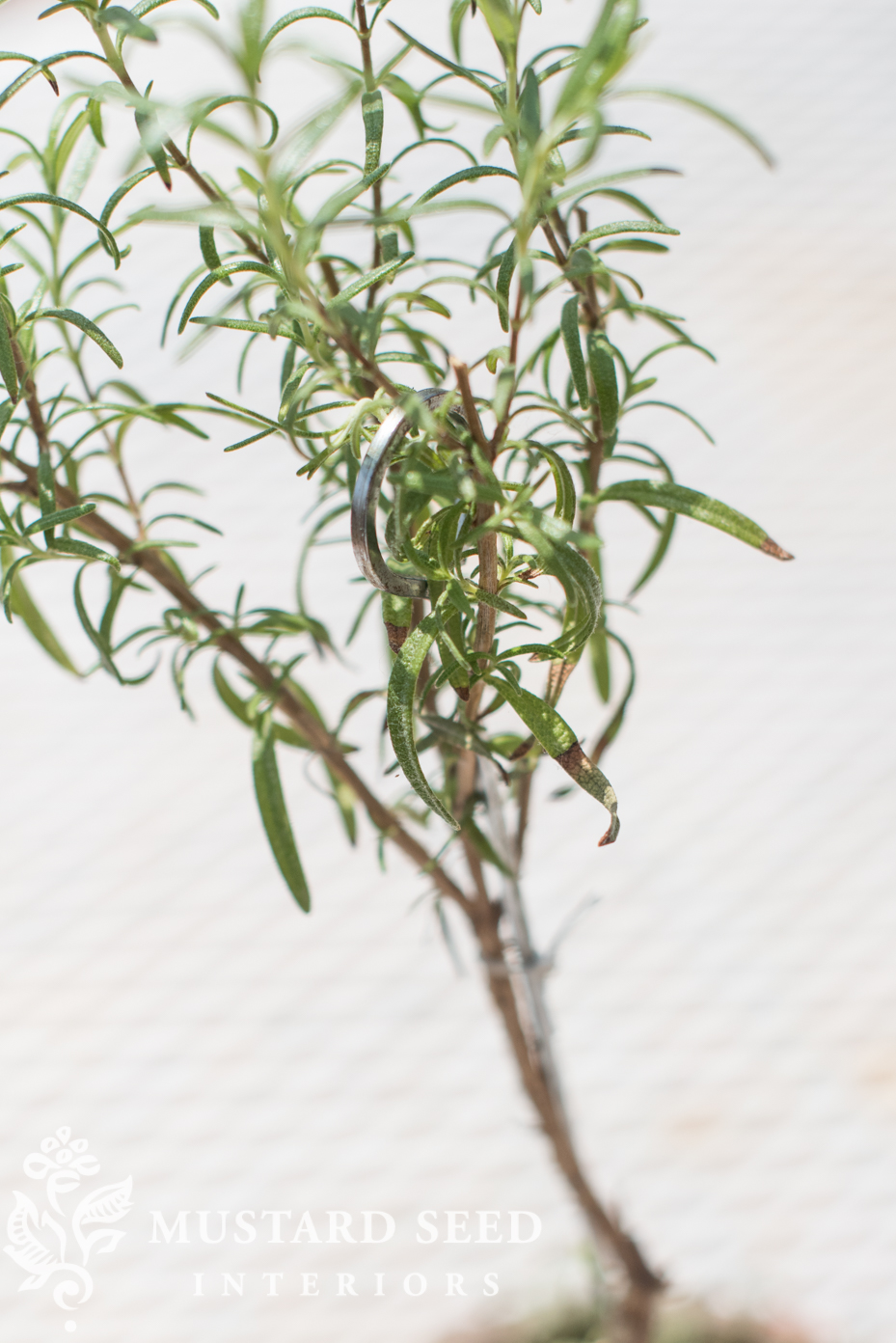 It’s warm enough that they can hang out outside now and they will benefit from getting lots of sun and fresh air.

Now the funny thing about these is that the other day, Jeff walked into my office with a fistful (and I mean a big fistful of rosemary).  “Is this the right thing to put in my bone broth?”  At first, I was aghast at the fact that he just assaulted and mutilated one of my freshly pruned rosemary topiaries, but I realized that he just didn’t know I was intentionally trying to shape them into little balls on sticks.  He just doesn’t think that way.  Second, I realized he was actually looking for thyme.  Besides, using the amount of rosemary he had in his fist would’ve been more like rosemary tea than bone broth.

I directed him to the thyme plant on the kitchen table that I had just repotted, and asked him to leave my pathetic rosemary topiaries alone.

The thyme was clearly outgrowing its current pot and it was also ready to make the move outside. 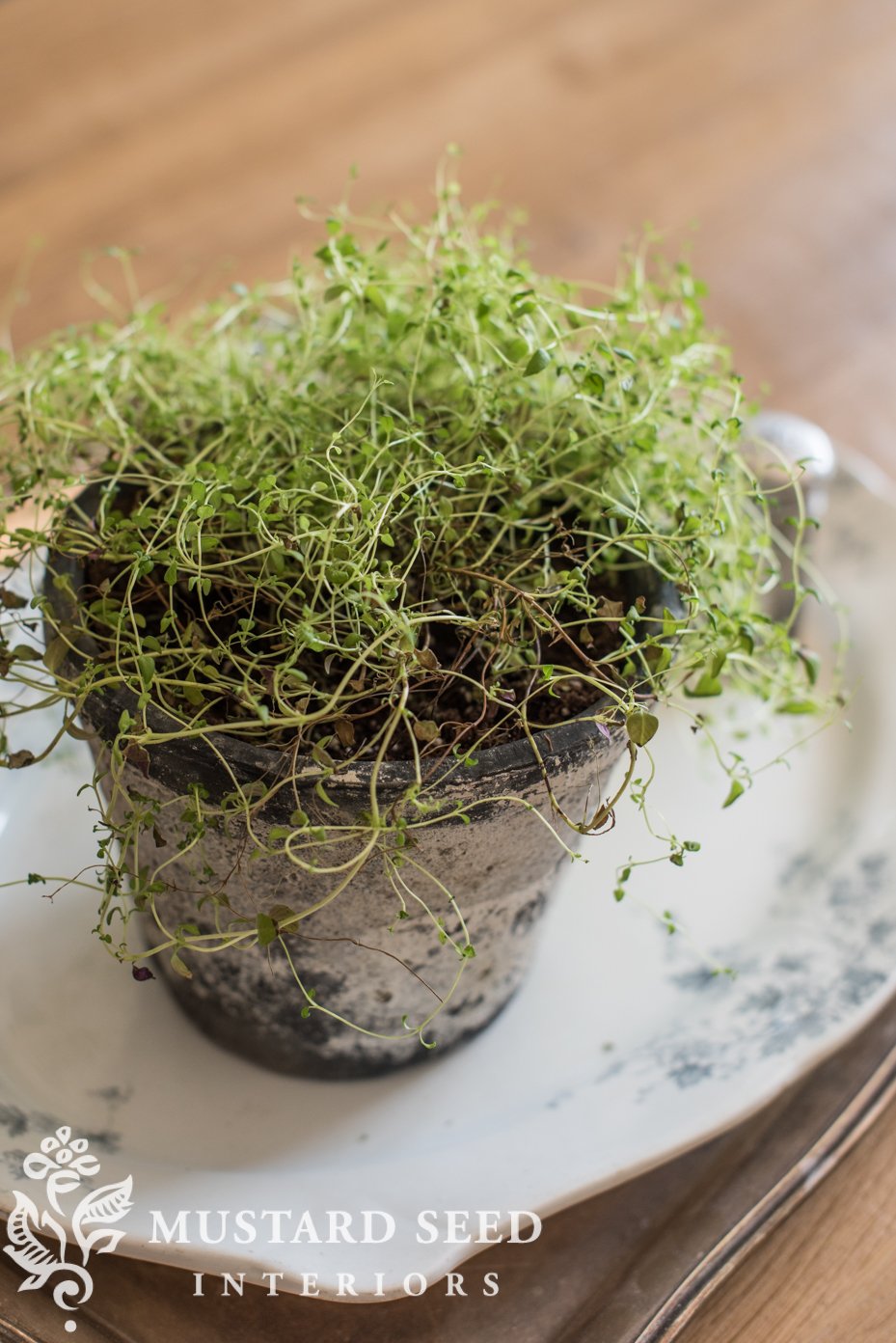 And I added some citrus fertilizer to my lemon tree.  It has a few spider mites, so I need to clean it off with soapy water (which worked really well last year) and move it outside once it’s warm enough.  It’ll spend the summer outside, too.

I have loved having a lemon tree, but this one is a slow grower and instead of growing up, seems to be growing out!  I am considering buying one that looks like an actual tree to have in my studio.  I just don’t know if this one is going to grow very well. 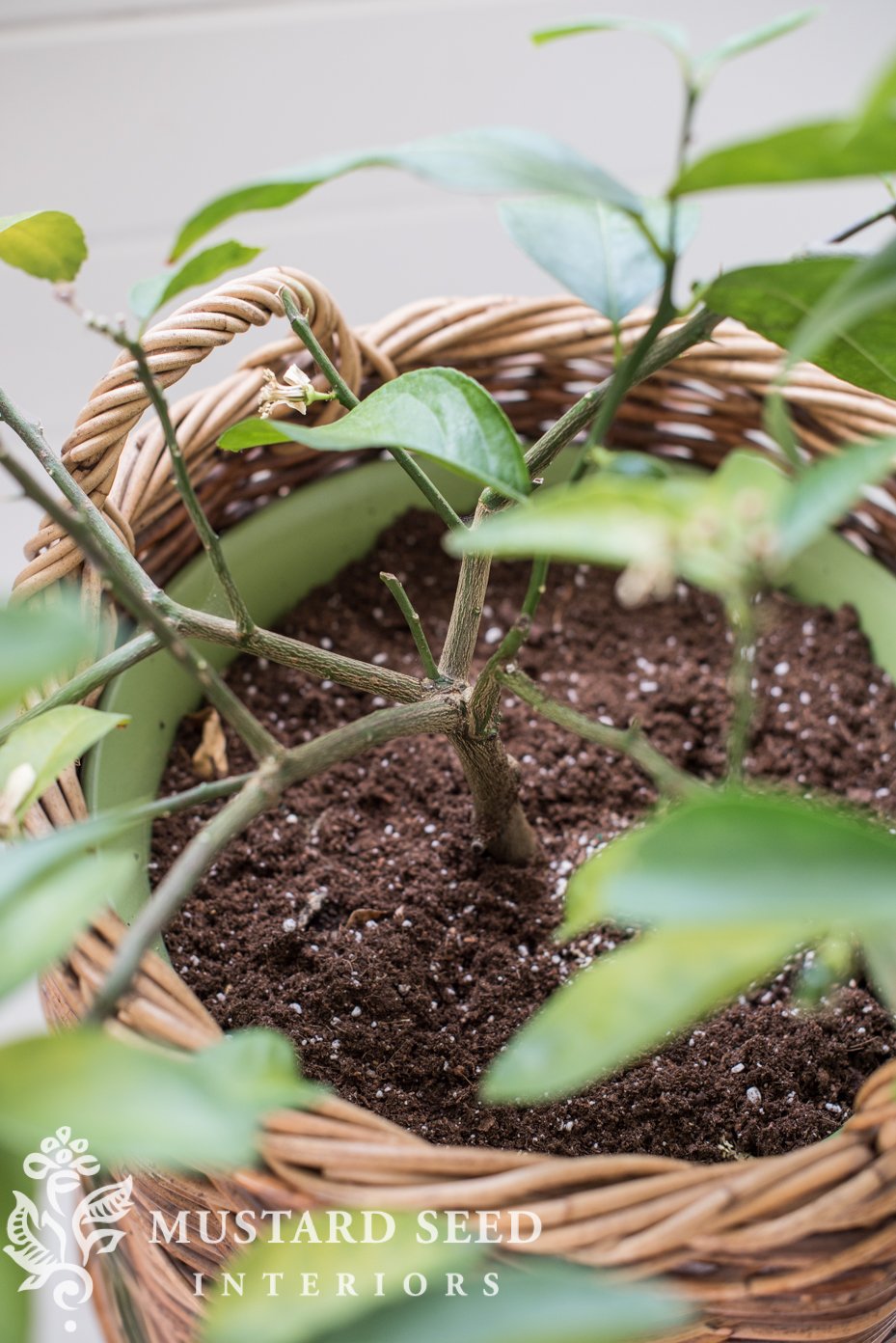 See how it has four even stems instead of one main trunk?  Any ideas for fixing that?

Despite the slow and sideways growth, it has produced a few lemons!  I have felt like a proud mom watching them grow and then turn yellow. 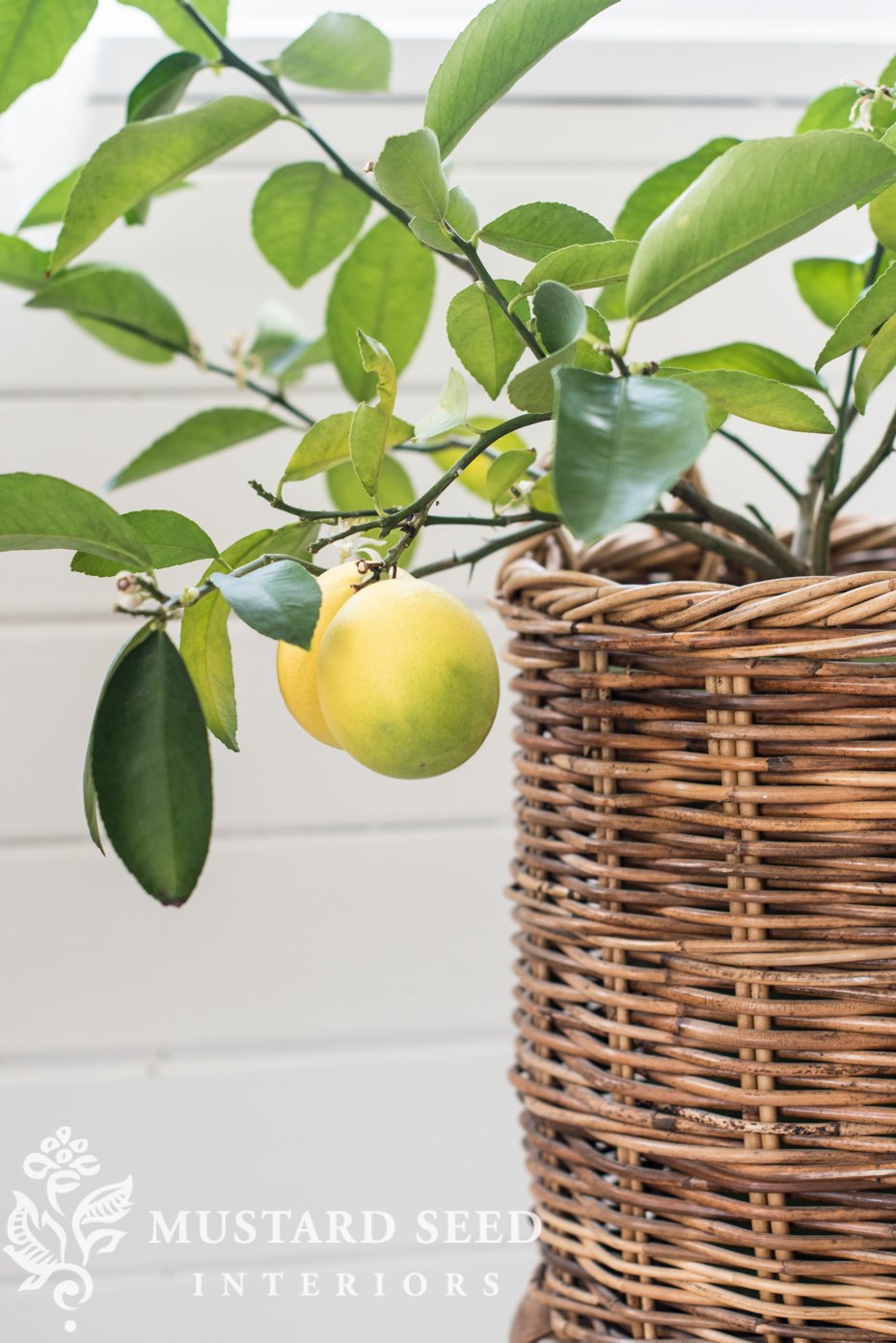 I also gave all of the plants some indoor plant fertilizer, which I do regularly anyway, but this was a good time to feed all of them. 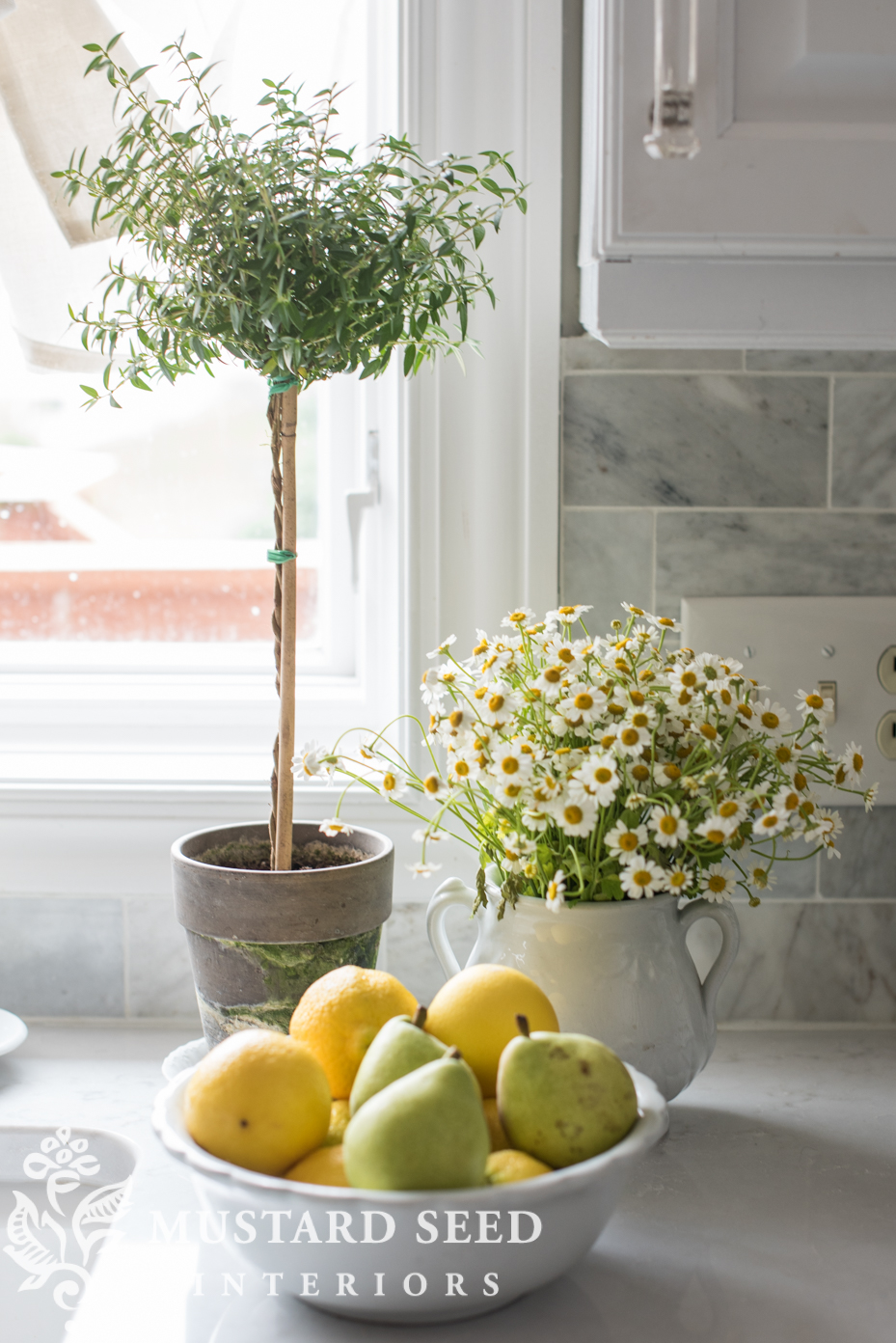 Now that we’re finally into mid-May, I’ll start working on the outdoor garden soon, but it was nice to give the indoor plants some attention and get them tidied up!

Today, I’m heading down to Florida to spend some time at the beach with Shaunna.  I cannot wait to get my toes in the sand and spend some much needed time collaborating and recharging my batteries…