Saturday was Jeff’s birthday and he went out for a special father-son breakfast for some time with our youngest before we spent time together as a family.  On their way home, he saw that there was an antique market happening at the Rochester Fair Grounds.  And, believe it or not, he called and told me about it (no. 1) and then (no. 2) he actually suggested we go there together as a family.  Now, Jeff has always been supportive of my antique habit (unless it involves moving something huge), but he’s not usually one to suggest going to an event, especially with the kids and especially on his birthday.

After I checked to make sure he wasn’t joking or ill, I gave an enthusiastic yes.

So, we all went to the antique market, which is a small offshoot of the Gold Rush Days that happens in Oronoco and Rochester in August each year.

And, we had a great time.  The boys found some rocks and minerals to buy for their collections and I enjoyed showing them rotary phones and eight tracks and other things that are foreign to them.  I wasn’t there to do serious shopping, but I did take out some cash in case I found anything.  I was on the lookout for a desk chair since the one I’ve been using in my studio broke last week (it’s the French chair cane and the cane bottom finally gave out, which was a huge boost to my ego.)  I can fix the chair, but if I could find a $10-15 replacement that would be more comfortable, it would be a win.  I came up empty on the desk chair, but I did find a few things.

I came out of one booth with a slim, black case under my arm and I said to Jeff, “Don’t worry…”

He cut me off, “We have another set of antique silverware we’ll never use.”

“No, we have a set of bakelite flatware specifically for eating fish.  So, when we eat fish, we’ll have the proper utensils.”

I think we were saying the same thing… 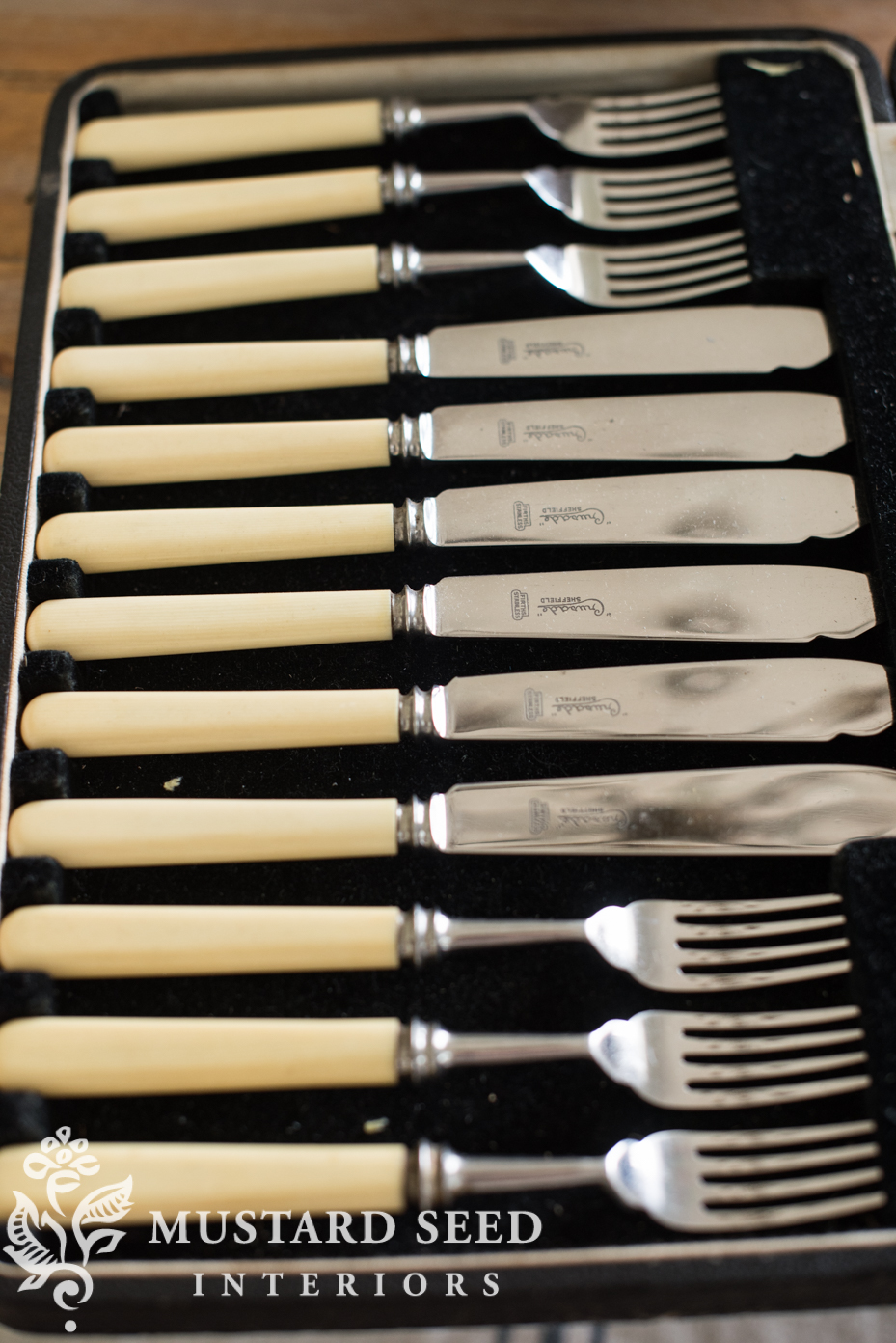 I actually bought the set because of the delicate curve of the forks and the knife blades and because it looked brand new.  It was probably a wedding gift that spent most of its life in a buffet.

And, since they are in such pristine condition, I’m going to find excuses to use them just so I can prove Jeff wrong! 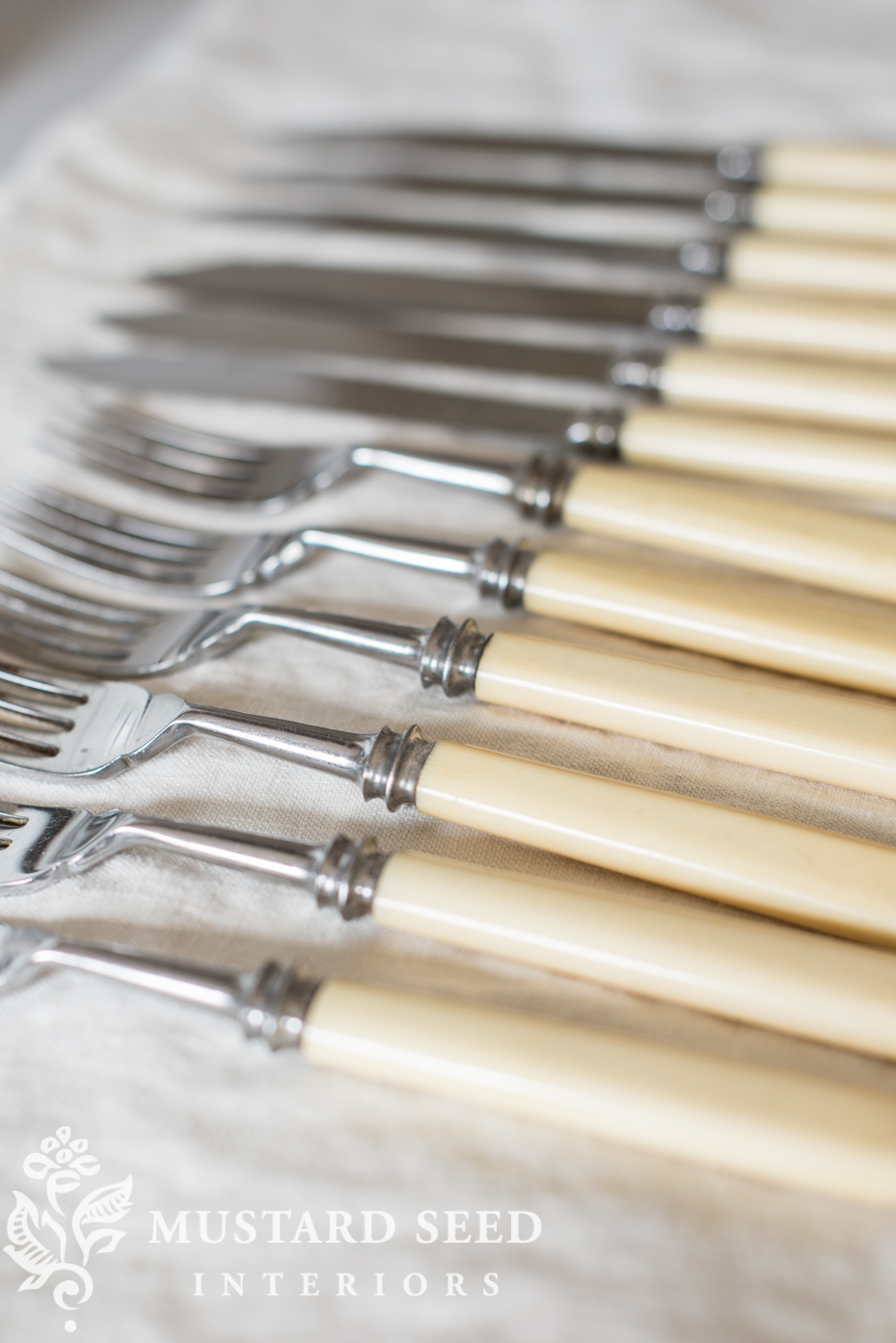 I also bought a set of cocktail forks that weren’t a part of the set, but they matched nicely.  Again, they were in such great condition and I like using odd pieces of silverware for photo shoots as well as for serving. 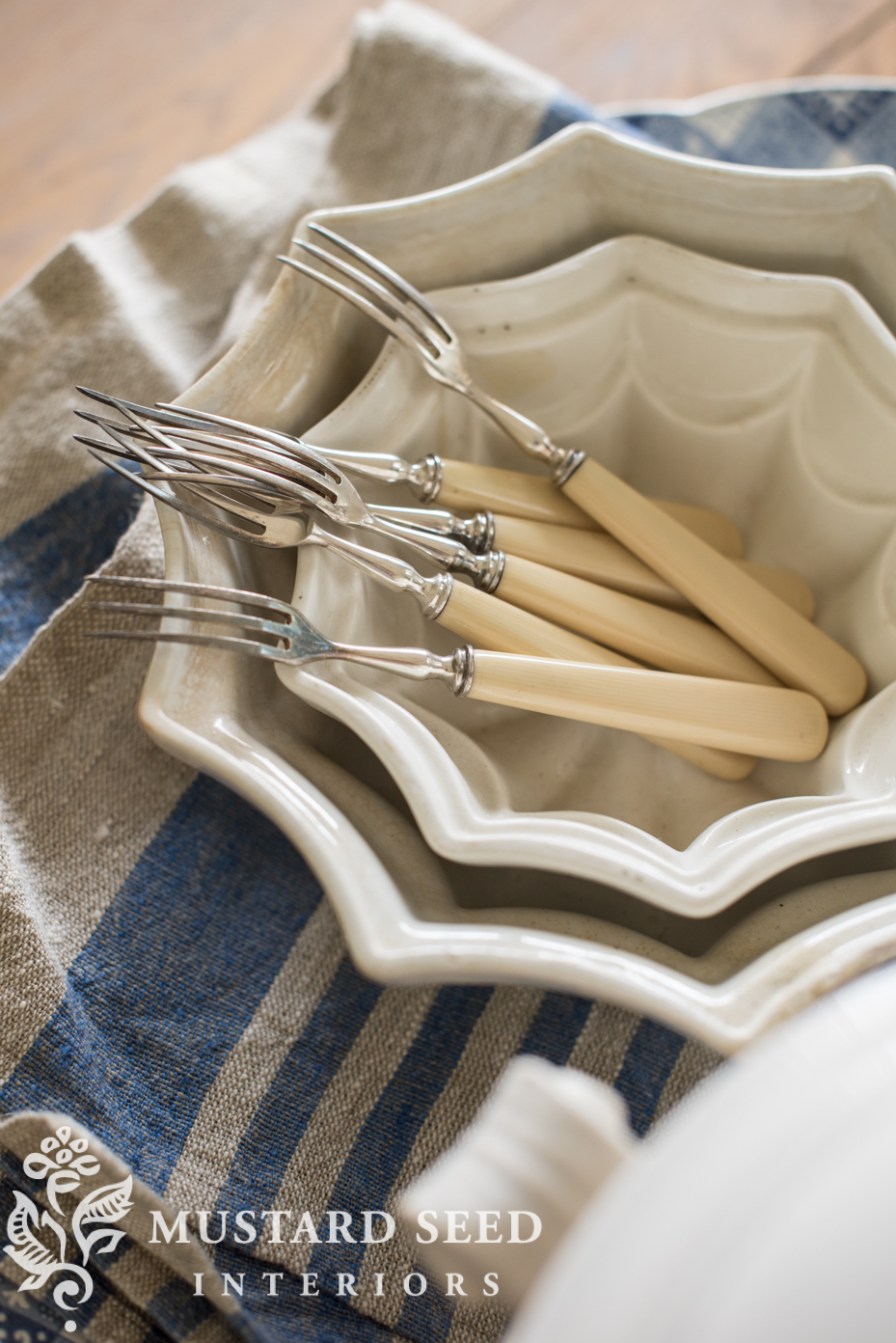 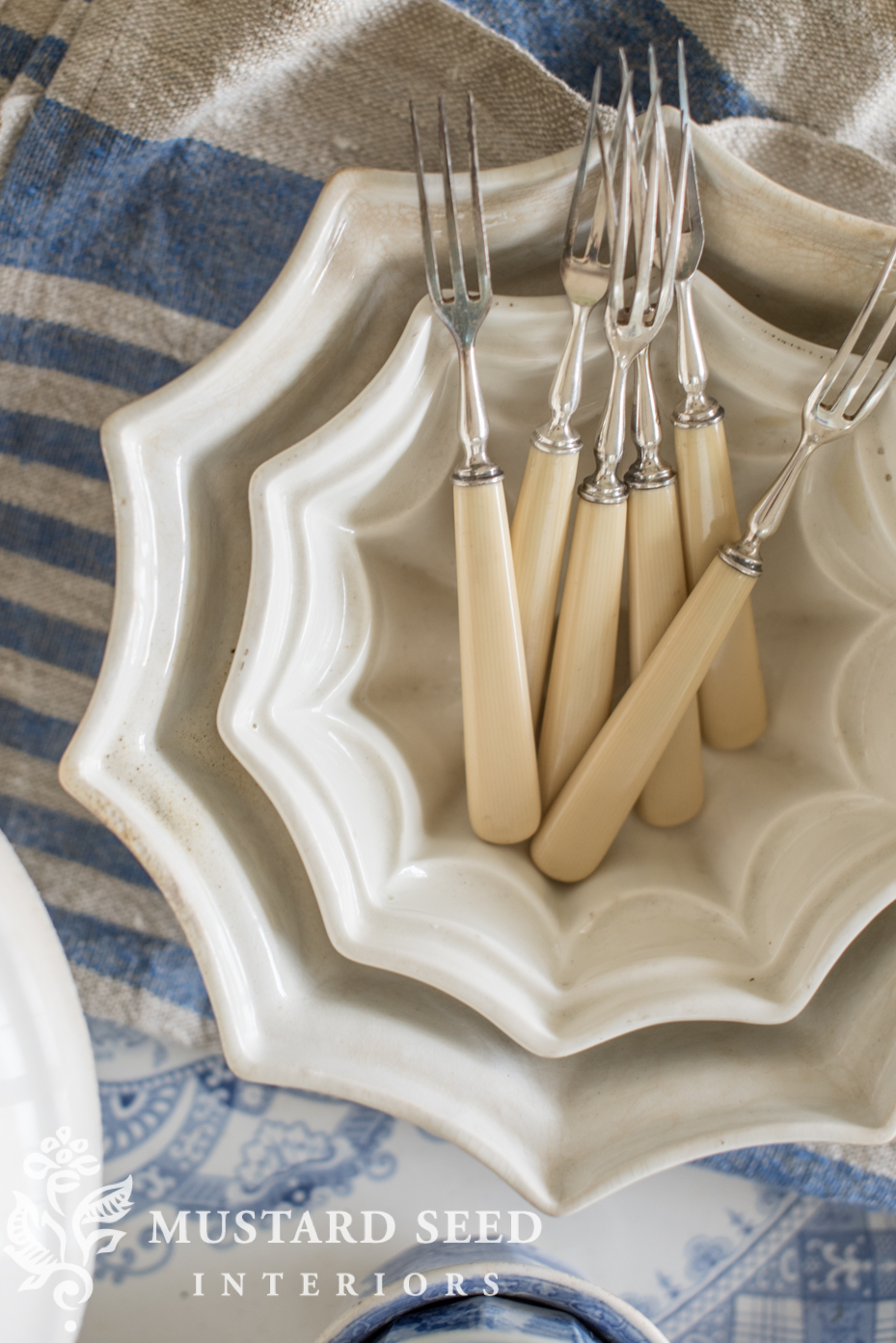 I also found an ironstone mold that is a larger version of one I already own.  I like that they can nest together. 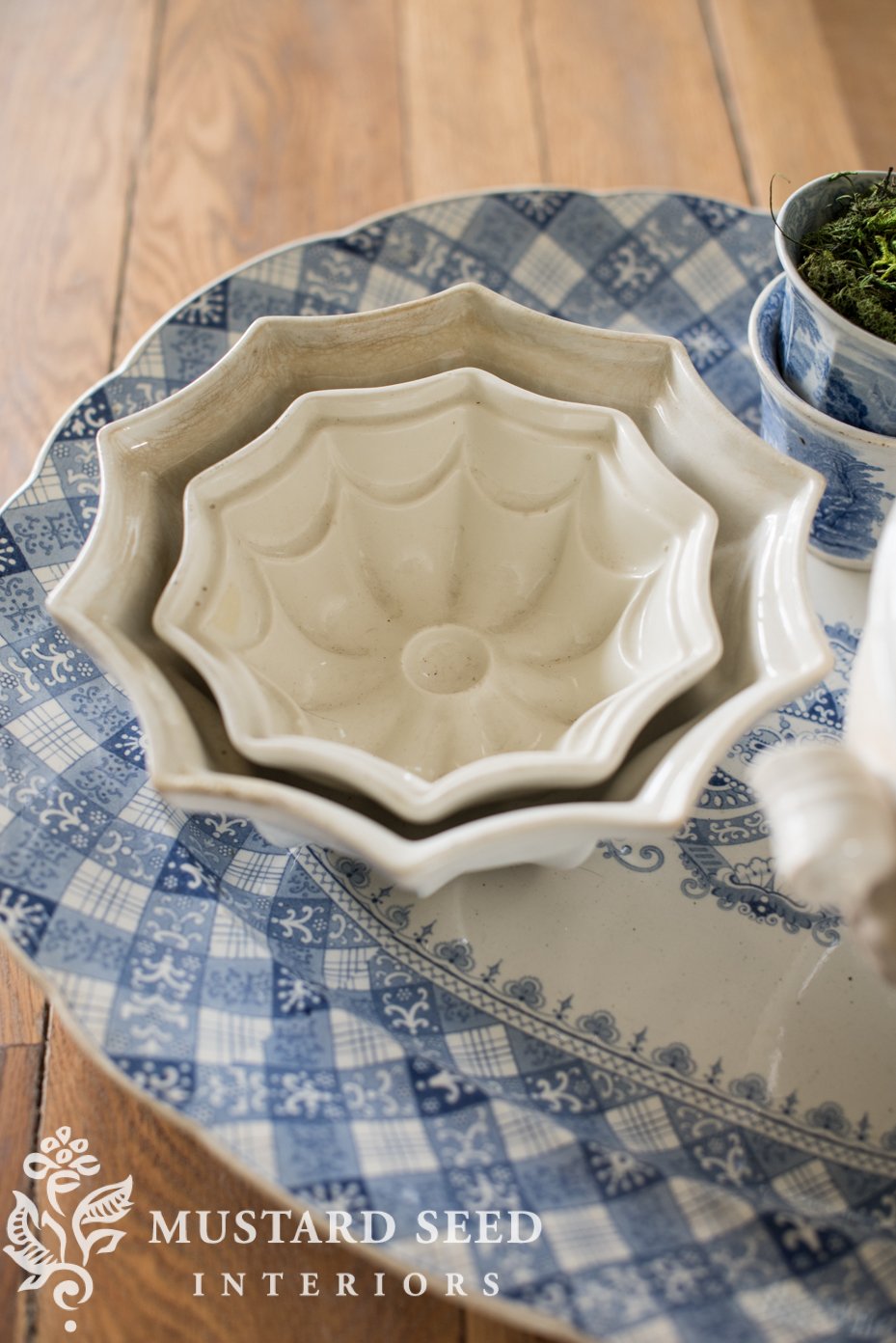 I have a lot of ironstone molds, but most of them are pretty on the inside, but this one is also beautiful on the outside. 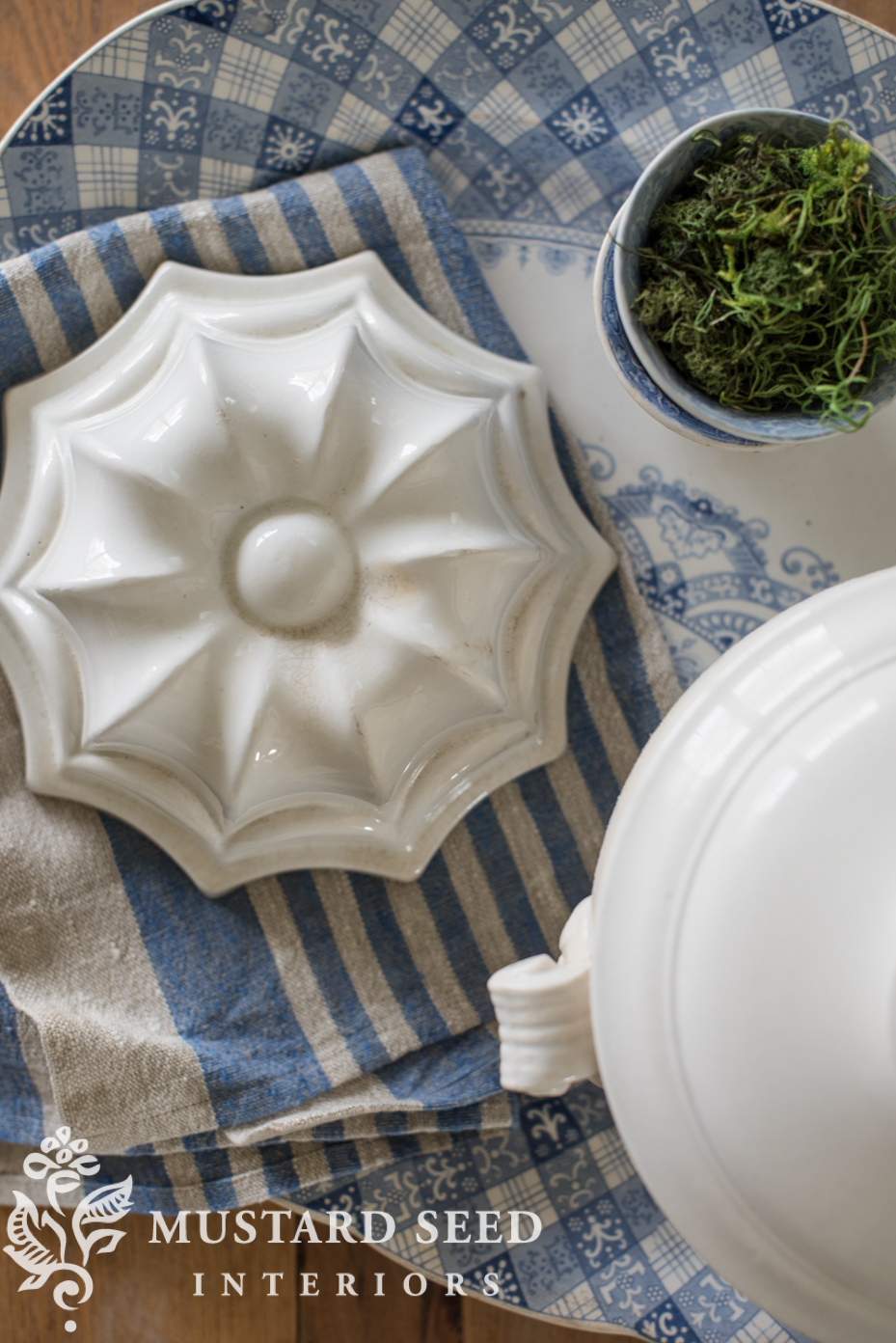 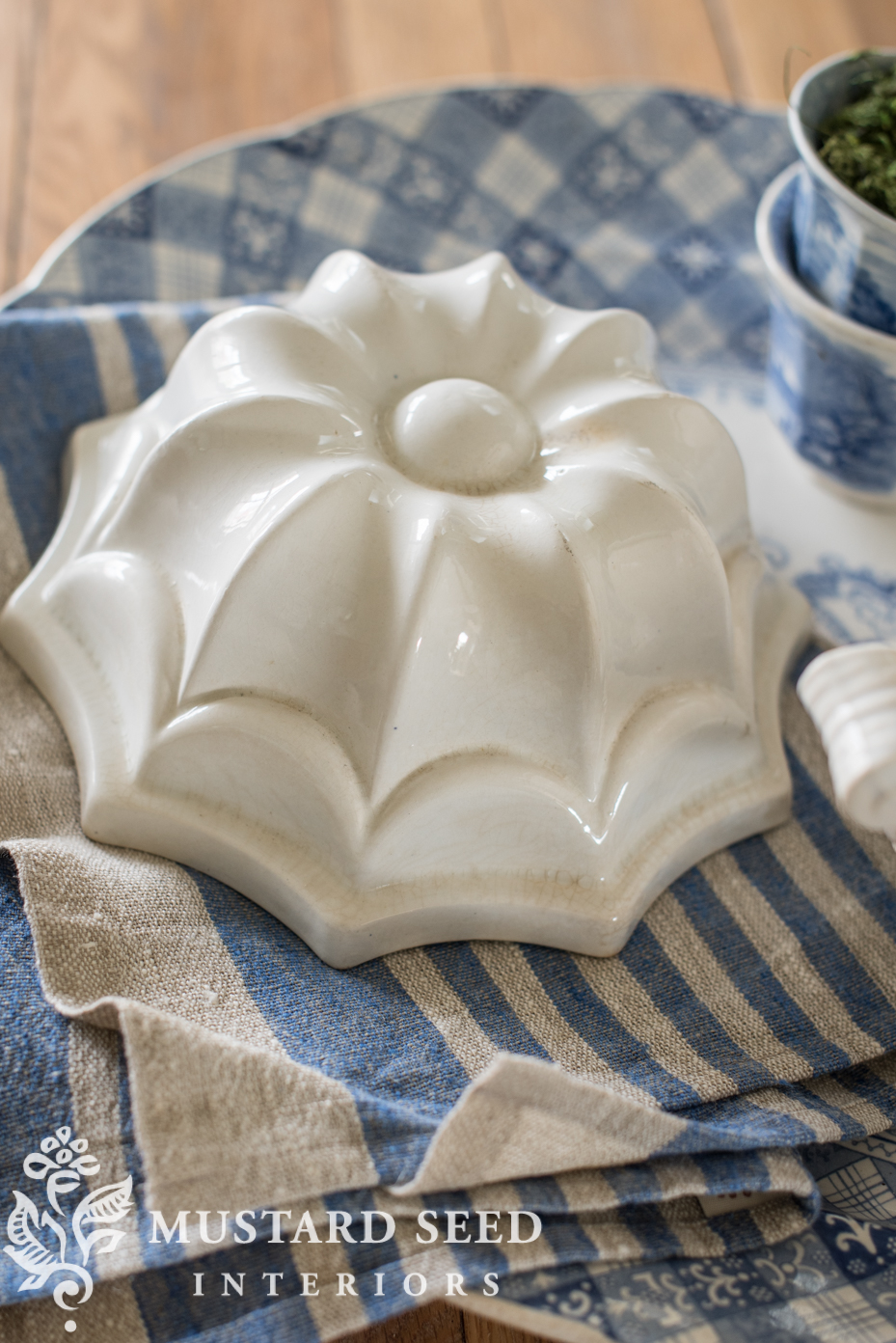 I don’t get to do as much antiquing these days since I’m no longer selling out of a retail space, so this was a nice treat!

I hope you had a great mother’s day weekend!