In case you missed them over the weekend, I listed a few more antique hemp sheets in the online shop!

So, remember this antique shoe cart I found and sold last fall? 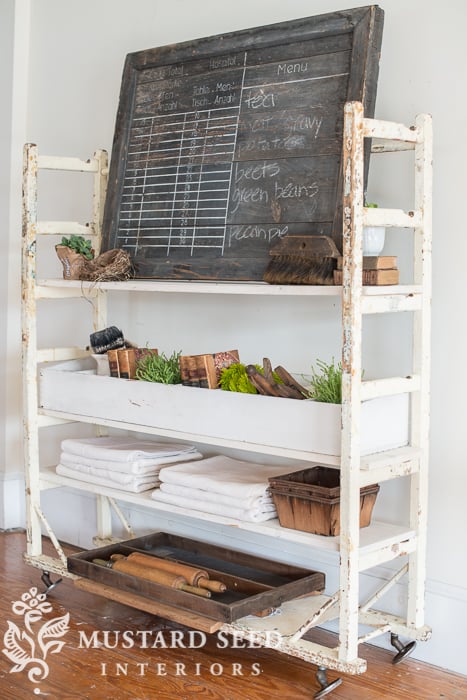 It was such a neat piece and so functional to use for retail display.  It’s lightweight, the shelves are removable (and can be configured in a variety of ways), and it can easily nestle over a dresser, so it doesn’t take a up a lot of room in transit.

Despite all of these things, I sold it.

And…I sort of regretted it.  Not because it was such a special piece, even though it was, but because of how functional it was.  That regret tapered off when I realized it would be pretty easy to make something just like it.  Jeff and I were planning to design and build a couple of them and then I received a timely e-mail…

It was from Jaime of That’s My Letter.  She asked if I could help her with approximate measurements, so she could make plans and build a reproduction of the shoe cart I sold!

Here is what she came up with… 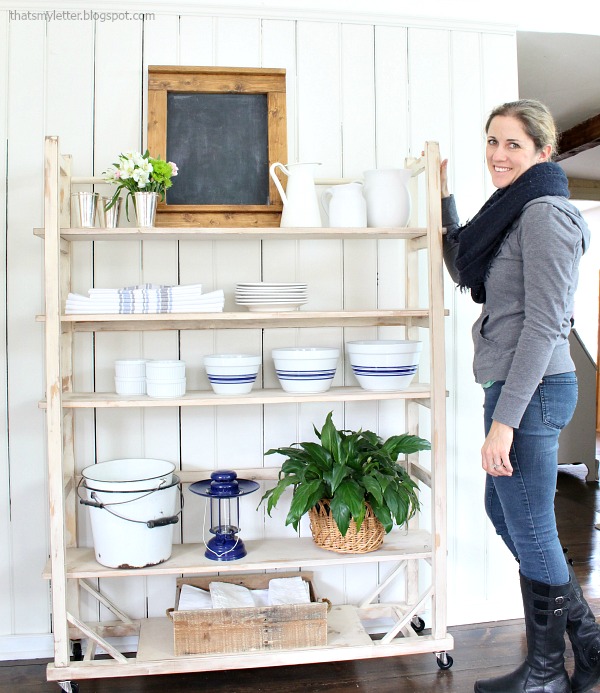 You can find the free plans for the reproduction shoe cart HERE.

It was very convenient for me, because I was able to give Jeff actual plans instead of a pencil sketch, as usual.  Jeff & Charles, a former student in the youth group, built two of them for me.  Kriste, Katie, my mom and I took turns painting them in two coats of MMS Milk Paint in Linen. 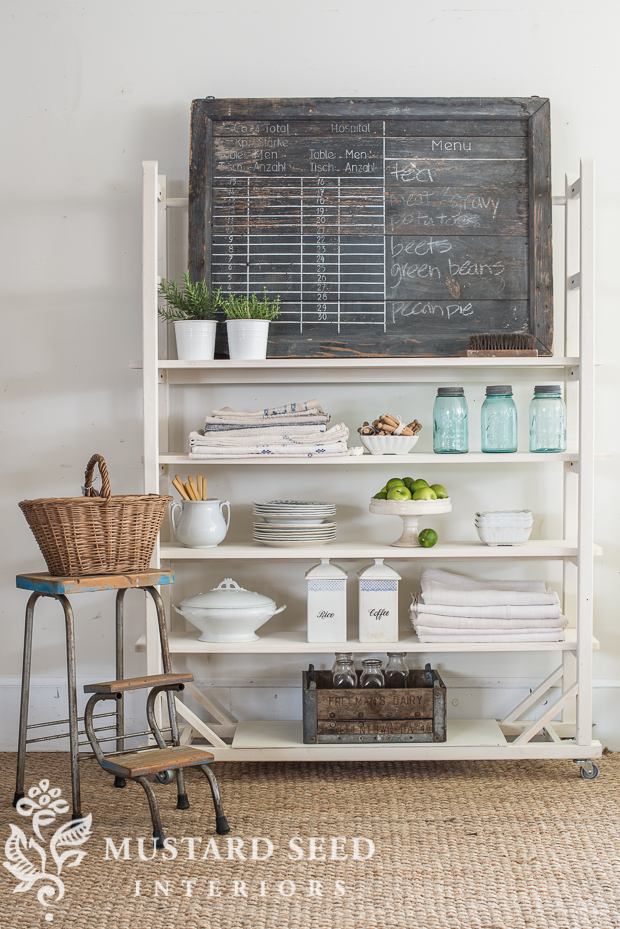 I was planning to do a chippy, layered technique, but I decided that would be totally insane with all of those spindly boards and shelves.  Yeah.  Linen looks just fine. 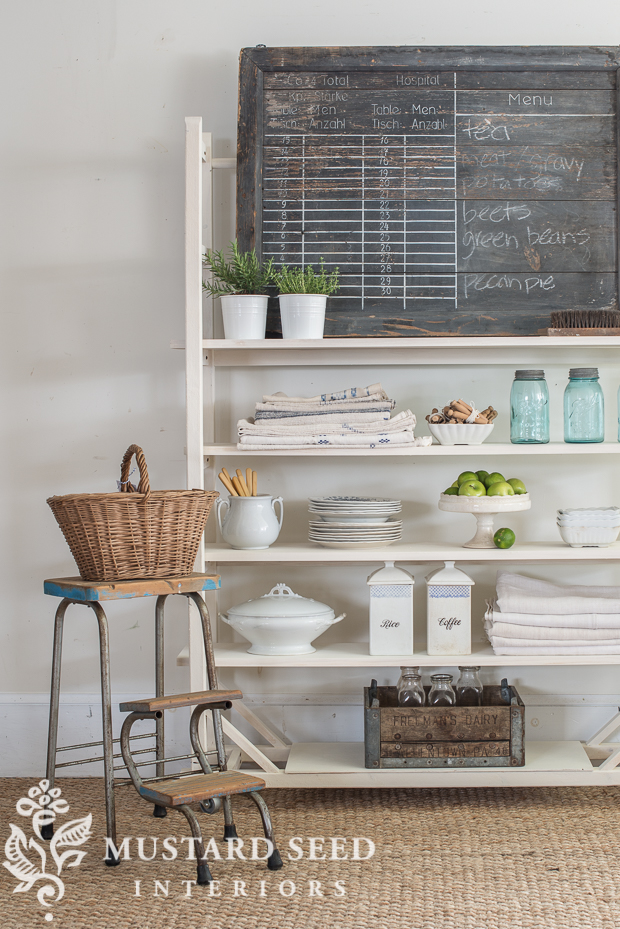 Jaime did a great job with the plans.  It’s almost exactly like the original. 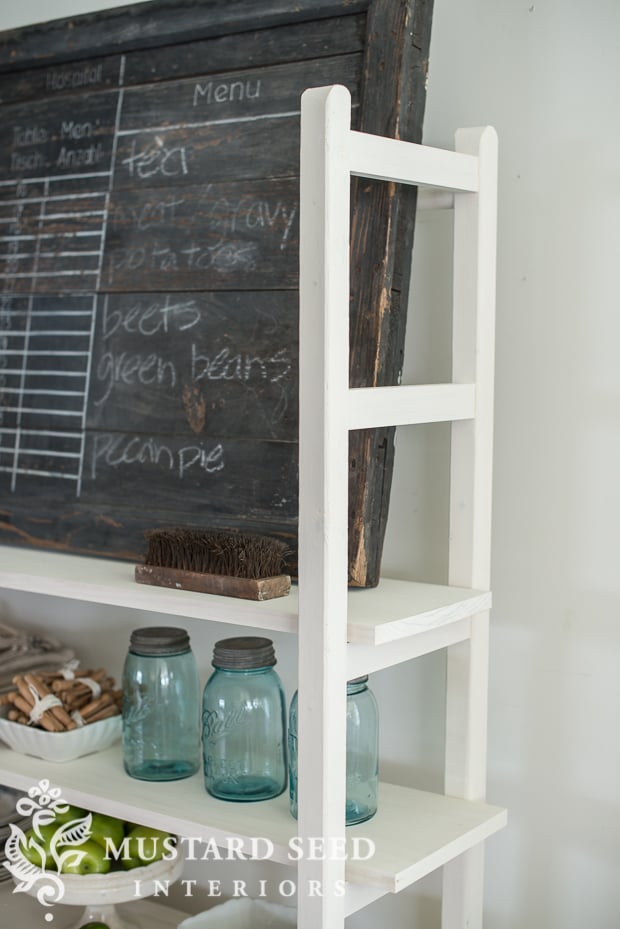 The original had mortise and tenon joinery, which would’ve been more time consuming to make, so the reproduction version is constructed with pocket holes and screws. 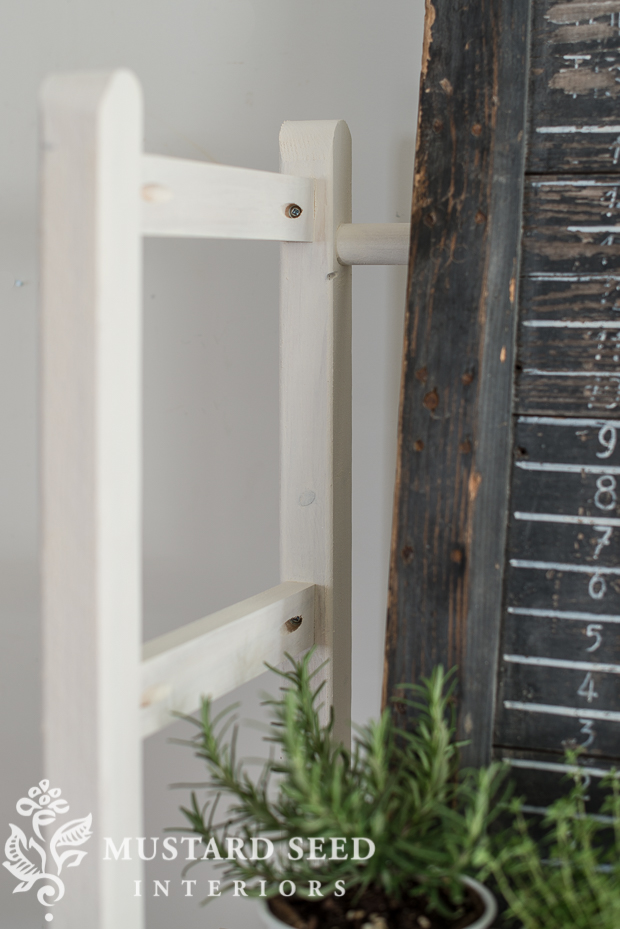 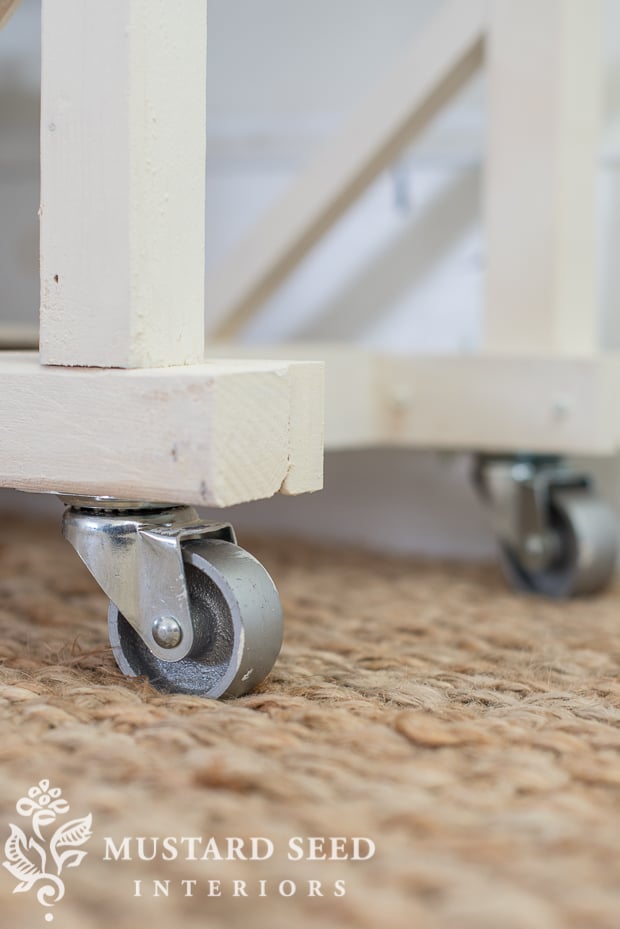 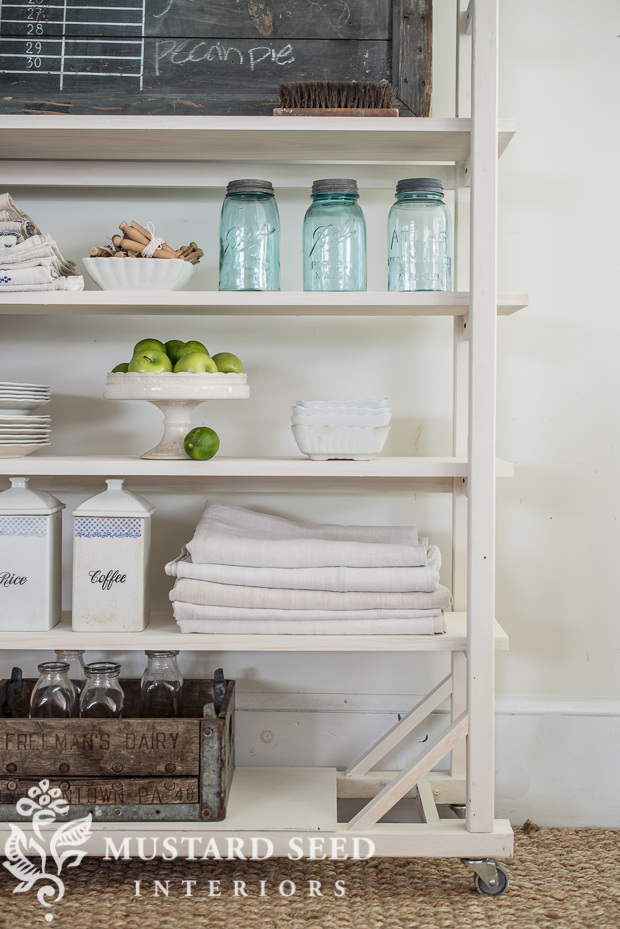 I styled the shelves mostly with things that will be for sale at Lucketts along with some props (like the ironstone pedestal, chalkboard and some of the linens.) 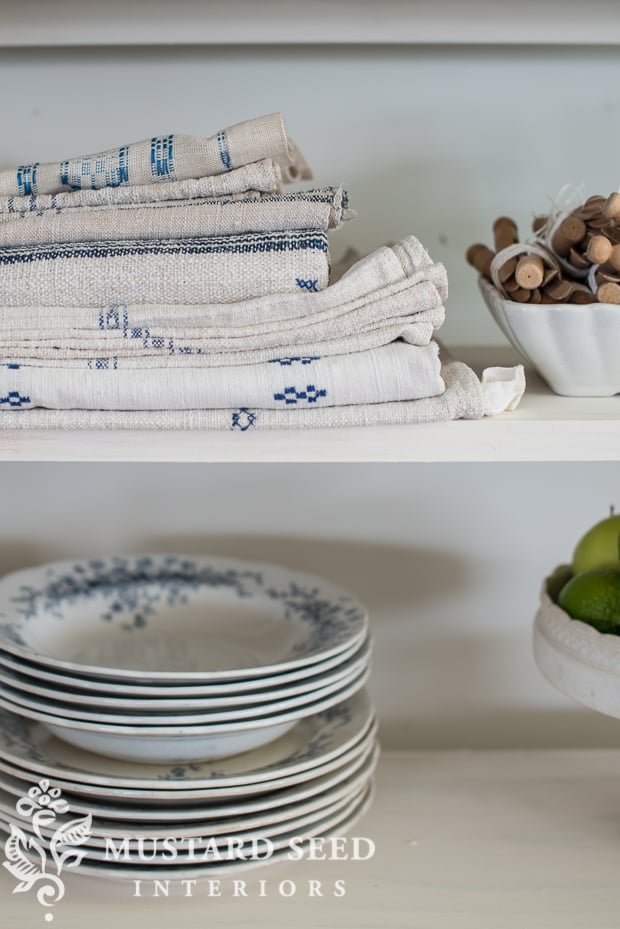 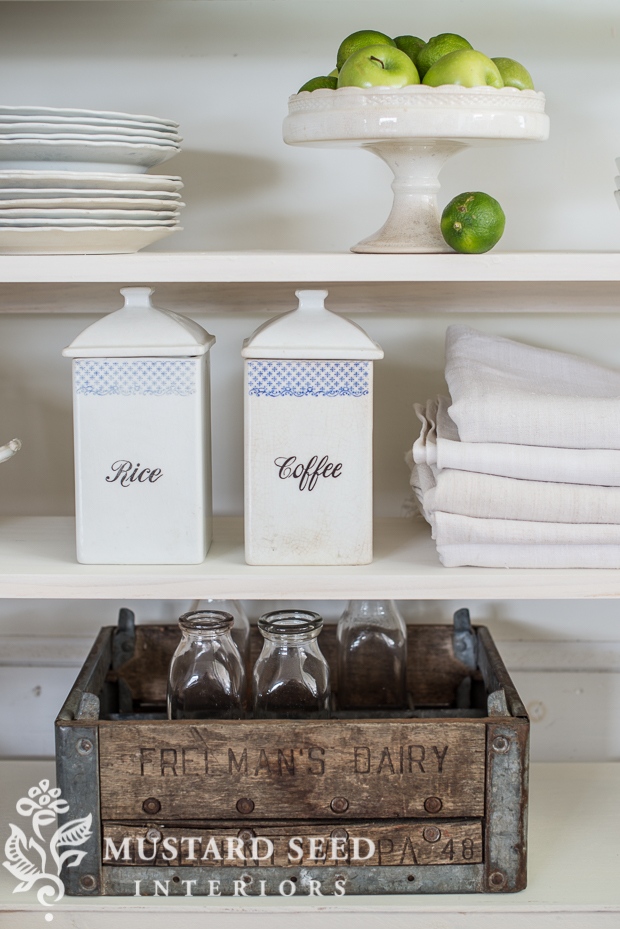 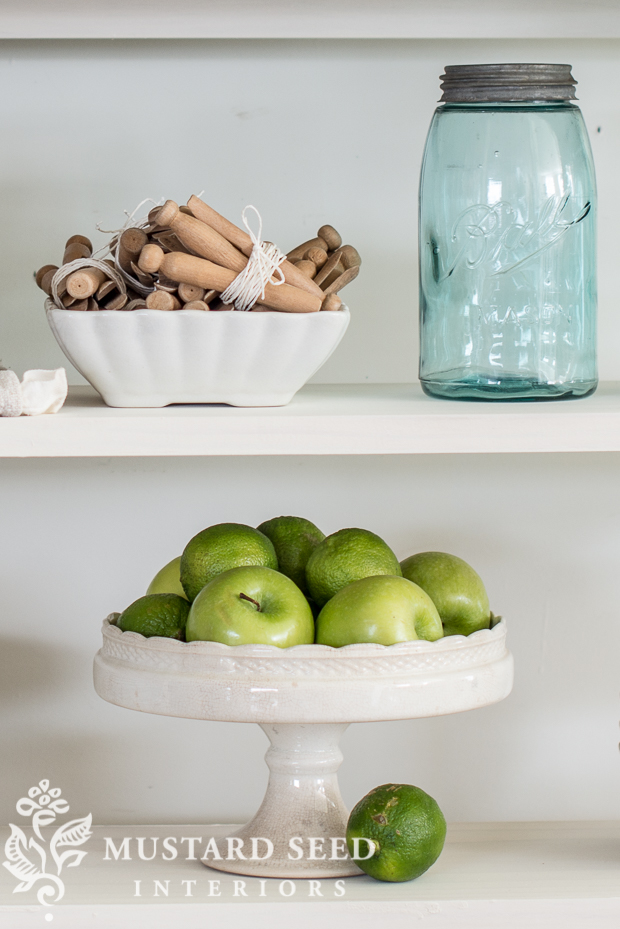 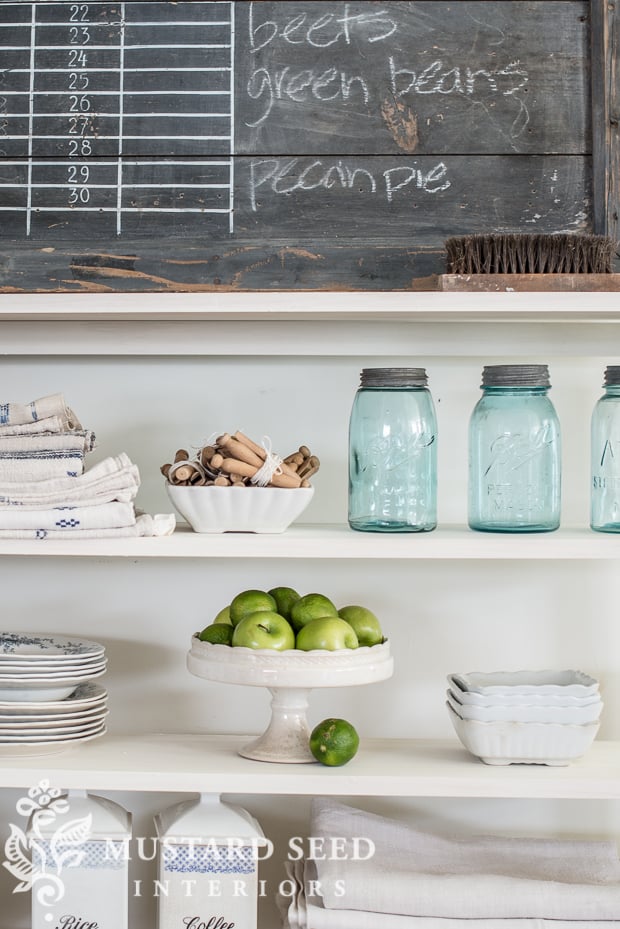 I picked up this adorable stool when my mom and I went out shopping on Friday.  The blue paint just barely clinging to the sides is right up my alley and the steps fold into the stool. 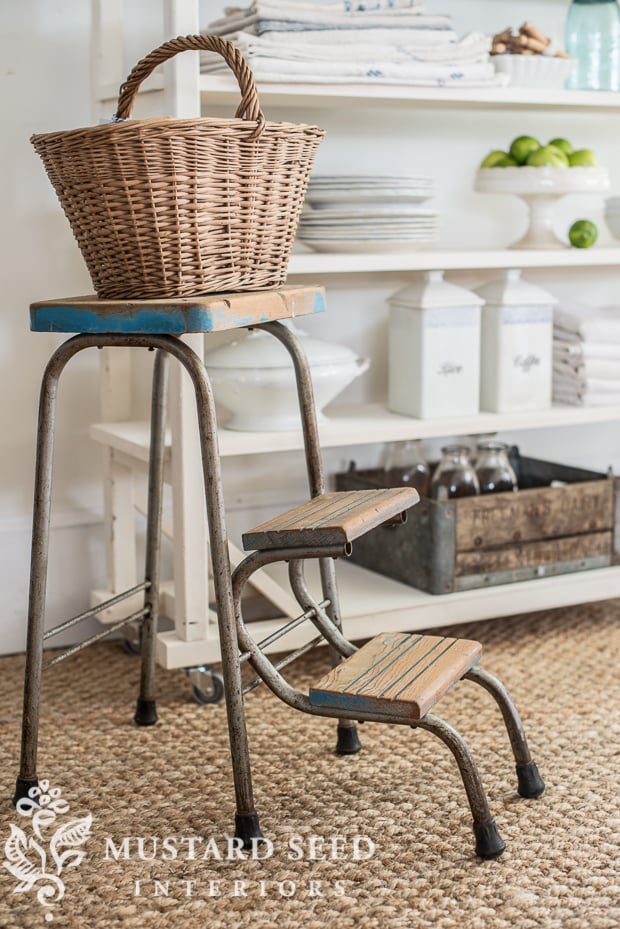 I’ve also been collecting market baskets.  They offer nice texture against all of the white and, well, I’ve just been into baskets lately.  I hope my Lucketts shoppers are as well! 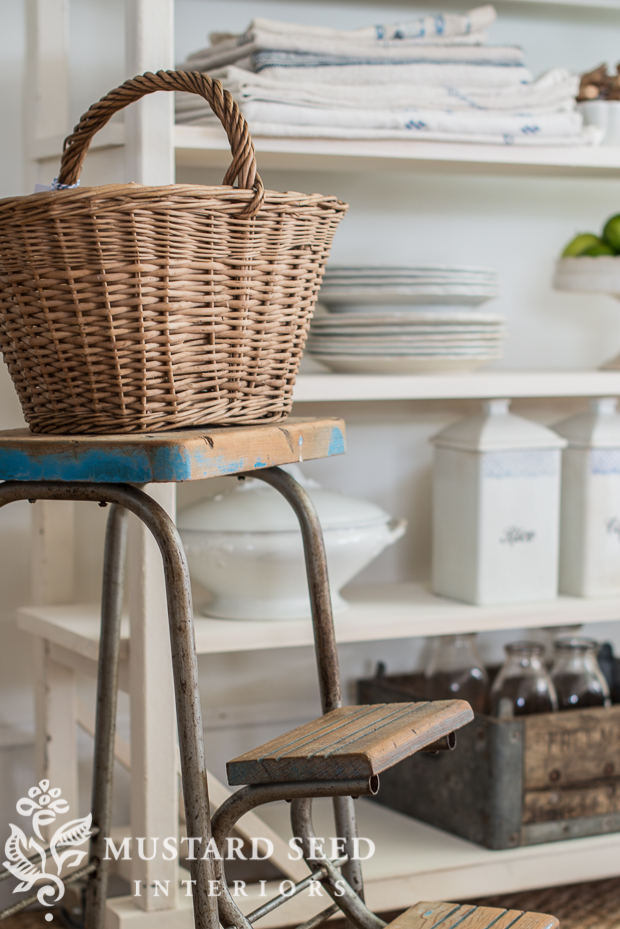 We have a few more things to paint, lots of things to price and then it’s on to the sewing projects! 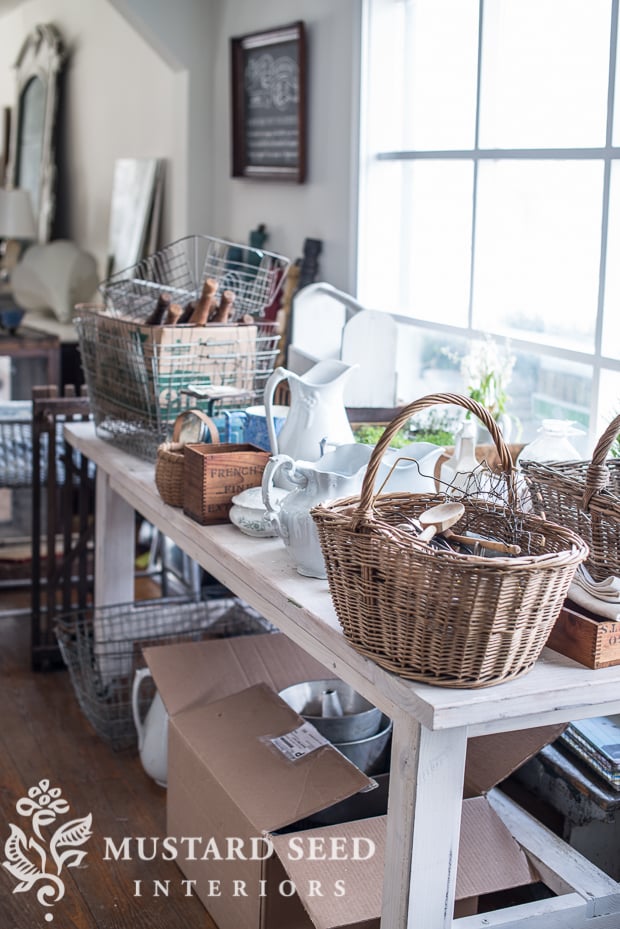