There’s been a lot of white going on in the Mustard Seed Studio these days.  But, I think you do need some color to balance out whites, so I’m adding in some greens and blues in small doses.

I decided to do one dresser in a bold green – MMS Milk Paint Boxwood layered over Lucketts Green. 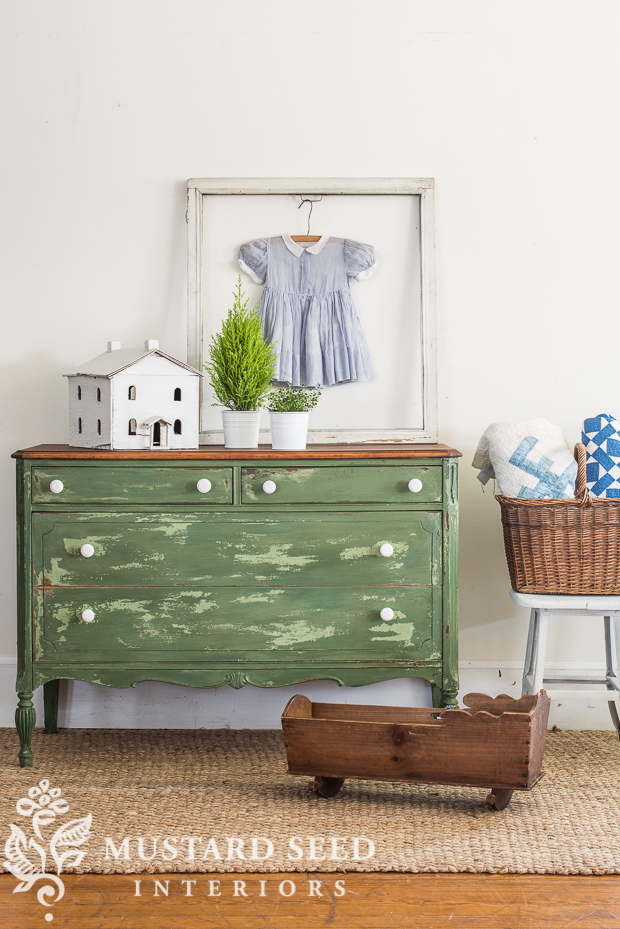 I thought I took a before picture of this piece and somewhere in all of the furniture shuffling (or perhaps picture deleting), I don’t have one.  You can see it Where’s-Waldo-style, peeking out from behind the pink wardrobe.  He’s a little photo bomber. 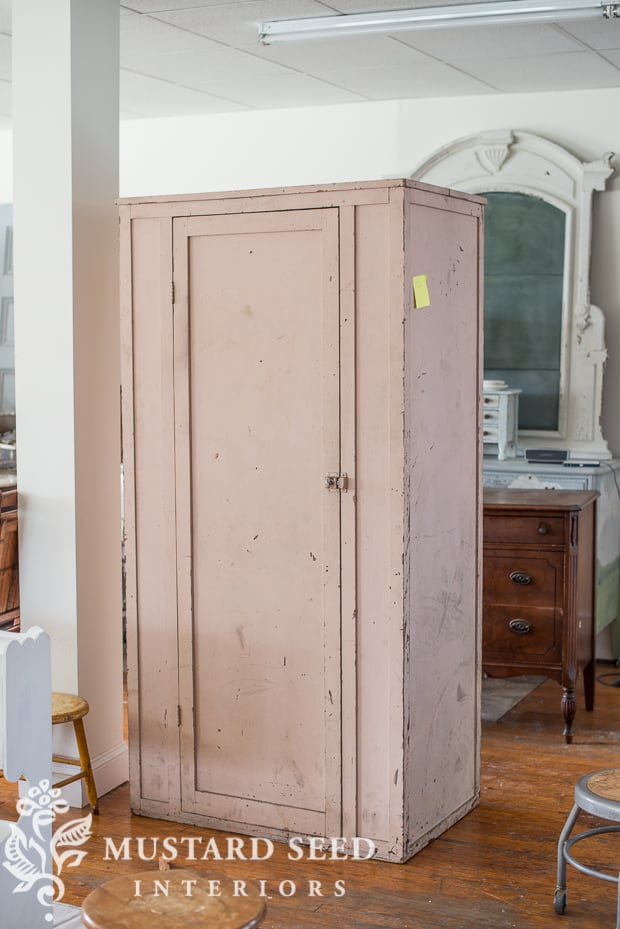 The dresser was pretty, but it had water rings and discolorations on the top and the sides had come unglued.  Jeff shored it up and I stripped the top down to the bare wood.  Kriste painted it in Lucketts Green followed by a coat of the 100% Beeswax Finish and two coats of Boxwood.  The top was finished in Hemp Oil. 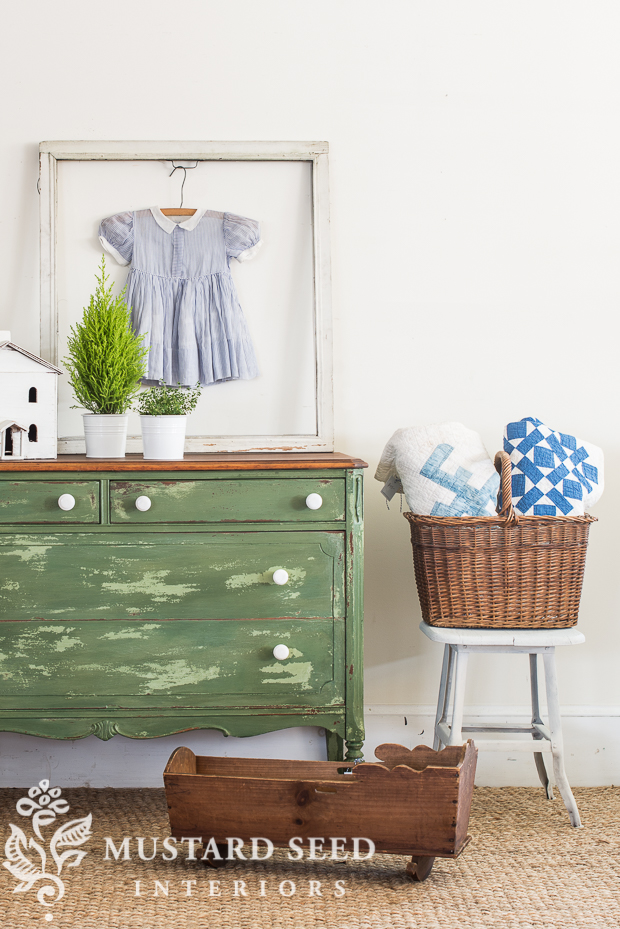 To tie it in with all of the white we’re using in the booth, I opted for white marble knobs I found at Hobby Lobby. 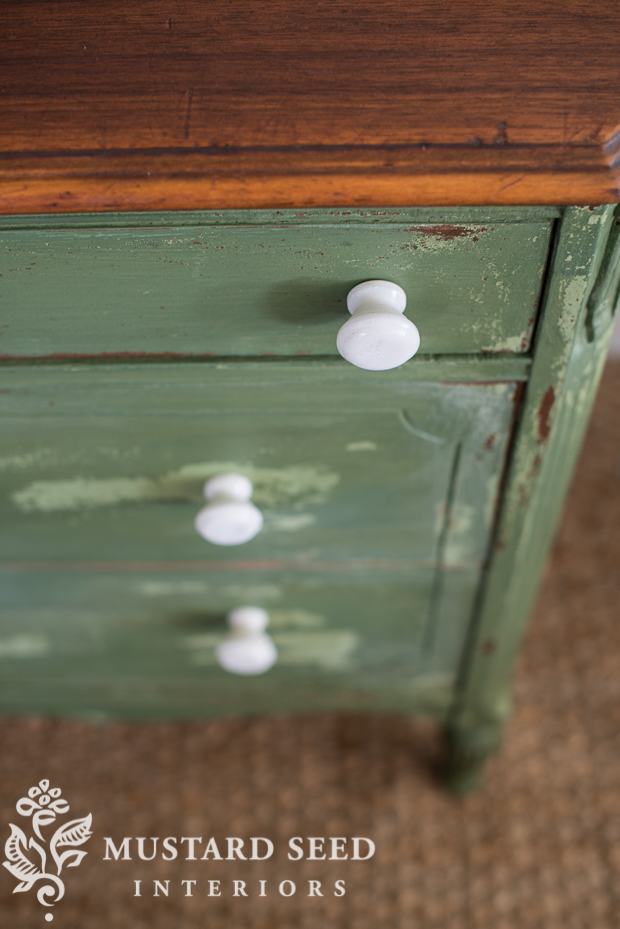 I actually only had six on hand, but needed eight, so I asked Jeff a big favor – if he could stop on the way home from school, with the boys, and get them for me.  It would mean at least a two hour trip for me, but it was only about 10 minutes out of their way. Jeff and my boys, all three of them, dread going into Hobby Lobby, but they did it for me and scored the two knobs I needed to finish the dresser.

I styled it with old window frame turned into artwork by hanging a sweet little dress inside it. 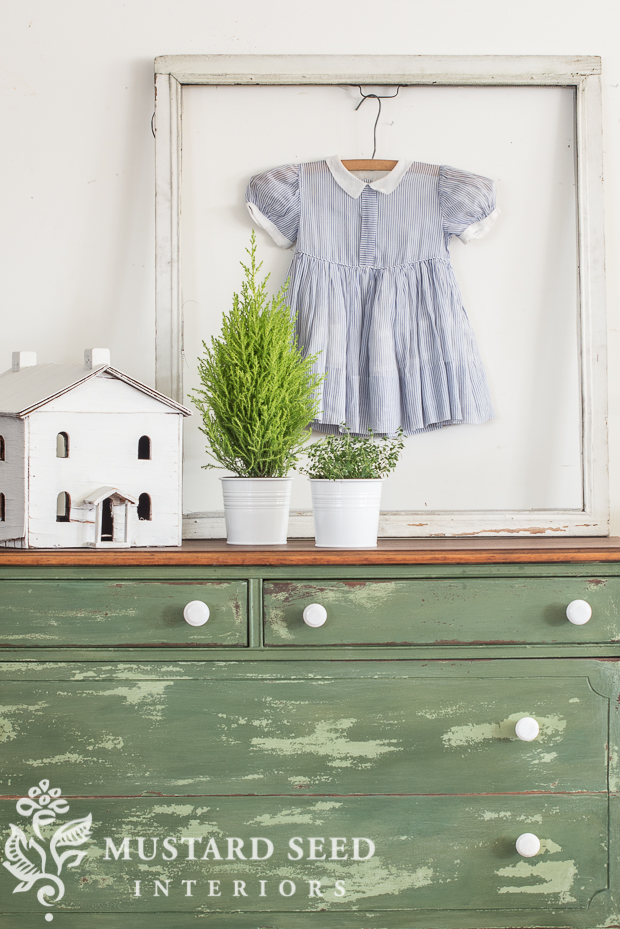 I’ve been collecting humble white baby dresses and slips to hang around the booth, but this blue & white stripped one was just too pretty to pass up.  It has a crinoline that makes the perfect swishing sound when it’s twirled. 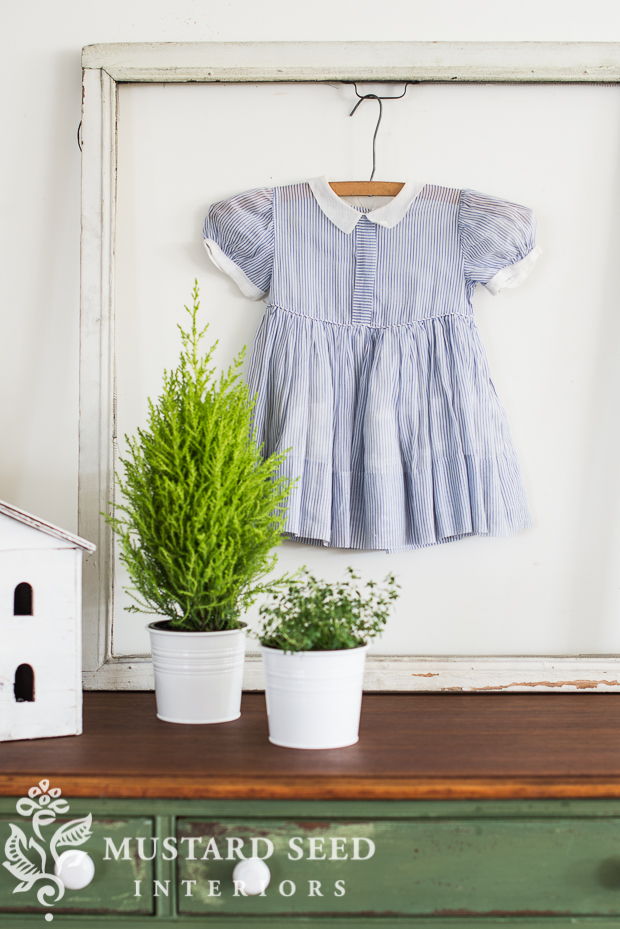 I also am in love with the little wooden house.  It doesn’t open, so it’s not a dollhouse, and the holes look too small to be a birdhouse, so I guess someone just wanted to make a little house. 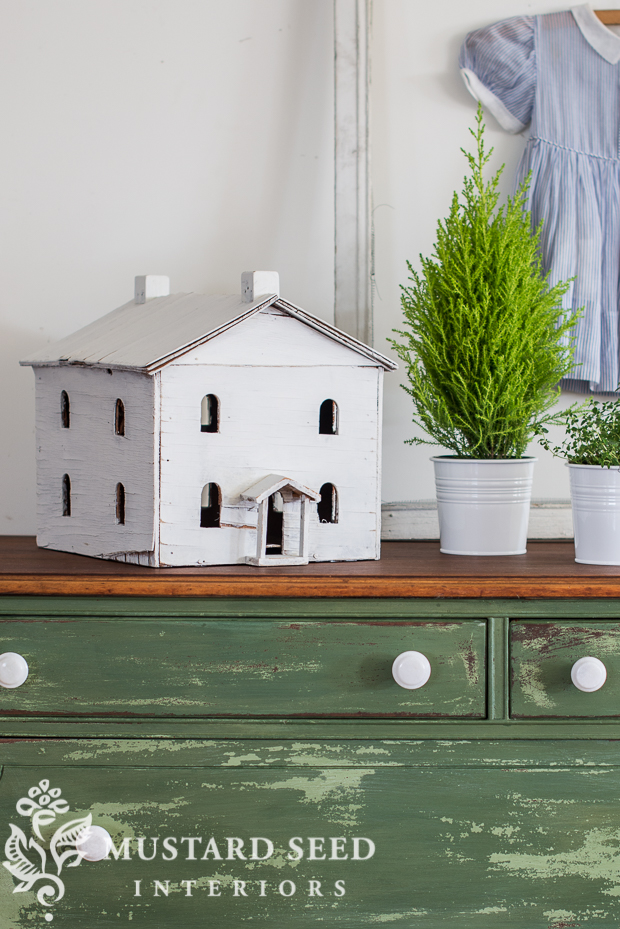 We painted it in three coats of Farmhouse White.  It took that many coats, because the old plywood really soaked up the paint and I wanted nice, opaque coverage.  I gently distressed it, just to knock the newness off of the paint. 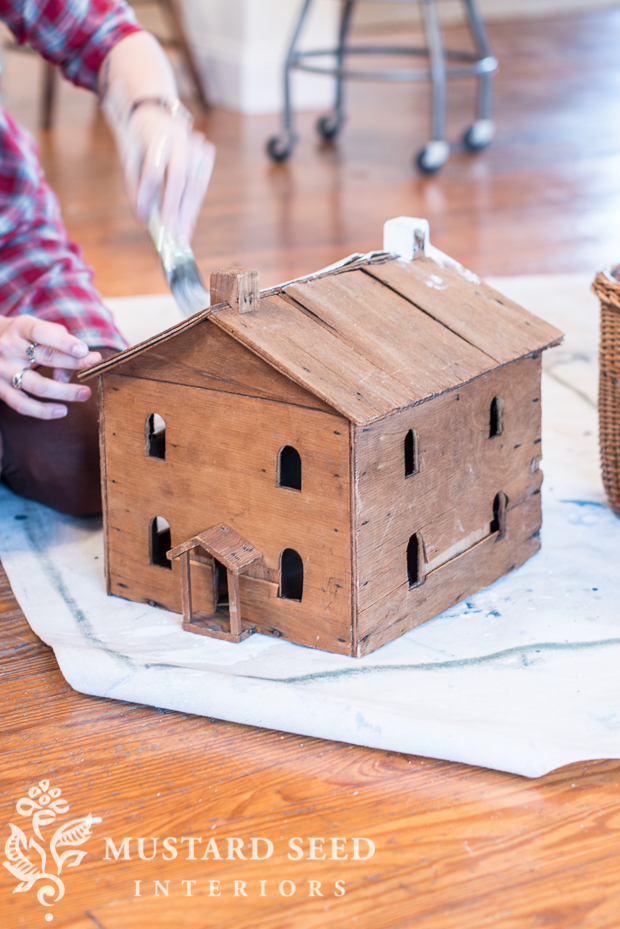 Did you notice the little doll cradle?  Someone put so much care into cutting out the details on the side, the little handles and the runners.  It just tugged at my heartstrings. 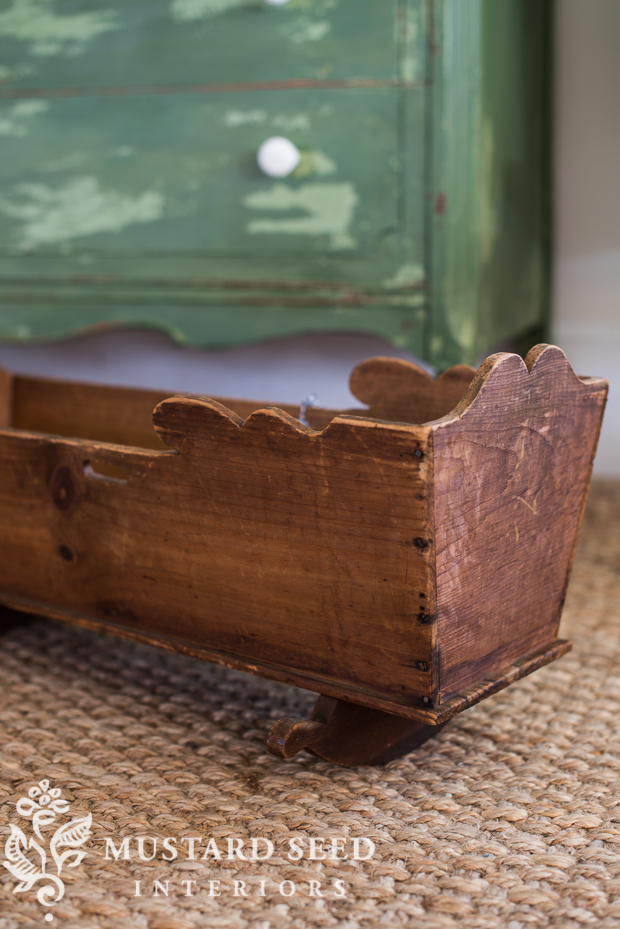 As I was working today, on this photo shoot, tagging items I bought last week and putting them with everything else that’s ready to sell at Lucketts, I felt so satisfied with how it’s all coming together.  I love the things I’ve found, fixed up and made and I’m looking forward to sharing everything with those who are able to attend the market. 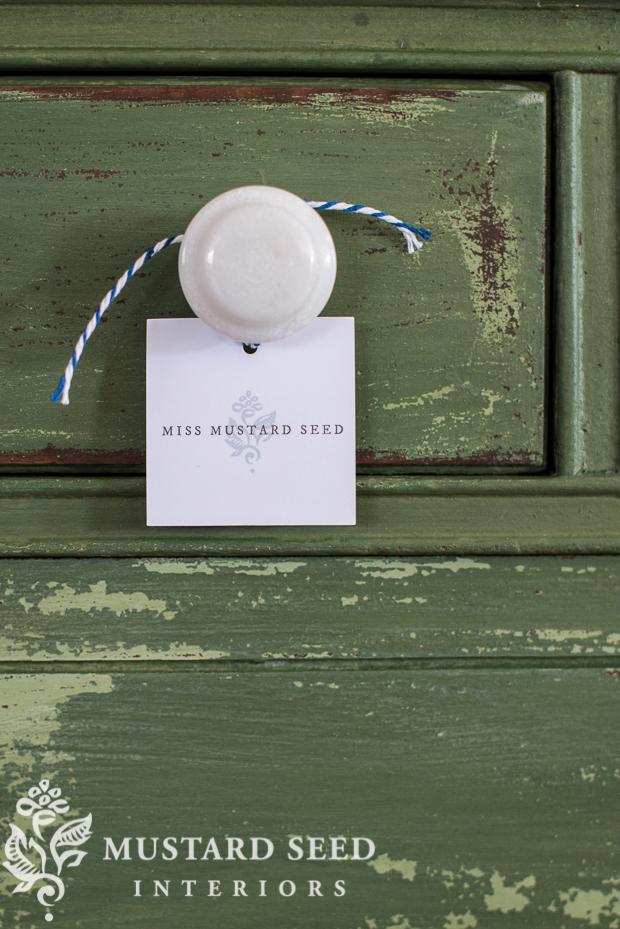 For those who aren’t able to make it, I’m brewing some ideas to include you in the future…