I have had mixed feelings about selling my paintings from the 100 Meadows Project.  I knew I would be embarrassed by some of them.  Many of them.  Would I regret sending them out into the world?  Would I regret that my “practice” is hung on someone’s wall?

I haven’t found a definitive answer to that question, but, while I may someday regret it, I am glad I sold them.  Yep.  Gladness and regret mingling in oxymoronic fashion.

It made me think back to the first few years of my business and I realized that I’ve been selling services and created goods while refining my craft all along.  Even as I was just learning to paint murals, I sold them to people.  My early upholstery pieces, with all of their puckers and imperfections, were sold.  As I was learning which paints and stains and finishes I liked, all of those guinea pig pieces were sold as well.

And yes, sometimes I feel sheepish about someone owning my amateur work.  Sometimes I feel the urge to hunt them all down, so I can dole out apologies and refunds.  But, then I remind myself that all of those imperfect pieces are a part of my story and the people who bought them became willing participants in that story.  And if I didn’t sell the pieces I was learning on, my business never would’ve grown to where it is now.

There’s the confidence boost that comes from someone liking your creation enough to pay good money for it.  It spurs you on to create more.  And the more you create, the quality of your work increases.

There is also the practical side of things.  When you sell your work, you have money coming in to buy supplies, to reinvest.

That is the main reason I decided to sell my oil paintings even if I’m just at the very beginning of this artistic journey.  They could go in a cabinet (or the trash) or they could become something bigger.  I did the math.  100 paintings at an average of $30/each (some were more and some were less) equals $3,000 and that’s nothing to sneeze at.  (That’s a strange expression, now that I type it out.  What monetary amount would be sneeze-worthy?)

Anyway, I can do a lot with that and I did!  I spent that money on art/painting books and other educational resources, like online classes.  I bought brushes, paints, and replenished my supply of canvases.  I saved up the bulk of it, though, for my biggest purchase…a counterweight easel (affiliate link) that will grow with me and work for me for years. 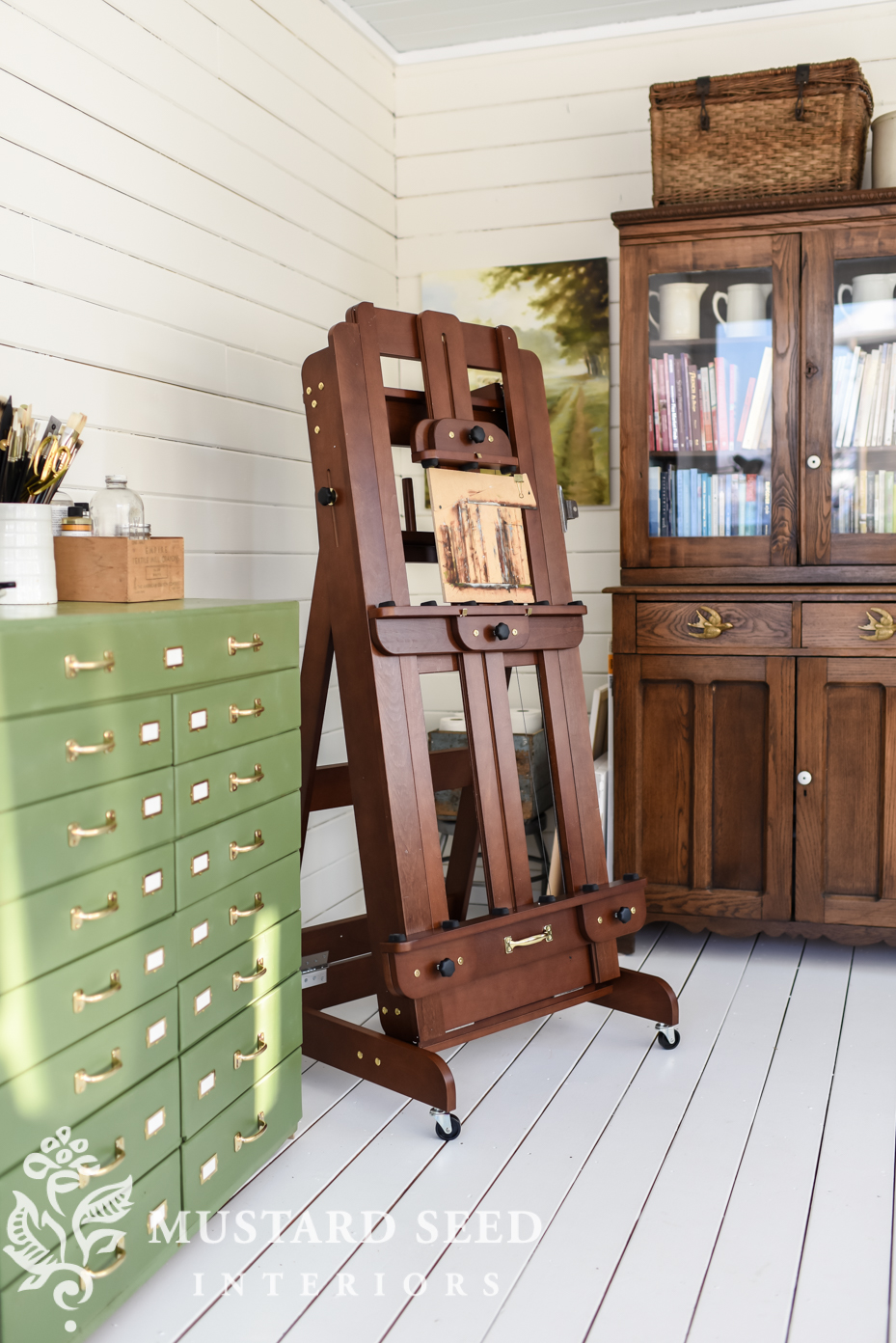 When I first went easel shopping, I decided to purchase an inexpensive lyre easel, knowing it would do the trick, but I might want to upgrade if I’m painting a lot.  It has been completely adequate and I could’ve used it for many years, but I found it to be unstable at times, a little rickety, it wasn’t easy to adjust, and I was really wishing it was on wheels. 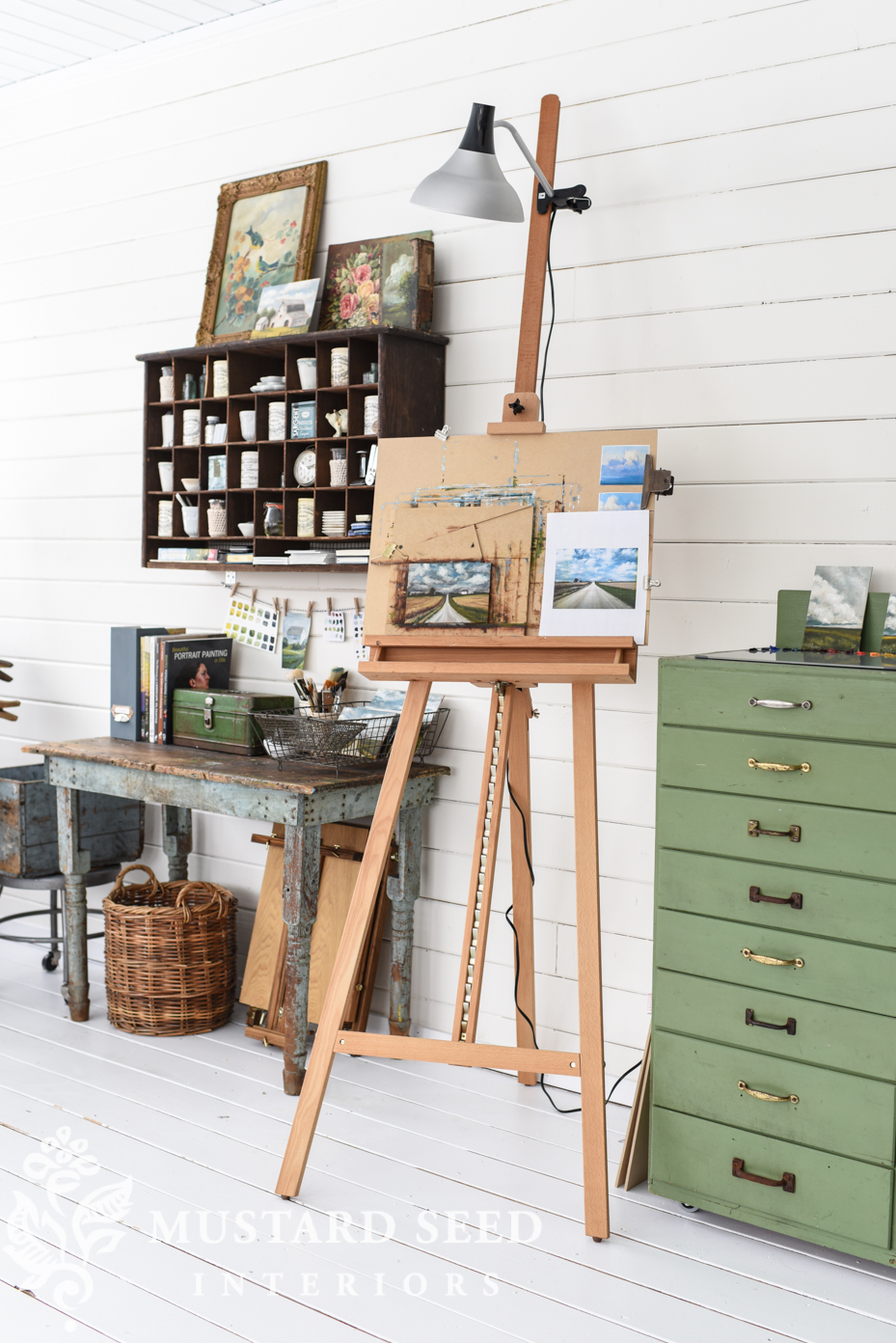 I researched easels for weeks and the Sienna studio counterweight easel is the one I kept coming back to.  Not only is it functional, but it is pretty.  I found a less expensive counterweight easel, but I hated the way it looked!  I opted to wait and save for the one I really wanted.

When the cash was in the bank, I shopped around for the best price (Amazon was the lowest I found and it had free shipping).  I had it in the cart and was ready to buy it, but I still hesitated for a couple of days.  I felt like it might be overkill to get this huge counterweight easel when I’m painting mostly on 5 x 7 canvas panels!  I knew, though,  that one day I would be glad I had a versatile easel that will allow me to paint as big as I want. 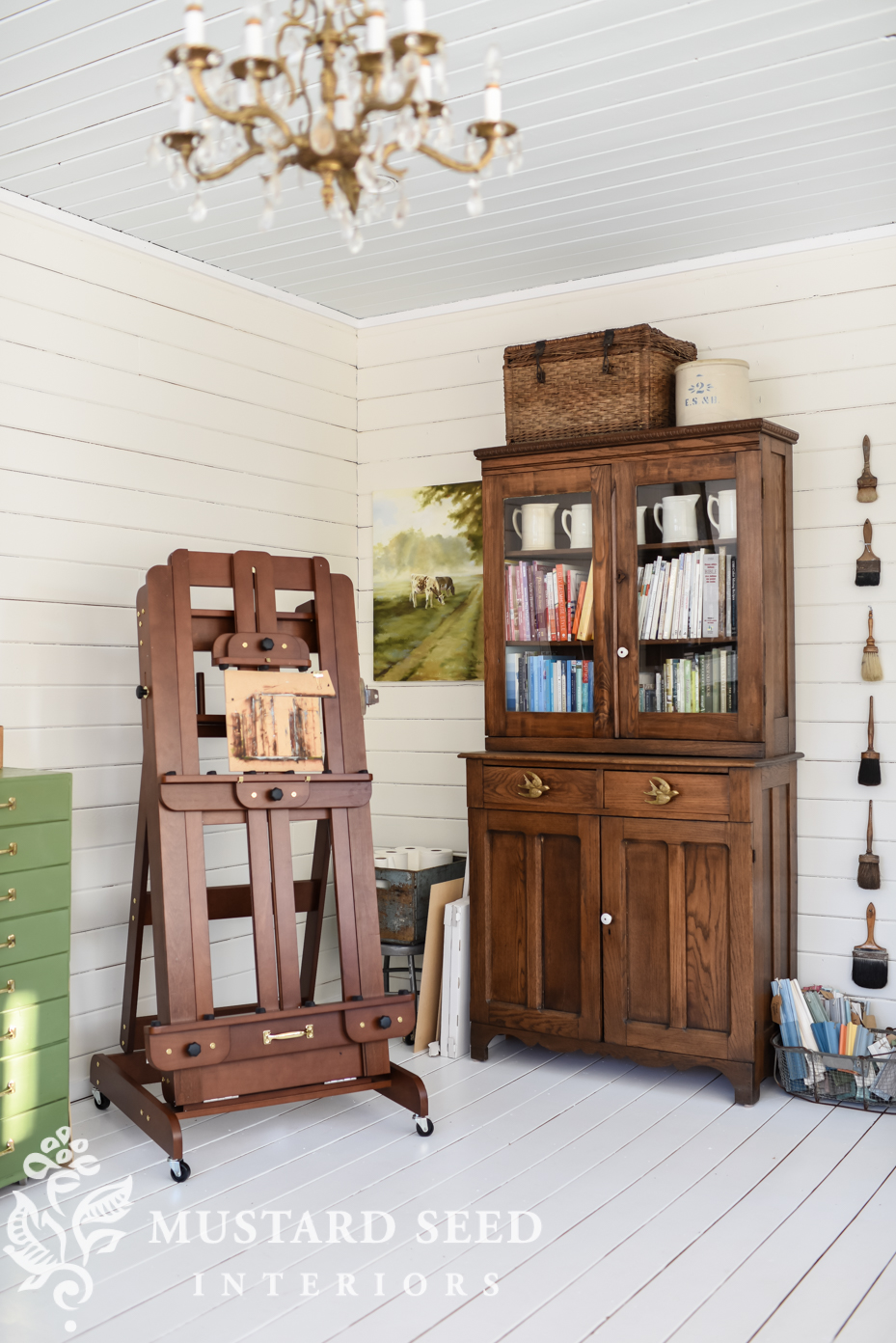 For those who are interested (or curious), the advantage of having the easel counterweighted is that I can move the canvas holder up and down with just a touch.  That means I can transition from sitting to standing and back again without having to make adjustments to a rickety easel.  I can also adjust the angle of the easel from completely vertical to tilted.  And, it’s super sturdy and on wheels, so I can chase the light around the studio.  Basically, it does everything I need it to do or may need it to do in the future. 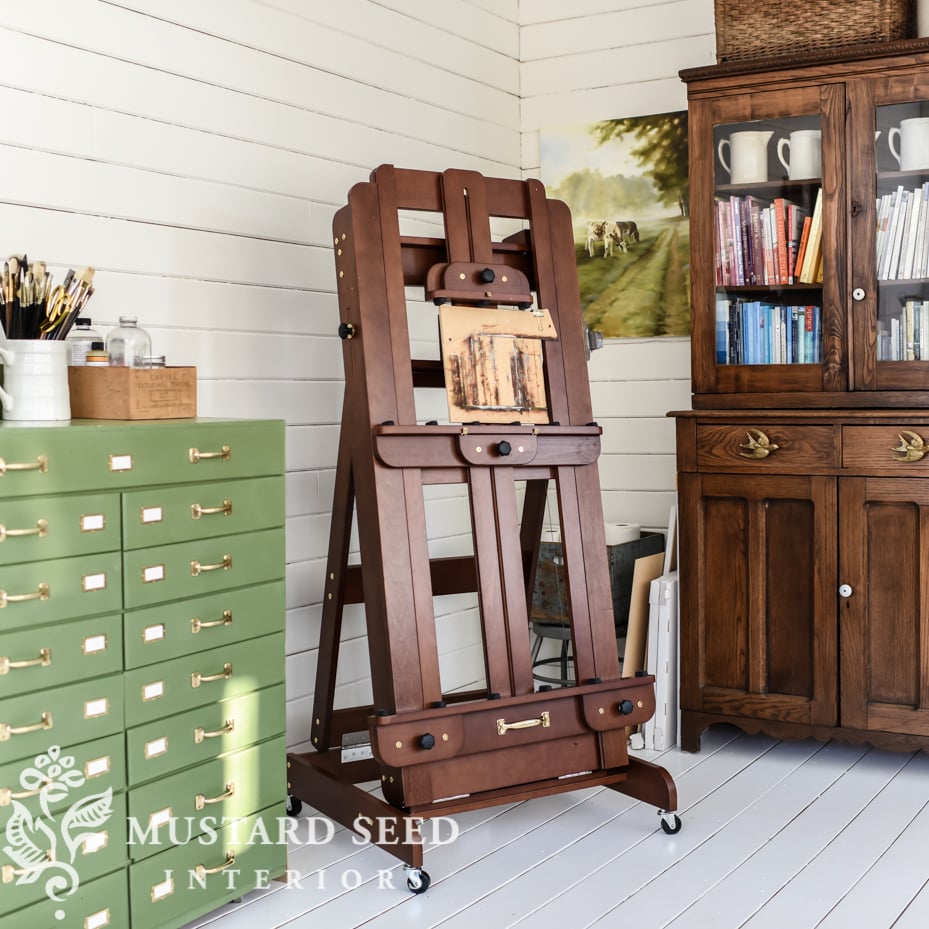 I’m enjoying it so much and it’s a tangible reminder how small things can become bigger things.

Whatever your creative endeavor may be…painting, making, stitching, sketching, writing, decorating, baking…  I want to encourage you to put yourself and your work out there even if you’re still learning and growing.  If you wait until everything is perfect, well, it might never be perfect enough.  And you might be missing out on the encouragement (not to mention the income) that can spur you on to get even better…

Coming up this week…the reveal of our finished hardwood floors, some progress in the office and dining room, and an awesome craigslist find that convinced me to break my no-spend February…  (And I still need to show the updates my mom and I made to the playroom!)