When you last saw this piece (yesterday) in part one, it had the drawer fronts painted and oiled to match the body of the cabinet… 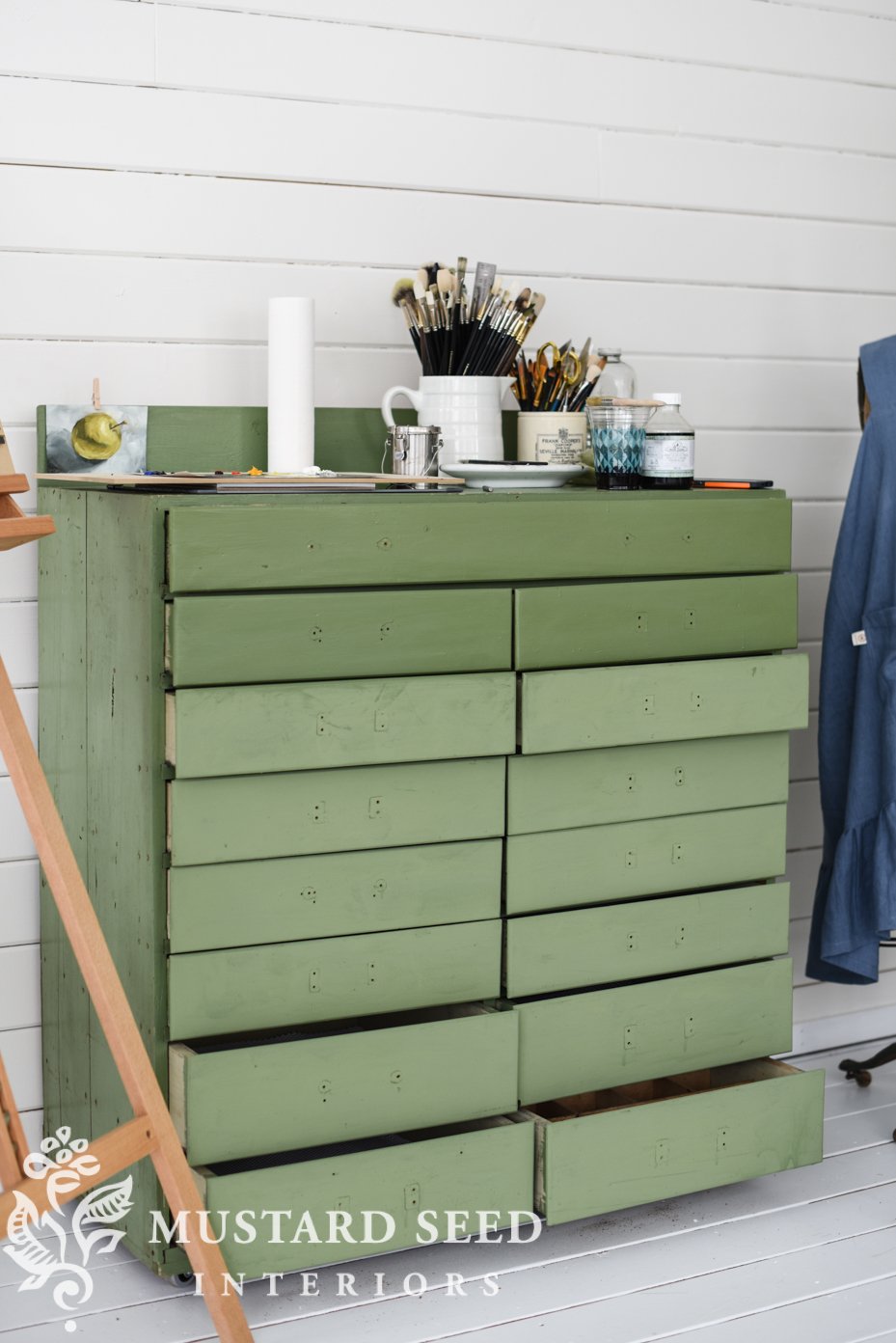 Once the Hemp Oil was applied to all of the doors, it was time to put the hardware on.  Now, I have to admit that I was intimidated to put all of the hardware on this piece.  It’s a lot of hardware that needs to be in a straight line and precision is not my forte.  I initially called Jeff in to help, but then I remembered (and actually found) a hardware template I have.

I informed Jeff that I didn’t need him anymore, because he was being replaced with the template.  (I don’t know why the green looks so drab in this picture!) 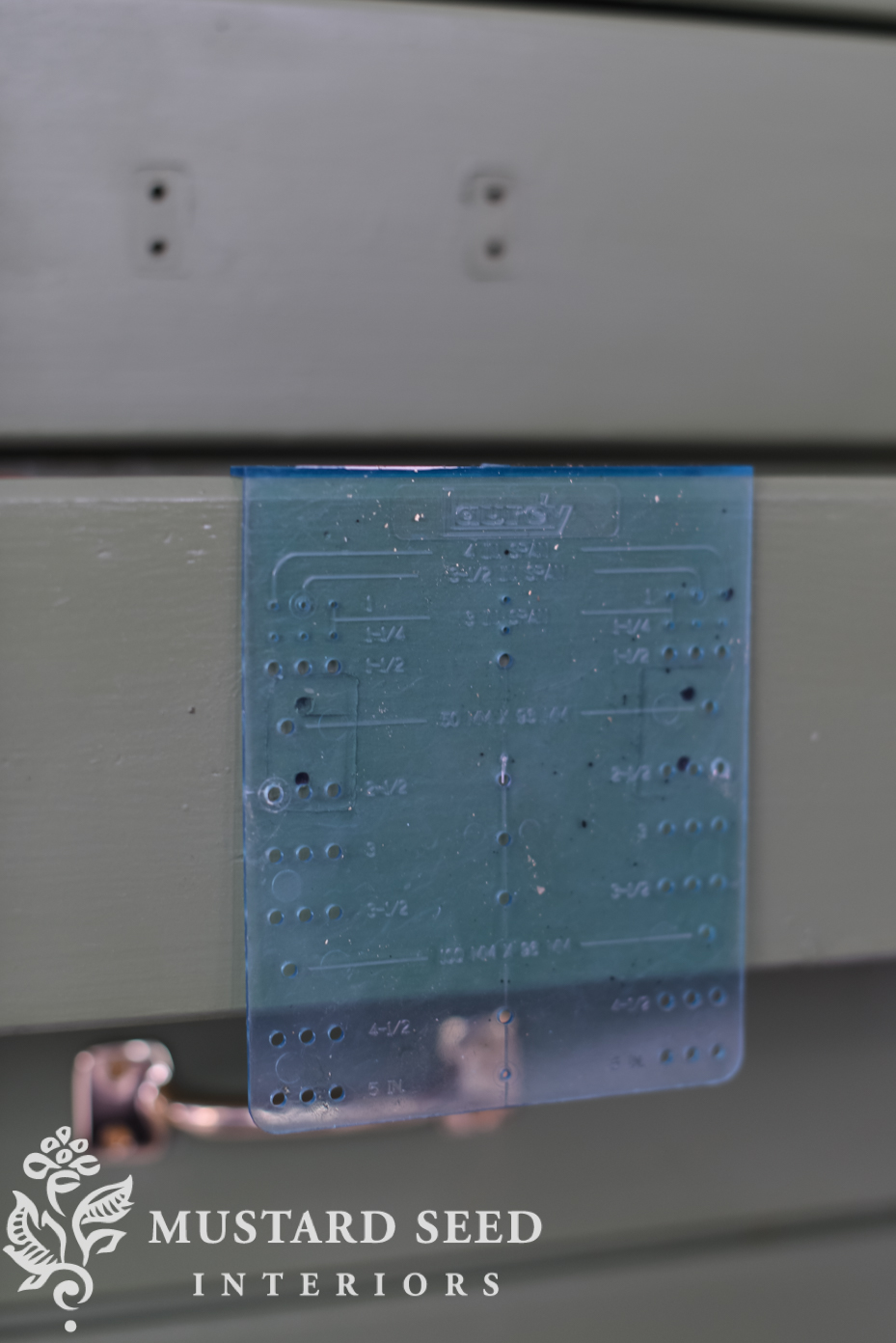 I lined the template up with the drawer edges, also using the placement of the old hardware as a guide.  Even with the template, I knew it wasn’t going to be perfect, because some of the drawers sit a little crooked.  I wanted to get it as close as I could, though. 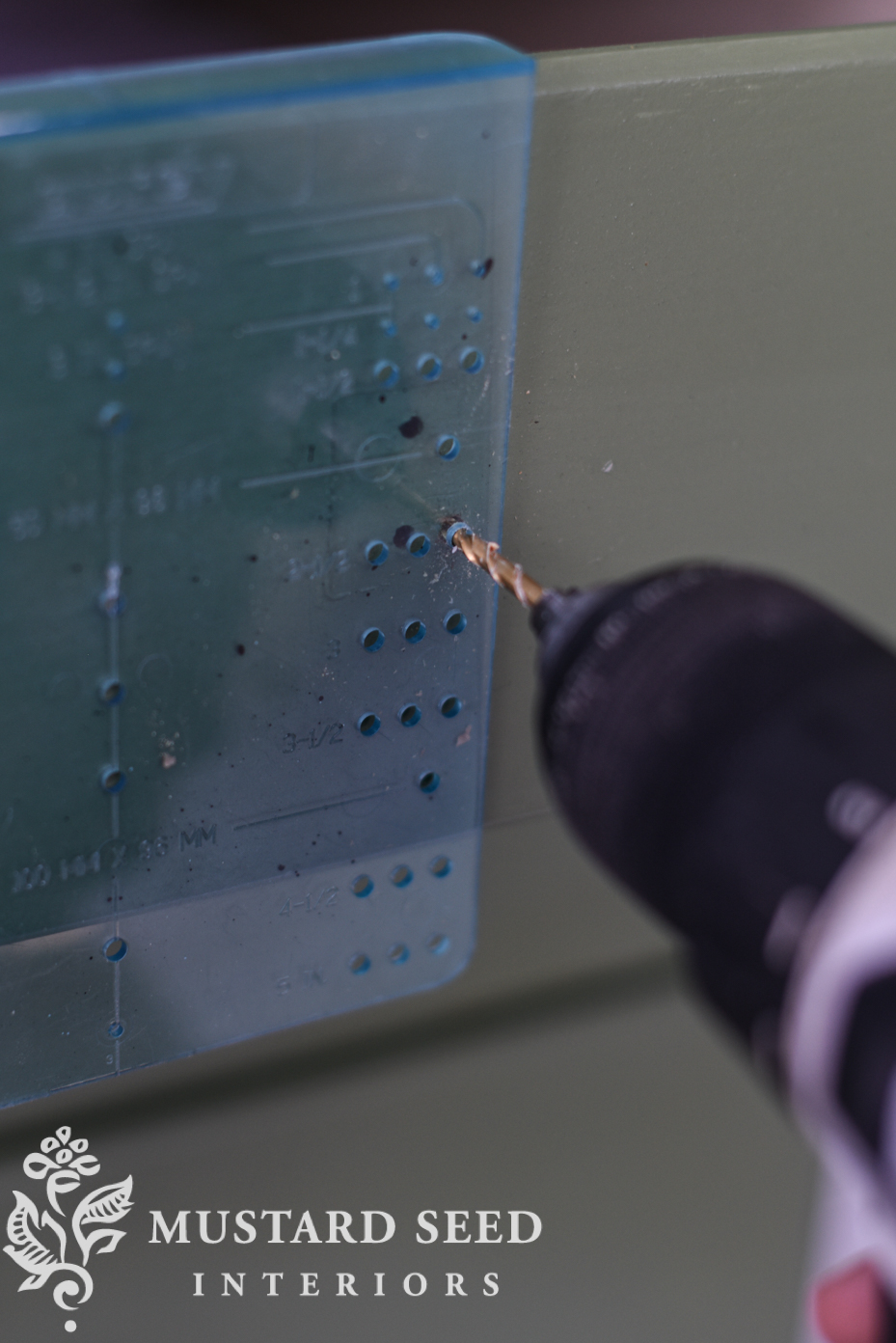 …screwed on the drawer pulls and then drilled pilot holes and put the screws in the top. 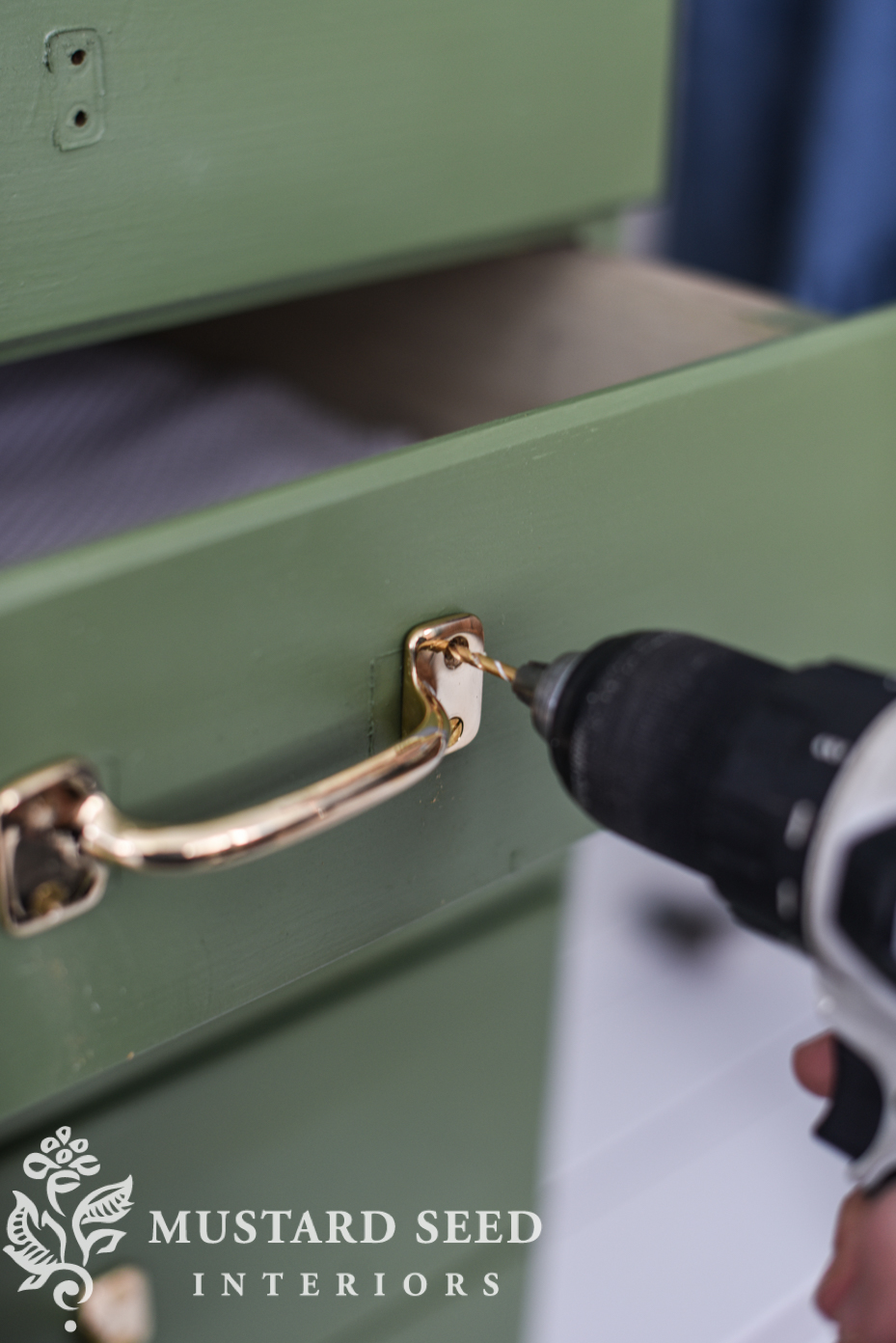 Initially, I was switching out drill bits multiple times for one piece of hardware, so I grabbed our second drill.  I put the driver bit on one and drill bit on the other and that expedited things. 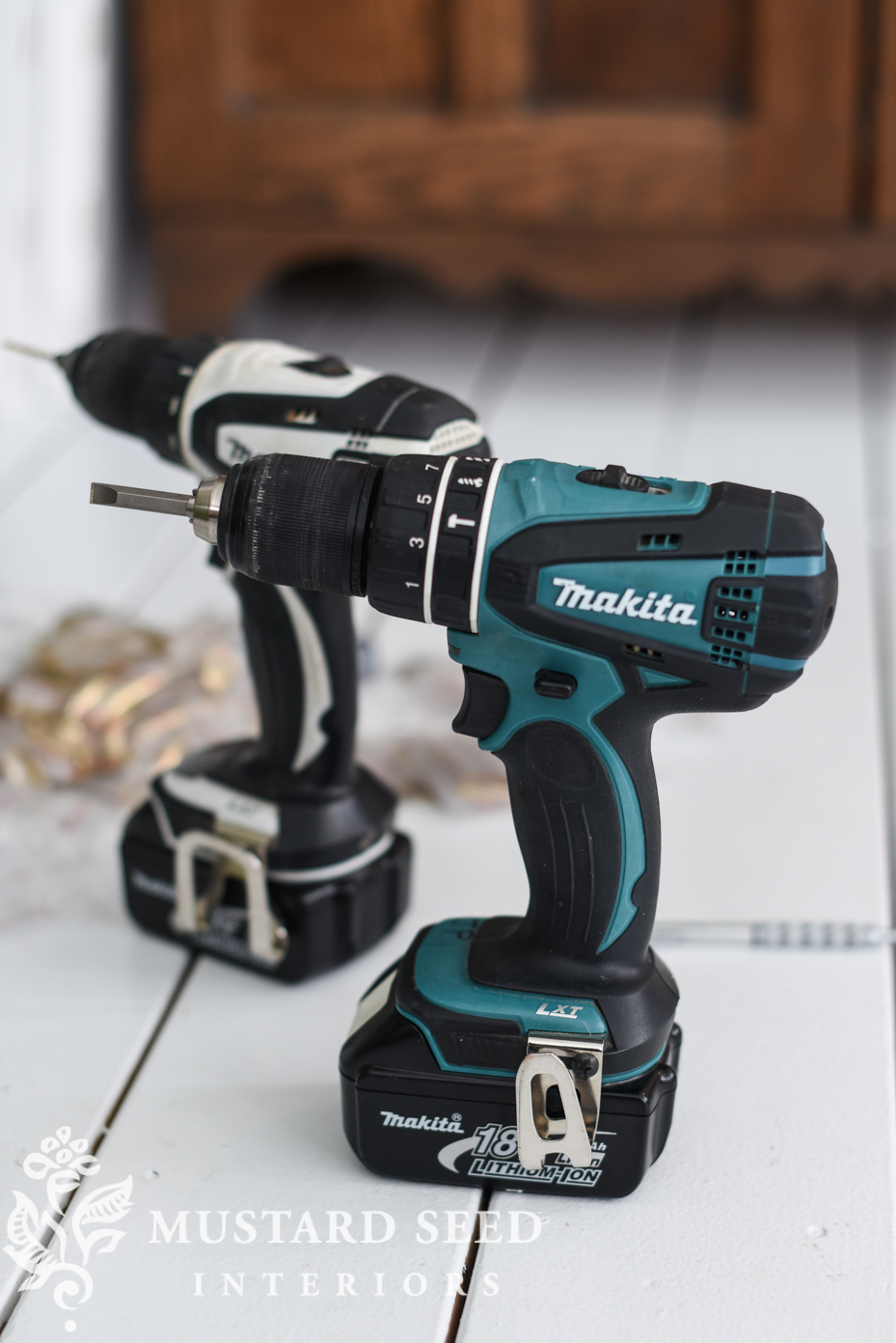 I like to get a visual, when possible, before making a decision like this.  I’ve learned from many, many decorating mistakes, that it’s best to test things out and think about it before plowing ahead.  So, I enlisted Marshall to hold the handles for me.  I realized, as I was looking at them, that it wasn’t quite enough for him to hold them and for me to look at them.  I pulled out my phone and snapped pictures, so I could look at them “on film” and didn’t feel rushed with an 11 year old antsy to get back to doing something more fun than holding hardware on a piece of furniture for mom. 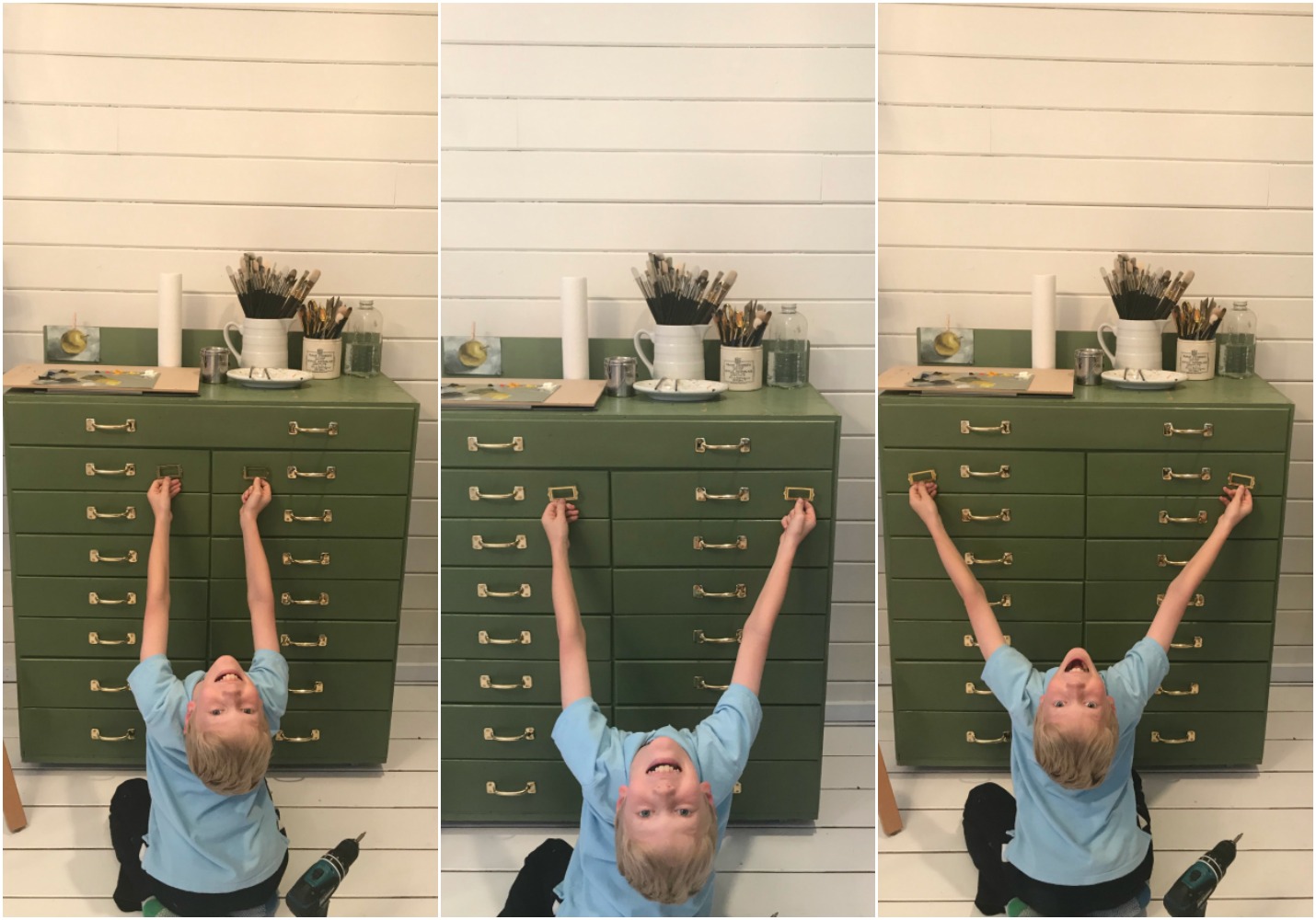 (Although, he made his own sort of fun out of it!)

When I looked at the pictures, it became clear which one I liked best.  I think any of the options would’ve looked nice, but one stood out to me.

I used the template again, to get the label holders lined up.  Again, it wasn’t going to look perfect, because of the wonkiness of the drawers.  But, that’s one thing I love about old pieces.  They are very forgiving of imperfections and just accept them as a part of their story.  A brand new piece would never put up with hardware that didn’t look completely in line.

And here is how it turned out… 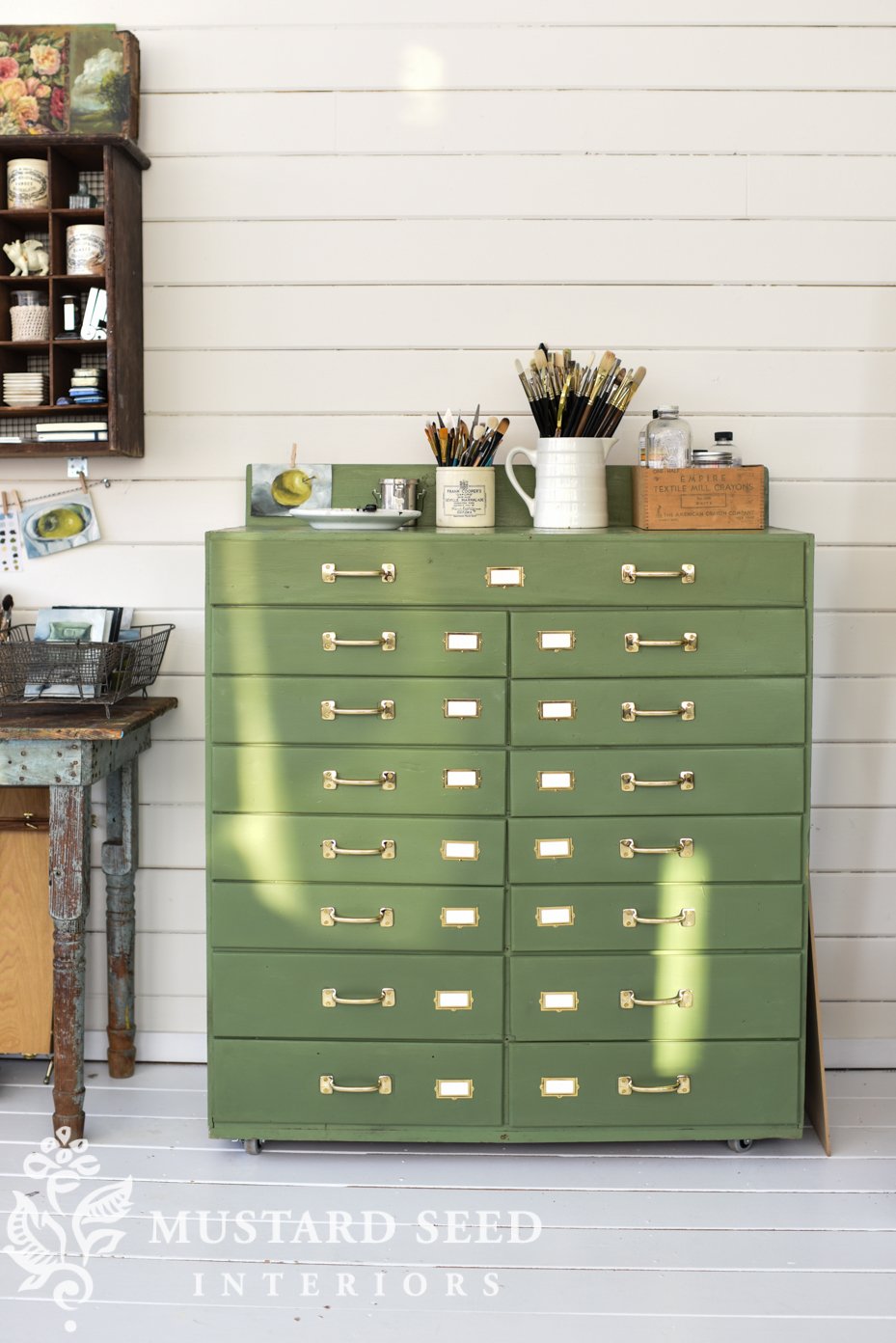 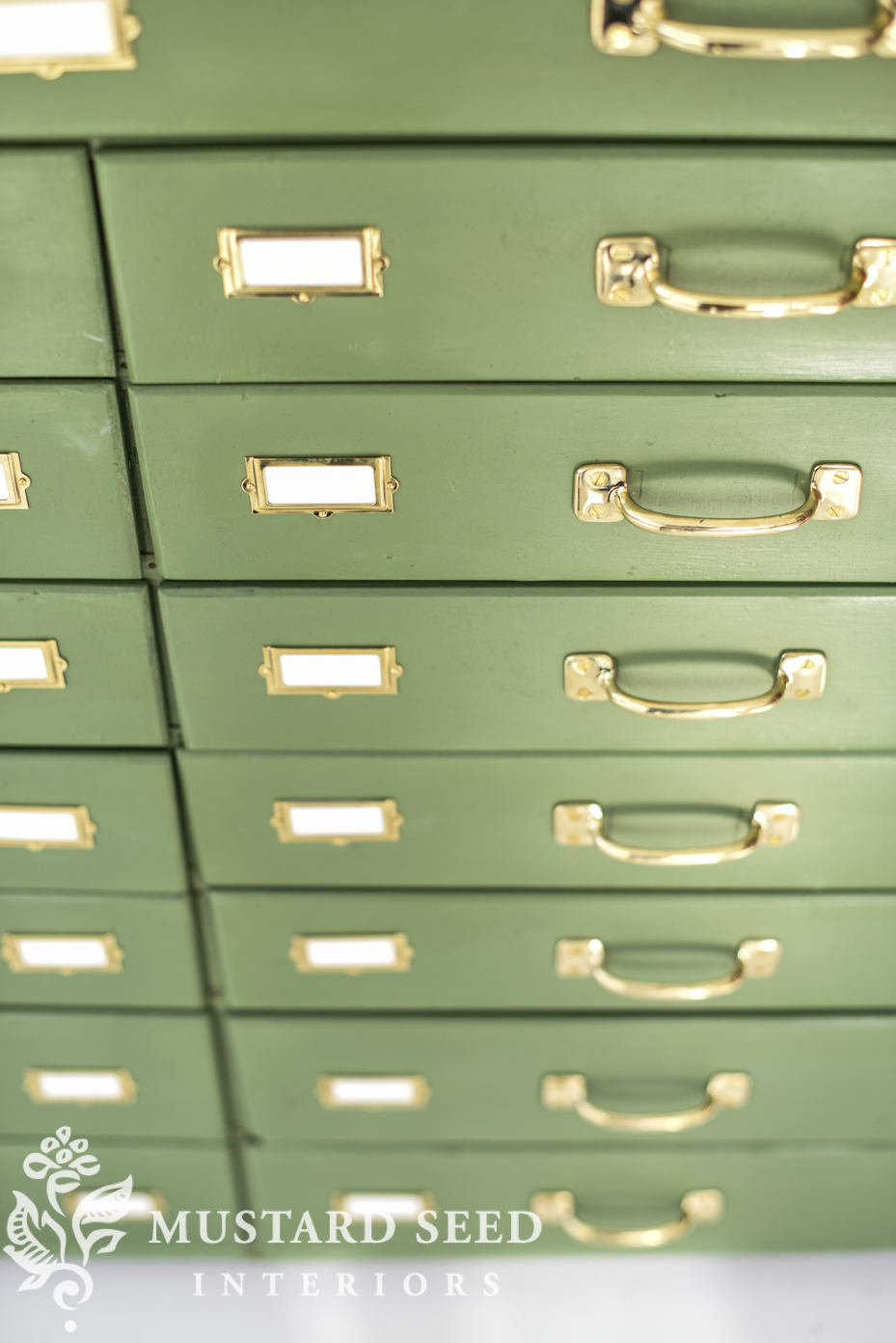 The handles are un-lacquered solid brass sash lifts from House of Antique Hardware.    They did have less expensive ($2.49/each) sash life handles that look the same, but they were brass plated.  I decided to spend more and purchased the solid, unvarnished brass, so they would age over time.  I bought these label holders, also in brass. 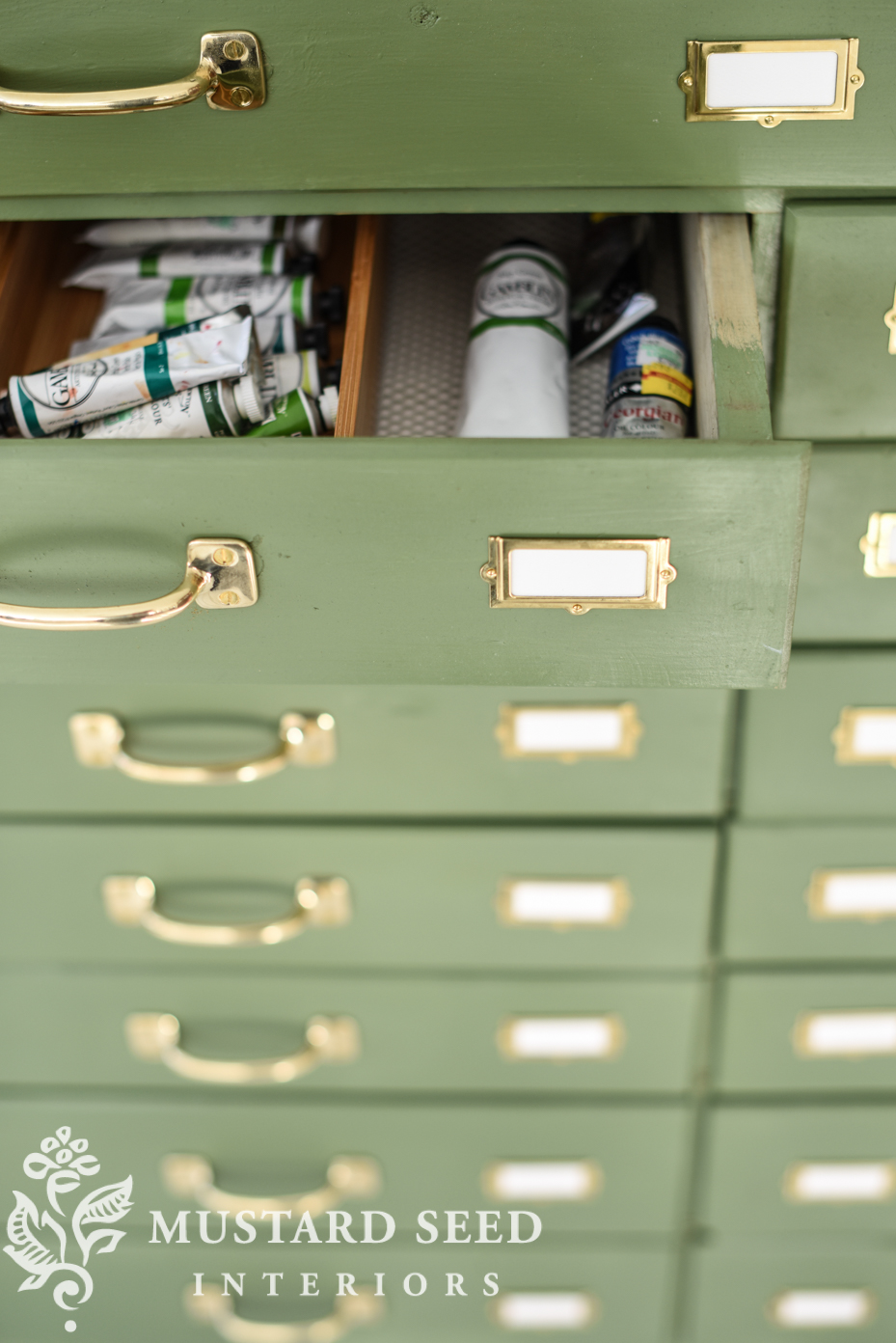 I just love how it turned out.  It’s prettied up, but it still looks like the old piece that it is. 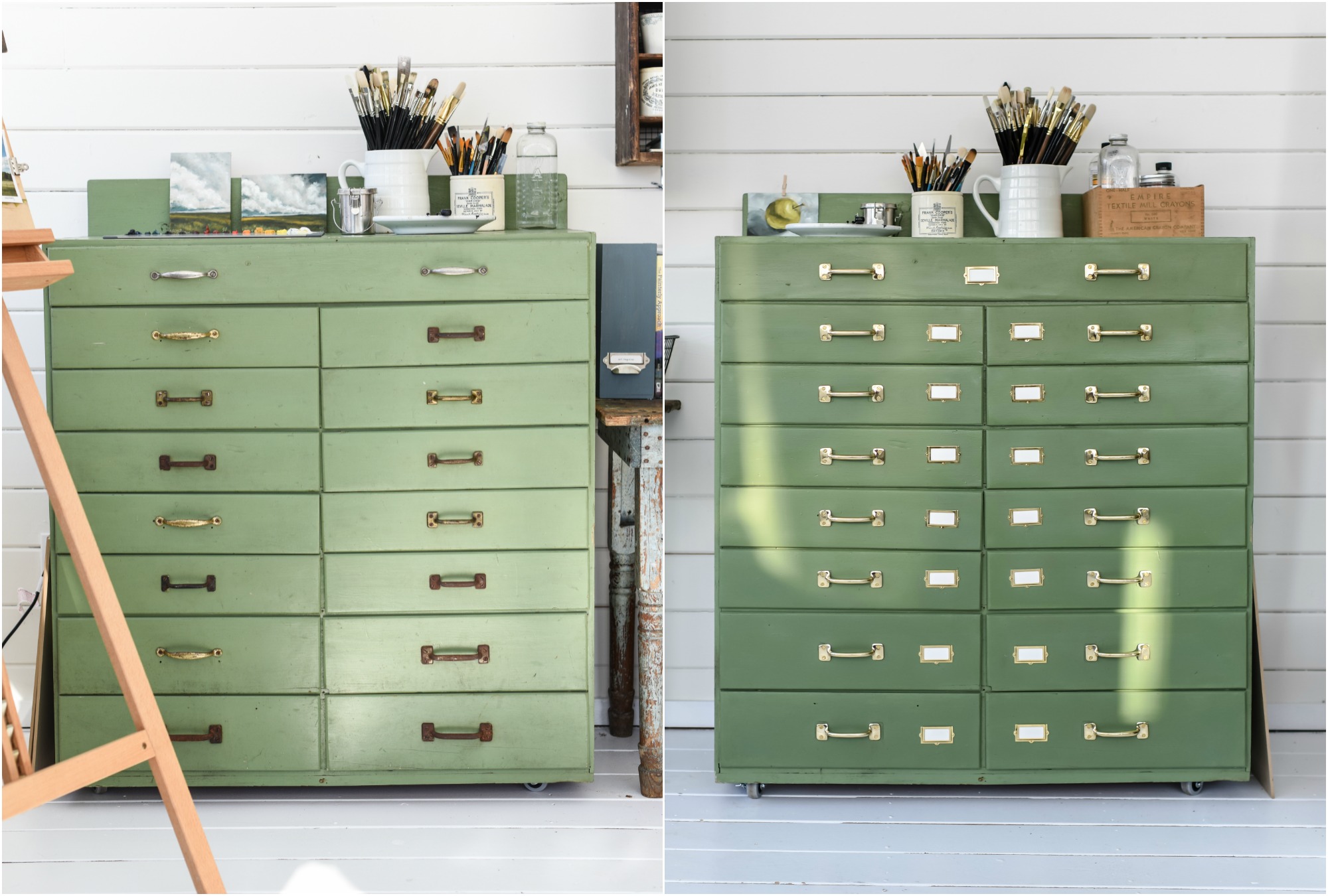 I started doing some organizing in my studio today and the drawers are filling up with all sorts of paints, palettes, canvases, etc…