I think one of the reasons that I like old things is that they are already worn.  They wear scratches, dents, dings, chips, cracks, and crazing, and any new damage that is done to them will likely go unnoticed.  They are already imperfect and there is no pressure to keep them pristine.  Well, newly installed and freshly refinished hardwood floors do come with some amount of pressure to keep them scratch-free for as long as humanly possible.

For me, that turned out to be less than 24 hours.

I knew that these hardwood floors would scratch, because we have them on our stairs, in the dining room, my office, and 15-year-old floors in the kitchen and eating area.  All of them are scratched to some degree from the pets, from furniture scooting, from dropping things, from kids, from life.  I knew these floors, which are in the two most trafficked rooms in the house, wouldn’t be the exception, and I really am okay with that.  I would rather have wood floors with scratches than carpets with stains. 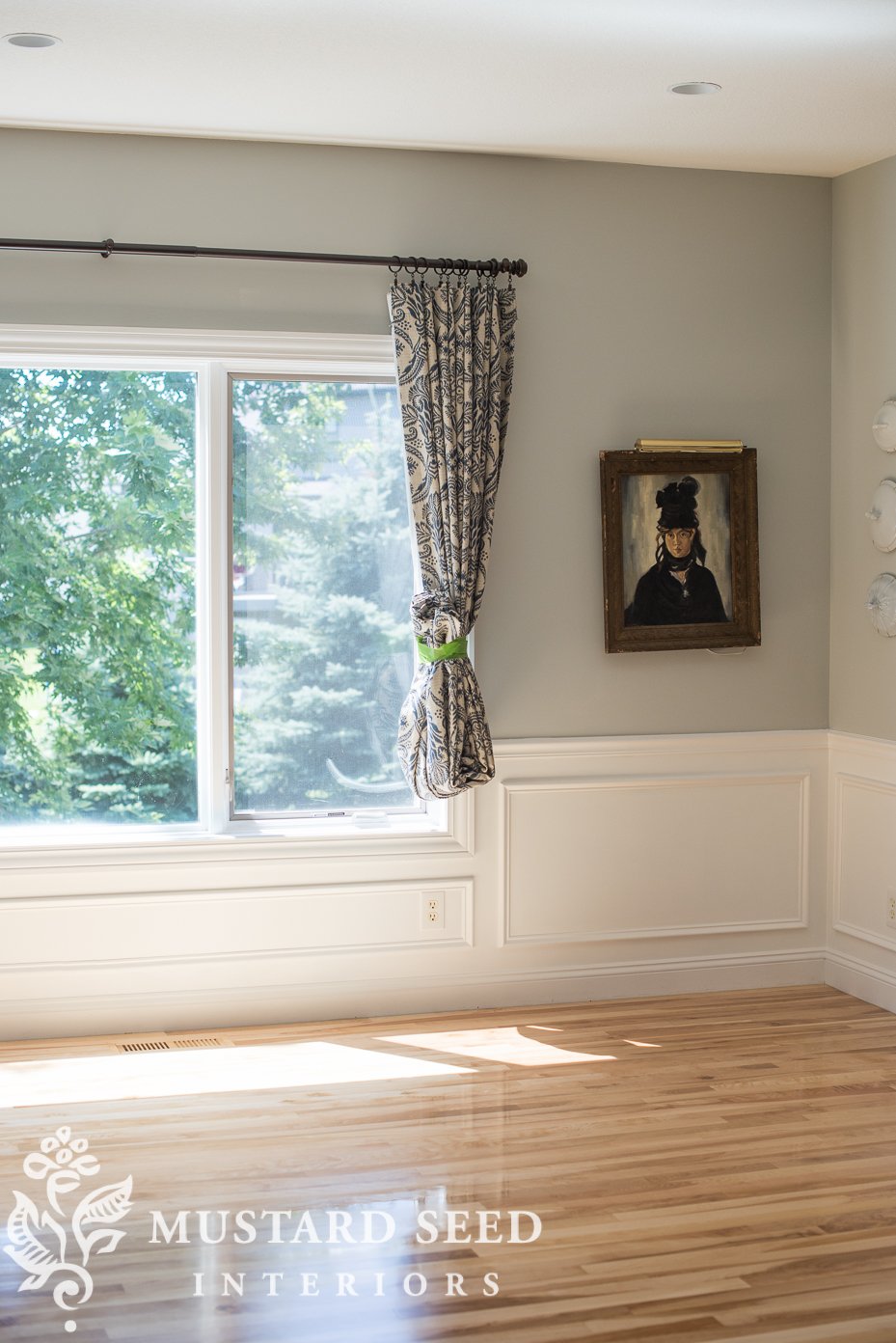 So, the morning after the hardwood floors were beautifully finished and the final coat was sufficiently dry enough to start moving furniture back into the rooms, I decided I was going to start slowly moving in a few pieces.  Jeff had left for a hiking trip early that morning, so the rooms were going to be put together by me and the boys.  It was fairly early, so I didn’t want to bother the boys, yet, and got it in my head that I could easily slide the corner piece of our sectional out of the dining room and into the living room.  (The sectional is the Outerbanks Sectional in Ponder Lakeland from Arhaus.)

I know you can all see what’s coming…

I should’ve seen it coming!

I put sliders on the bottom of all of the feet, turned the piece on its side, careful to make sure only the cushioned part was touching the floor.  I began to pivot the bulky piece through the doorway and quickly realized the entire thing was a mistake.  The piece was wedged and, not only was it wedged, but the side of one of the legs was digging into the floor.

“Oh no!  Come help, guys!  I need help right now!!”  The boys came racing down the steps when they heard the desperation in my voice.  Marshall, the oldest, slinked through the maze of furniture in the dining room and looked at me in disbelief over the wedged piece of upholstery.  ‘What are you doing, mom?  Why didn’t you wait for us to help?”

“And you’ve jacked up the doorframe over here, too.”

I shot him a you’re-not-helping look and we tried to get the sofa piece unstuck.  One leg was tightly wedge on one side of the door frame and another on the other.

I was panicked, certain there was no way on earth to get this piece out of the doorframe.  It was like trying to solve one of those metal puzzles where the pieces have to be at the perfect angle and correct relation to one another to disconnect.  I slid a piece of cardboard under the leg and tried to gain some amount of reason.  If it came in, it’ll go back out.

After a few minutes of struggling, we couldn’t get the piece in or out.  It was just stuck.  Marshall, who was much more level-headed about the whole thing than I was, figured out the angle required to get the piece back into the dining room.  I exhaled a deep sigh of relief and now I could survey the full extent of the damage.  What I didn’t know is that Jeff had been on the phone the entire time while this was playing out.  He had called Marshall to tell him good morning and Marshall set the phone down when I needed help.  Marshall picked the phone back up and told Jeff how mom had scratched the new floor and messed up the doorframe.  He even texted pictures. 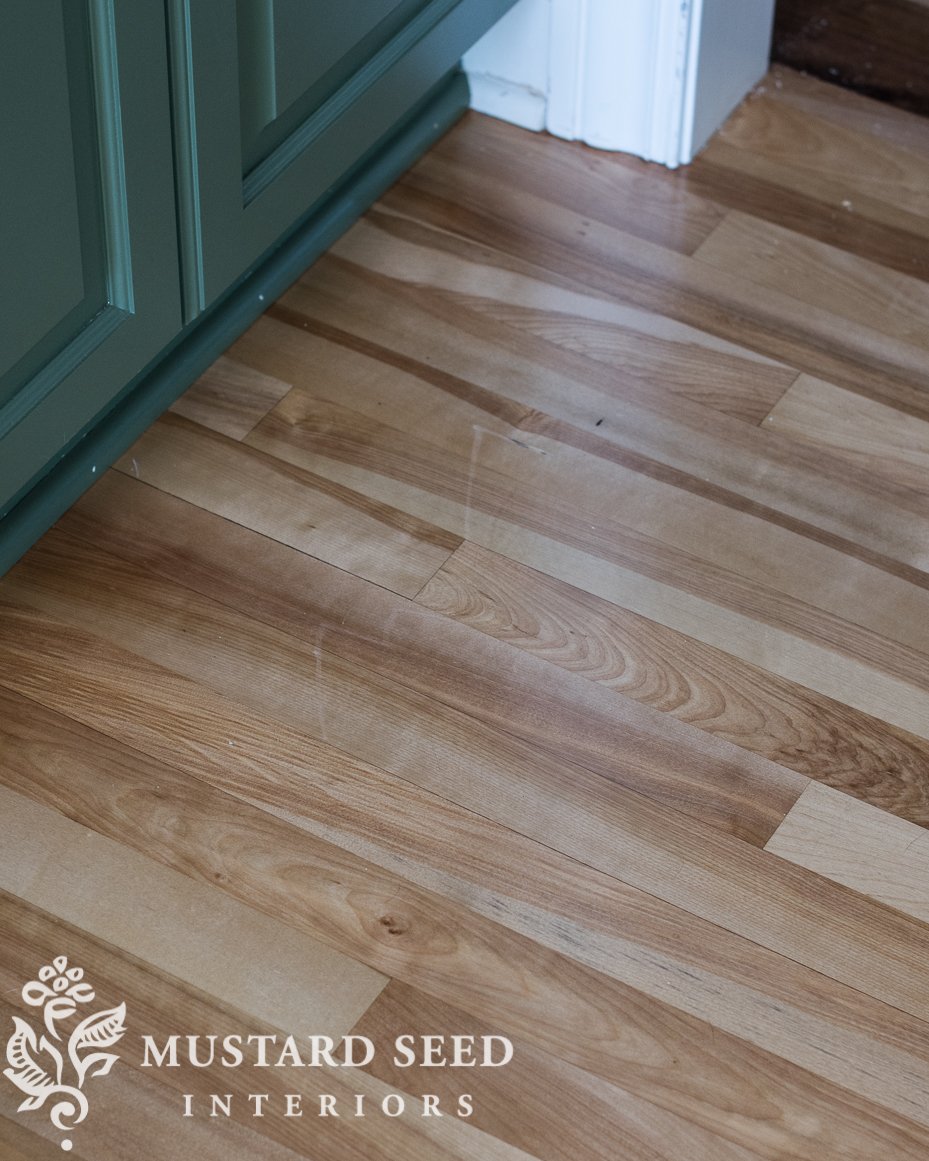 I finally grabbed the phone.  “I know.  I know.  This was so stupid and I’m so mad at myself right now.  You don’t need to say anything.”

And, to his credit, he didn’t lay on any guilt or admonishment.  He said it was no big deal.  And he was exactly right.  We live in this house.  We actually live here.  While I show pictures of this house on the blog and social media and it’s sometimes photographed for magazines, this isn’t a set and these aren’t props.  This is our home and it’s going to get dinged and dented and scratched and spilled on.  Things are going to break and we’re each going to do stupid things that cause permanent or difficult-to-repair damage.  We’re going to back into the garage door (which we’ve done), we’re going to cut an active water line (which we’ve done), we’re going to drip paint on the carpet (which we’ve also done.)

As soon as I got over the disappointment in myself, I was relieved at the thought that this was just the first scratch of many.

And that one scratch doesn’t take away any of the beauty of these hardwood floors.  Not even a little bit. 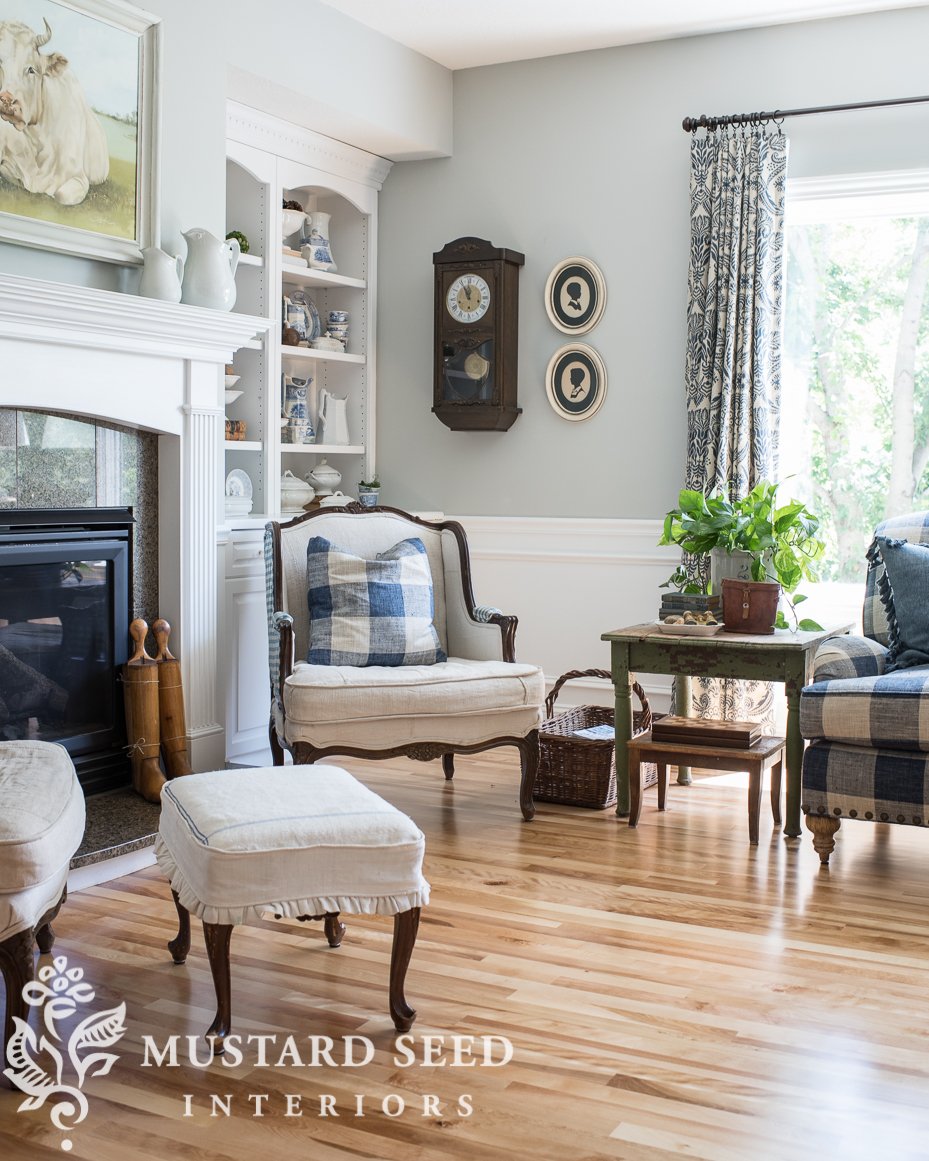 And, about 30 minutes later, I was sort of relieved that I had put the first scratch in the new hardwood floors, because Calvin dropped the most massive Maglite in the kitchen, causing a small, but noticeable dent.  And then Sebastian came sliding in, excited at the sound of food being poured into his bowl.  Life started happening in rooms that had been taped off while the work was done and the first scratch was already behind us.

The pressure of perfection was off.