I have quite a hoard of linen towels, both new and antique.  There is just something irresistible to me about linen.  For the most part, though, those beautiful towels have sat in stacks.  I approached them with the mindset that they were somehow too precious to actually use.  I am pretty regularly preaching that you should use the things you love daily instead of saving them for special occasions, but the idea of stains and frays on my pretty linen towels was a deterrent.

Well, I finally gave myself a good talking-to and decided to use some antique linen towels in our half-bath. 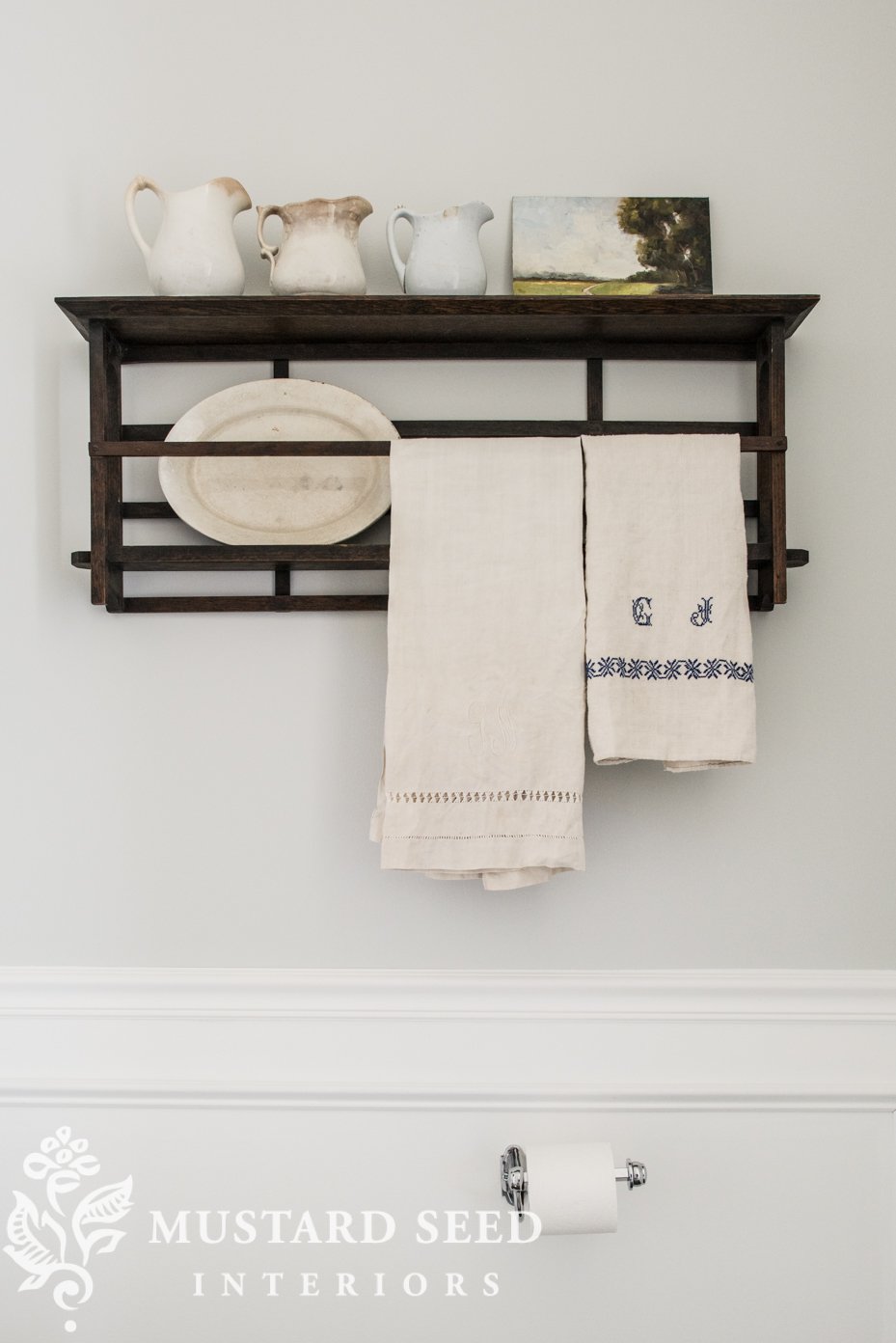 Guess what?  They wash well, they are more absorbent than one would think, and they dry much quicker than terrycloth. 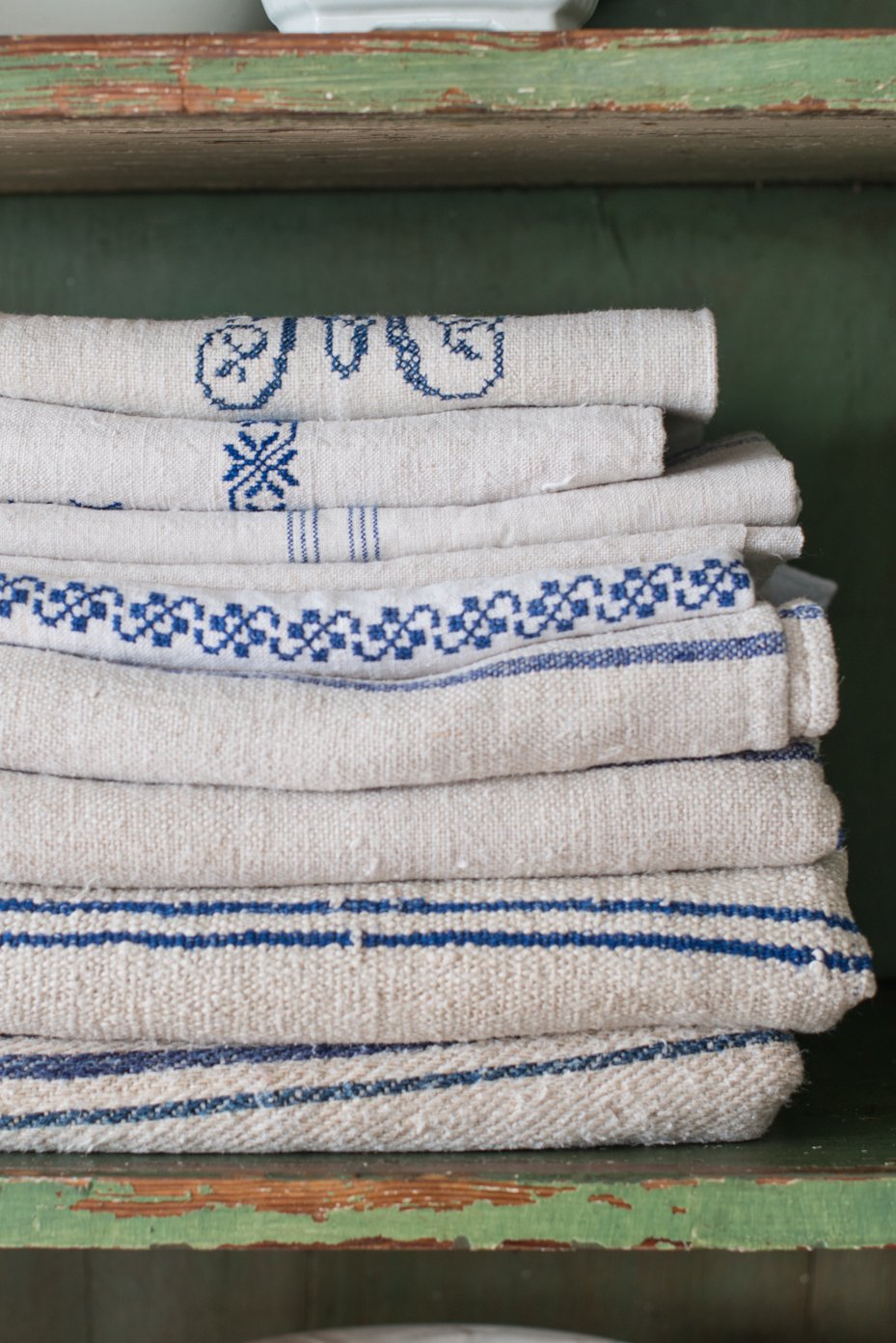 So, I decided to make the switch to using linen towels in the kitchen and see how that went.  They are so much thinner than terrycloth…would they really be absorbent enough for the constant use that happens in the kitchen?  I was going to try it and find out.

I have to admit that I wasn’t sold on the first day.  I just wasn’t used to the thinner linen and I wasn’t sure if I liked it.  I needed to give it a more honest try than one day, though, so I kept using them.  The more I used them, the more I liked them.  They’re surprisingly absorbant and they dry so fast!  They also take up a lot less space on the shelf under the sink. 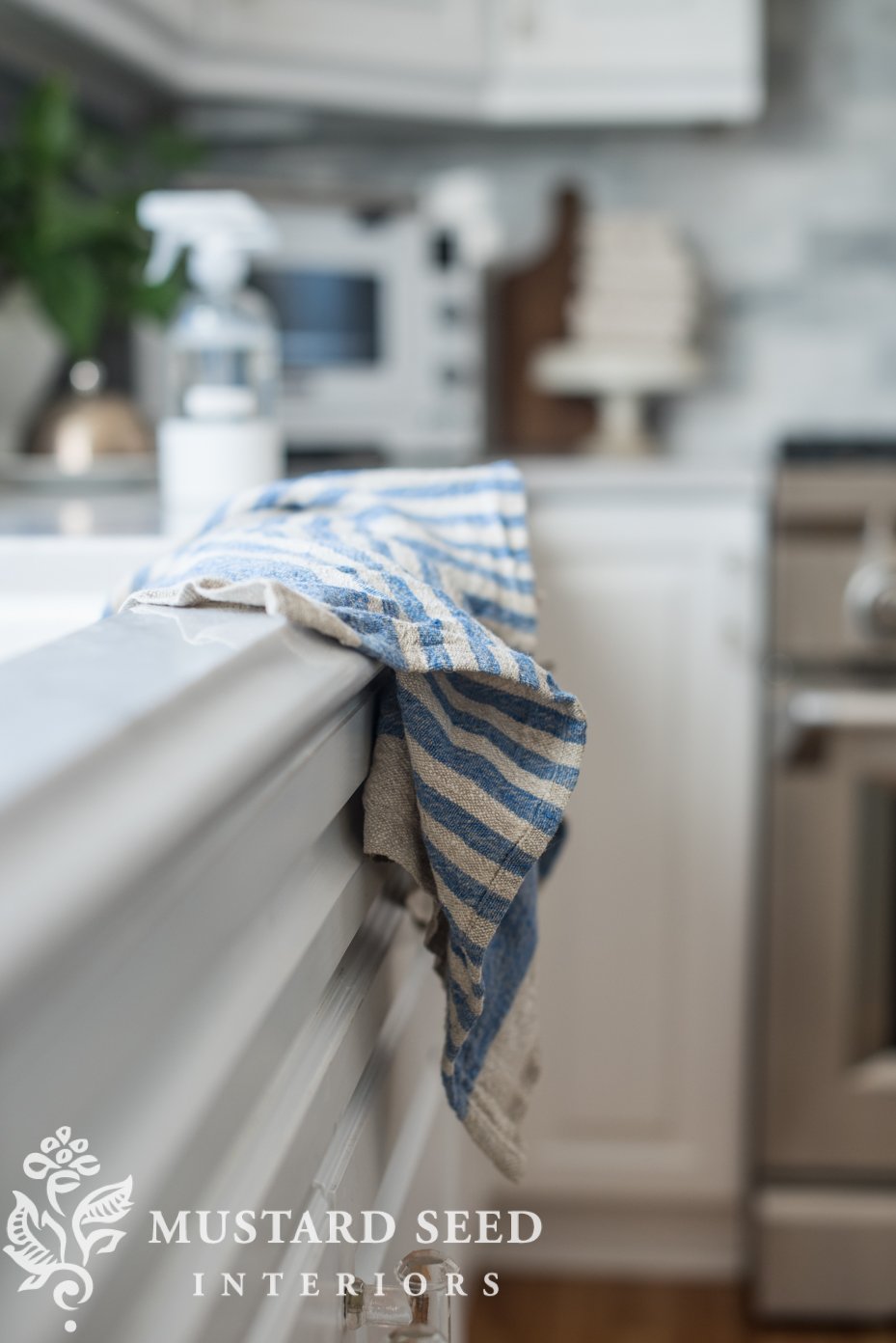 The only problem I found is that they came out of the dryer in a wrinkled wad.  They weren’t just wrinkled, but they tightly bunched to the point that they resisted being folded or hung over the sink. 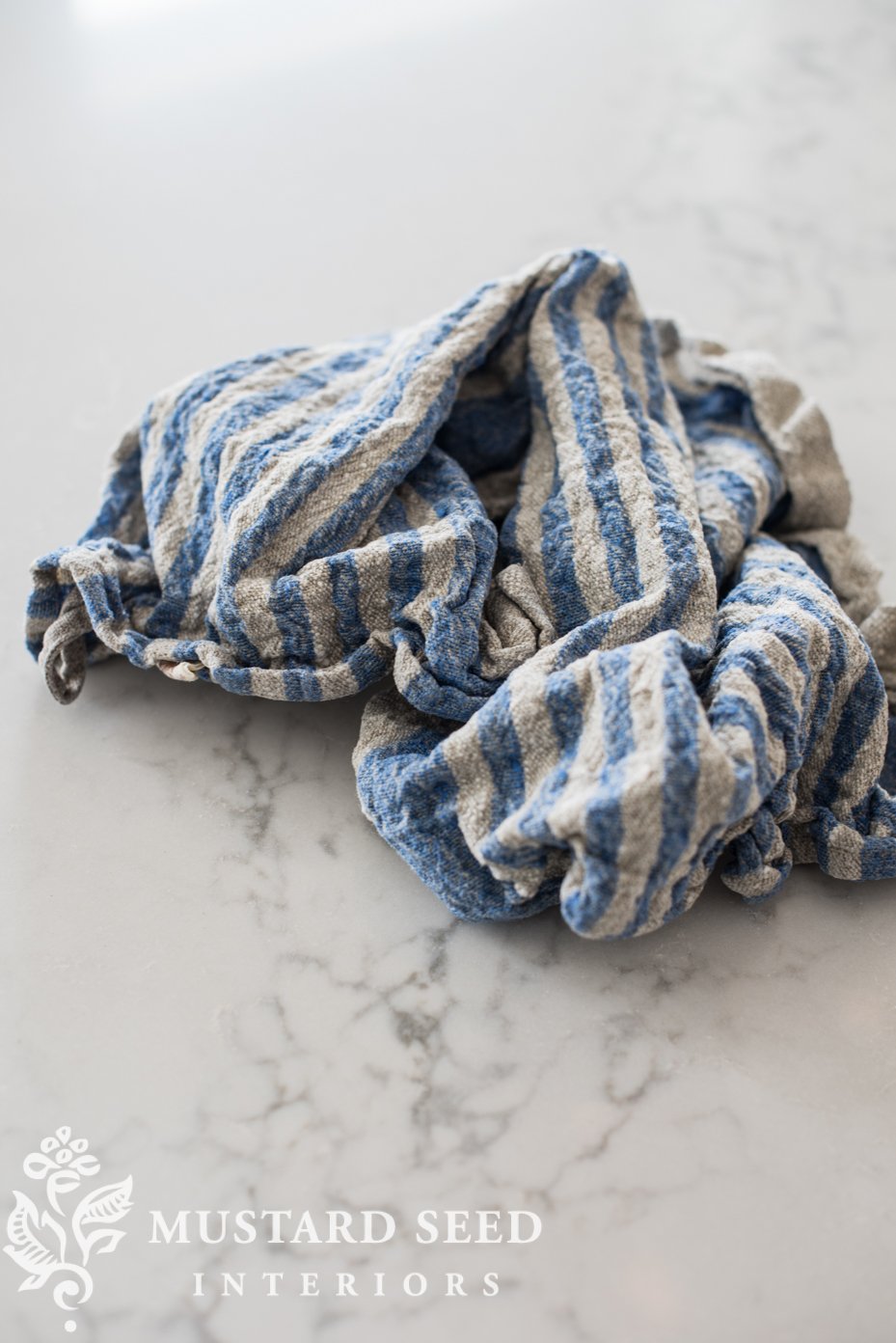 So, I learned how to care for linen towels.  I throw them in the washer and instead of putting them in the dryer, I’ll stretch them out between my hands… 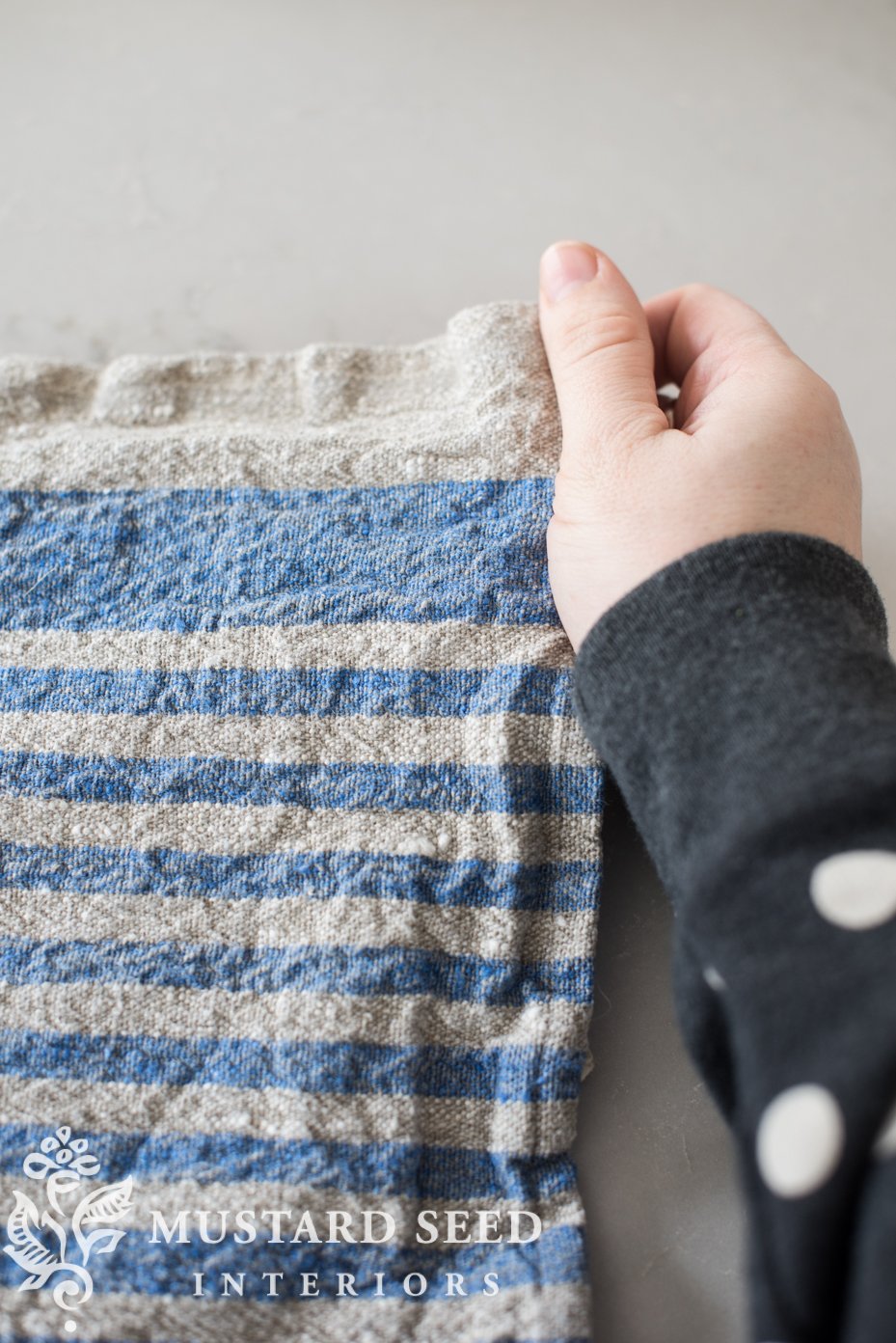 Until they are relatively flat and smooth… 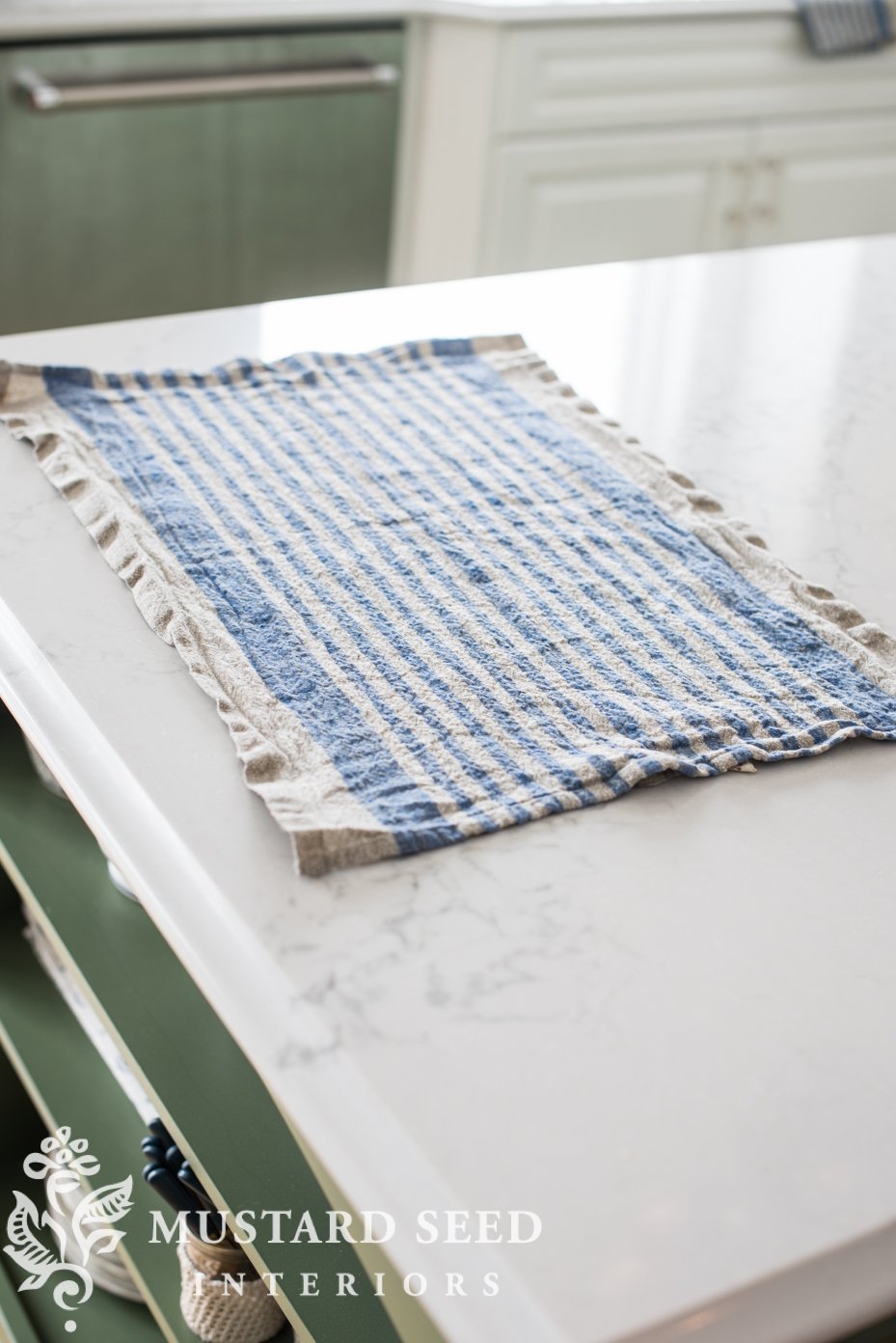 I’ll then hang them in the laundry room or over the backs of our stools to let them air dry.  This only takes an hour or two before they can be folded and put away. 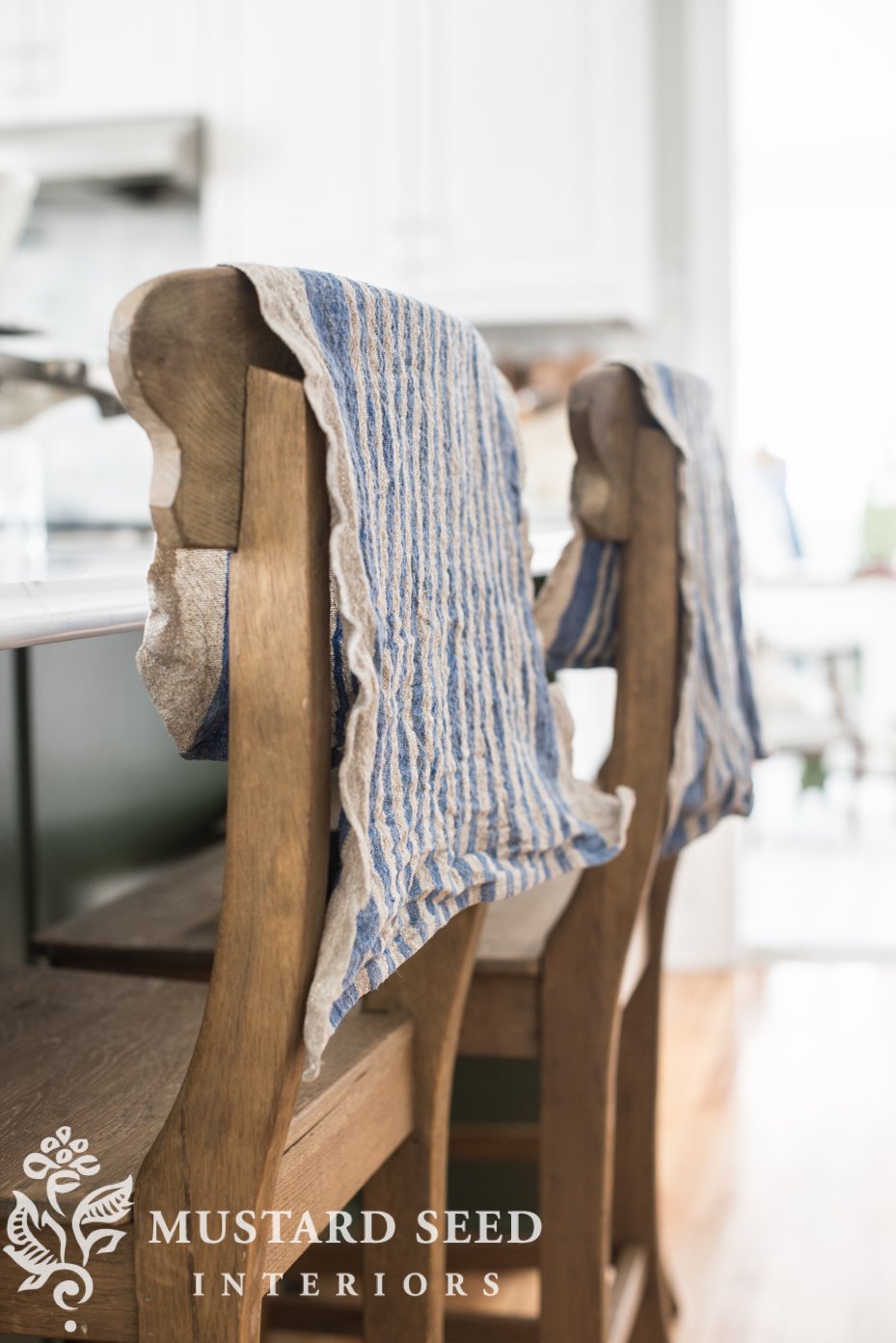 It’s a small thing, but I’ve really enjoyed using my linen towels every day.  I mostly use new ones, but I throw some vintage and antique ones in the rotation, too.  And, if they get stains or holes, then that happens while they are being used and enjoyed and that’s the whole point of having things in my house in the first place!

The best part about linen is that it gets better and softer with each use and wash.  I like things that age well, don’t you? 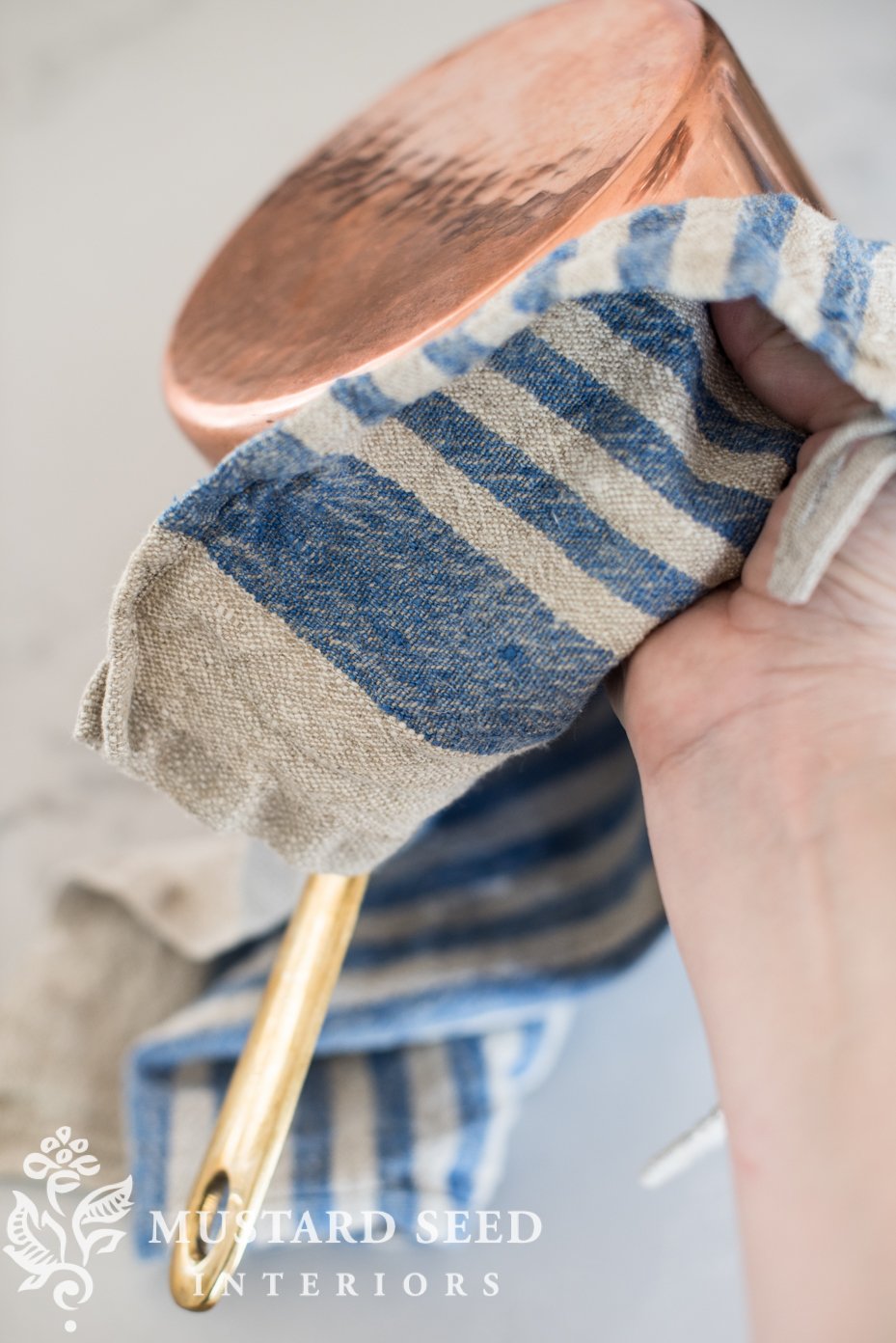 Any other linen towel users out there?

THESE are my favorite linen towels that are featured in this post.  You can find other colors and sets HERE.