We made some real progress in Calvin’s room the past couple of weeks.  As a reminder, we’re transitioning our guest room into a room for our youngest son, Calvin.  He’s ready to have everything done right now, but I’ve been trying to teach him that good rooms aren’t rushed together.  It’s about collecting just the right items and that can take time.

With the addition of a desk, bean bag chair, more masculine bed frame, some navy bedding, and a rug, it’s looking a lot more like a boy’s room, and a pretty cool one at that. 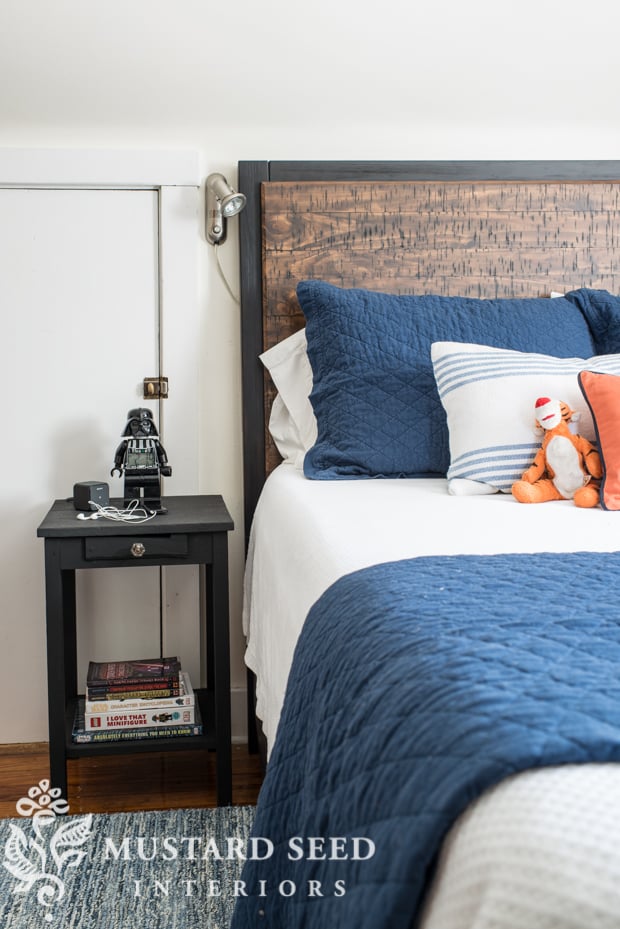 One of my favorite pieces, though, is his new nightstand.  This room is really small and we needed a small nightstand to fit in the tight space.  I was using a stool when it was a guest room, but Calvin needed something a little more substantial.

I happened to have a piece in the studio, a leftover from Lucketts.  It’s a pretty common thing that I end up needing a piece that doesn’t sell!  Calvin was eager to get it in his room, so he asked if we could pick it up from the studio.  When he saw it he said, “Yes, I want that one.  But it needs to be painted and it needs a little work.”

We looked over my milk paint colors and he picked the one he wanted – Typewriter.  I helped him with the mixing, just so we didn’t end up with paint sloshed all over the kitchen.  He was insistent about painting it himself, though. 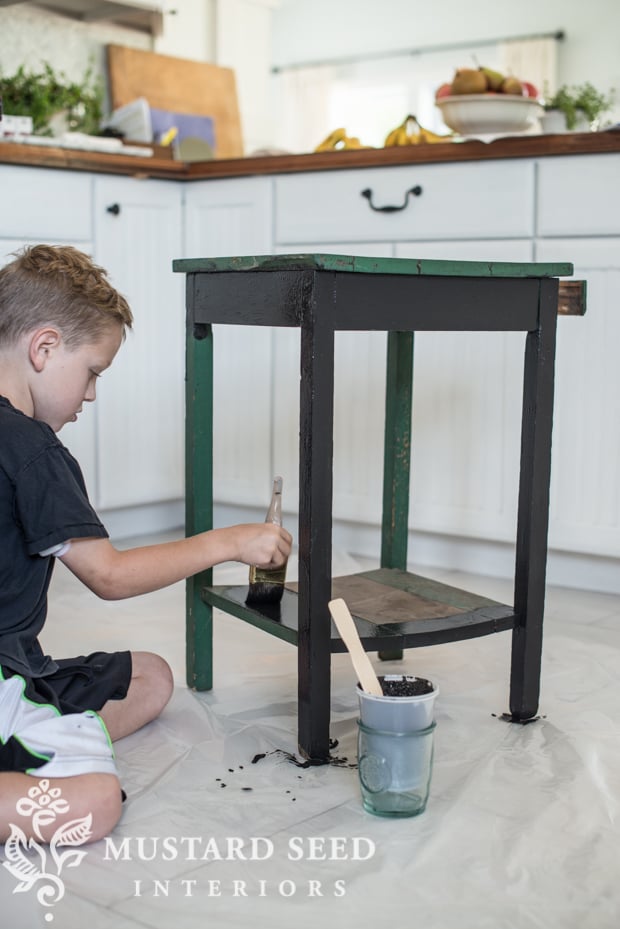 We used plastic cups for the milk paint most of the time, but I nestled it into a heavy tumbler, so a spill was less likely. 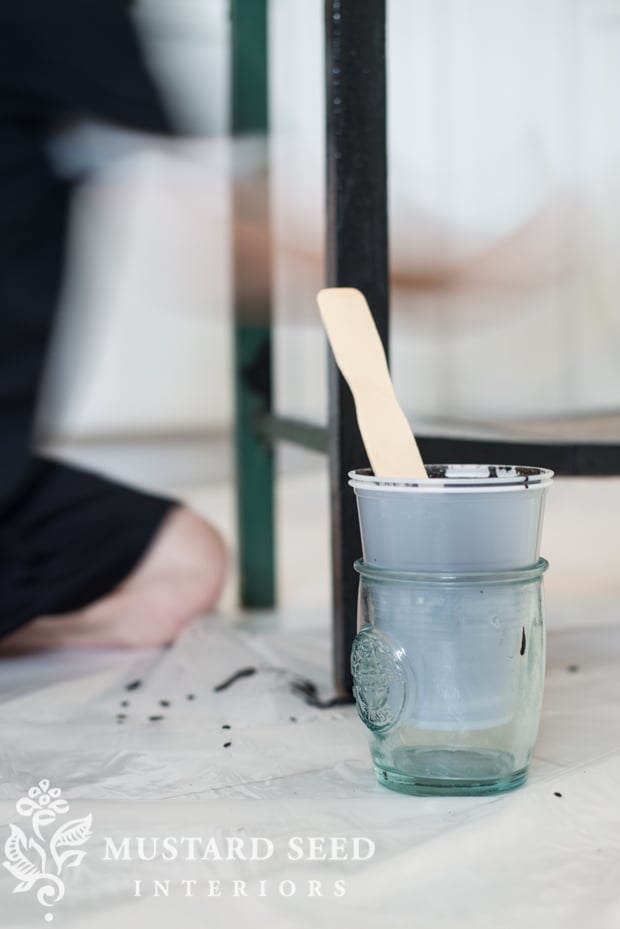 I helped out a little when it came to smoothing out the drips and getting all sides of the legs, but he did the rest himself. 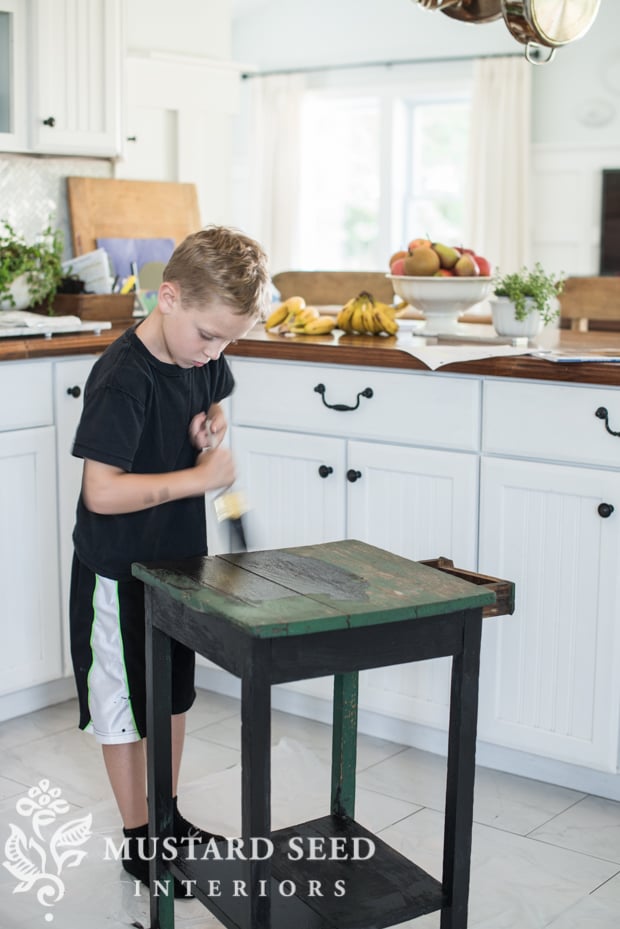 I applied a coat of Hemp Oil and put the original knob back on.  It’s not a perfect piece, but it was a great first piece for him to paint and he is pleased as punch with it. 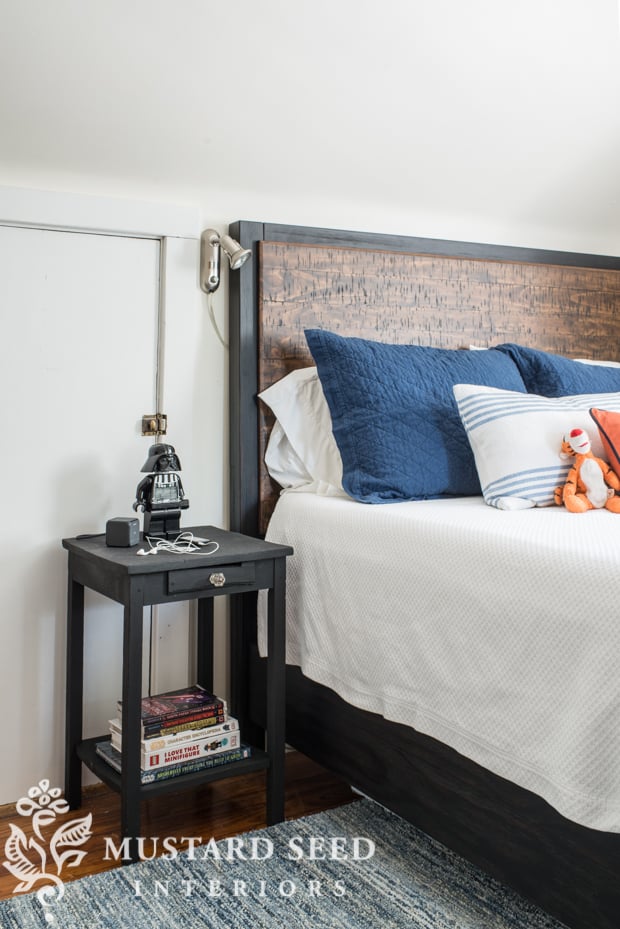 Another piece that’s a favorite of mine is the x-wing fighter he painted in watercolors.  He loved all of the Star Wars watercolors I painted for him that he wanted to paint some, too. We both agreed this one was frame-worthy. 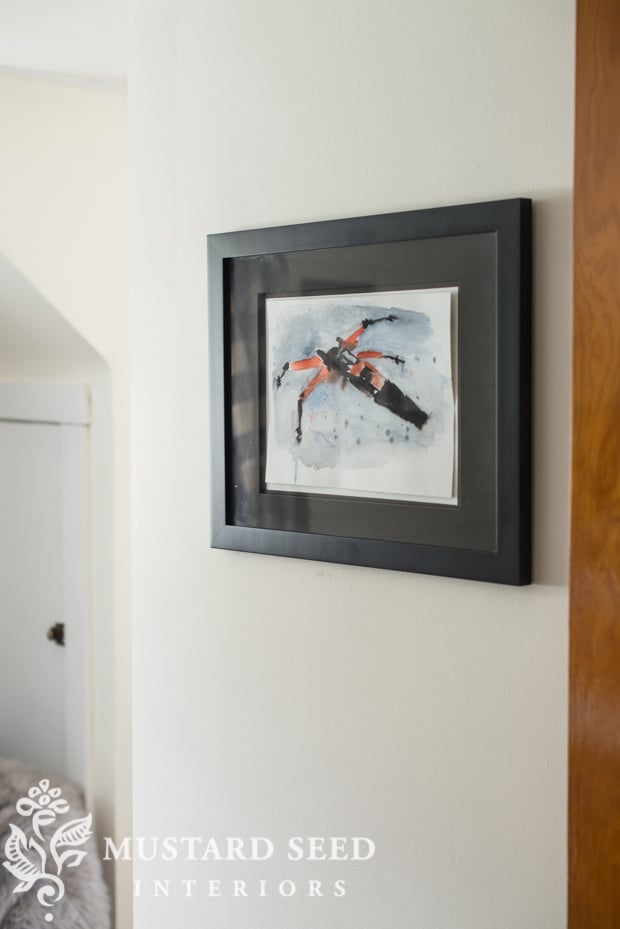 We still have some more details to work on, but it’s getting there. 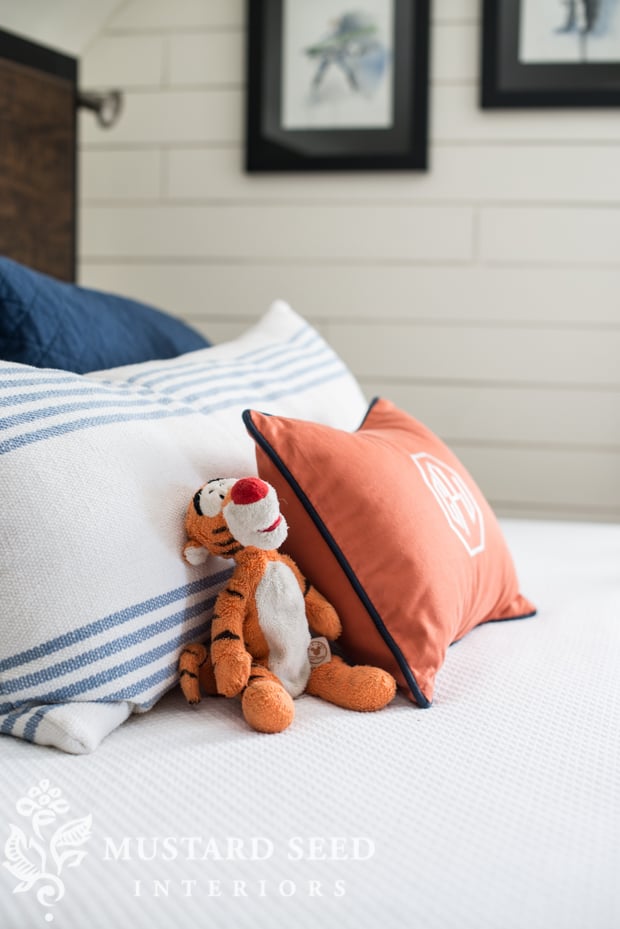 I’m taking the blue buffalo check fabric to the studio to hem this week.  I should have a finished (or almost finished) room to reveal soon!

42 Comments on “progress in Calvin’s room…”