None of us were looking forward to an early morning wake-up call to catch our train from Paris to Milan to Florence, but that is what had to be done. Since train travel is less expensive then air travel, my mom and I decided to splurge on business class tickets.  Since we were on the train most of the day, it was a good move. Our seats were comfortable and the train car was less crowded and quieter.  That made for a great day to relax and enjoy the view. 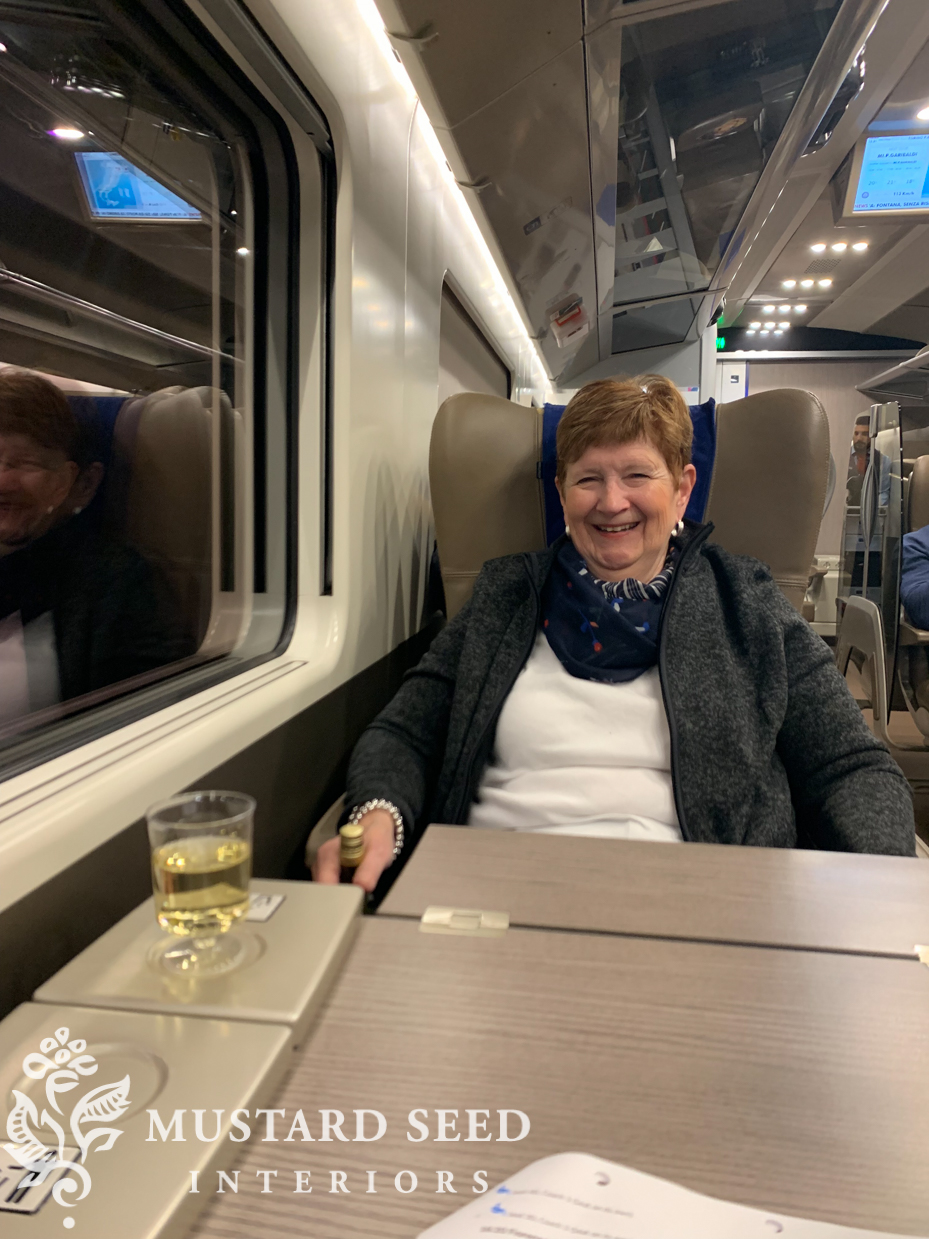 I just spent time to write in my journal and enjoy the view out the window.  One of my goals in taking the train was to get lots of pictures to use as references for paintings.  Taking pictures out of a train is a tricky business.   You have to start to feel the rhythm of the train and the cadence of the poles.  The goal was to snap the pictures in between the electrical poles.  Pole – snap – pole – snap.  It took me a while to learn this cadence, though, so I have a lot of really bad pictures with poles right in the middle of them.  Reviewing my pictures was a bit of a game.  Pole – pole – tree– bingo. 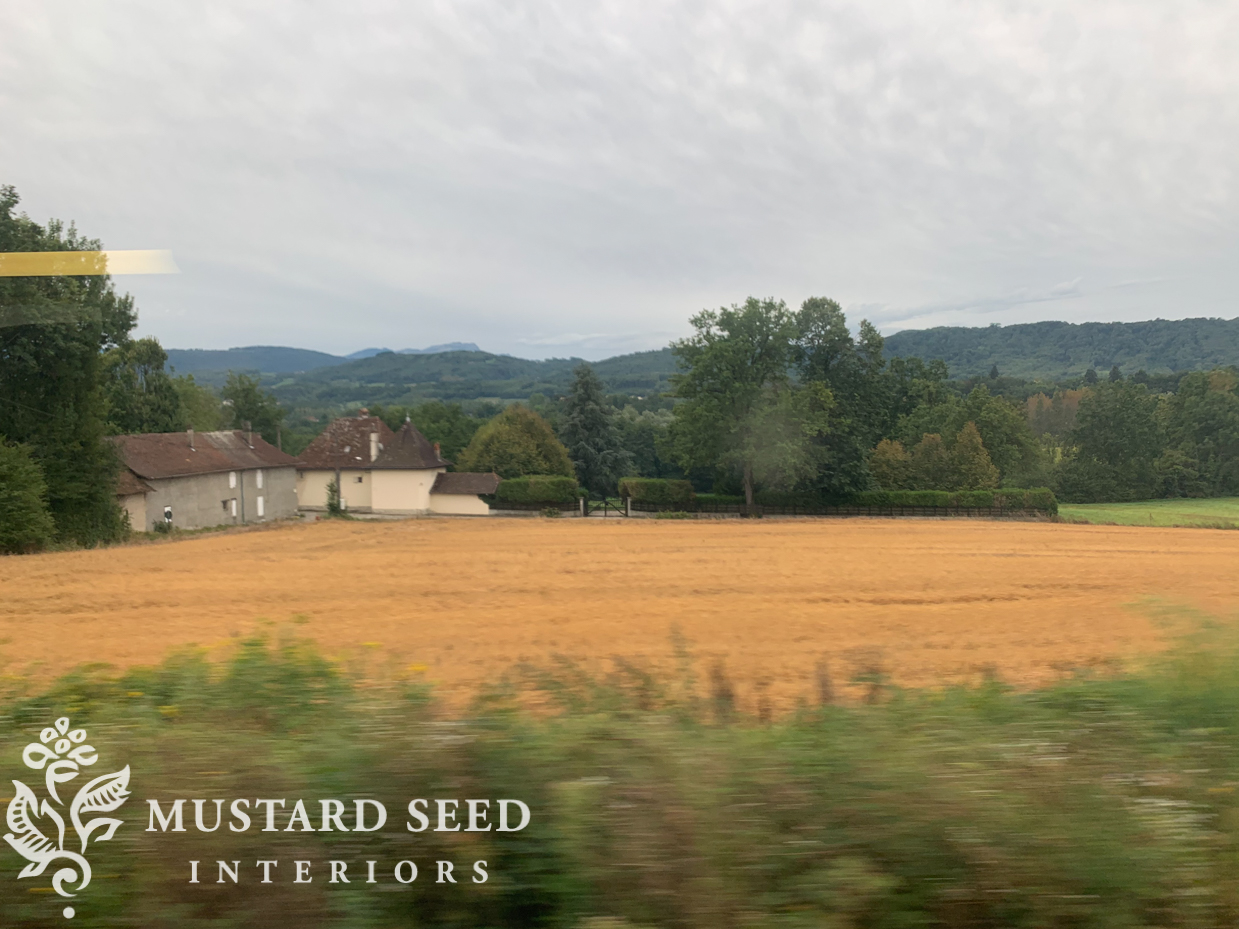 While I didn’t get any great photographs, I did get a lot of great reference pictures for paintings.  I can’t wait for my arm to be healed so that I can work on some of these.  I have hundreds of train window pictures that have a good painting waiting in them. 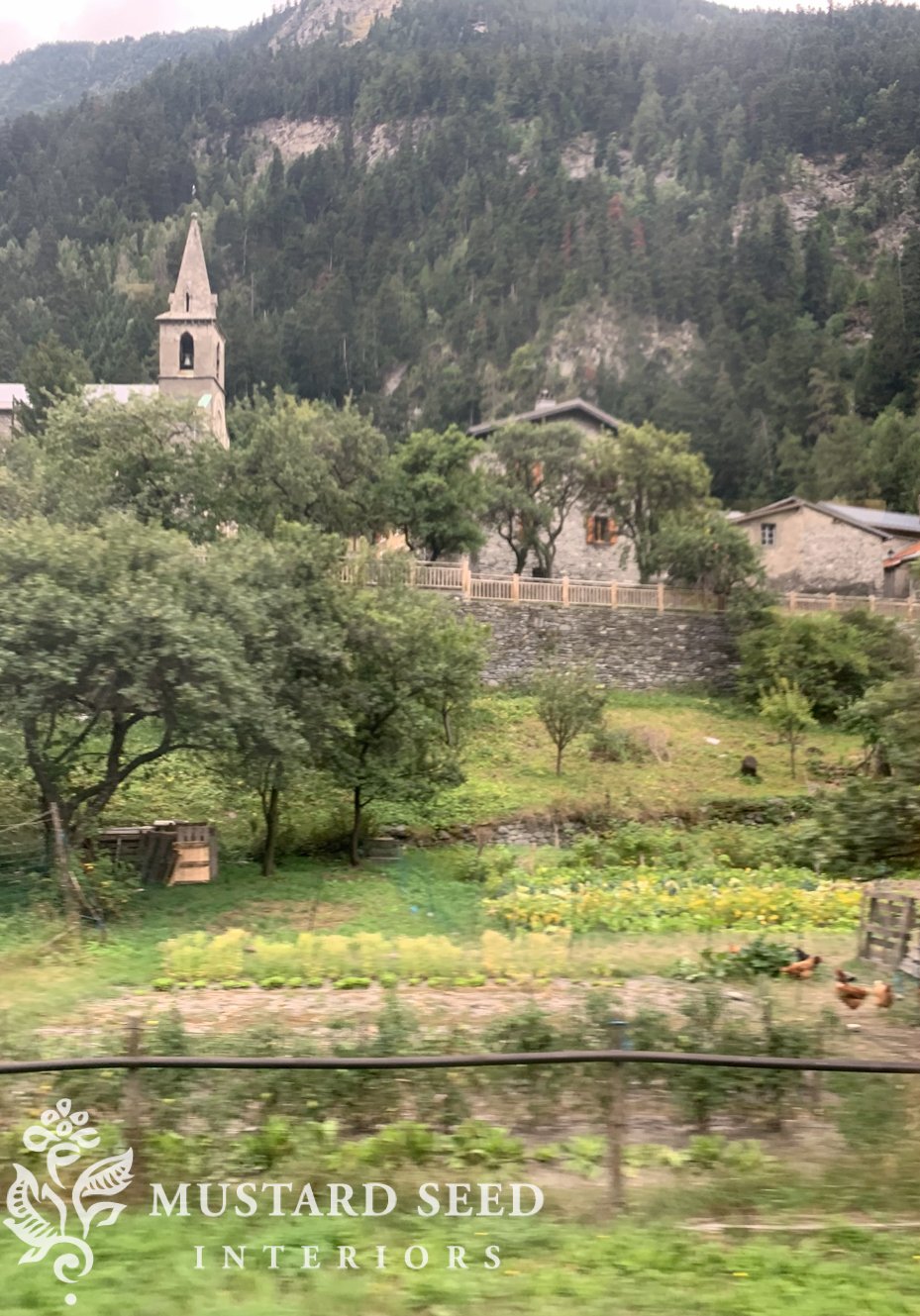 We arrived in Florence in the late afternoon.  We checked into our hotel and got settled.  We didn’t have anything planned for the evening, so we decided to just walk around the city. When you’re traveling, the best place to eat is usually off of the beaten path and out of the way of tourists.  We walked down a few small side streets and found a little restaurant that was just opening for dinner. Our party of four sat down under the awning outside and we ordered something to drink.  Our initial plan was to sit here to enjoy some refreshments and then walk around the city some more and find a different place for dinner.

When we were about ready to leave, though, the chef brought out a big beautiful platter of meats, cheeses, and vegetables to the table next to us. The platter looked so good that we decided to stay for dinner.  And that was a good call because the food was delicious.

Our neighbors at the table next to us were locals. One was the personal trainer and the other was a chef and they were both friends with the owner of the restaurant who was testing out new platters and drinks on his friends. They spoke English quite well, so there was a lot of chit-chatting through the evening, but it slowly progressed into a lively conversation about religion and politics and all sorts of hot topics that you usually don’t talk about with strangers, much less people from another culture.

The bulk of the conversation was filled with laughter, though, and it was a memorable way to spend an evening in Florence. 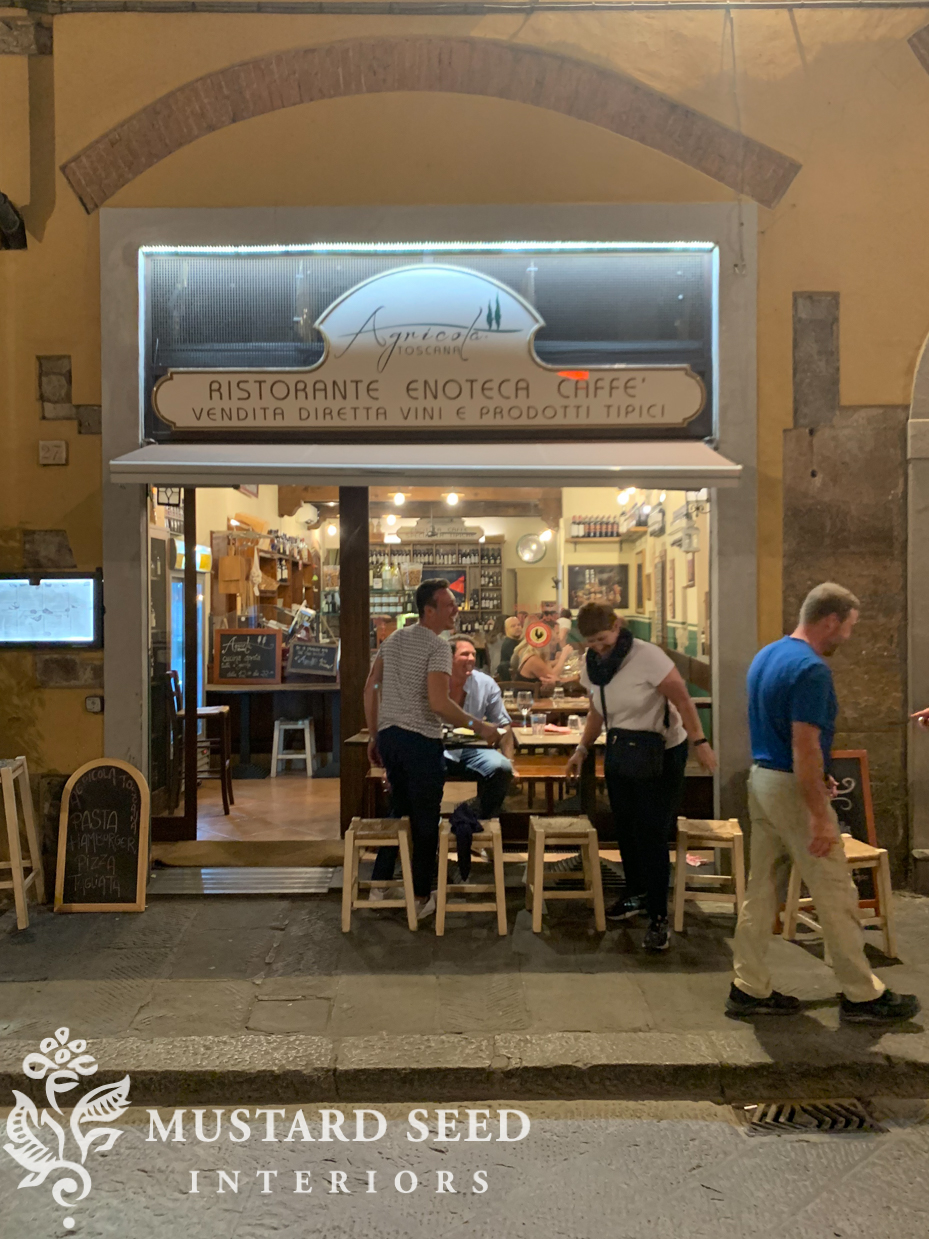 We bought a gelato on the way back to the hotel and went and sat out on the roof deck to enjoy looking out at the lights and the city.

The next day, we would be going back to Barga… 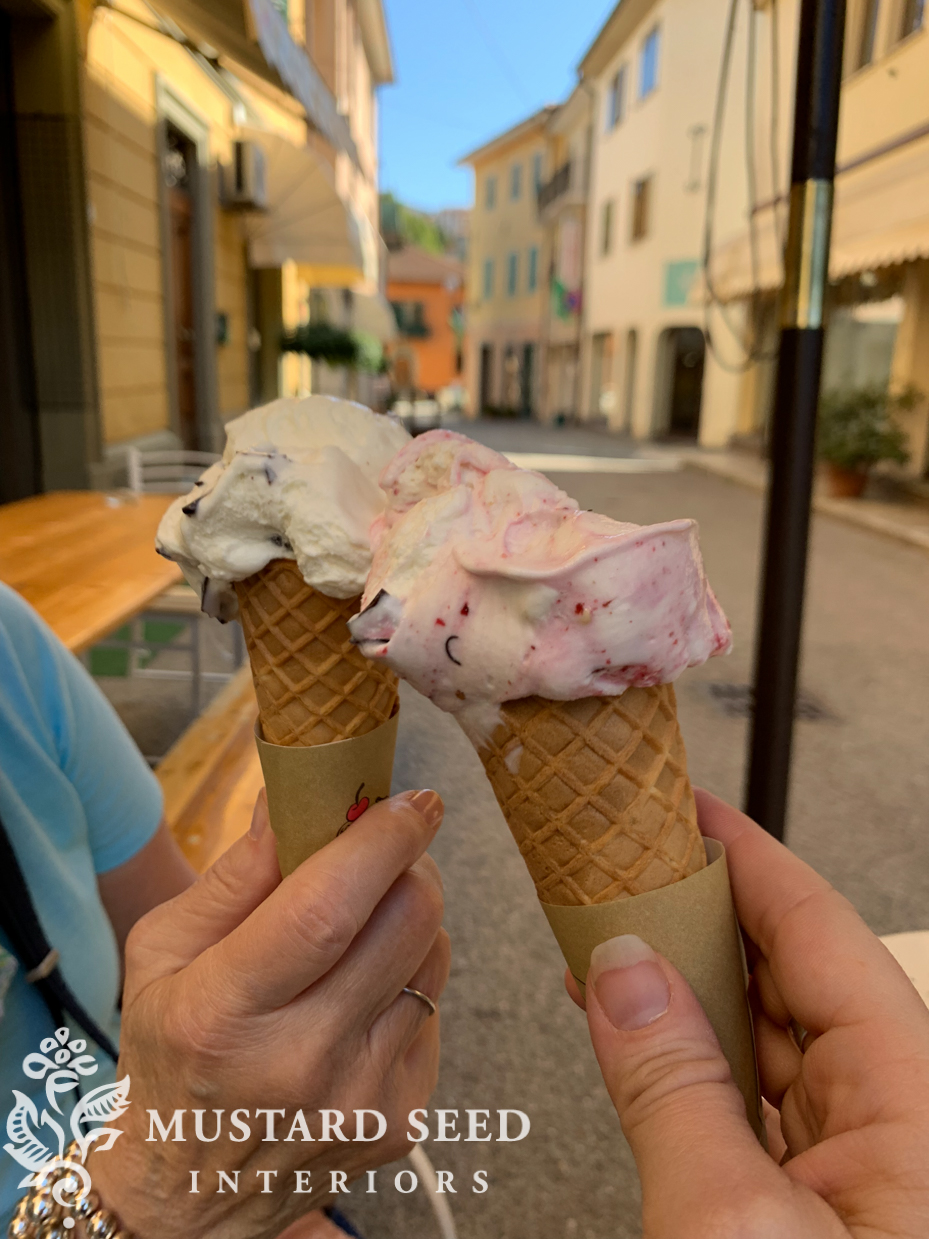