Back in March, my mom and I installed a chair rail and picture frame molding in the living room (along with the basement guest room and 1/2 bath.)  You can find the tutorial HERE.

Since then, painting below the chair rail has been hanging out on my to-do list…languishing there.  It’s one of those projects I had built up in my mind.  It’s going to be difficult.  It’s going to take forever.  I’m going to hate every second of it.  And, given that it didn’t look that bad as it was, I procrastinated.  Lest you think I am always the model of action and productivity…I am not. 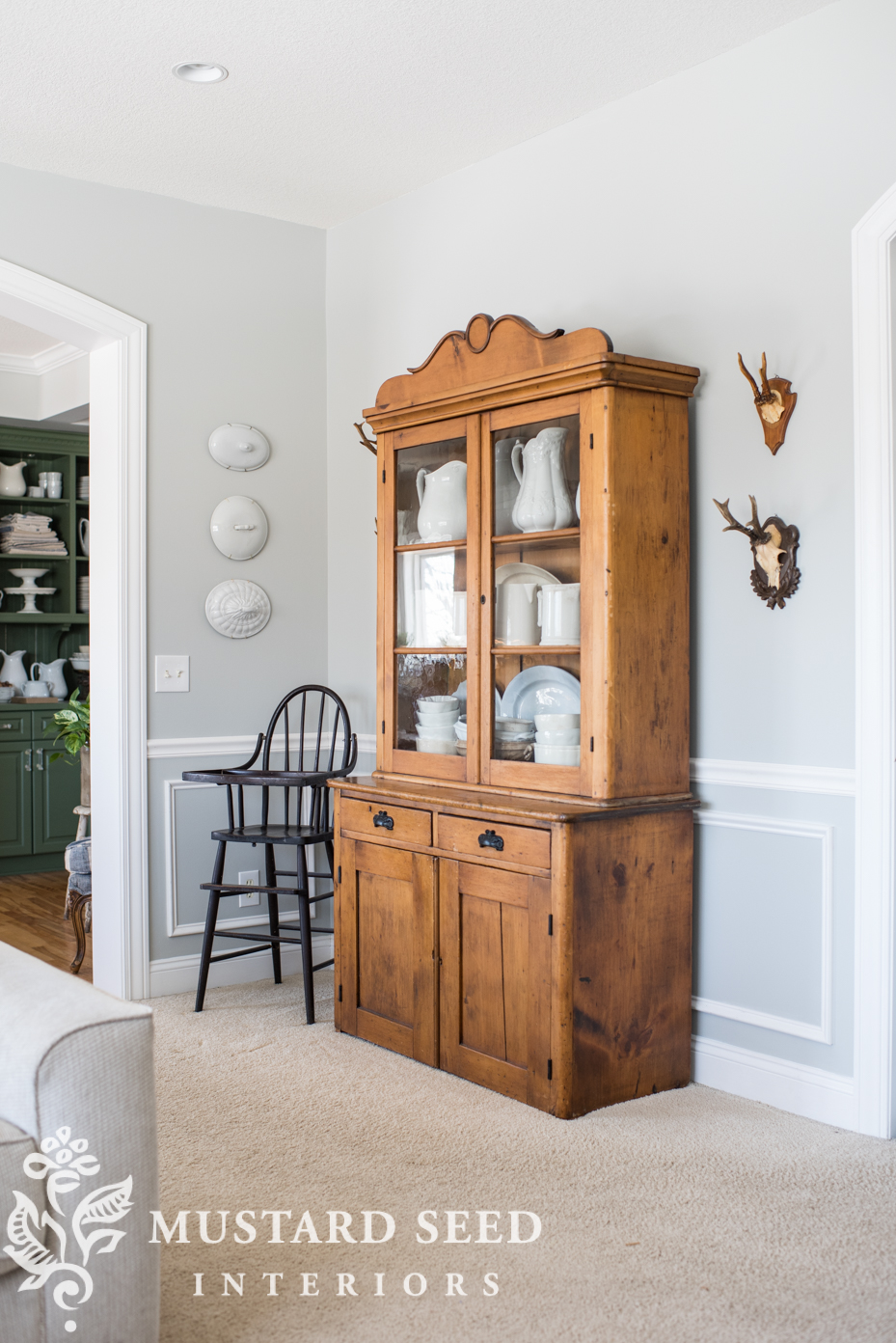 But, procrastination starts to wear on me after a while.  I get frustrated with myself and I know from experience that relief will come if I just buckle down and do the project.  So, I declared on my Instagram stories that I was going to do it!  Having that public accountability pushed me into action.  (And other people finished their painting projects along with me!)

I got out the primer, brush, roller, and a towel to place under where I was working.  I scooted the furniture away from the wall.  This preparation took me about 10 minutes, but it was the nudge that sent the snowball down the hill, gathering momentum.  Once the room was ready and waiting for me, I put on my music and did the work. 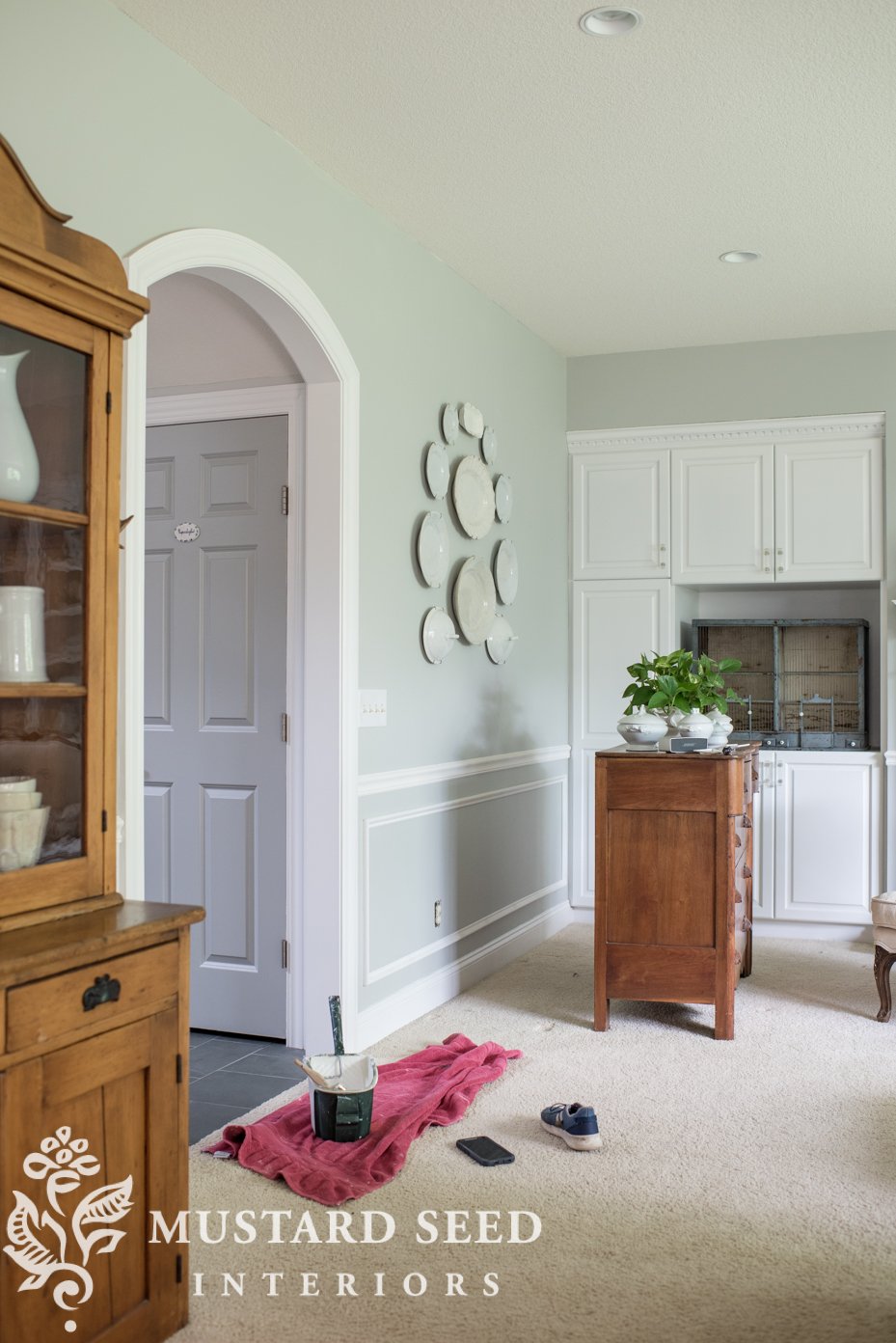 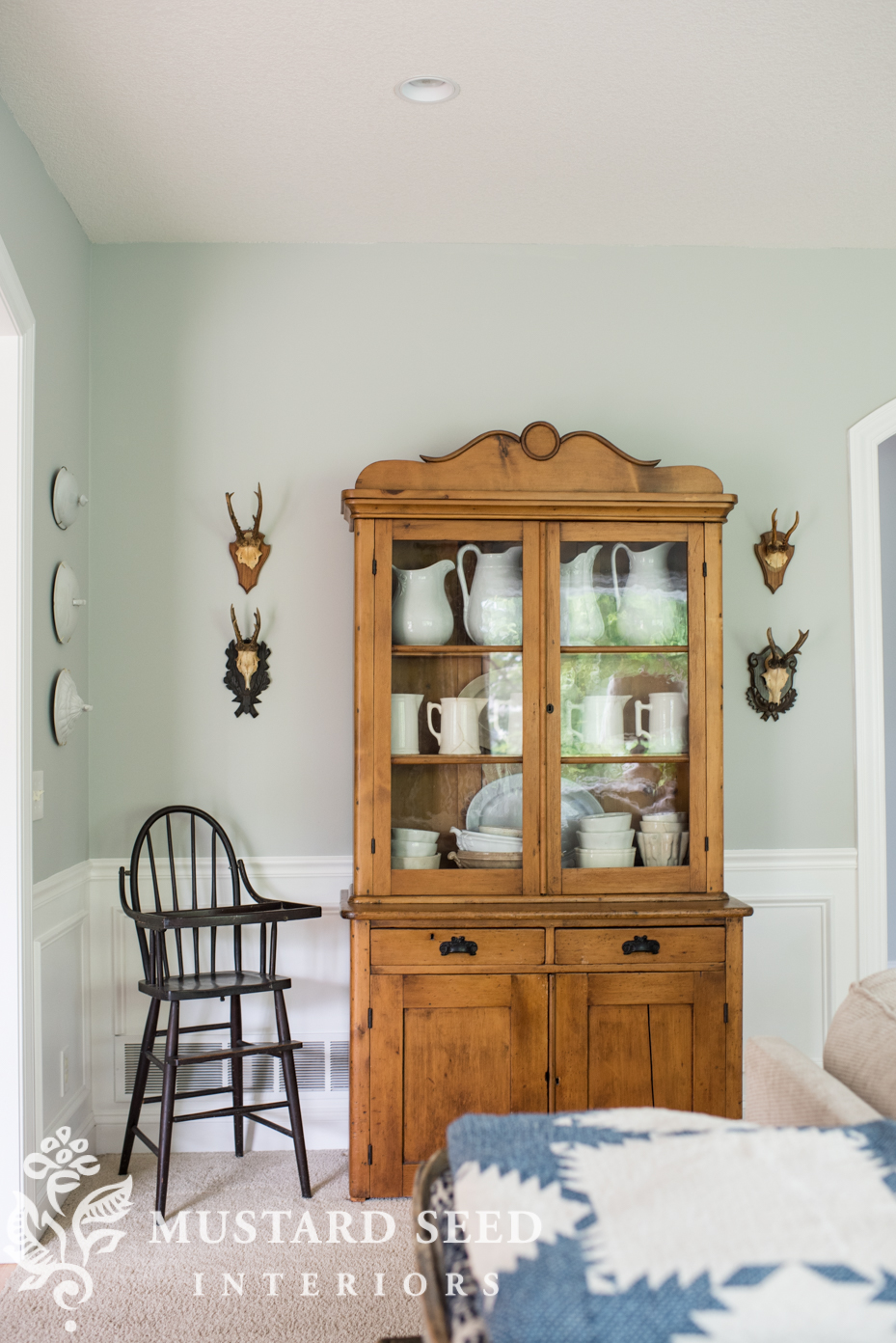 It’s not a dramatic makeover, but it’s another layer that customizes this room. 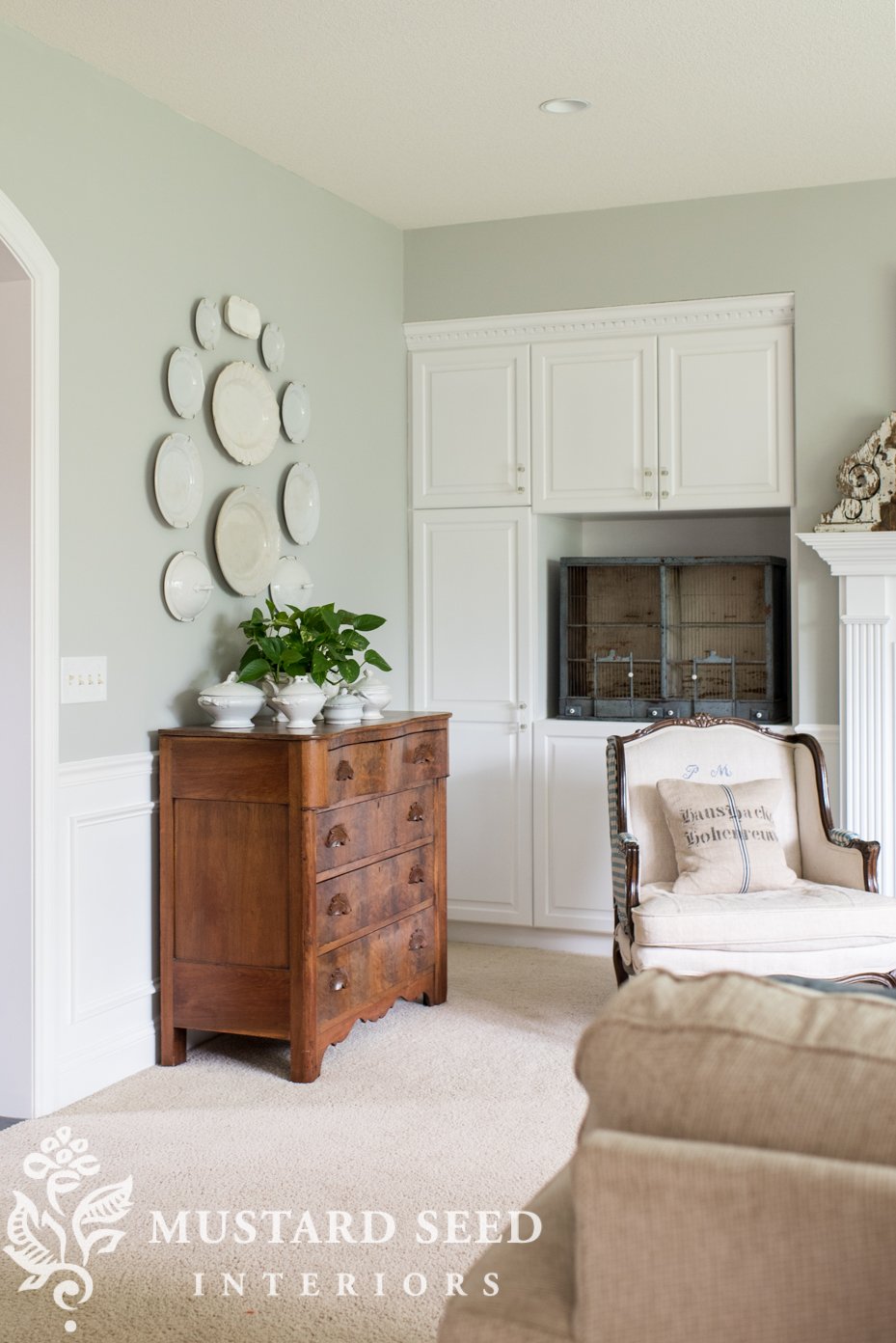 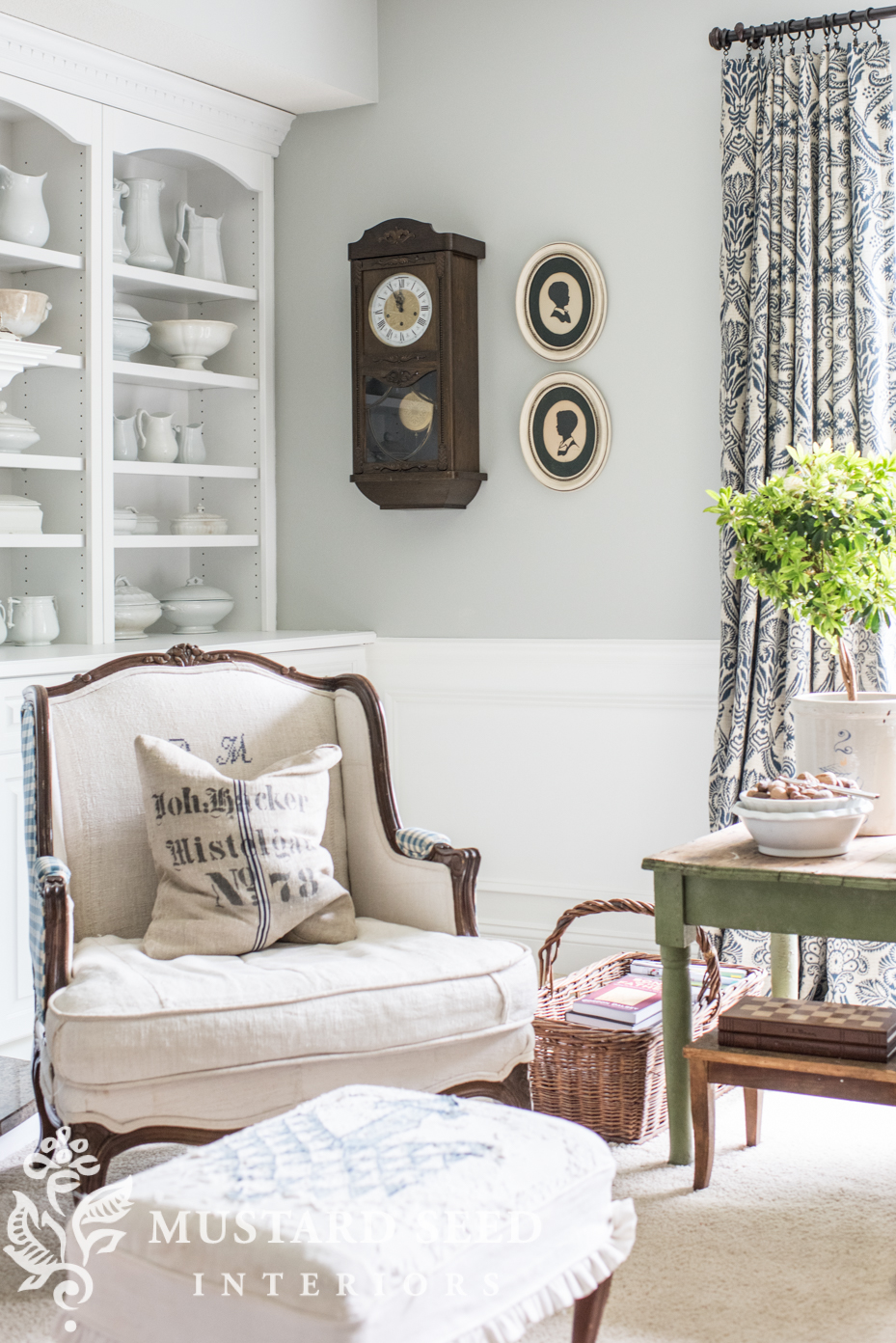 The next step will be adding box beams and crown molding, but that’s a pretty big project, so it hasn’t made it on my to-do list just yet.  It’s still in the planning/dreaming stage. 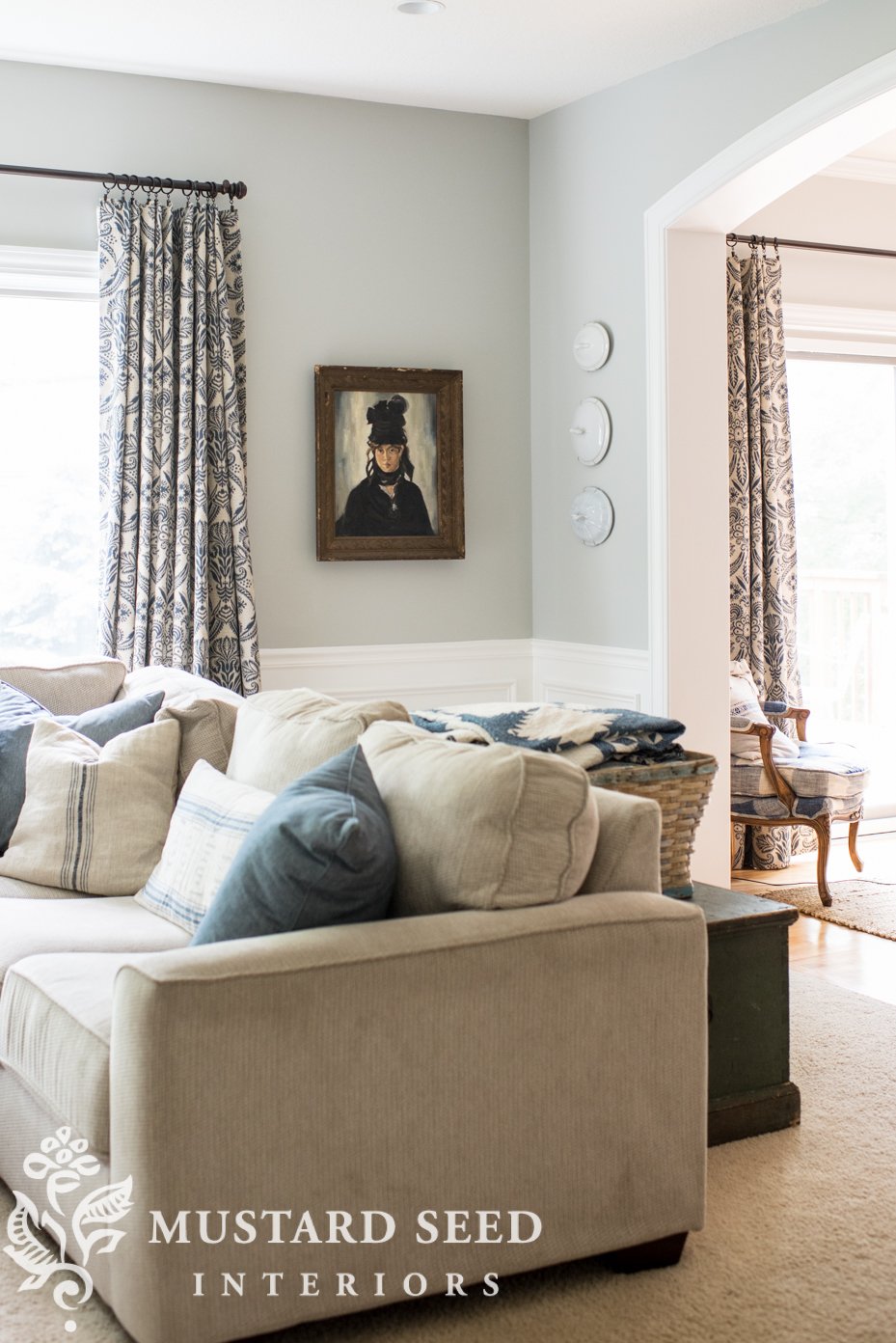 This type of molding really suits the traditional style of this house and it’s such a quick and easy treatment. 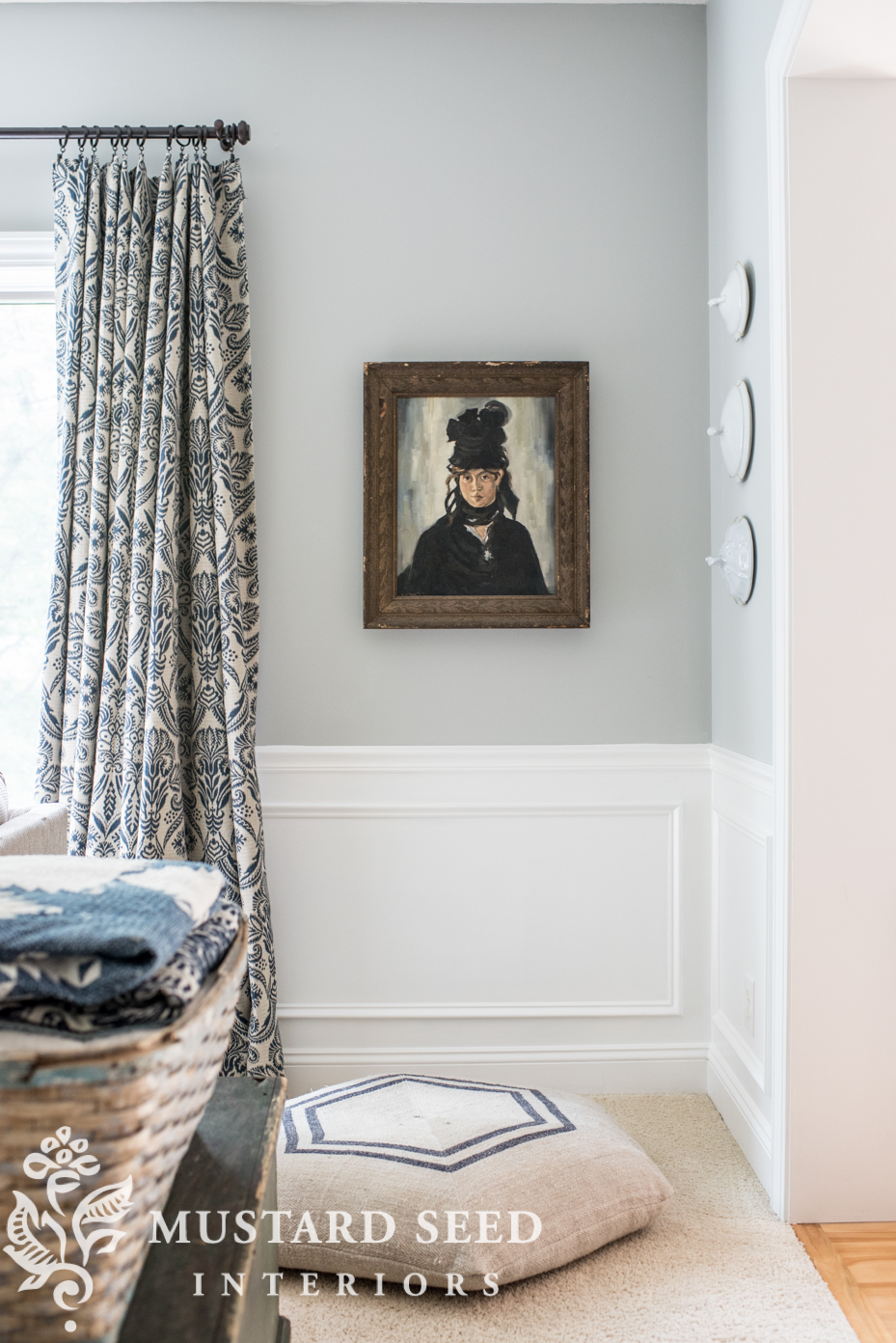 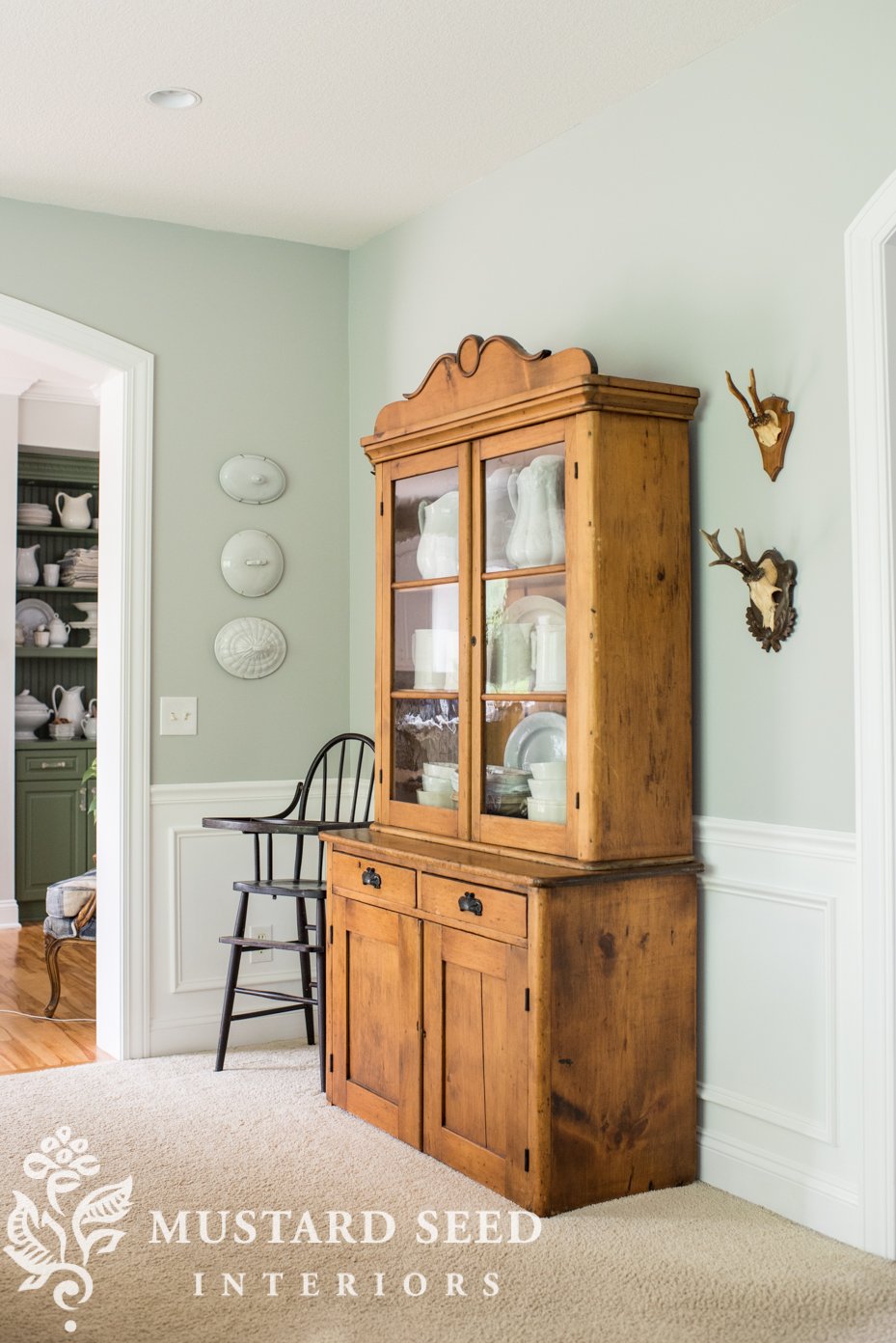 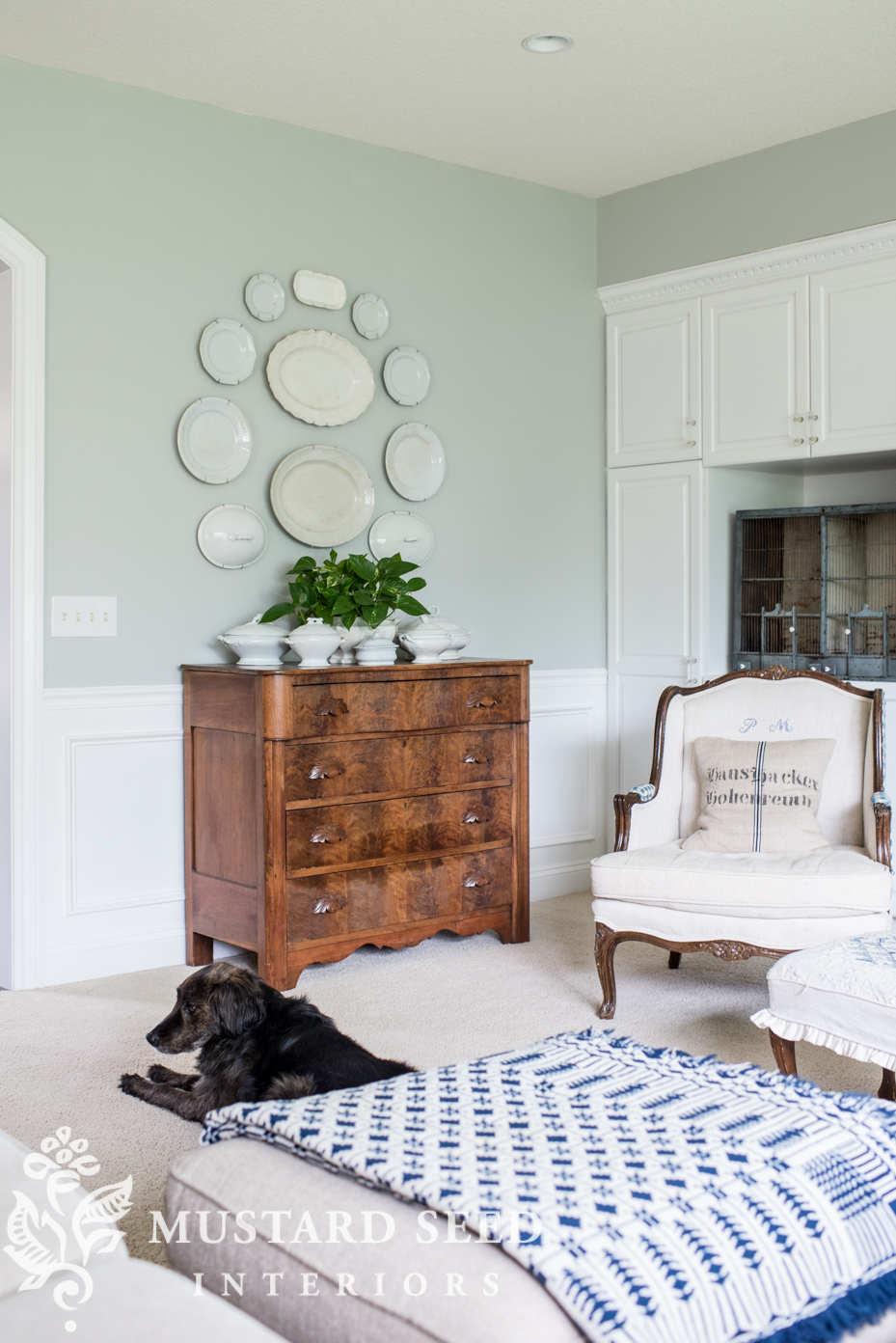 The color of the walls is Stonington Gray by Benjamin Moore and the white is a custom-match to Farrow & Ball’s All White.  The wall is in Benjamin Moore’s Aura in a matte finish and the trim is in BM’s Advanced in a satin finish. 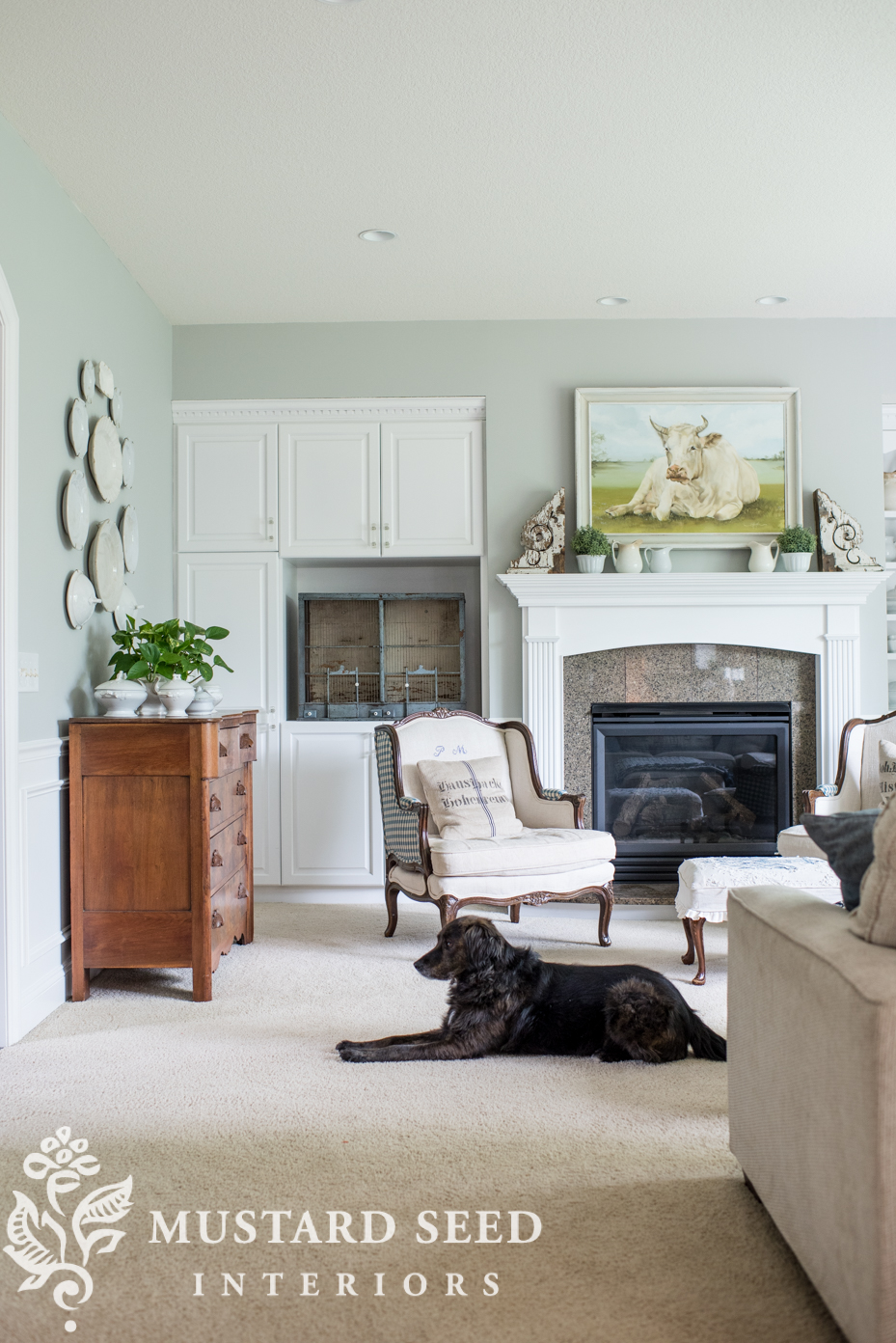 I’m also still pondering how I can change the granite surround and hearth on the fireplace.  I have a few ideas, but I’ve been procrastinating on that, too!  Well, one thing at a time.

As a reminder, here are a couple of pictures of how the room looked when we first moved in… 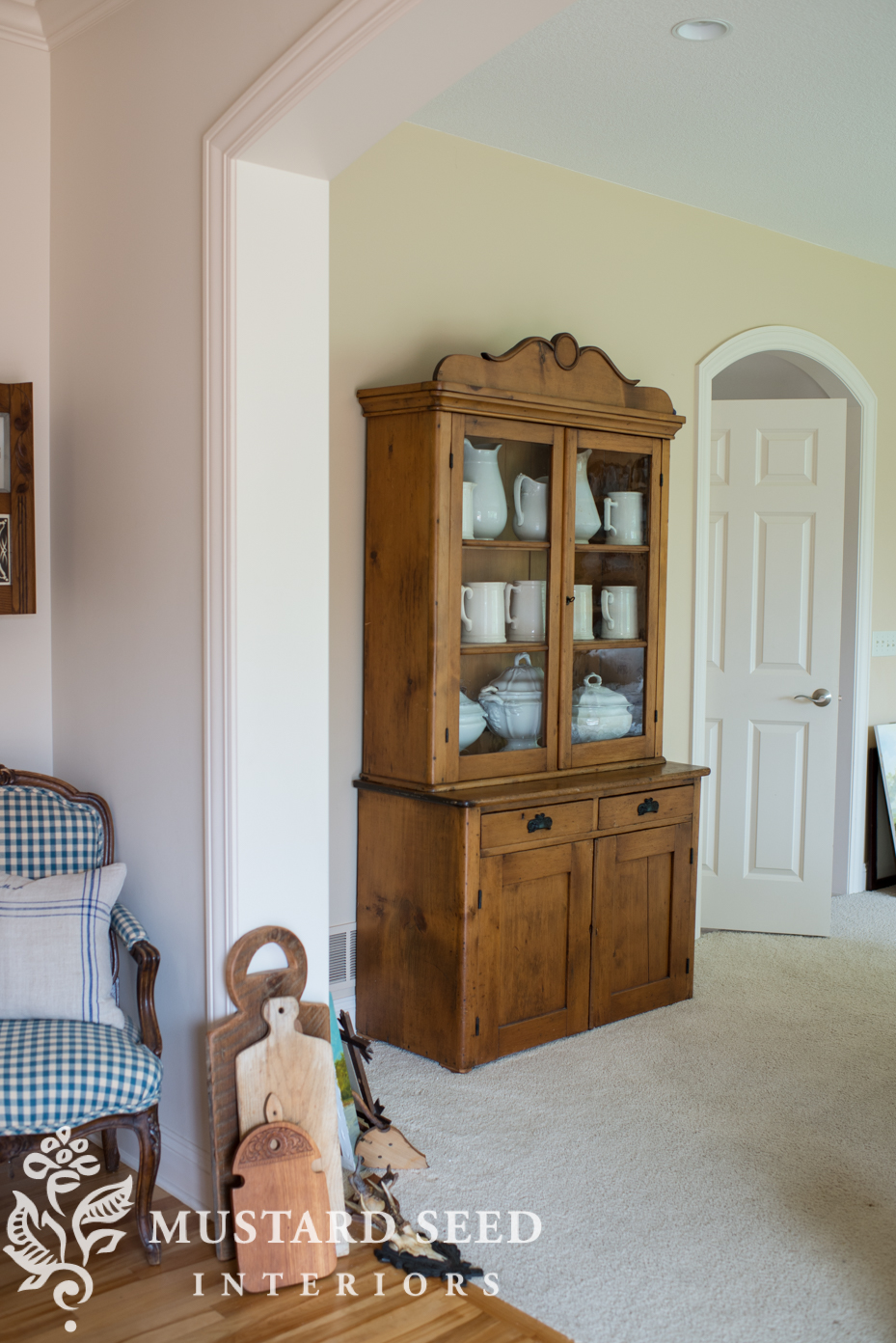 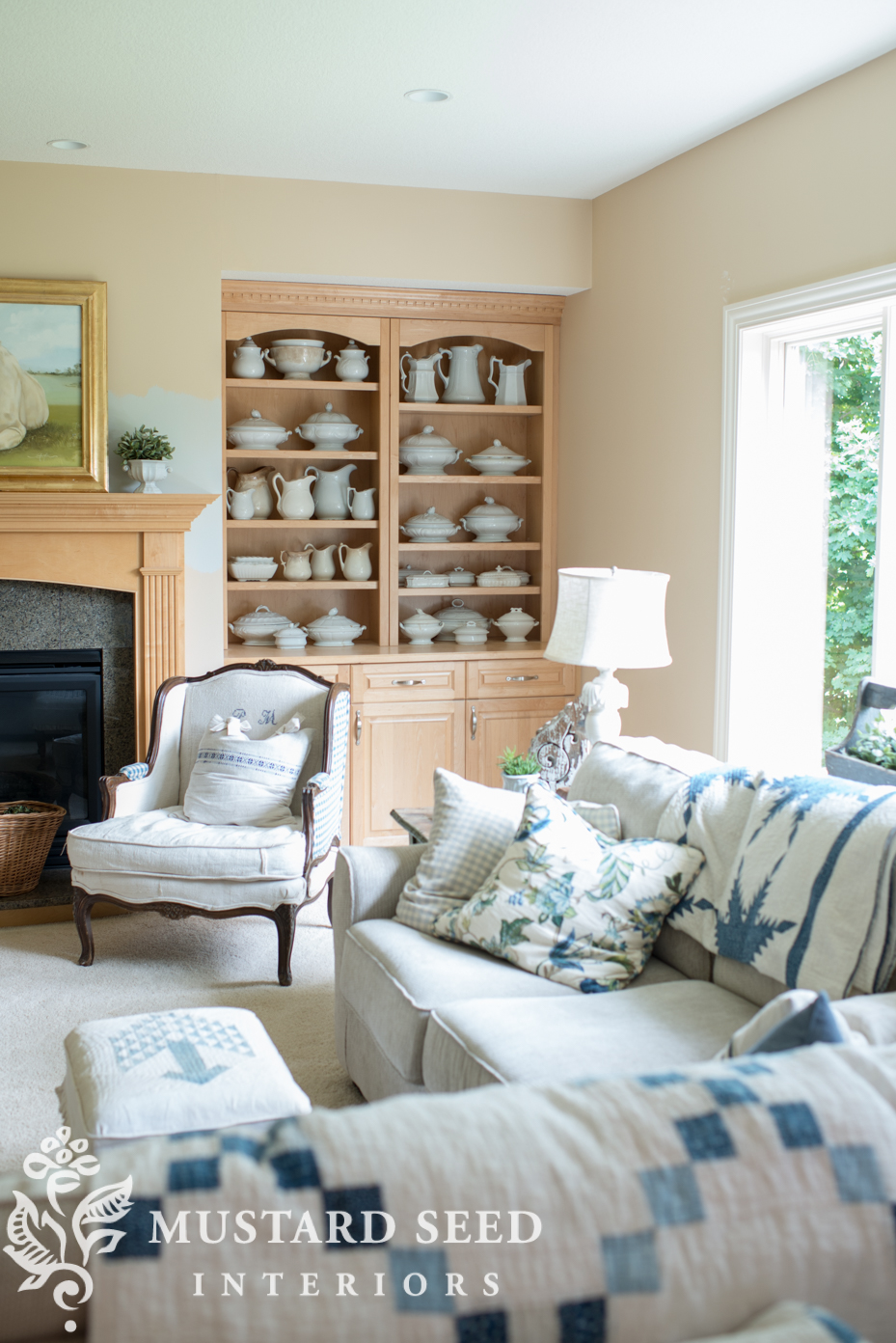