a new latch & knob for the pie safe

On Friday, I took care of another annoying project that was so small it hasn’t even been on any to-do lists.

The pie safe in our foyer needed a new latch… 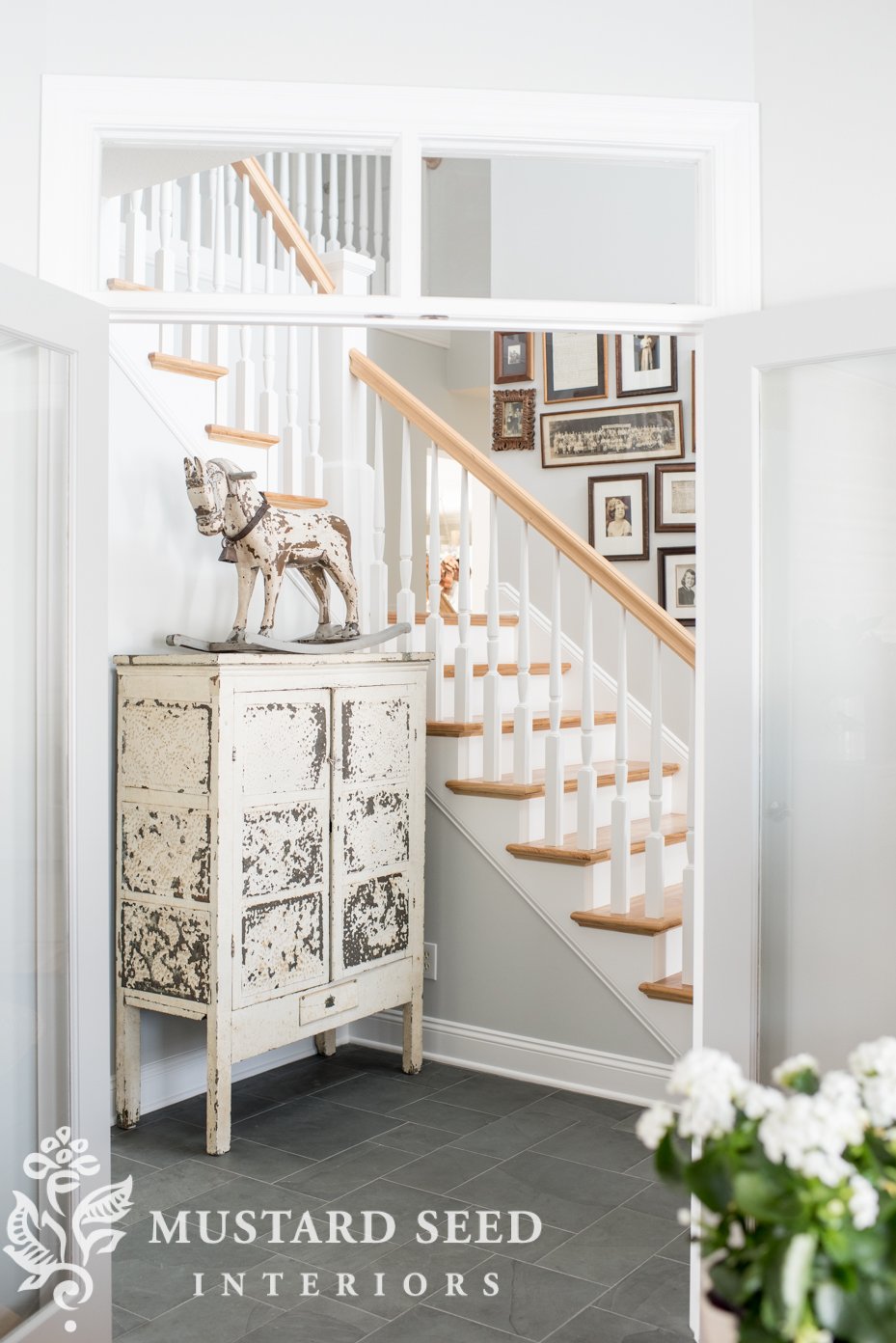 Ever since I bought it several years ago, it’s had a hook and eye latch on it that was functional, but it looked out of place on the old piece.  It’s one of those things that you notice each time you use it and then promptly forget as soon as you walk away.  More pressing things require attention, so the metal, hook & eye latch stayed. 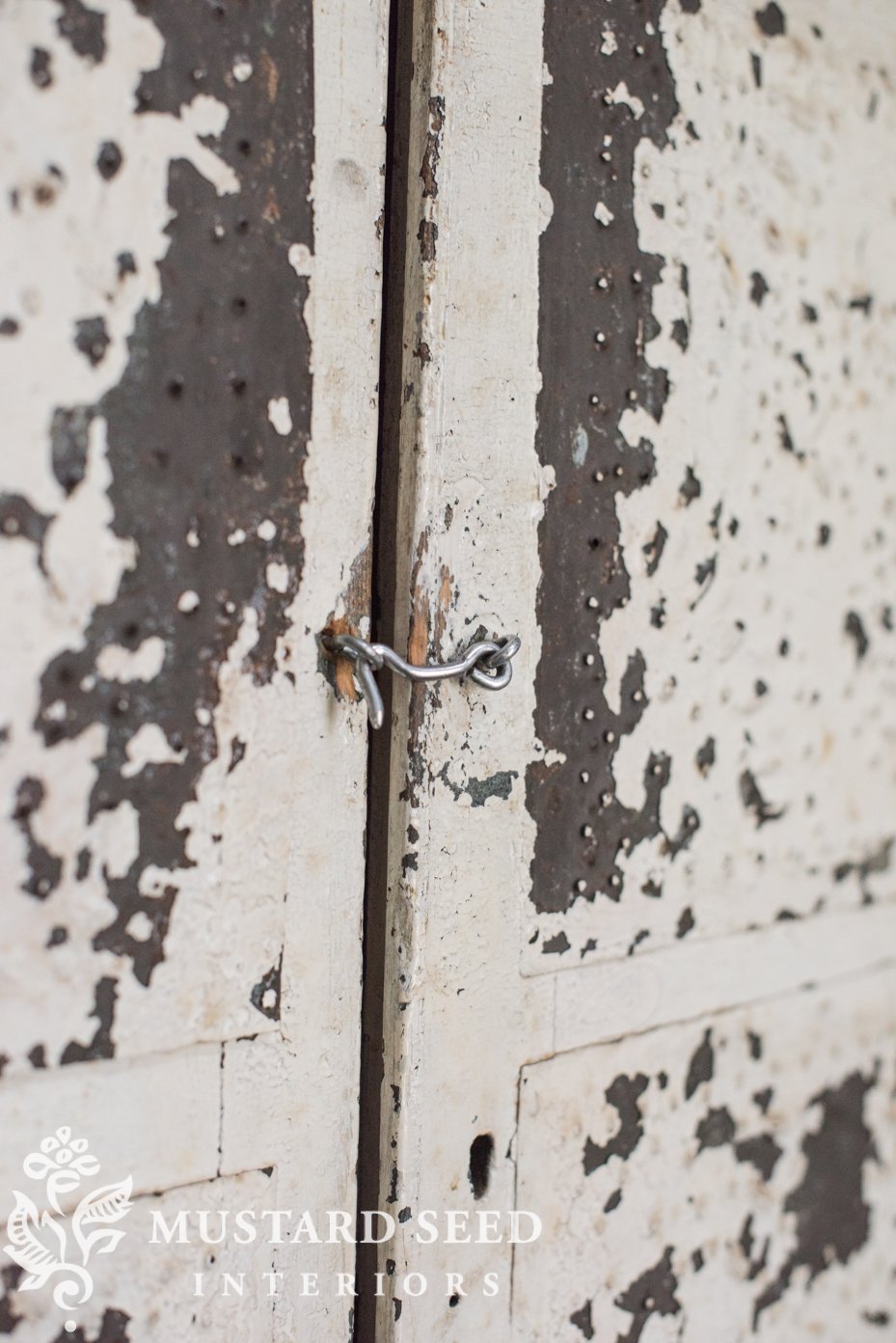 Over the past year, it’s been rocked in the old wood so often that it’s started falling out of its holes.  And, without the latch closed, the doors will swing open, exposing the mess inside.

Today, I finally decided to add a knob that looks more fitting on the piece and a magnetic catch to keep the doors closed.

I tried a few different knobs from my stash, mostly antique glass and ceramic knobs, but I ended up using a slightly discolored new glass knob.  The “dirty” glass looked best with the chipping paint and patina. 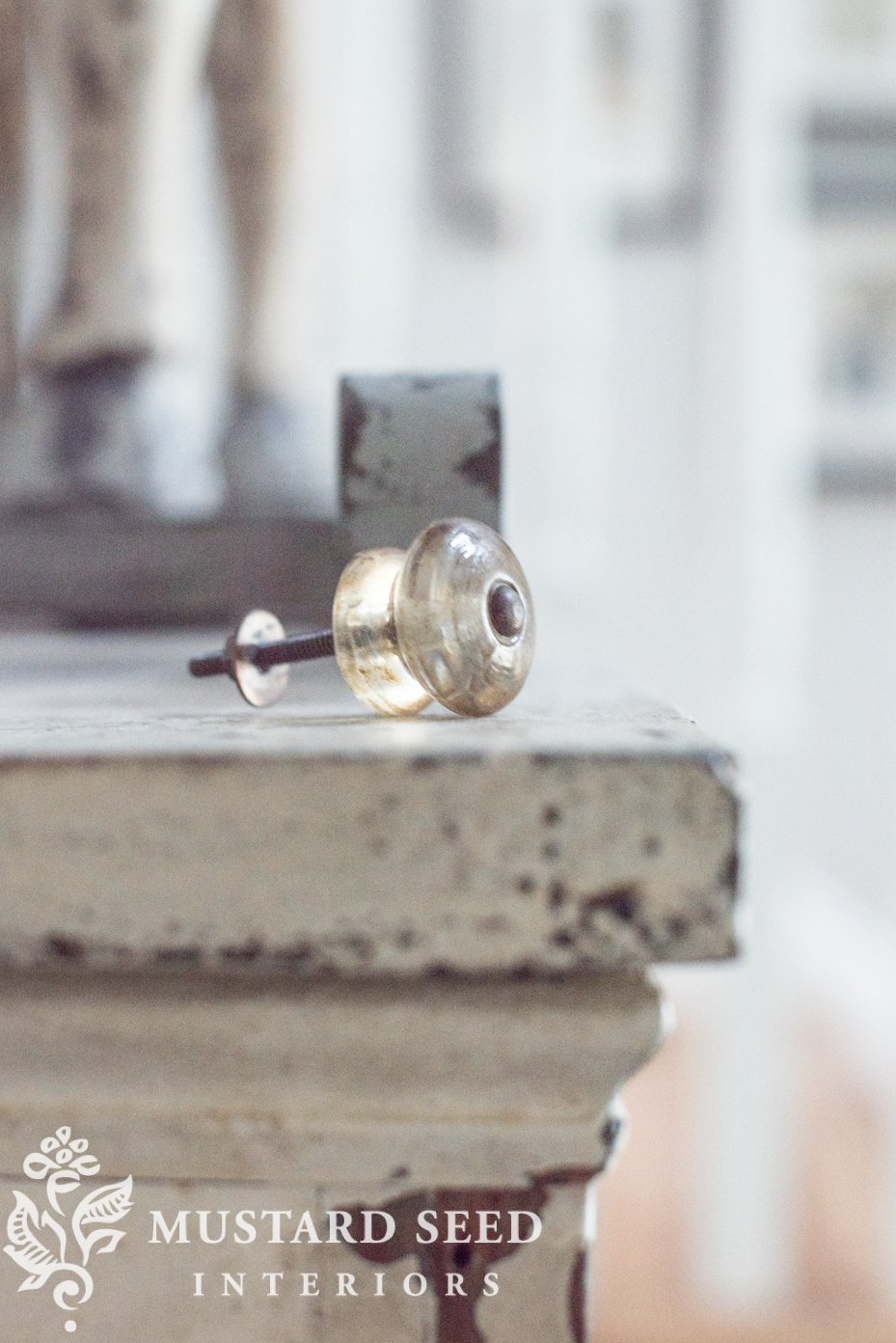 It’s such a small change, but it looks so much better! 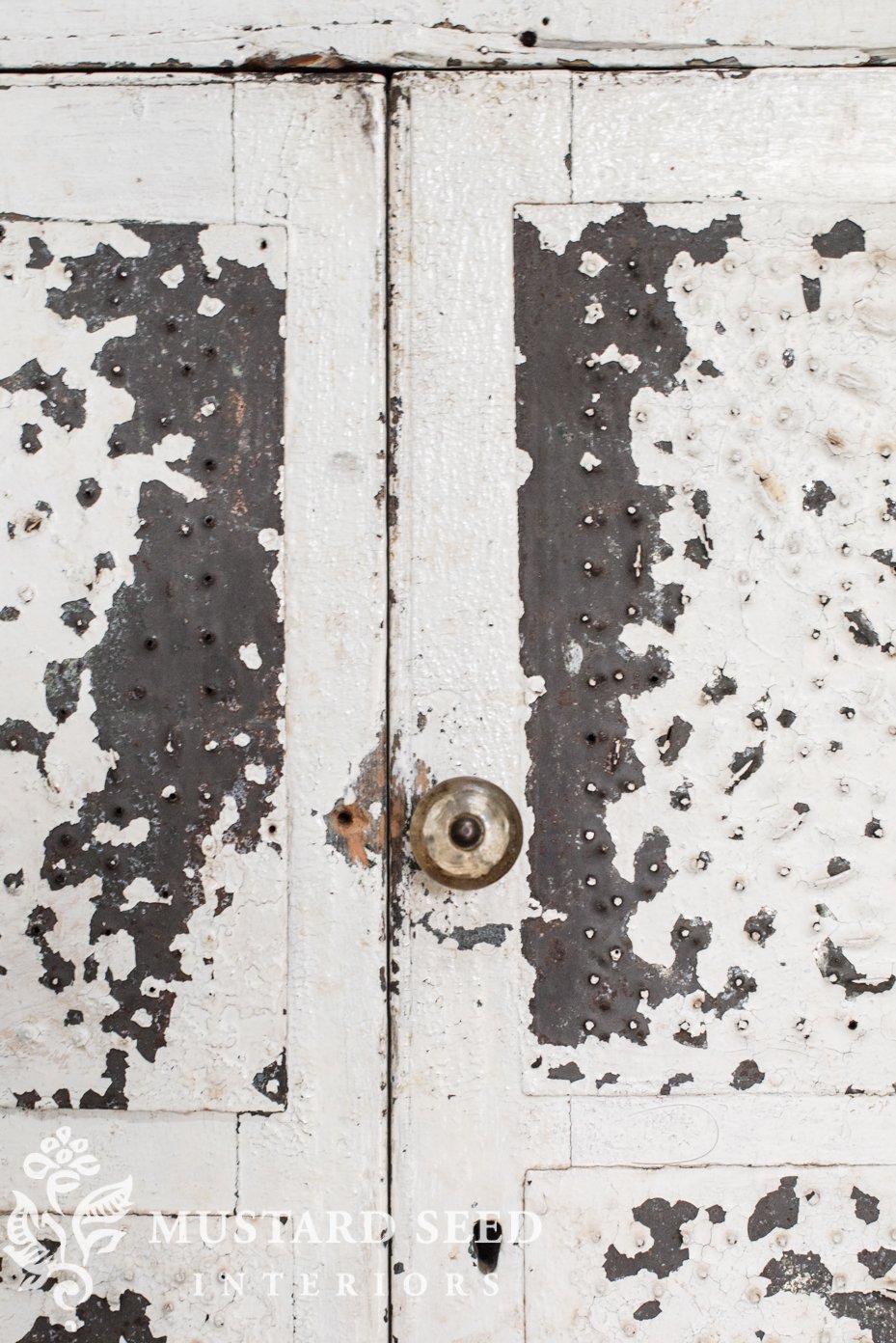 I also added the magnetic catch on the interior, so the doors will stay closed. 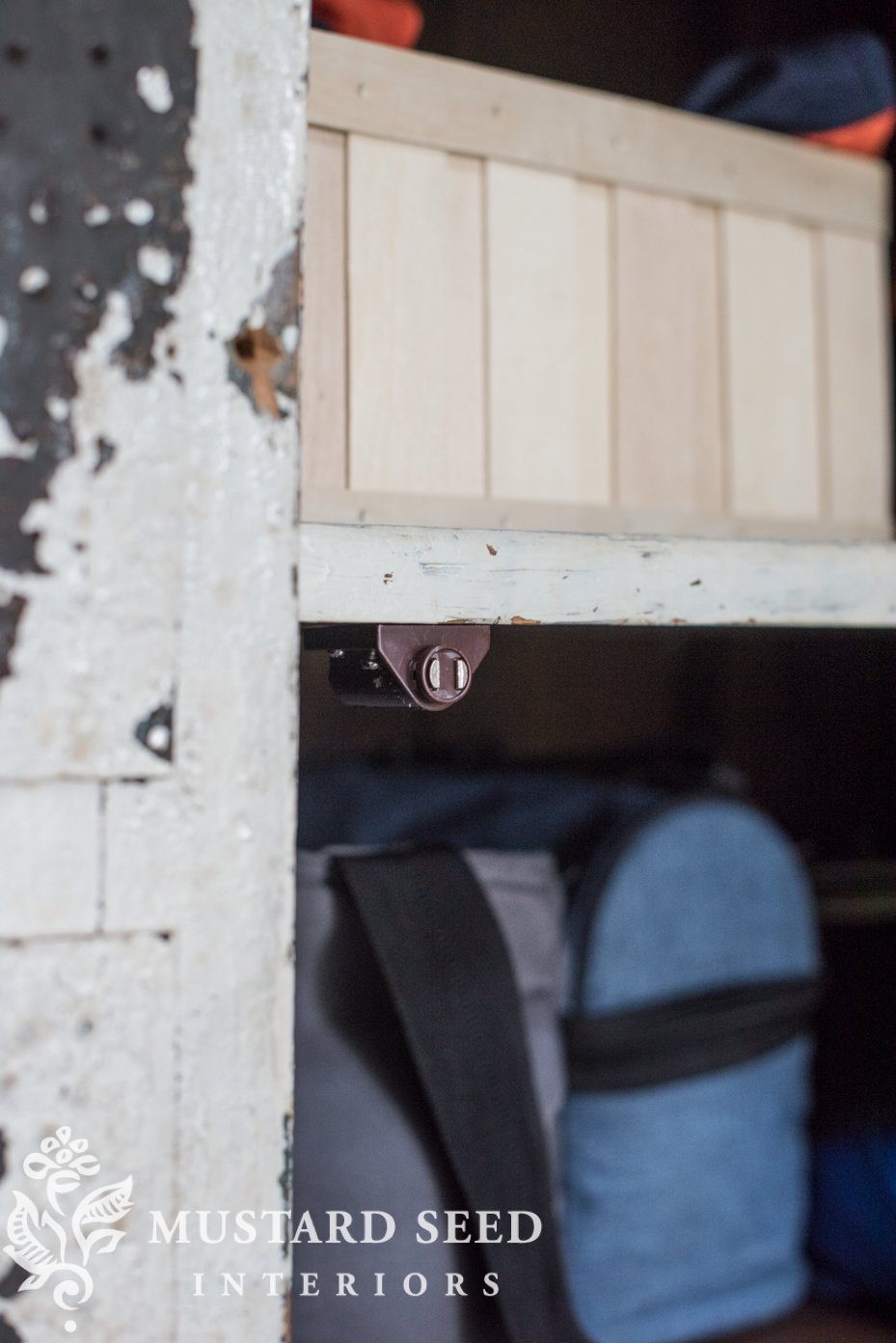 The catch on the inside lines up with a metal piece that will “stick” when they come in contact.  You can tell from the interior that this piece has worn a lot of hardware over the span of its life.  I was a little amused by the fact that a pie safe once had a lock and key on it. 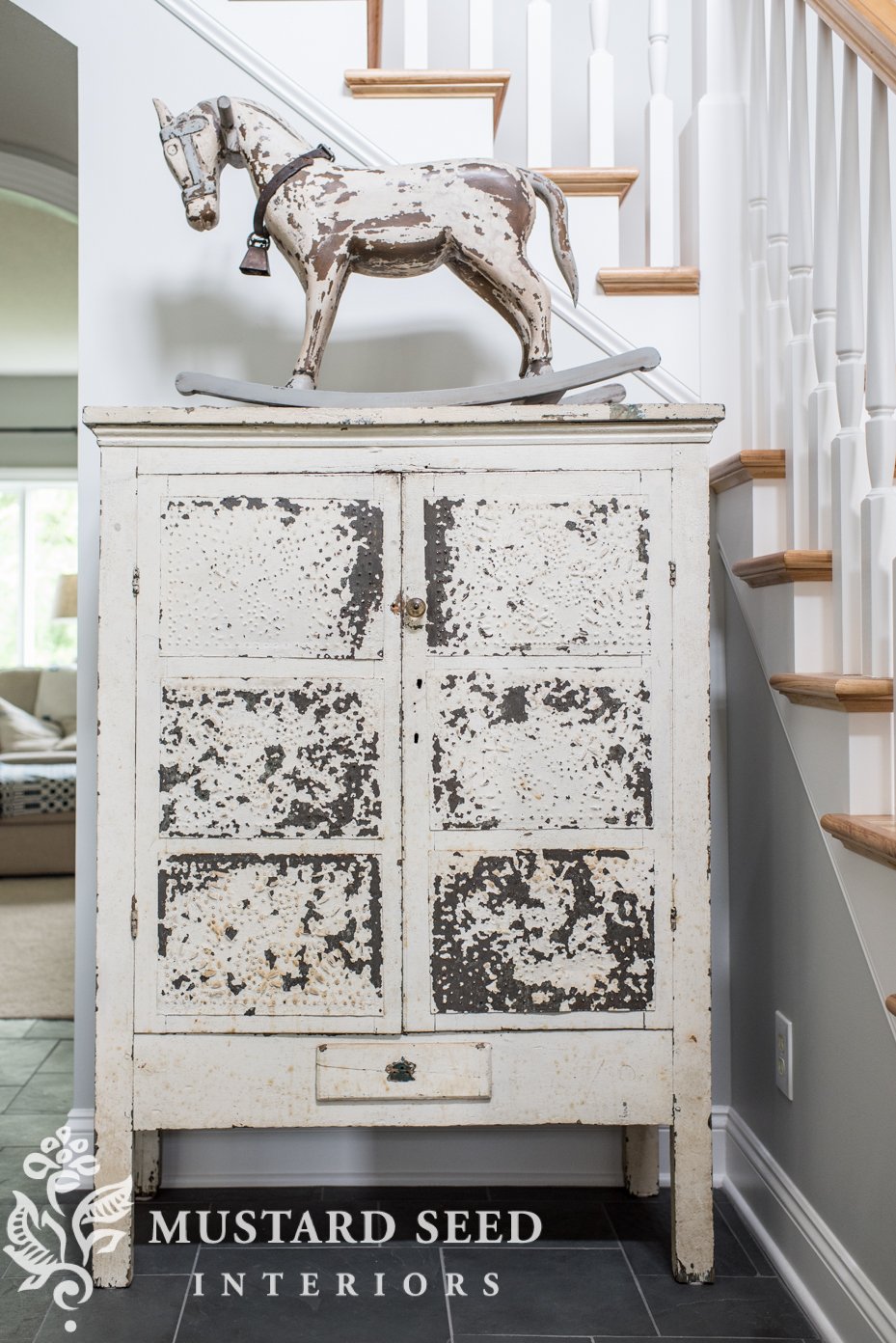 This piece does need some more attention, but I’m not sure what I want to do with it, yet.  I do love the cream, chippy paint, but it is shedding and it looks a little grungy in our new-ish home.  I think it would benefit from paint, but I am unsure about the color.  I’ve also considered stripping it (the white paint is not original), but that would take an eternity and I’m not sure I have the patience to stick with it.  The last option is keeping it as is, but sealing it so it doesn’t chip anymore.  Well, I suppose there is one more option that involves selling this piece and buying something to replace it.  I’ve been looking for something, but haven’t found it, yet. 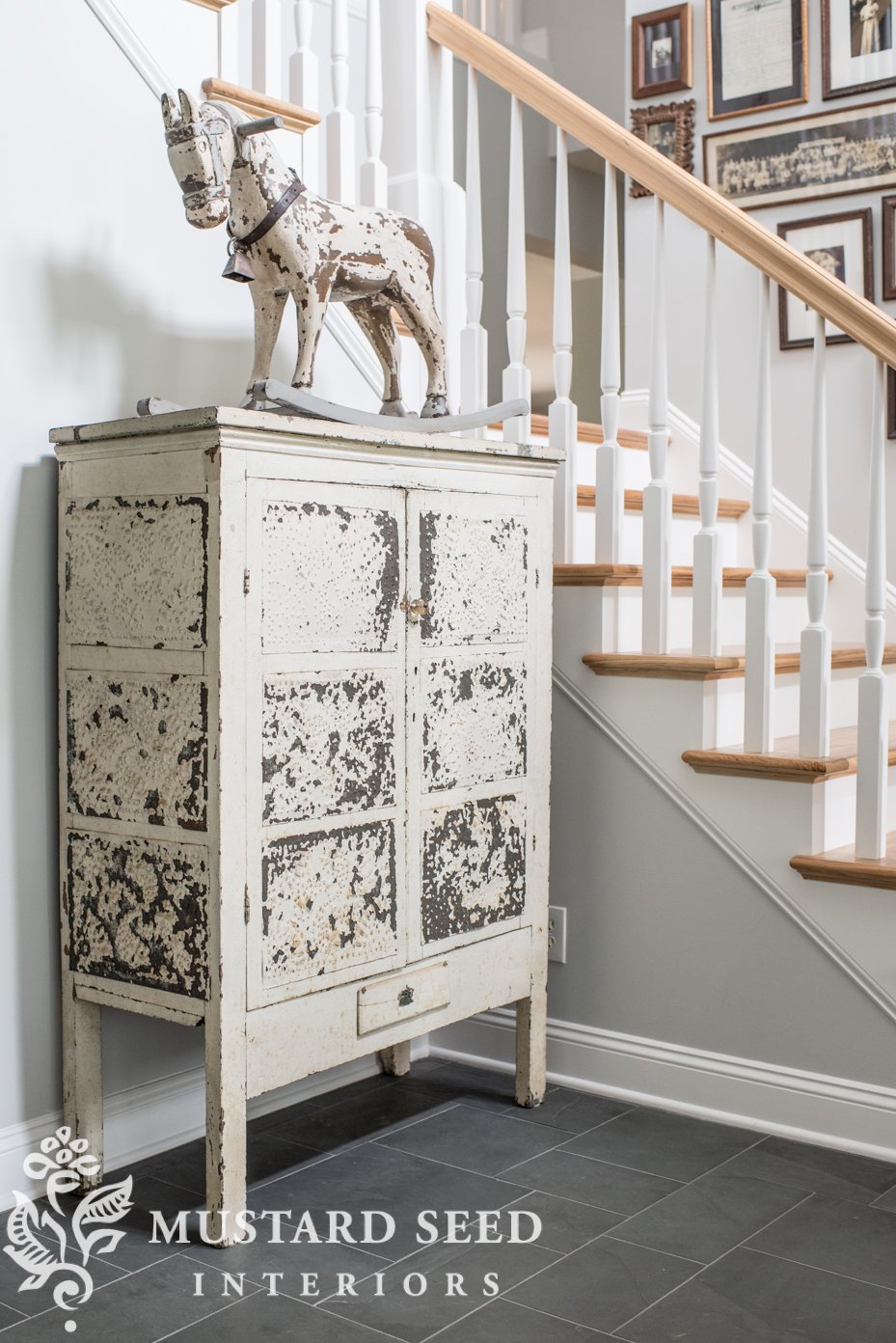 As I’m doing with many other things in this house, I’m going keep it in the back of my mind knowing that one day, inspiration will hit!