Launching Miss Mustard Seed wrapping paper all started with some lino block cutting during the Thanksgiving break.  I created a pattern I really loved and others loved, too, so I decided it was time to stop putting “make patterns for paper and fabric” on my to-do list and actually do it.  Not just doodle and fiddle, but make it digital, upload it, and sell it. 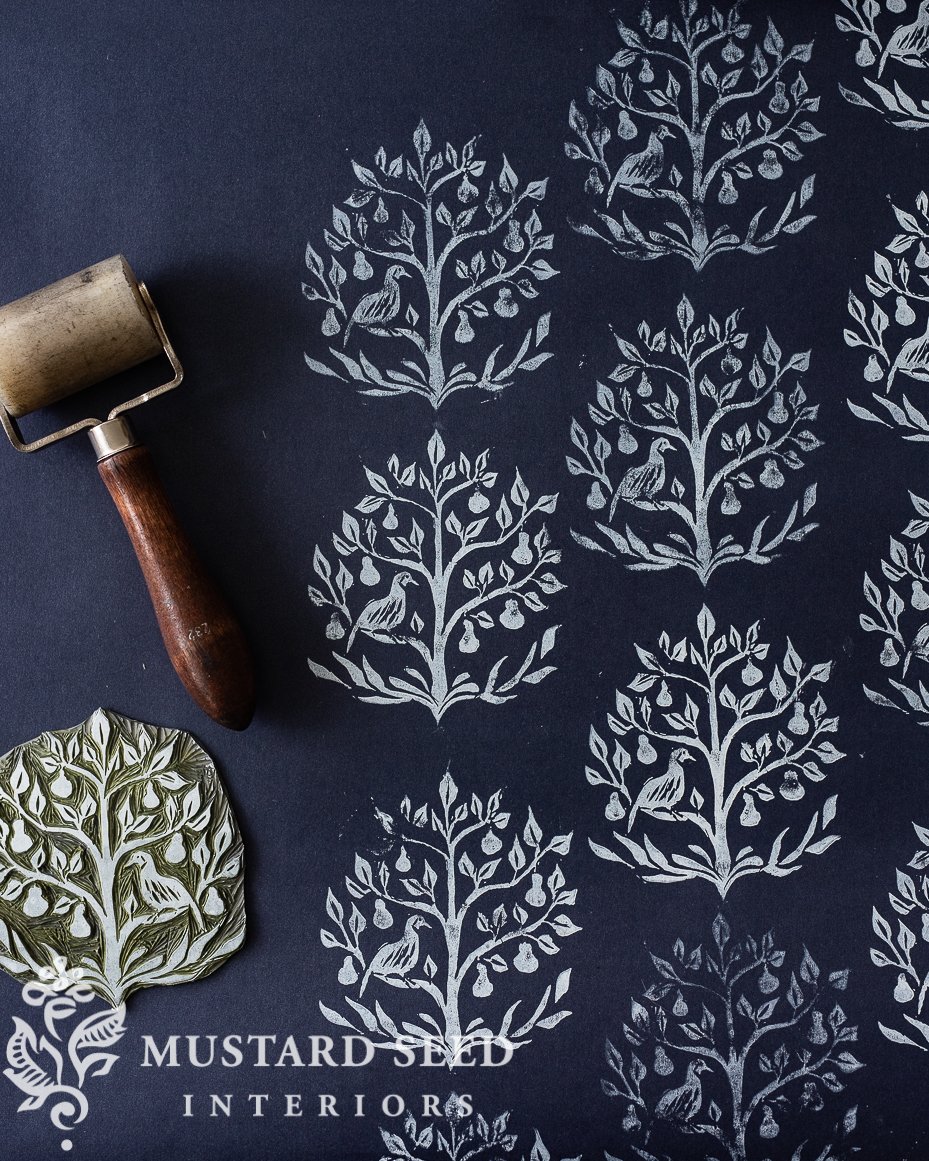 This wrapping paper journey actually started over six years ago when I met with the then-owner of a quilting fabric company about creating a line.  I had never done patterns before, but I felt like it was in me.  I could see it in my head and I just needed to learn how to get that into a format I could communicate with others.  I developed two lines and the whole experience ended up being a dud.  I mean, I learned a ton and worked with some wonderful people.  In that sense, nothing is ever a dud.  It all contributes to my growth and story.  But my first line had just launched and my second line was about to launch when the fabric company closed.  Several years of work resulted in almost no income and it felt like a professional failure.

I wrote all about that closed door in a blog post HERE.  My excitement was genuine about taking what I learned and reworking it to launch fabrics and papers in the home decor world, which was much more my wheelhouse, but it still stung.  Disappointment is disappointment and I did have to take some time to dust myself off before I was ready to hop on the pattern-design horse again.  I would play with it now and then, but there was always something to do that felt more productive and worthy of my efforts.  It was also an uphill battle to work against that critical voice that said you’ve tried this and it was a waste of time. 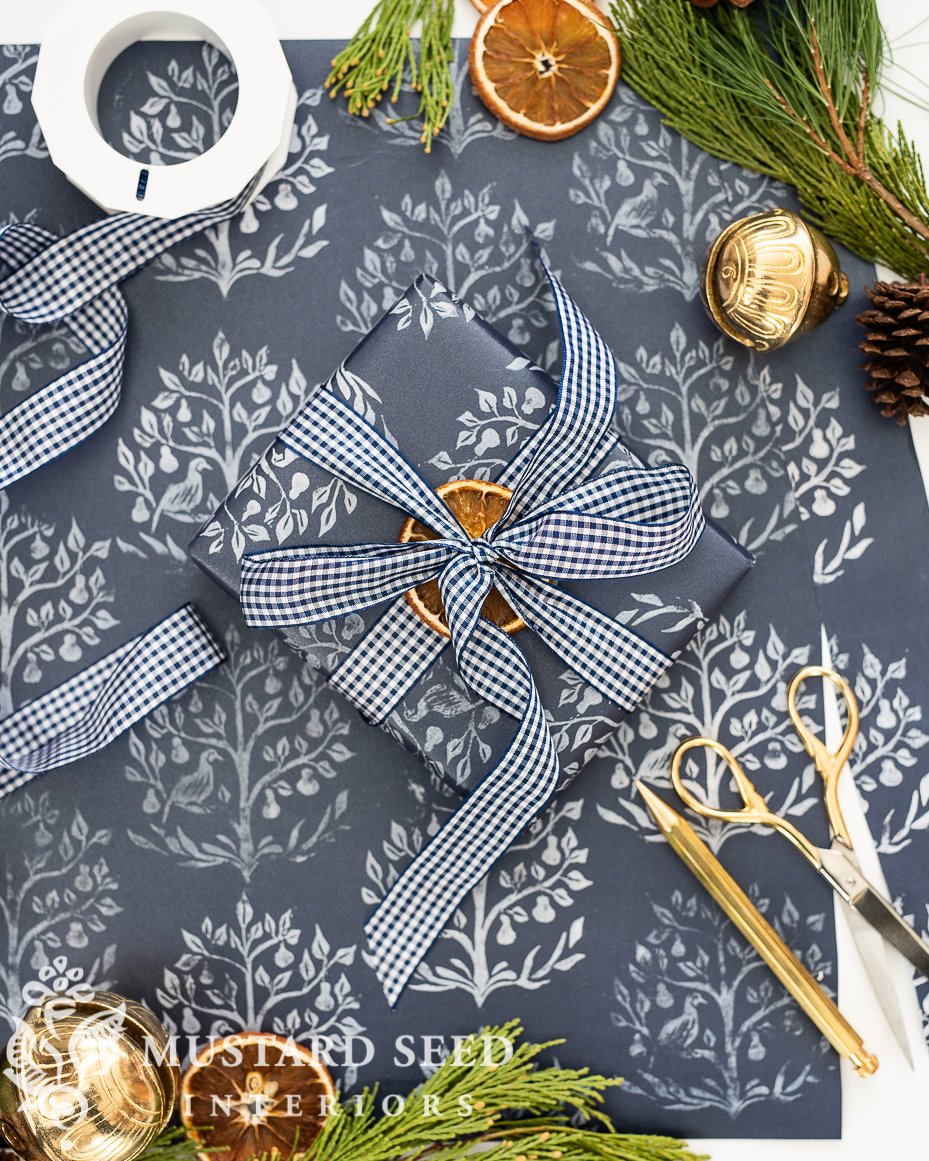 But over Thanksgiving break, as I was pressing the lino block I carved into linen fabric and wrapping paper, I knew I had to turn it into a sellable pattern.  Not next year or soon or later, but now.  I needed to harness that momentum and go for it.  So, that’s what I did.  Not only did I put that pattern into digital form that could be reproduced, but I pulled out a pattern that I loved, but was never made.  I put them in coordinating colors in two colorways, uploaded them to Society6, and bought a set of each. 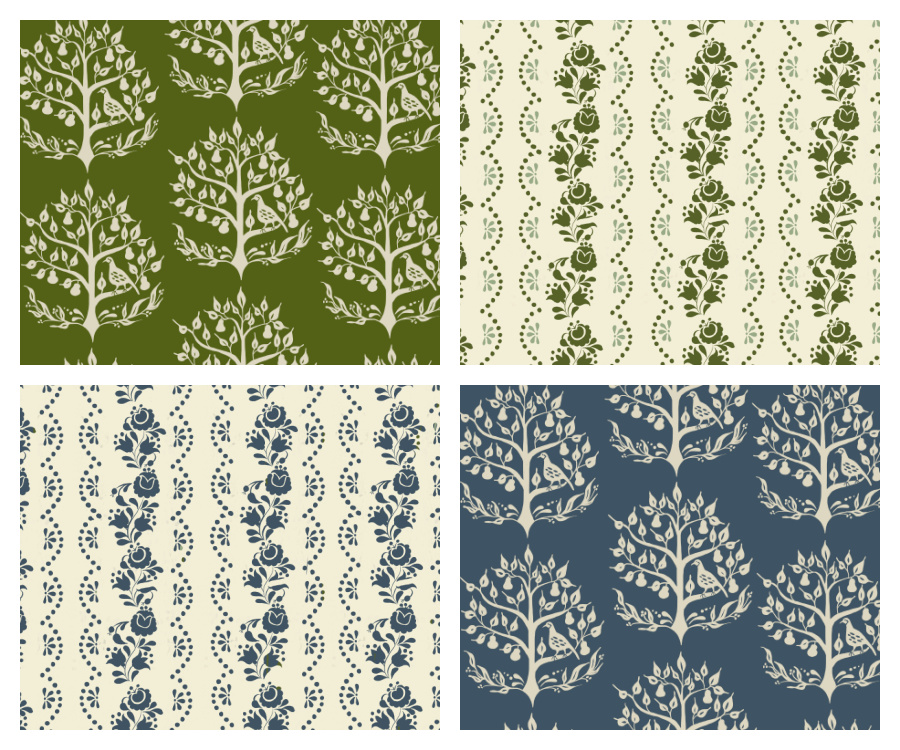 I was so excited about it that I also ordered fabric and wallpaper samples from Spoonflower.

My wrapping paper order arrived yesterday and I felt emotional as I pulled them out of the tubes and lined them up.  This is what I wanted pattern designing to feel like.  I am so proud of these patterns and, while there is a lot of room for growth in this creative endeavor, I am delighted with this first printing.  I love the colors, the scale, and how the patterns play together. 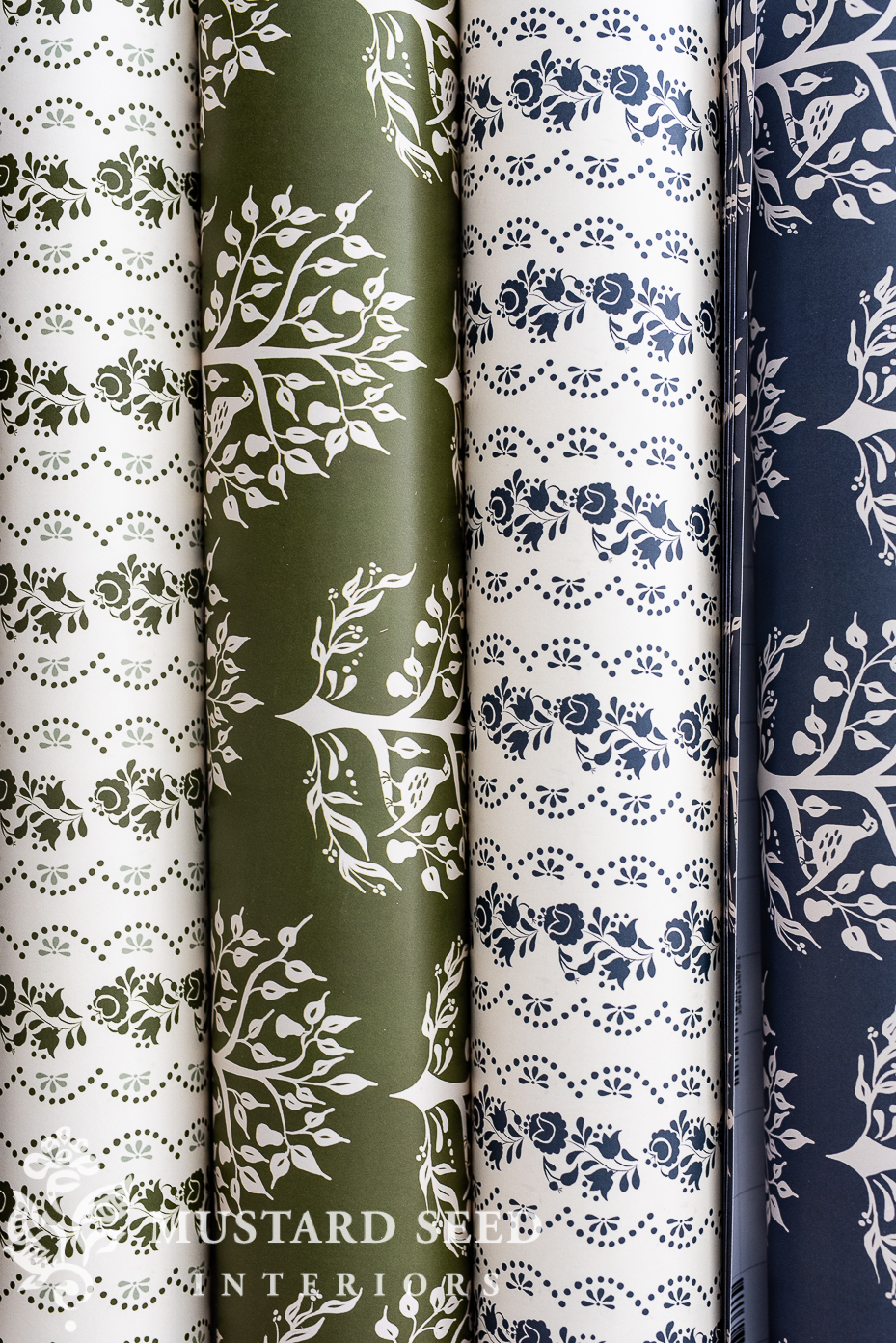 I was so excited that I had to wrap up some cracker boxes and take pictures! 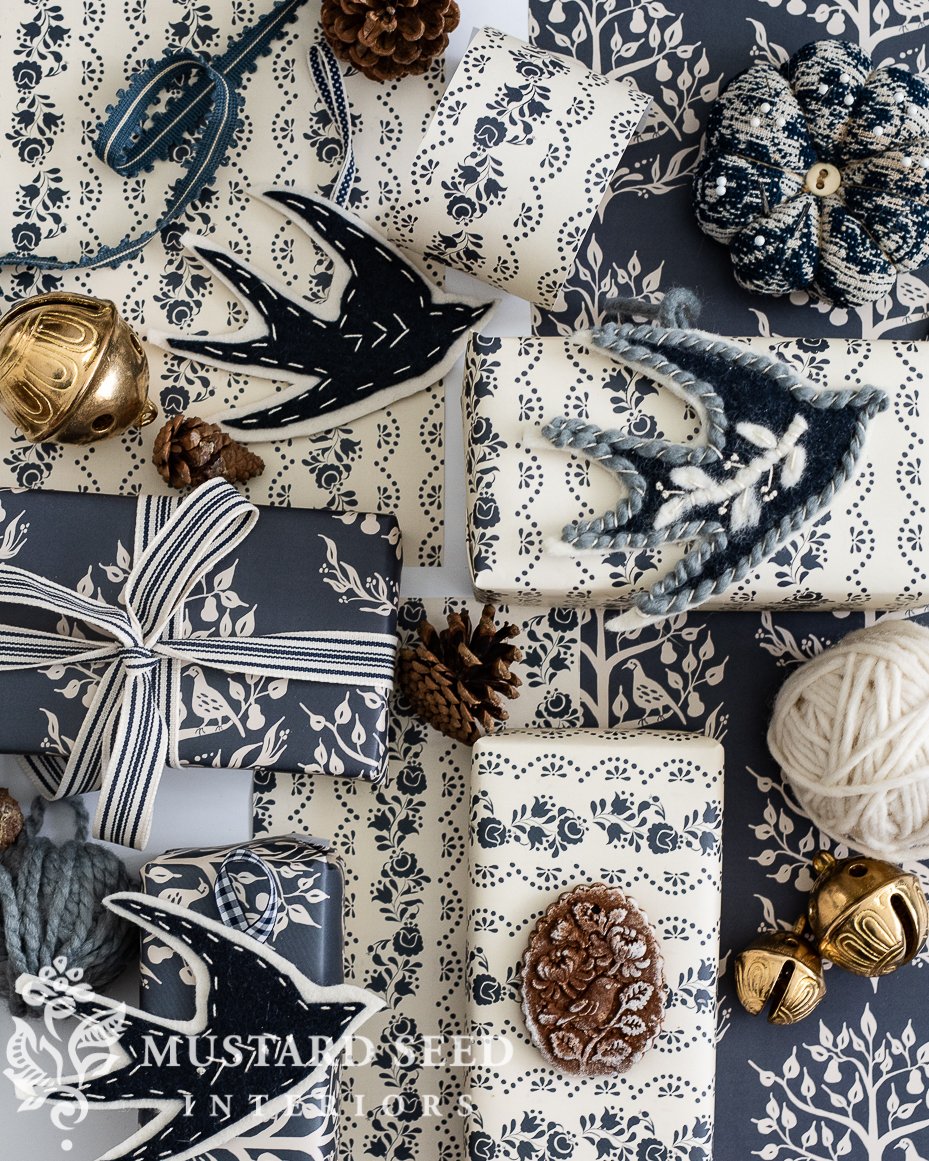 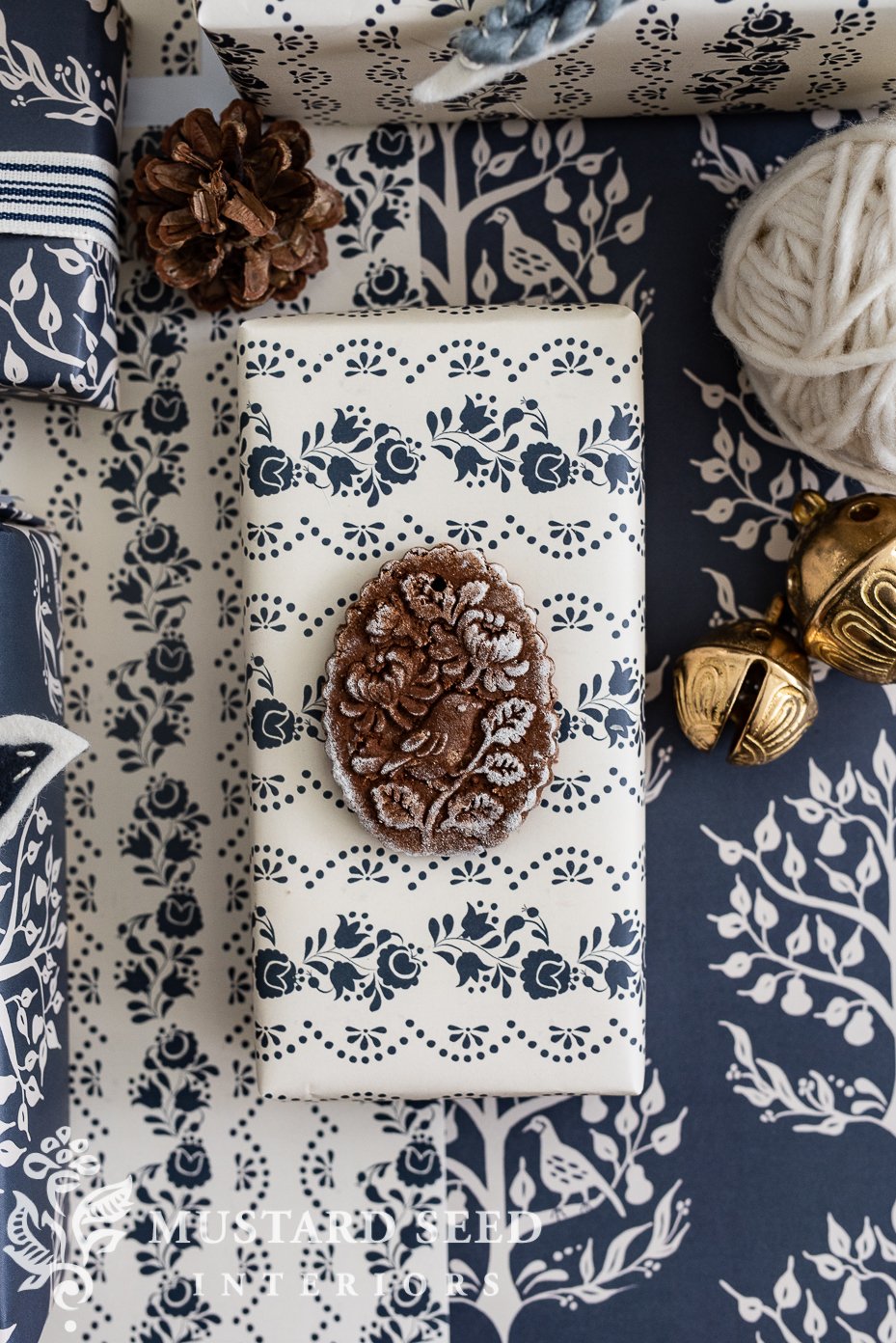 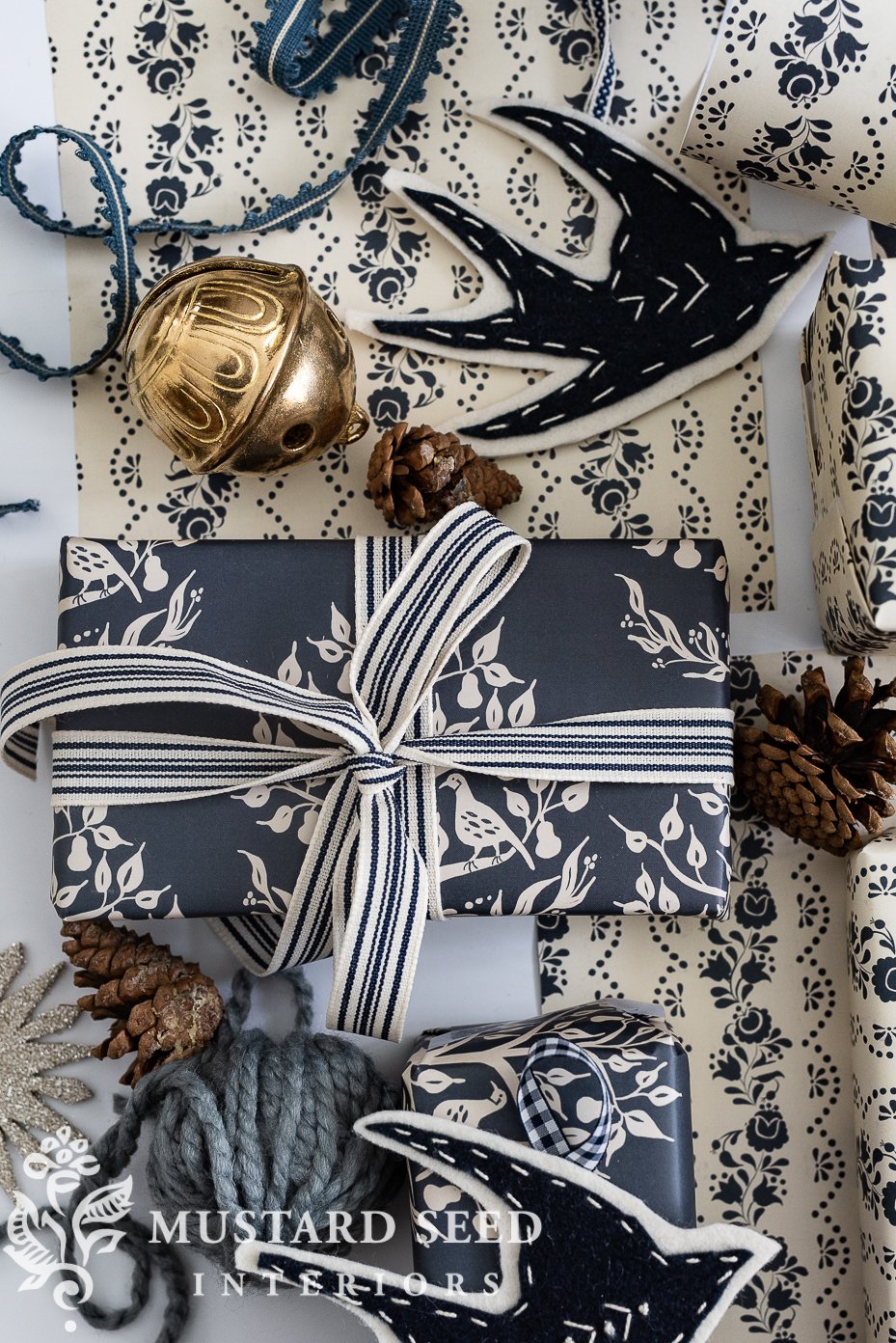 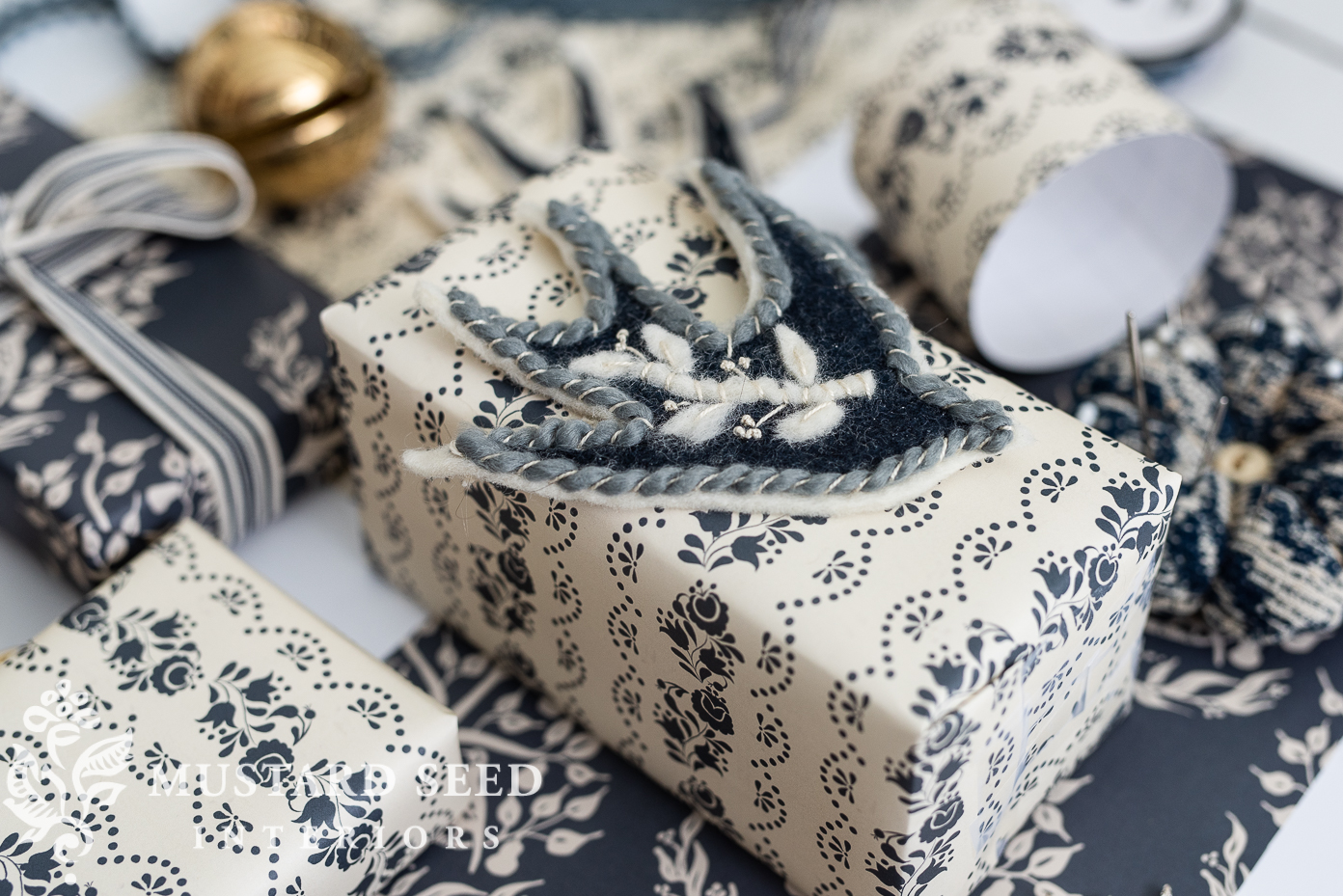 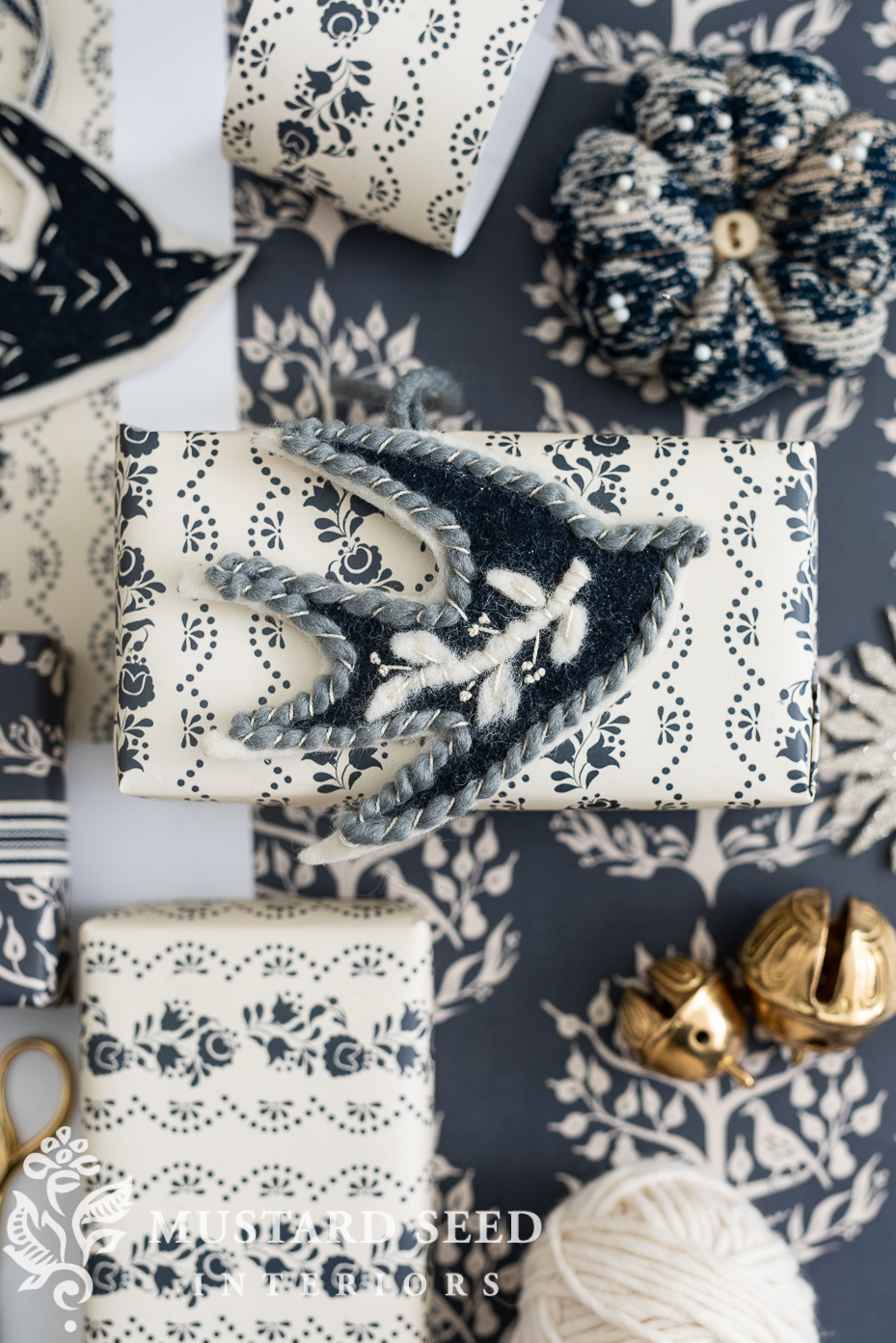 A tutorial for this embroidered felt bird is coming!

…and the green wrapping paper colorway… 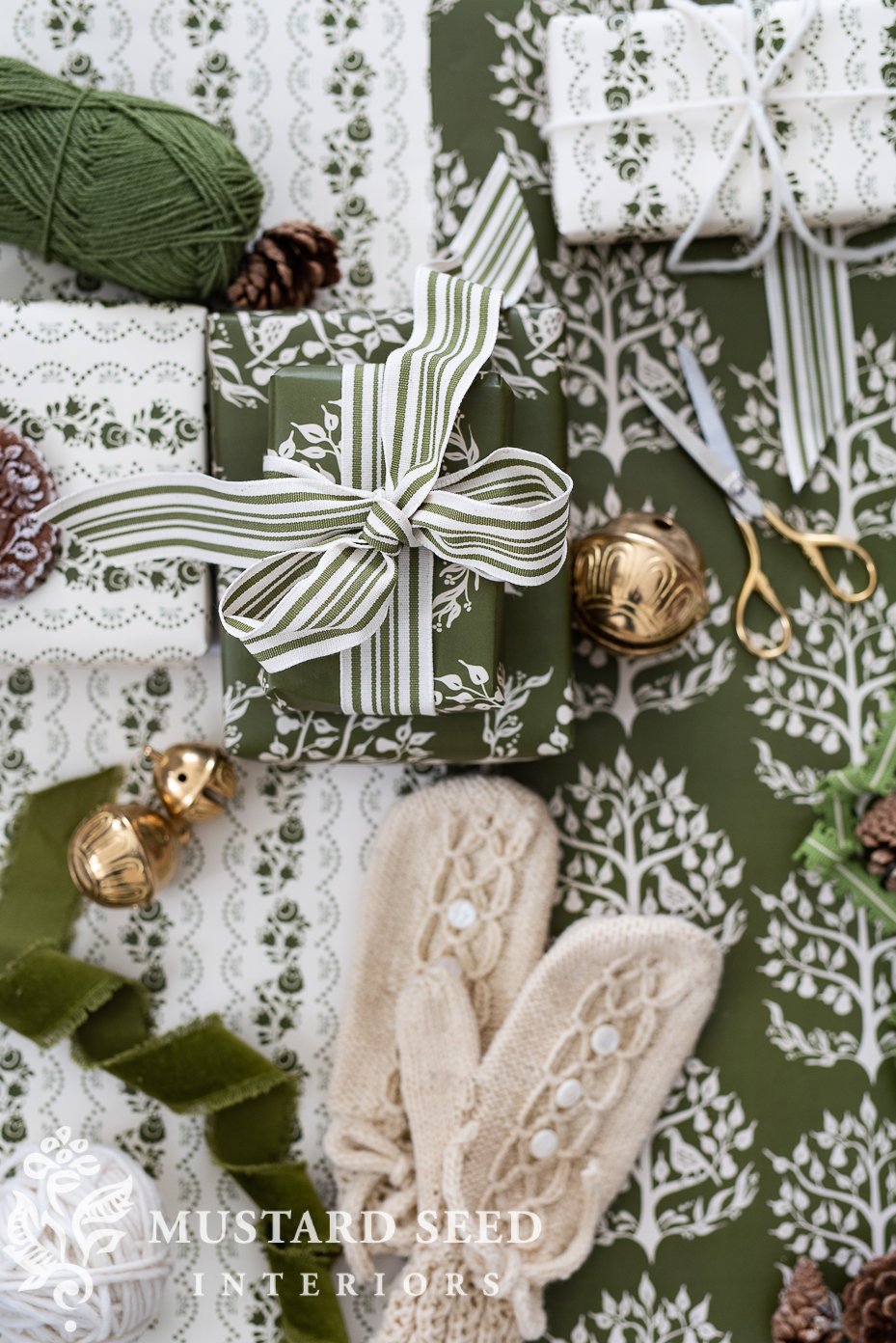 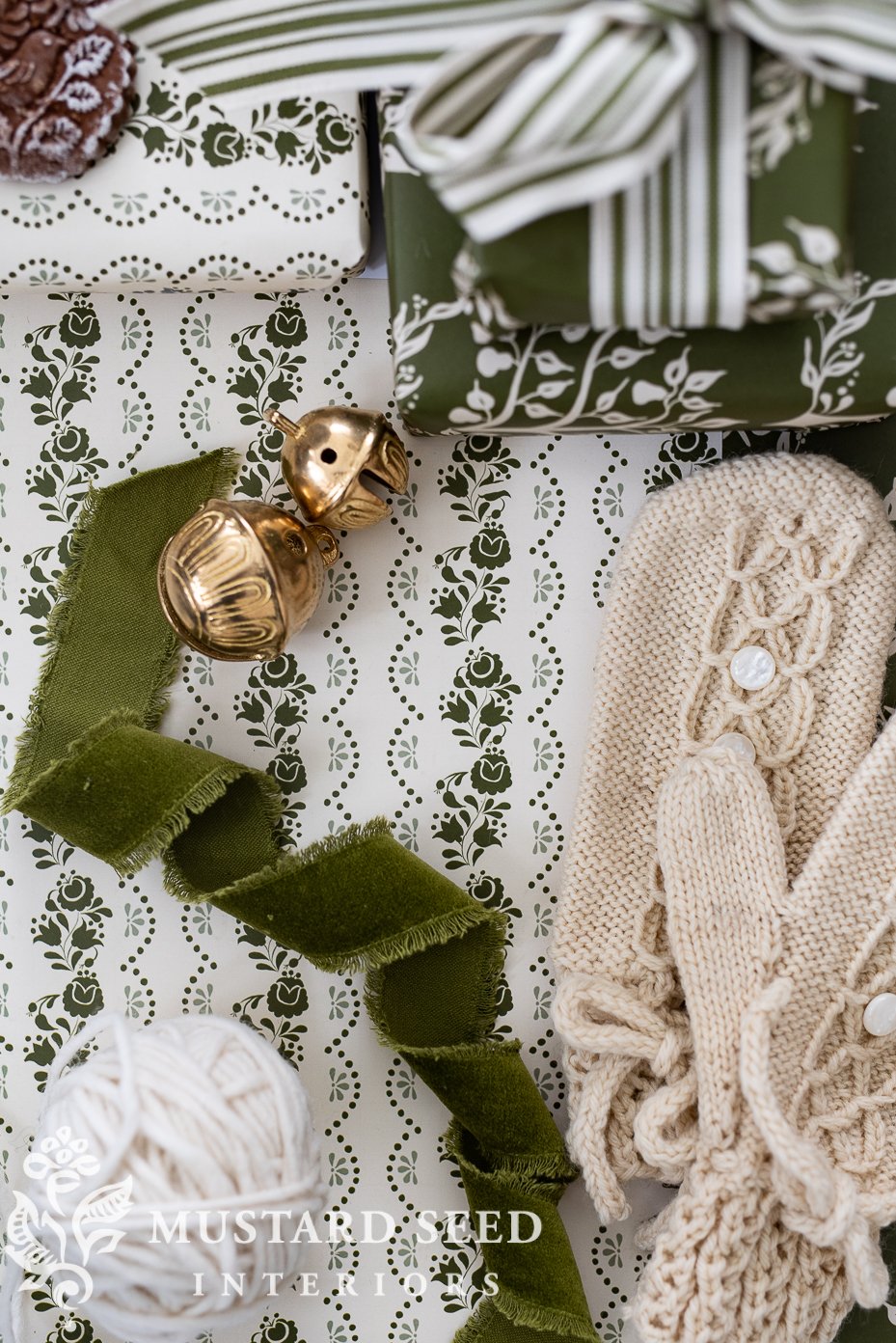 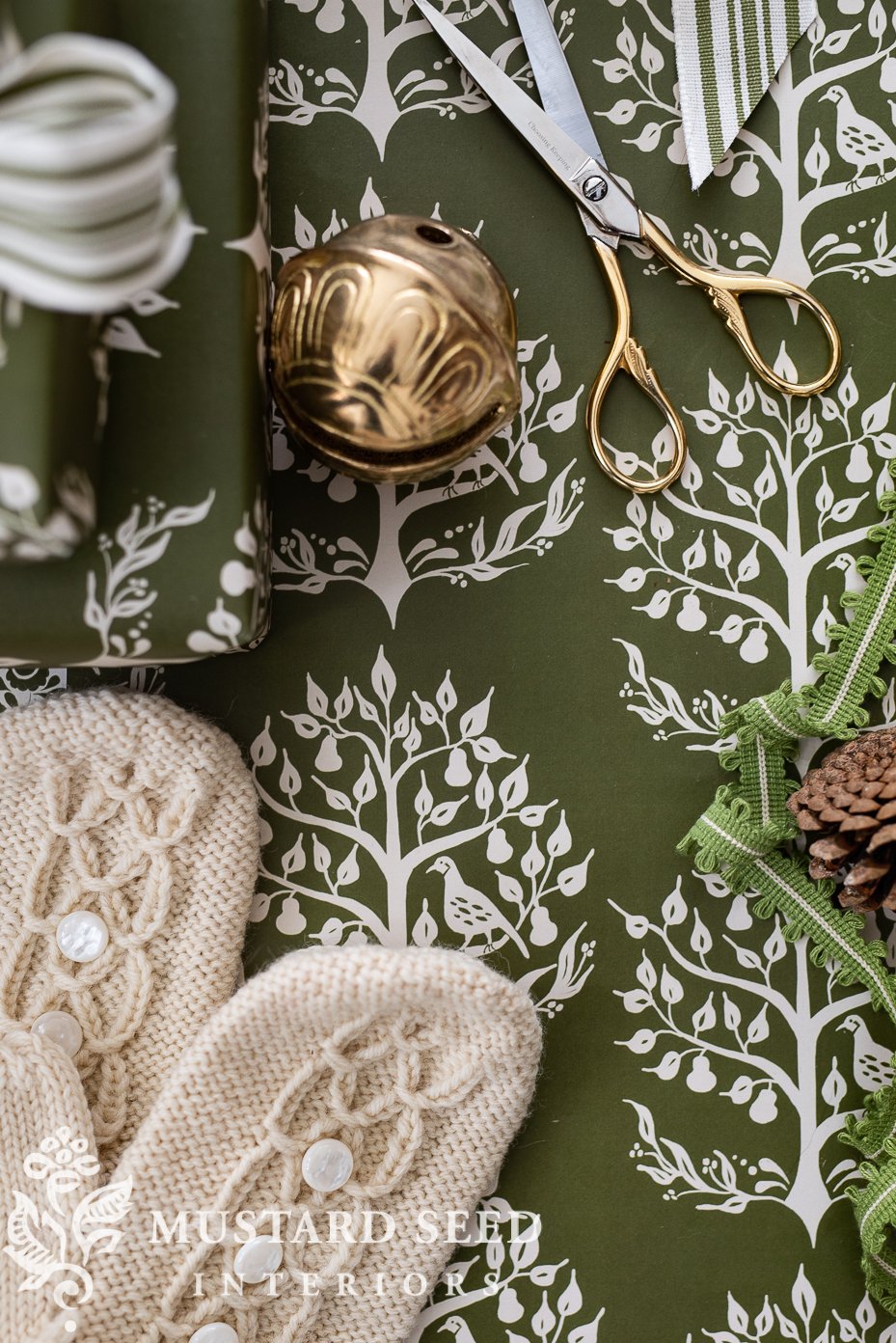 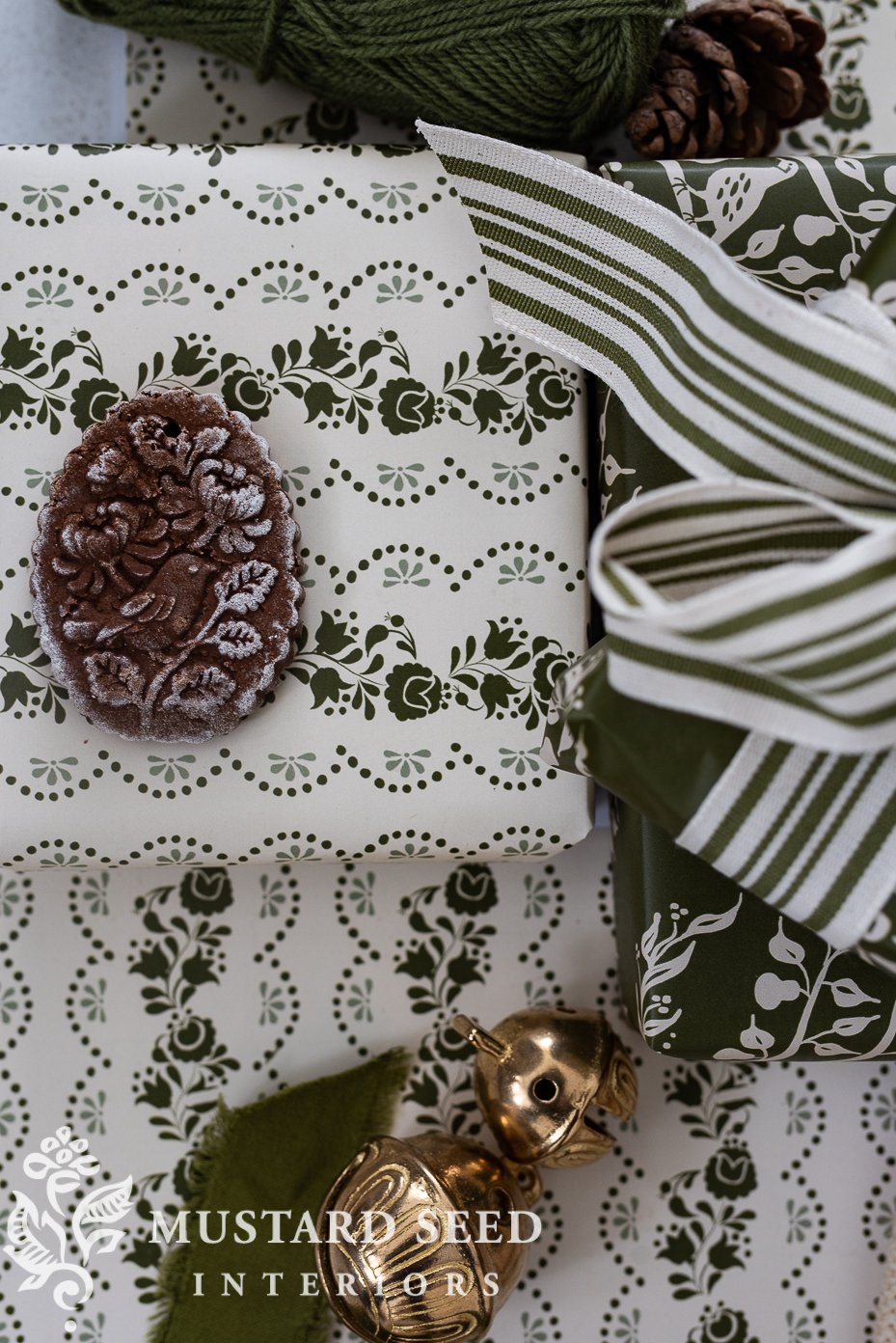 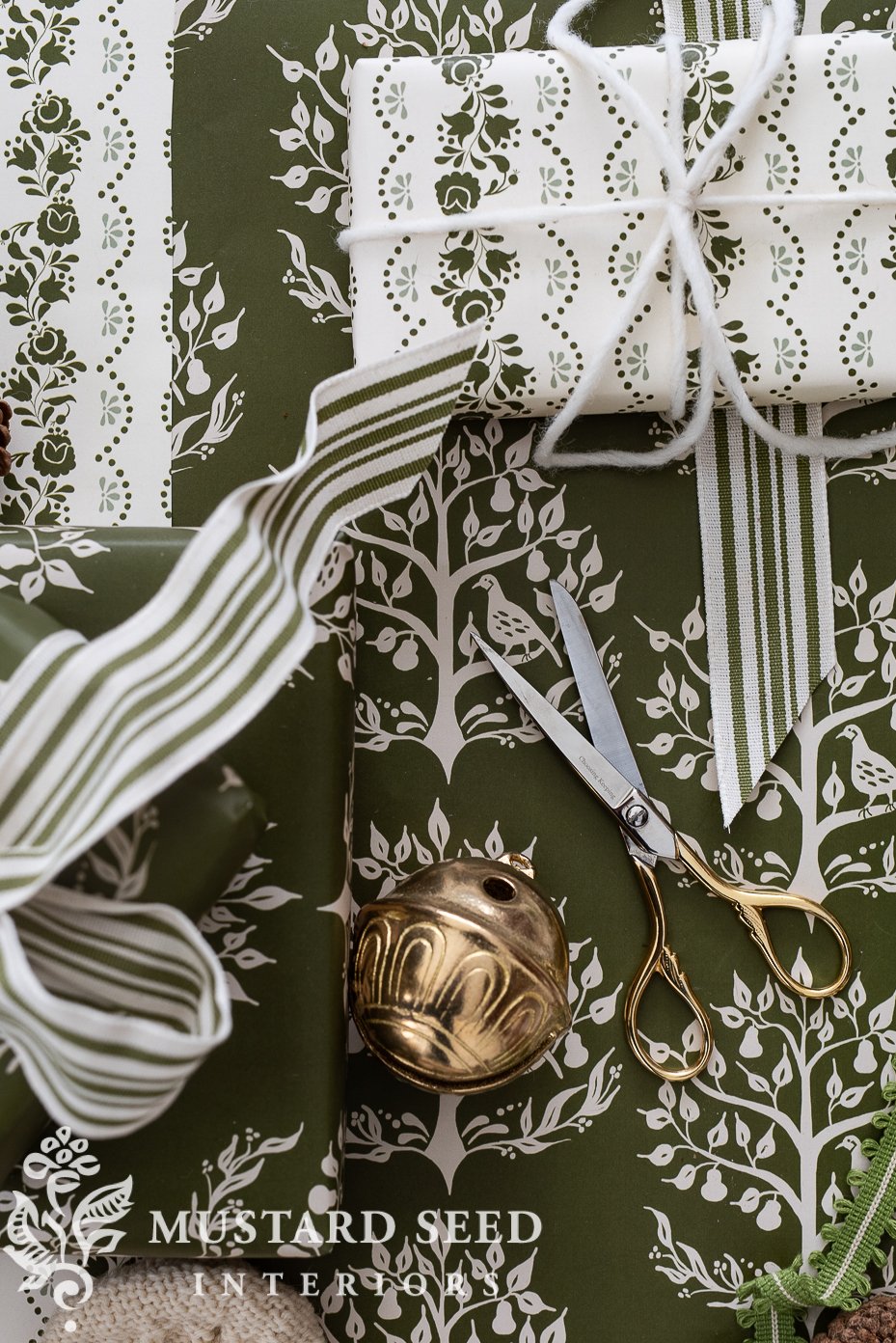 And I am absolutely thrilled with the quality of the paper and how the colors printed. 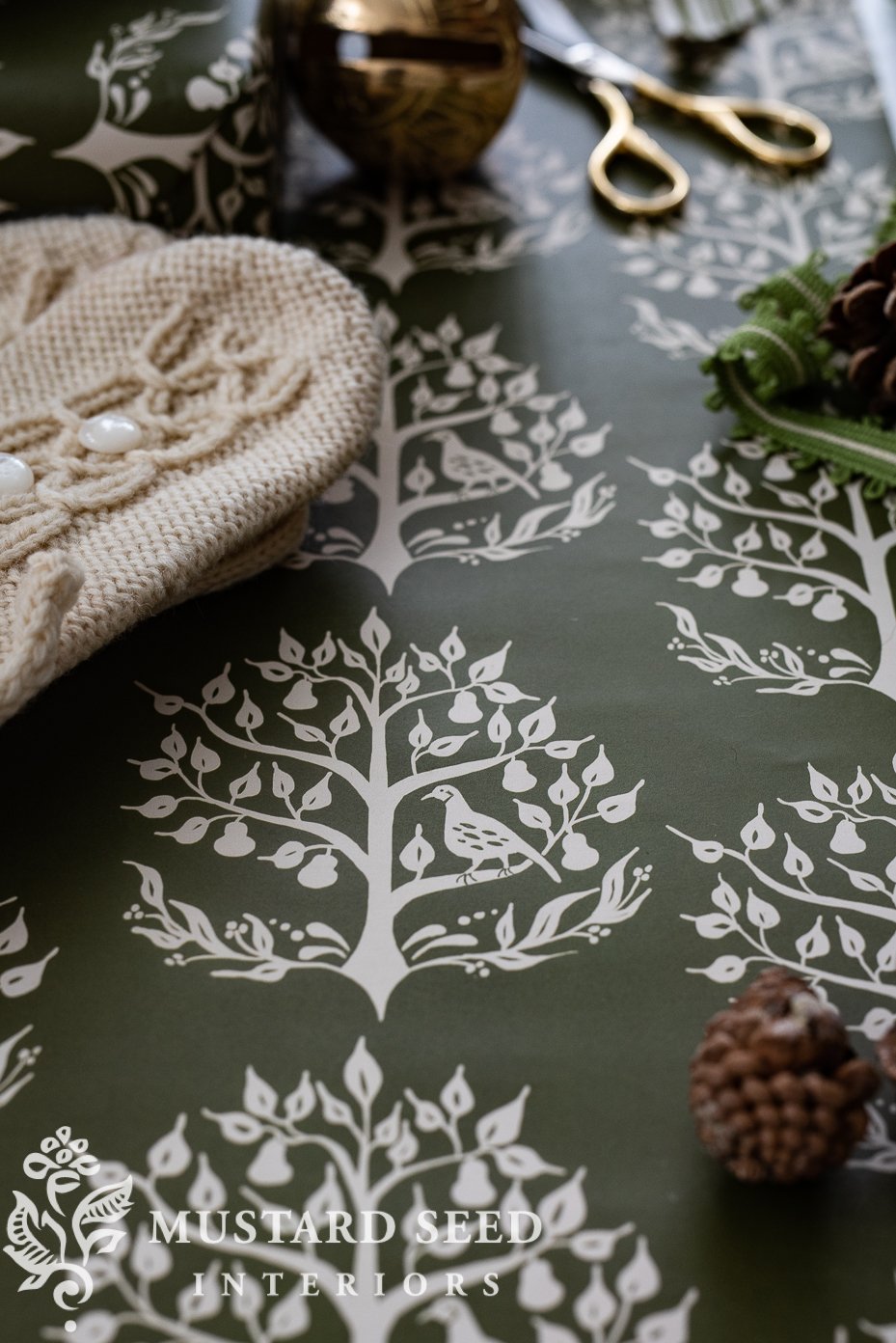 The paper is thick and even has a grid on the back, which I always like in wrapping paper. 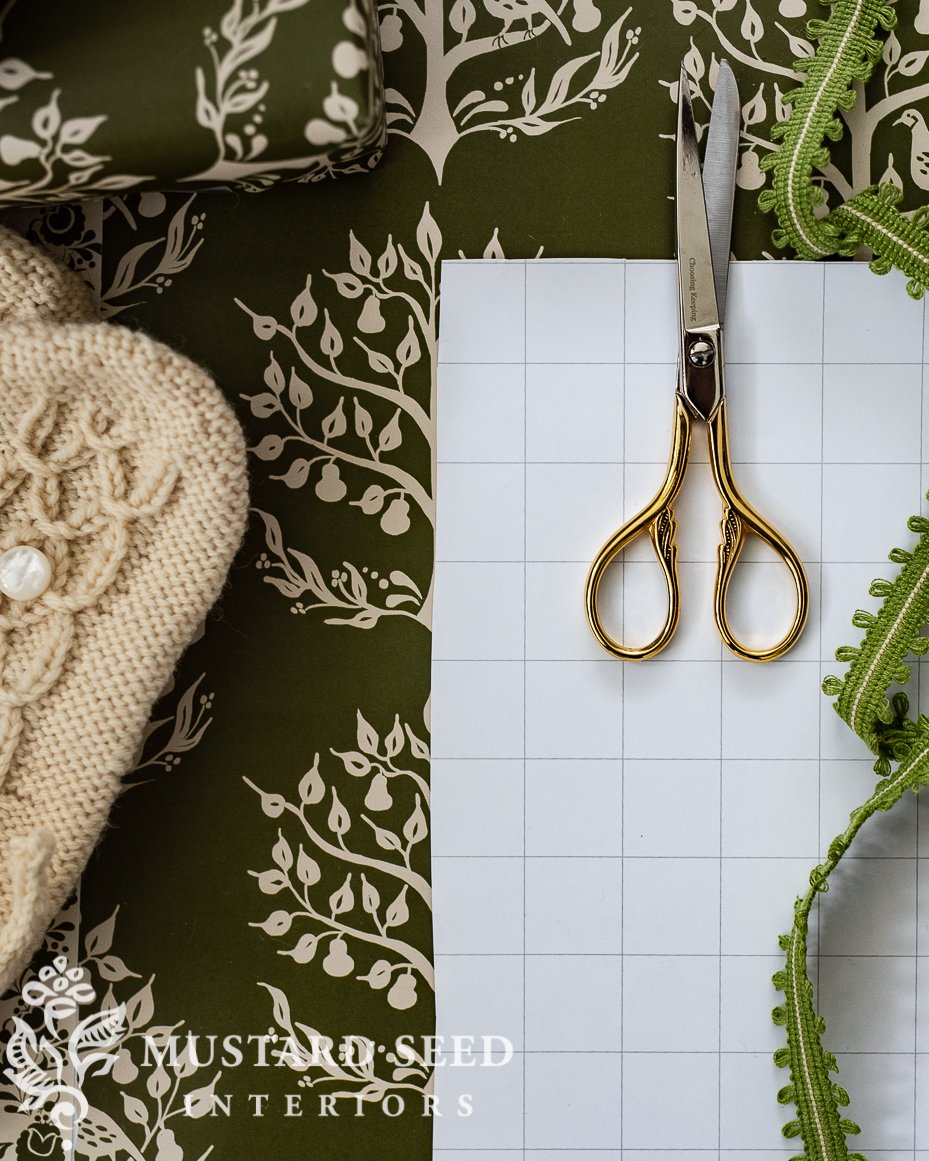 All of the ribbons are from Hobby Lobby and coordinate perfectly!  I will hunt for more ribbons that work well to give lots of options for those who purchase this paper. 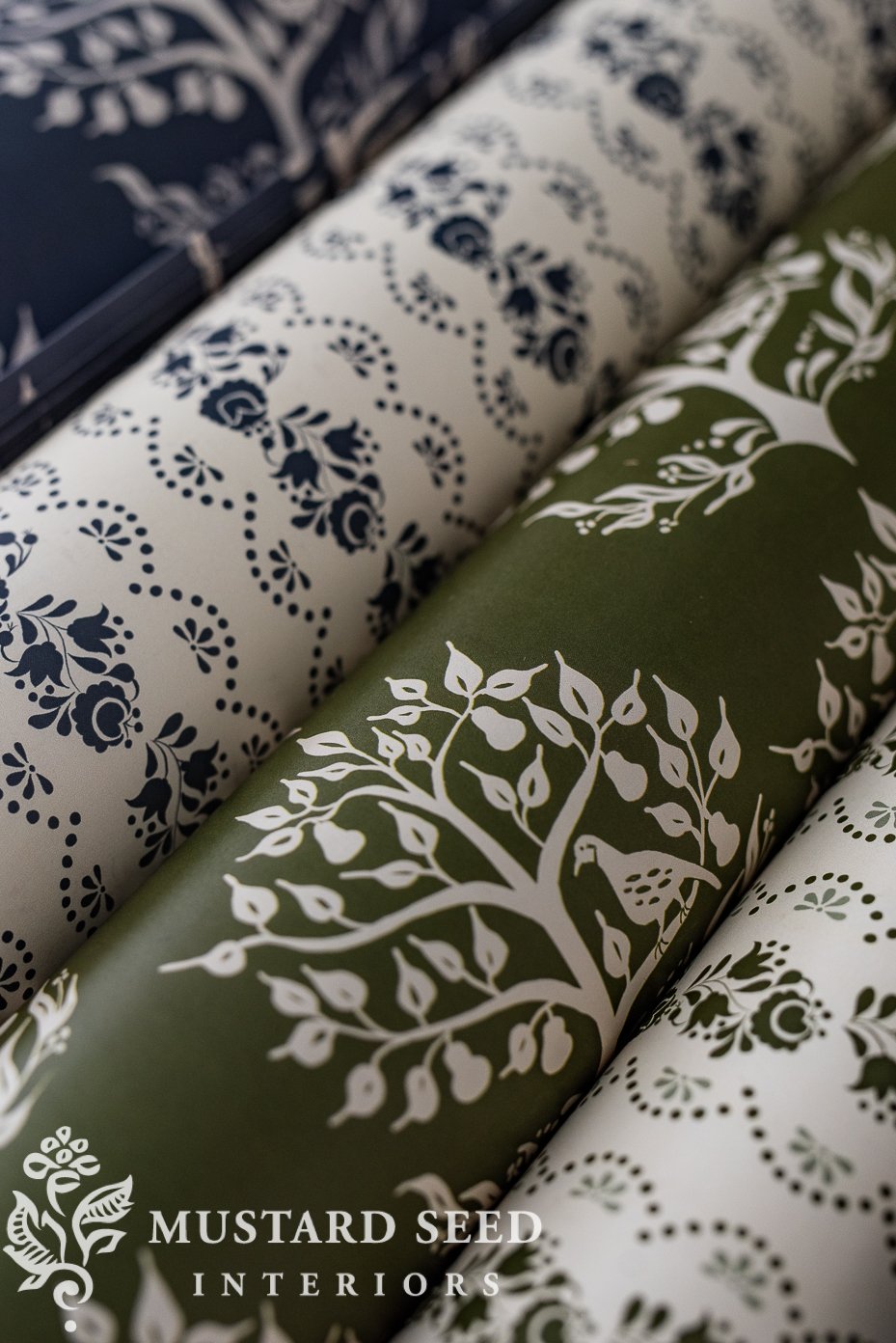 As I said, I have wallpaper and fabric samples on the way and I already have more designs in the works.

Thank you to everyone who has been so supportive and encouraging through the process of creating this wrapping paper.  It means more to me than you will ever know.