It’s looking like we’ll start working on our master bathroom in late fall.  We’re just in the early stages of getting quotes and figuring out what we’ll do ourselves and what we’ll hire out.  Similar to the master bathroom makeover in our previous house, it will be a hybrid of DIY to keep costs down and hiring professionals for the parts of the project that are beyond our skills.

Before I talk about some of my ideas, let me say that this is the best bathroom we’ve ever owned.  In 20 years of marriage, it’s the first time we have a bathroom with two sinks and a tub and a shower.  There is also a linen closet, tons of storage, it’s roomy, and it’s bright when the shutters are open.  Like the rest of this house, the bones and layout are excellent.  The things that I want to change are almost all cosmetic and more about customizing it than making things “better”.  The one exception is the shower, but we’ll get to that in a minute.

First, the star is the tub.  I know freestanding tubs are all the rage and, if we were starting from scratch, maybe that’s what we would go with, but the existing tub is perfect and there is no need to replace it.  It’s deep, roomy, and has jets.  So, it’s staying.  What I would like to change is the tile around it.  I’m hoping it’ll be possible to do that without removing the tub.  (I’ve seen that new tile can be installed over old tile if it’s intact and in good condition.  I would guess that we could demo the tile on the wall, but leave the tile on the deck surrounding the tub.  Fingers are crossed on that one!) 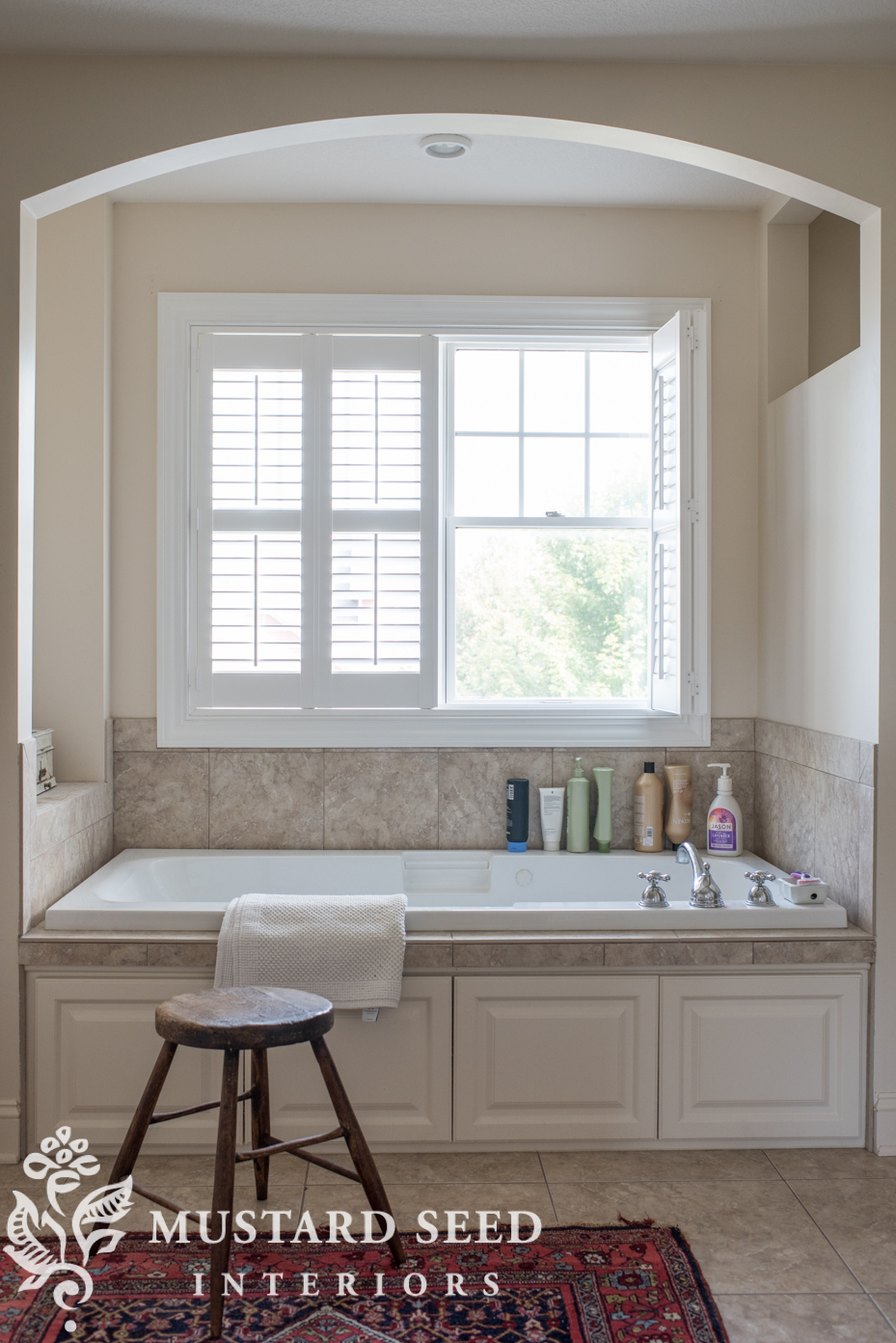 And, to make it a real feature, I’d like to tile all the way around the window on the back wall.

I’ve been considering a marble subway tile, as we did in our last house… 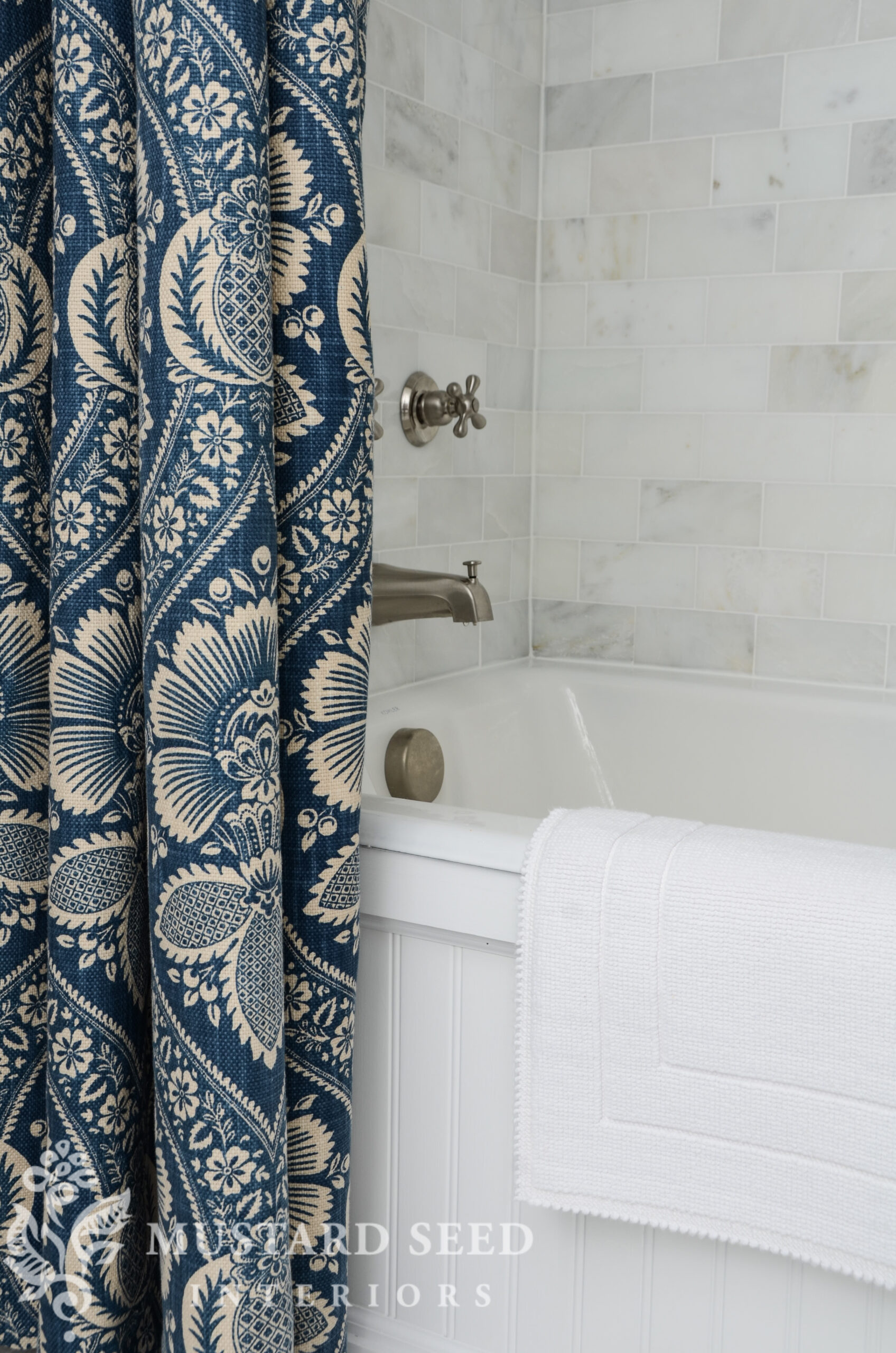 …but I’m thinking I might go with white subway tile, which still looks classic, but is a fraction of the cost. 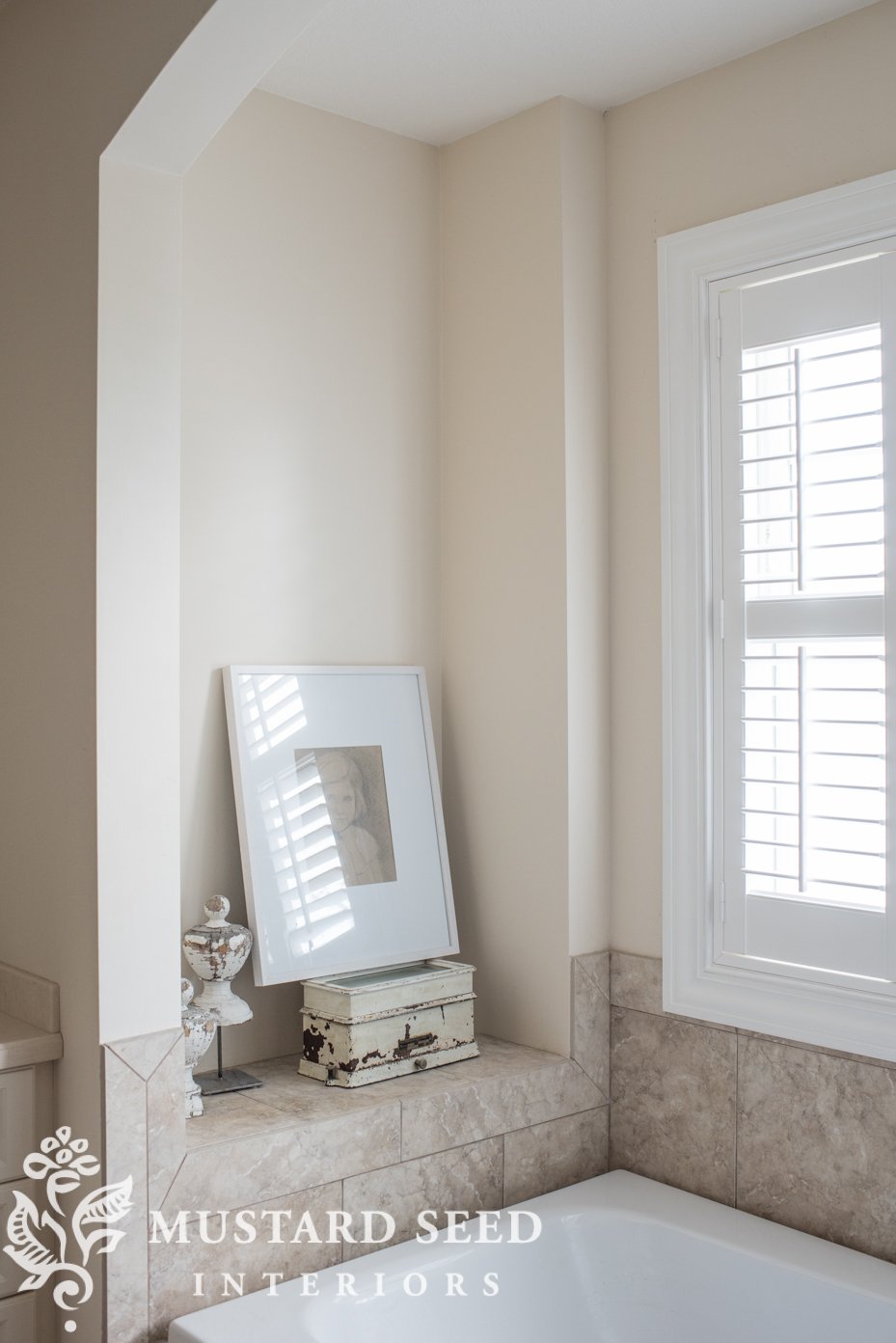 …along the lines of what Maria did in her bathroom… 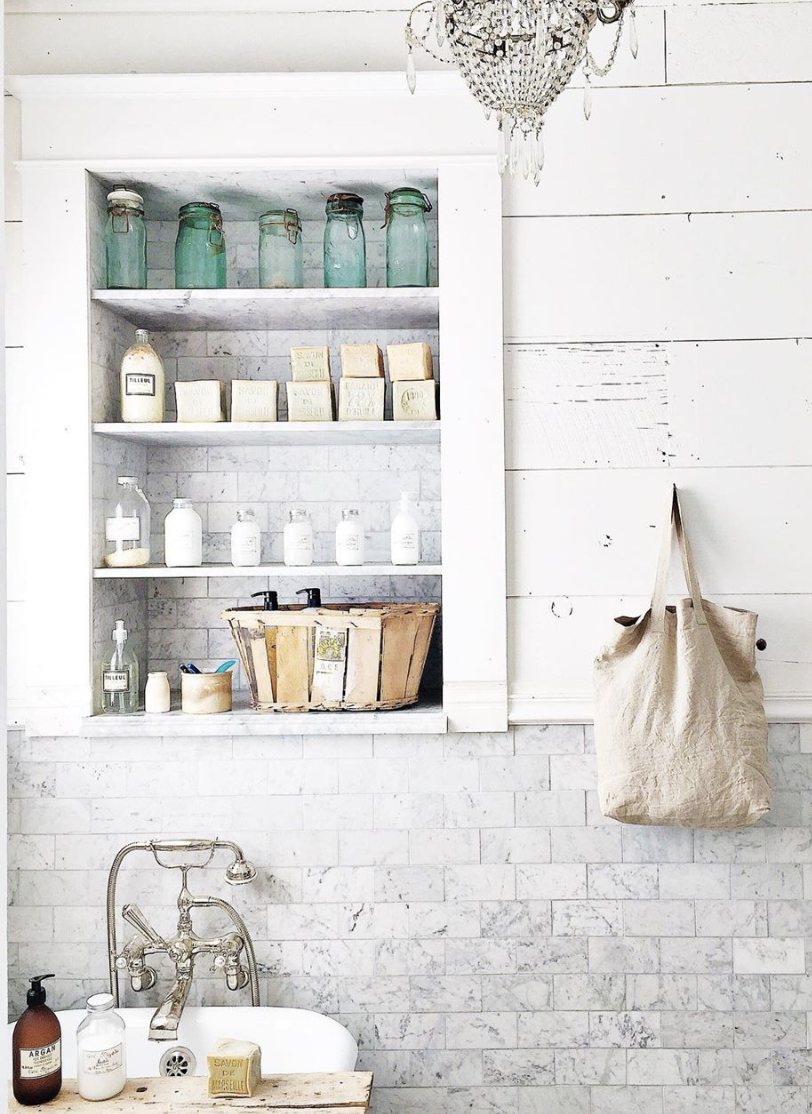 On the floor, I’d like to do marble hex tiles (4″ or 6″).  I’ll have to get some samples, though, and see if a large, square tile might be better in the larger space.  Marble tile can get a bit too busy, so I want to strike a good balance. 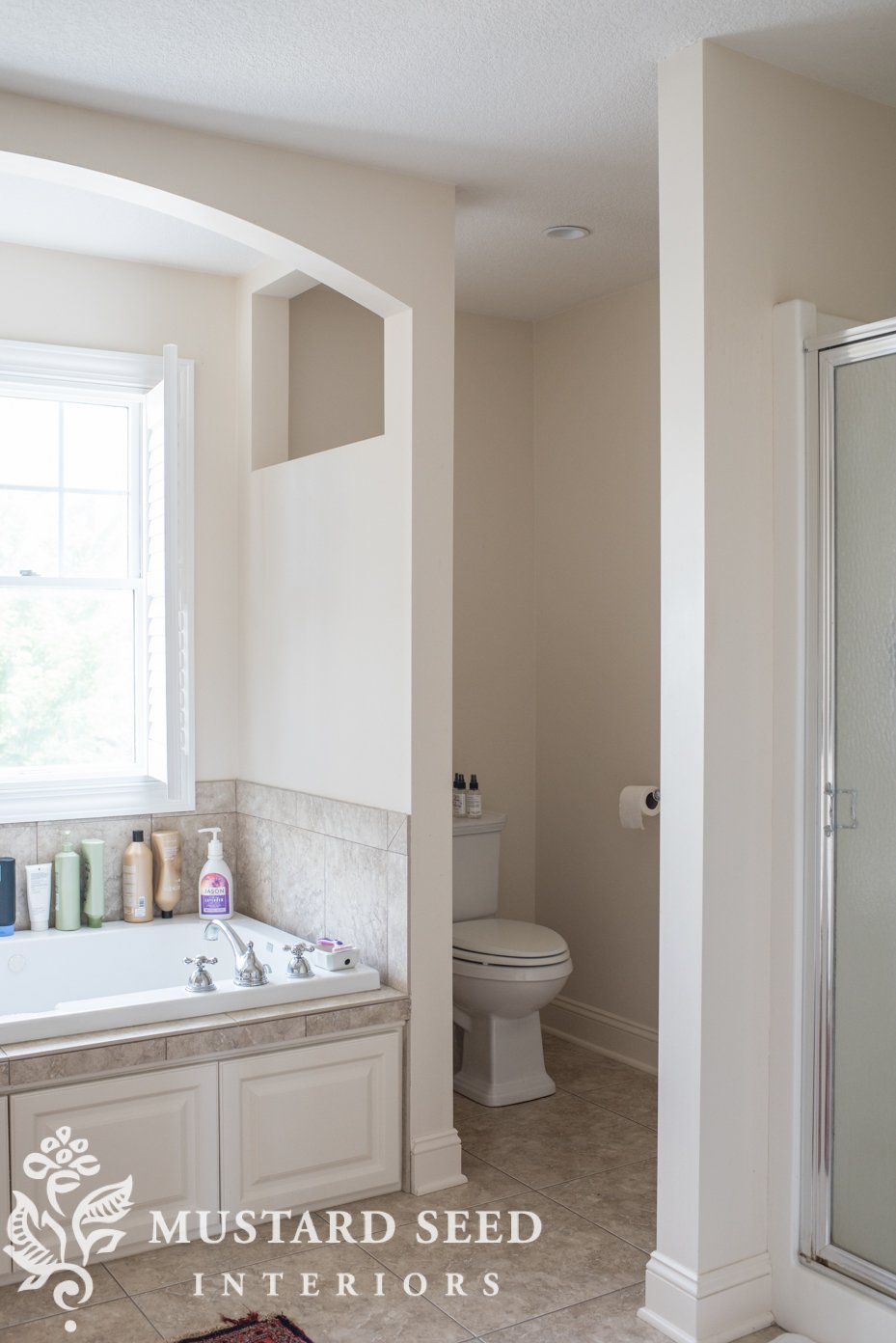 We put 2″ marble hex tile in the upstairs bathroom of our last house and I loved that, but I think it would be too small-scale for this bathroom.  But, maybe not… 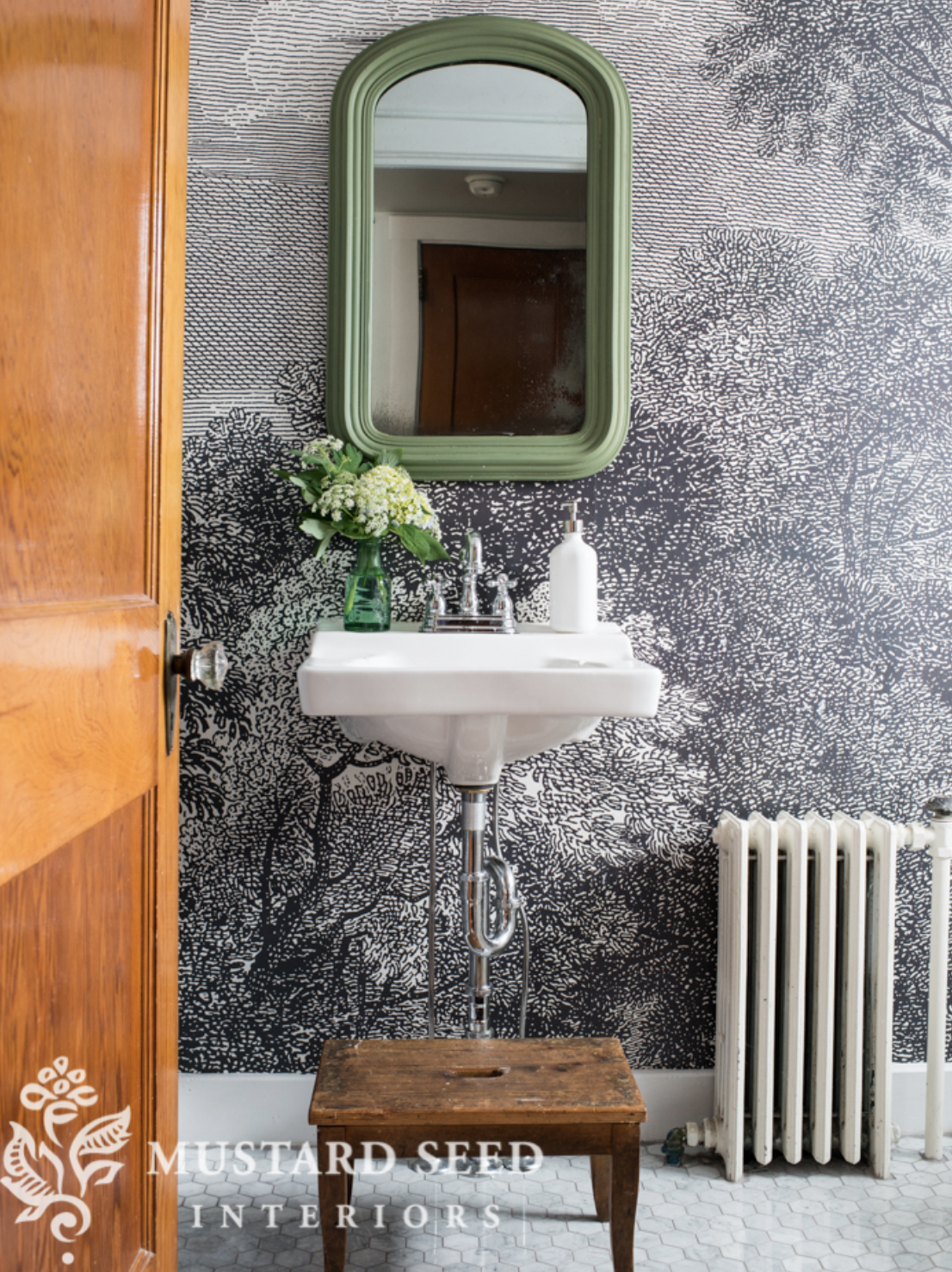 The shower is where the biggest change will happen.  Right now, it’s a plastic shower insert with a bubbled glass door. 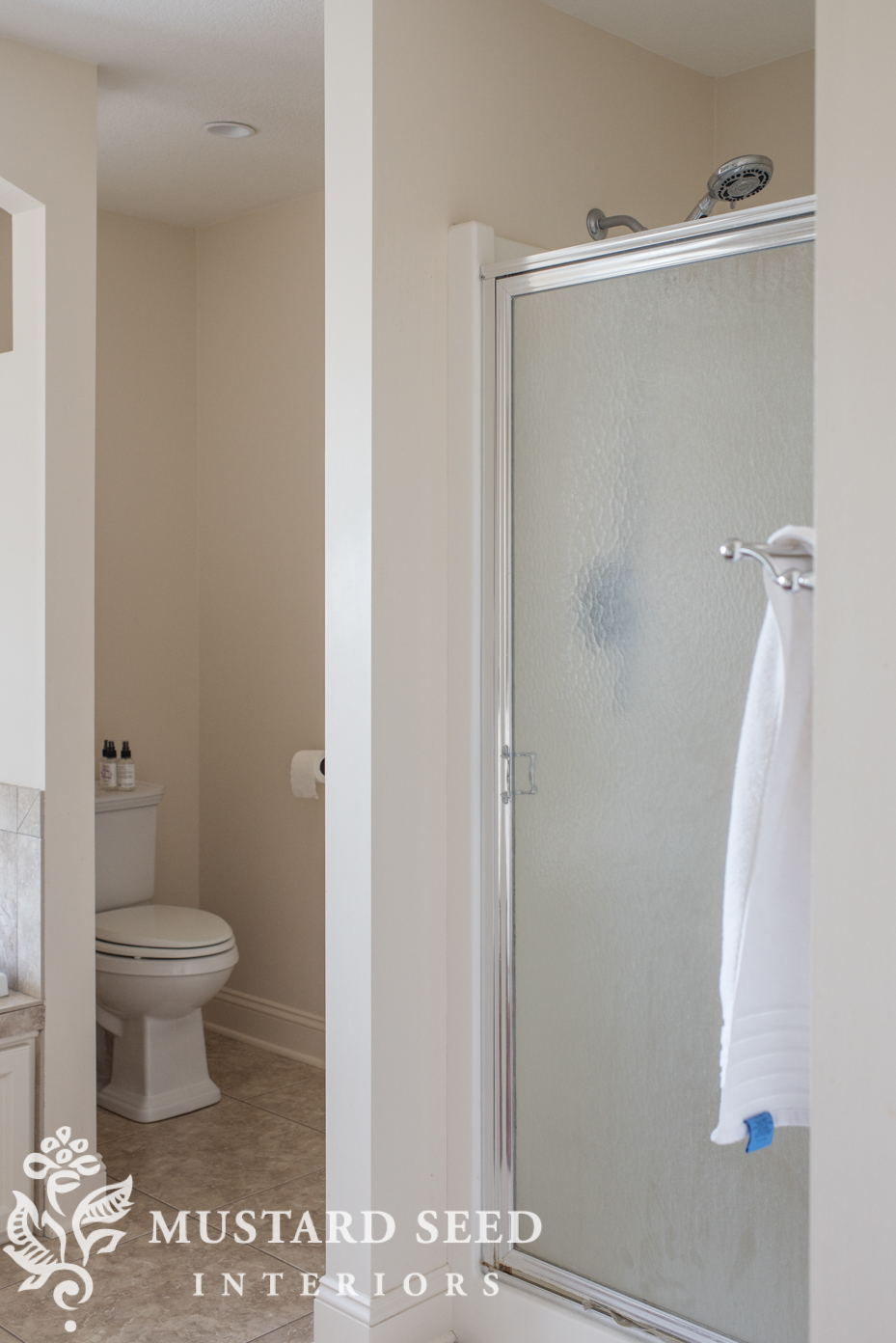 We’d like to replace it with a tiled shower with a clear glass door.  This will allow us to gain about 6″ of depth, making the shower a bit roomier. 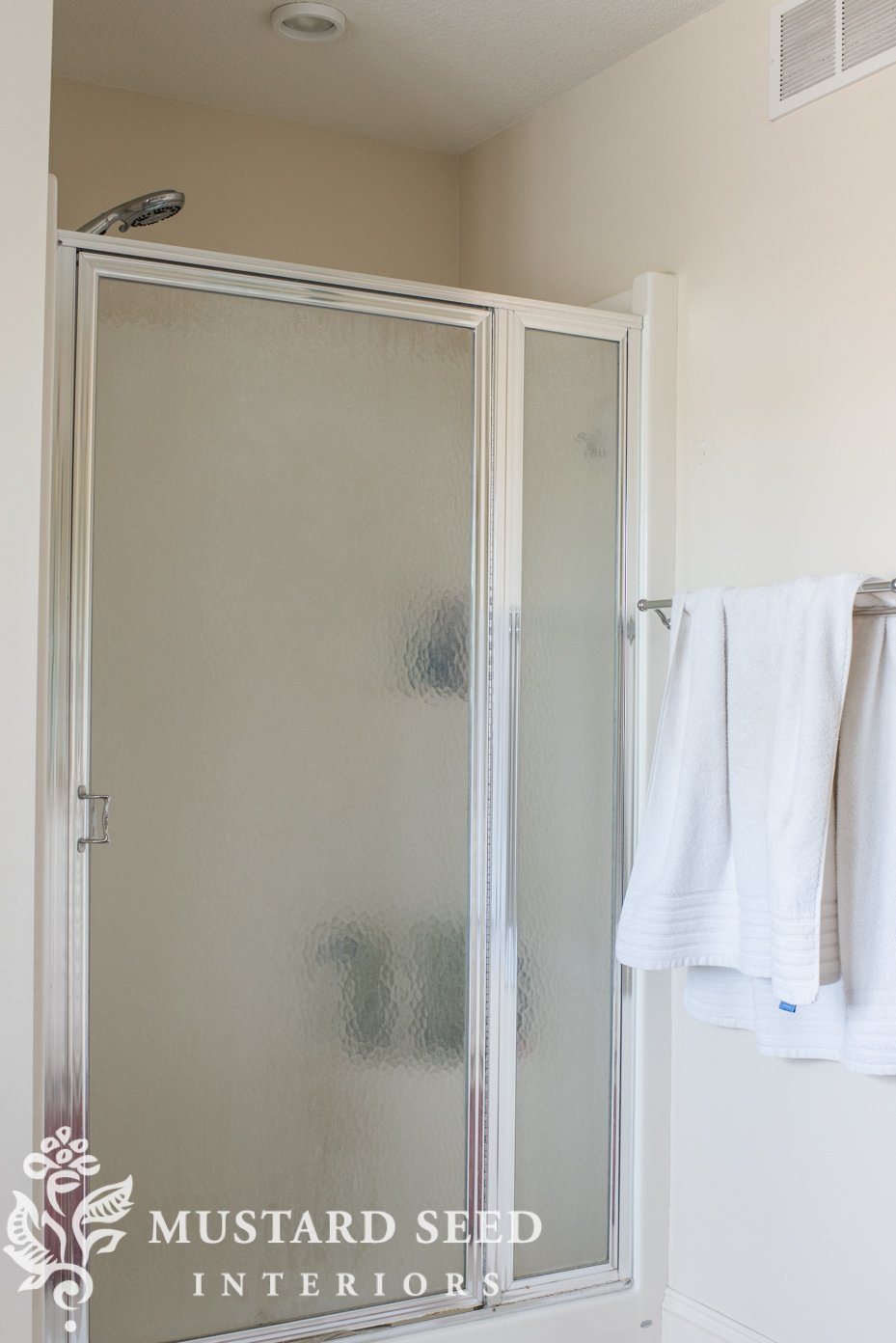 (I suppose I could’ve folded the towel properly before taking these pictures!)

And, I’m not sure about the vanity area, yet.  That will happen later.  The first phase is really about the shower, but we can’t do the shower without also doing the floor tile and if we’re going to be ripping out tile, we might as well take care of the tile around the tub, too. 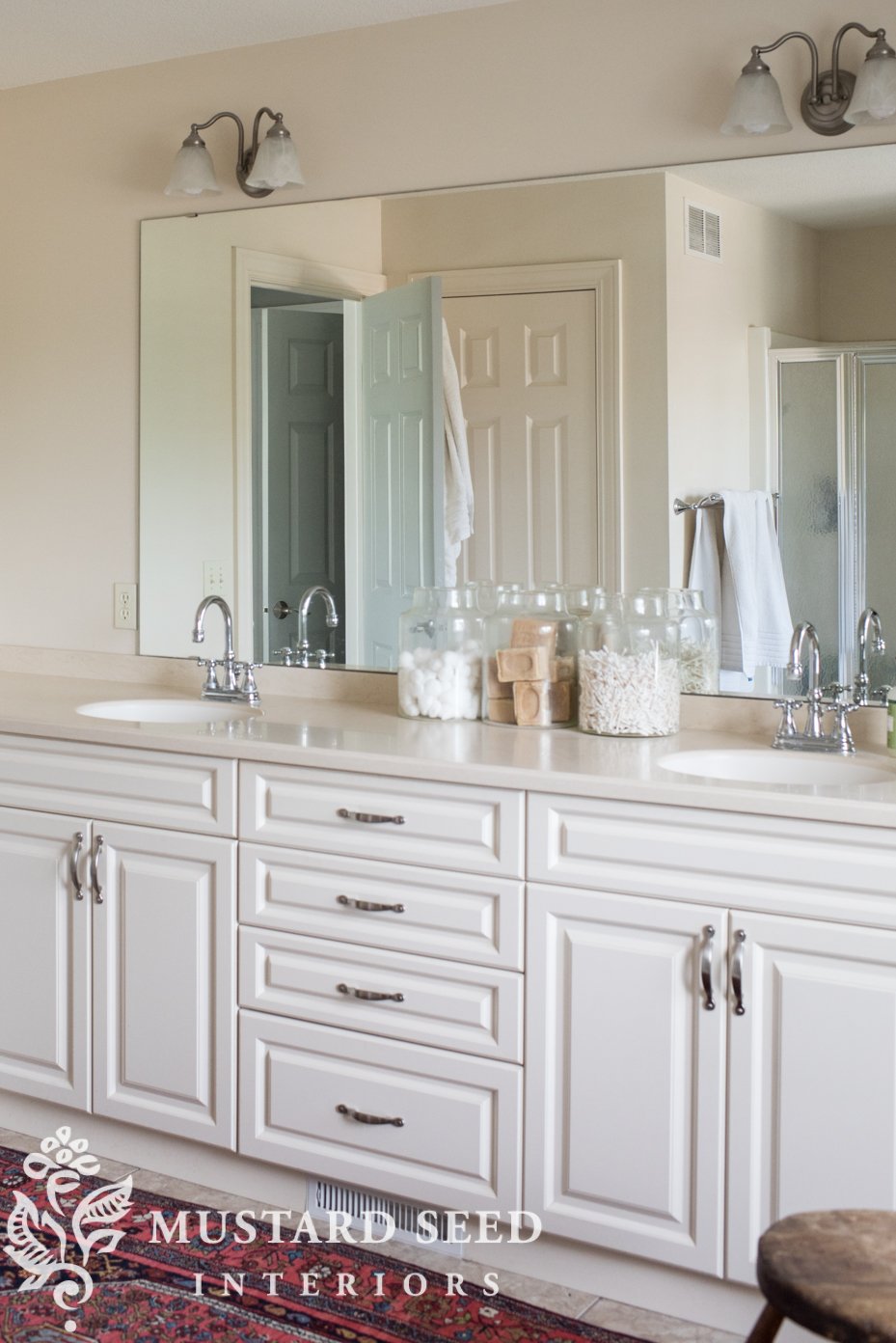 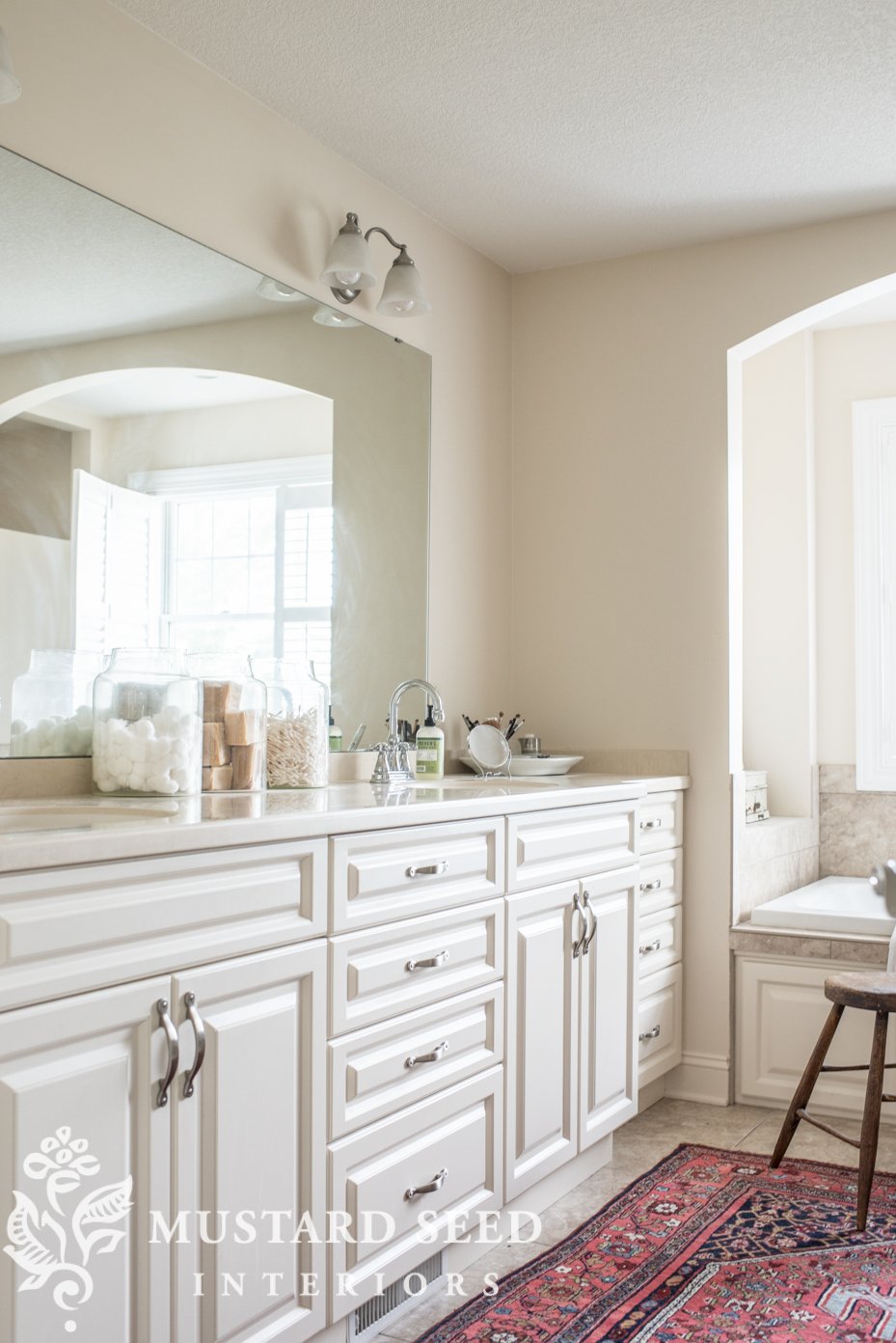 I wouldn’t even call this a plan at this point, but just ideas that might change depending on time and budget.  We’ll see.  One step at a time…

decorating, projects, and recipes for Spring