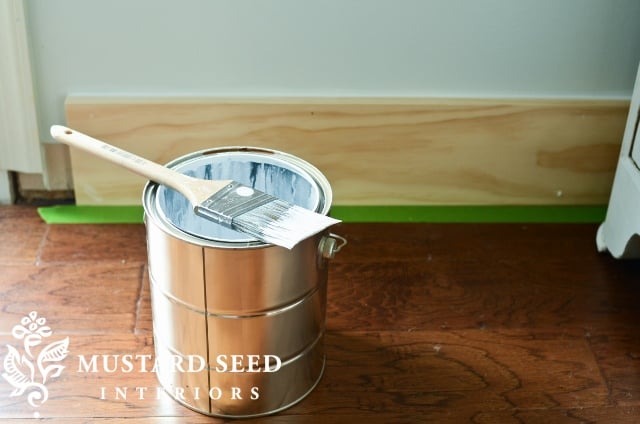 Disclosure: This is a sponsored post brought to you by Frog Tape.

This is my house. 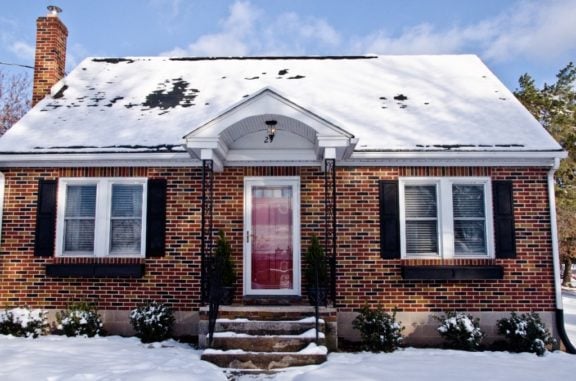 Obviously, not in July, but this is it.  It’s a 2 1/2 story Cape Cod style home that was built in 1948.  It was built by a local builder known for his barns, but he built a few houses in the community, including ours.  It is a super sturdy home with solid oak plank sub-floors and plaster walls, but the glass doorknobs are as fancy as it gets.  All of the trim is just simple pine boards.  (Of course, they didn’t last a year before I painted them white!)  When we first looked at the house initially, I was hoping for a lot more architectural detail, but the trim has really grown on me.

When an addition was put on the home about five years before we bought it, there was no effort made to marry the new with the old.  It was like now you’re in the 1940’s part, now you’re in the new part.  It was pretty evident and a little awkward.  So, we’ve been making changes to make the two flow a little better.  The latest thing is changing out the standard 21st century builder-grade trim with humble pine boards.

I know it’s probably smarter to prime and paint trim first and I might do that on some days, but this day I just wanted to get them in.  So, I used some Frog Tape to protect my hardwood floors as I applied the primer and paint.

And if you’ve read my blog for any amount of time, you know I’m a Frog Tape fan.  (They were my very first sponsor almost four years ago!)  It makes clean lines and doesn’t leave any residue. 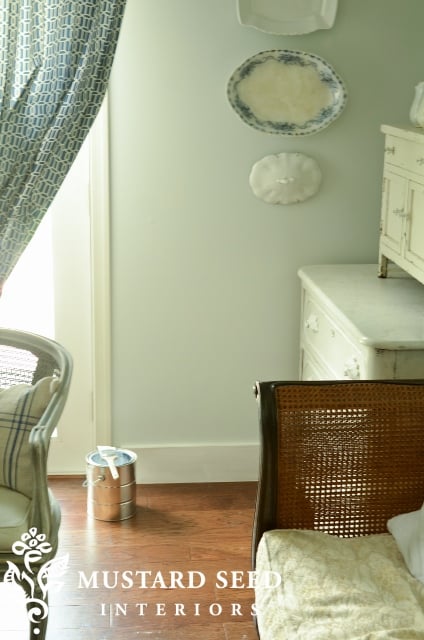 I still need to replace the door trim, but that’s one more thing checked off the list. 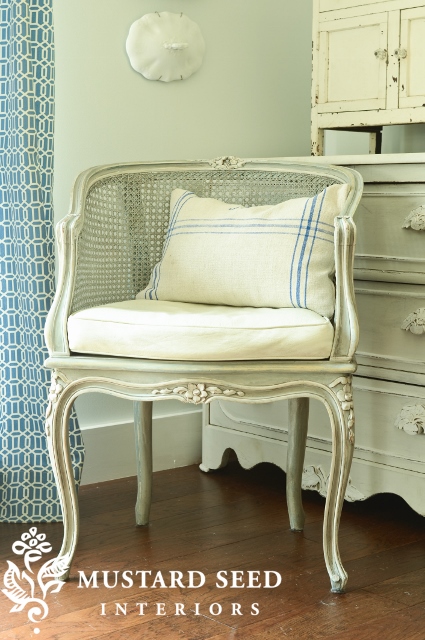 …and the curtain hides that for now, so I can live with it a bit more.

I also grabbed for some Frog Tape when we were applying the bead kit to the new bathtub.  The adhesive strip wasn’t very strong, so we just secured it in place with some Frog Tape until we installed the tub. 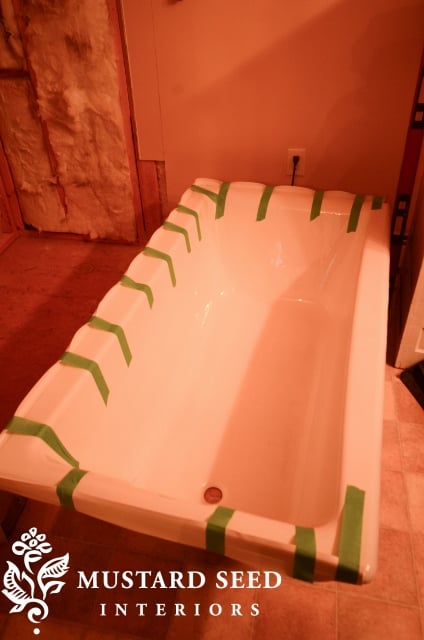 Ugh.  Sorry for the terrible lighting.  I can’t wait to get that skylight tube in.  Natural light is going to be glorious in there!!

Anyway, we’re just another step closer to making this house exactly as we want it.

Disclosure: This is a sponsored post brought to you by Frog Tape. The opinions are completely my own based on my experience. 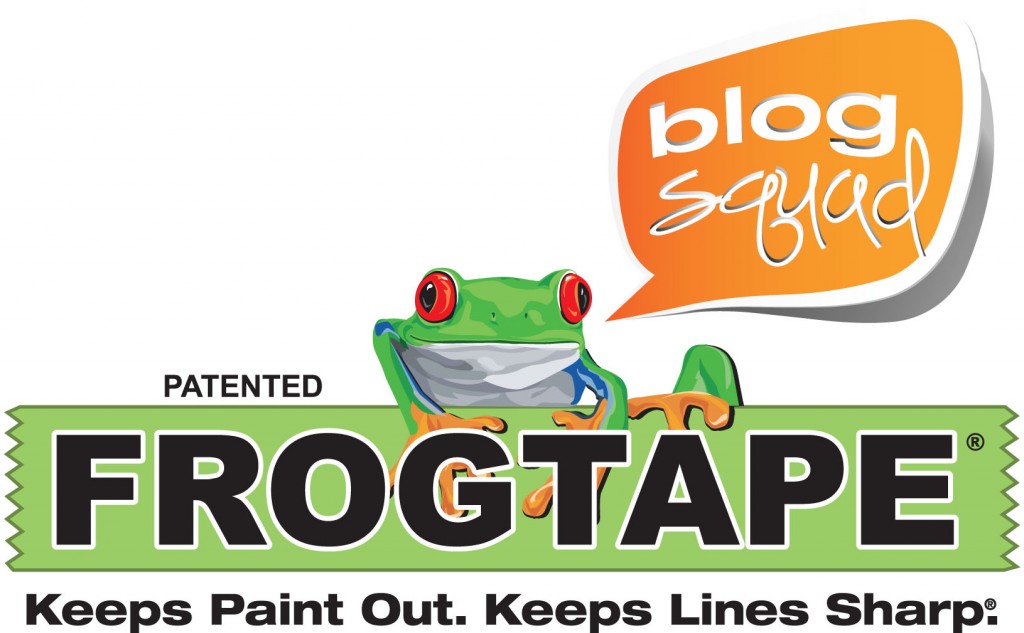