I have had a bin of family pictures, a box of matts and glass, a stash of frames and a mat cutter hanging out in my to-do pile for years.  YEARS!  And that is not an exaggeration.  It really is ridiculous.  Since I’m working on the finishing touches on my house, it is time to do some framing.

I have had dreams of creating a gallery wall in our stairway since the day we moved in.  Now that things are freshly painted, I’m ready to create the gallery wall.  (I think just on the wall to the right, so it’s not too overwhelming for the narrow space.) 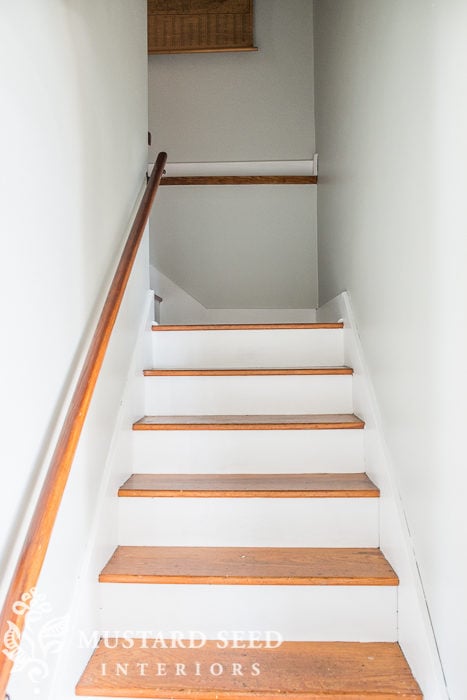 That project starts with the pictures.

I get emotional going through old pictures.  I’m not sentimental about very many things, but pictures and handwritten letters, get me choked up.  I think it’s because I know what happens to old, nameless pictures.  They end up in the trash, maybe in an antique store or an auction lot.  They end up lost, forgotten.  I don’t want that to happen to these pictures.  I feel a weight of responsibility to frame them, label them, in the hopes they might hang in the homes of their descendants for generations to come.  I think that’s easier with large portraits, but what about little snapshots glued to paper that some bug snacked on? 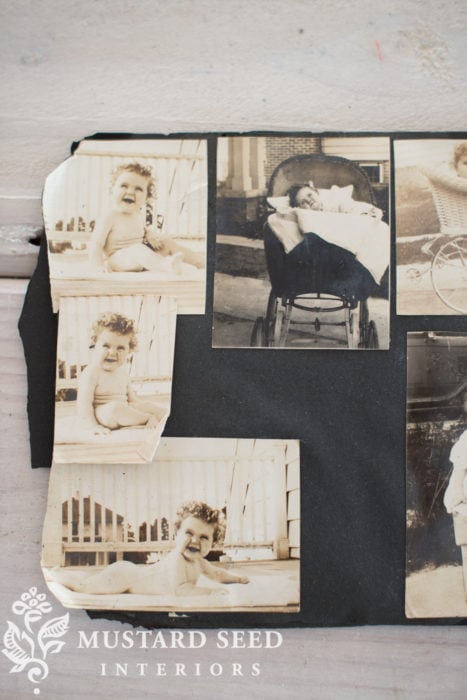 These pictures of my Oma (who I was named after) are so precious.  I can recognize her smile, even though I only knew her as an old woman.  Along with her name, I inherited her blue eyes and unruly curls. 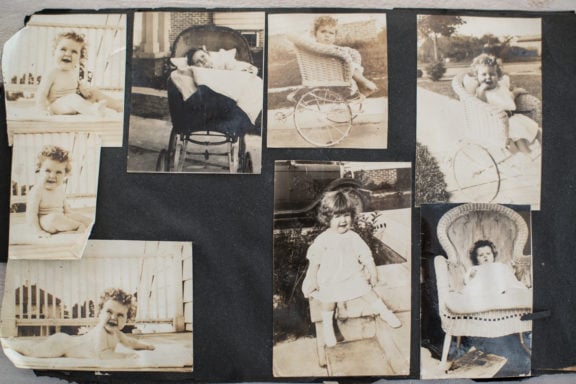 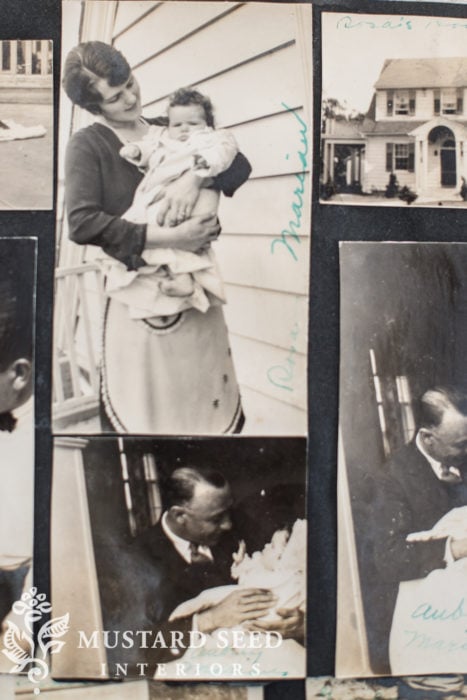 I selected my seven favorites snapshots and arranged them in a long and narrow frame I picked up from an antique store.  The smallest picture was 2″ x 2″, so I had to cut all of the windows in the mat to that size for the sake of uniformity. 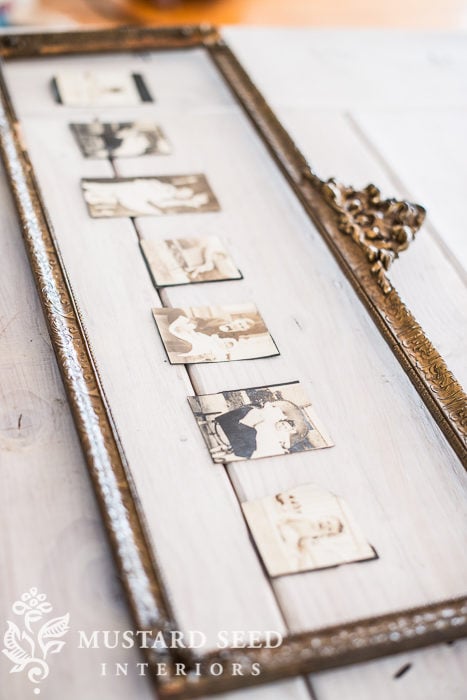 It took a bit of math to figure it all out, but, despite my deficiencies in that discipline, it looks beautiful. 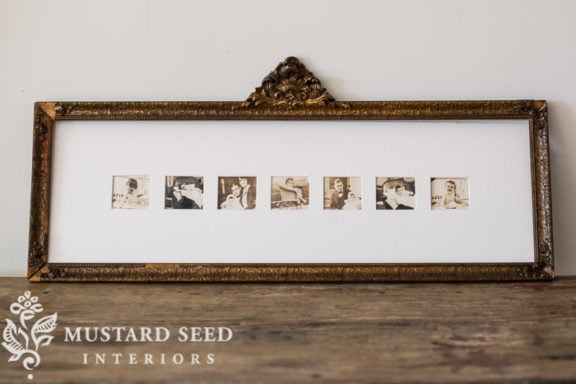 I need to have glass cut for it and several other frames, so I wrote down the dimensions and ordered them from the glass shop today. 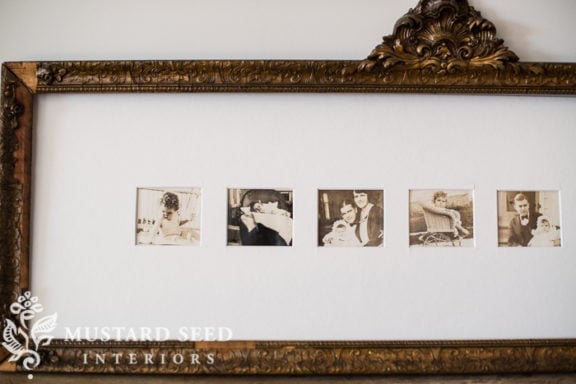 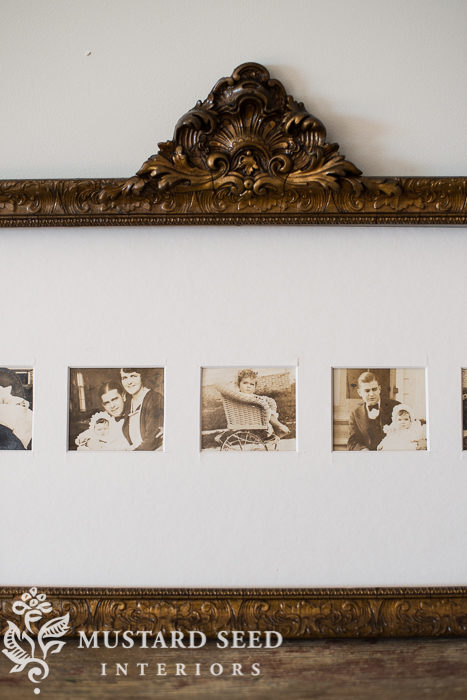 I labeled the back of the mat, so future generations know who the people are. 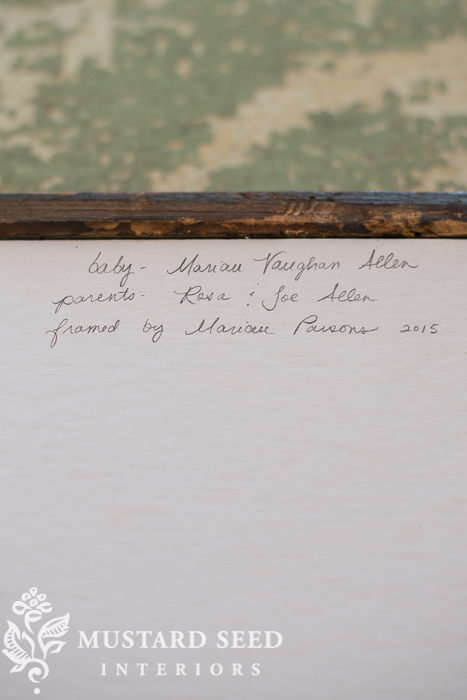 Most frames only cost a few dollars at thrift stores, yard sales and antique stores, the mat board is usually about $5.00 for a large sheet and the glass is just a few dollars per sheet, so I’m able to do all of this custom framing for about $5 – 15/each. 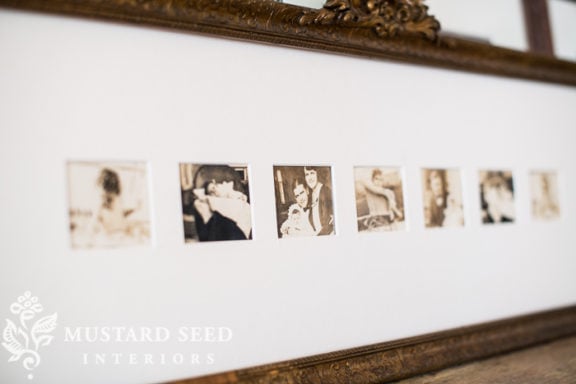 Cutting mats is tedious work, but I did get four other pictures done yesterday and seven more done today. 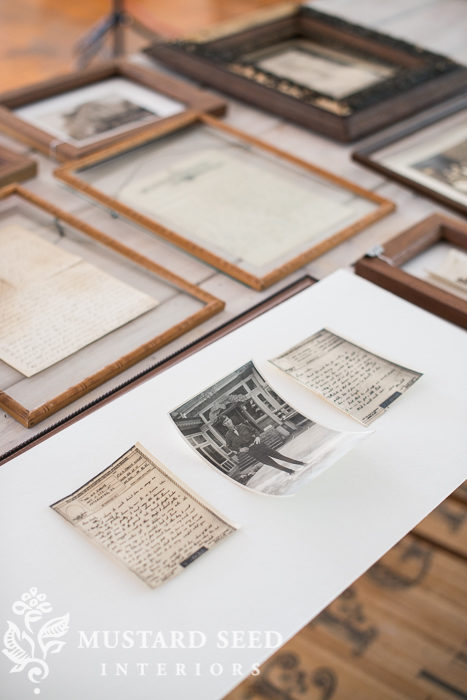 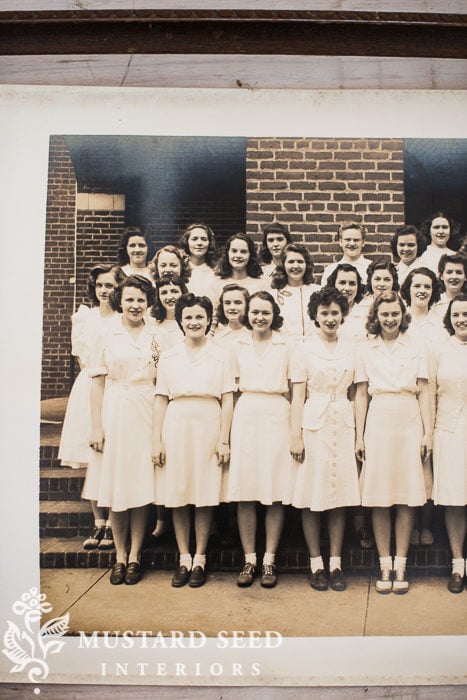 While it is tedious, it feels like important work.  It’s a part of keeping the history of our family; preserving it for others to remember.  As I poured over the pictures, I loved seeing my youngest son in the childhood face of my mother-in-law and my oldest boy in the wiry frame of my Opa, who he was named after.

Yeah, I also see where I get my thighs. 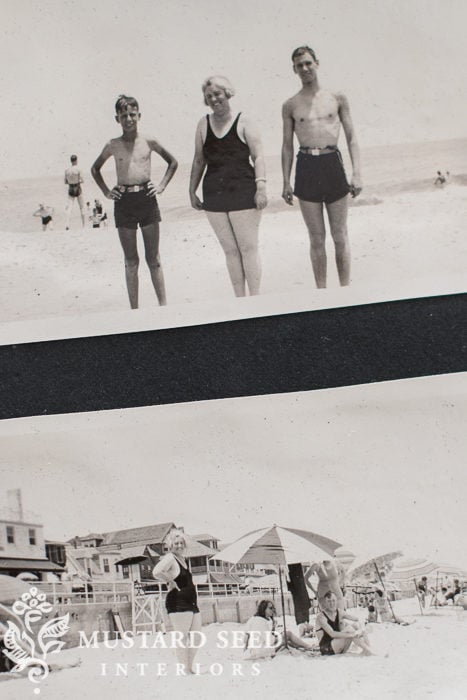 Thanks for those, Eppes.  You work it, girl.