I’ve shared before that rugs are my nemesis, but I feel like I’m finally getting a handle on what I like and what works with everything else happening in my space.  I had a plain jute rug under the table in the family room (off the kitchen), but we rolled it up and put it in the basement when we set up the Christmas tree.  It was fraying and the color just looked a little bland, so I didn’t put it back.  As we’ve been living without a rug for a while, I came to the conclusion that it would be much better with one.

But which rug?  hmmm…

So, I’ve just been waiting until the right option comes around.  I often troll Joss & Main to see if anything jumps out at me and a few days ago, something did. 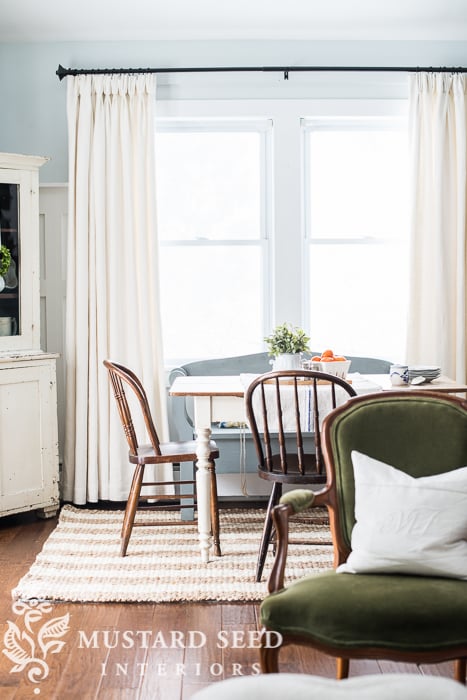 It’s a jute rug, so it works with the larger one I have under the seating area, but it has a checked pattern to it in natural and cream.  For me, this makes it interesting to the eye, but doesn’t compete or overwhelm.  And, to make it even sweeter, I was able to purchase it with referral credits I’ve been stocking up.  Jeff doesn’t even give me a funny look anymore when a rug shows up on the door step.  He steps over it and goes about his day until I pull him away to help me move furniture! 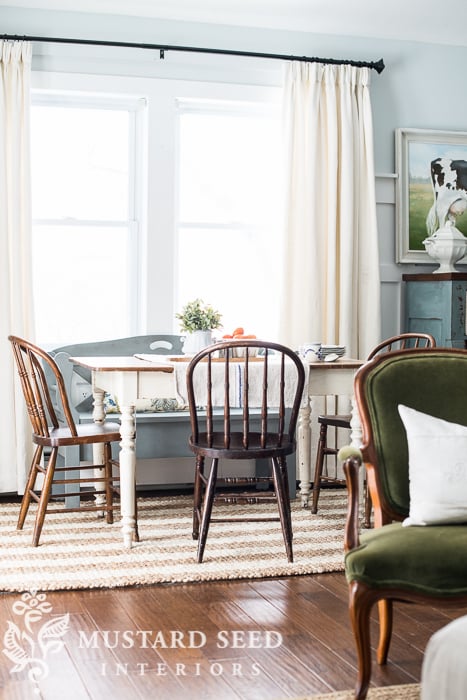 I also swapped out the chairs for some from the studio.  These have a more substantial back and work better visually.   These may get swapped out again, but I’m just trying something different. 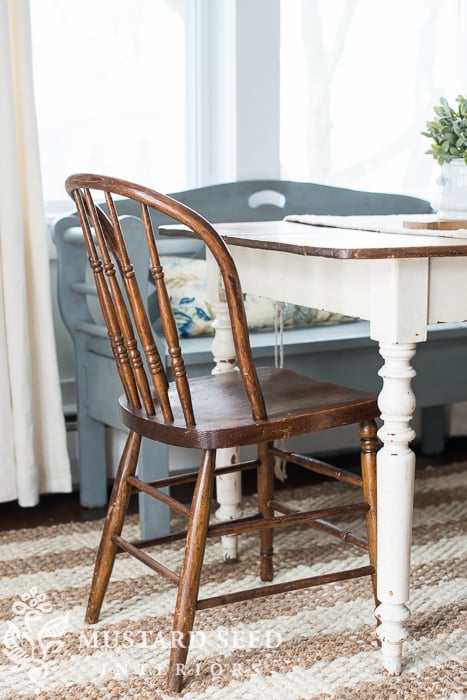 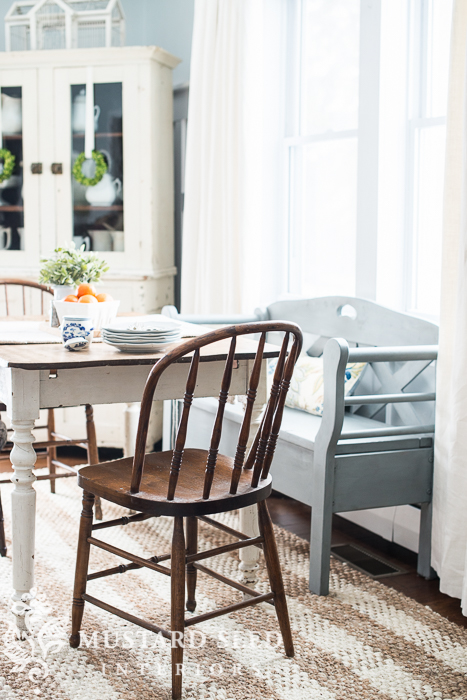 Yes, the rug is going to get spilled on and will be a crumb-catcher, but I’d rather abuse an inexpensive rug than the floors.  It also camouflages the inevitable mess a bit! 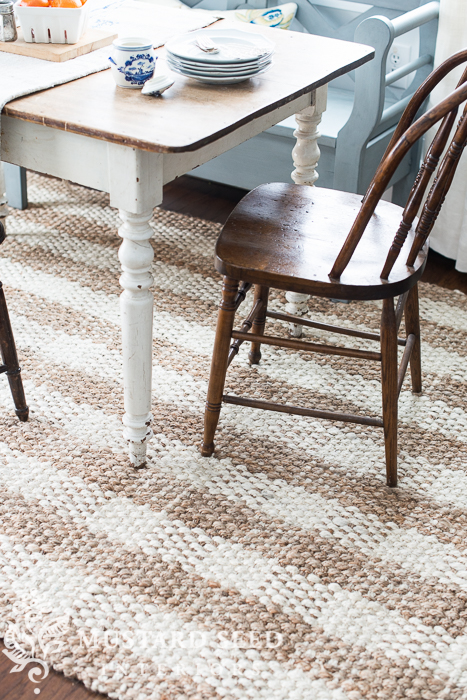 A Lego battle was raging just to the left of this picture.  I had to kick a couple of heads out of the frame.  Just an FYI. 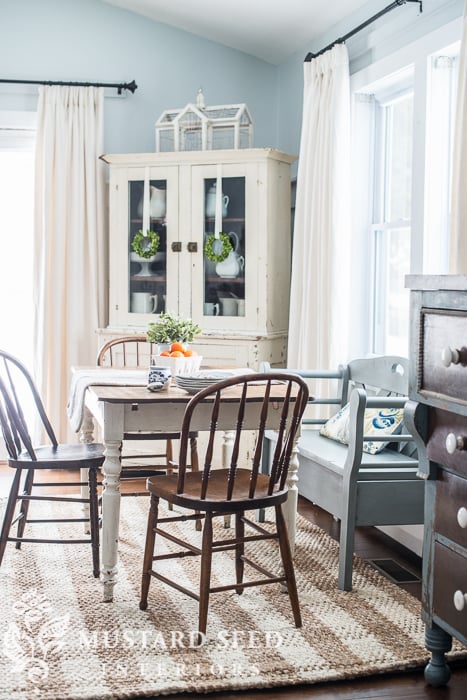 Usually the table is bare, but I dressed it up a little for some the pictures, which is always fun for me. 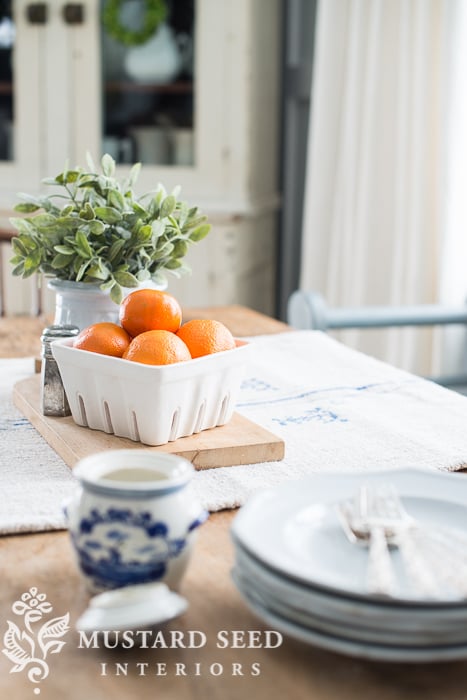 On Saturday, we had about 8″ of snow, so the table became a part of a Nerf gun firing range for the boys shortly after these pictures were taken.  You do what you have to do when you have boys inside all day!