I have been patiently waiting until my Annabelle hydrangeas were just right, so I could cut off the blooms and dry them.  I did this last year and I have been so pleased with how long the dried flowers have lasted!  I cut them almost a year ago and they still make a nice bouquet.

I waited until the blooms turned pale green and were a bit dry to the touch.  They don’t feel completely crispy, but they are not as soft as they were when they were white and freshly bloomed. 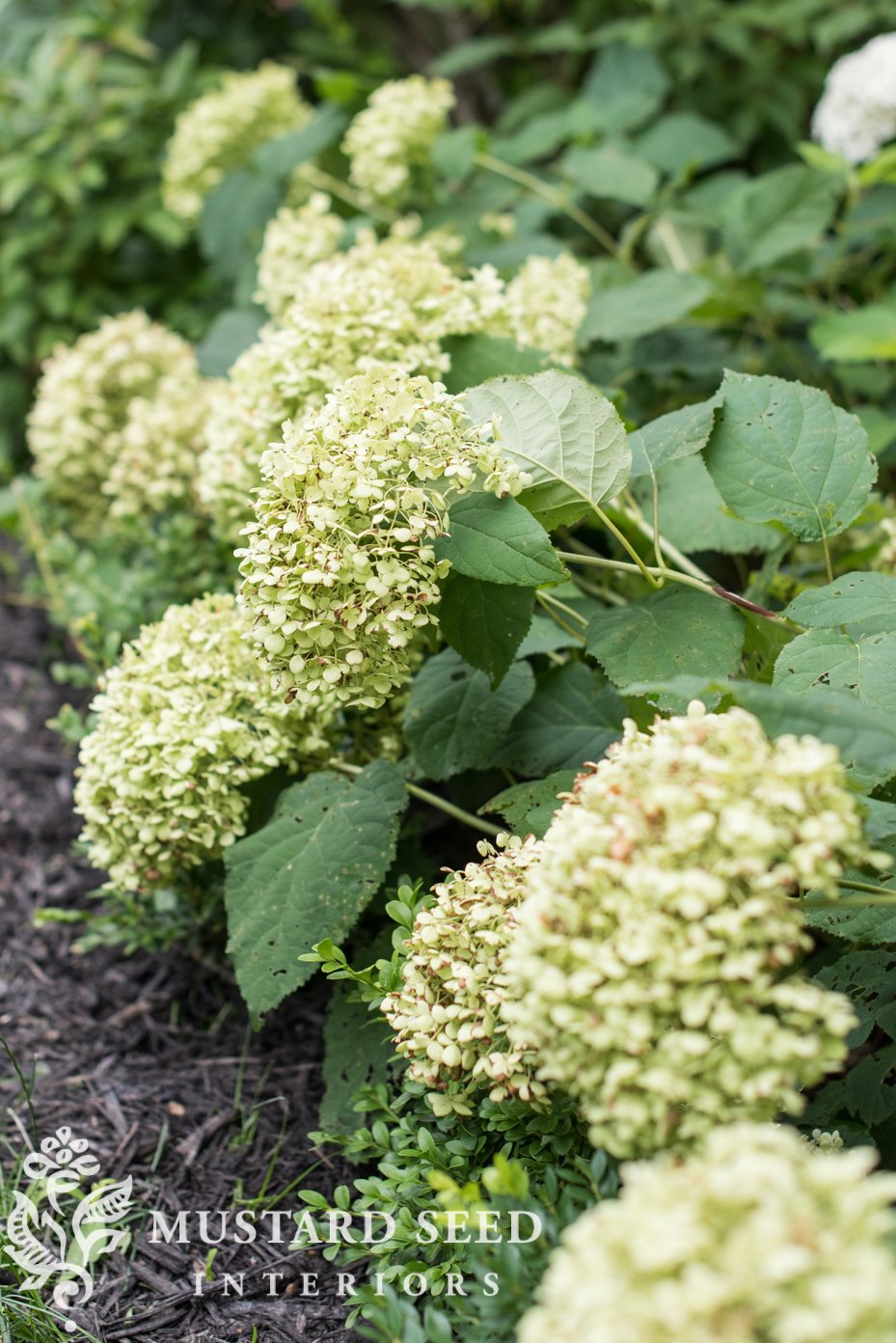 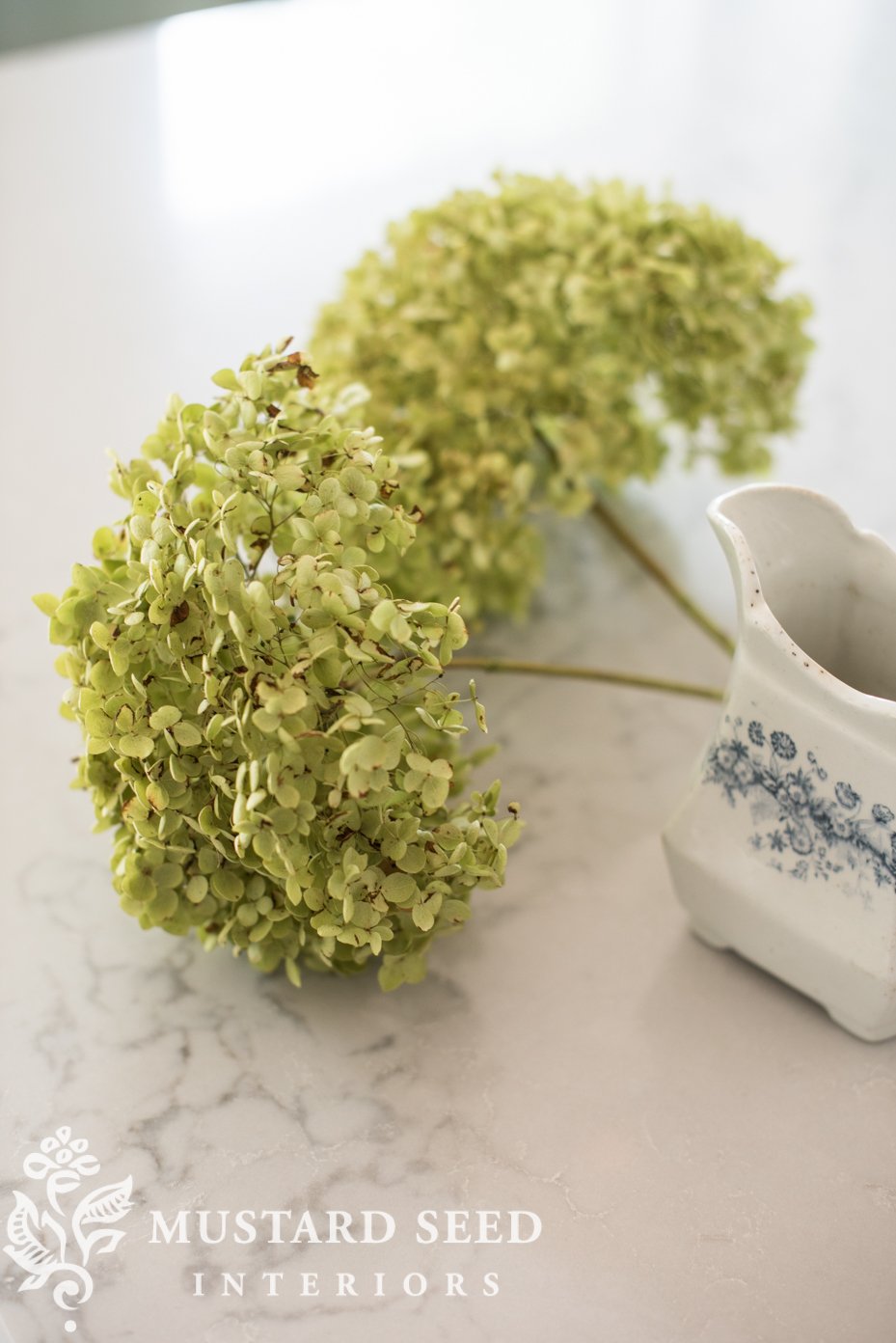 Remove all of the leaves from the stems.  These just shrivel up and don’t add anything to the dried flowers.  Cut the hydrangea stems to the desired length. 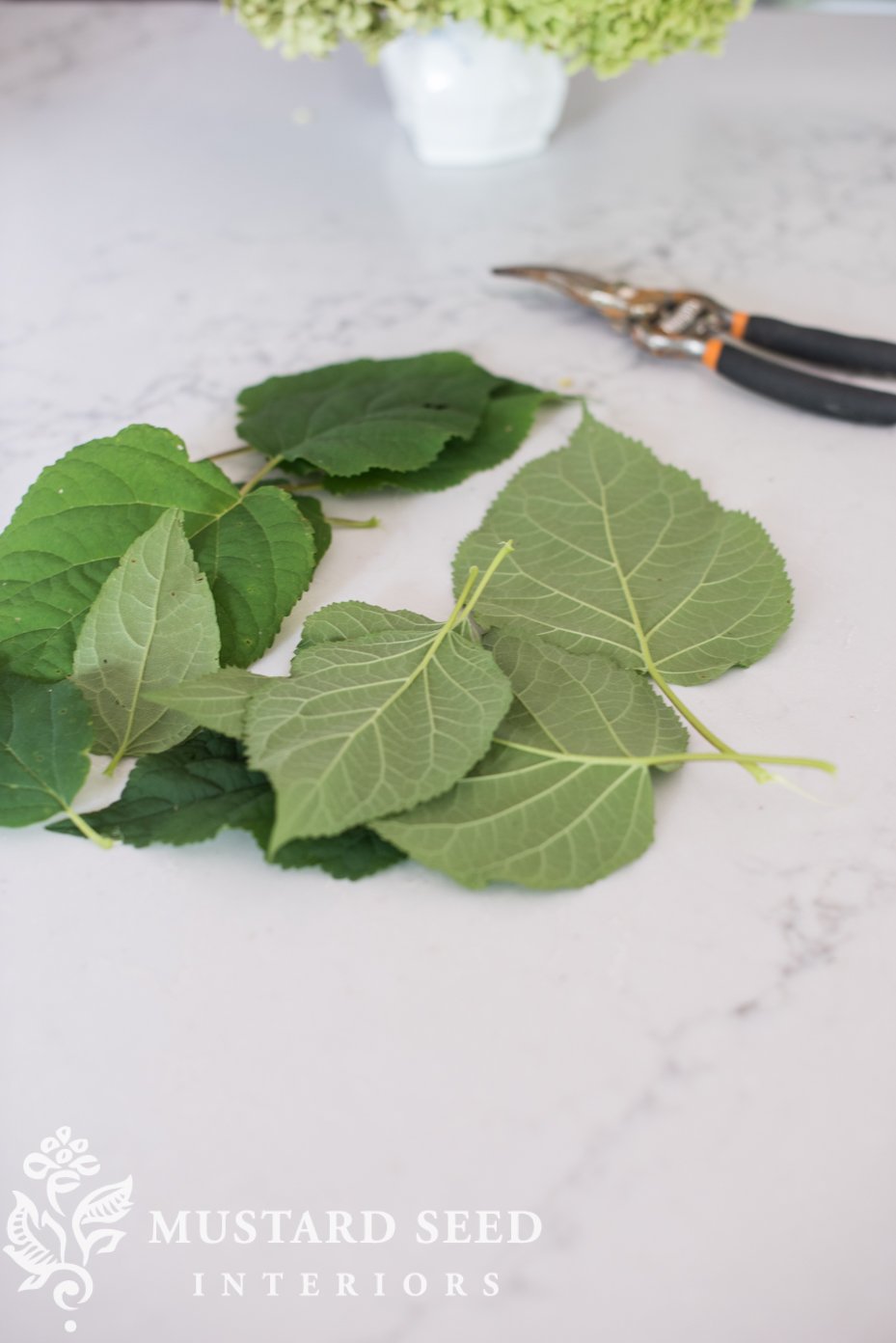 It’s going to feel strange, but arrange the flowers in a vase without water.  And that’s it!  Just leave them alone to let them dry. 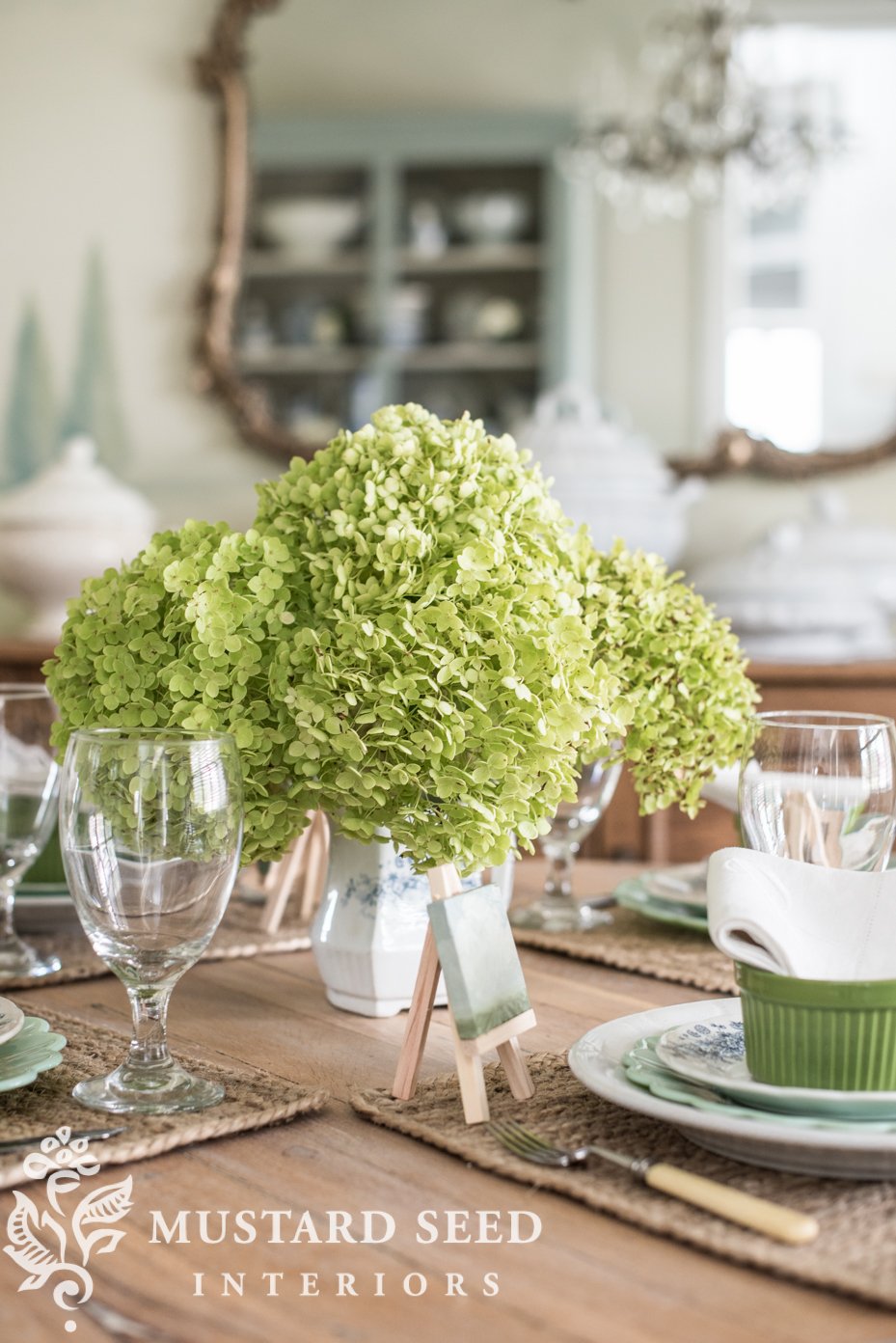 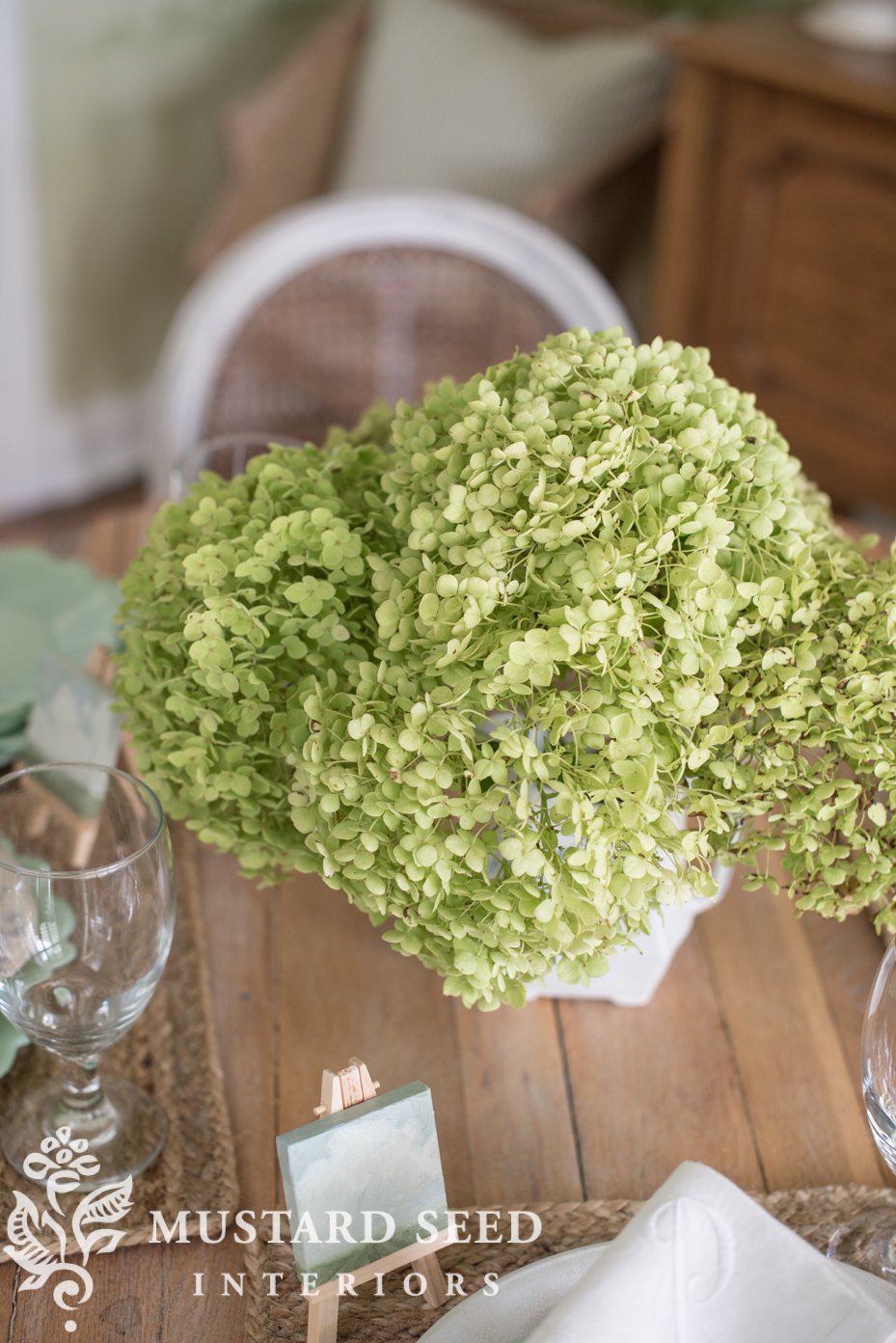 The key to the flowers lasting a long time is not touching them!  Just put them somewhere and, as much as you can, leave them alone.  The more they are handled, the more they will shed.

I bought Annabelle hydrangea bushes to plant last year mainly because they were on sale and have a good reputation for blooming reliably.  I didn’t know the blooms dried so nicely, so that ended up being the cherry on top!

22 Comments on “how to dry annabelle hydrangeas”