how my business began | part 4 | finding my niche

My business was only a few weeks old and, after a craft show failure, I found a shop willing to sell my hand painted ornaments and, even more exciting than that, the owner was willing to accept my painted furniture and antiques on consignment.

It was the first opportunity I had at a somewhat steady income stream.

I decided to take the “shotgun approach” and scoured my house for anything and everything that someone might want to buy.  I had a lot of things found over the years at yard sales, antique stores, thrift stores, my Opa’s attic and a few things that were passed along to me for free as well.  It was time to turn all of that squirreled-away stuff into much-needed cash.

In addition to scrounging for things I could tag and put right into the store, I painted a few pieces of furniture that had been hanging out in my basement.  I brought it all over to the shop in a pretty sizable van load, and I realized I may have overstepped the invitation.  I sheepishly showed the owner, Denise, everything I had to unload.

She didn’t sigh or grimace or purse her lips.  She grabbed something and started carrying it in and I followed suit.  She rearranged and styled and made it all work.

I stopped by the shop a few times that first month to see how things were selling.  Denise would give me reports on some of the little things, but it was hard to see the big picture, to see if this was going to work.  None of the furniture had sold, though, which was a disappointment to me.

At the end of the month, I received my first statement and check.  I sold a ton of the costume jewelry and a lot of the little random things I cleaned out of my closets and cabinets.  It was enough to help us out personally and to give me a tiny bit of capital.  We’re talking $50, but that was something in the bank!

Fast forward to May when we had our first sidewalk sale during graduation/Alumni weekend at Gettysburg College, which meant there were a lot of people visiting from out of town.

I sat outside the shop, surrounded by some of my painted pieces, and worked on painting a barn on canvas. 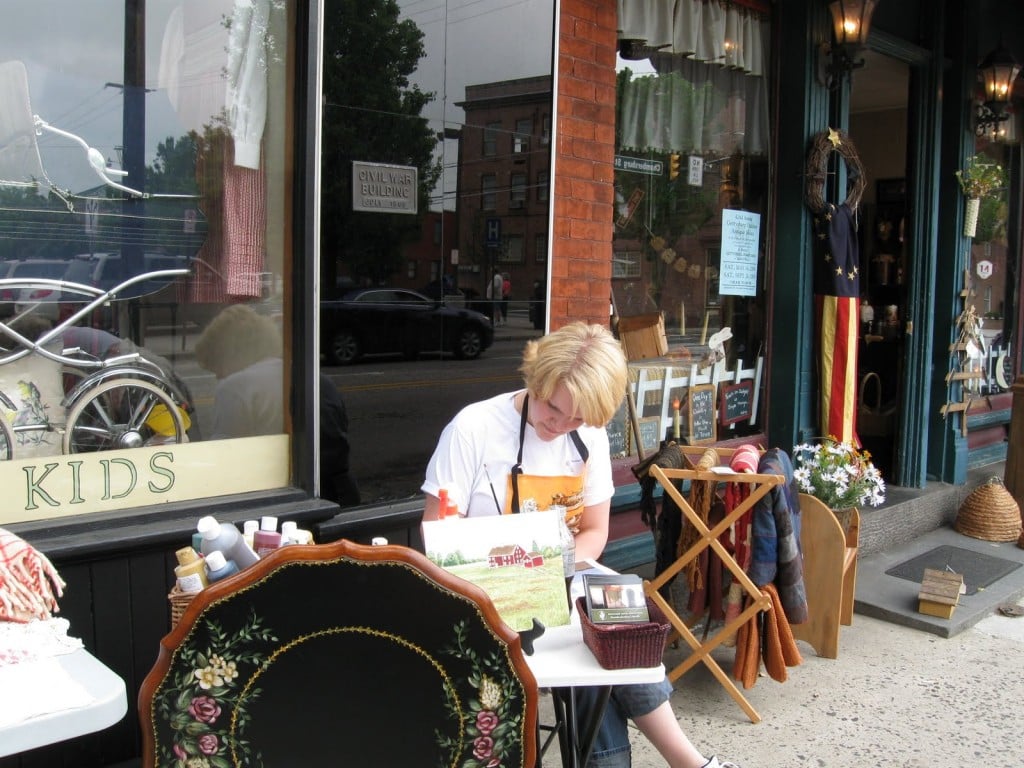 Now, I’m not a canvas artist, but this was when I was learning that!  I sold all of my other paintings at auction, but my mom kept the one I was working on that day…

This is a painting I did when I first started my business. I sold the rest at an auction, but my mom saved this one…

I was pretty absorbed in painting and talking to passersby, but I did notice a couple of my pieces of furniture being carried out.  Some of it was finally selling!!

At the end of the day, I found out almost all of my hand painted furniture sold.  I think we had one piece left.

Here are some of the pieces that sold… 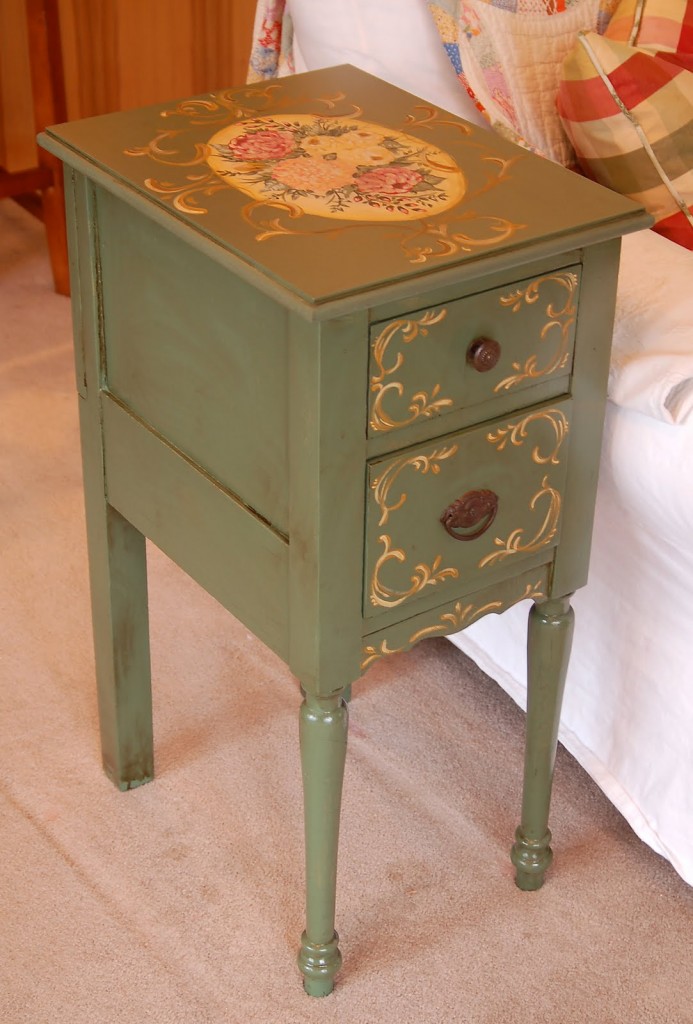 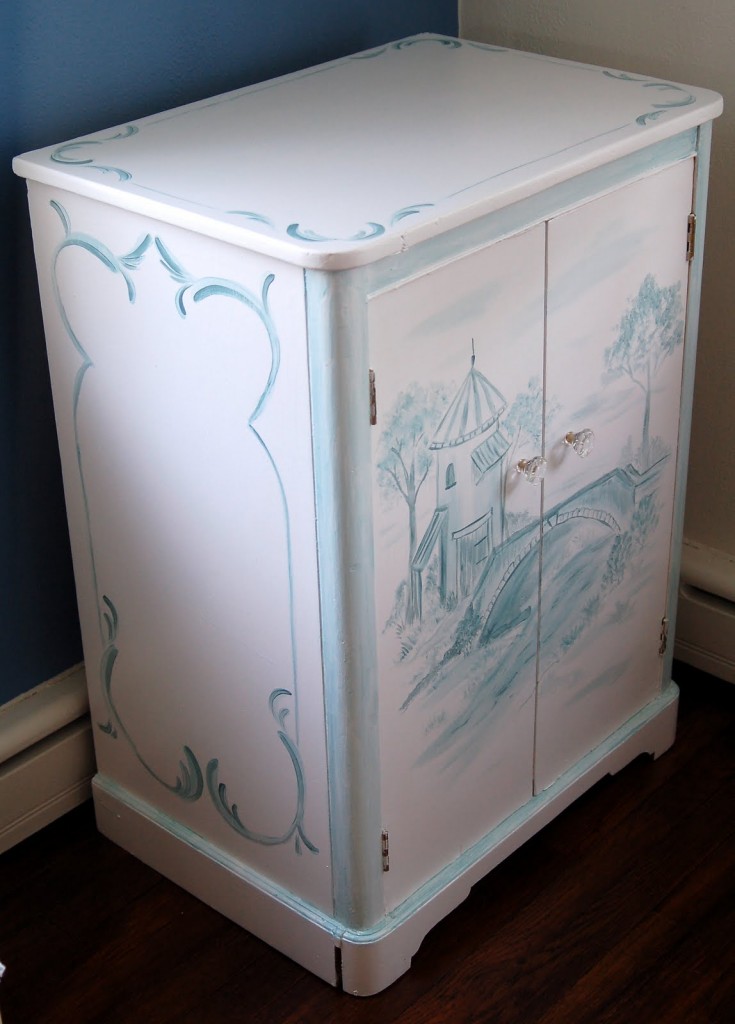 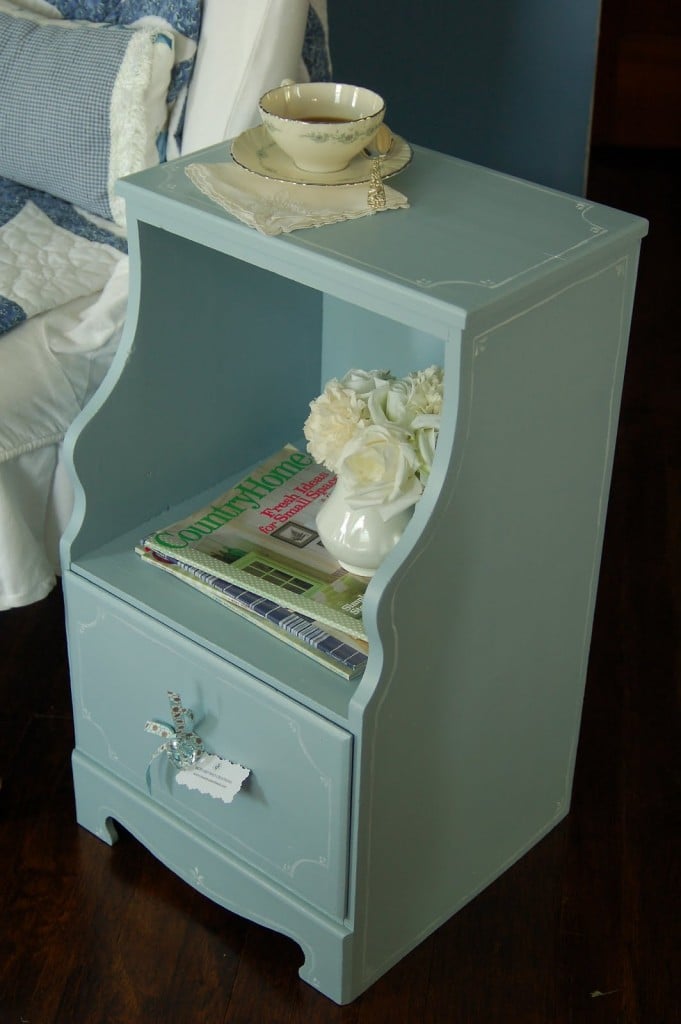 It was that day that painting furniture transitioned from the thing I enjoyed doing the most to the thing that was most profitable.

That was the day I found my niche.

That month, I got my first gross paycheck that was over $1000.

And, to someone who was hoping to just make $200/month with this little business, it felt like a million bucks.

I started shopping for furniture like a hawk.  I would scour the local yard sale listings for antiques and furniture.  I would troll Craig’s List everyday (and this was before the thumbnail previews!)  I would take just about any piece of furniture someone would pass along to me, so I could paint and sell it.  The max I would spend on a piece was $50 and I would angst even over that price…even for a nice piece. 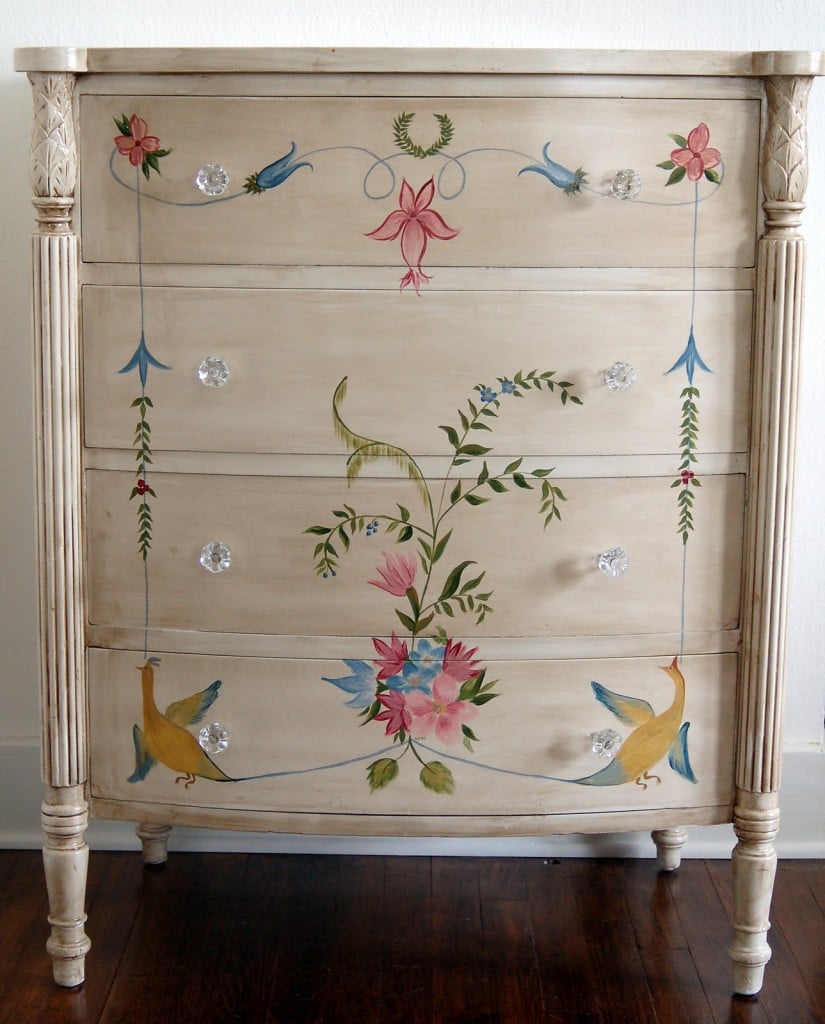 (That dresser is still one of my favorites.) 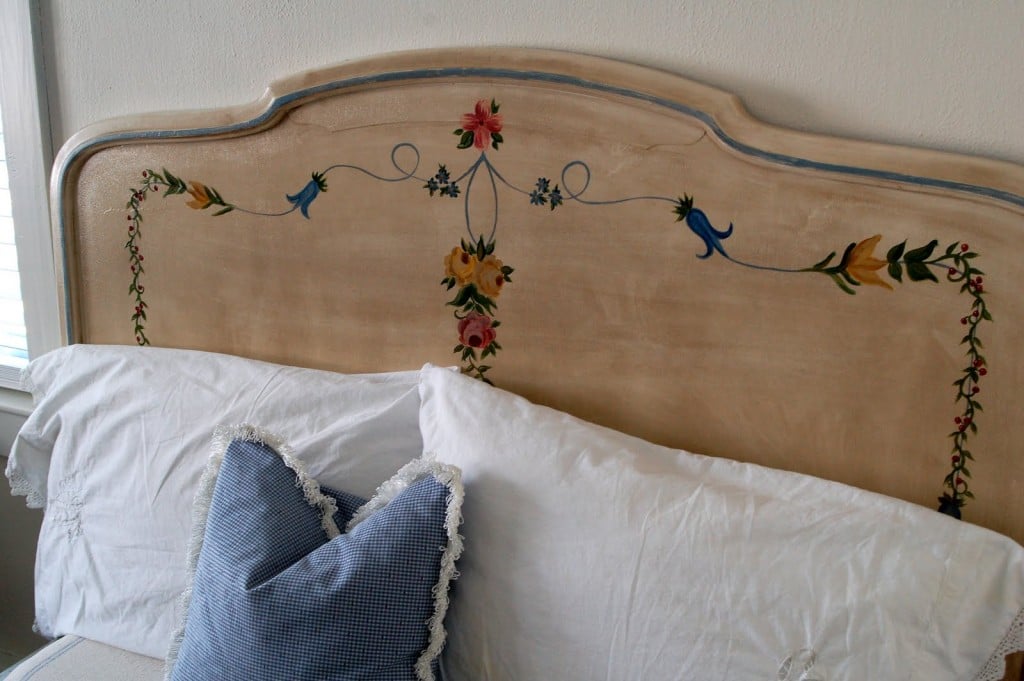 (And I painted a headboard I purchased at an auction for $1.00 to match it.  This was styled in my dining room with a bench in front of it with pillows on top!)

I also starting taking on more custom work, like this antique kidney-shaped desk… 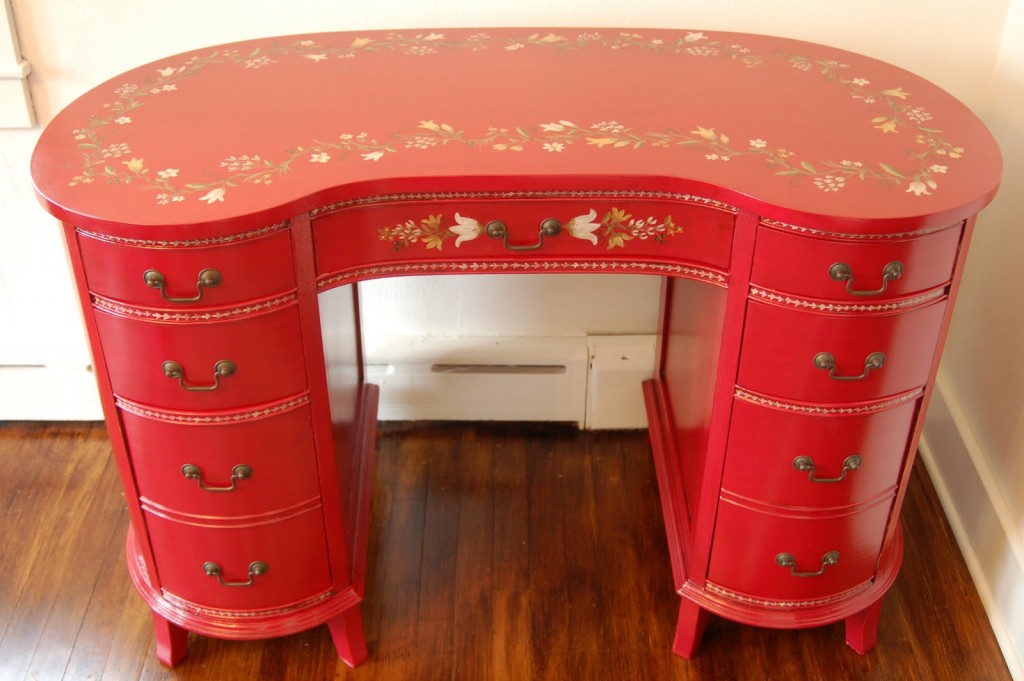 I bought a paint sprayer, so my finishes could be more professional.  I played around with new paints, finishes and topcoats to improve the quality and durability of my pieces.

And then, I signed us up for our first antique fair – The Old Lucketts Fair in August.  That fair is not the antique market I sell at now in May, but mostly a craft fair with a few antique vendors.  I had attended the fair in previous years as a shopper (once when I was in middle school), so it was a special thing for me to be there as a vendor. 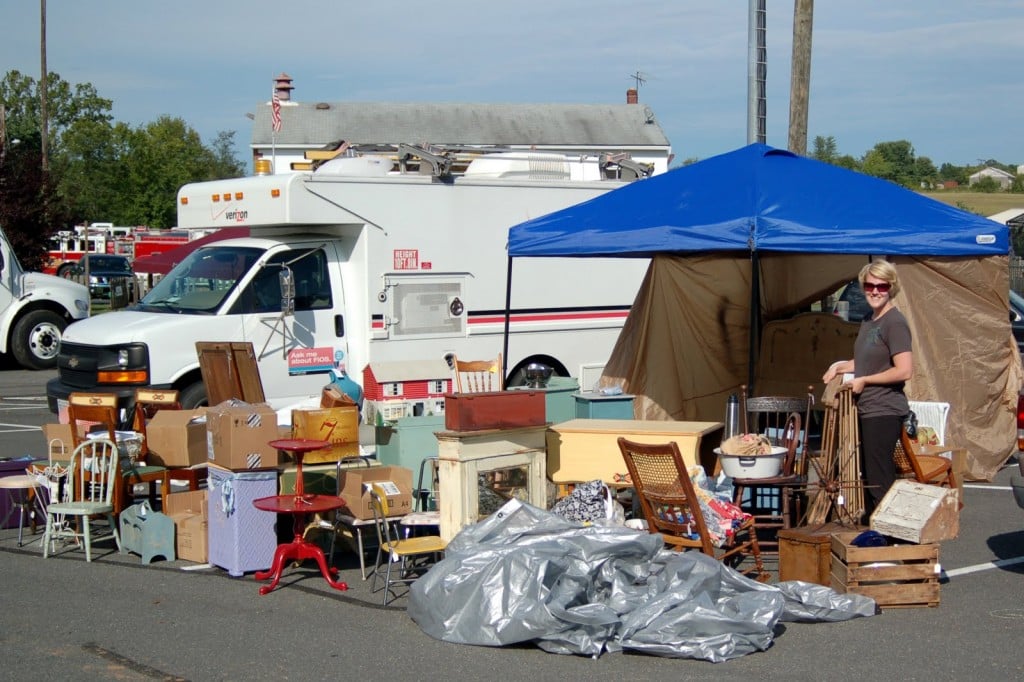 It was the first time I was really an “antique dealer”, so I felt pretty intimidated, but I was excited and open to learning from the experience.  My goal was to gross $1000 and to promote a brand new thing I was testing out for my business… 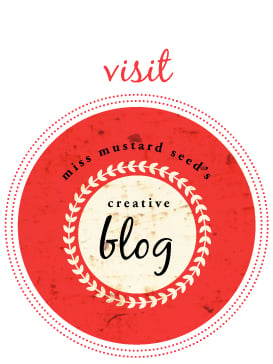 You can read my very first blog post EVER in August of 2009, just a week before the Lucketts Fair. 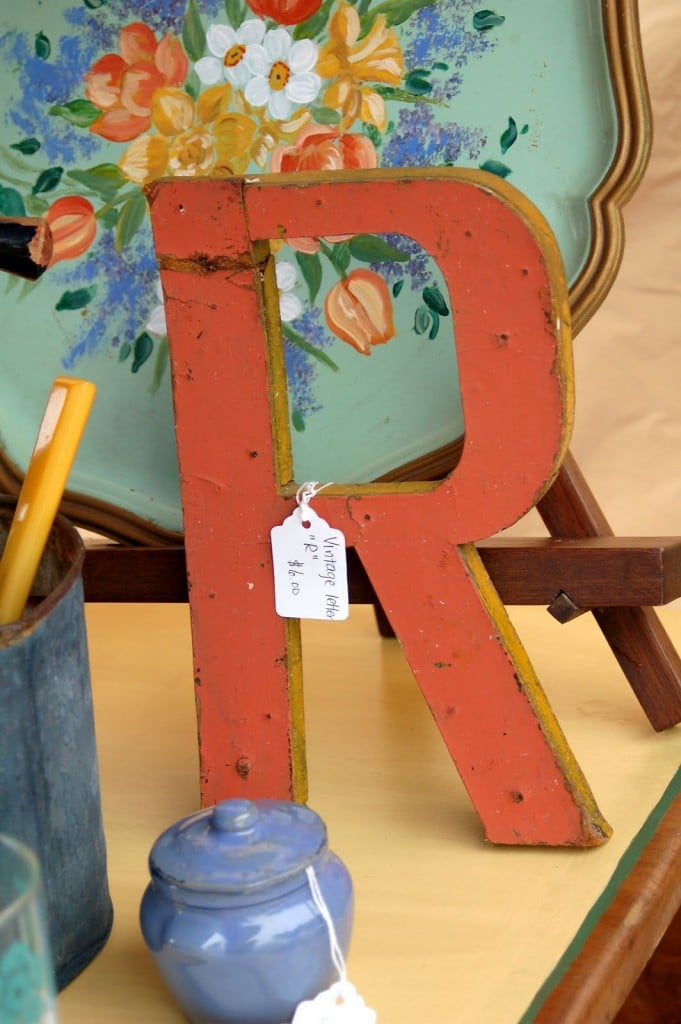 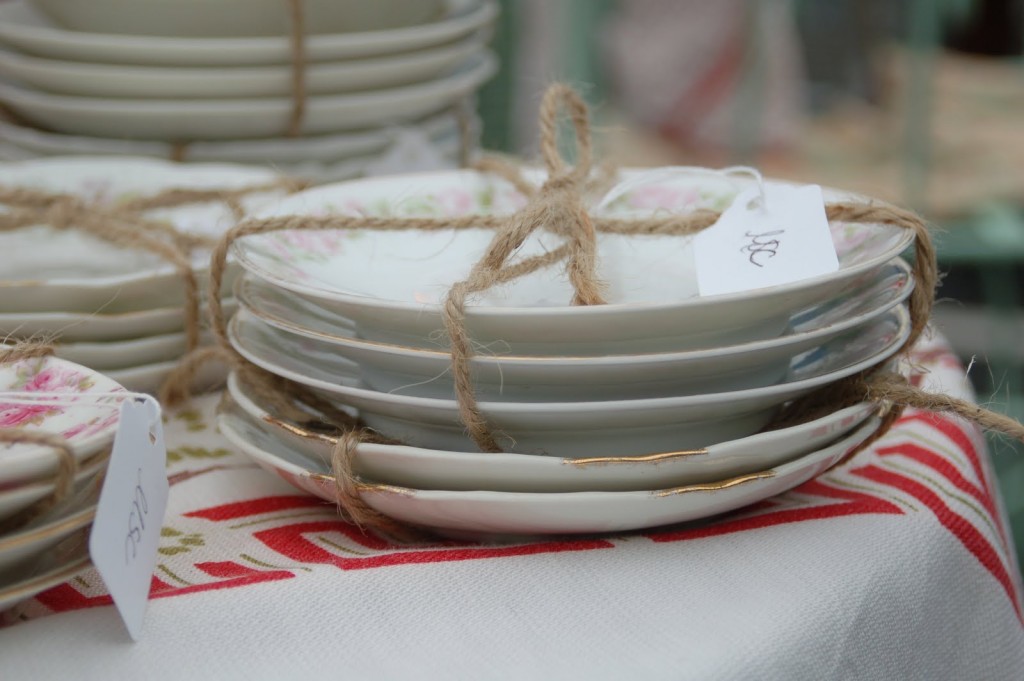 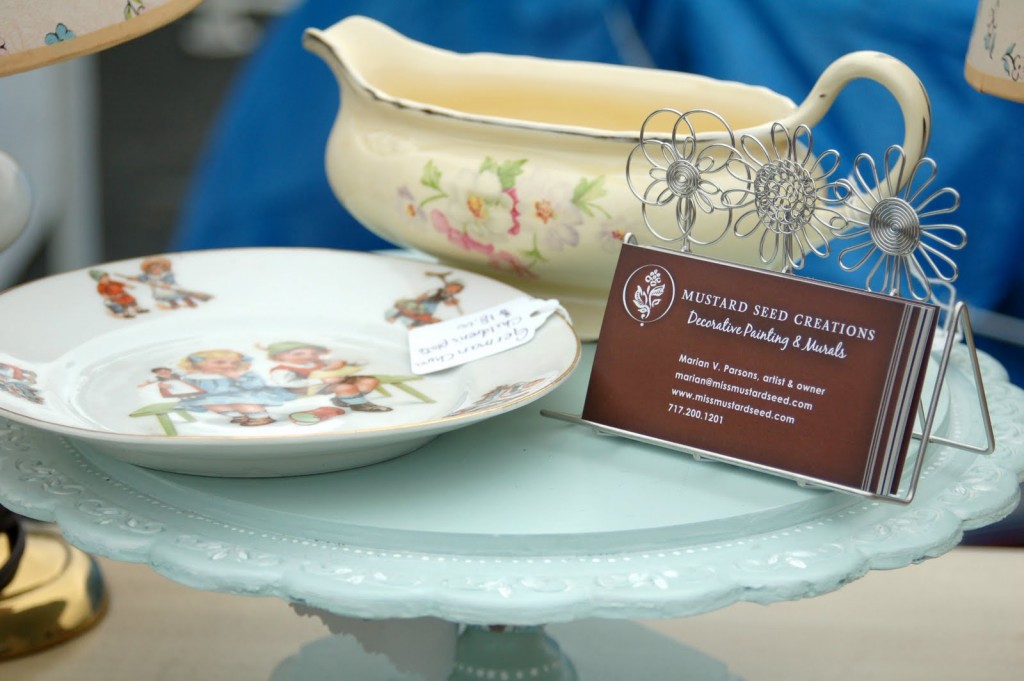 I met my $1000 goal when a vendor swooped in as I was packing up and spent a couple hundred dollars on a group of items.  I was thrilled with that number and I knew Lucketts was a good venue for my look.  The things I really loved are the things that sold and that confirmed that I needed to trust my instincts and refine my style.

It was also great for me to see what was selling like hotcakes over at the Lucketts Store.  I considered asking how to become a vendor there, but that seemed way to crazy and I felt like a nobody.  So, I didn’t ask.  I just looked around for inspiration and soaked it in.

My furniture started selling better and my blog began gaining some traction. 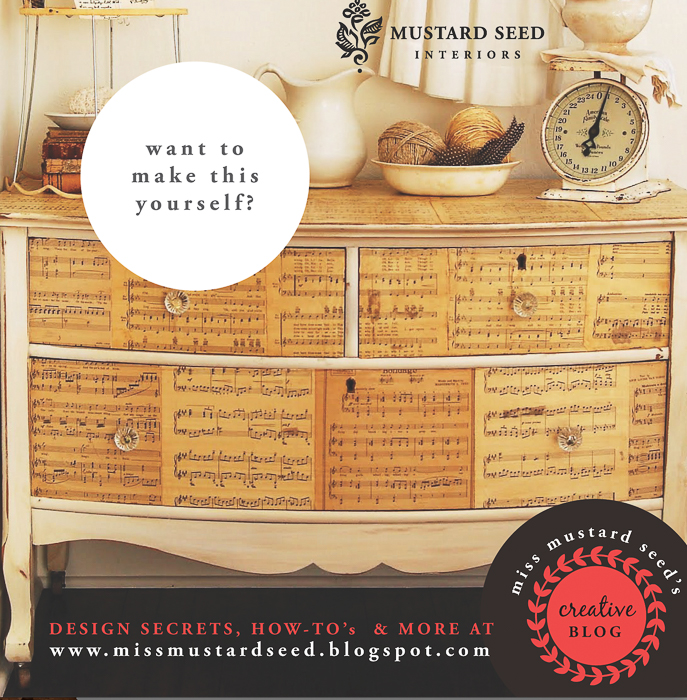 My furniture was selling so well, in fact, that in October of that year, Denise decided to relocate the shop to a larger storefront to accommodate more of my furniture.  I also opened an Etsy shop to try to expand my audience. 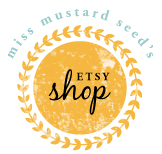 I had the feeling that downtown Gettysburg shoppers didn’t always “get” the things I made to sell, like the sheet music wreaths. 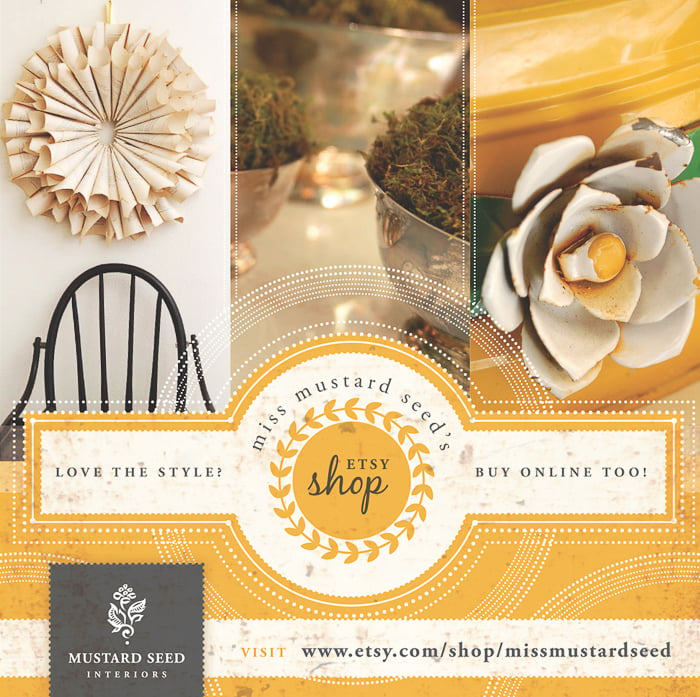 I wasn’t making crazy amounts of money, but I hit my $200/month net income goal most of the time and had enough to reinvest in the business.  My blog was basically a glorified hobby, since I didn’t make any money off of it, but I was growing a small following and it felt like it was worth the time.

We signed up to be vendors at the Lucketts Spring Market that May and I hit my gross sales goal again, despite torrential downpours most of the weekend.

One day shortly after the market, when I was at the shop, fluffing and adding new inventory, Denise told me she had decided to not renew her lease and was going to close the store.

It was like a punch to the gut.  Not from her.  I didn’t blame her at all!  She had good reasons for moving on and I was really glad for her.  It just took me a minute to catch my breath.  What would I do?!  Almost all of my income at that point was coming from retail sales and custom work.  And now I was losing the space I sold out of.

I started to panic.

What I didn’t know, yet, is that this was the turning point.

PS – The Parsons West brushes are back in stock!  You can get yours HERE… 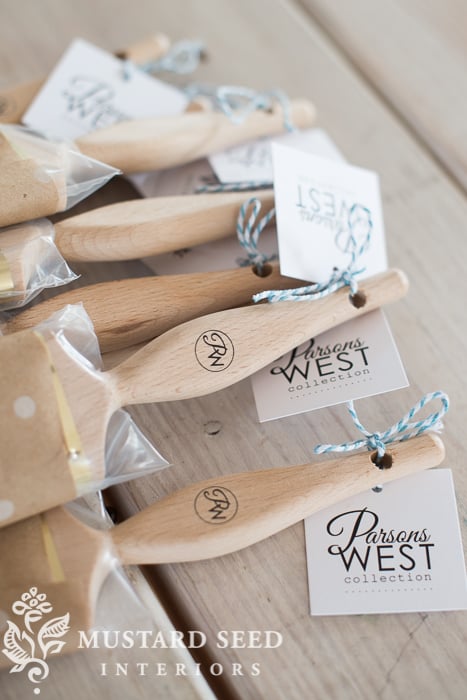