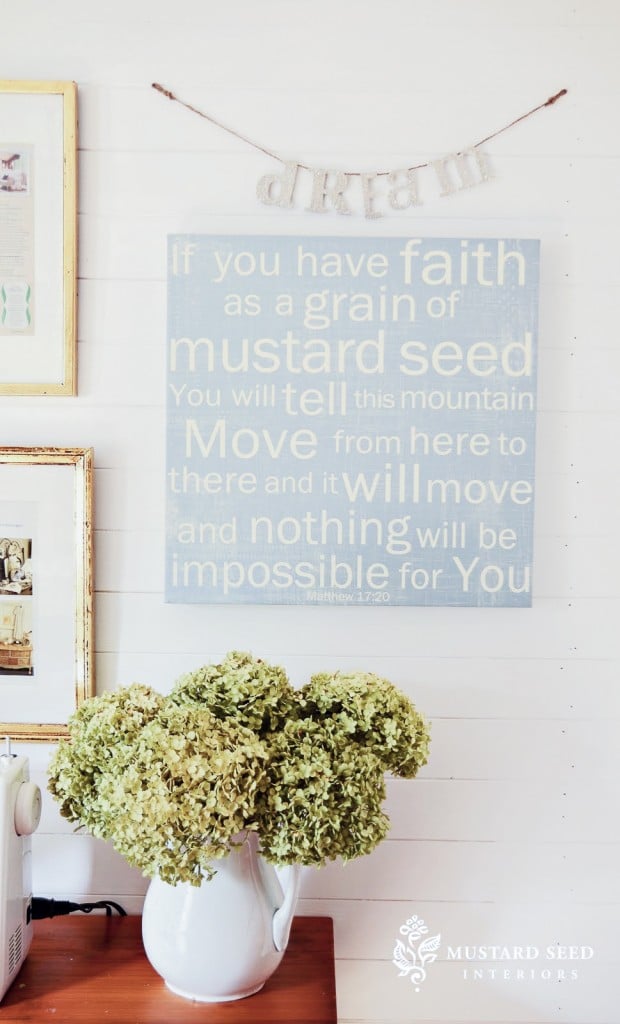 If you missed part 1, read that first HERE.

…so, I had made the decision to join the ranks of the “mom-prenuers.”  My mind was fixed on it and I felt a strong pull in that direction.

(Jeff said that he will write a post sharing his perspective of things, but for now, I’ll say that he was supportive of me, but he didn’t think it would work at all.  Of course, he didn’t say that at the time.  He gave me the go-get-em-hon attitude and let me pursue it.)

The first thing I needed was a name.

I wanted a name that was meaningful, memorable, unique and not restrictive.  Some of the names that were kicked around among my friends and family…

MVP Designs (for my initials, but I thought it sounded like a sports-themed business)

Widow’s Mite Designs (Another biblical reference.  I loved the idea of “giving everything you have”, but the reference was obscure and probably confusing and it doesn’t quite have a “ring” to it.)

Nothing was sitting right.  None of it felt like “me”.  I stayed up late, looking for inspiration in dictionaries, magazines, memories, songs…anything that might spark a name.

After several days, I was getting discouraged.  How can I get this business off the ground if I can’t even think of a name?

One late night, when the house was quiet, I was sitting at our desk in the home office with a blank notebook page in front of me.  It just hit me…Mustard Seed.  Mustard Seed Creations.  I wrote it down on the blank piece of paper and circled it. 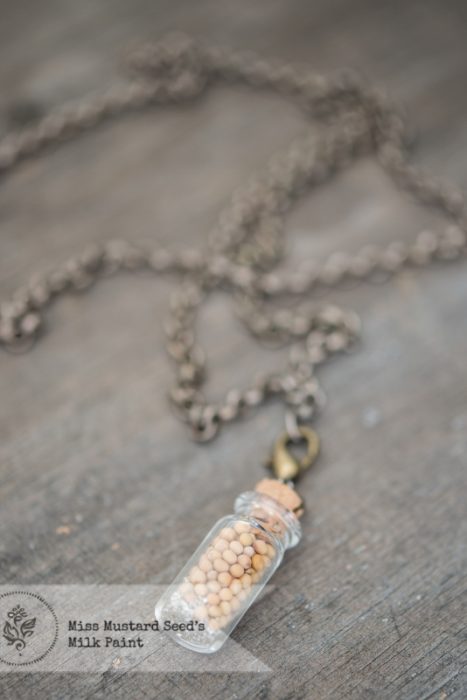 (A reader gave me this necklace and it’s one of my favorites.  It’s a small corked bottle filled with mustard seeds and German glass glitter.)

I crept into the bedroom to grab the Bible out of my nightstand to see if I could find the verse that referenced having faith the size of a mustard seed.  Those of you who believe in Providence won’t be surprised at all that the book fell open to the verse in Luke (there’s another one in Matthew).  I was so excited, I was shaking.  You know when you know?  I just knew.  That was the name. 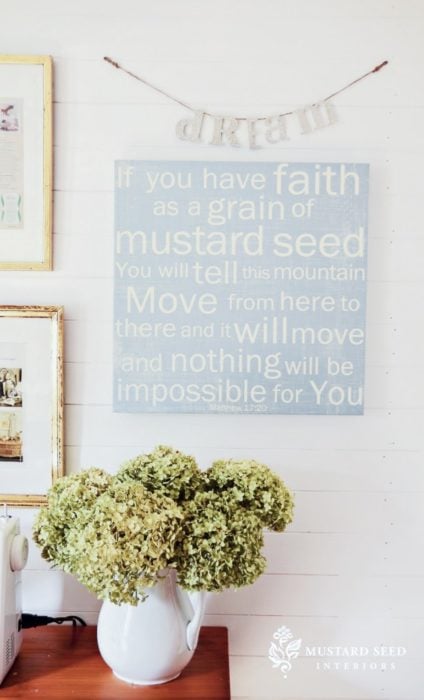 I remember nudging Jeff and sharing my epiphany with him.  He wasn’t as sold on the name as I was, but I was confident.  This is a huge step of faith and I want to always remember that.  This name is a constant reminder.  Little is much when God is in it.

I did have one problem, though.  The domain www.mustardseedcreations.com wasn’t available.  It belonged to someone in Texas who painted tiles.  So, I started thinking of combinations I could create from the name that would work for a domain…  mscreations.com, mustseecreations.com and so on.  I was pretty sold on mustseecreations.com, because it was an abbreviation of the name and it meant my creations were a “must see”.

I called my brother to talk about domains.  He was going to house my website on his server and he’s been through the domain-buying process when he created the website for his recording studio, among other things.  He’s just tech savvy.  So, I reviewed the ones I was considering.  As I was running through the list, I heard him typing.  He interrupted me.  “What about www.mms2.wpengine.com?  That’s available.”

Crickets.  I didn’t get it.  Who is Miss Mustard Seed?  Would that be ME?  I immediately and vividly imagined Miss Mustard Seed as a squat cartoon gardener in a straw hat holding a sunflower.  “I don’t really like that.”

“No, it’s great.  It makes your business personal.  It tells your customers this is a one woman show.”

Okay, I could see his point.  I didn’t love it, but I felt like it was the best option, so I went onto GoDaddy and bought the domain www.mms2.wpengine.com.

I made it official when I registered the fictitious name, Mustard Seed Creations, with the commonwealth of PA. 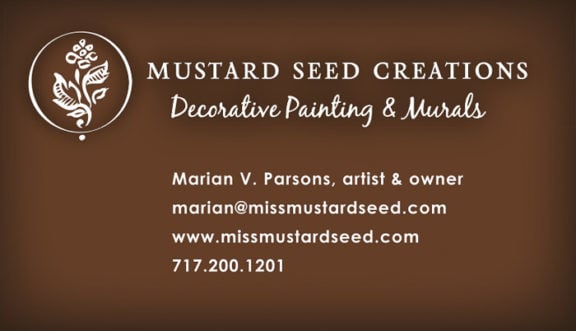 How I came to be known as Miss Mustard Seed…that’s another story.