Disclosure:  This post is sponsored by Wikibuy.  All opinions expressed in this post are honest and my own.

I shared about Wikibuy a few weeks ago and have continued to use it while shopping online (which I’m doing a lot more these days!)  I say “use it”, but I really don’t have to do anything.  I simply shop and, when I’m checking out, the friendly Wikibuy box will pop into the top right corner automatically and let me know if there are coupon codes to try or if Wikibuy Credits are available with the purchase.

I am generally an online shopper, anyway.  It was a habit that was started when we moved to a two-stoplight town in PA that was 30-40 minutes from most stores.  But I’ve learned that it’s a quicker way to find exactly when I’m looking for.   And these days, we’re ordering almost everything online, even things we would generally buy locally, just to reduce the amount of time we need to spend in stores.  We have made a few limited outings, but we’re trying to purchase everything we can online or buy it locally and have it delivered.

It’s been a little trickier as we’ve been working on our yard!  We’ve made a few outings to get plants and such, but I’ve been able to purchase most of the materials and tools we’ve used online.  Here are some of my favorites…

Our power washer broke last year, so we knew we would need to buy a new one this spring.  There were several things that needed a good cleaning including the patio under the deck and the lattice under my studio.  We ended up getting the Karcher Power Washer… 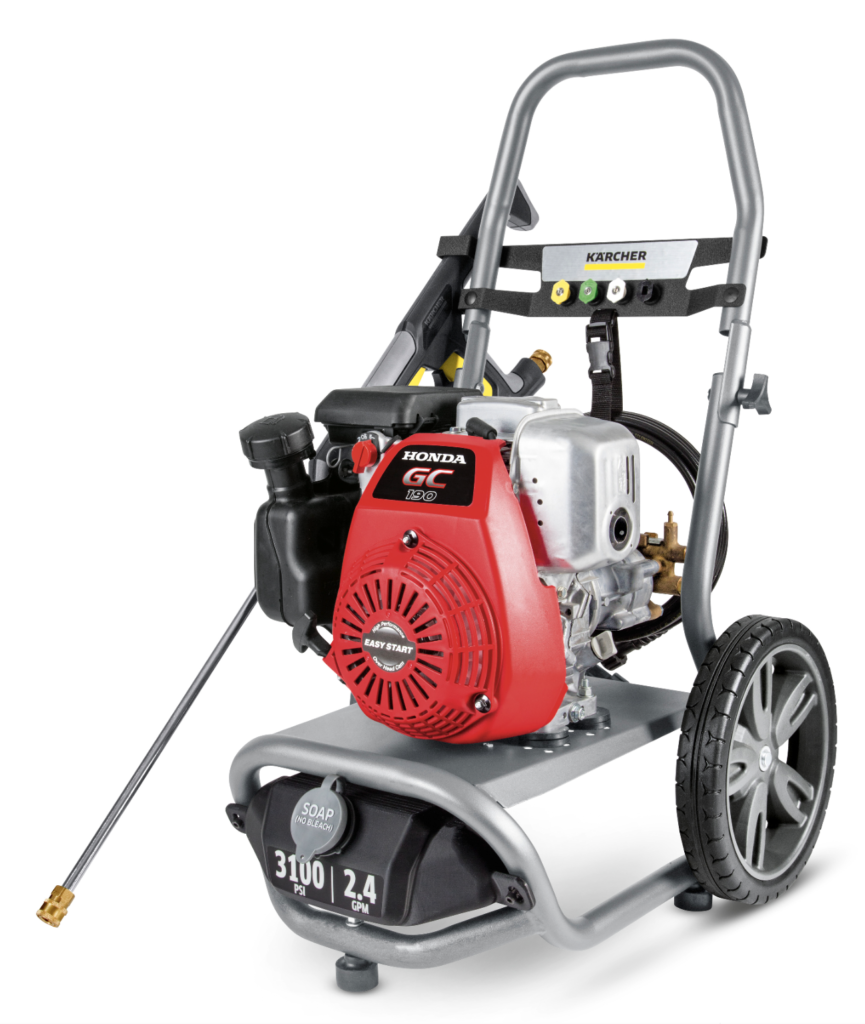 Jeff put it all together and got it up and running for me and then I decided to “try it out just to get a feel for it” one morning.  Well, it was so satisfying that I ended up completing a job that I was going to put on Marshall’s chore list!  Here is how the lattice looked before… 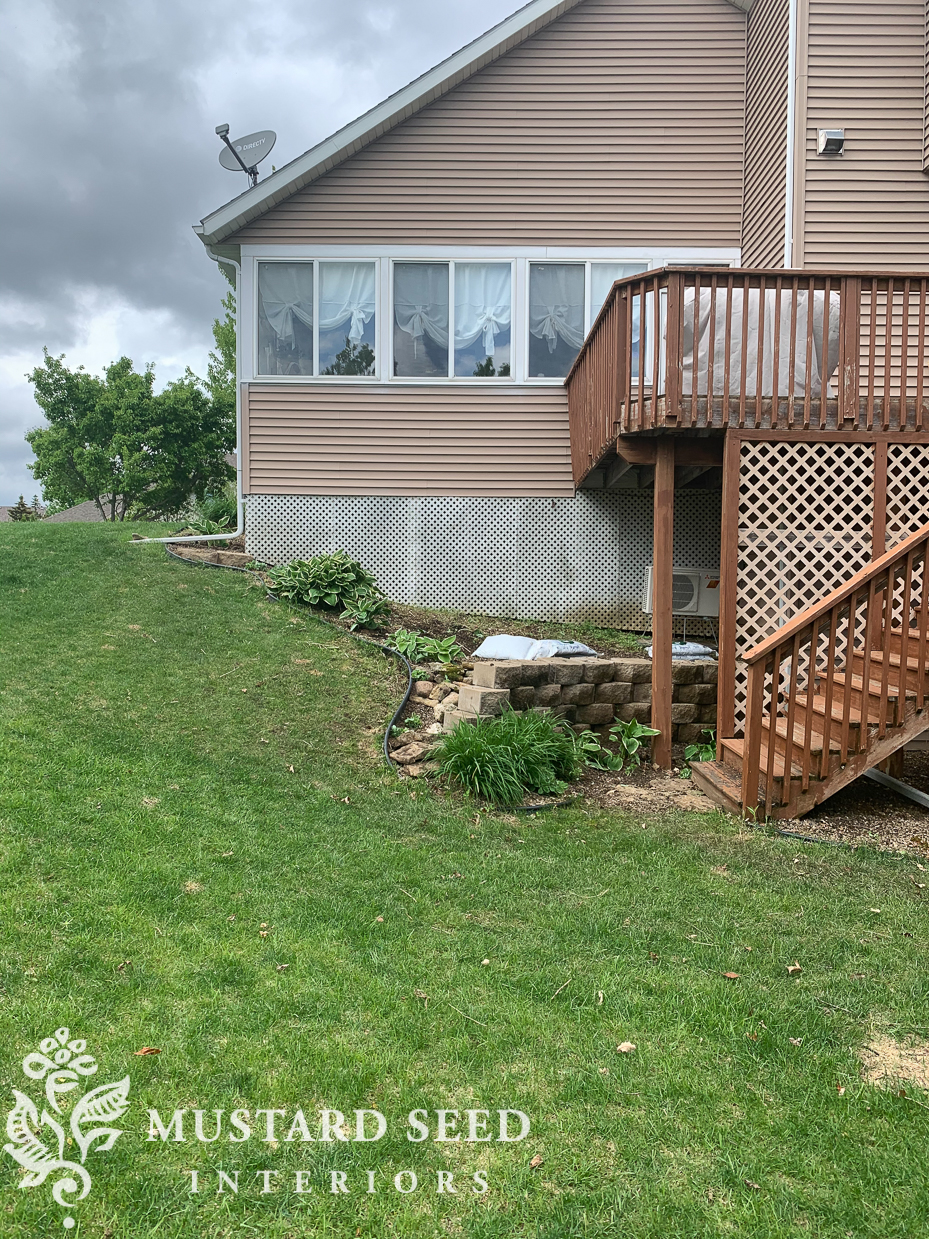 And how it looks after pressure washing… 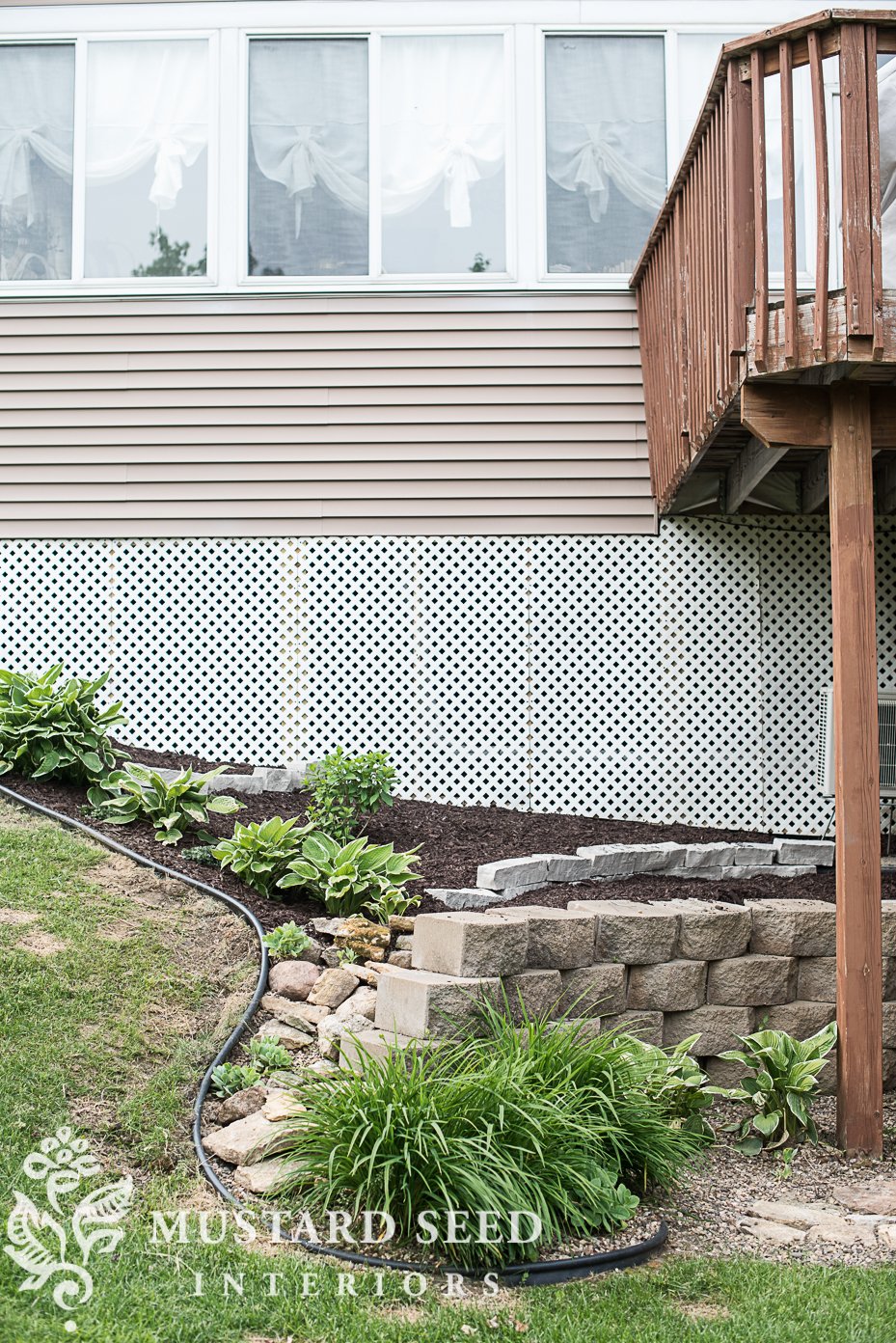 What a difference!  I thought the lattice might need to be replaced, but it was just really dirty and needed a good cleaning.

I have always wanted an edger and will probably get an electric or gas one, but I started with this manual edger after watching a similar one demonstrated in a YouTube video. 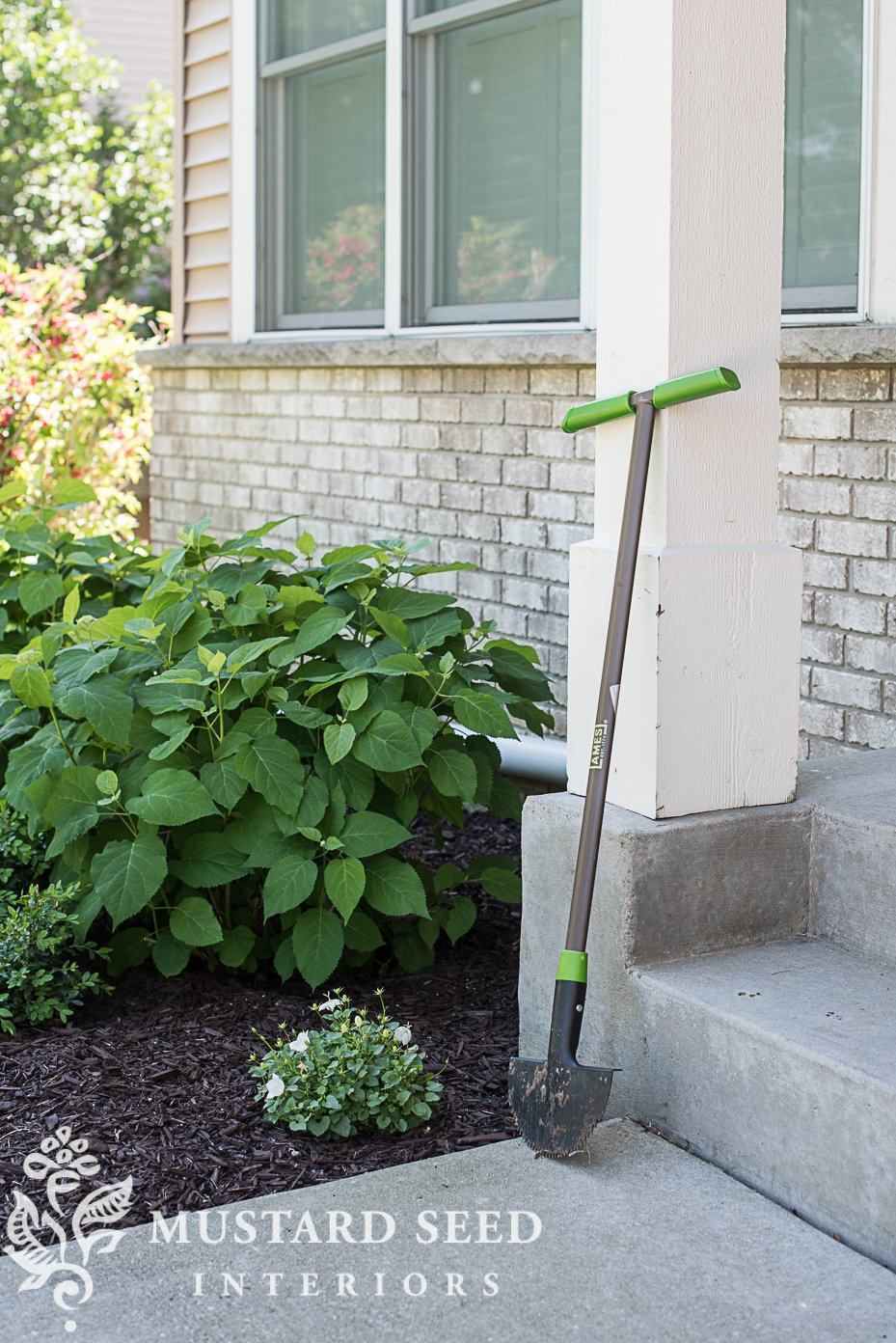 I didn’t think a manual edger would be so easy to use or so effective, but it’s both!  Even though the shape is similar, it works so much better than a shovel.  I used it on the front garden bed that had grass creeping in… 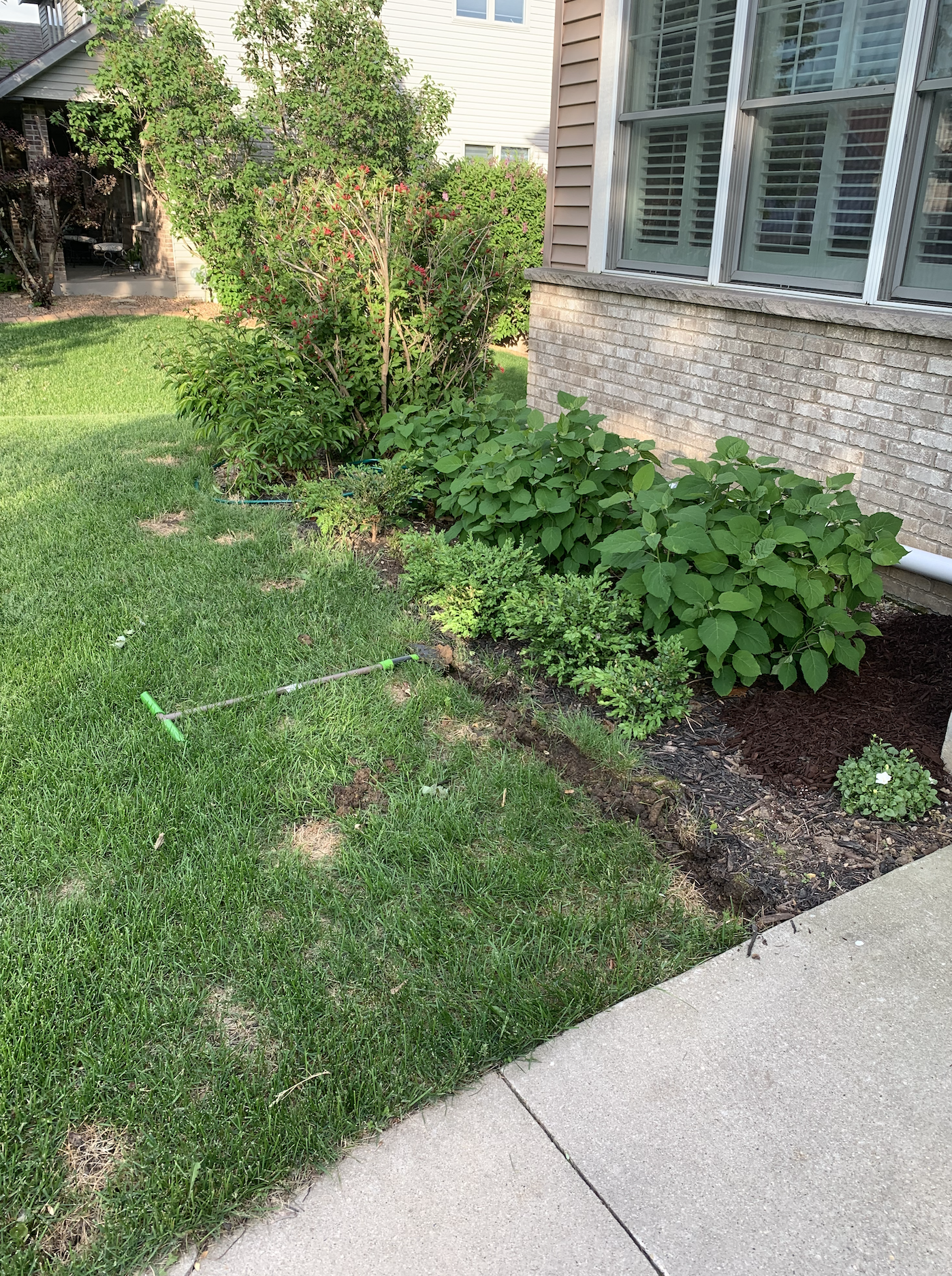 It makes a nice, neat edge and a little trough that prevents mulch from washing into the grass. 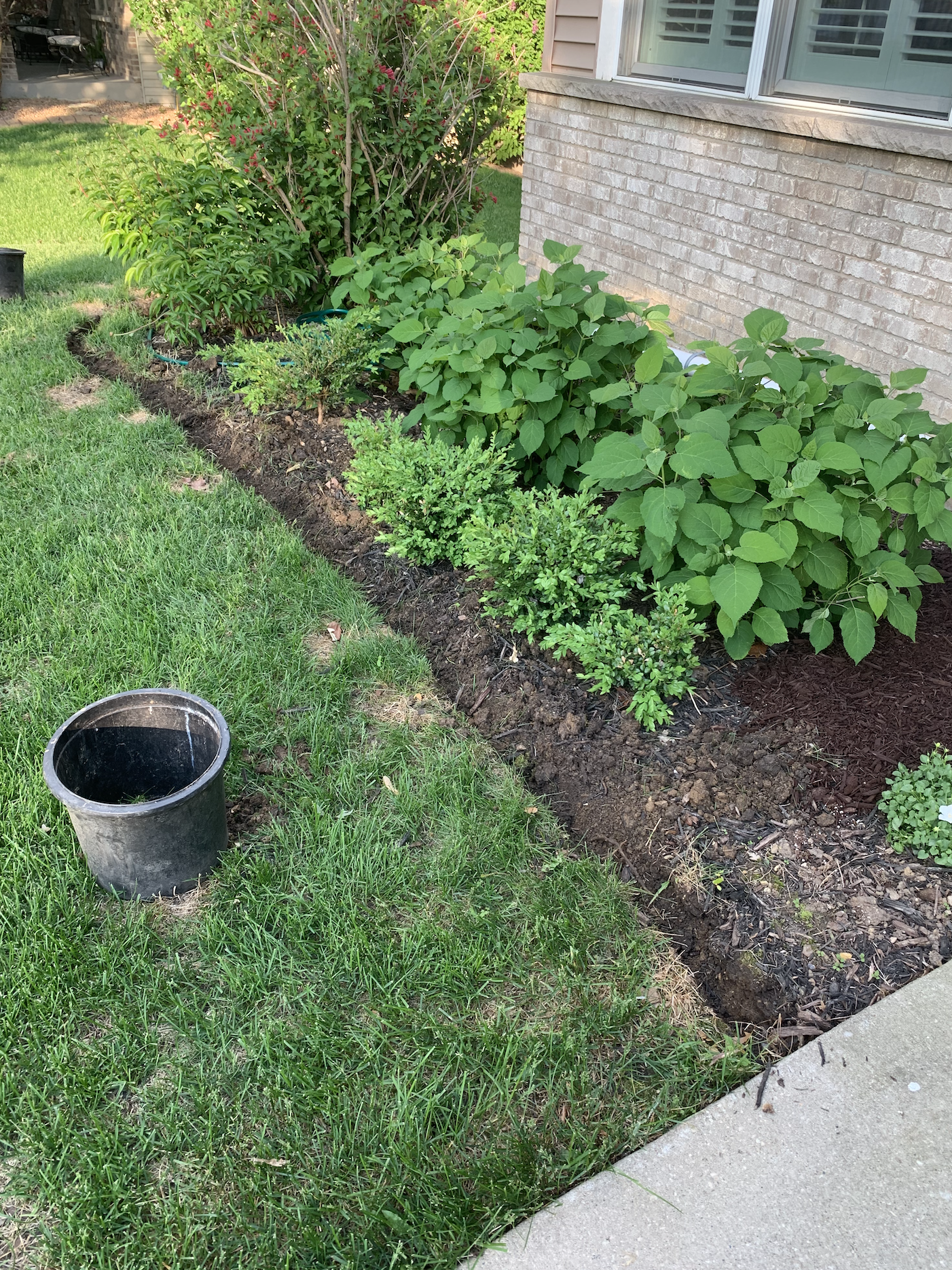 I put some weed-blocking fabric down along the grass line and mulched and it looks so much better!  It didn’t take very much time, either, so we ended up extending and edging a few more beds around the house. 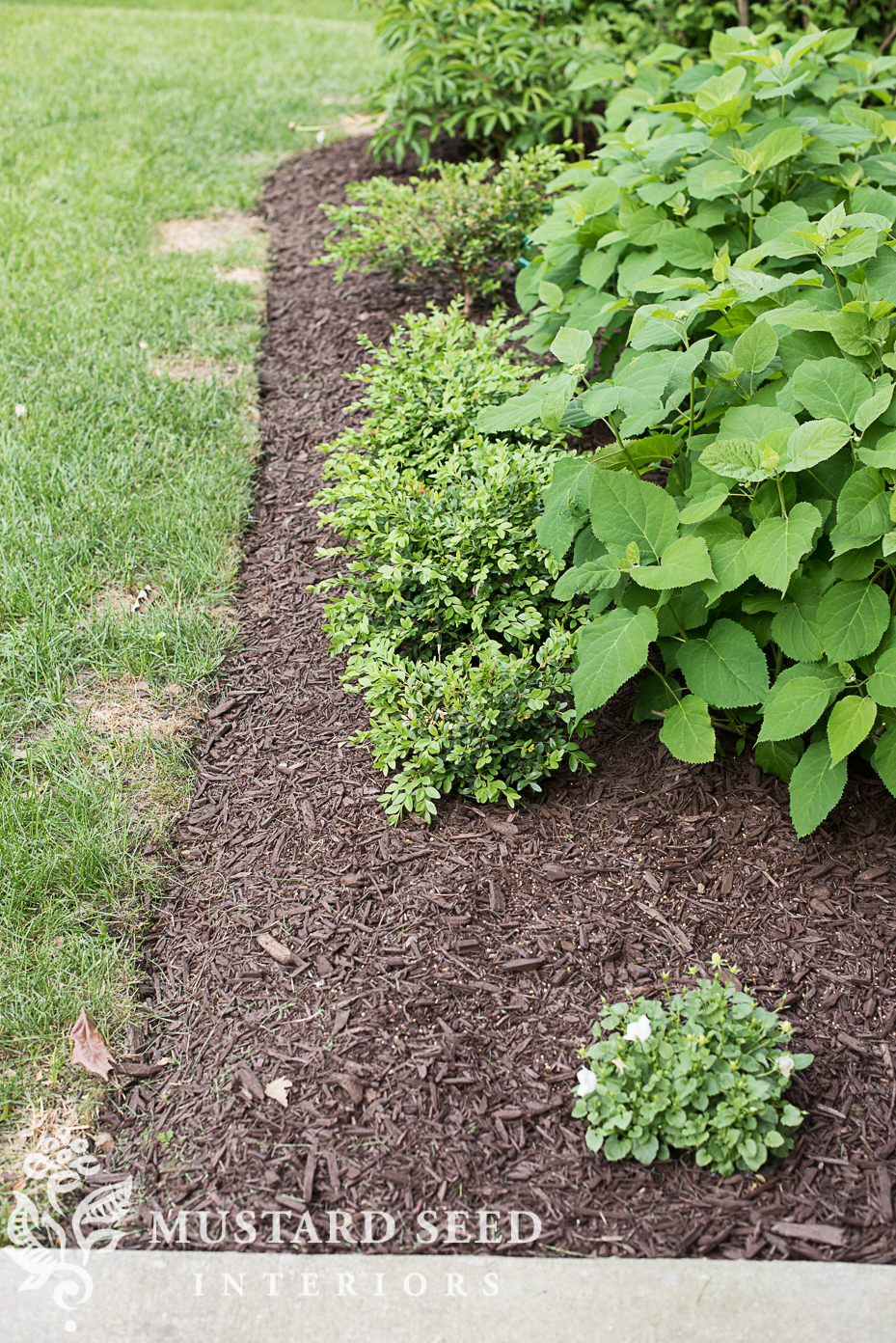 I also used the edger around the patio before I painted it.

I’ve seen Nicole’s book, Kitchen Garden Revival, promoted on Instagram and was intrigued.  If you have followed me for a while, you know I love learning through books.  Since we want to start a kitchen garden next year, I thought it would be a good read to get me started as I plan it out. 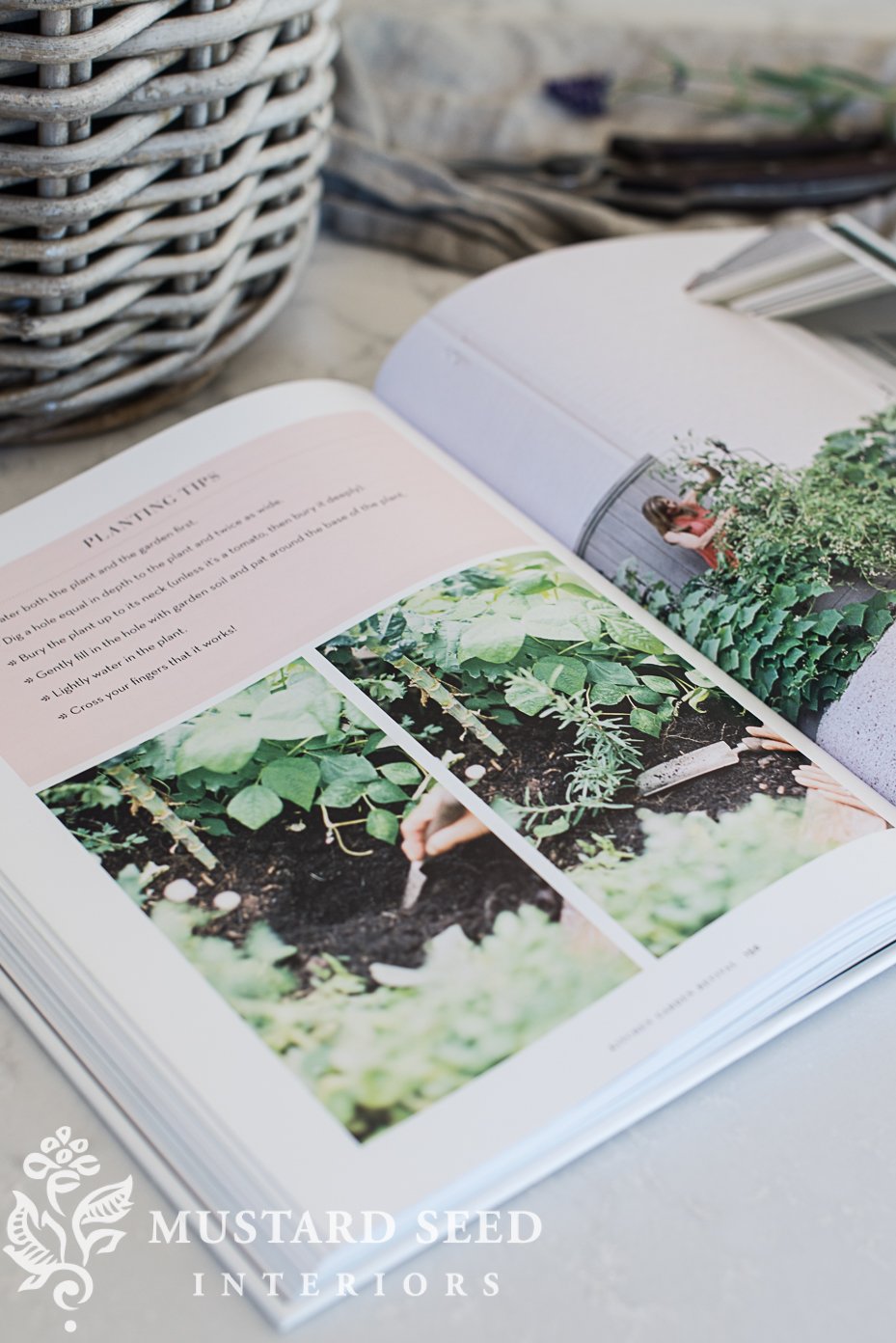 The book has been such a great inspiration and source of information so far.

Since I can’t have the full-blown kitchen garden right now, I wanted to start an herb garden in a washtub on our deck.  I love cooking with herbs, especially flat-leaf parsley.  It adds a freshness to just about any dish.  I almost always have a jar of flat-leaf parsley on the counter, ready to rip off, chop, and use.  The issue lately has been that the majority of the people who have shopped for us don’t know the difference between cilantro and flat-leaf parsley.  It’s understandable because it looks very similar and they are usually side-by-side on the shelf.  I would go through our grocery delivery bags and Jeff would hear me let out an “ARGH” like a character from Charlie Brown.  “Cilantro, again!!”  I know a lot of people love cilantro, but I am part of the population of people who thinks cilantro tastes like soap, which is not appetizing.

It’s a very small thing, but I’ve been missing my parsley.  So, I decided to grow my own.

I wasn’t able to find any when we bought our other herbs, so I ordered Parsley Seeds to start my own.  I planted them in eggshells and kept them in studio where they get lots of light until they were large enough to move into a pot and then outside. 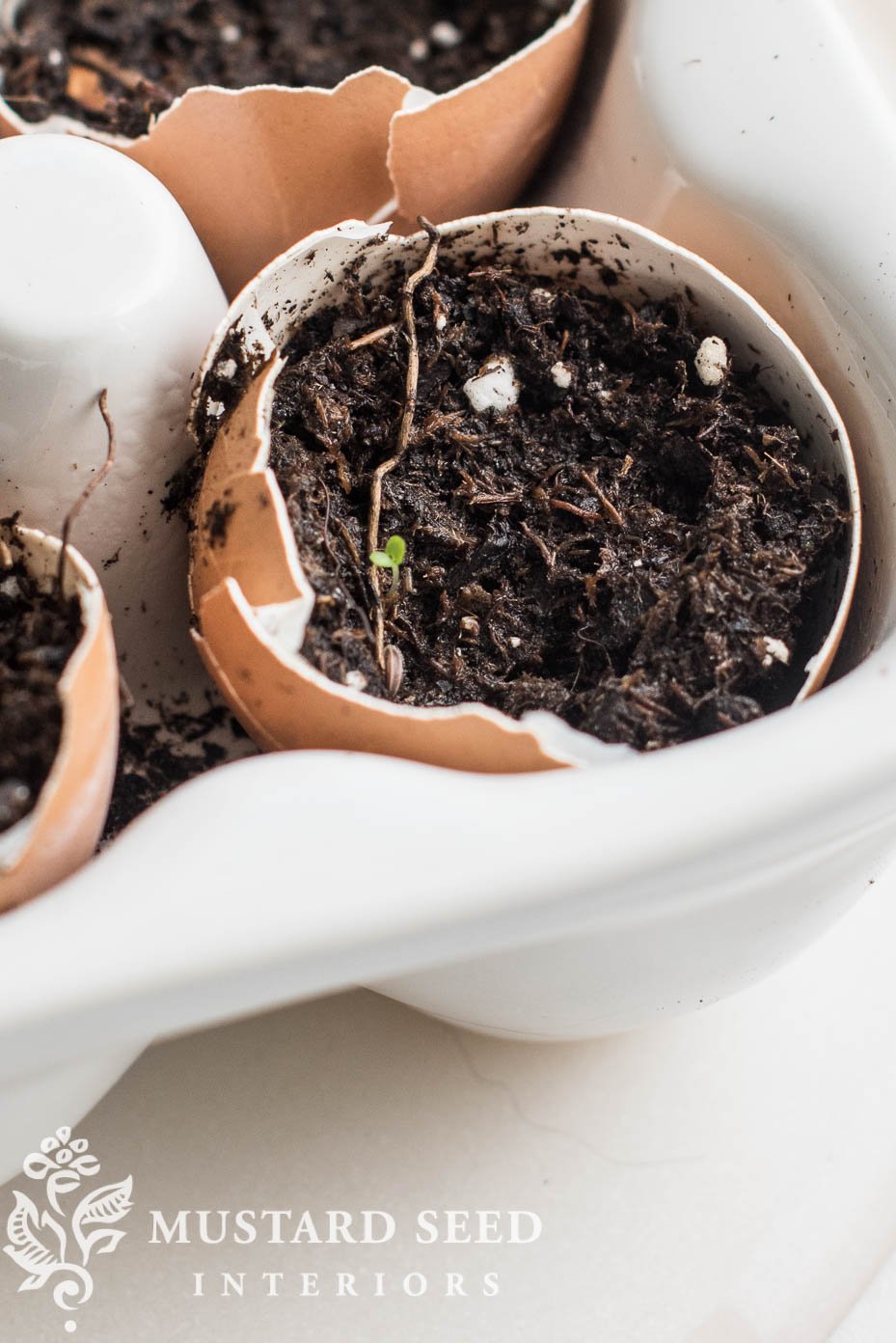 It’s been fun and satisfying watching them grow from seeds!  And now I can go out to the deck and clip what I need. 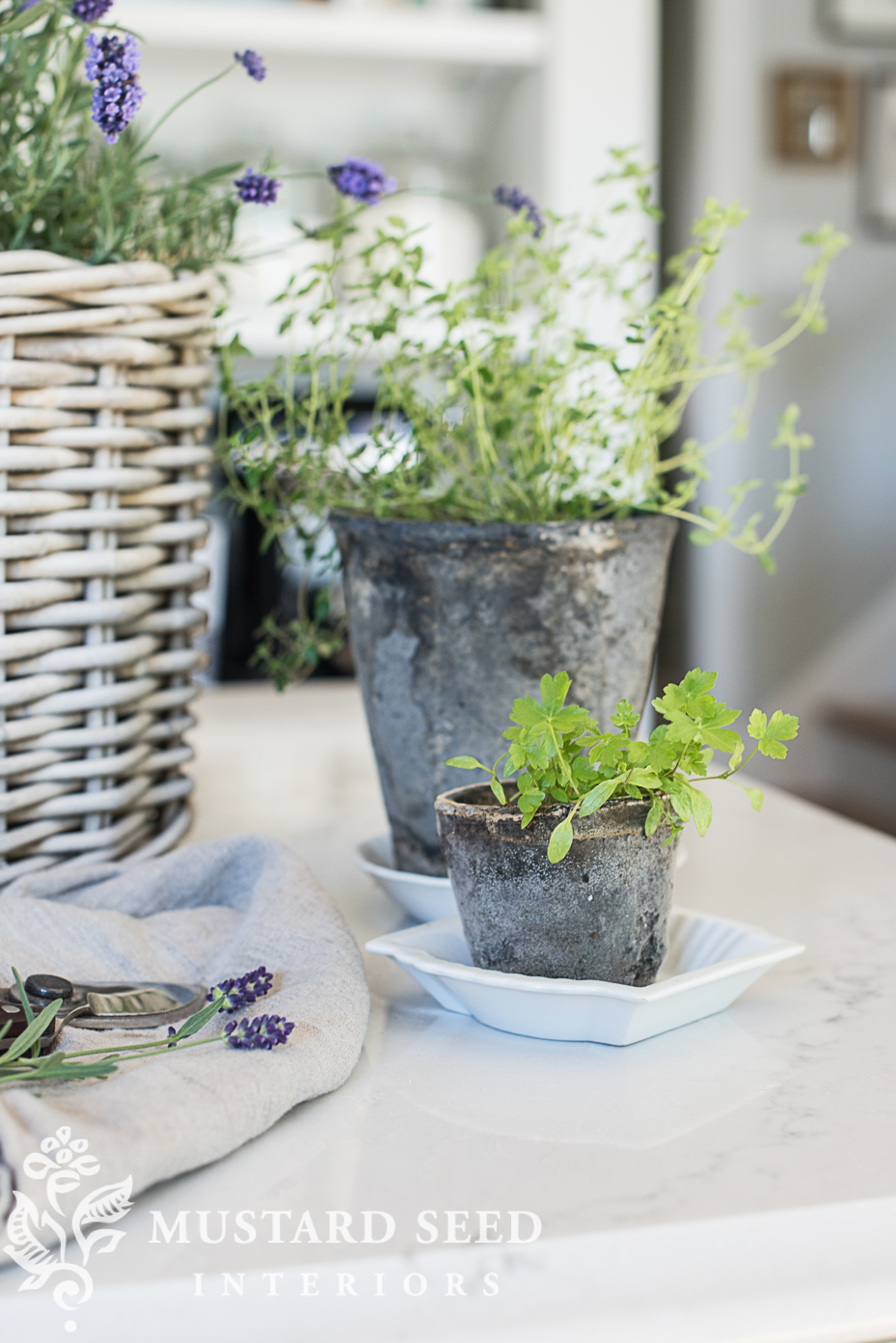 Speaking of clipping, I also got some wood-handled Pruning Shears.  I bought a vintage pair of pruning shears off Etsy a few years ago and they look cool, but aren’t the most practical or effective!  I still use them for lighter pruning, but I bought this pair to use regularly.  They look nice and work well, but weren’t expensive. 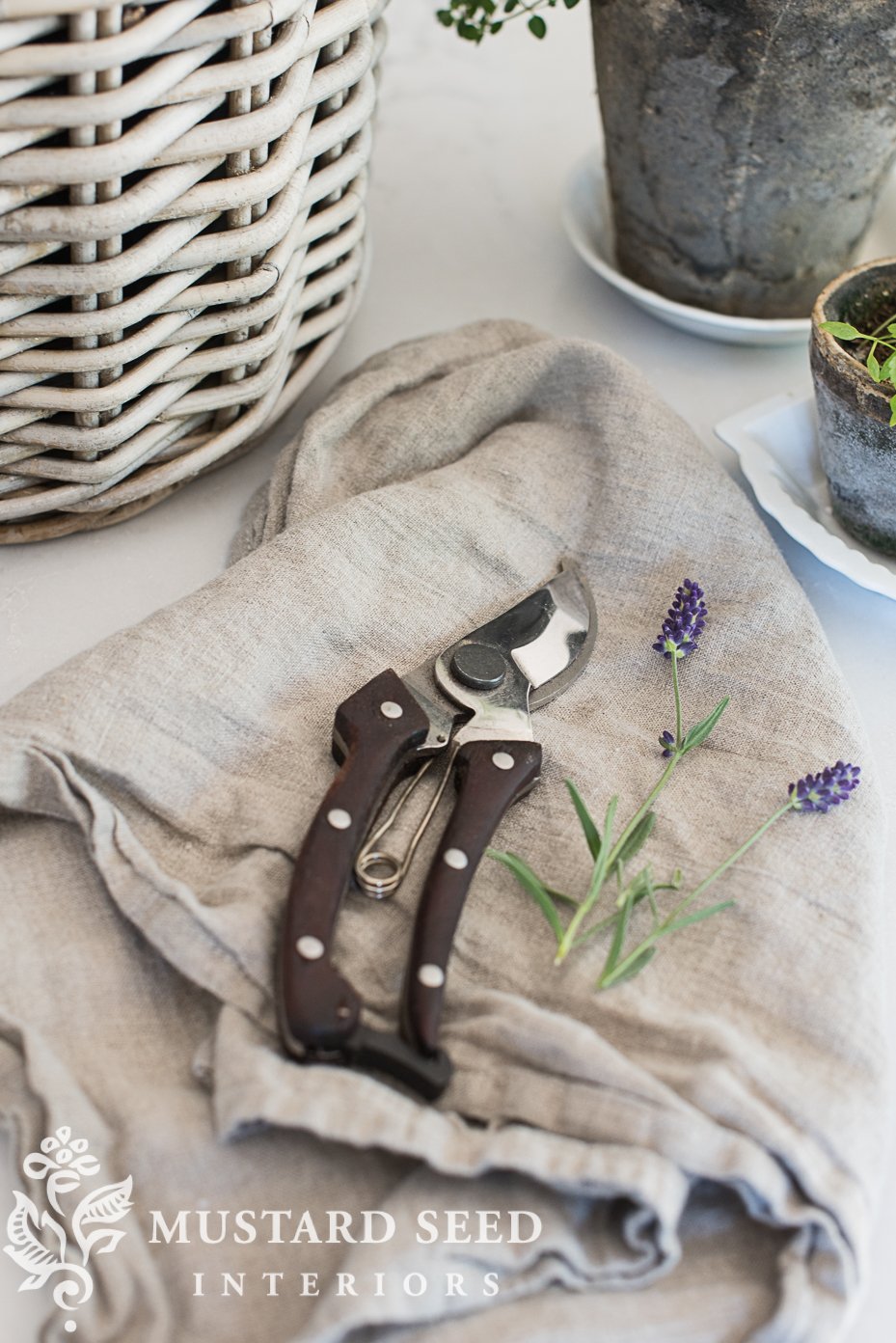 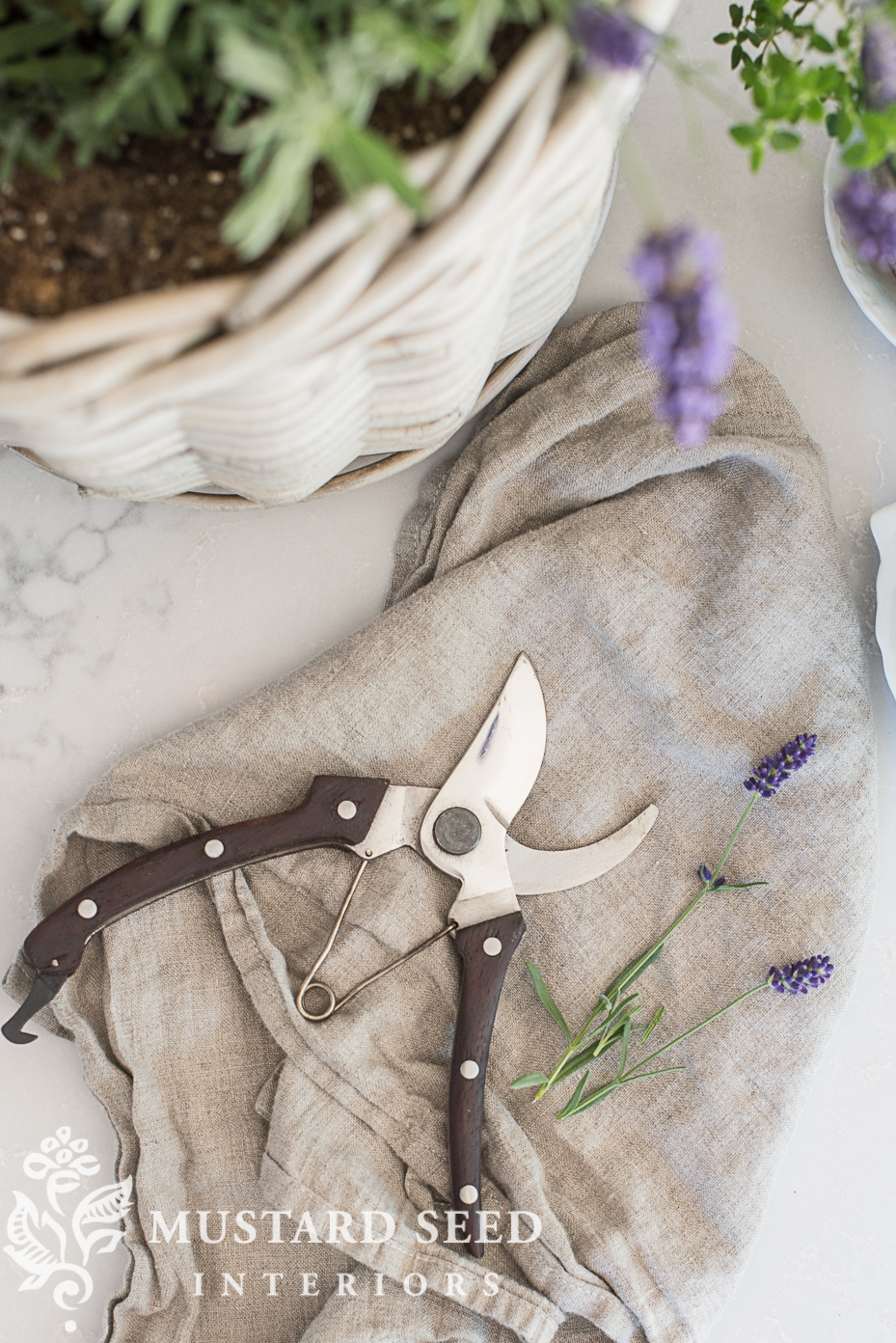 I’ve been walking around the yard most evenings with an empty 5-gallon bucket and these pruning shears to tidy up the gardens.  Even if I just did the exercise the night before, I still manage to fill a bucket with pulled weeds and trimmed branches and leaves.

I bought most of these items from Walmart and received Wikibuy Credits for each purchase.  I’ve earned over $15 to redeem for gift cards. 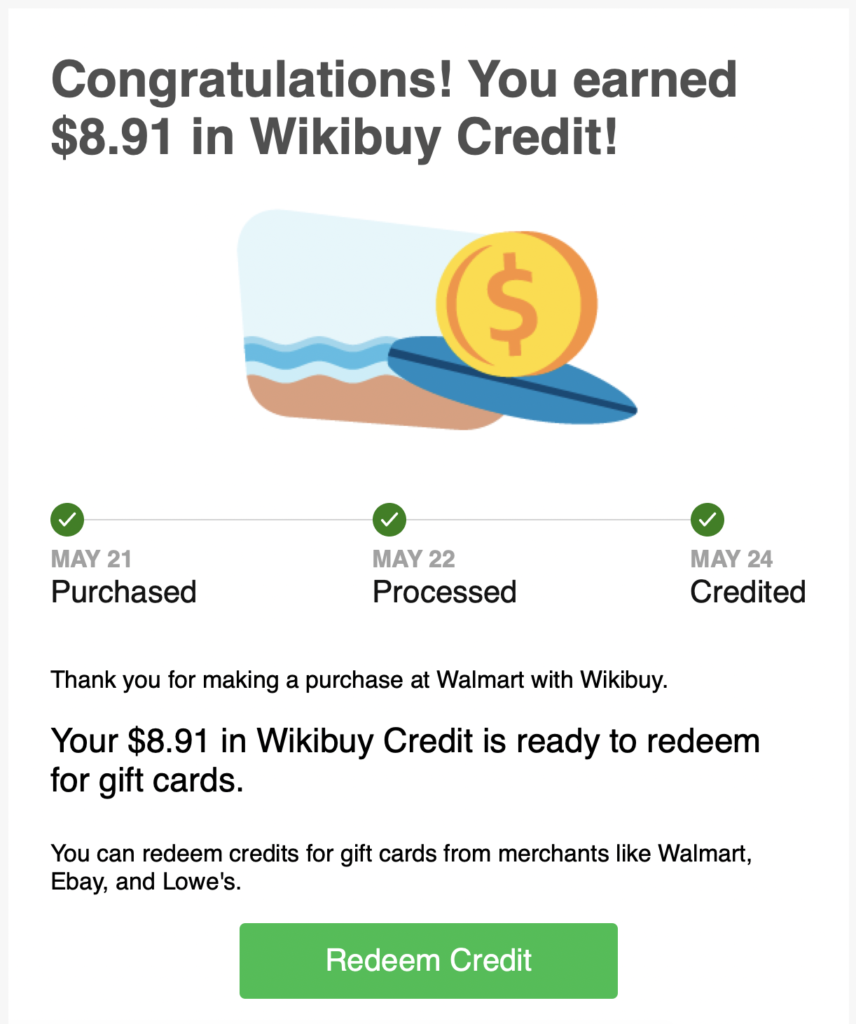 All of the savings and credits really start to add up over time, especially if you’re buying a lot more online than usual.

Wikibuy is free and can be easily installed on most browsers (Google Chrome, Mozilla Firefox, Microsoft Edge, & Safari.)  If you’d like to save a little extra cash while you shop, you can join other Wikibuy users who saved a collective $70 million last year by clicking HERE.

You can see the full patio makeover reveal HERE.