We’re still all hanging out at home because of the arctic vortex and just learned the boys have tomorrow (Thursday) off as well.  We did have a bit of fun and threw boiling water off our deck to watch it evaporate, but otherwise, we’ve just been lounging around and I’ve been trying to get work done as I can.  I’ve done some painting and I typically would’ve taken time like this to get some more cleaning, organizing, or home projects done, but my shoulder has been preventing that.  Well, we make plans and have to adapt when things out of our control won’t conform to our plans!  I’m having an MRI tomorrow, so they can see what’s going on and the boys should be back in school on Friday.  Hopefully next week will be normal.

So, today I don’t really have anything new and super exciting to share, but I thought I would show how I organized the drawers in the butler’s pantry and answer some questions about the gardenia topiary… 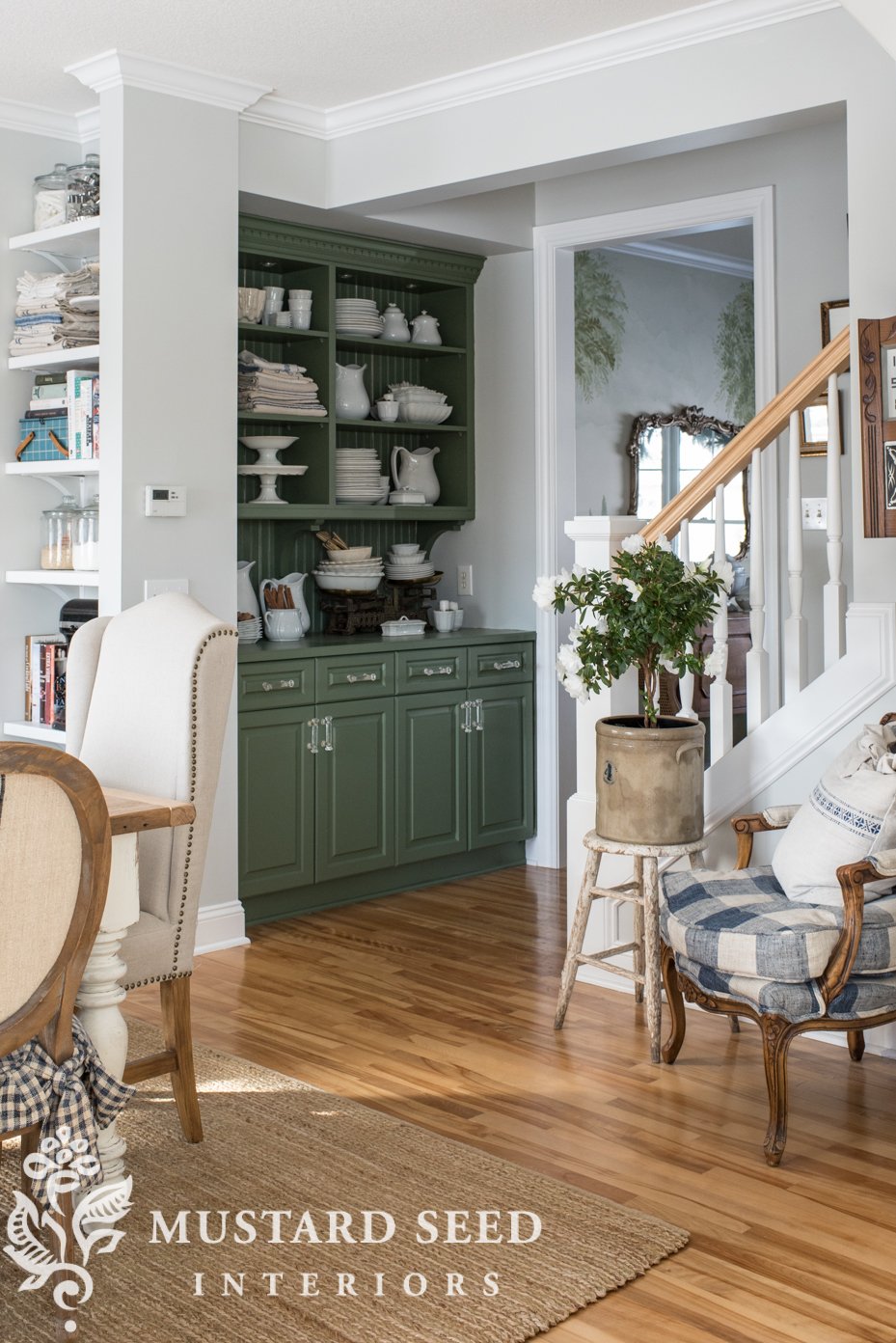 We keep pretty much what you’d expect in a butler’s pantry…  serving pieces, silver, napkins, napkin rings, and other tableware that we don’t use every day.  I do love bringing these out for special occasions and table settings.  I am a big believer in using beautiful, special things every day, but we just don’t need to use butter pats, mini-tongs, and knife rests every day. 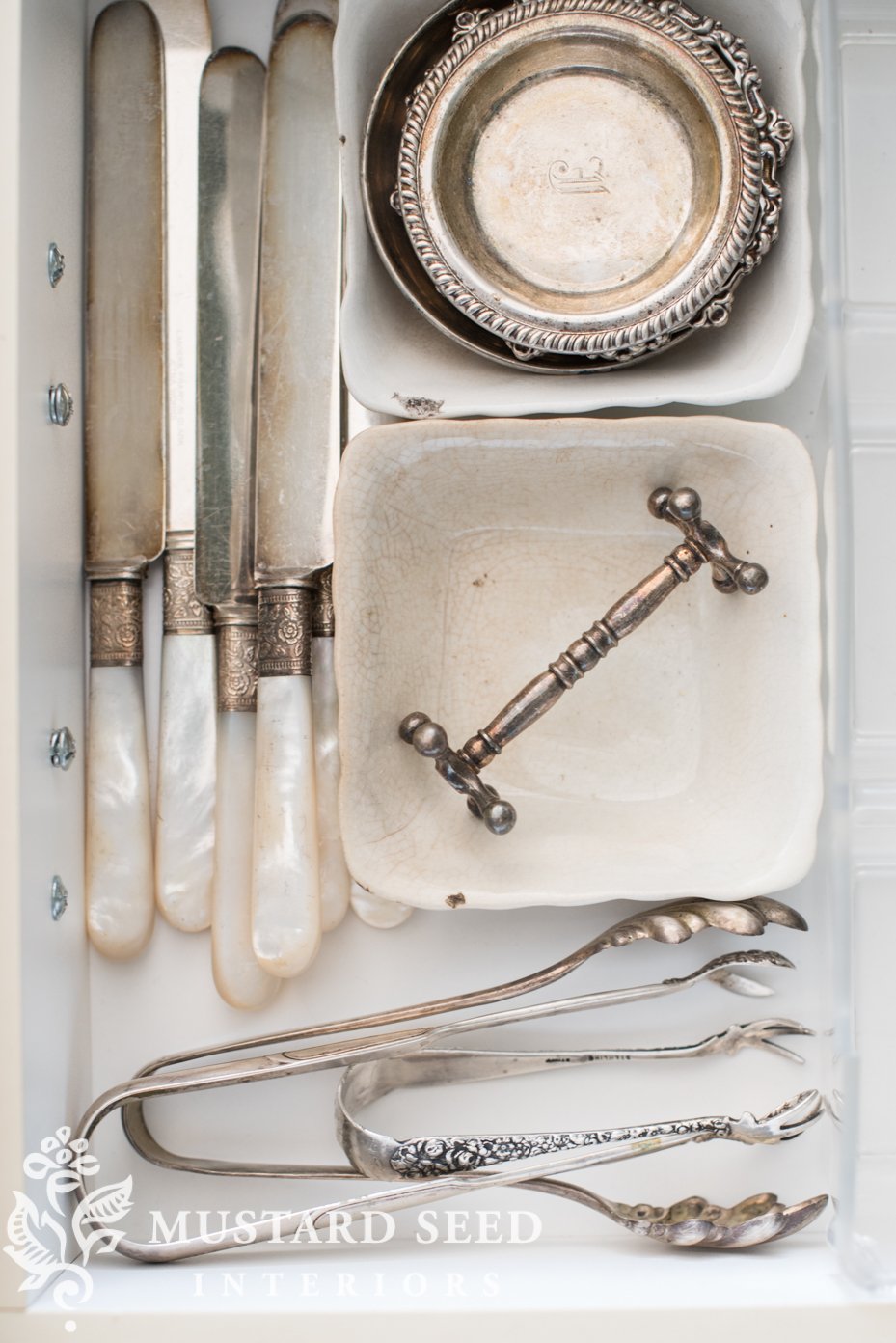 I also have a collection of napkin rings and name card holders that I use for photo shoots or special dinners. 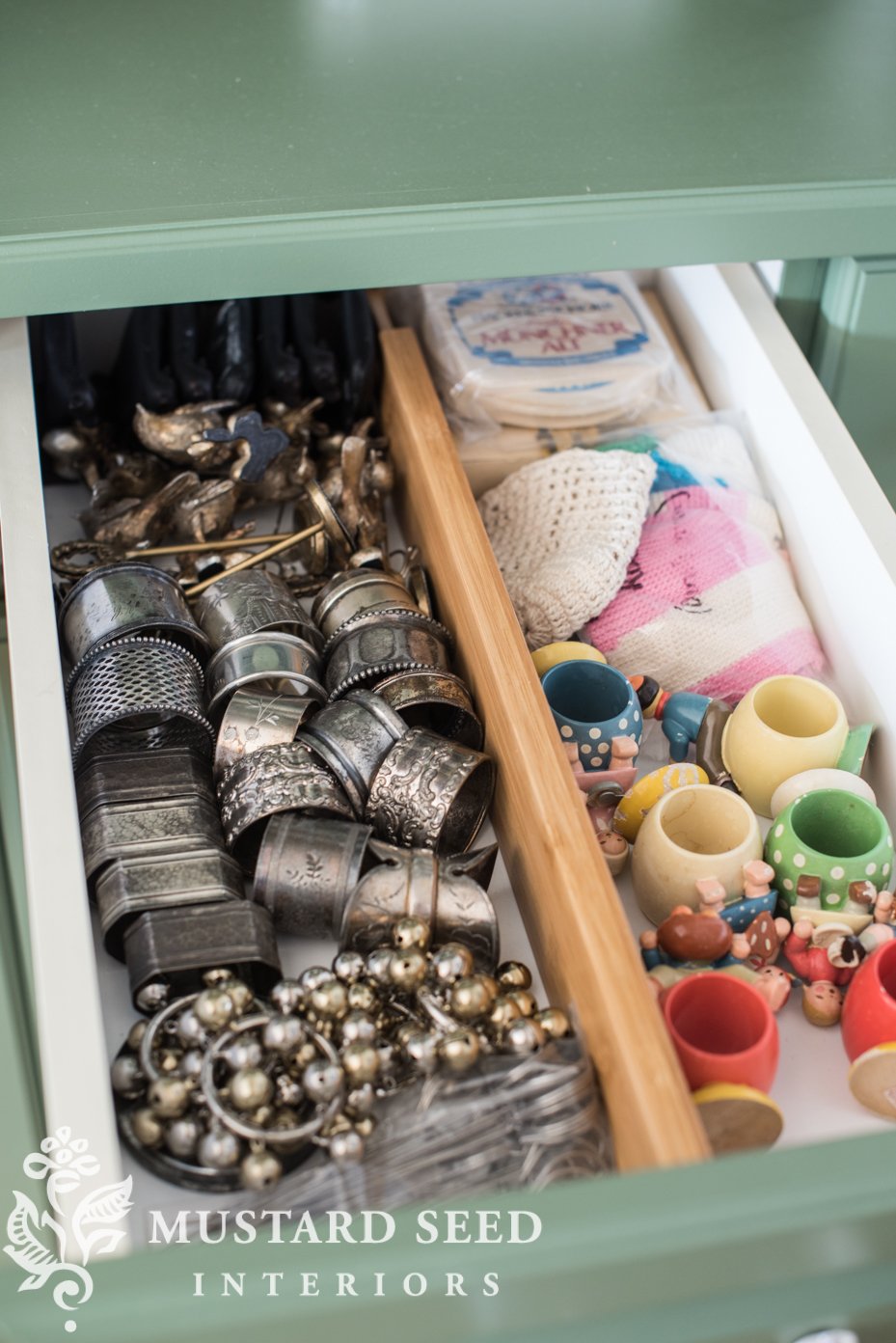 In one drawer, I keep a few sets of cloth napkins.  I do use those from time-to-time, even for everyday dinners.  I have more than necessary, mostly for photo shoot options. 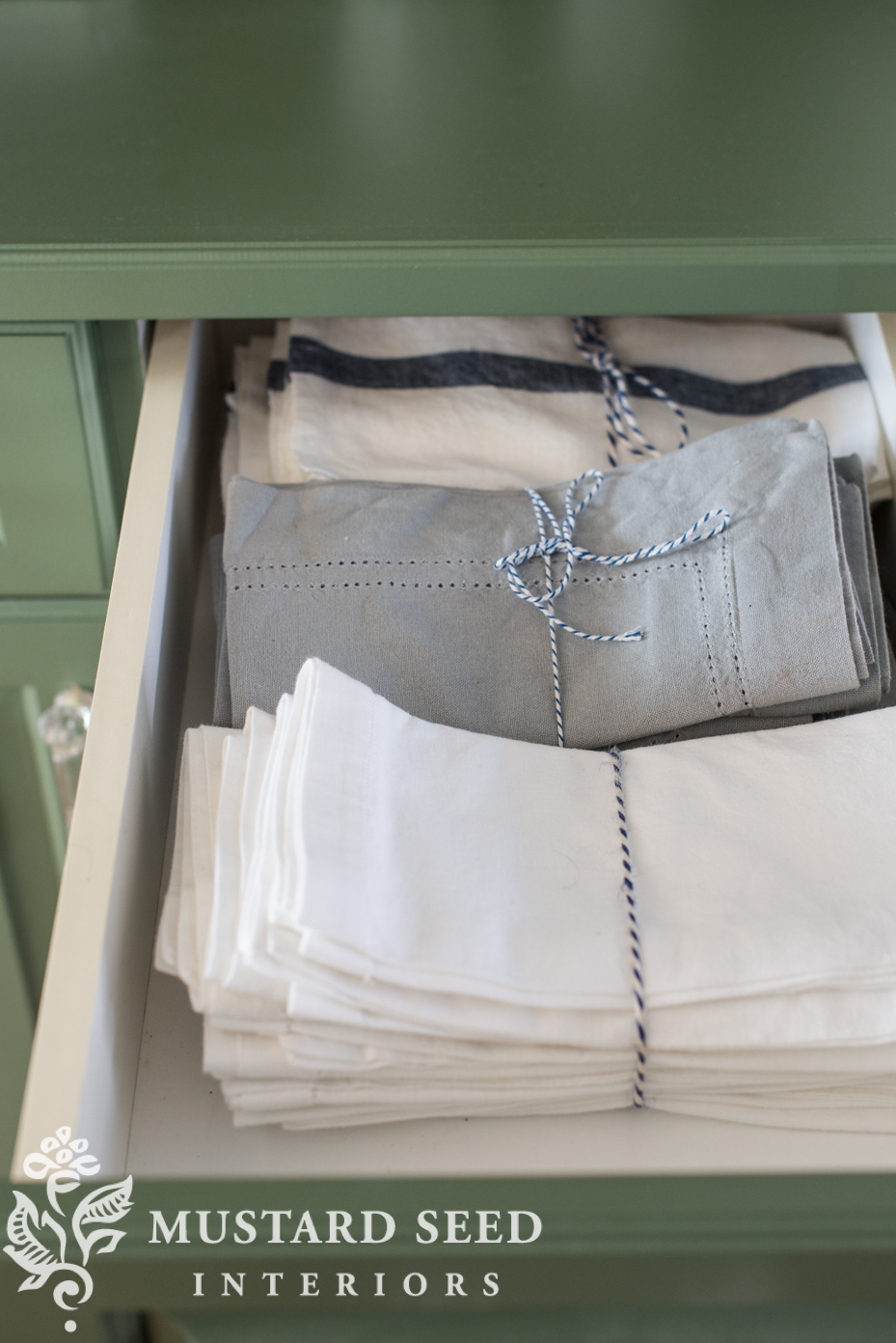 I didn’t photograph it, but in the other drawer, I have extra flatware.  Remember the pattern I got from Pottery Barn a few years ago? 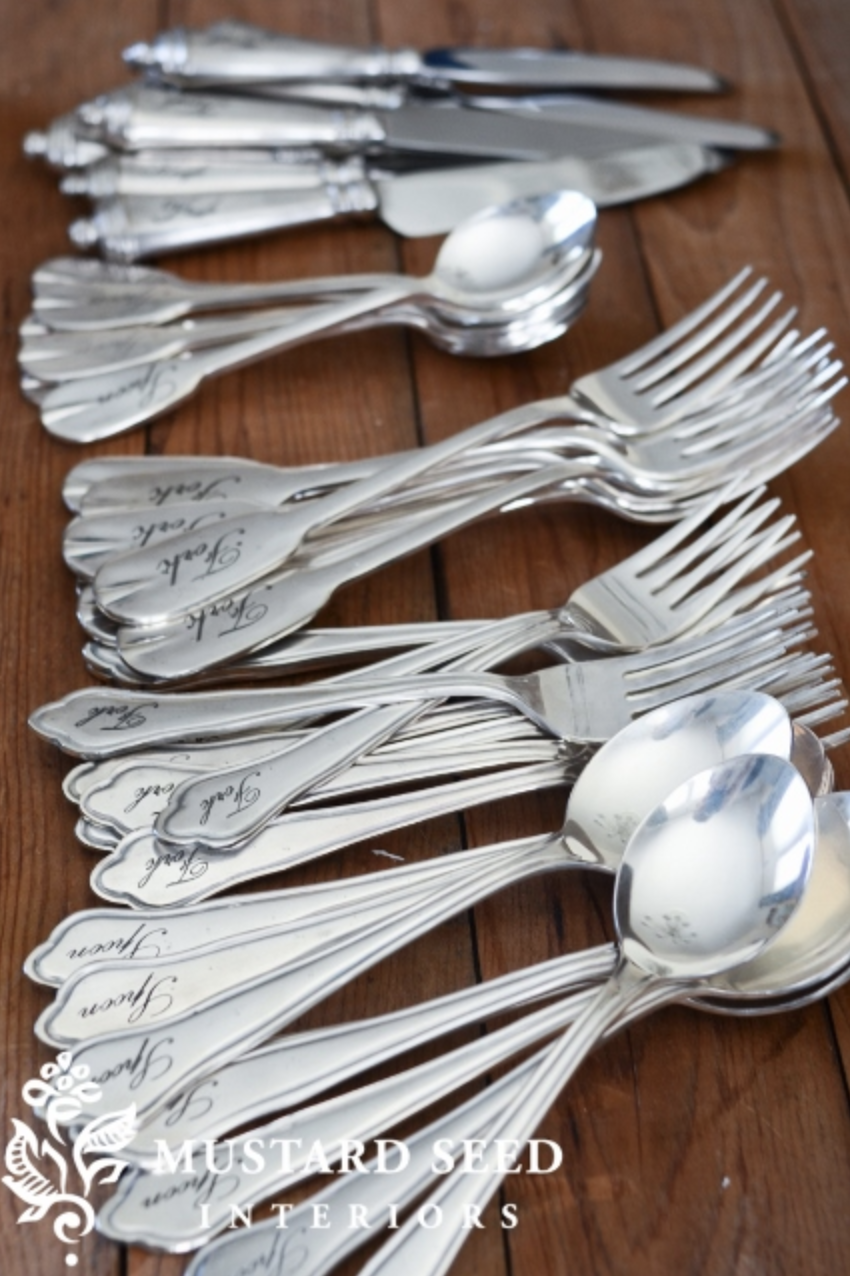 Those are in that drawer and we use them sometimes.  We actually use the heirloom, sterling silver flatware that was passed down to me as our everyday flatware.  I just decided one day that I loved it too much to have it sitting in a chest all the time.

When I showed this picture on instagram, I received several questions about this gardenia topiary (apparently, it’s actually an Azalea)… 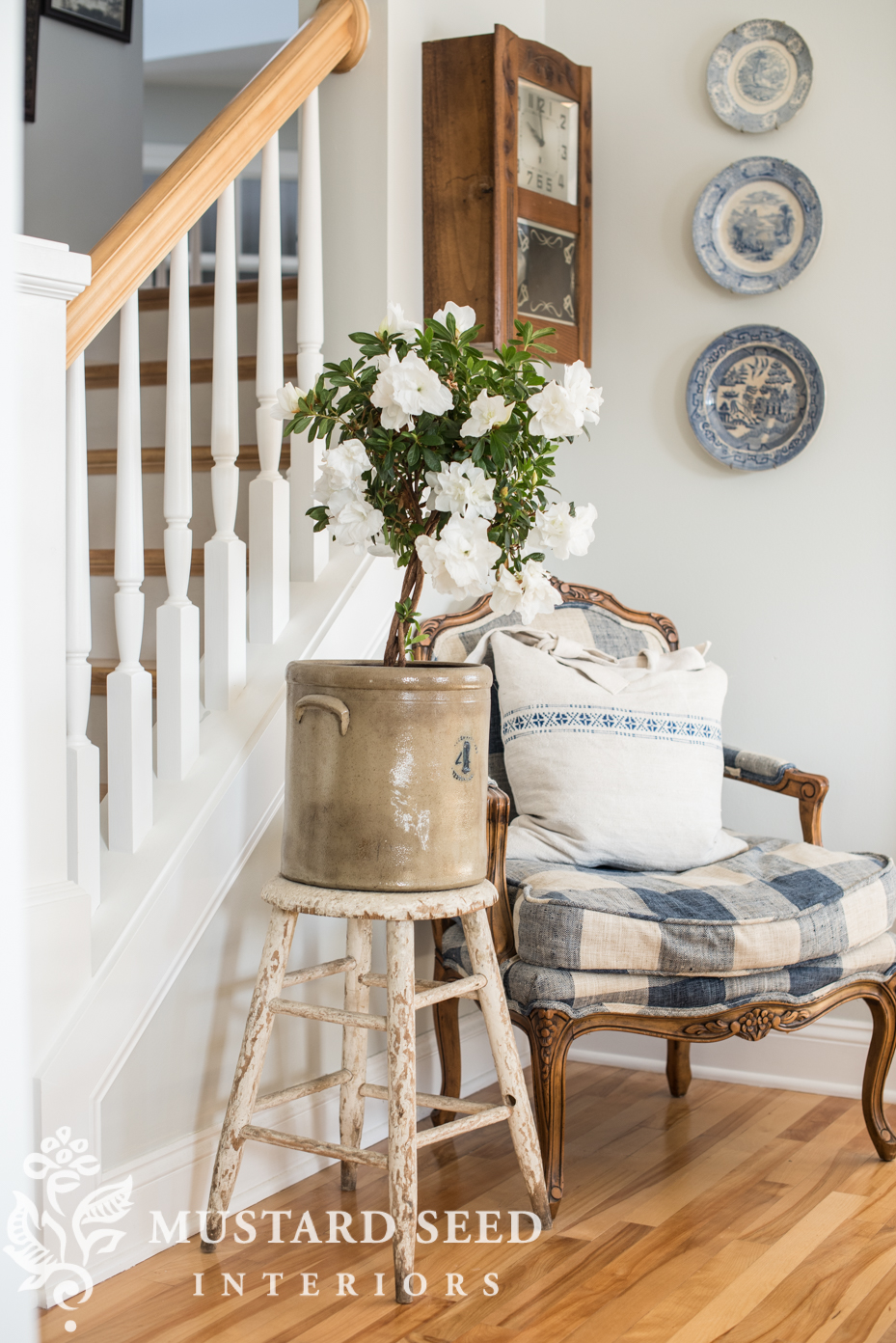 It is a live gardenia.  I bought in the spring of last year and it has been loving life in my studio.  It grew so much that I finally had to move it to a larger pot.  Here is how it looked just a few months ago… 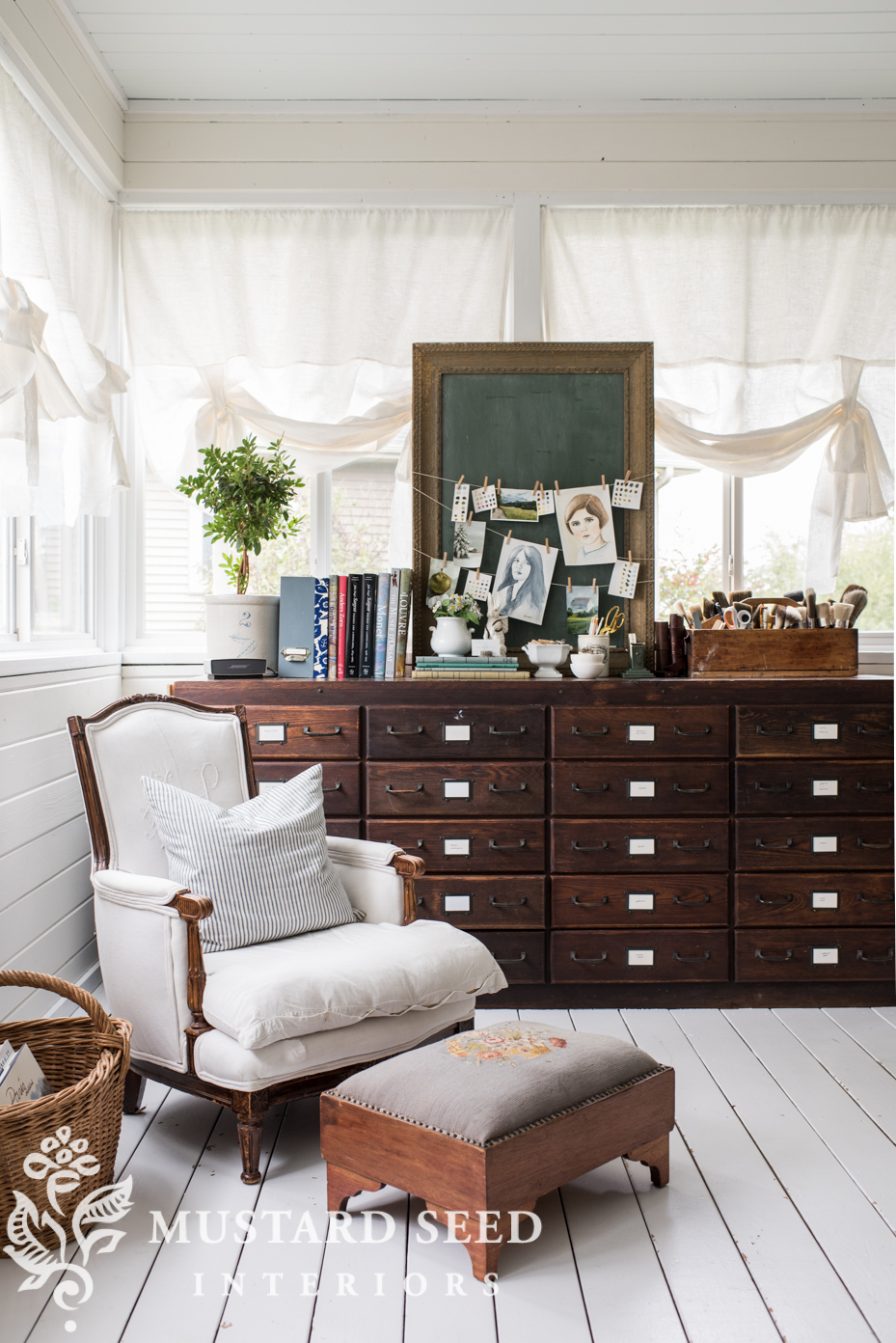 I’m not sure when they usually bloom, but this plant has been acting like it’s Spring for the past couple of weeks.  I also have a small lemon tree that’s been promising three lemons for a while.  I keep watching them grow and I’m waiting for them to turn yellow.  Anyway, it’s nice to have a bit of greenery when it’s gray and snowy outside.

I hope you’re staying warm if you’re in the Arctic temperatures.  I think we’re almost out of it!