I have found the weekends during this time to be especially difficult.  I haven’t put my finger on exactly why.  Maybe it’s because there isn’t much distinction between weekdays and weekends?  We’re just all home all the time.  Safe at home.  Well and happy, but home nonetheless.  Maybe it’s because the week is too busy with work and school to have much time to dwell on anxious thoughts.

Whatever the cause, I’m learning that I need to keep myself occupied.  There are a lot of things I can’t control, but I can do the next thing and then the next.  So, that’s what I did this weekend.  I wasn’t feeling motivated to start a large project, but I could knock out several smaller ones or do some prep work for larger projects.  I worked from one thing to the next and got a surprising amount accomplished.

One thing that took about 20 minutes to do was fixing one of the chairs in the living room.  The trim was pulled off during our move and was removed further by boy’s fingers picking at it.  One of the seams had also popped along the front of the cushion cover. 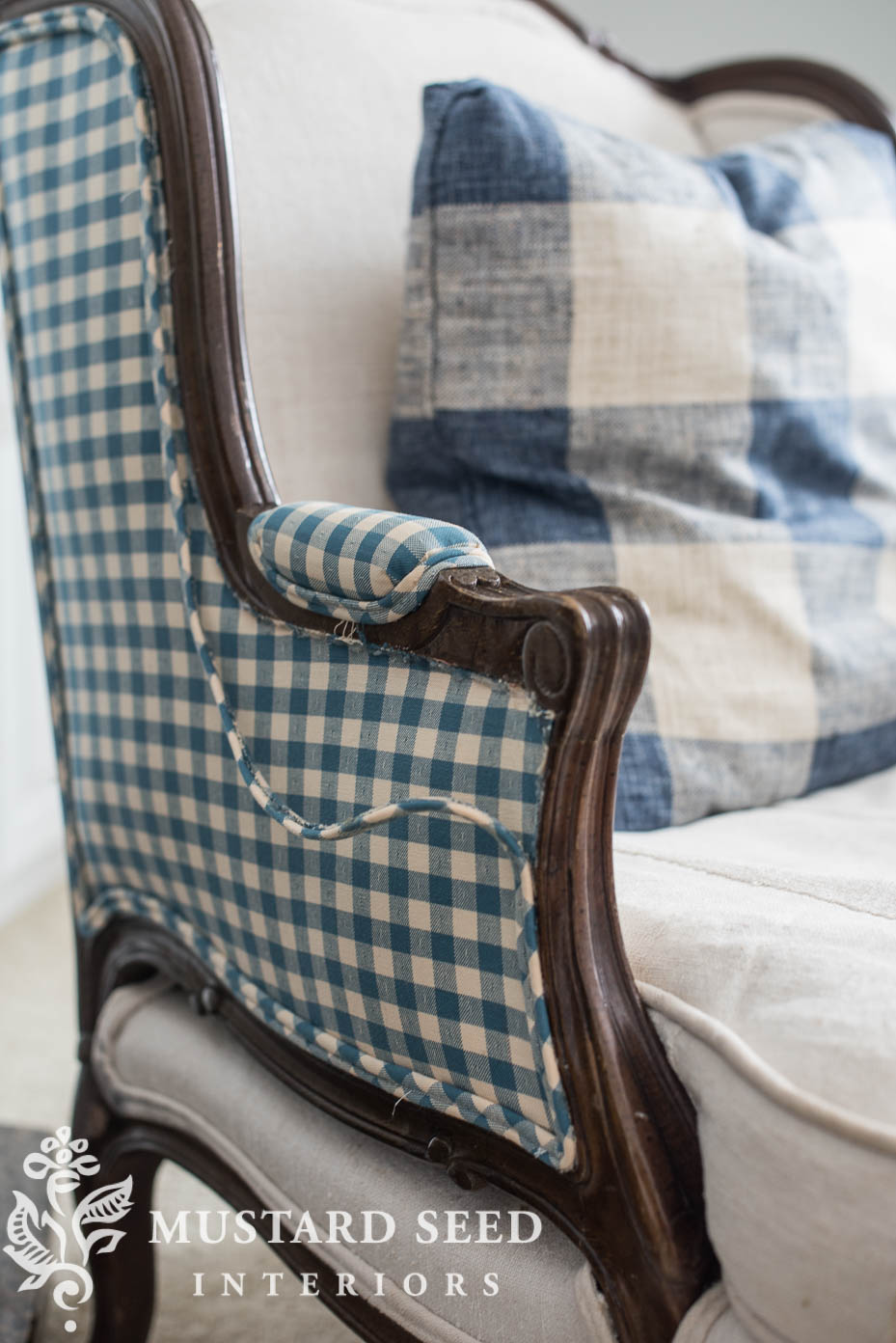 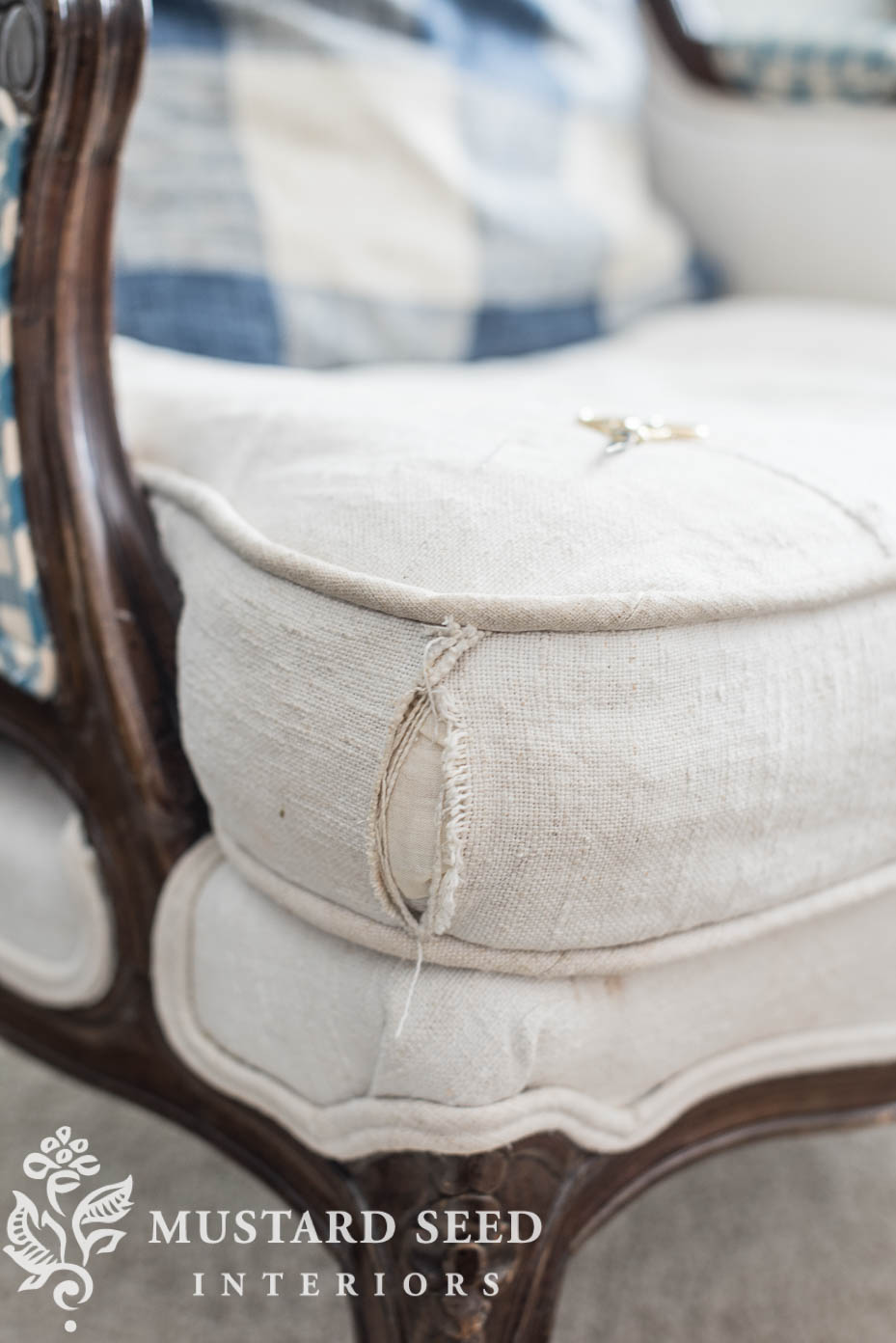 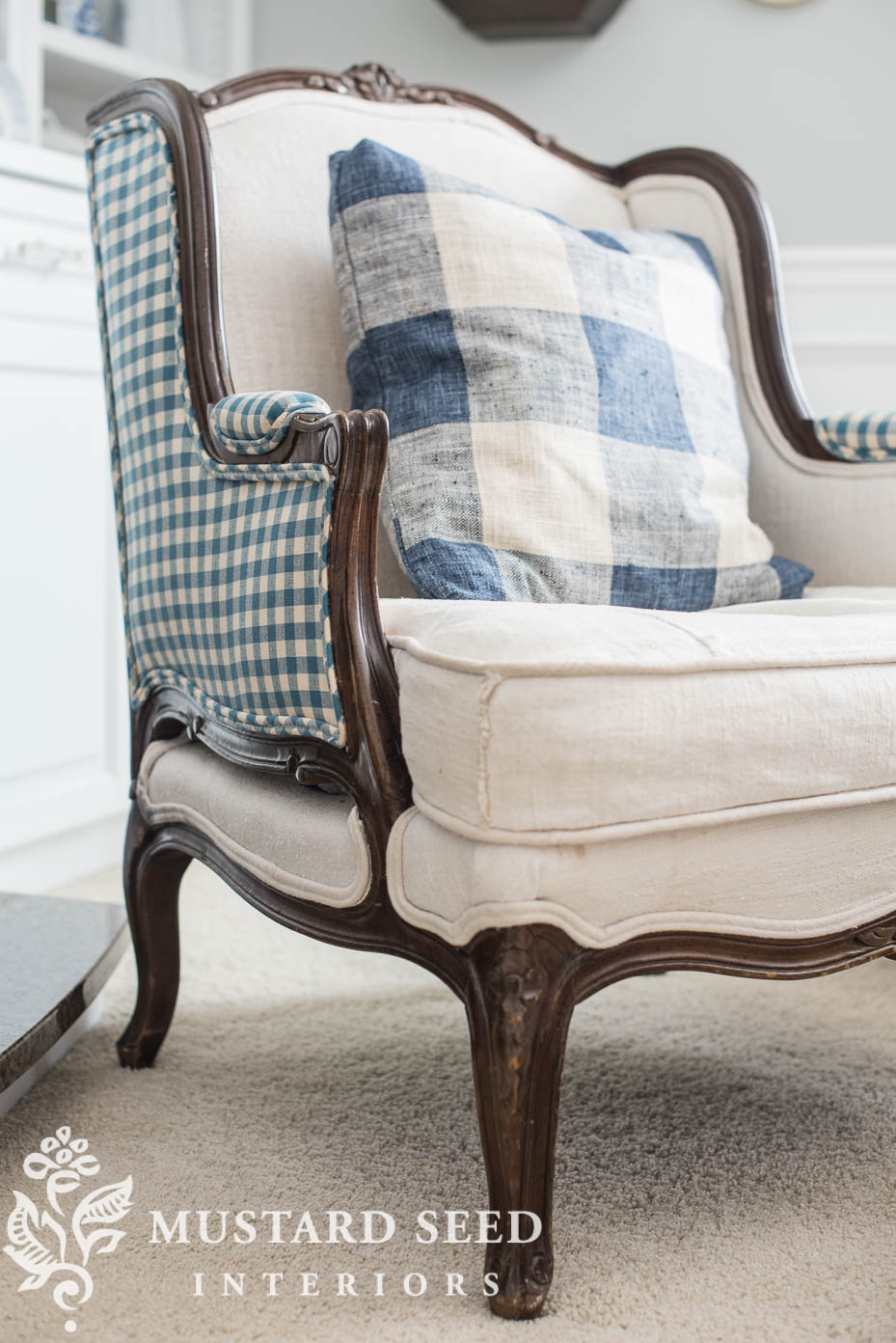 …and I hand-stitched the seam. 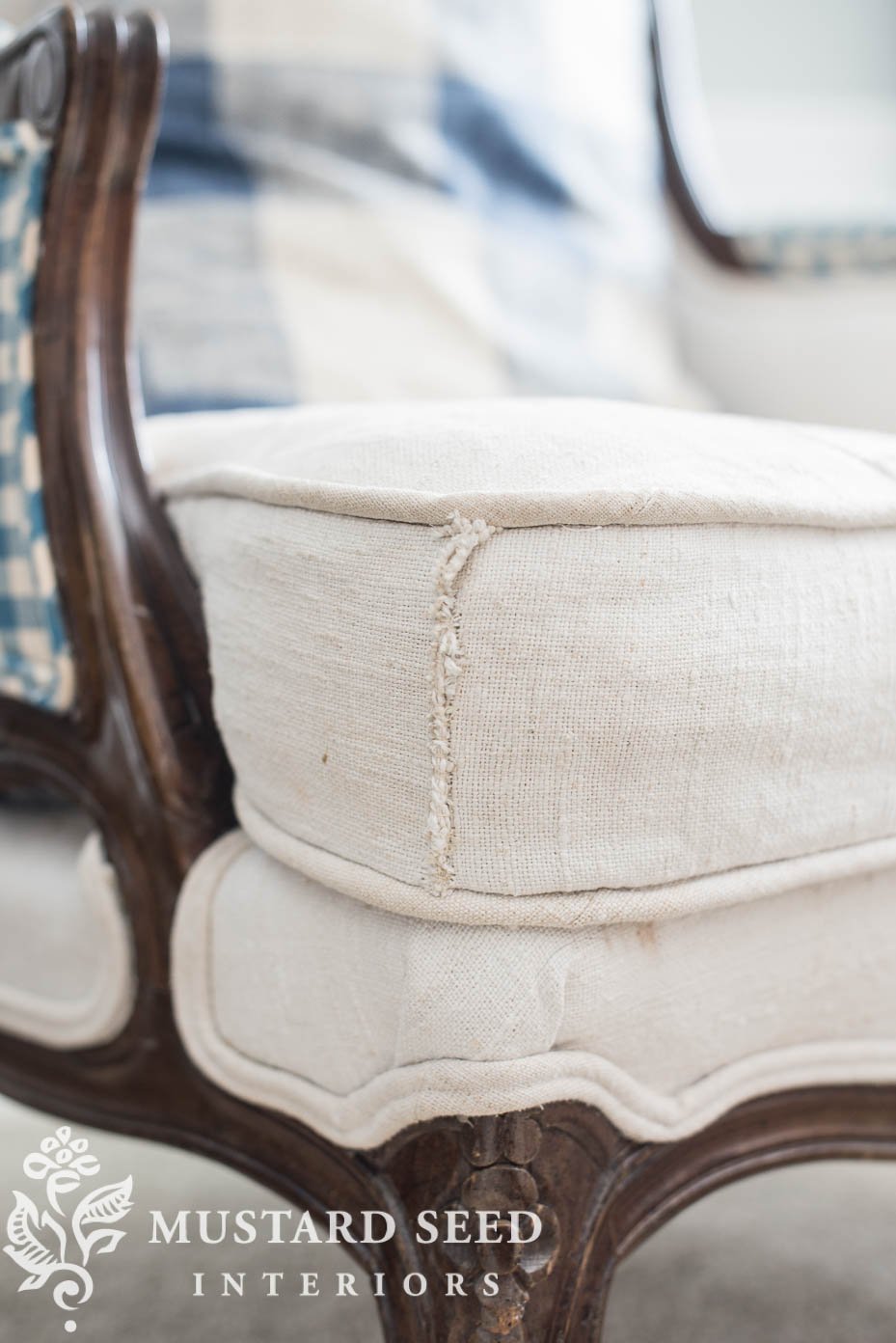 That is one thing I love about working with old and rustic fabrics.  You can get away with hand-sewing a seam and letting the repair show.  It’s just a part of the character of the piece.

I also did about five loads of laundry, washing linen fabric to get it ready to make slipcovers for the chaise in our bedroom and the end chairs in the kitchen… 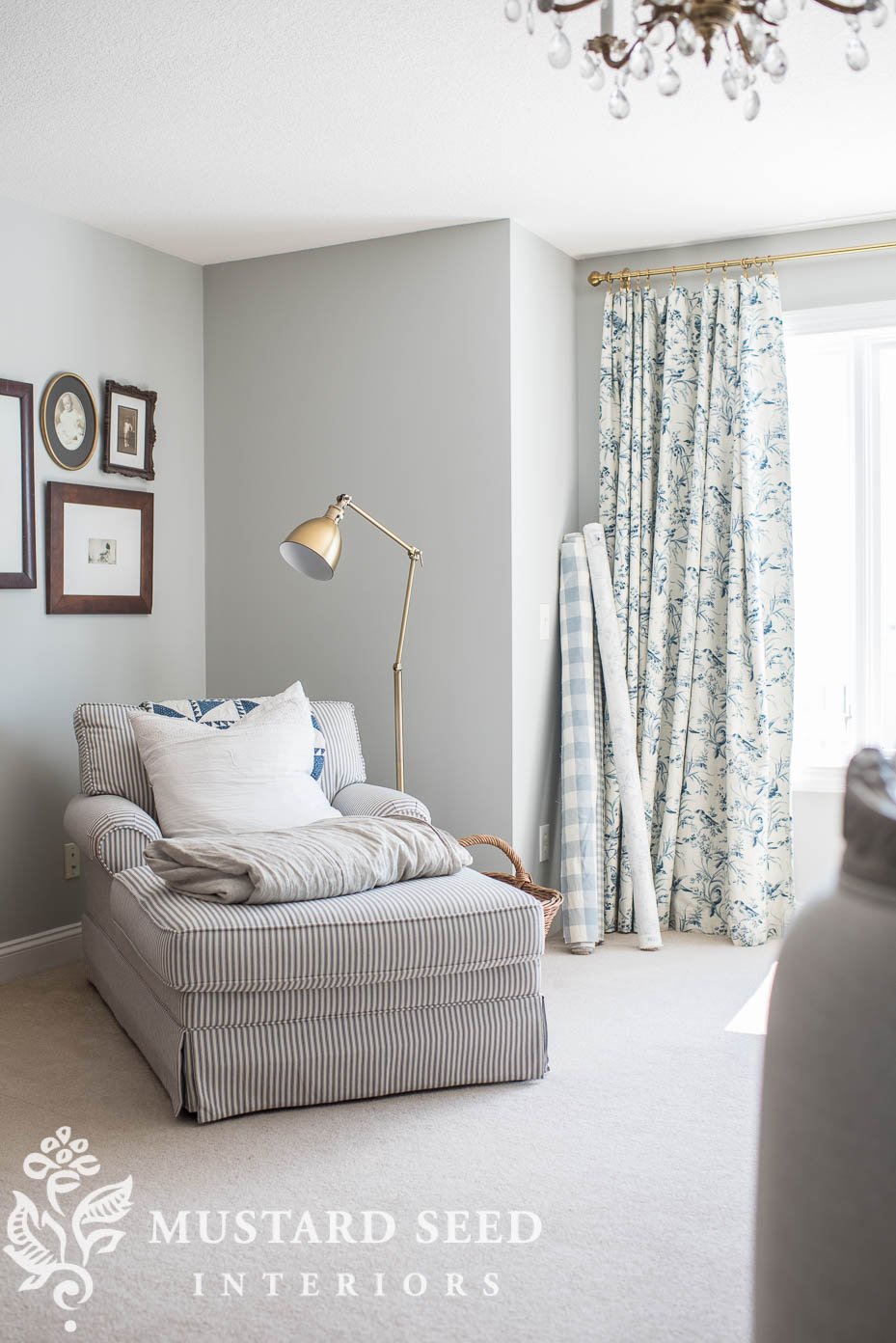 The linen washed up so well and will make beautiful slipcovers.  I’ll share more about the fabric I bought in another post.  I will make tutorials for the end chair slipcovers, too, since those are a little different than the wing chair I covered in my six-part slipcover tutorial series. 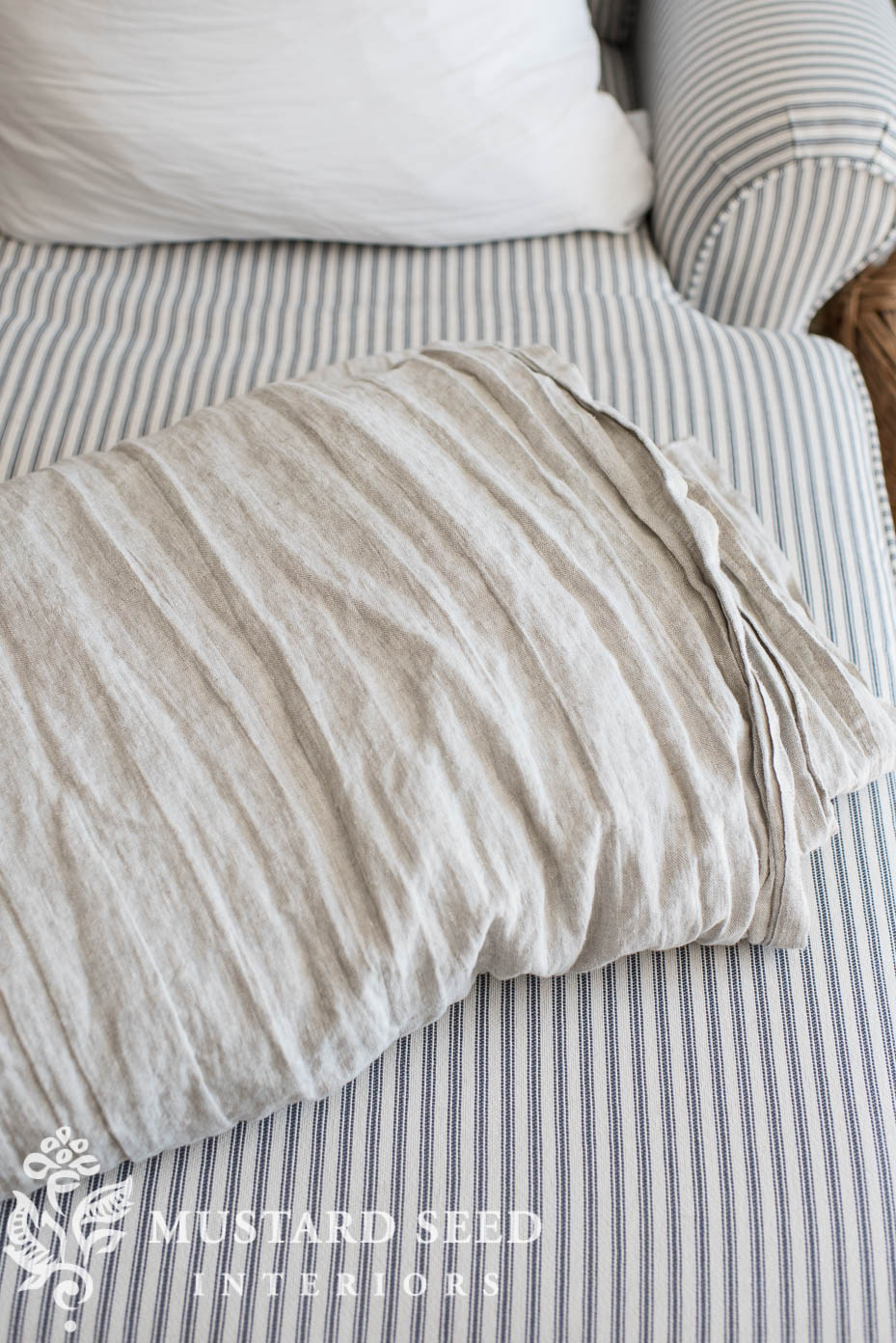 And I washed up a stack of antique linens I’ve been wanting to use as kitchen towels.  Now that I’ve gotten used to using linen towels (you can read about that HERE), I decided to put some from my antique stash to use.  I also have some antique toweling I’m going to cut and sew into more towels. 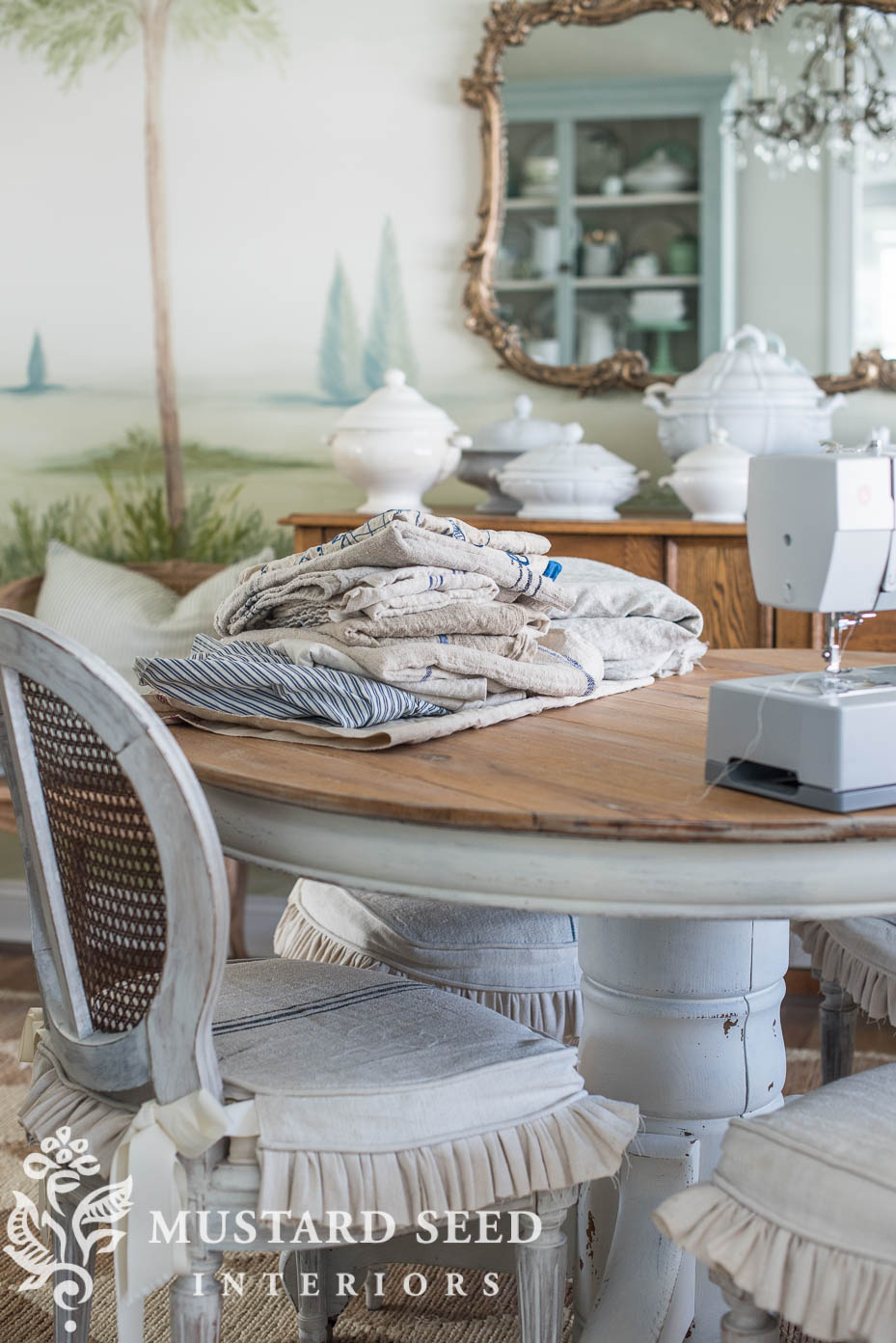 In addition, I did some painting, cleaned and organized the sewing room, hung the birdcage in the living room (I’ll share about both of those in another post), baked another loaf of banana bread, and did some general cleaning. 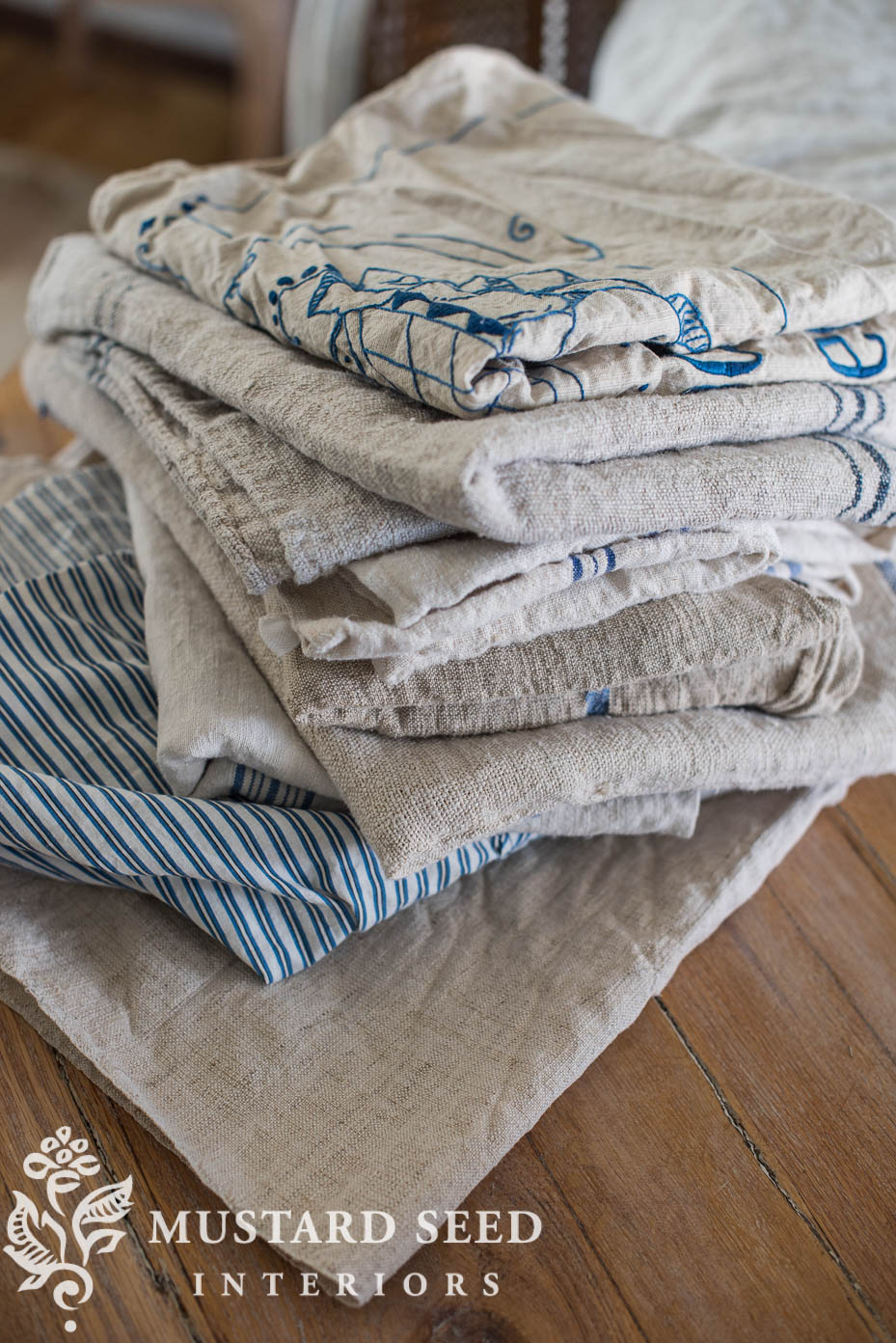 I even got a bee in my bonnet and gave Sebastian a haircut.  He’s been pulling clumps of hair out trying to clean himself and the shedding was getting out of control!  I figured a bad haircut and a good brushing would be better than nothing.  It’ll at least thin out his coat.  It really is a hack job, but I’ll tidy it up when the weather is nicer.

How have you been filling your days as you’ve been staying at home?