As I shared a few weeks ago, I’ll be hanging wallpaper in our guest room (above a chair rail).  Well, my mom is visiting this week and we’re taking that on as our big project.  Hanging wallpaper in an entire room feels like a bit of a risk for me, but a guest room is a good place to take risks.  This particular one is in our basement, so it’s separate from the rest of the bedrooms and the living spaces where we spend most of our time.  Ever since I hung a wallpaper mural in our tiny upstairs bathroom in our last house and saw the visual impact it brought to the table, I’ve been eager to try it again on a larger scale.

And this guest room is one boring box that could use a visual punch to make it special. 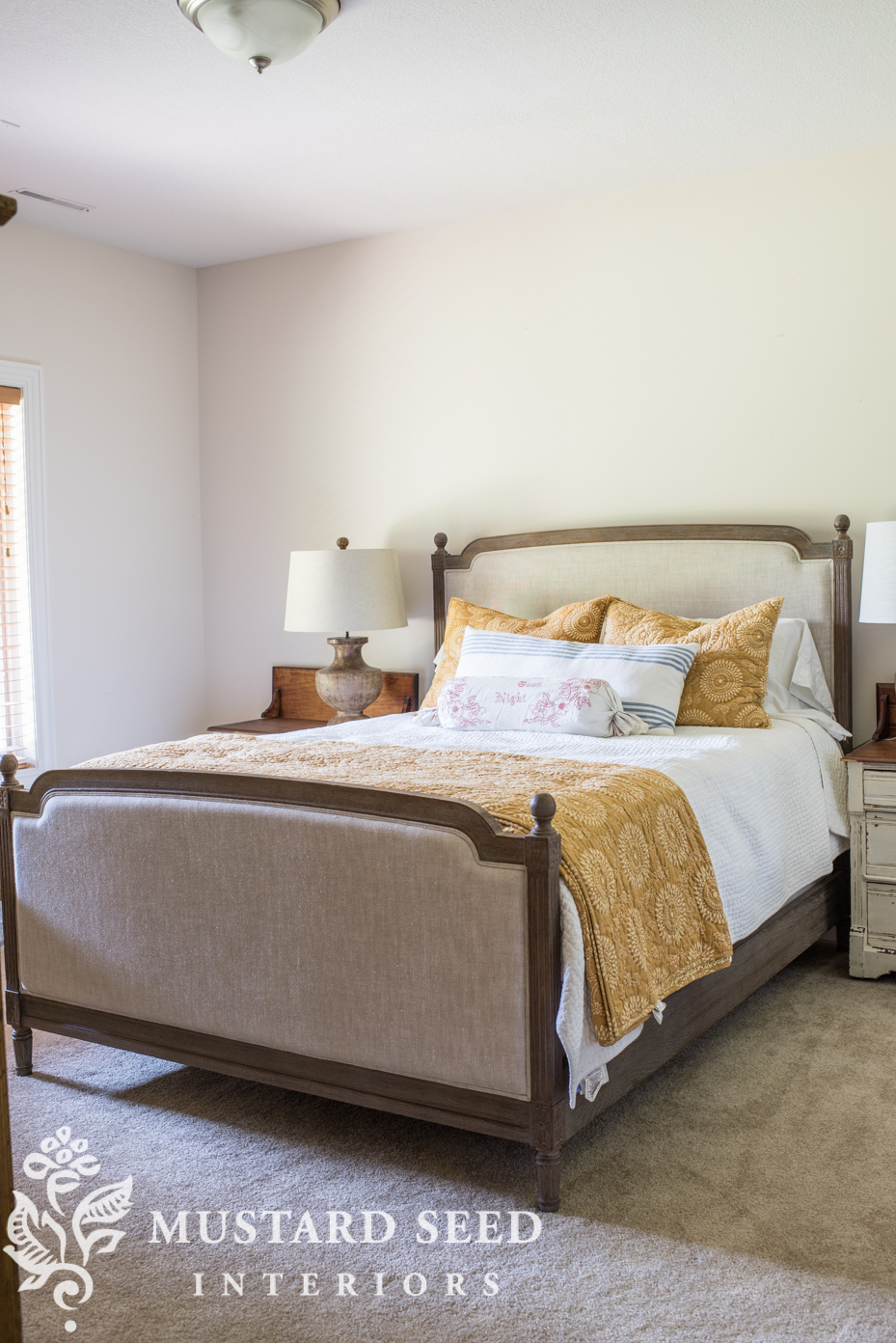 I realize that I’ll be putting a lot of work into something I’ll probably be shaking my head at in a few years, but I refuse to make all decorating decisions based on what I may or may not love in a decade.  I want to make choices that feel timeless and stay away from what is just trendy, but wallpaper in and of itself isn’t trendy.  It’s been around for a loooooong time.  It’s the pattern and the color palette of the wallpaper that is trendy.

I say geese in bonnets and you know that is straight out of the ’80s.  I say hunter green and burgundy and you can picture it in all of its 1990’s glory.

So, I looked through a lot of wallpaper before settling on something that looks timeless to me.

But, I learned something as I was shopping for wallpaper.  First of all, even though I think wallpaper is a rising trend, stores don’t seem to agree with that!  Our Home Depot doesn’t even carry wallpapering supplies like paste brushes!

The second thing I learned is that wallpaper patterns are a lot like impressionist paintings.  They don’t impress when you’re too close.  The magic happens when you take a step back.  And that it very tough when you have to make decisions based on small swatches.  It’s like deciding to buy a painting based on only seeing a little square of it.  You can’t see the whole picture or the effect.  You just need that going into the shopping process.  Most samples will look unimpressive and even disappointing. 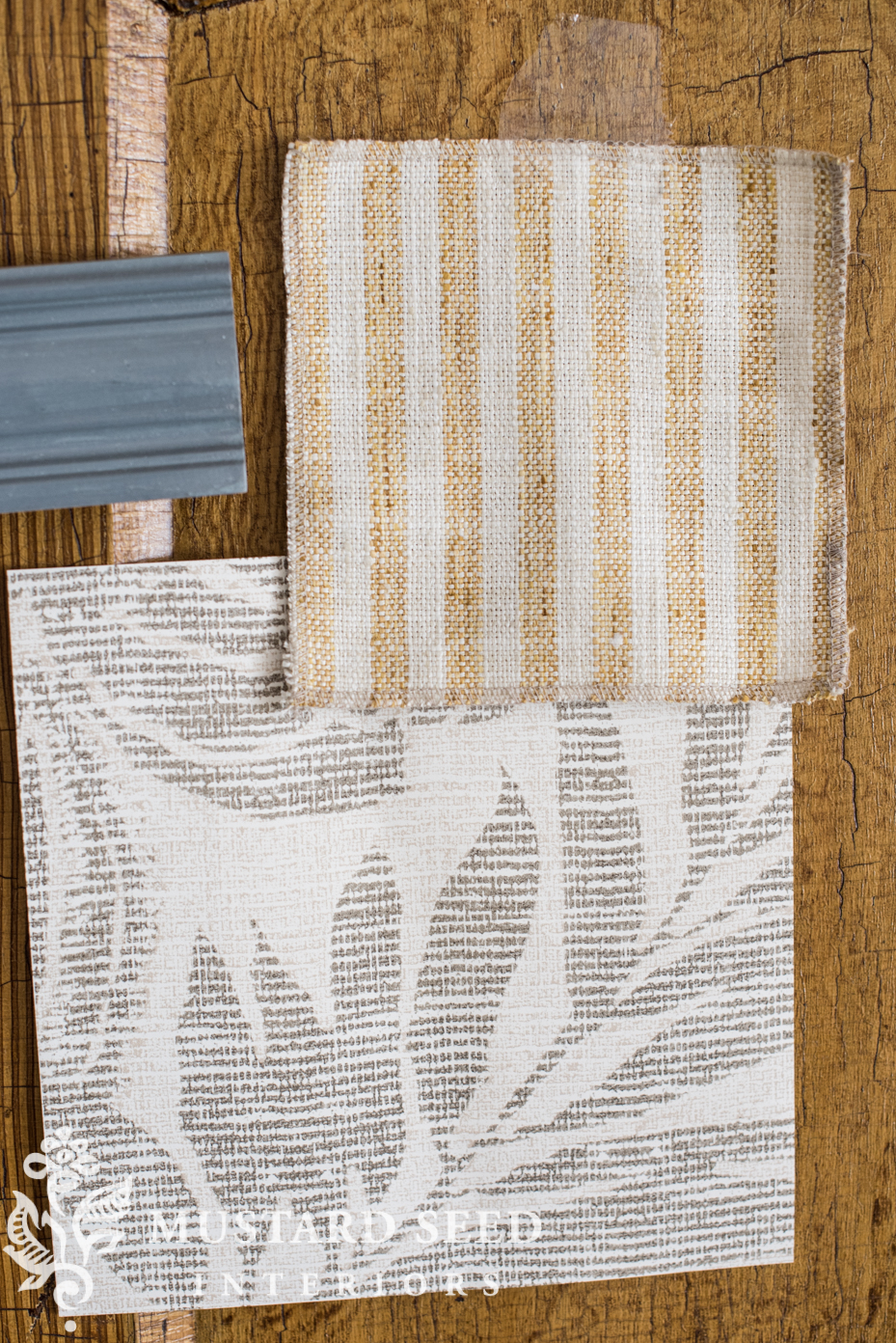 Swatches still are good to get, though, so you can look at color and scale.  Don’t judge the pattern, just make sure the colors look right in your space.

If you can’t see the paper in person (which you can’t in most cases), judge the overall effect of the pattern by the online pictures… 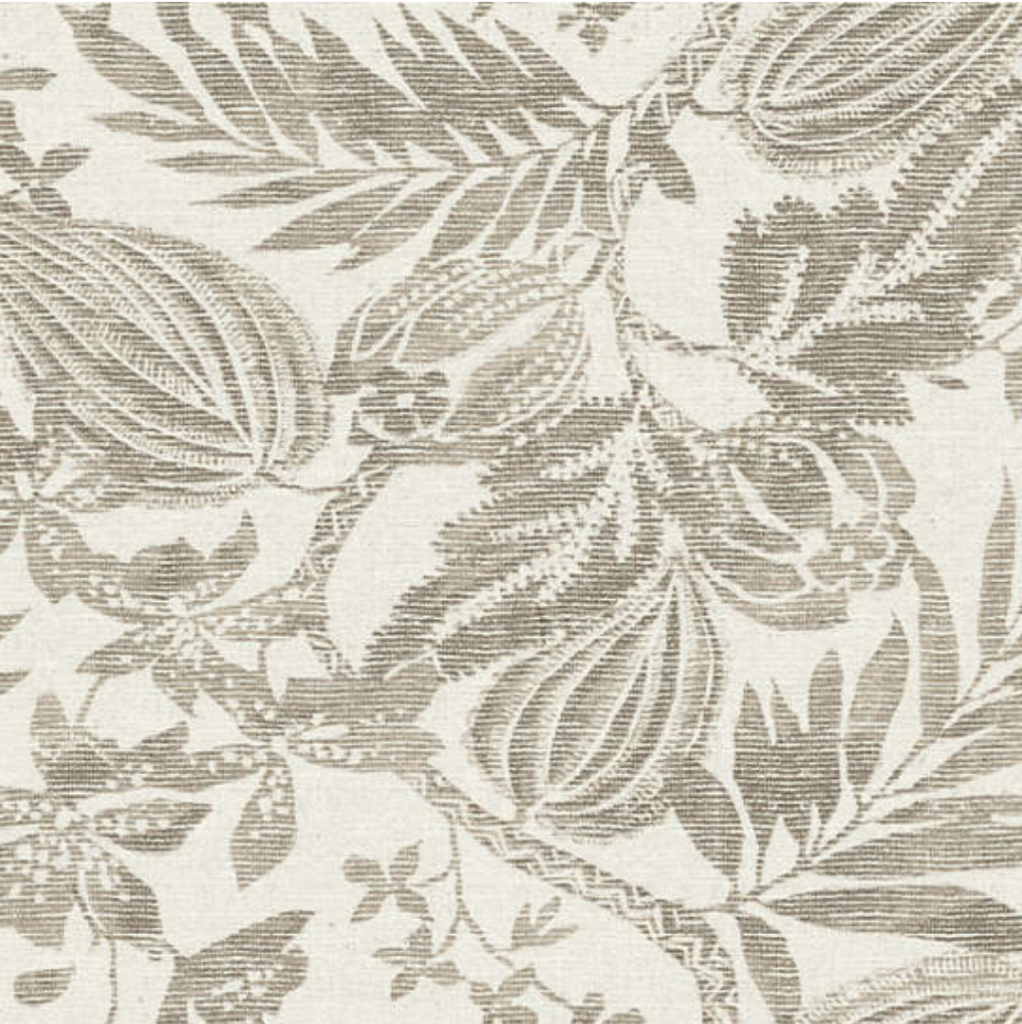 Do you see how much more information the above image provides about the overall pattern?

And it’s even better if you can see it in on a wall in a room.  Most sites will have the paper digitally imposed on a wall, but it still gives you a sense of how it’ll look in repeat. 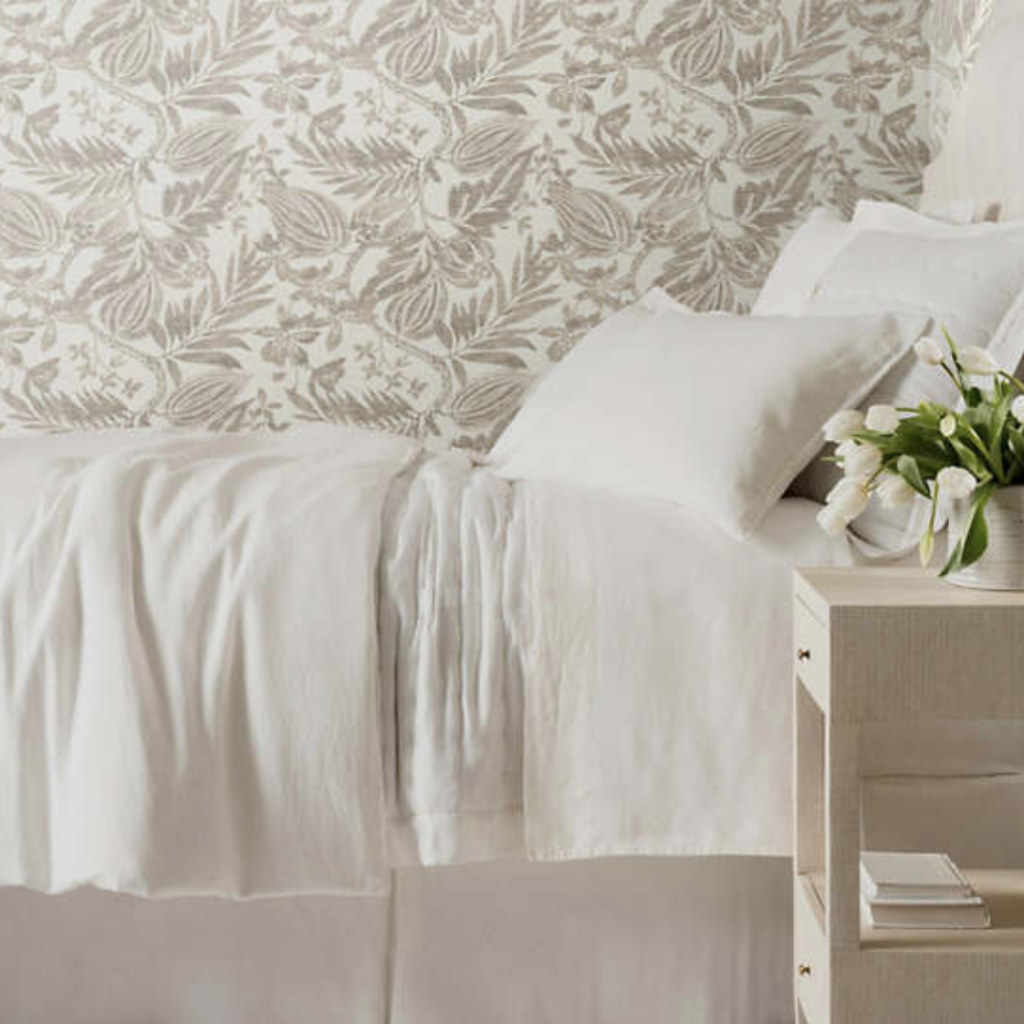 And lastly, if you’re still not sure, buy one roll.  As soon as you roll it out and take a step back, you’ll know if it works for you and your space or not.

So, if you’ve been shopping for wallpaper and haven’t been too thrilled with the swatches you received, just know that wallpaper isn’t meant to be impressive in little squares.  It’s meant to wow on a wall.  And, if it does impress in little squares, chances are it will be a very busy wallpaper!

Does anyone else agree that wallpaper is on the rise again or are you still peeved about the 1980’s and ’90s paper you had to strip?