This year has been a dream-come-true year for me.  I learned a lot about myself.  I found a passion, discovered I was really good at it and realized that my dreams were not as far out of reach as I thought.
In January, I was plugging along..writing a blog, working on my house, painting furniture and selling in a small shop.  I really thought that was how things would stay.  It all changed in August.
I found out the shop that sold my furniture and accessories was closing, which should have been scary, but I had a peace about it.  I was even excited.  When God closes a door, there must be something good around the corner.  I then received one of the most amazing e-mails in my life.  HGTV.com was asking me (a non-designer, non-writer, stay-at-home-mom-of-toddlers) to write tutorials for them.  When I received the contract in the mail, hiring me as a freelance writer, I wanted to show it to the postal worker.  “Did you see who this is from!?!”  I restrained myself, but was giddy all the way home. 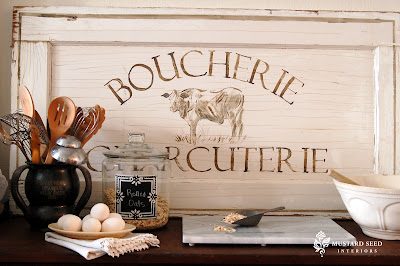 (The glass canister was my first project for HGTV.com)
I worked my tail off preparing for the Old Lucketts Fair in August.  I was scared.  It was my first time going to a fair by myself.  It was the first time that I had complete creative control over the look and what I would bring to sell.  It was all on my shoulders.  What if hardly anything sold?  What if people drove a ridiculous amount of time (ahem…Trinity) to see me and they were sorely disappointed. Well, I was dead wrong on all of those fears.  People came and they bought and bought and bought.  I had to raid my house for new things to sell on the second day and I earned three times more than I had at any previous fair.  One of my largest buyers was Amy from the Lucketts Design House.  I was so honored that my pieces were going to be carried in a place that was so chic.  It was a boost, but one that was slightly weighed down by a question people kept asking, that I had no answer for.  “Where do you sell your stuff?”  Having to tell people repeatedly that the shop I was currently selling out of was closing was a reminder that my future was a little uncertain. 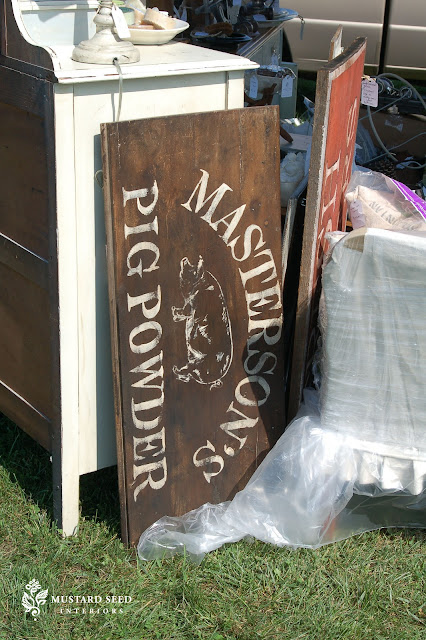 (Stuff waiting to be staged in my booth at The Old Lucketts Fair)
I couldn’t stay down for too long, though.  Right in the thick of the sale, I received another exciting e-mail…a magazine wanted to feature my blog.  I was jumping up and down in my kitchen with tears in my eyes and my hand over my mouth.  My family laughed and cheered as I read the e-mail between gulps, deep breaths and giggles. ( I think I scared my boys, but they’re learning that their mom is a little crazy.)
In September, the uncertainty that had been hanging over my head was eliminated.  I received an e-mail from Lynette, who knew me only from my blog.  “Would you like to be a vendor in a shop I’m opening?” The shop was opening in a small town I had never heard of by someone I didn’t know.  I wasn’t sure if that was going to be the answer, but then I met Lynette.  She had an amazing vision and drive and I instantly knew it was a fit.

(Four of the vendors on opening day at Wild Rose)
Shortly after the grand opening, Lynette asked me to join her in her booth at Chartreuse and Company, a place where my name was on the vendor waiting list.  Perfect.  I moved in with her for the next sale and I now had a second retail space.  Unbelievable.  I also heard from a second magazine about featuring my blog. Can one person take all of this? 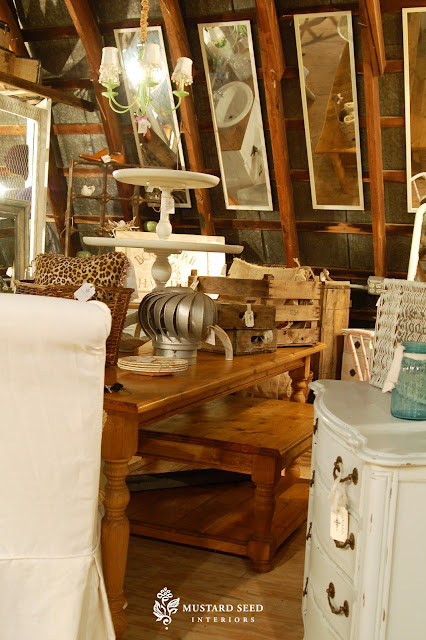 (Our shared space at Chartreuse)
Then, I met Karen.  You know her as The Graphics Fairy.  We got together to hang out and plan to host a Swanky Junque Swap together and it became so much more.  It’s like we were long lost kindred spirits.  We shared so many of the same passions about design, antiques, and being unabashed Francophiles.  She is a veteran in the world of blogging and antiques, so she tucked me under her wing and shared some of her amazing knowledge with me.  She also asked if I would like to sell my furniture and signs out of her room at The Old Lucketts Store.  I didn’t even have to think about it.  That was the place, the dream.  A thousand times yes! 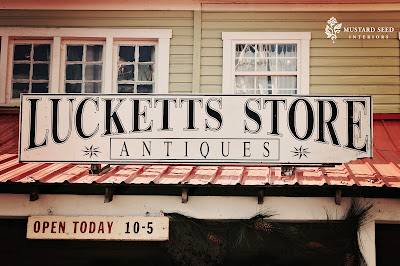 Just when I thought my professional life had to be at the peak, I received another exciting e-mail.  Cottages and Bungalows magazine wanted me to write for them.  I would say it was a dream come true, but I didn’t even know I could have that dream!  People who wrote for magazines were industry insiders and those who went to school for that kind of thing.  Not me.  Shows how much I know!
So, here I am on December 31, 2010, humbled at how God has blessed my business.  Moving mountains, indeed.  I went from selling some things on consignment and pecking away at a keyboard about it to being an entrepreneur, a professional writer and designer.
Whew.  What a year.
What’s in store for next year?  Well, after the exciting year I just had, I can hardly begin to guess!
Here are some things I have planned and we’ll see what else comes up along the way…
One January 6th, I am meeting with True Value to claim my prize and receive a consultation on my bathroom makeover.  The gut job will then commence and I’ll share the transformation step-by-step.
At the end of January, I will be attending my very first blogging conference, Blissdom!  I cannot wait to meet some of my blogging buddies and it will be amazing for me to stay in a plush hotel room and eat meals that I don’t have to cook.
Lucketts has their biggest sale of the year on Groundhogs day, so you should try to attend if you’re local.
Look out for a video slipcover tutorial series on my blog.  I’ll show techniques and short cuts on different styles of upholstered furniture.  This series will hopefully become a resource for you and a place for beginners to get the courage to venture into the world of slipcovers. 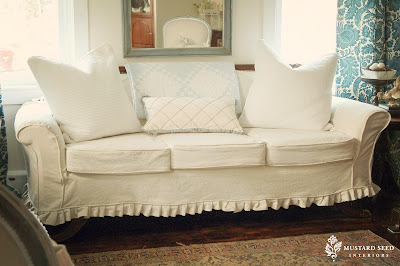 In May, I am attending the Lucketts Antique Market as a vendor on the 21-22, followed up with designing for a romantic farmhouse wedding on the 29th.  May is going to be nuts.
I am going to continue working on my book and I hope to release it in the first half of the year. 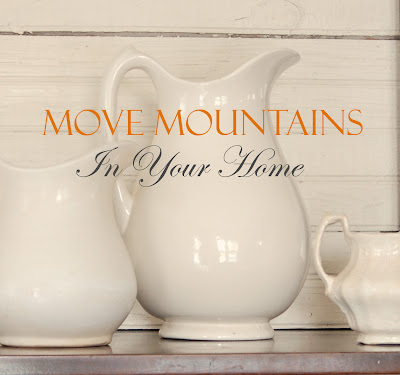 I have a few other exciting things up my sleeve, so make sure you follow along and don’t miss a thing.
Thanks so all who have followed me on my journey this year.  You have been an encouragement to me, more than you know.
Happy New Year!

5 tips for building a killer collection

A Cow Toile & “A Touch of Farmhouse Charm”