You caught a glimpse of the melodeon I purchased from the old schoolhouse/music hall in yesterday’s post, but it was buried under a bunch of stuff.  Here is where it ended up in our house and how it looks after a good cleaning and polishing with some MMS Milk Paint Hemp Oil. 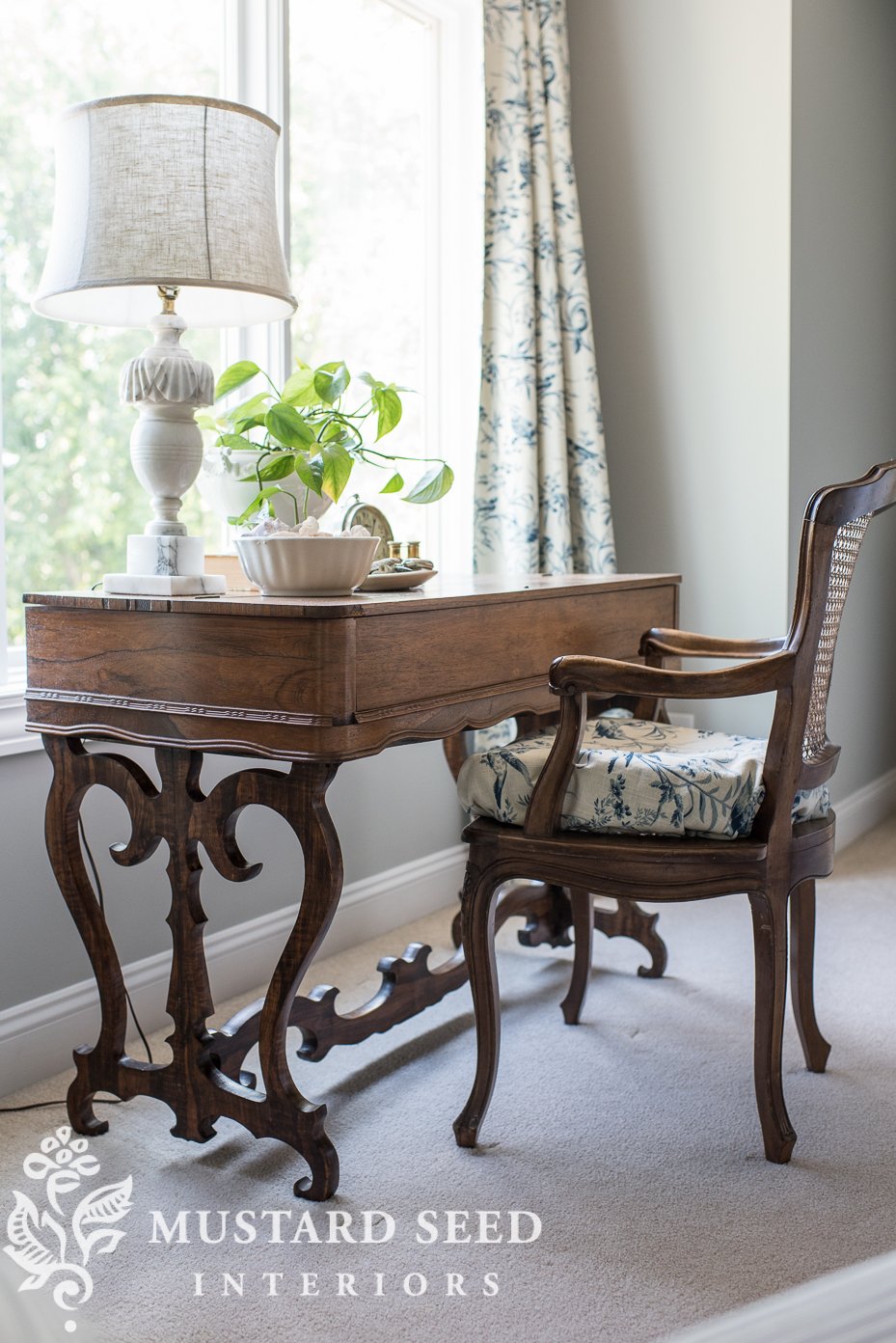 I have been looking for something to go under the master bedroom window since we moved here and I haven’t found anything that hit the nail on the head.  I had a $50 thrift store desk there for a while, but it was more of a place-holder than anything else.  I moved that desk into the sewing room and put the melodeon in its place. 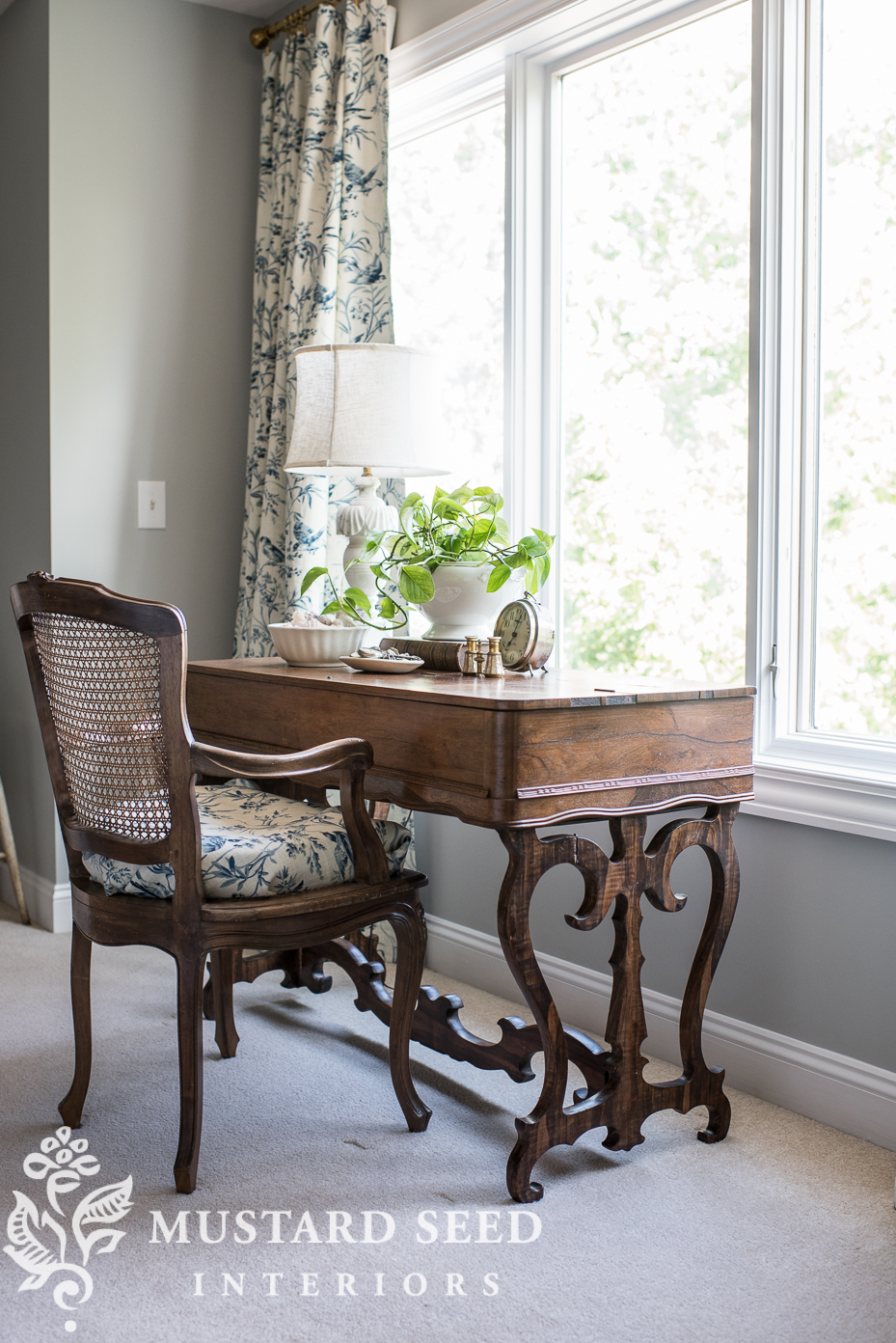 (I wrapped some fabric around the seat cushion for now, but I’m going to fix the seat and upholster it.)

The style of this piece fits much better with the French wardrobe and French-style bed frame.

What I didn’t know when I bought it is that the stretcher can be removed and the legs fold up, making it portable.  A part of me wishes the keyboard was still inside and it was in working condition, but it’s just the empty case.  Here’s how it would look if it was still a functional instrument… 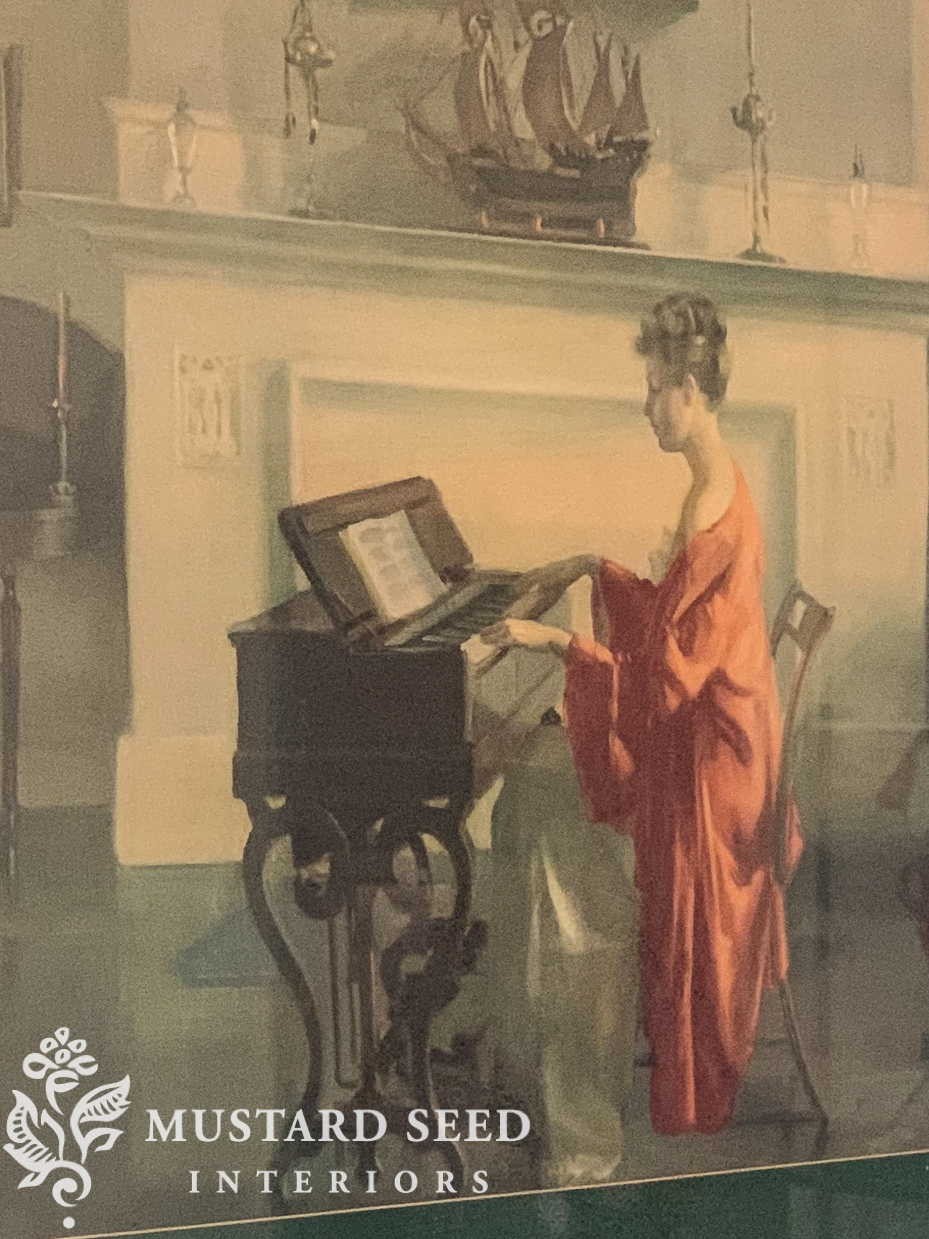 Wouldn’t it be fun to play on a mid-1800’s travel piano?  (I think it was actually considered an organ.)

One reason why I love this piece is the warmth of the wood.  It really is beautiful. 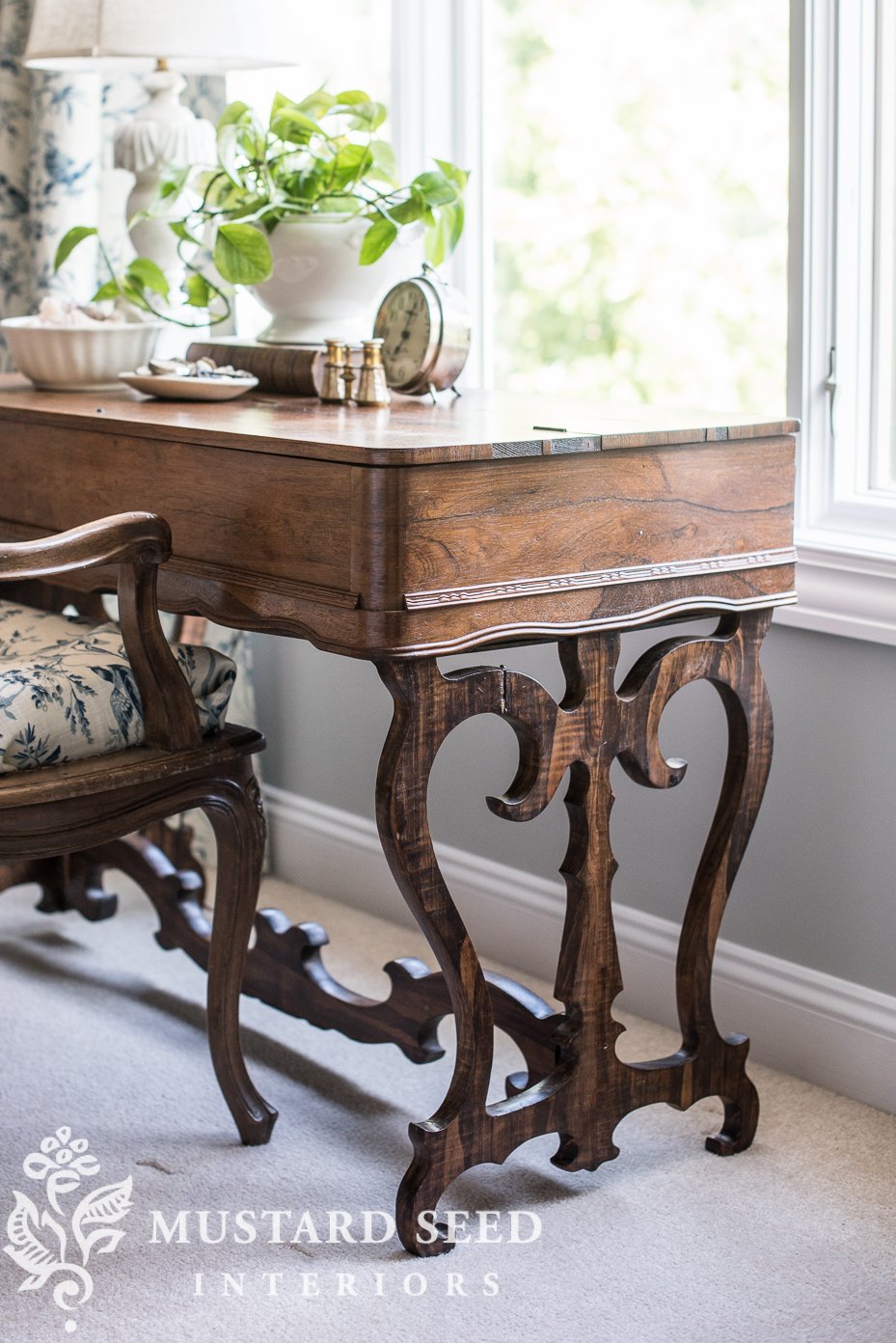 For now, I’m just using it as an occasional table.  I have it set up like a desk, but we’re not going to use it as a desk since it’s an awkward height. 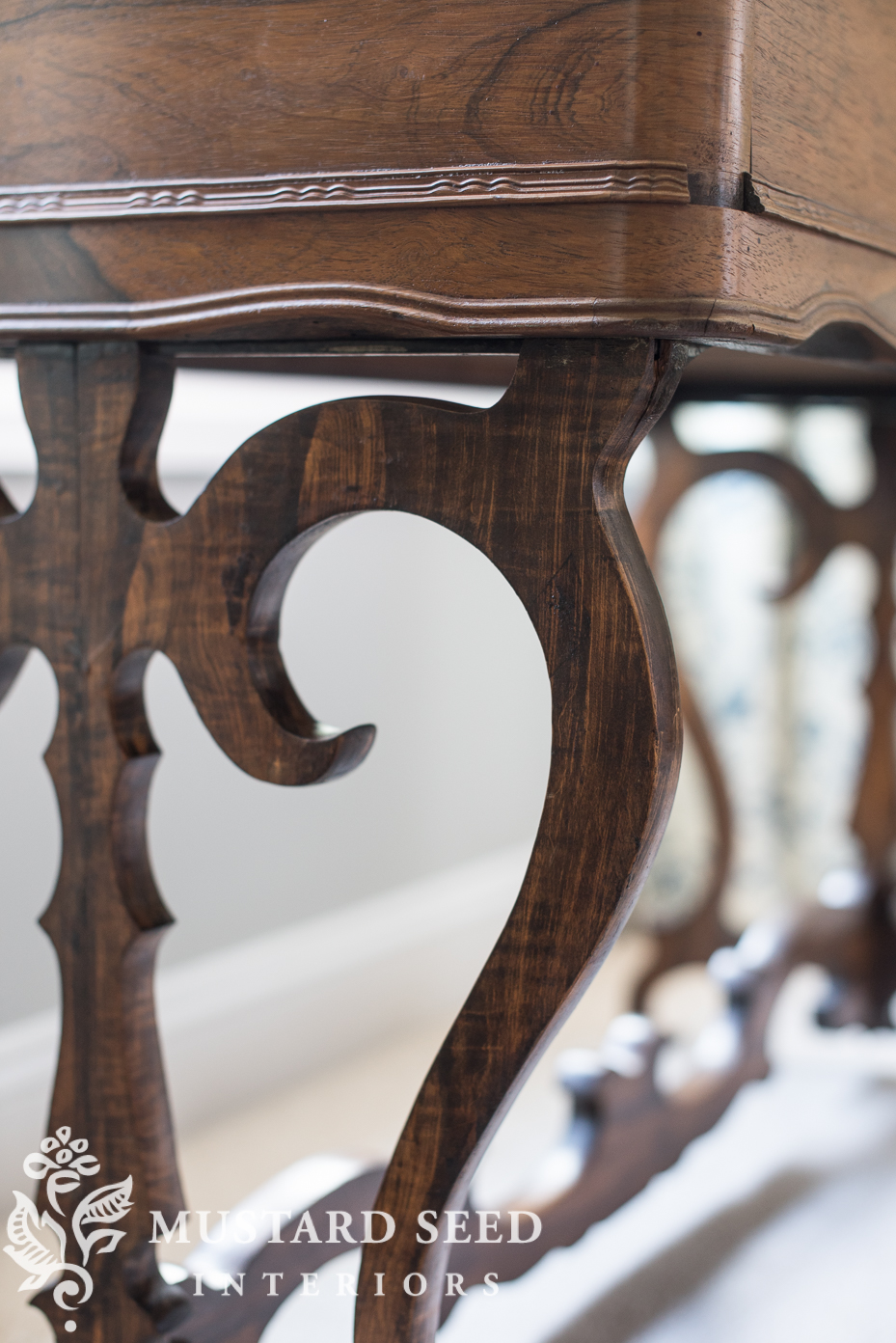 The wood was in pretty good shape, but the Hemp Oil cleaned it up and brought back the shine. 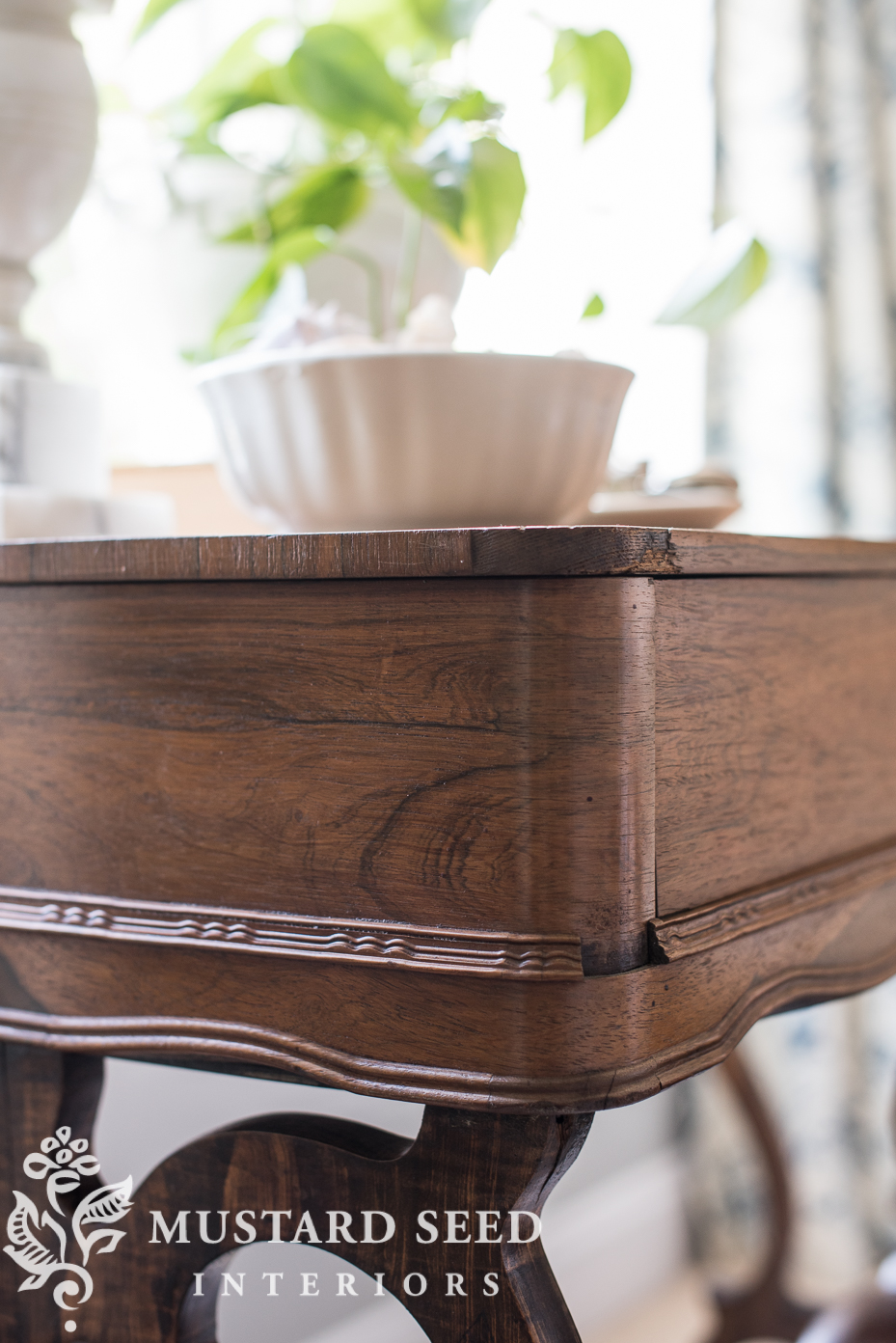 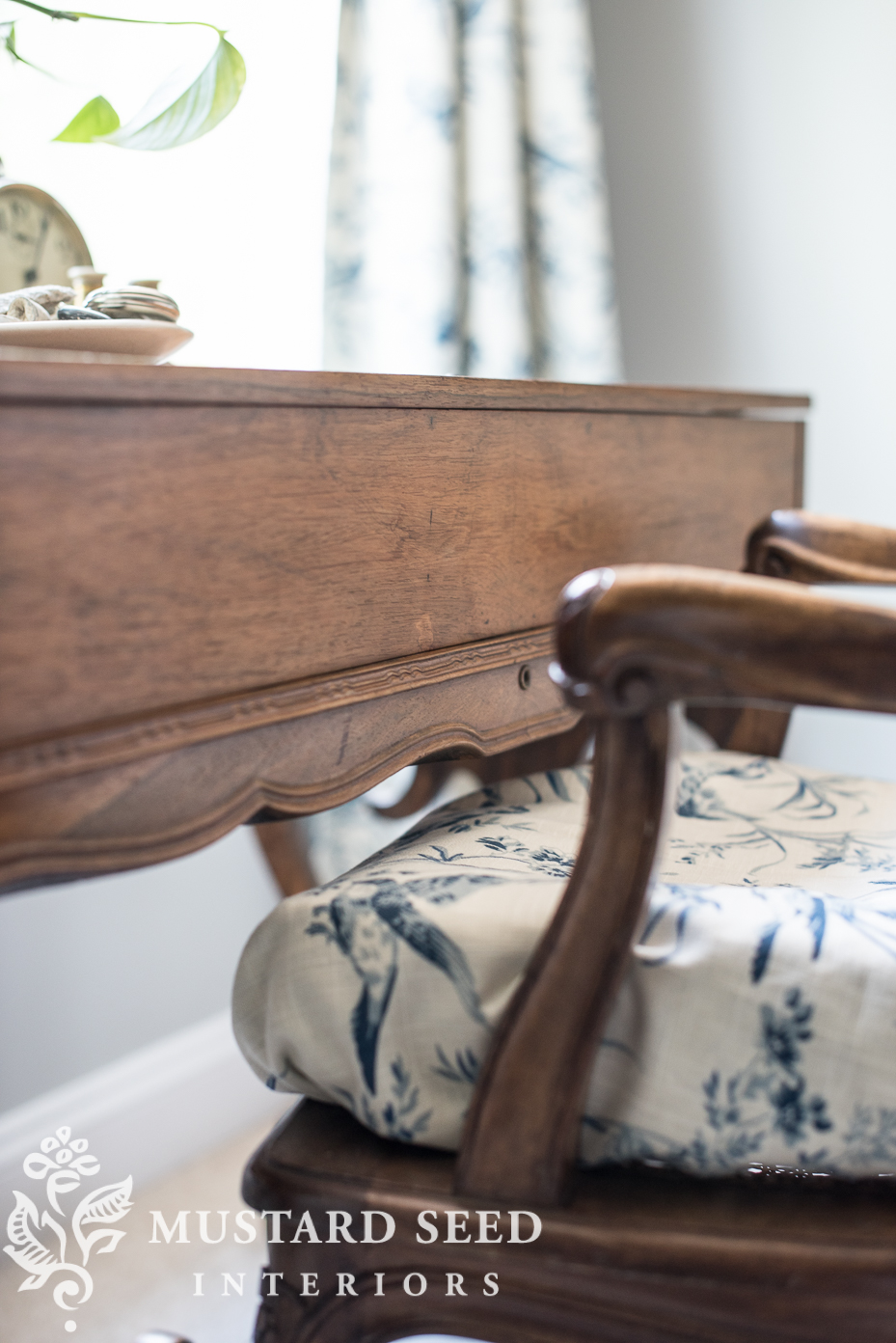 There was a bit of sun-fading on the top of the case, so I might refinish it at some point to fix that, but I’m going to leave it alone for now. 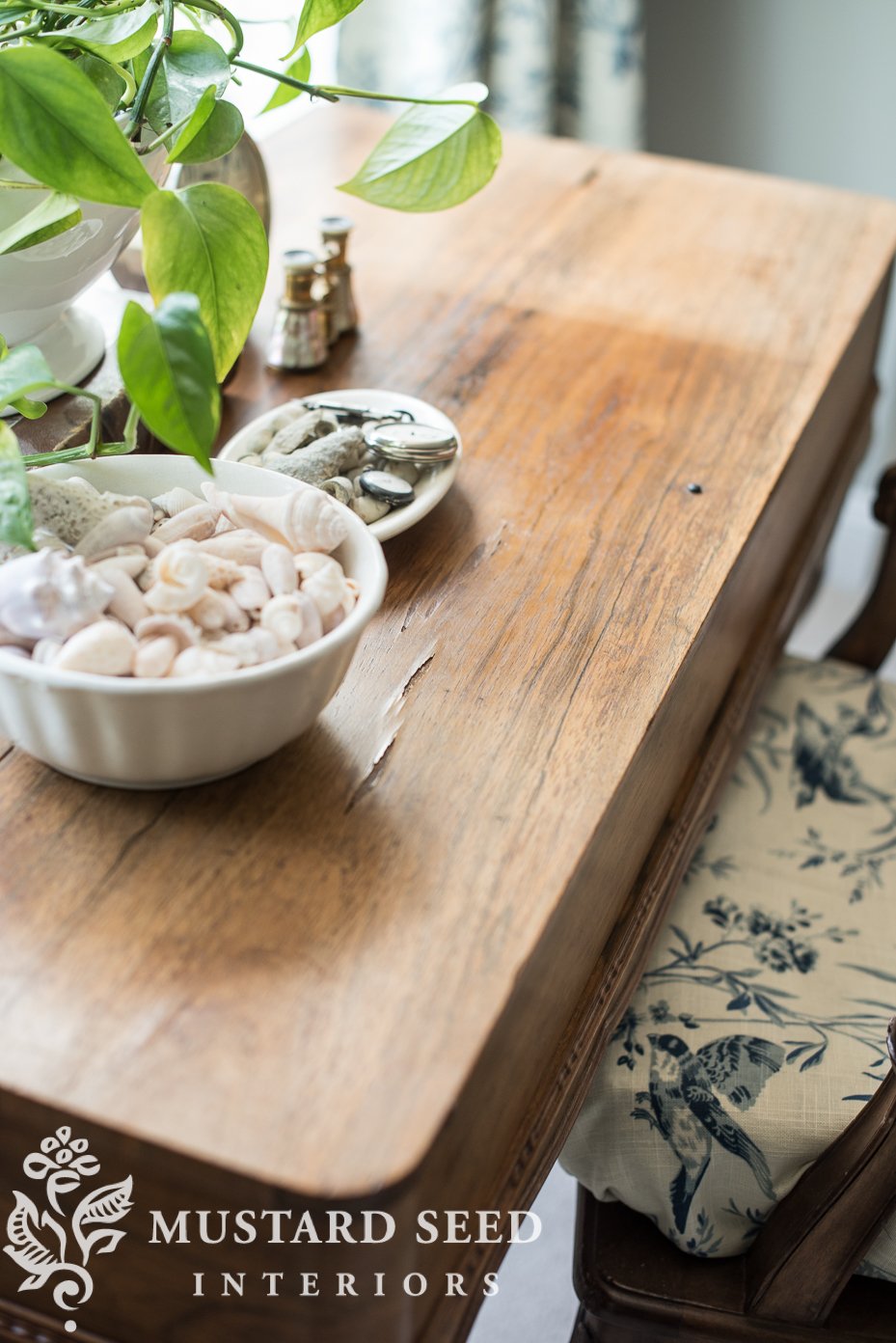 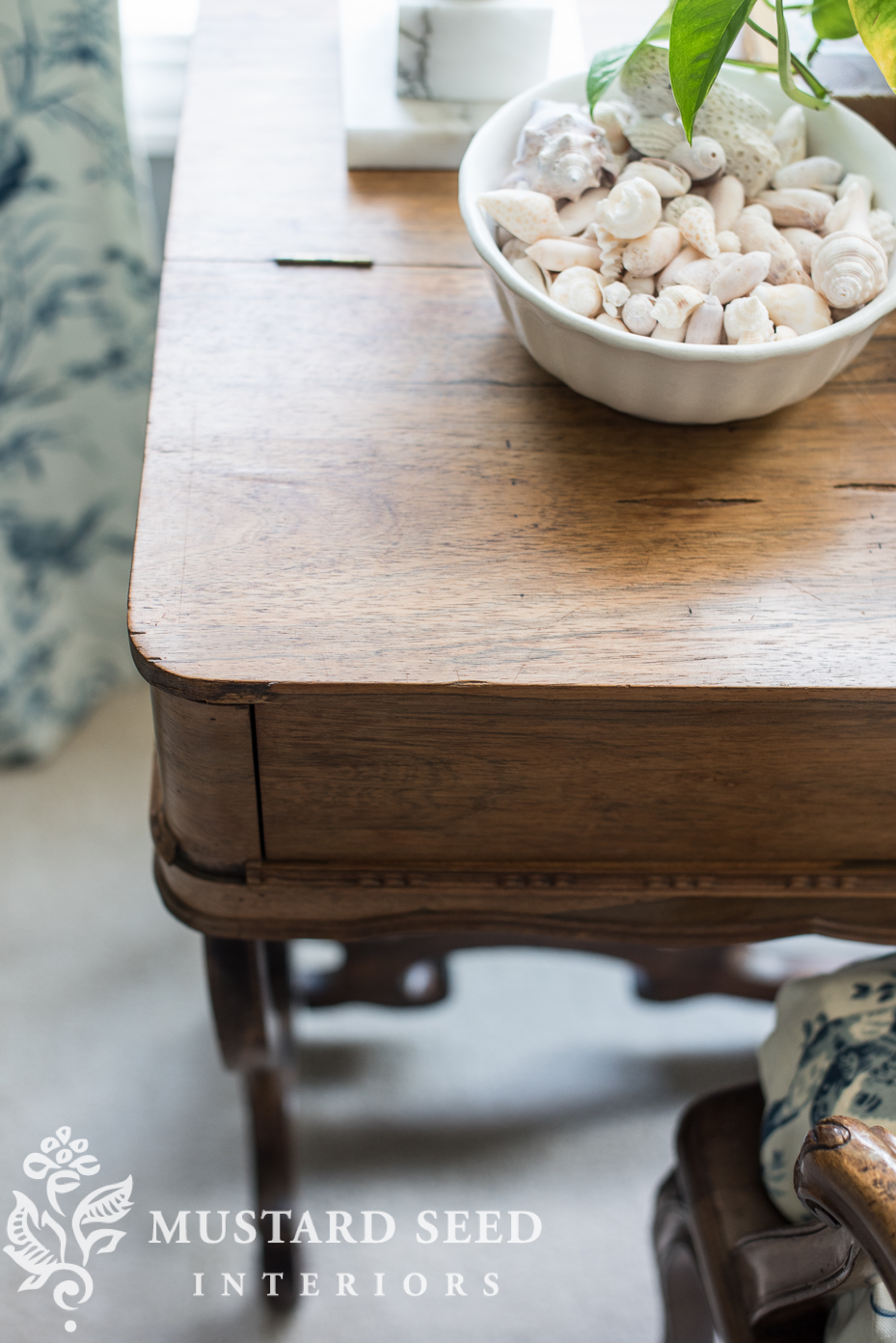 I wish I knew the story of this piece…what songs have been played on it over the years?  How many families gathered around it to sing hymns and carols?  How many children learned to play on those keys?

I’ll always be left to wonder, but I love that pieces like these carry around silent stories and I can bring them into my home. 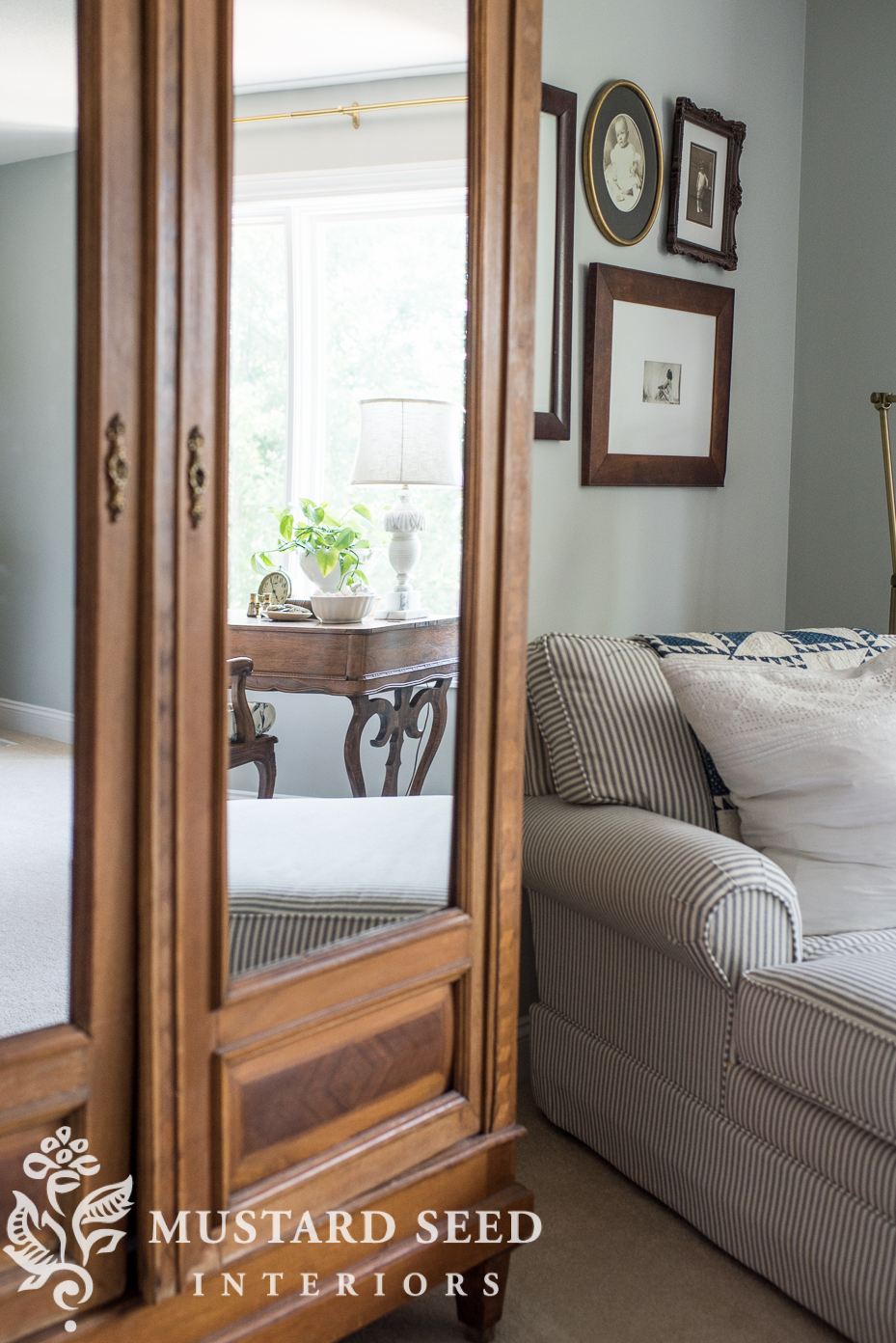 five tips on shopping for fabrics

41 Comments on “the melodeon”