I think this debate has been happening for decades, but it’s been taken to the public forum of social media over the past few years, so it feels like more of a “thing.”  When should you decorate for Christmas?  There is the “pull out all of the decorations when the clock strikes midnight on Halloween” crowd on one end and the “don’t decorate until December 23” on the other end.  I think most people fall somewhere in the middle…starting the Christmas decorating between a few days before Thanksgiving through early December.  In my house growing up, we had to wait until Thanksgiving.  No matter how much I pleaded and begged to put the tree up and usher in Christmas a little earlier, we waited until Thanksgiving and I carried that into adulthood. 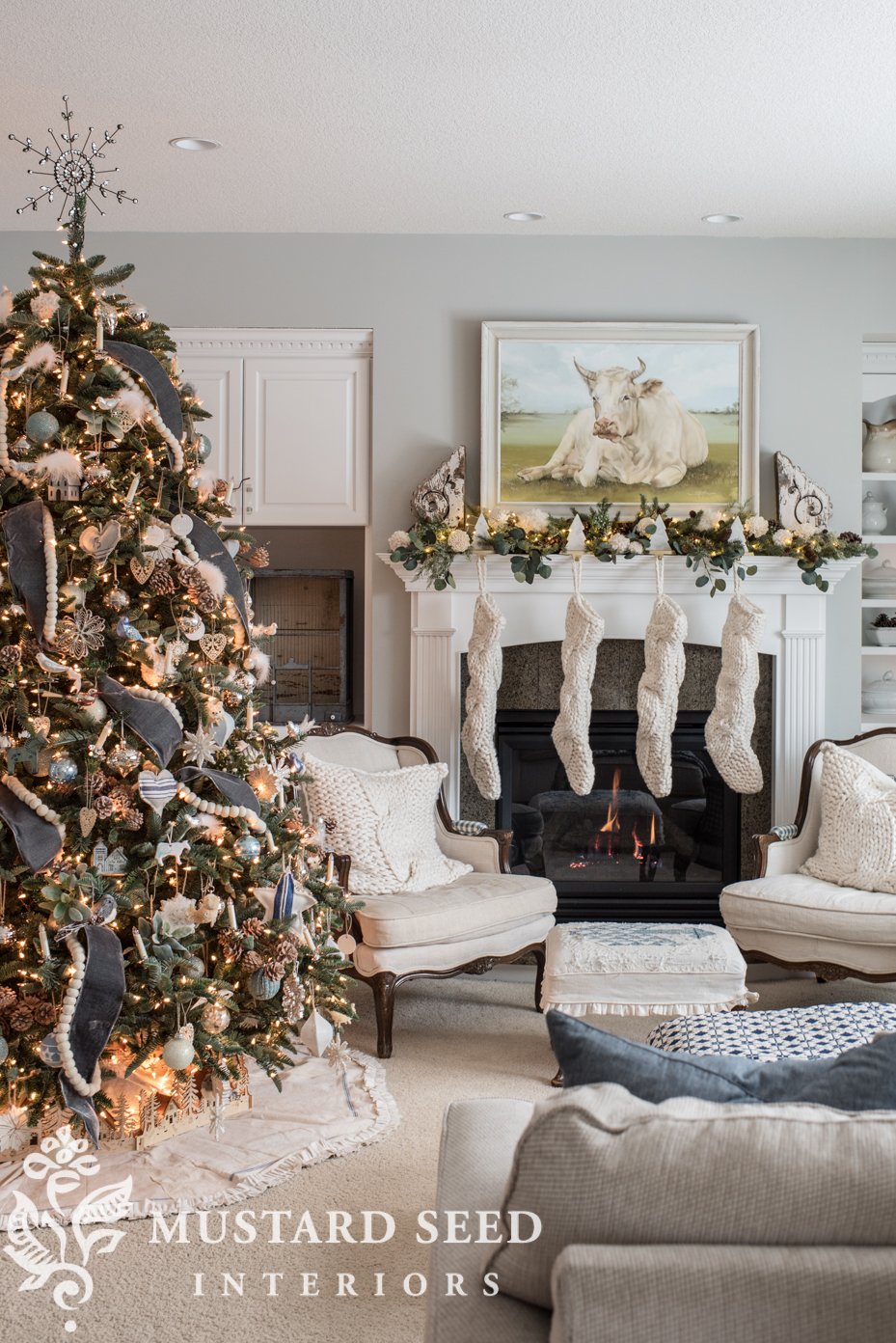 When I started my business, though, that changed.  Christmas decorating was dictated by the pace of the two industries I straddled – retail (for the spaces where I sold my furniture and antiques) and content creation (for the blog, magazines, and online home decorating sites.)  There was one particular year when our Christmas tree stayed up until February for a magazine shoot, I set up another one in April for some HGTV tutorials, I put up another one in September for product shoots, and finally, unenthusiastically decorated in November for actual Christmas.  Needless to say, I was tired of decorating for Christmas that year!

The bright spot of that chaotic year, though, was that it got me thinking about when I actually want to decorate for Christmas.  That sweet spot for me is around Thanksgiving.  Maybe a couple of days before, maybe a couple of days after, but somewhere in that neighborhood.  That allows me the opportunity to build up some excitement while enjoying the glow of the tree lights and the ambiance of the holidays for a little over a month.  It means I’m not sick of Christmas music or ready to tear everything down on December 26. 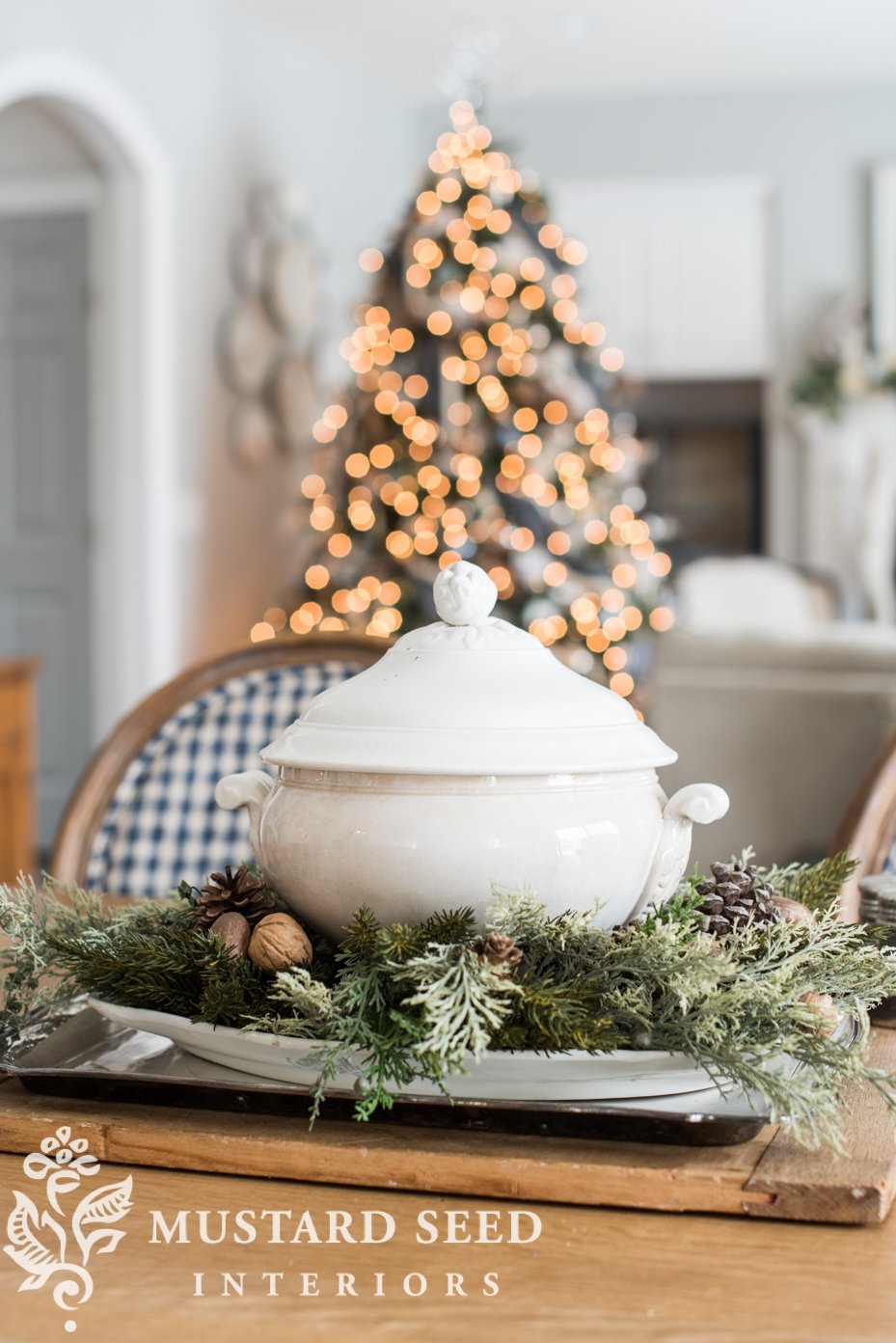 What we’re seeing play out on social media is making the debate on the appropriate time to decorate for Christmas a little more intense, even nasty in some cases!  There are people who genuinely want to start decorating on the early side, so they do it and they share.  Then, there are bloggers, creative entrepreneurs, and influencers who are obligated to put their decorations up earlier than they might naturally because of a blog hop, a sponsored post, a photoshoot, a product launch, etc.  Seeing people decorate for Christmas in October or early November combined with Christmas displays that have already been in stores for weeks makes those of us who haven’t put up our tree feel like we’re behind.  All of the cool kids have their trees up, so why don’t you??  And we’re reminded of all the to-dos that are heading our way…shopping, wrapping, baking, events that typically happen when a pandemic isn’t keeping us at home.  When looked at from that perspective, Christmas decorating can start to feel like a contest, a competition, a race, or even a place of judgment.  You’re too early!  You’re too late!

I don’t think the words, you’re-too-anything should be applied at Christmas unless the anything is generous, loving, awesome, amazing, and/or cool.  Other superlatives would be acceptable.  But, you get the idea.  We’re taking our own idea of what’s right, good, and perfect for us and putting it on other people.  And when we walk away from social media feeling shame about our own Christmas decorating…because it’s early, it’s late, it’s not enough, it’s too much, etc., then we’re turning it all into one big competition and assess that we’re losing.  We start to haul out the bins of decor with a chip on our shoulder. 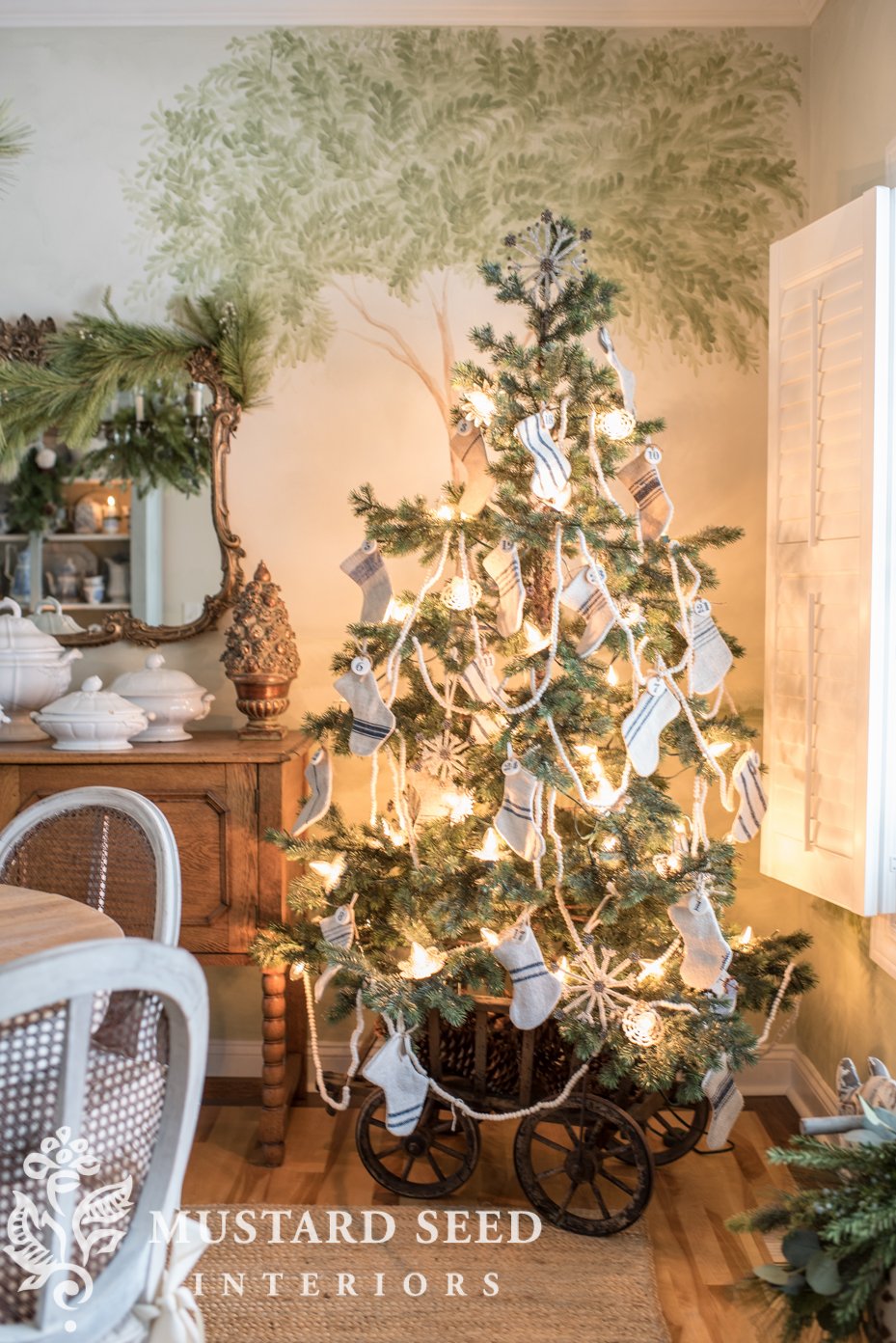 Last week, I found myself feeling behind, like I needed to get my act together and start getting some Christmas decorations up.  I was sliding into the notion that I was somehow not doing it right.  But the truth is, it’s still a little early for me.  I have other things to work on that are a higher priority.  And Christmas will come on December 25 no matter when the tree is erected and lit.

Instead of looking at early decorations and store displays from a negative perspective, let’s flip that around.

First and foremost, there isn’t a right time to decorate for Christmas.  Put your tree up in August if it makes you happy!  Don’t let anyone make you feel like you’re “decorating wrong.”  Decorating is an art, a form of self-expression.

Second, the stores, magazines, and influencers start Christmasing early intentionally.  They want to pave the way and provide inspiration for those who will be decorating, wrapping, baking, and caroling in a few weeks.  I do agree that it can make you feel pushed out of one season into another.  We’re talking about back-to-school in June before we’ve had a chance to savor the summer and we’re reading about diets and decluttering before we’ve enjoyed the last of the Christmas leftovers. 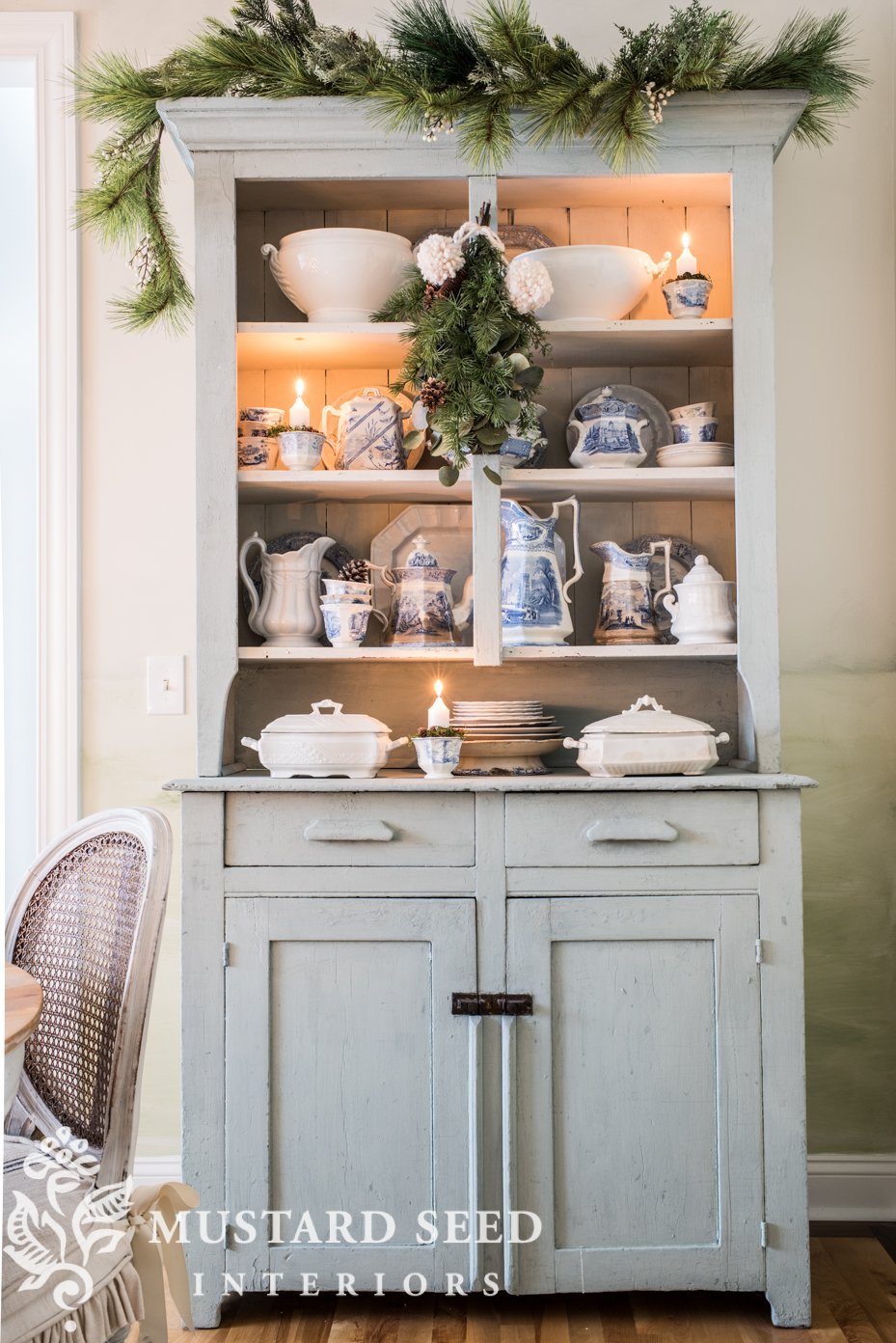 I think we all know it’s okay to go at our own pace, but it’s still easy to feel prodded along.

Instead of dwelling in that place, let’s accept the inspiration that is useful to us, the things that encourage, inspire and motivate.  We can save the ideas to implement in our own time.

When is the right time for you to decorate for Christmas?