In my post reviewing our progress on the new home in 2017, I shared that there are rooms I haven’t showed here, yet.  In fact, I haven’t showed the entire basement!  In addition to the utility room and some storage, there is a family room, a playroom, bathroom, and a guest room down there.  It’s a walk-out basement, so even though it’s subterranean, it has pretty nice light and high ceilings.

We initially planned on setting up my business down there.  The main room is wide open and would give me plenty of space for art, office work, painting, sewing, and upholstery.  Before we moved in, we began to really examine how we could best use our spaces for our family and my business.  We came to the conclusion that the basement was just too perfect for a family space to use for my business.  So, my business is spread over a few smaller rooms and the basement is used as our family room and play room.  It was a great move. 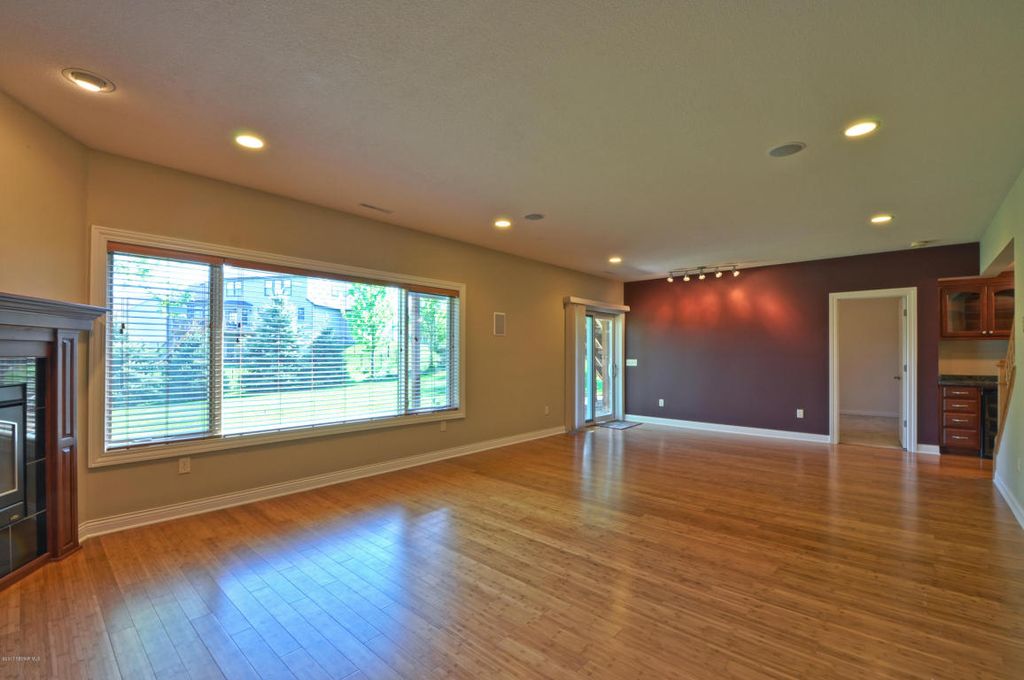 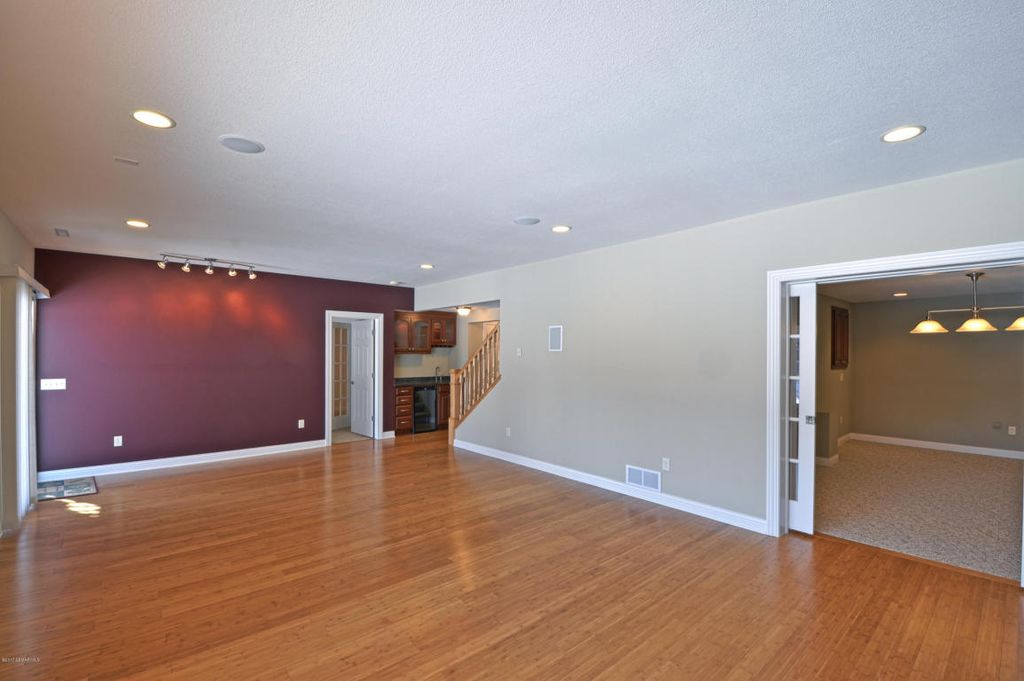 It’s an internal room without any windows, but it’s perfect to use as a playroom. 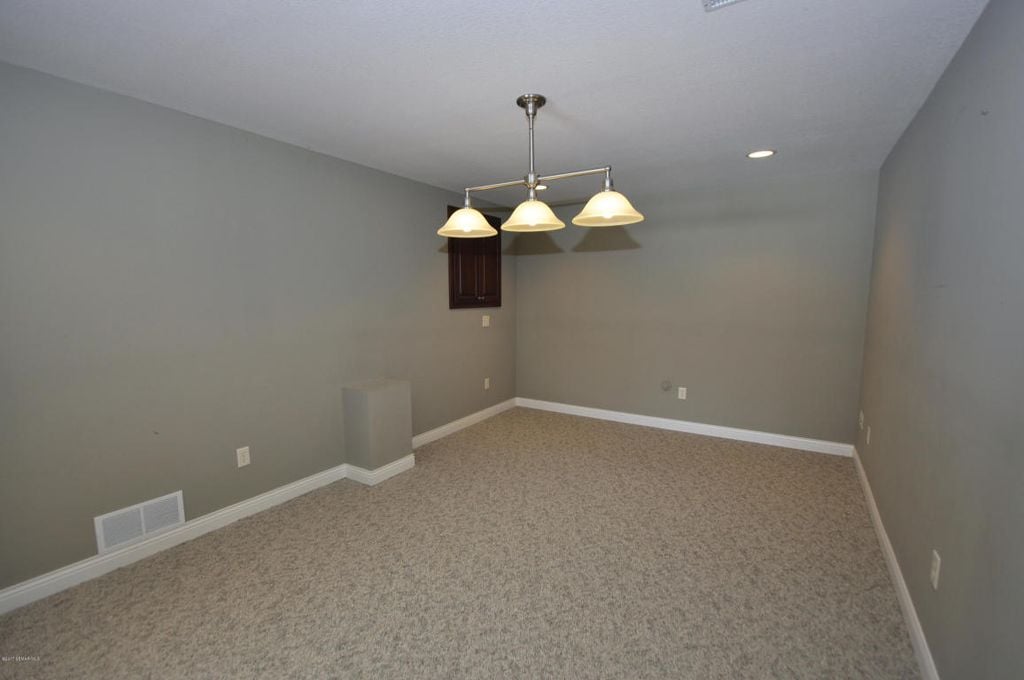 I would take a picture of it today, but just imagine Legos and plastic tubs all over and you’ve got a pretty good idea.  We have a couple of wire storage shelves from our previous basement to keep (most) things up off the floor.  We also have the TV cabinet and TV from our last family room in there on the back wall… 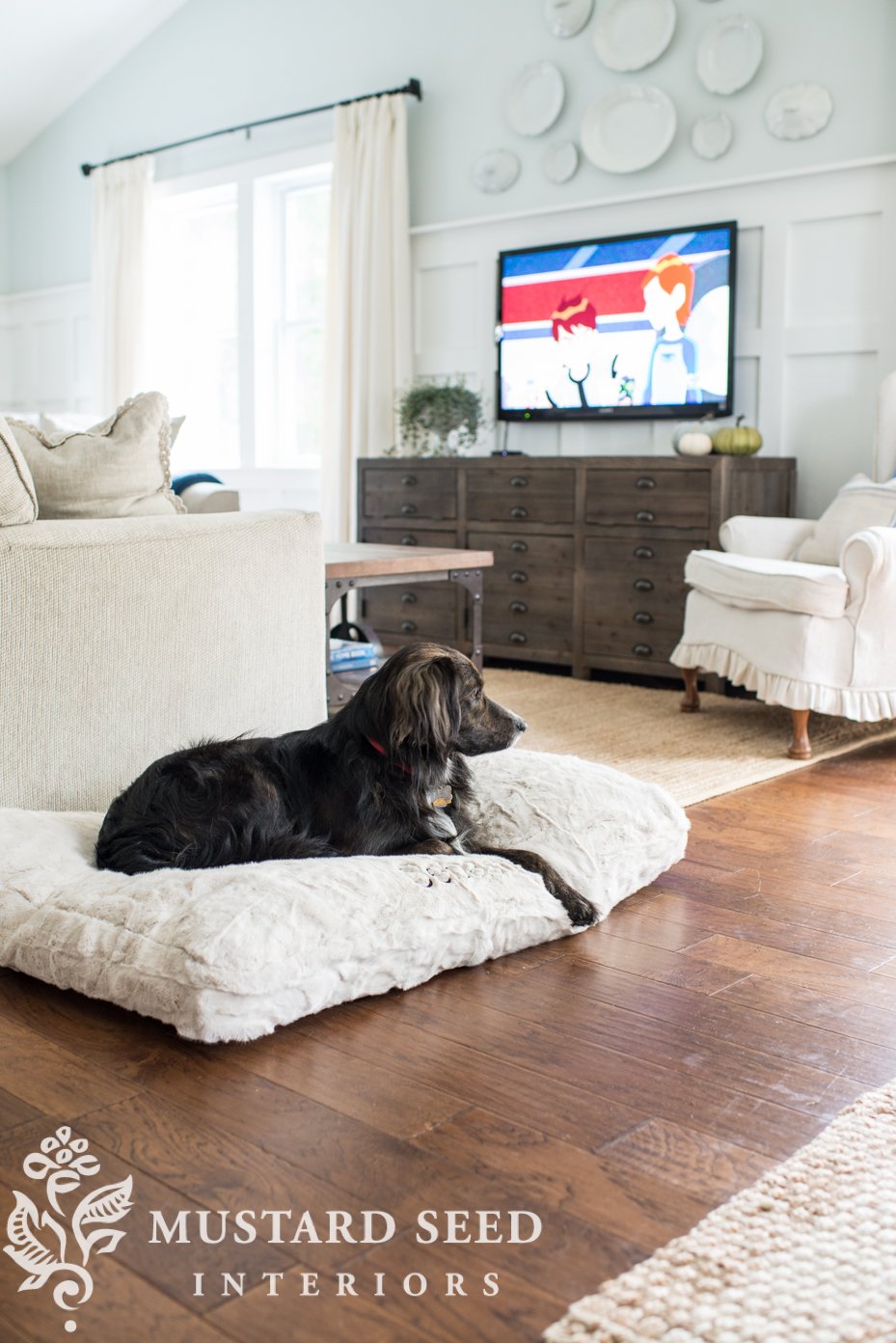 With those pieces to build around and, given that it’s a boy-cave, I decided to go in a moody/industrial direction.  Yeah…different for me!  I want to design a room that will grow with them and be a great teen-hangout in just a couple of short years.

The first thing that the room is in desperate need of is good storage.  Right now, there just isn’t enough of it and, what we do have, isn’t meant to be used the way we’re using it.   The large wire shelving is sturdy, but Lego pieces and small toys fall through the shelves and the Lego Star Wars and Bionicle guys (hopefully you know what I’m talking about) won’t stand up.  This might seem trivial, but the boys would like to stage their guys on the shelves when they clean up the basement.

I have been looking at shelving options for a few months.  I’ve scoured craigslist regularly and have come up empty.  I’ve also looked at Ikea, thinking that would be an economical, yet stylish option.  They do have some great bargains, but by the time I added up all the shelving I would want, it would be over $600.  Even then, I was concerned about the shelves being deep enough for bins and baskets of Legos and toys and I really didn’t want to spend that much on shelves for a playroom.

So, after lots of hunting around, I bought three Iron Horse Riveted shelves from Target for $105/each.  I liked the cost, I liked that they are very sturdy, and I liked the gray color.  At 18″ deep, they are plenty deep for bins and baskets, even larger bins for bulky toys.  The shelves are solid, so we can also display Lego “creations”  and “guys” without pieces and legs fall through the cracks.  And, while the shelves are more suited for a storage room, they don’t look like it…as much. 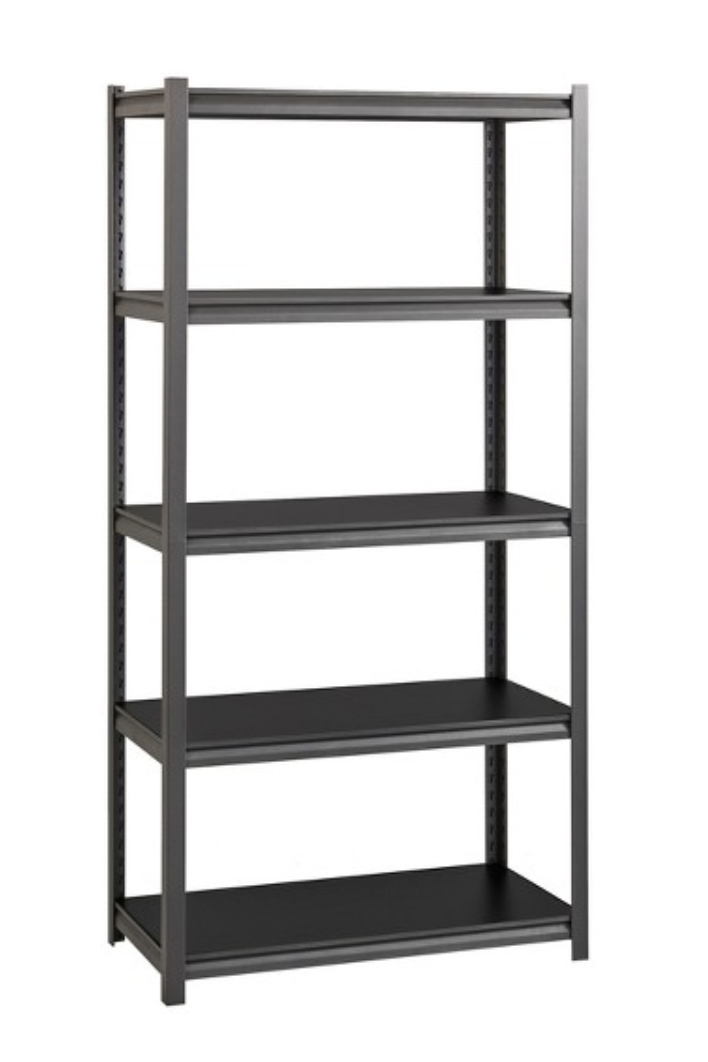 To make these shelves look even better, I’m going to paint the wall behind them black.  The black paint will make the shelves just disappear into the wall and feature the stuff that is on them instead.

I am considering using black chalkboard paint, so the walls can be customized depending on what the boys are interested in.  Sort of like a temporary mural.  Can you imagine the moon, stars, maybe an X-Wing or the Death Star?  We could do super heroes or characters from their favorite games or just let the boys and their friends doodle. 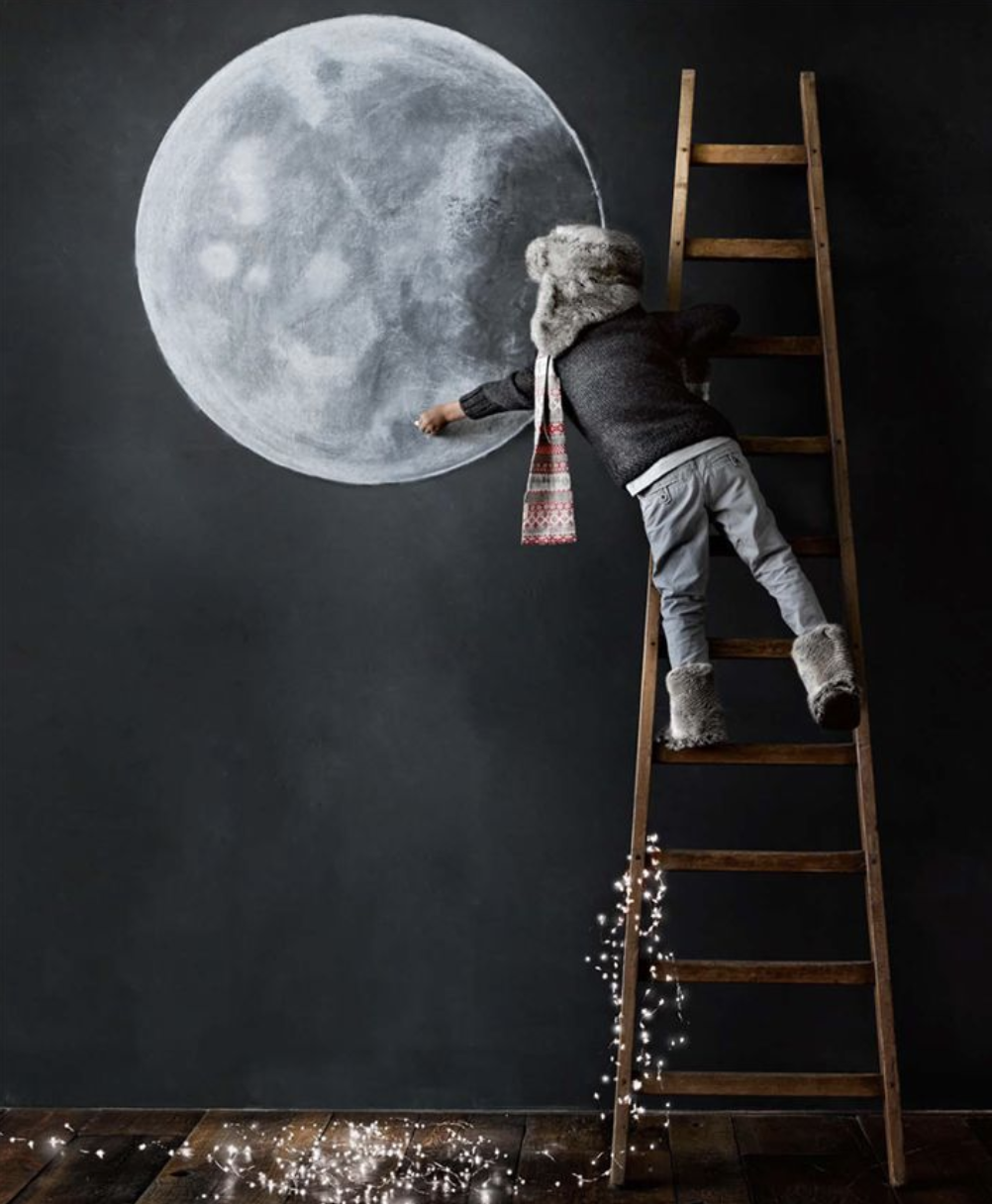 One last thing about the shelves…  I like that they are garage/storage room shelving, so that we can reuse them as that or in a variety of other ways when the boys are grown.  I think that’s a better purchase in the end, than getting pieces that are only suited for toy storage.

We will secure them to the wall with a cleat at the top for safety and I’ll share how we do that.

For storage on the shelves, we have a lot of plastic bins, but they are mis-matched.  While that didn’t really matter in the basement (and some people, like Jeff, might argue it doesn’t matter in the new playroom), I would really like them to look neater and more uniform.  I ordered a bunch of these clear plastic Ikea Salma boxes in two different sizes… 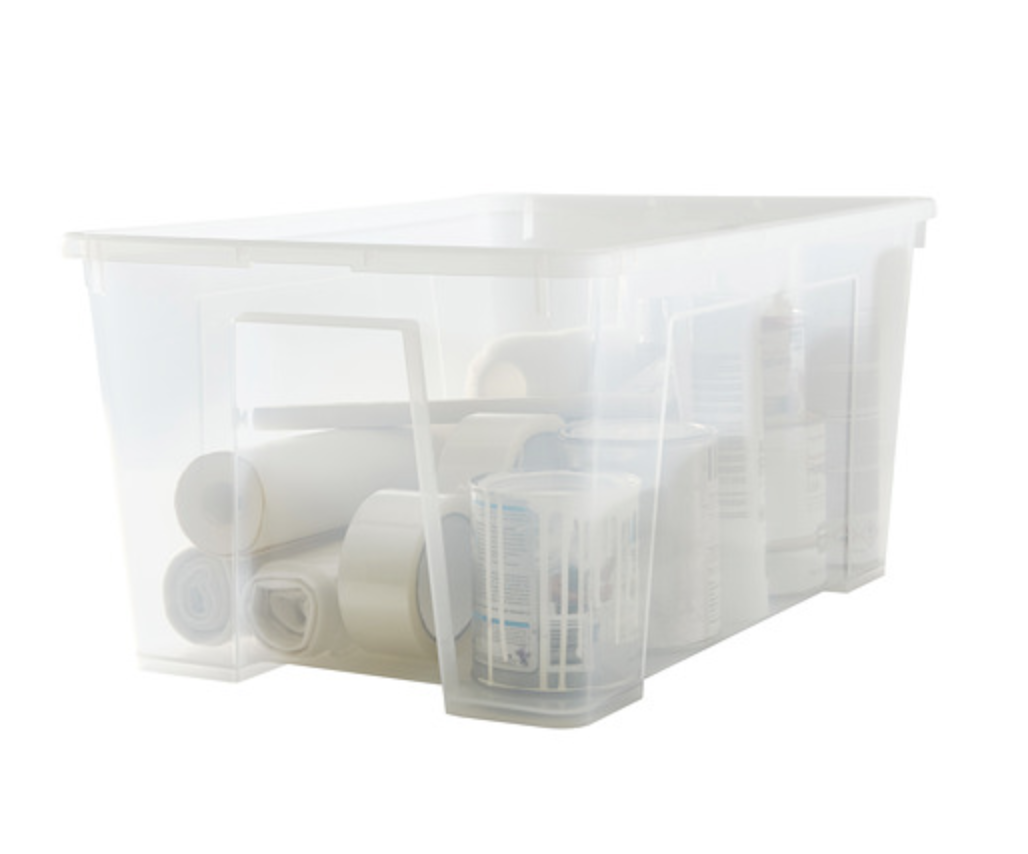 We will use those mostly for Legos, sorting the loose pieces by color and type.  The boys expressed interest in working together to build more of their sets and then we’ll display the creations on the shelves.

I also got some of these Gabbig baskets for cars, “guys” (aka action figures), and other small toys.  They’ll add some warmth and texture to the shelving as well. 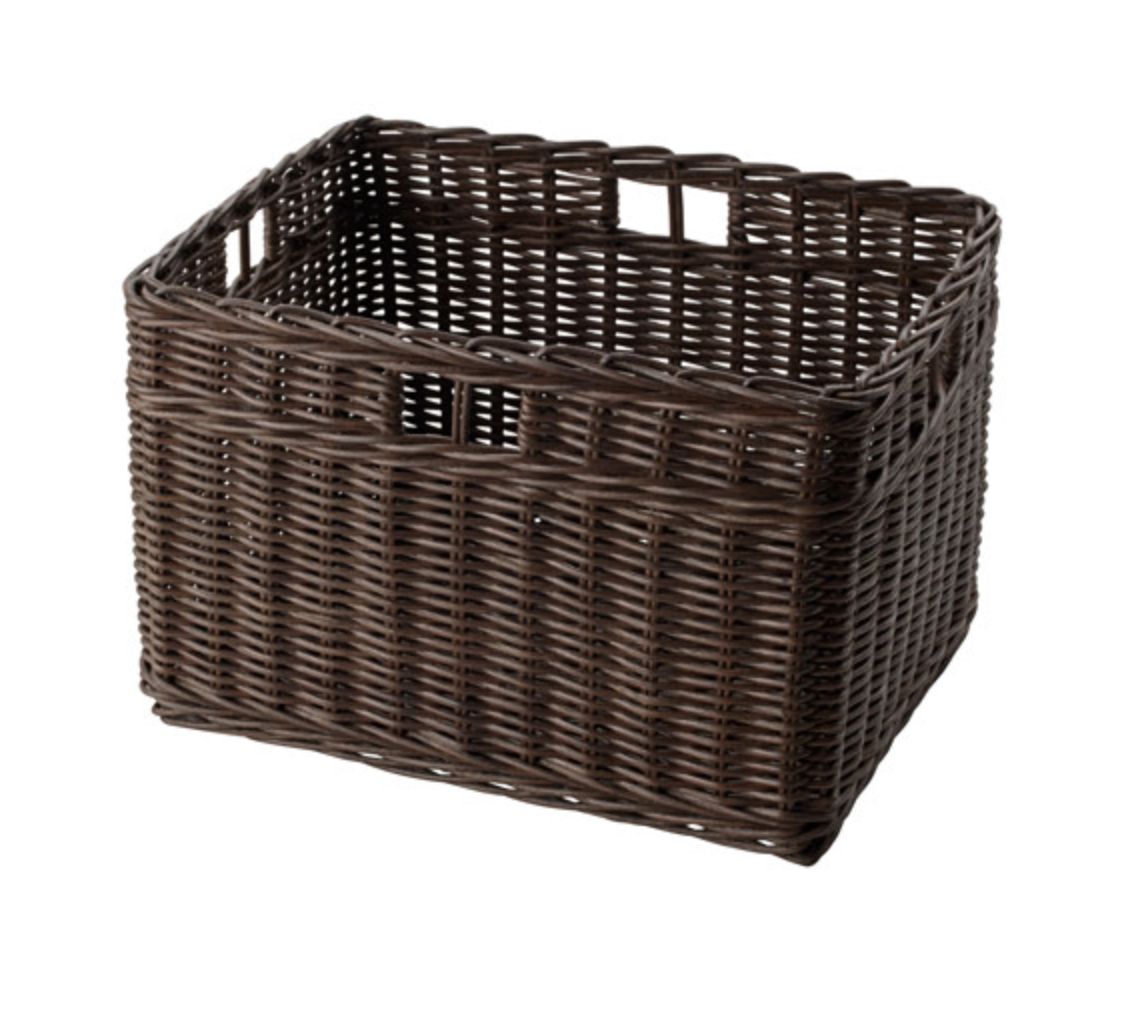 I have some old locker baskets that we can use as well.

My mom is coming to visit next week, so this organizing is a good project we can dig into while she’s here.

We’ll also probably replace the light fixture, since the current one hangs down pretty low.  It was obviously meant to hang over a game table, but we don’t have one, so I’d like to swap it out for semi-flush lighting.