As I was fiddling around with the accessories in the living room, I finally decided to rework the built-ins on the right side of the fireplace.  I painted them white shortly after I moved in and filled them up with one thing I have plenty of – ironstone.  (You can read about painting the built-ins HERE.)  It was just easy, pretty, and something I could call “done” when I had so many other things I wanted to work on in the house.  But, I wanted to revisit styling these living room shelves…

I have wanted to add some warmth and interest there for a while, but even though it’s a fairly small project, it was too much to do when I was having issues with my shoulder.  Earlier last week, I started just moving things in the space…a few books, a couple of pieces of blue and white transferware, just to see if I liked adding some color and warmth to the shelves.  I decided it was worth pursuing, so I took everything down, gave the shelves a good dusting, and started over. 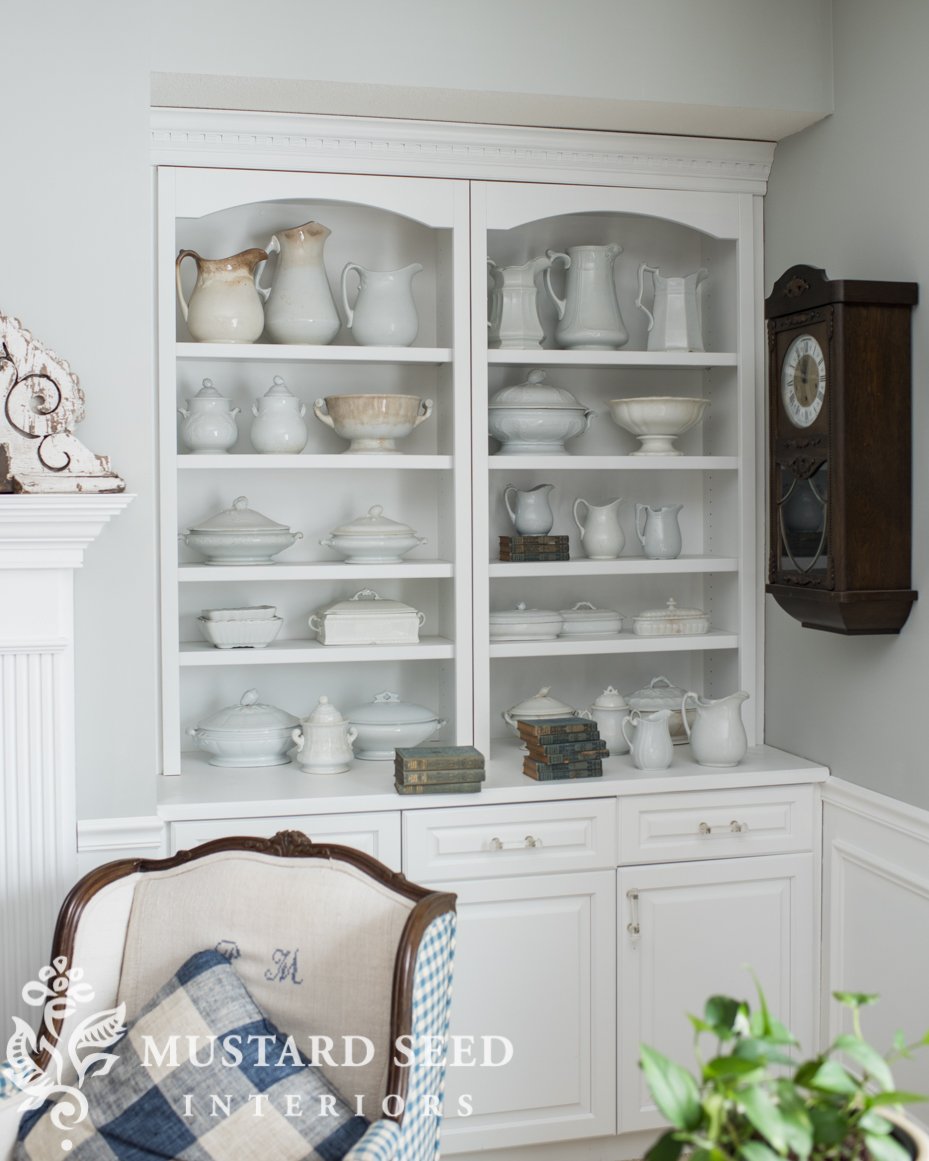 I gathered things from around the house…antique books, pinecones, greenery, and some blue and white pieces from the dining room hutch.  And I just played.  That’s one of the keys to styling shelves – allow yourself to test out ideas and try new things.  I arranged and rearranged.  I scooted and reworked and then sat on the sofa staring at it until I decided I liked it or it needed to be changed again.  I did end up removing one of the shelves, so I had a bit more vertical room to work with and that gave me more options for stacking and adding height variations.

I waffled between feeling like it was too busy and liking the added visual interest.  I’ve learned, though, anytime I’m rearranging something, I need to give it some time.  It feels different and, right away, the instinct is to change it back to the familiar. 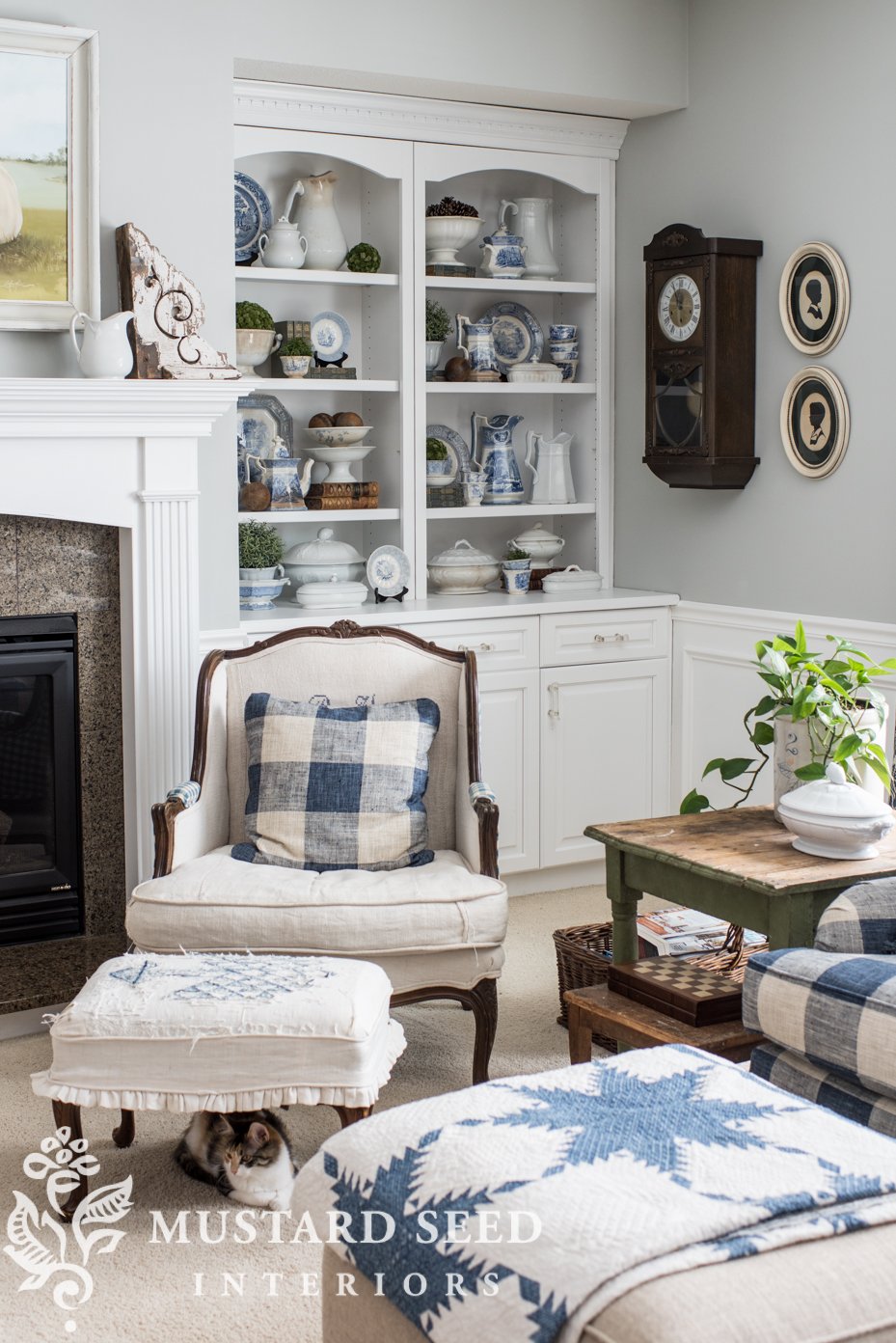 But the warmth, color, and greenery really adds a lot.  There is variety…things of different sizes, shapes, textures, and colors, but they are all within set parameters.  There really isn’t right or wrong when it comes to styling shelves, but just what you like. 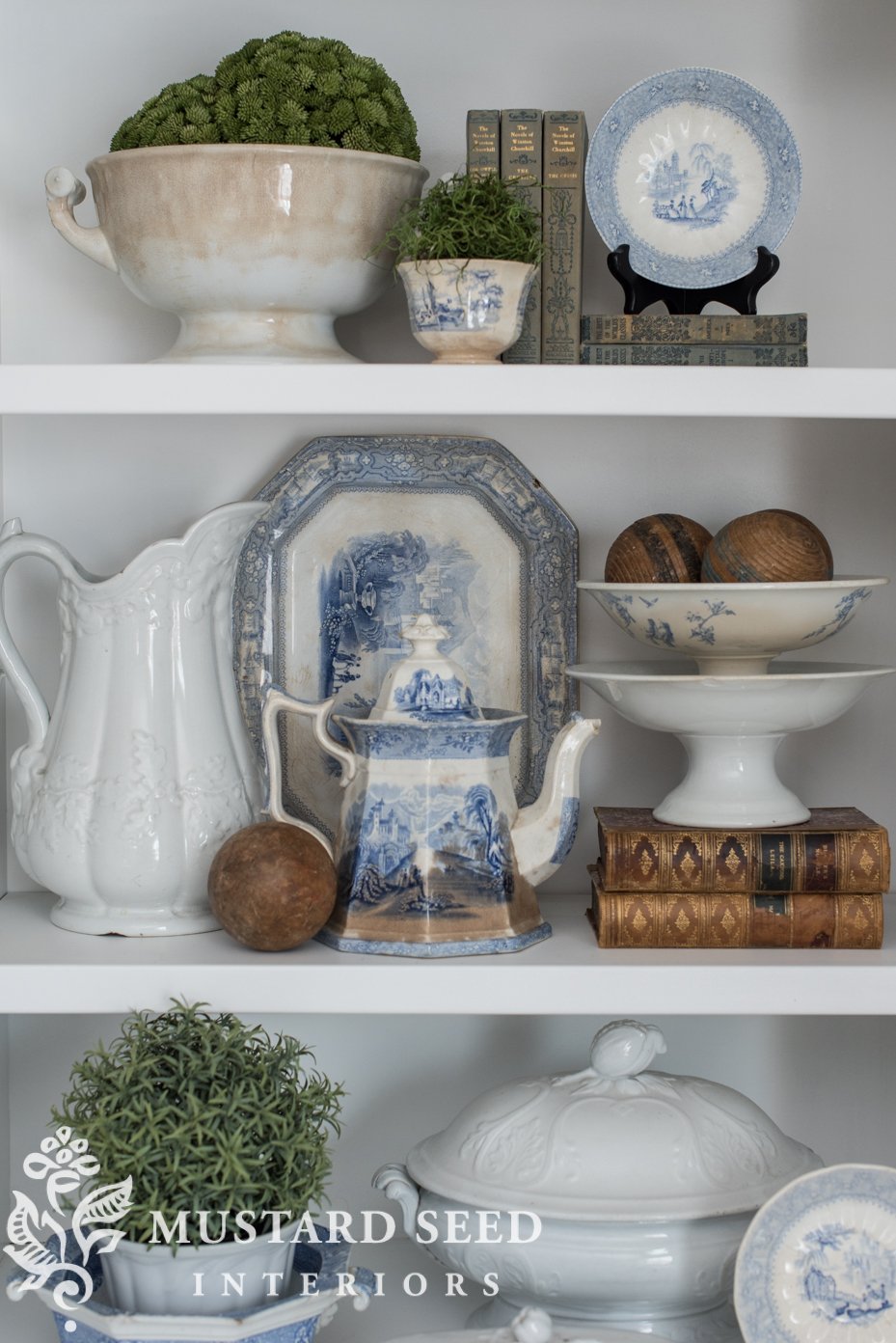 And I’m glad to be using some things that were stashed away in a cabinet – like these antique wooden croquet balls. 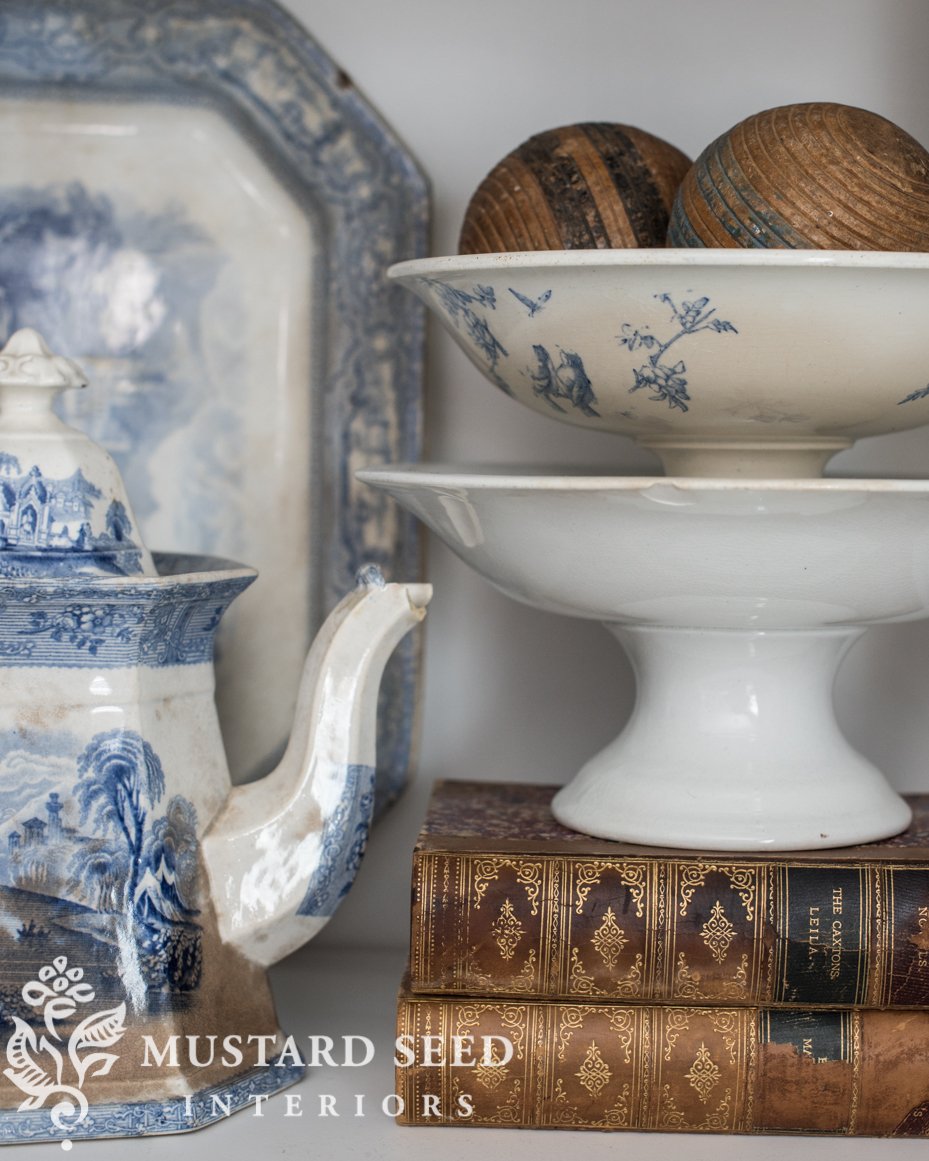 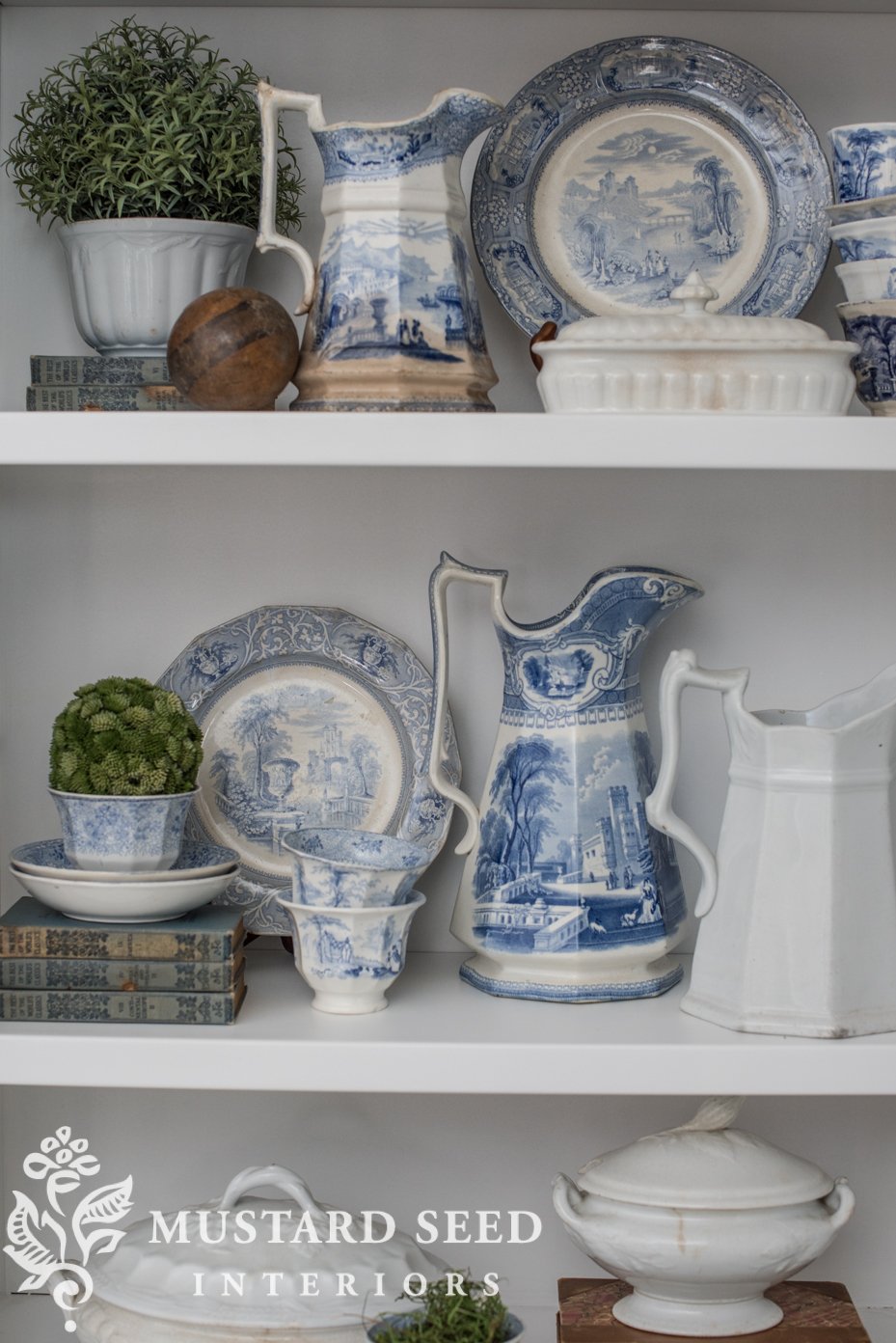 And my collection of pale blue and white transferware is showcased better here than in the dining room. 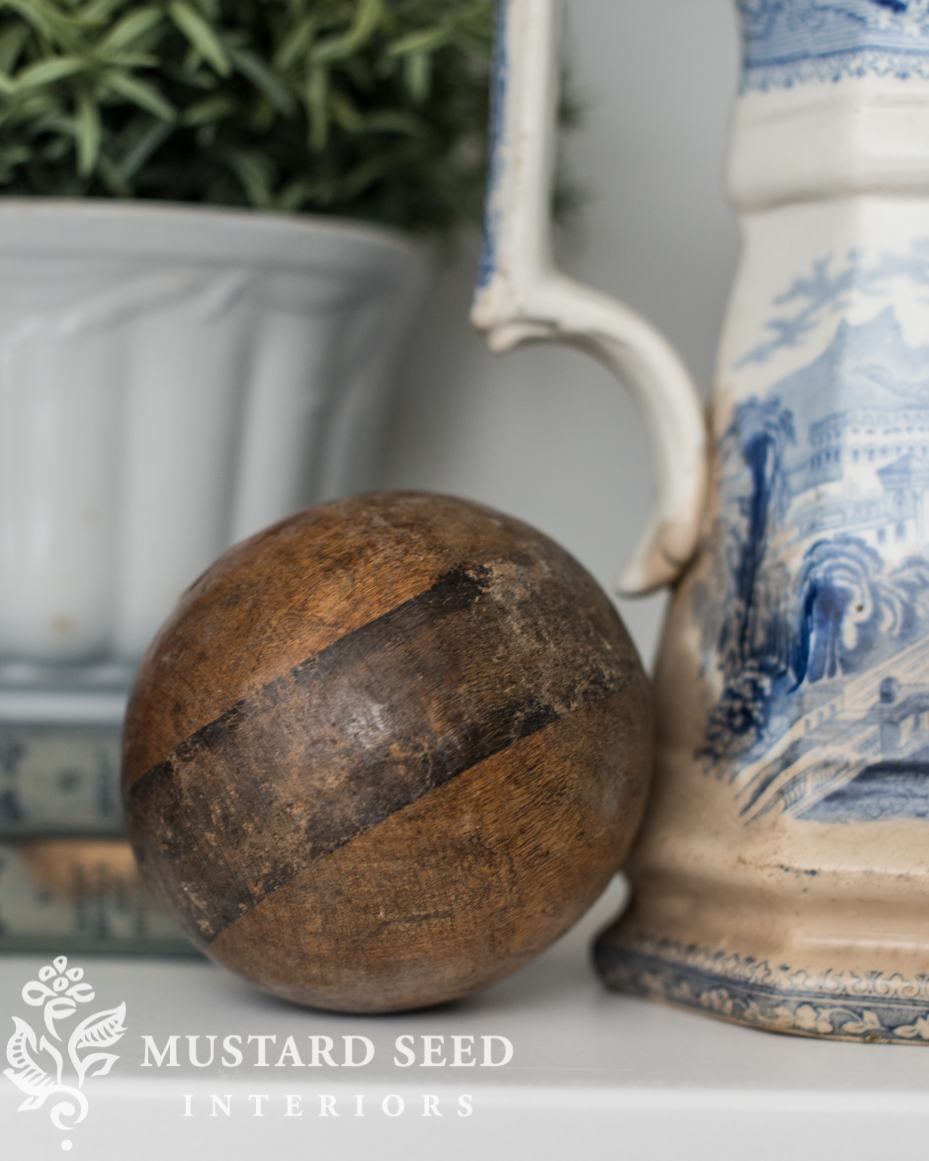 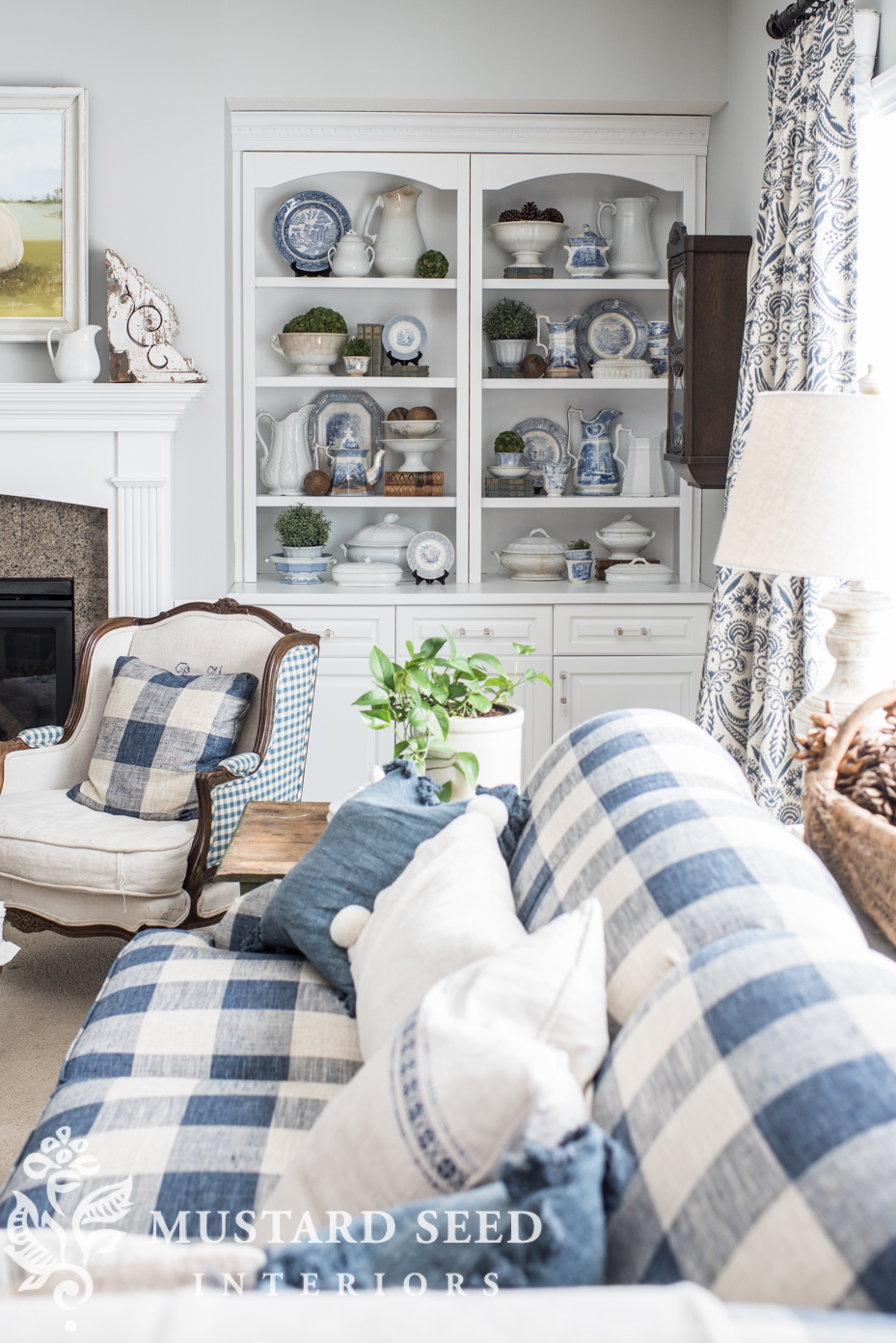 I may tweak something here or there, but I’m pretty happy with it and I’m going to leave it this way for now. 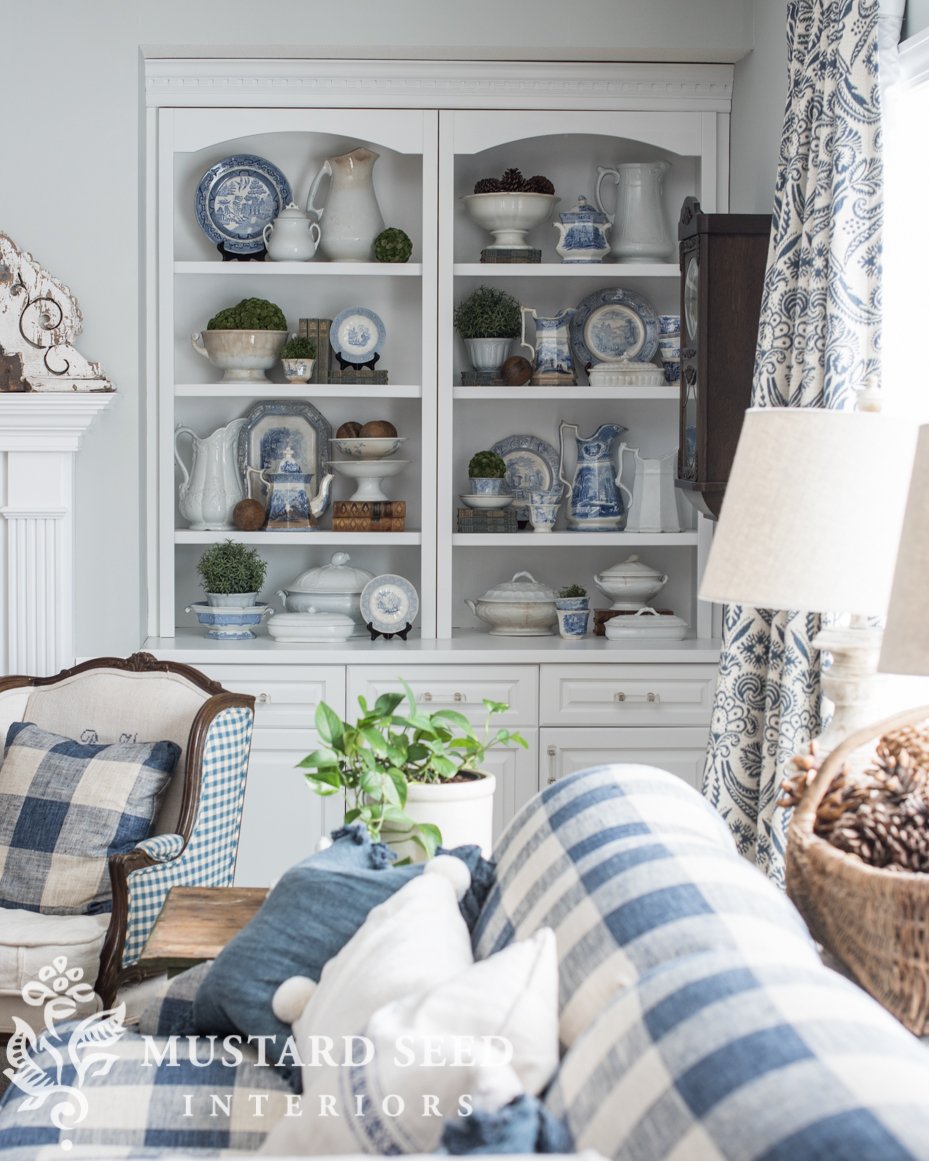 Several people have made suggestions about altering the cabinetry to make the right and left sides symmetrical and, trust me, I have puzzled this one over a lot.  I love symmetry and that would be my preference.  Unfortunately, that’s not a simple or inexpensive project, since the cabinets are completely different configurations and depths.  It would involve removing and replacing one side entirely, which we’re just not going to do.  If I was designing it from scratch, yes, they would match.  But, we have existing, quality built-in cabinetry, so I’m just going to go with it.  I am still going to work on the fireplace wall, though, and have some ideas I might pursue. 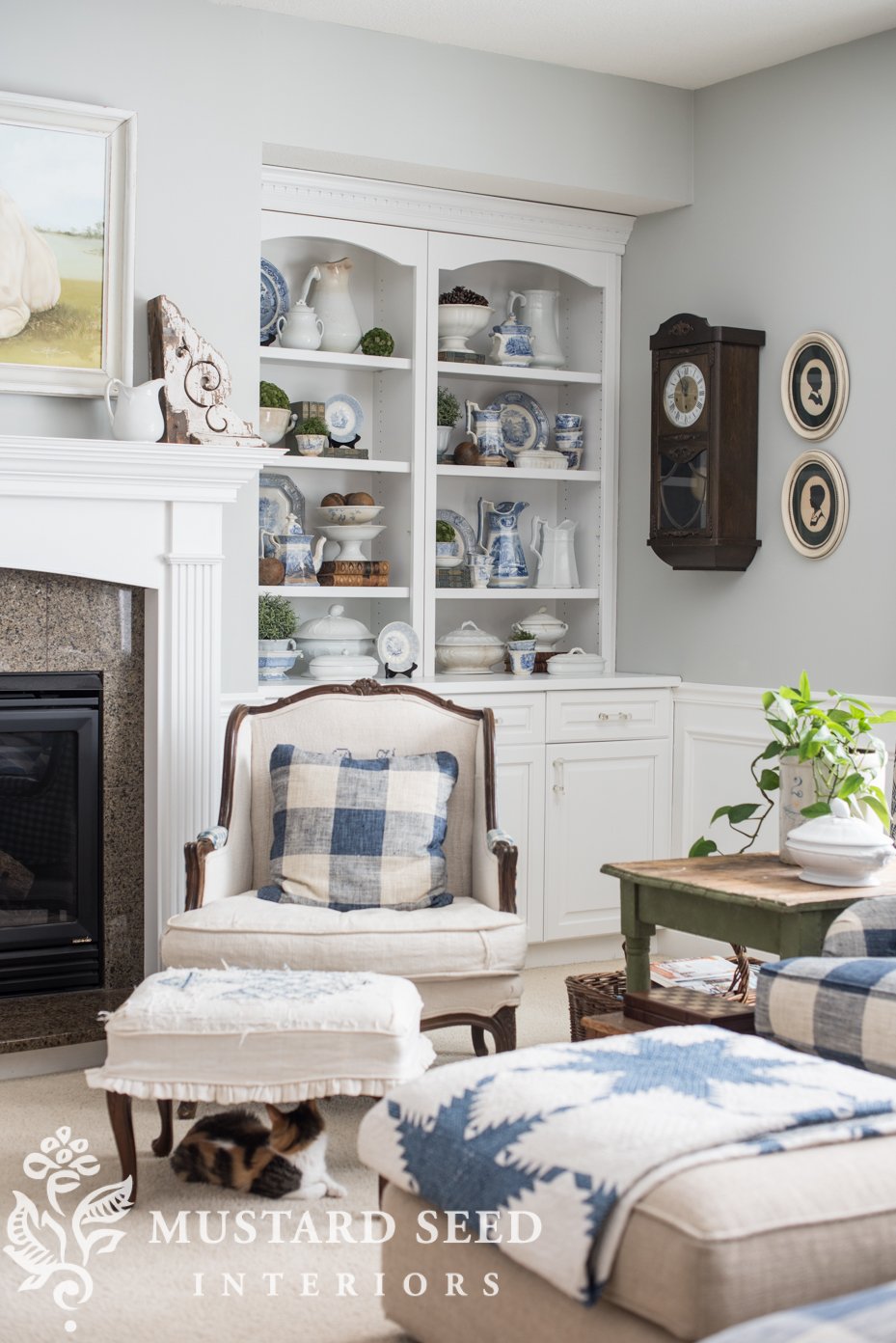 And, I decided to keep the horse on the trunk.  I sort of like him there… 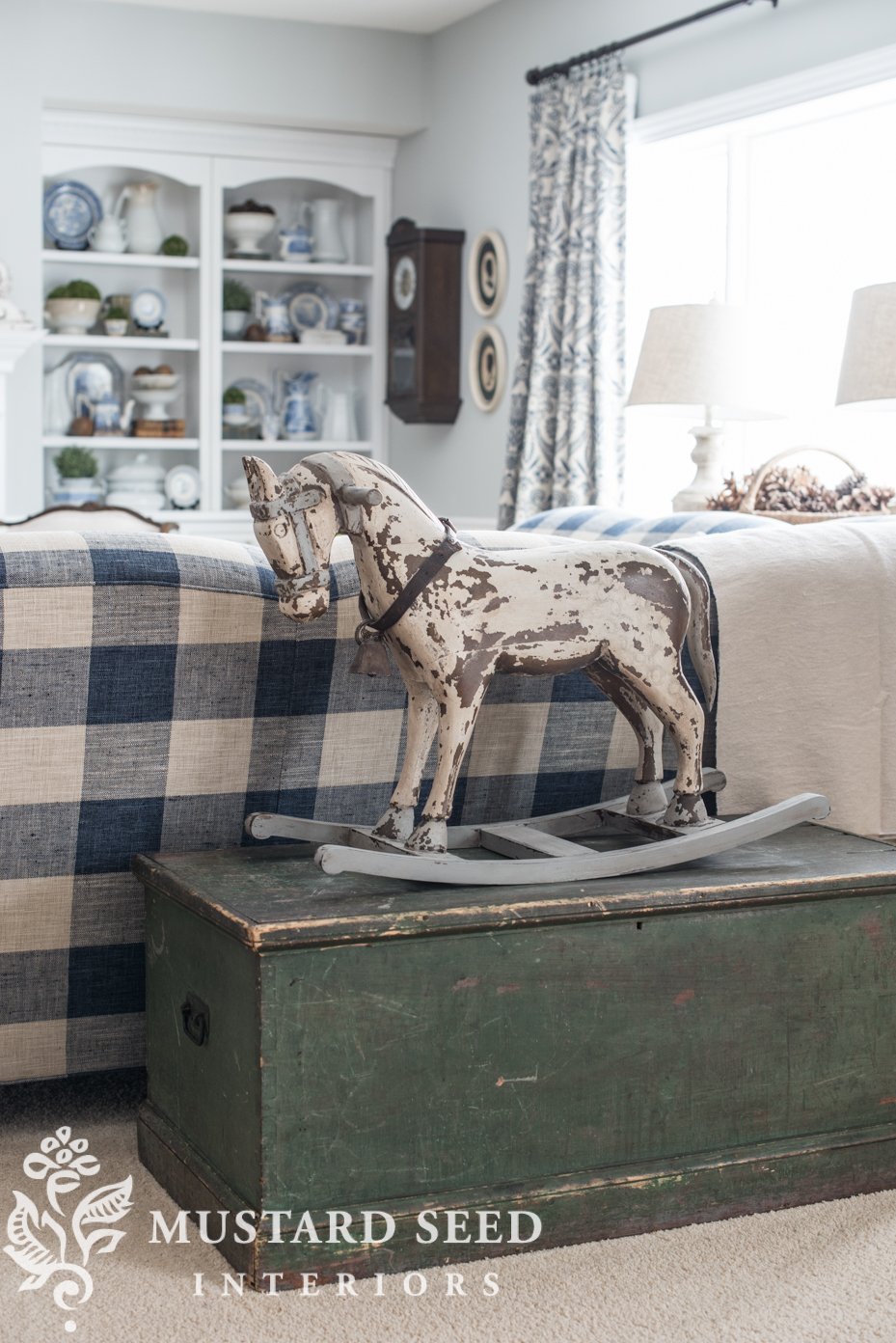 As always, thanks for the suggestions!  I do read all of them and they always get me thinking and trying new things.