I knew that attending Junk Bonanza would be fun, but I didn’t realize what a creative pick-me-up it would be!  (Well, after I slept for 12 hours and lounged around for half a day.)  Once I was rested, that creative spark got me going.  I was ready to rip up carpet and jack out some tile!  But, those are all pretty big projects that involve some amount of planning, a budget, and permission from my husband!  So, I figured I should take that energy and work on changes that were small and free and wouldn’t get me into any trouble. 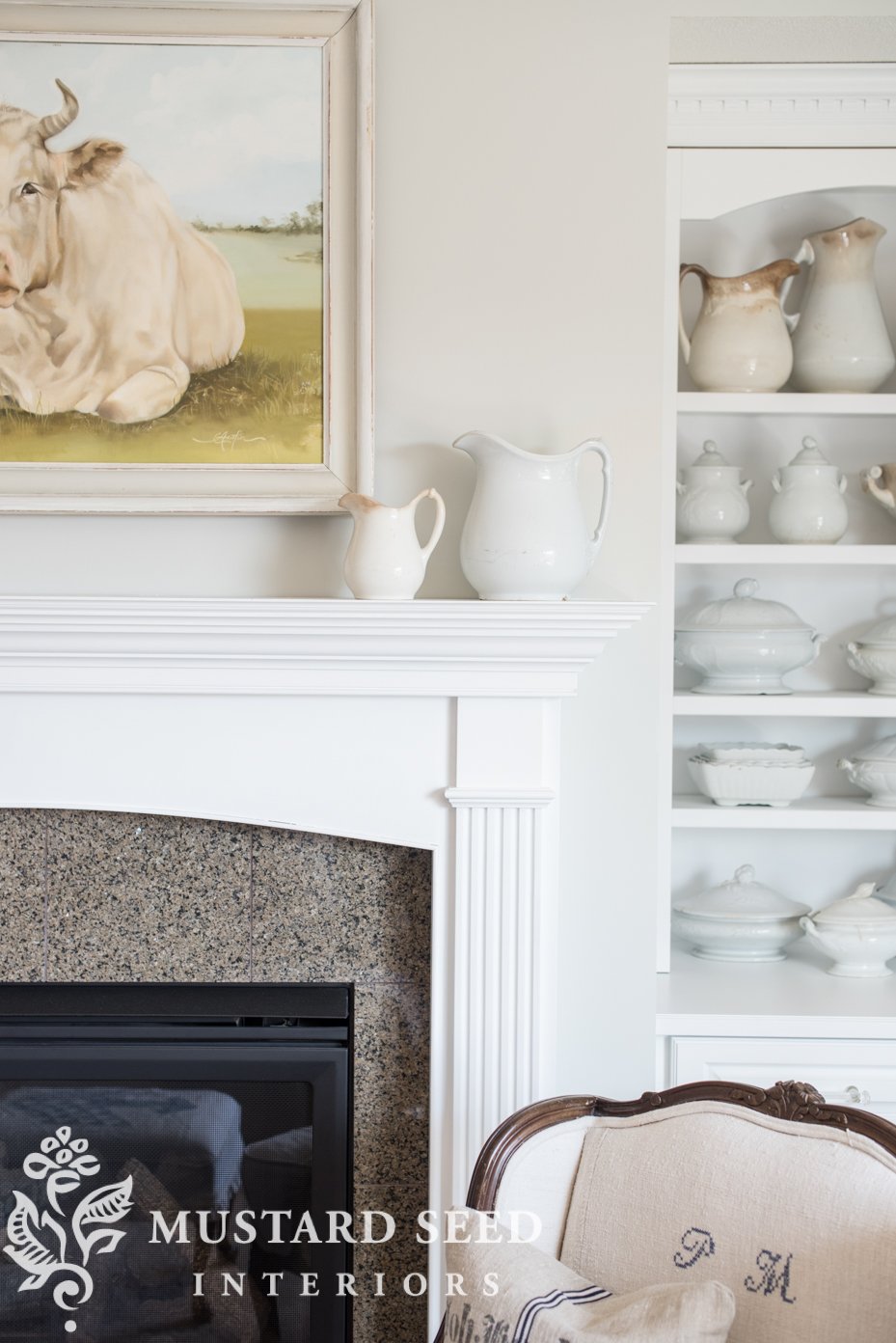 I swapped out Eulalie’s frame!

She’s been in a gold leaf frame from the very beginning and that worked great in my last house, but it felt a little off in this room.  I think it worked and I wanted to give it some time before swapping it out, but I finally decided to give it a try.  It’s free, after all! 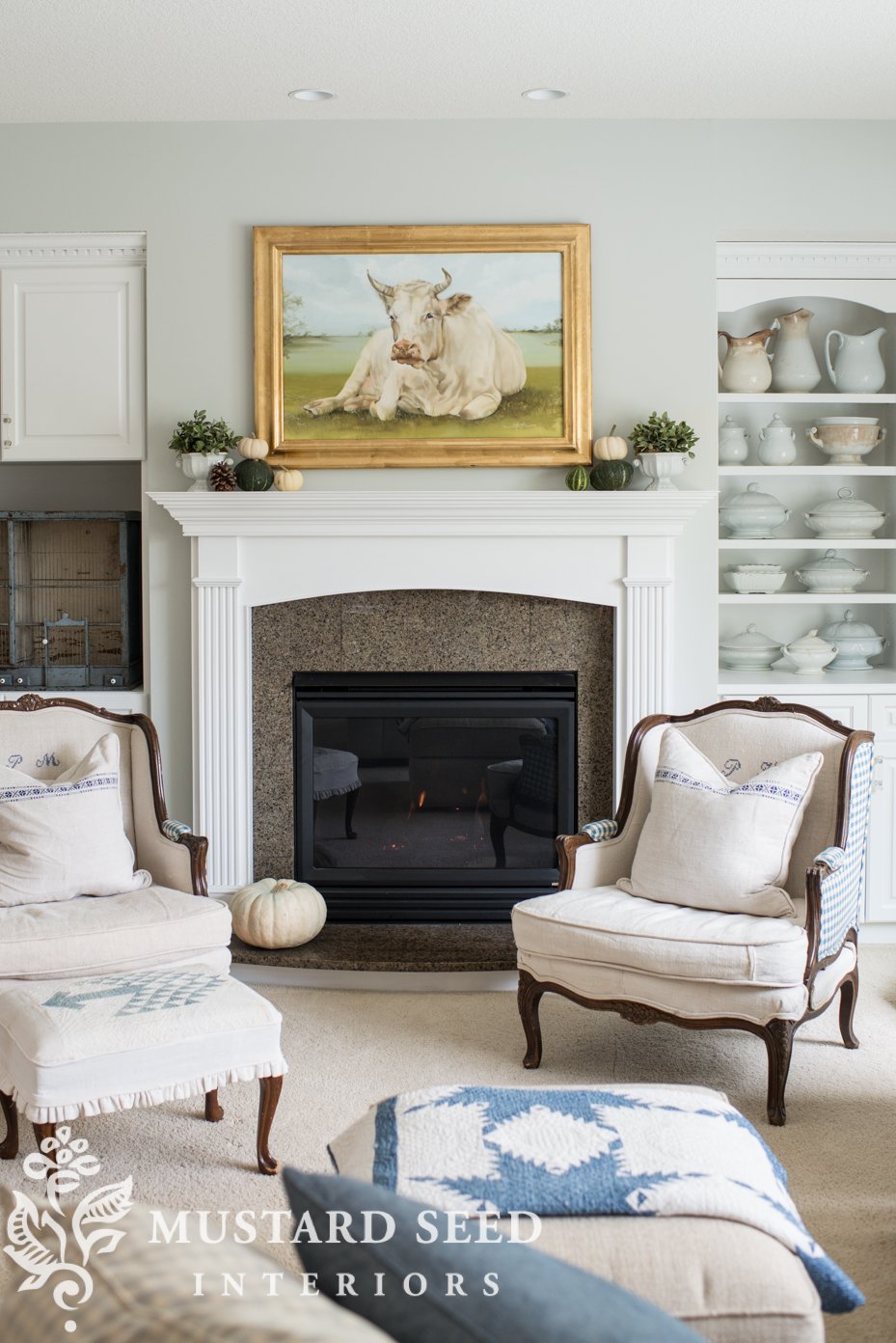 And I like it.  I feel like the frame melts into the wall a bit more, allowing Eulalie to be the focus, not the frame.  I think there is more versatility as to what I can put on the mantle.  In the gold frame, anything I put on the mantle felt like it was competing. 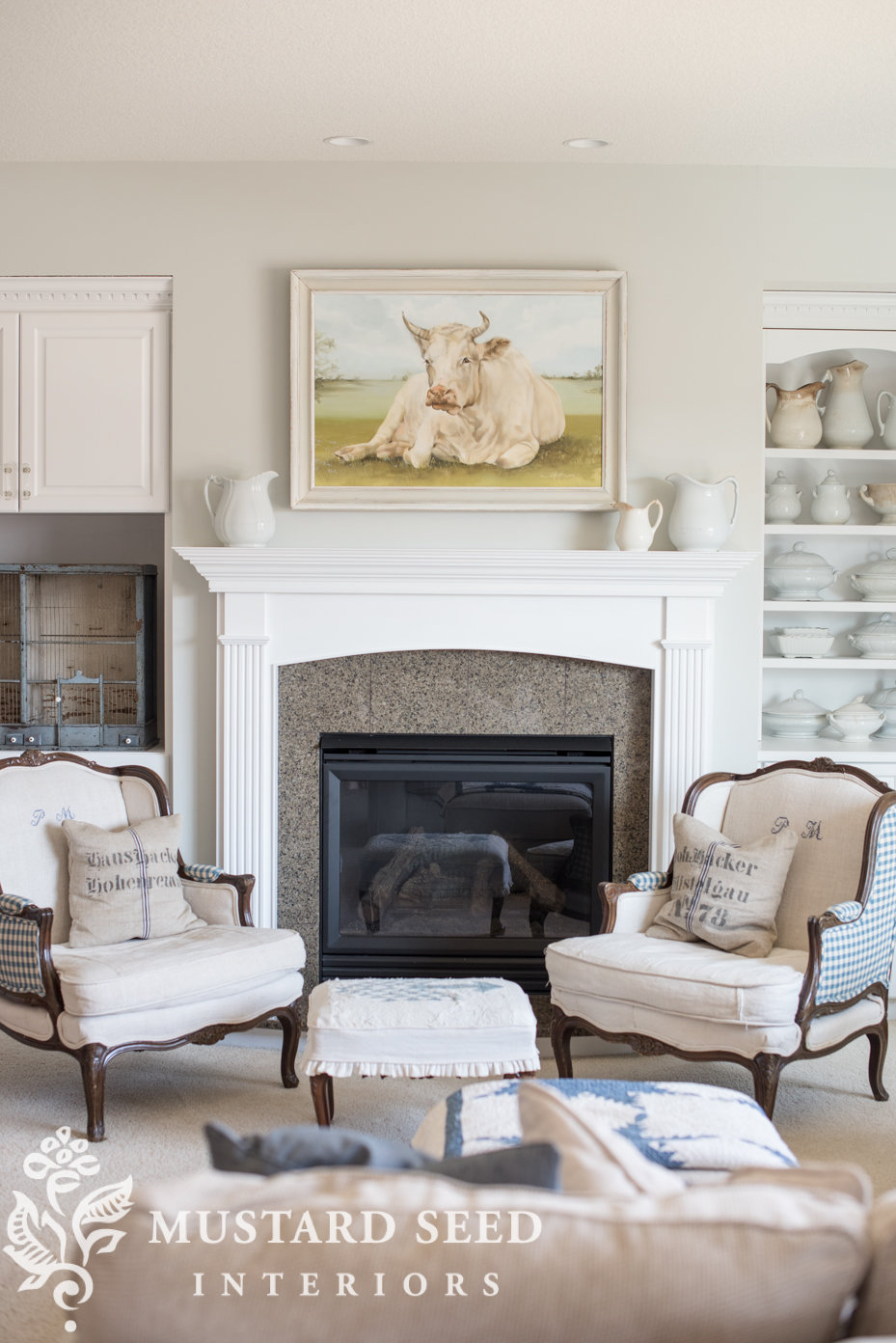 I don’t think it’s really a case of one is much better than the other, but I’m liking the cleaner, simpler look of the painted frame over the gold leafed one.  I’m thinking I’ll add some topiaries, but while I’m hunting for some I like, I added some ironstone pitchers to the mantle. 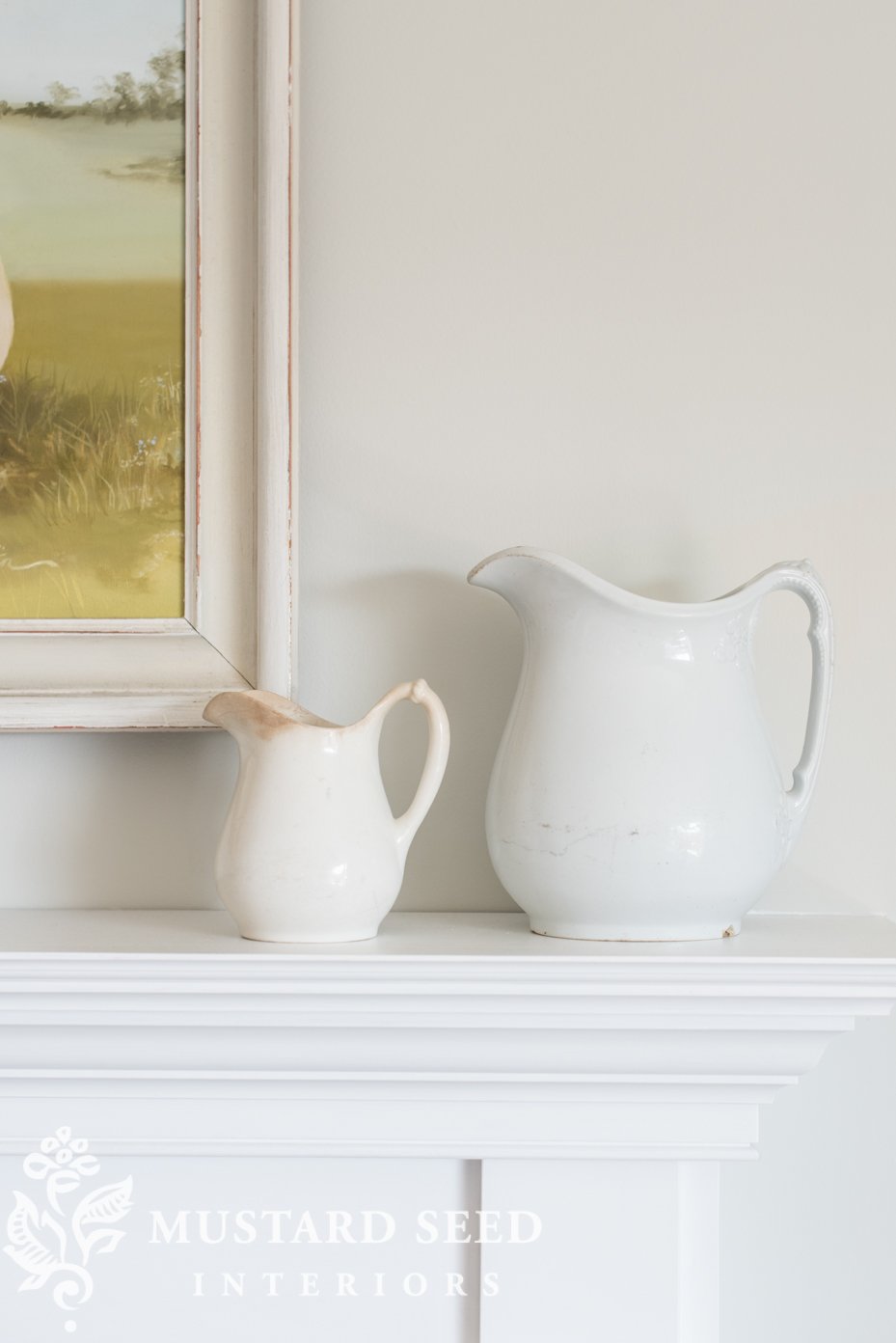 I also brought up a rug from the basement to use in the dining room.  I originally thought I wanted a round rug, but a 6′ was too small and an 8′ was too big, so I tried this 6 x 9′ braided jute rug I already had and it’s pretty good!  It makes the room look a lot more finished, that’s for sure. 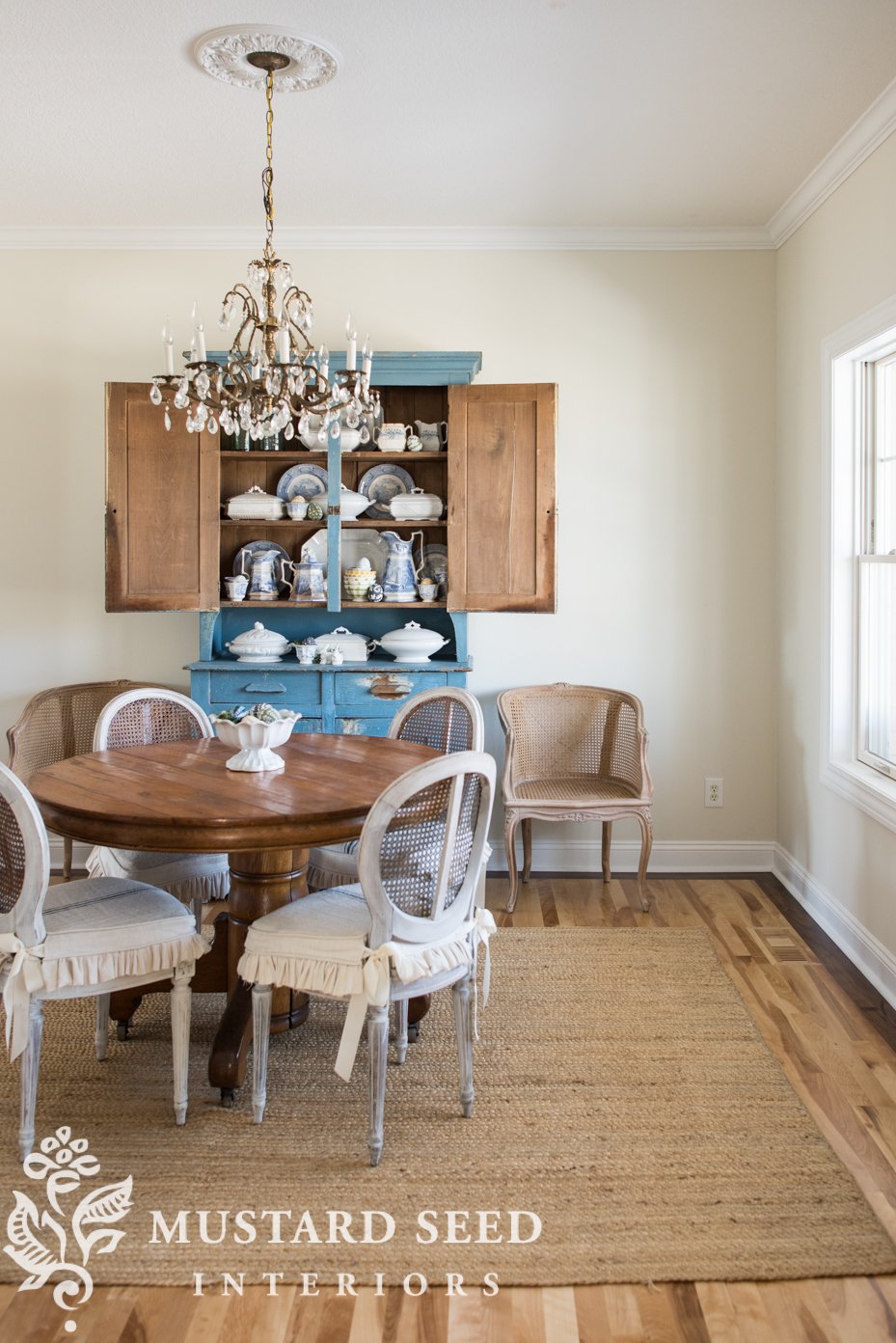 The rug has been rolled up, so it needs to relax a little and I am going to order a rug pad to add a bit more cushion.

I still need to refinish the table, put the cord cover on the chandelier, and I had an idea for trying a new furniture arrangement in the space.  Jeff’s going to help me move a few things around tomorrow and we’ll se how it looks.  There is still a ways to go, but I feel like this room is finally coming together. 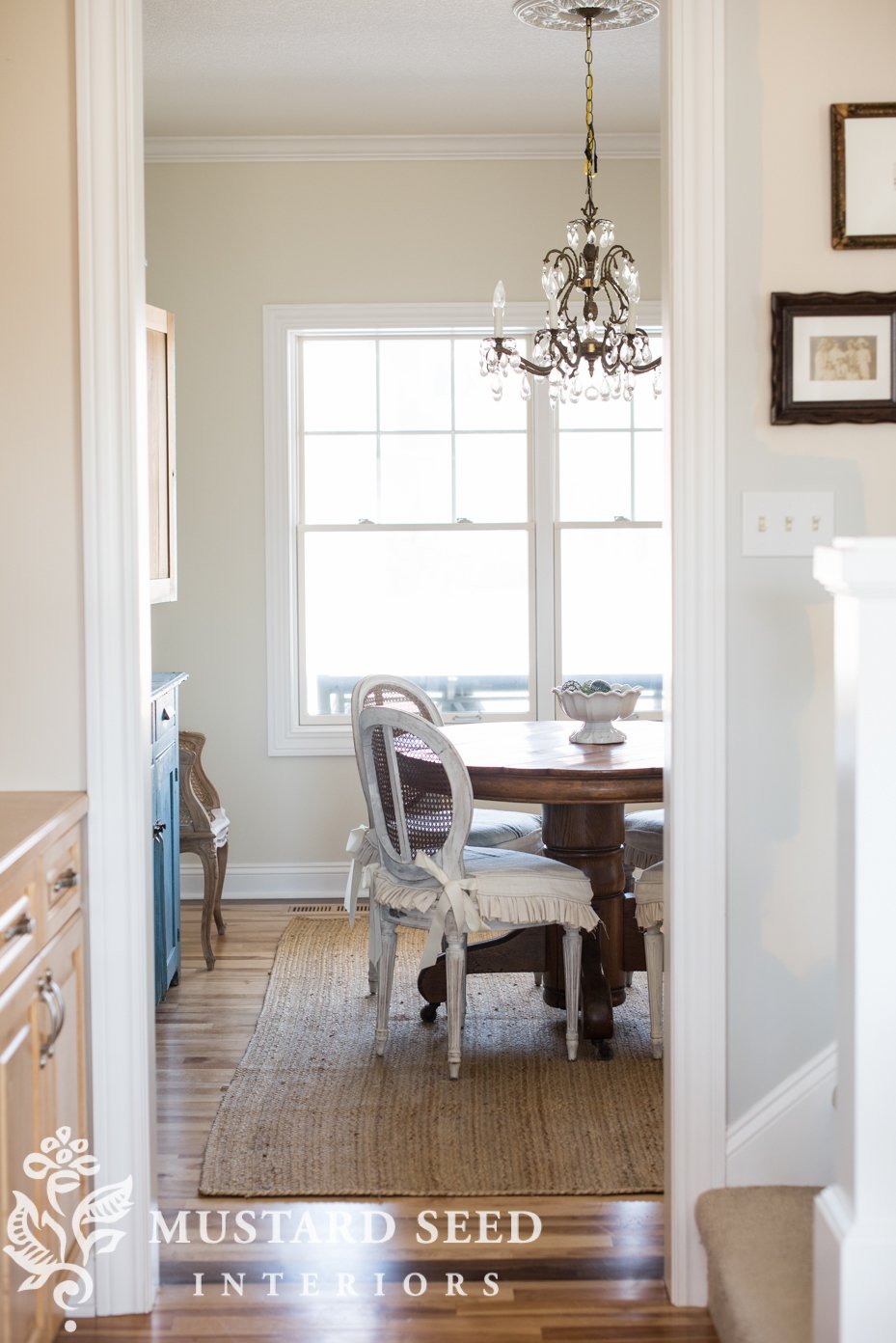 Also on the list – finish painting the back stairwell walls.  I did the cutting-in one day, but it’s time to break out the roller and get that puppy finished.

Anyway, it’s easy to spout out a big list of to-dos when you’re working on an entire house, but the fact remains that small changes can have a big impact…