The prelit Christmas tree I have is the 8′ Noble Fir by Balsam Hill.  It came pre-lit with incandescent bulbs. 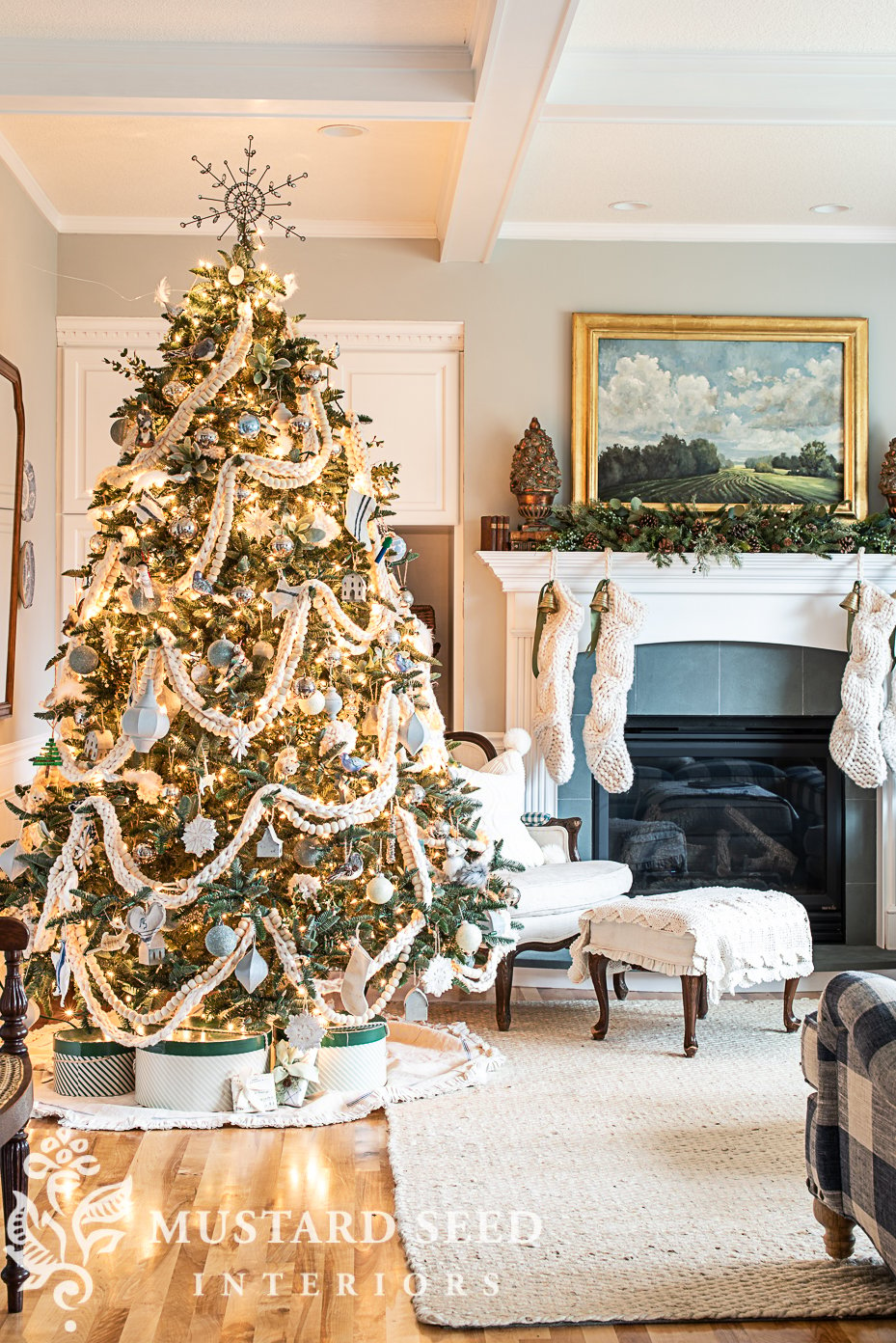 To start this pre-lit Christmas tree review, let me state that I think expectations are generally unfairly high when it comes to prelit trees.  I can say this because my expectations were unreasonably high.  The tree can be well made, the lights can be high quality, and the design is perfect, but an incandescent bulb is still only going to burn for about 3000 hours.  Eventually, the bulbs will burn out.

In my case, the tree started losing light strands on the third year I set it up.  It was initially one or two strands that I would fiddle with, then eventually give up and fill in with a couple of strands of lights.  But last year, it was about half of the tree.  After the first two glorious years of just plopping the pieces in place to see them all light up, it was a bummer to have to take the time to mess with lights.  So, if your expectation is you will buy a prelit tree and never have to mess with lights, this pre-lit Christmas tree review will make that expectation a bit more reasonable.

As I said, the first two years are like magic.  Setting up the tree (lights included) takes about fifteen minutes.  It’s awesome and it spoils you for when the strings of lights inevitably burn out.  And, I also want to say that doesn’t (or shouldn’t) reflect poorly on Balsam Hill.  Their tree designs, directions for troubleshooting the lights, all of the extra bulbs & accessories, etc. that are included are so thoughtful and clever.  It’s just the nature of a string of lights no matter how awesome the tree.  I believe their LED lights will last much longer. 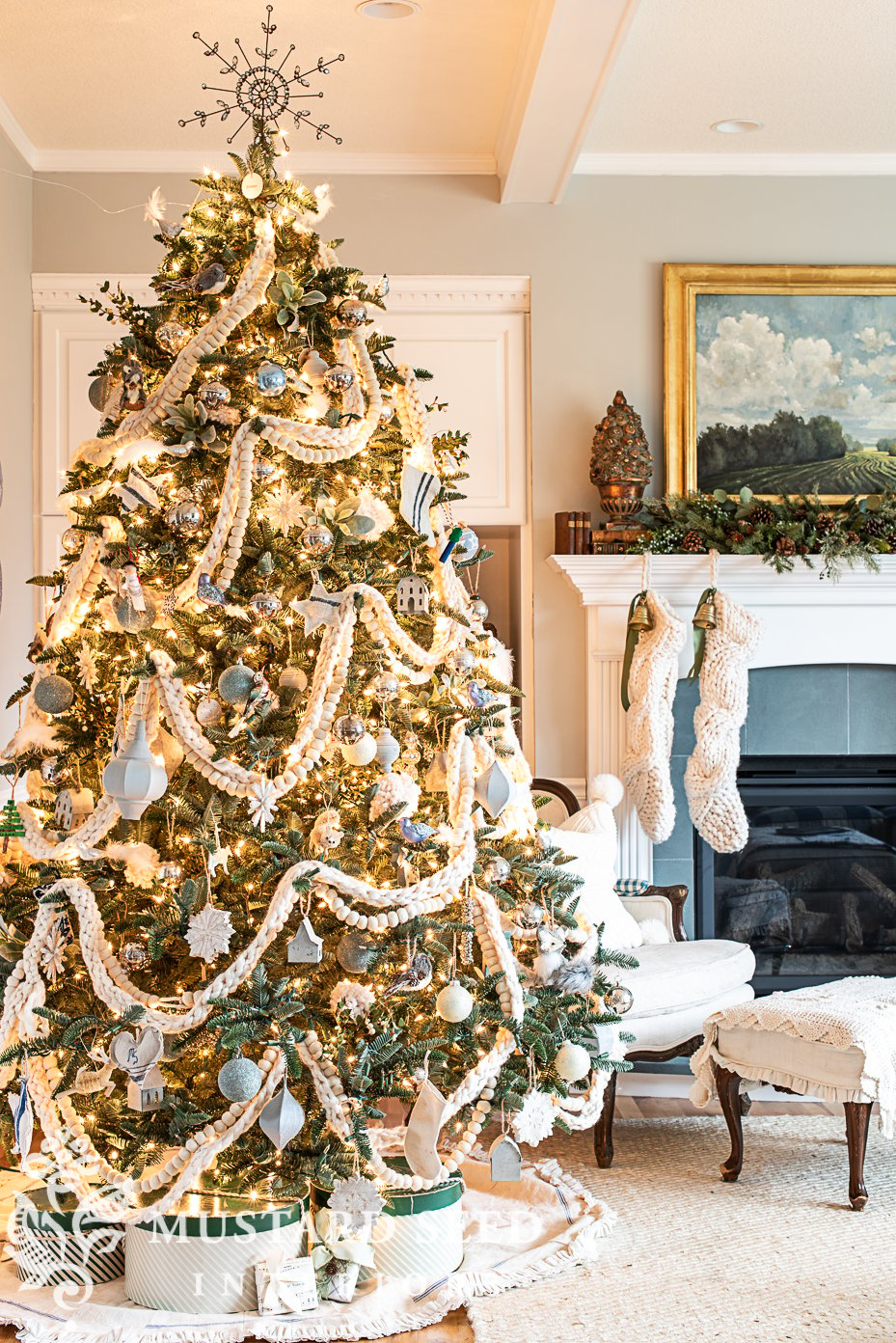 Before I continue with the lights, let me share my review on this specific pre-lit Christmas tree.  I can’t say enough good things about the 8′ Noble Fir tree itself.  It is beautifully shaped, it looks so real, and it is easy to set up and takedown.  It is bulky to store, but that is going to be the case with most Christmas trees of this size.  It even photographs well, which isn’t going to be important for everyone, but it was an important factor for me and why I was hesitant to go back to artificial trees.  But after using a live one for several years, I was tired of the mess and having to take down a tree before I was completely ready.  I even had to get a new tree on December 23 one year because our live tree just couldn’t hang on any longer!  So, I love that I can put this one up when I want and leave it up until I’m ready to take it down. 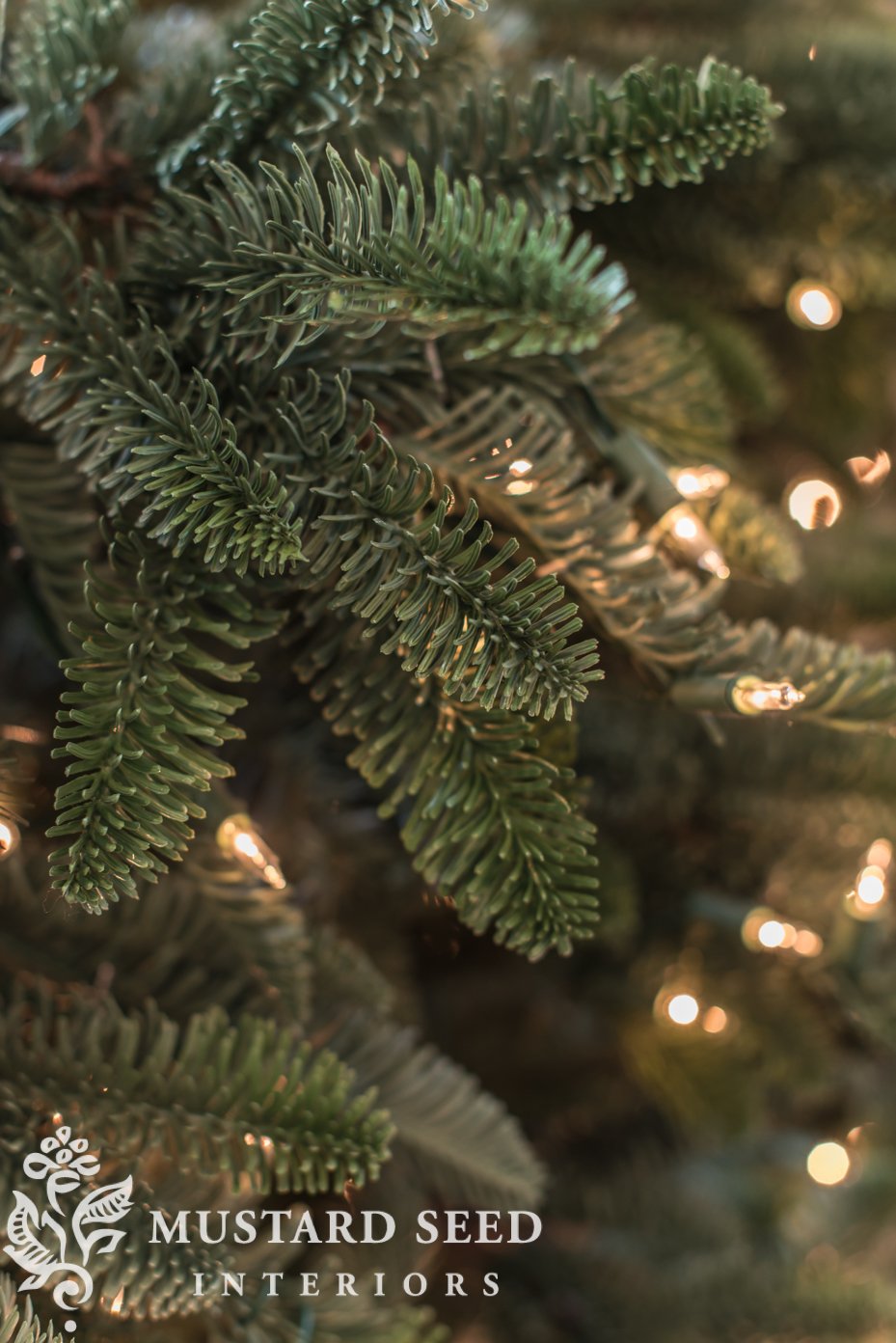 When I set up the tree this year, I was hoping that some magic happened while it was in the bag and most of the lights would start working again.  Well, that obviously didn’t happen because elves don’t live in my guest room closet.  When I set up the tree this year only two strands of lights were working.  The bulbs on several strands were black, indicating that they have lived the extent of their life and would need to be replaced.  Several strands had voltage, but I couldn’t figure out the problem to get them working again.  I ended up just stringing lights over the majority of the tree.  I told Jeff to prepare himself to help me with the not-so-fun job of removing all of the pre-lit lights before we put the tree away this year. 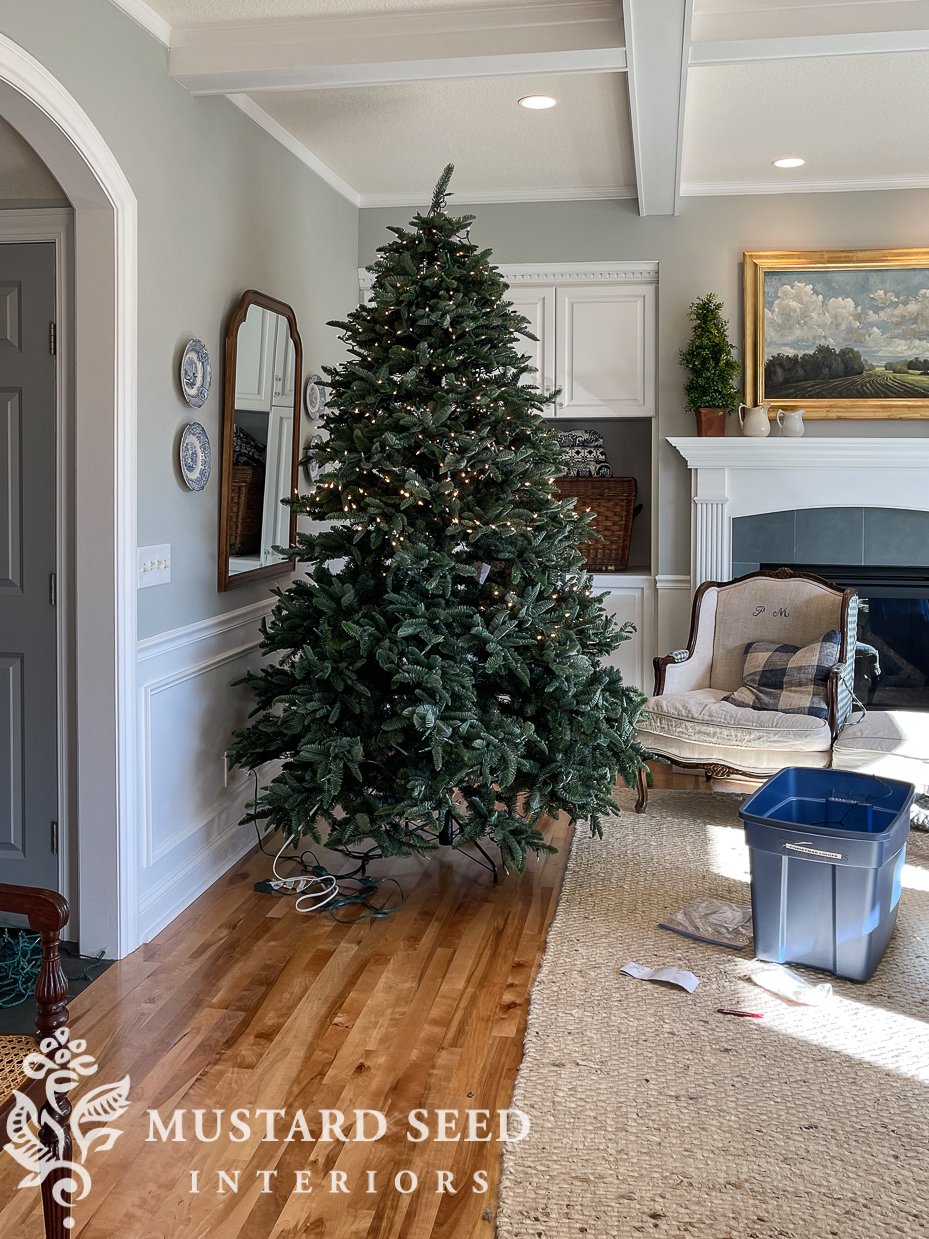 (This is the tree this year with the working pre-lit lights and four strands of added lights so far.)

I’m sure they can be fixed, but if you don’t like fiddling with Christmas lights when they are in a nice, neat strand along a flat surface, you’ll really not like fiddling with them in the tangle of tree branches and cords.  And I’m the “you” in this scenario.  I’m pretty mild-mannered and working on lights is the kind of task that gets my blood boiling.  So, we’re going to remove the lights and have it be a beautiful un-lit Christmas tree and use it for many years to come.

So, would I order a pre-lit tree again?  I had to really think about this one because the price difference between the lit and un-lit 8′ Noble Fir is $100.  Is it worth $100 to have lights that work easily and perfectly for 2-3 years? (And probably longer if you don’t have the lights on as much as we do.)  Maybe.  But, it is going to be a pain to remove them five years in.  It’s a bit of a wash as far as time goes, I think.  The $100 price difference shows that you’re paying for the quality of the tree, not the lights.  And, again, I can say that the quality of the tree is excellent.

After some internal debate with myself, I think I would order an unlit tree and just string on lights each year.  I like being able to test all of the strands ahead of time when I can lay them out neatly on the ground and easily work on them.  I can then throw away any that aren’t working or easily fixed.  I find that having lights intricately woven into each branch that no longer work to be a bit frustrating. 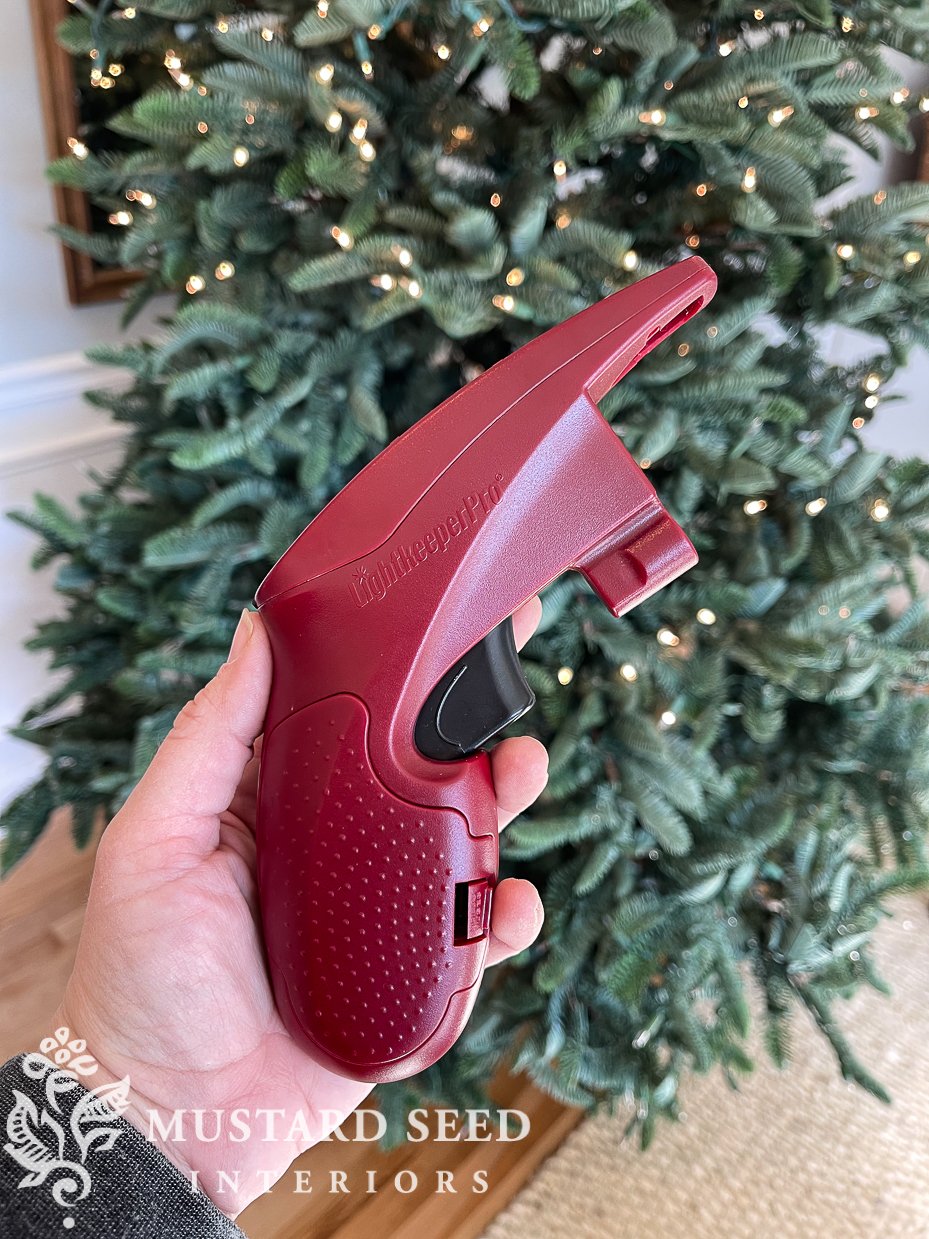 Speaking of testing lights, I bought a Light Keeper Pro a couple of years ago and it sounds like such a gimmicky as-seen-on-TV kind of product, but it really is awesome and works great.  I  was able to troubleshoot a couple of strings of lights easily before putting them on the tree.  I was hoping they would help get some of the pre-lit lights working, but I didn’t have luck in that department.  As I shared earlier, though, my patience is not extensive when dealing with Christmas lights.

I usually don’t put my tree up this early and Marshall came home and called it heresy, which made me laugh.  I have some Christmas freelance articles due and I needed to tree up for them.  And, honestly, I don’t mind this year.  I was sort of ready to start decorating for Christmas even if it’s early.  We’ll just enjoy the glow of the lights a little longer…

I’d love to hear some other opinions about pre-lit Christmas trees.  Let’s not turn this into a gripe-fest, but I’d like to hear constructive thoughts that might help people who are in the market for an artificial tree.  Are there any brands/trees you really love?  Any great customer service stories?  Is anyone a wizard with lights?  Any tips to share?