I spent a good part of the day at Megan’s house, helping her paint her office.  If you’re just hopping in on this series, we’re in the middle of giving her small office a farmhouse-style makeover on a budget of $1000.  Here are the previous three posts, so you can get caught up!

In a nutshell, here’s the plan for the space… 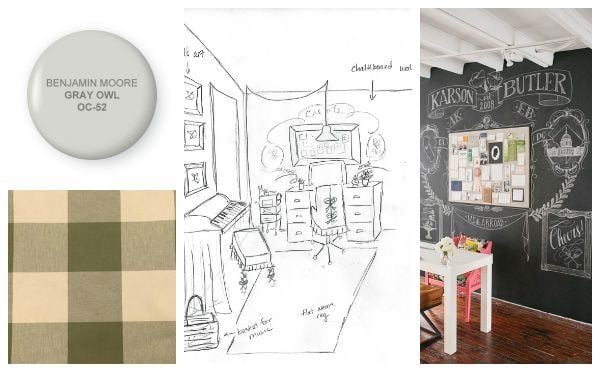 …but you can get the full details HERE.

Today, Megan and I were able to put two coats of paint on the walls in a few hours as our four boys (two mine, two hers) played together and her husband acted as referee.

We were both giddy as the paint was drying and the look of the room was taking shape.

The chalkboard wall was still drying when I took this picture, but it will look like a matte black when it’s dry.  We’ll season it with chalk and wipe it with a dry cloth to give it that smeary chalkboard look that will soften the feel a bit. 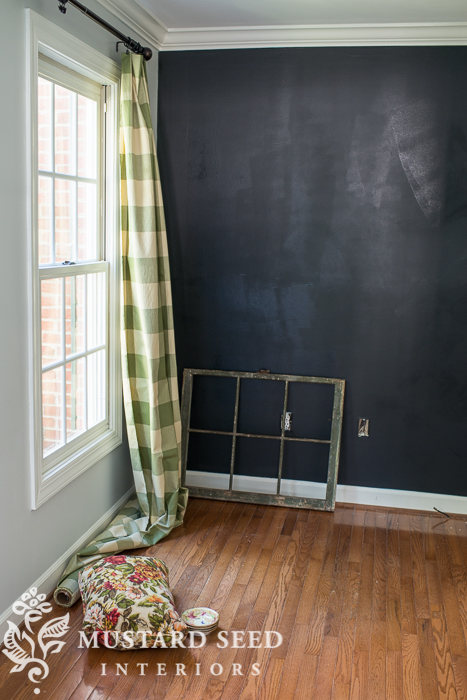 I must say, I love it when I have an idea in my head and then I start to pull the elements together and it’s all working just as I pictured it!  Now, sometimes I bomb, but so far things are going as planned in Megan’s space.

And the curtain fabric with the wall color? 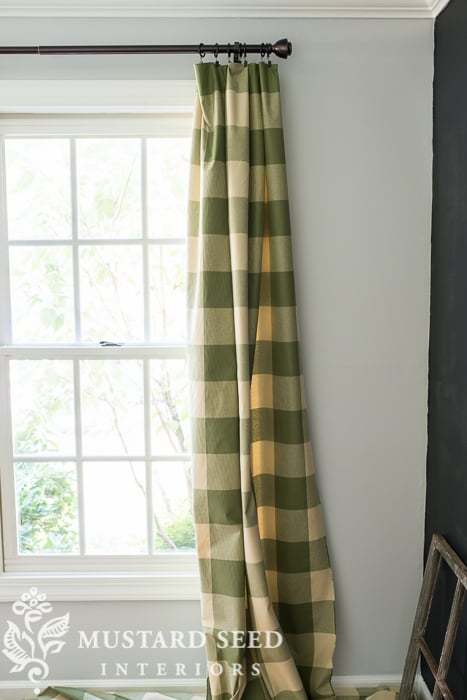 It looks fresh and warm, farmhouse and traditional all at the same time.  Just the look we’re going for.

I was really hoping to have the slipcovers finished this week, but I totally missed that there’s a week and a half gap between summer camp and school starting, so I’ve been hanging out at home with the boys and that’s not very conducive to plowing through a to-do list.  So, we’ll just enjoy a few more lazy days of summer and then I’ll get back to full speed. 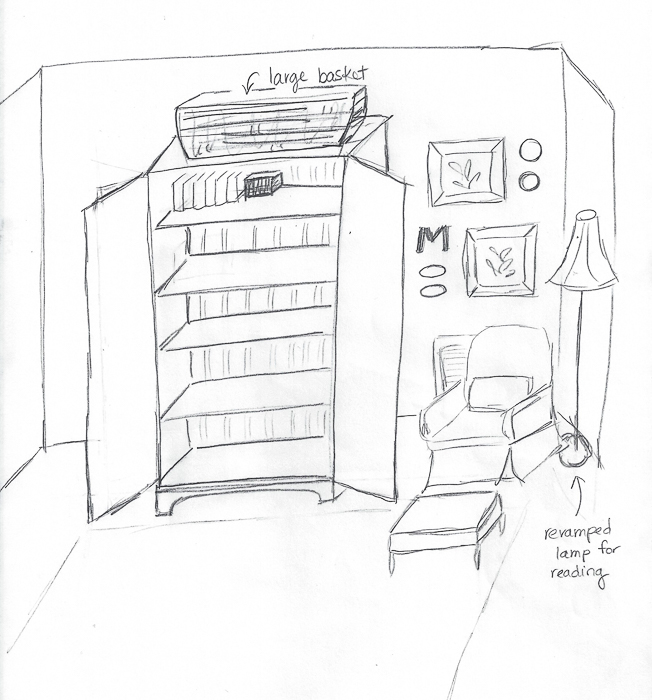 …bead board and everything.

It was listed for $200 and we got it for $175.  Jeff and my dad picked it up from a 1880’s PA farmhouse last week.  It had conveyed with the house and the new owners didn’t have a space for it.  It took them a couple of weeks to respond to our inquiry about it, because they were so sad they had to sell it!  I had pretty much given up on it when we heard back from them.  My dad and Jeff assured them it would be in good hands and would end up in a great home.

I’ll share more on the wardrobe, the slipcovers, the curtains, the antique accessories I’ve picked up, and an amazing light fixture I just scored on Etsy… 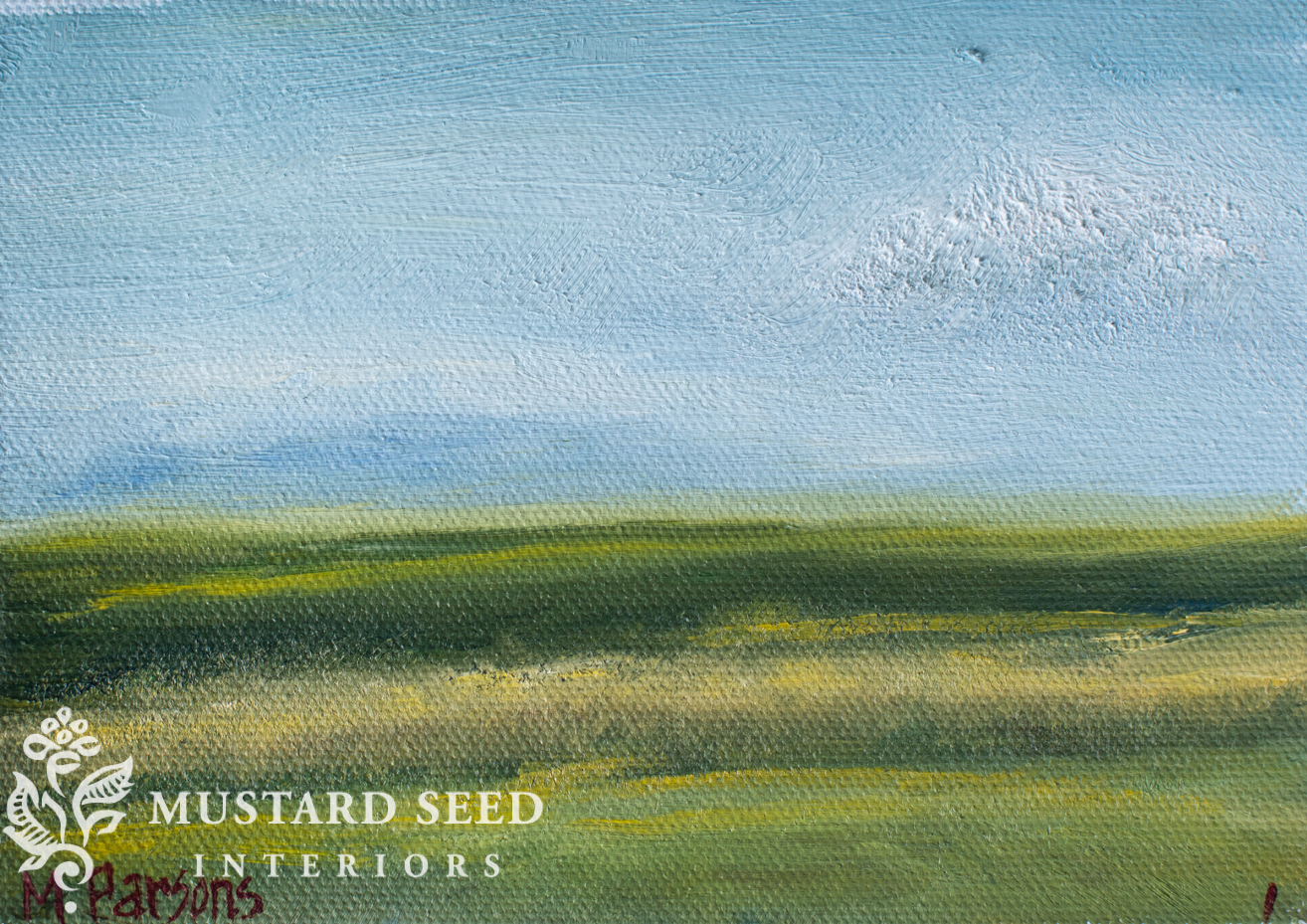