In the early days of quarantine, I remember feeling a little panicked about food.  Maybe panicked is too strong of a word, but I was worried about the unknown.  I have some small experience with food shortage and not knowing what you’re going to be able to get each day.  I spent a summer in Russia, just a few years after the wall fell.  I lived in an apartment with my dad and, as the lady of the house, I was responsible for the shopping and cooking.  I liked homemaking even then and my dad was always one to push me into the deep end to see if I could make it.

We shopped together the first few times and I learned that it was nothing like going into an American grocery store.  Their stores were small, more like the size of a gas station market, and the shelves were almost completely empty.  And that’s not an exaggeration.  On an entire aisle, there might be four 2L bottles of Coke, a few boxes of dry pasta, a jar of mayonnaise.   I bought yogurt, milk, butter, and eggs from a little stall and had to bring my own carton for the eggs and a backpack to carry my purchases.  Loaves of bread were purchased from a small bakery and they were just handed to you.  No paper or bag or anything.  Here is your loaf from my bare hands to yours. 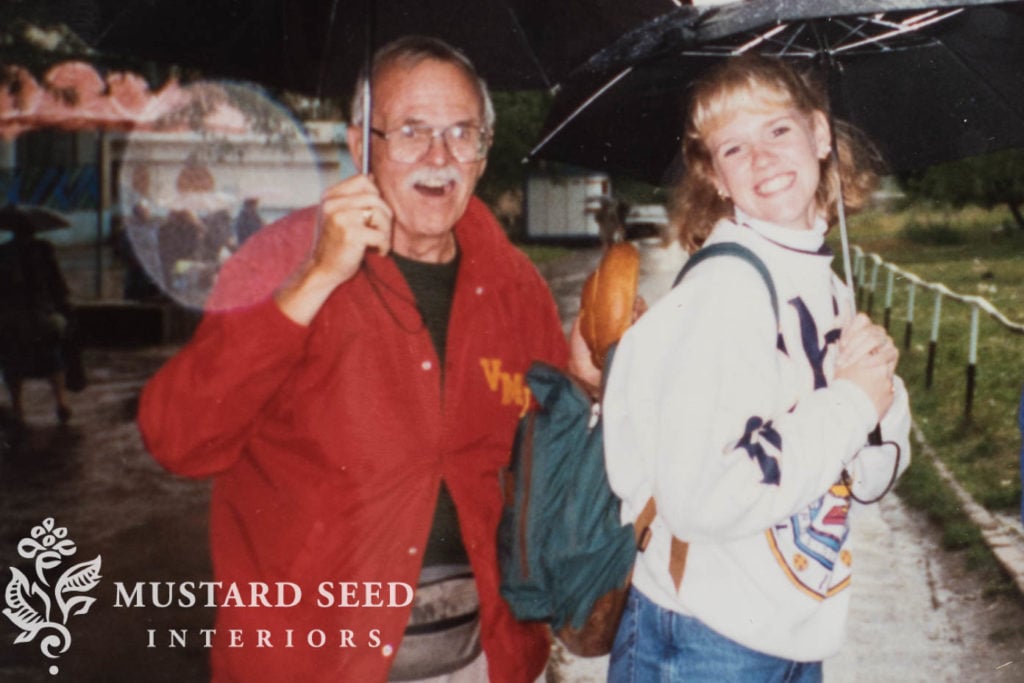 Produce was purchased from people sitting on the curb, offering the latest picked from their Dacha garden.  (A Dacha is a little country home that most family’s owned.  They would have a garden, a small house (usually without indoor plumbing or electricity), and a banya (a spa where you sit in the steam and they beat you with birch branches!)

I also bought ice cream from a box on the side of the road. 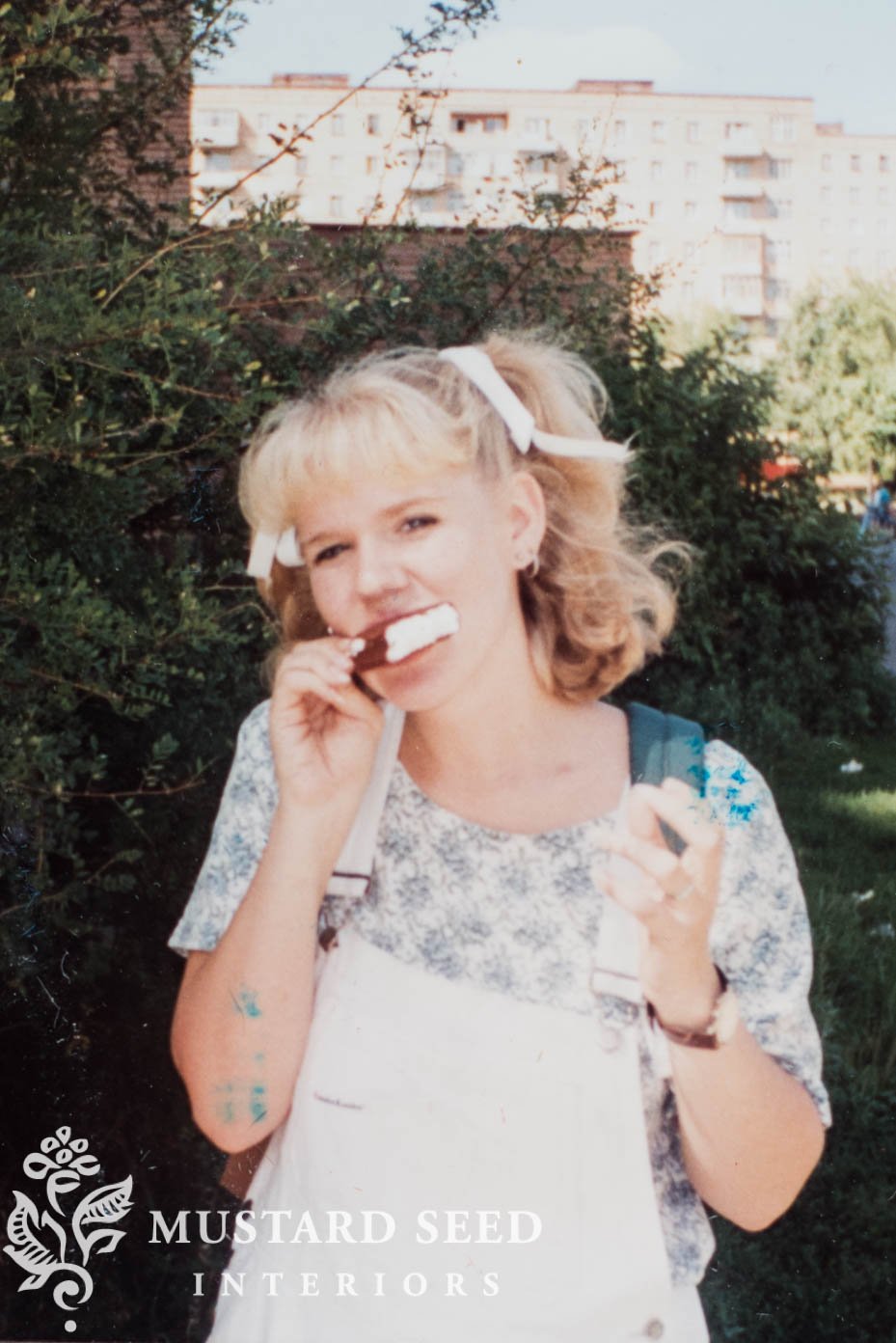 Nothing could be bought that wasn’t in season and I had to learn to go to my various stops for food every few days and see what was available to purchase.  We ate a lot of cucumbers, eggs, bread with mayonnaise on it, yogurt, squash, berries, and we’d buy some lunches and dinners from a local restaurant to supplement.

It was during this trip that I fell in love with raspberries.  I ate the fresh off the bush until I was full!  I always thought they were too tart, but they were heavenly.

I learned what I was made of that summer as I shopped, cooked, navigated the tram system, washed laundry by hand, and went without hot water all summer.  It was hard at first, but eventually, those things became normal to me and I stopped missing all of the things I didn’t have.  I left Russia with tears, sad to leave our apartment and the friends I had made. 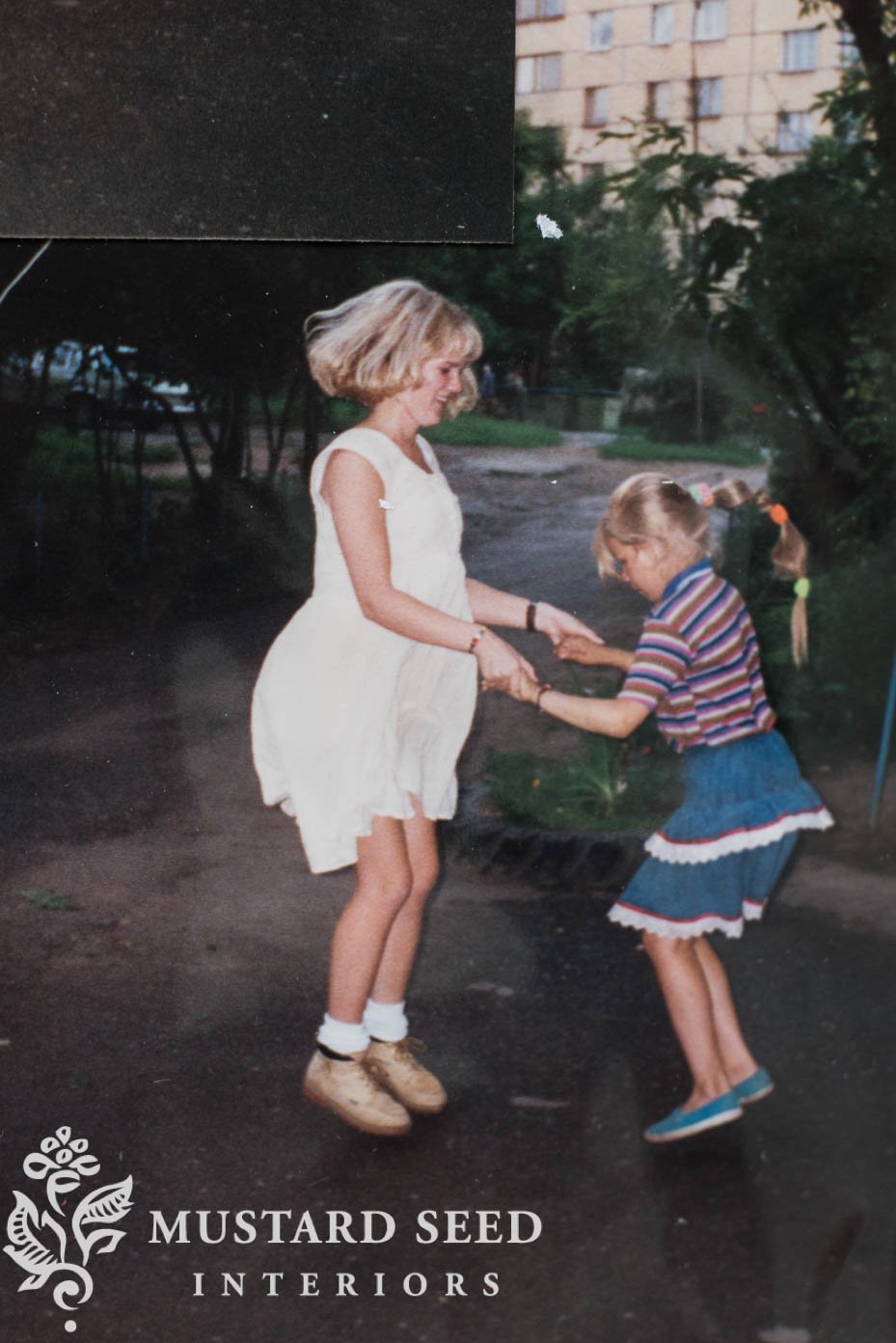 I share this story that seems completely unrelated to Banana bread because it was the time that came to mind when I started to feel worried about the unknown food situation.  We are so used to getting everything we want right when we want it.  We don’t follow seasons and we can readily purchase foods grown on the other side of the world.  But when that’s not the case, everything becomes more precious.

I remember taking an entire day to hunt down some potatoes with a couple of friends that summer.  I was finally able to purchase some off of a friend of a friend and I was so thankful for them.  I hugged them to my chest as we rode home on the tram.  I never felt such affection for a vegetable.

In that first week under the Stay at Home order, when I noticed the browning, squishy bananas on the counter, they had more value to me than they did just a week earlier when I might’ve pitched them.  I did the obvious thing and made some banana bread, but I only had two bananas when the recipe called for five.  This led to a make-shift recipe that turned into the yummiest banana bread. 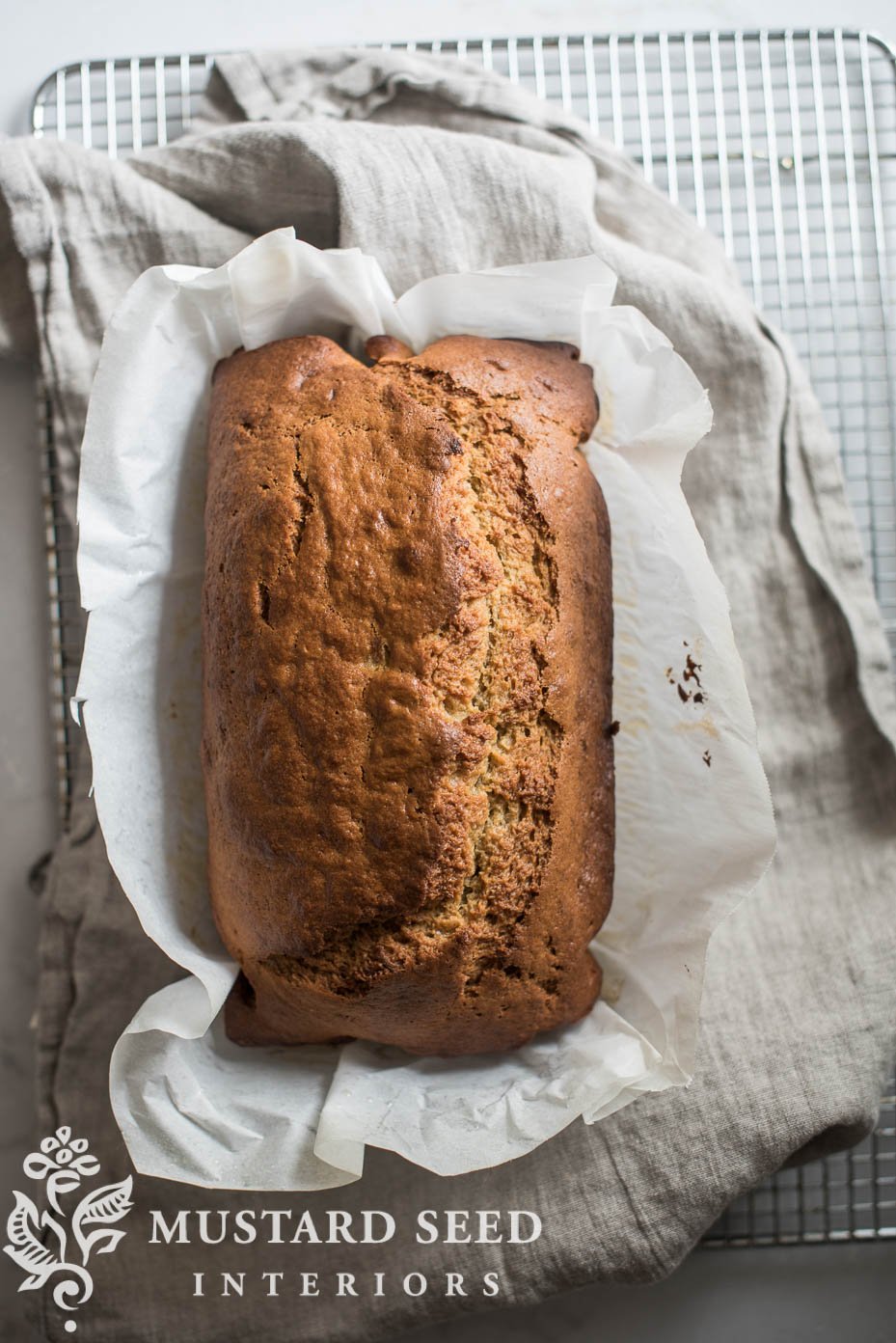 To make up for the banana shortage, I mixed in apple sauce and it turned out great.  I actually used five bananas and no applesauce in the next loaf and we all liked my makeshift recipe much better.  The crust was crispy instead of dry and the center wasn’t as wet and heavy.  I also use a mix of butter and canola oil instead of all one or all the other. 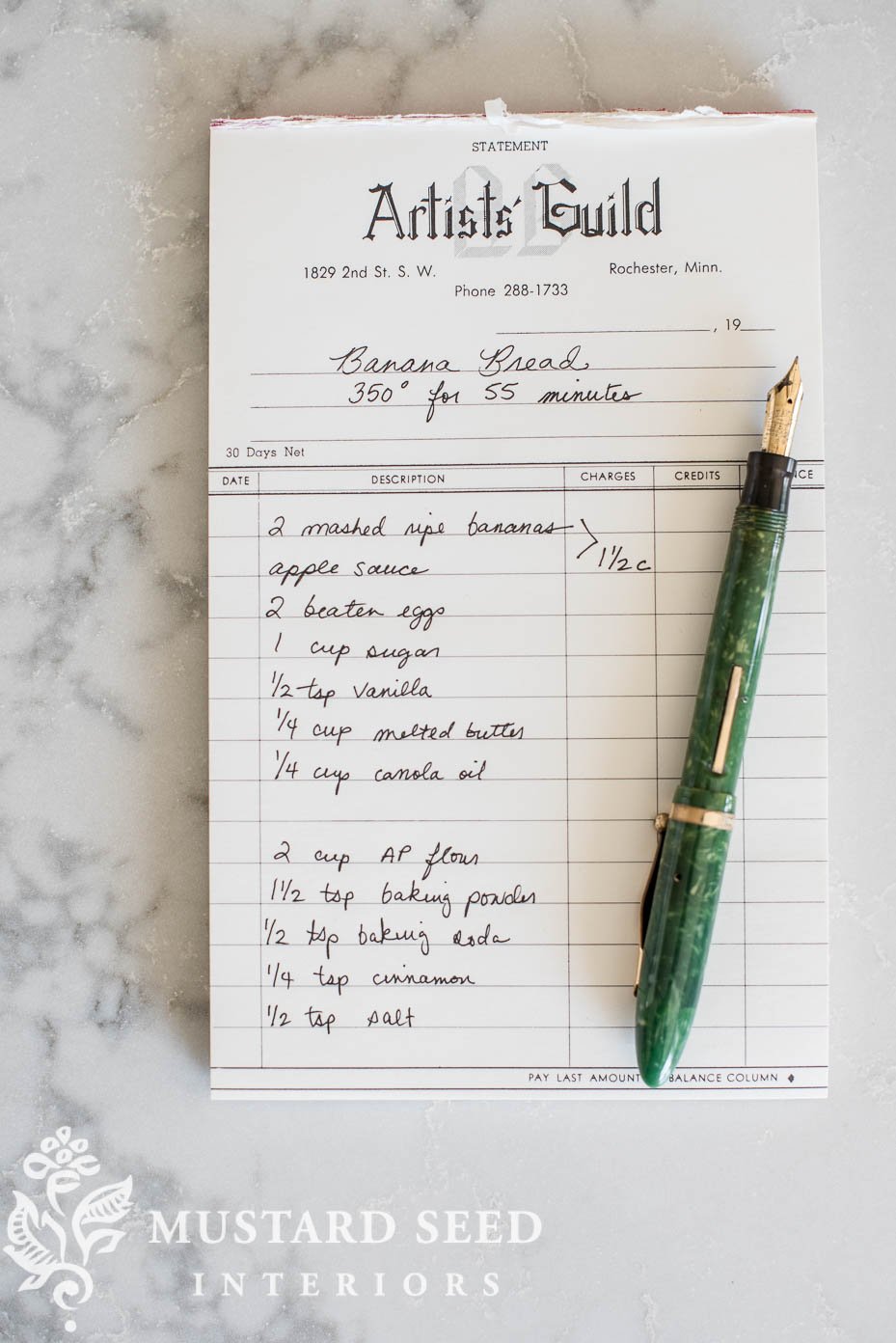 The mashed bananas and applesauce should equal 1 1/2 cups total. 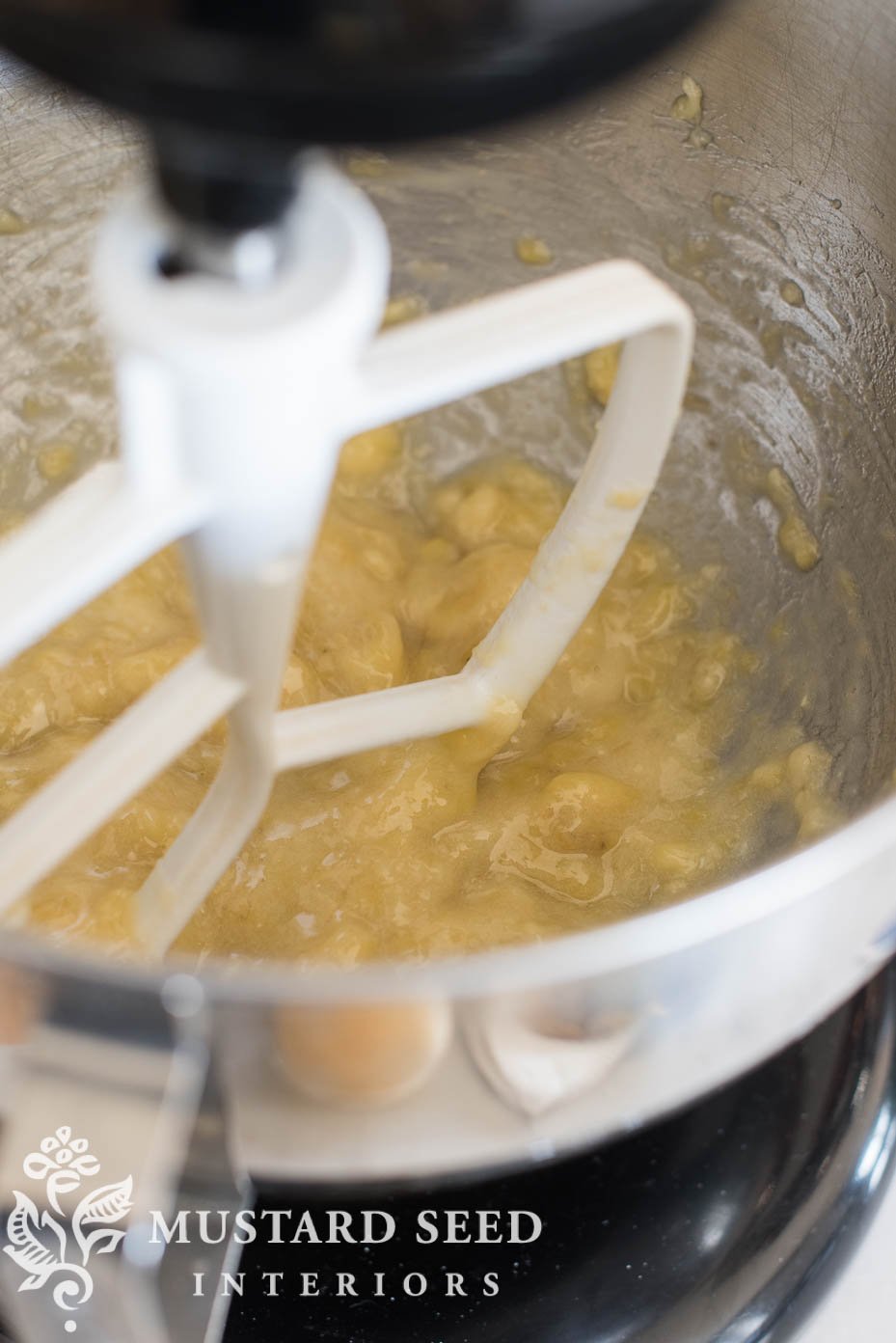 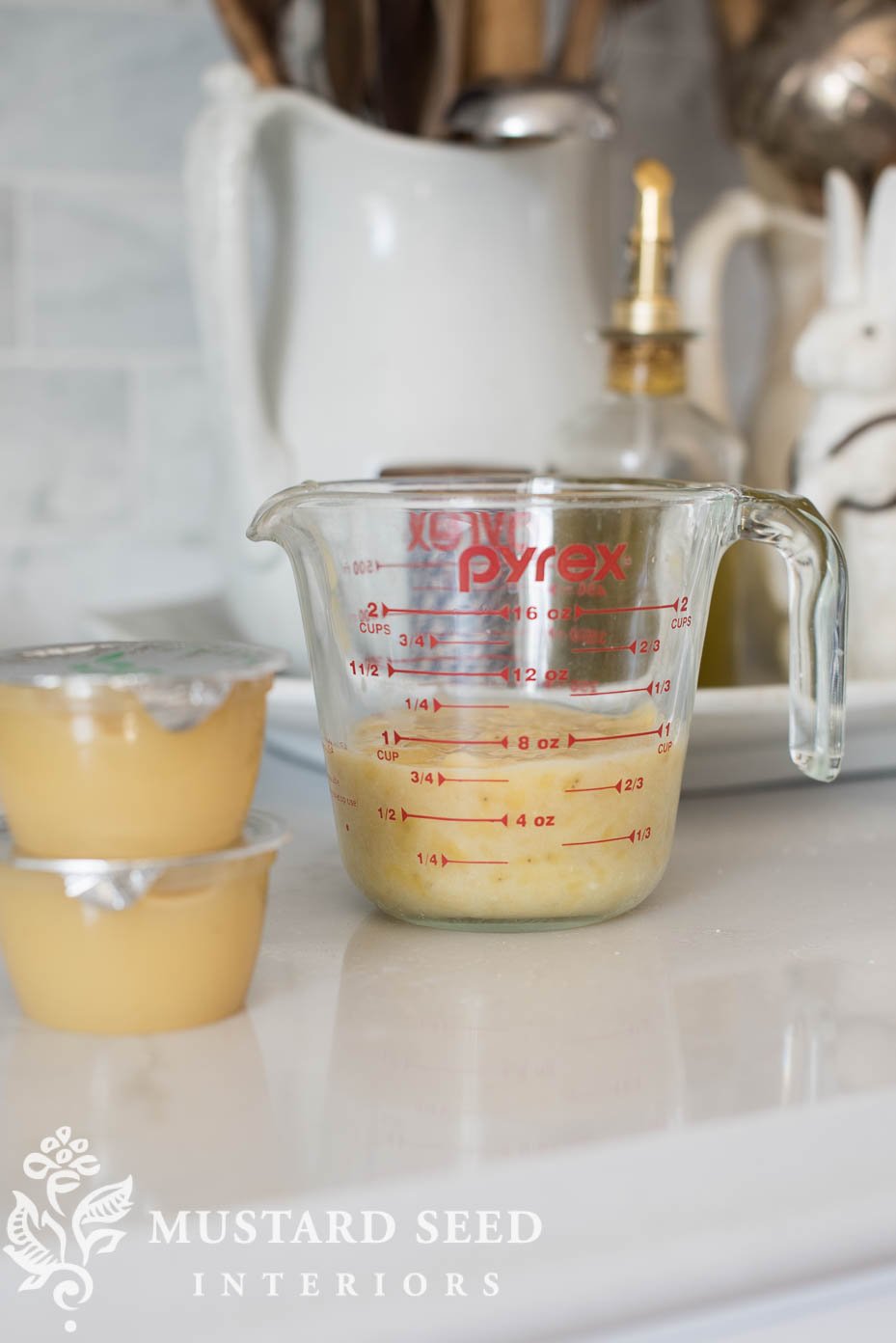 I mix all of my wet ingredients (including the sugar, which is considered a wet ingredient in baking) in one bowl and all of my dry ingredients in another and then gently mix them together.  You can add walnuts and/or chocolate chips if you want.  I prefer having some goodies in my banana bread, but I’m alone on that preference in the Parsons’ house. 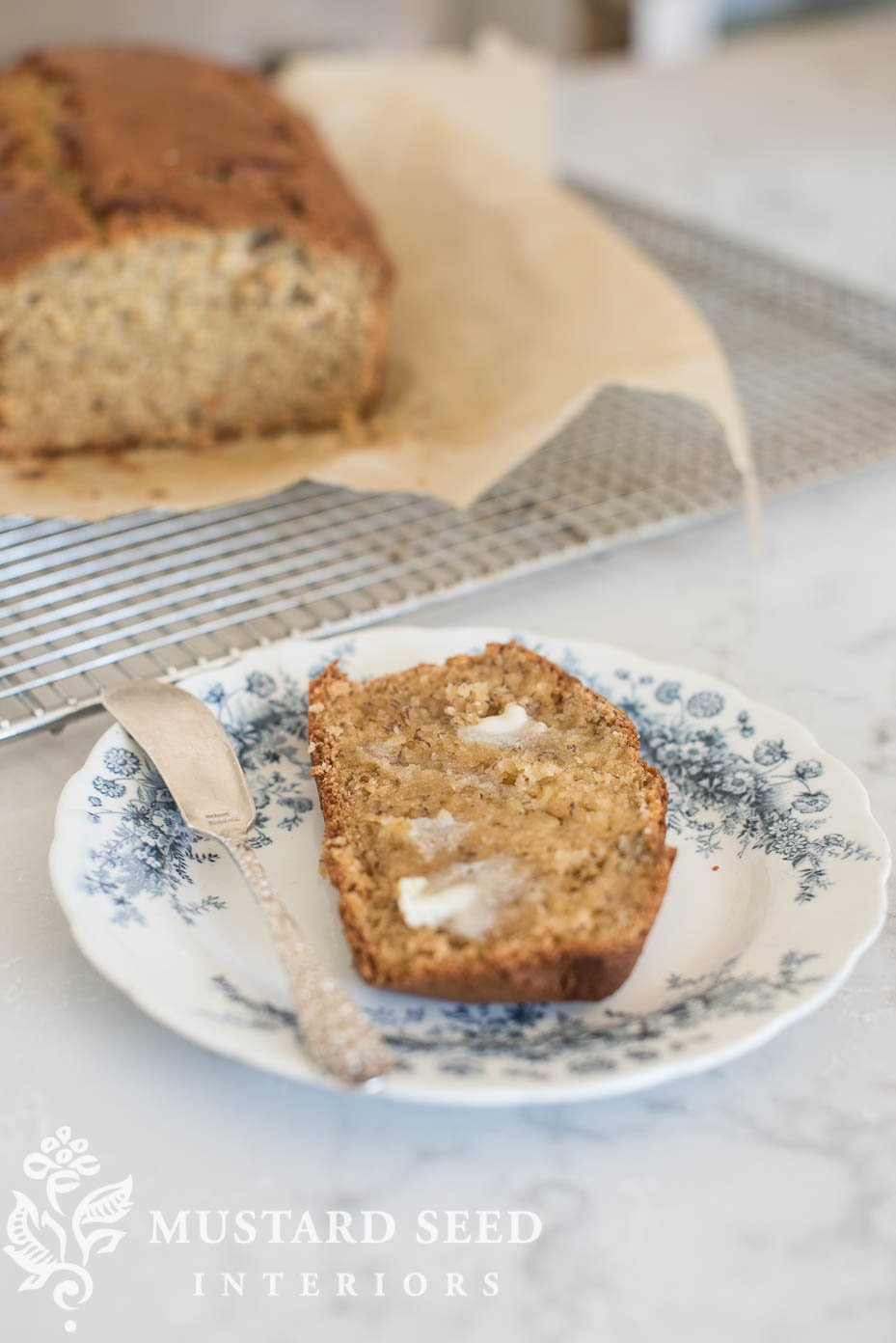 I am usually not a fan of banana bread crust, but this version creates a delicious crust that’s a little crispy.  It’s a nice contrast to the soft crumb and gooey top. 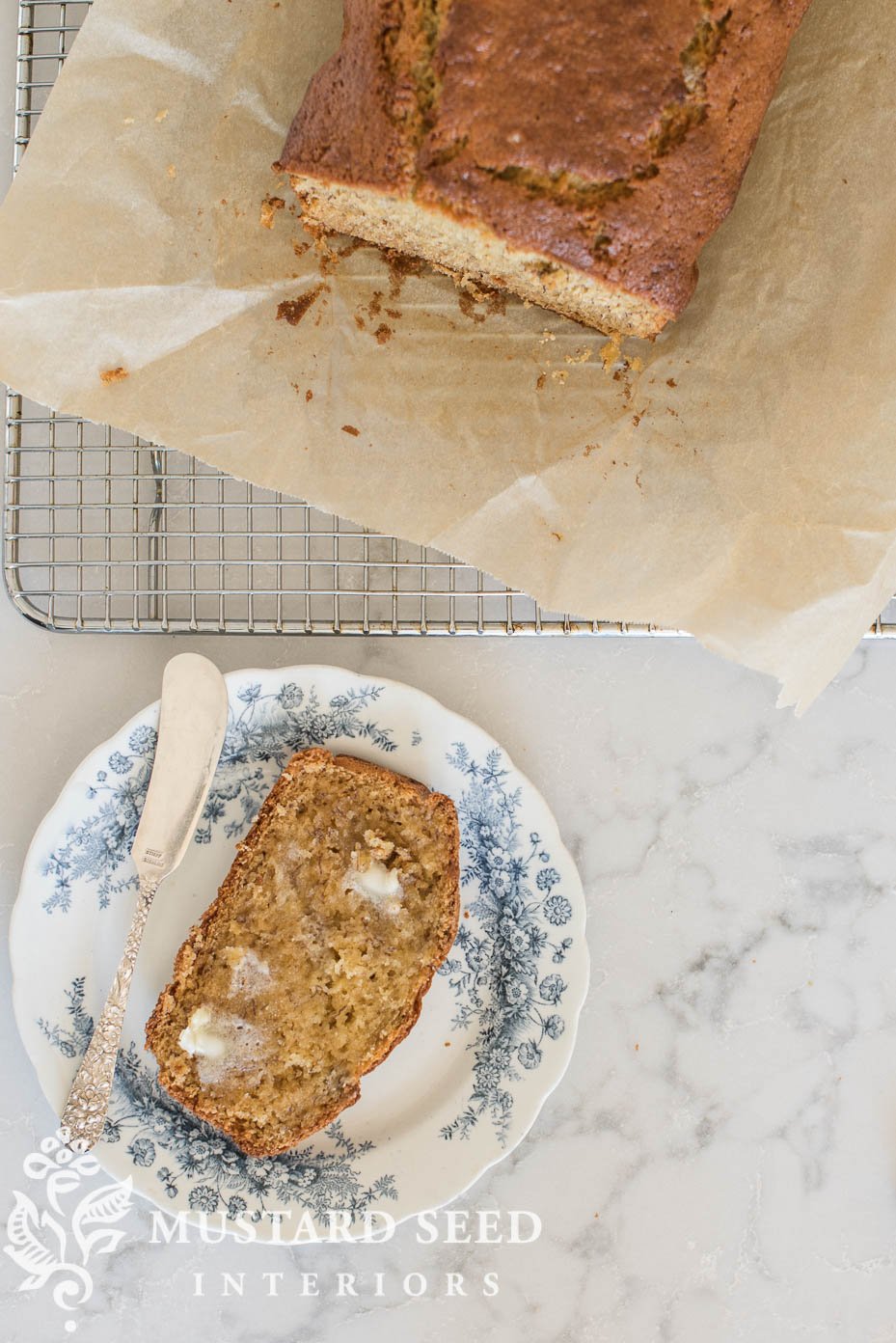 I bake mine in parchment paper, so it’s easy to lift out and let it cool on all sides immediately.  This prevents the loaf from getting soggy from sitting in its own steam. 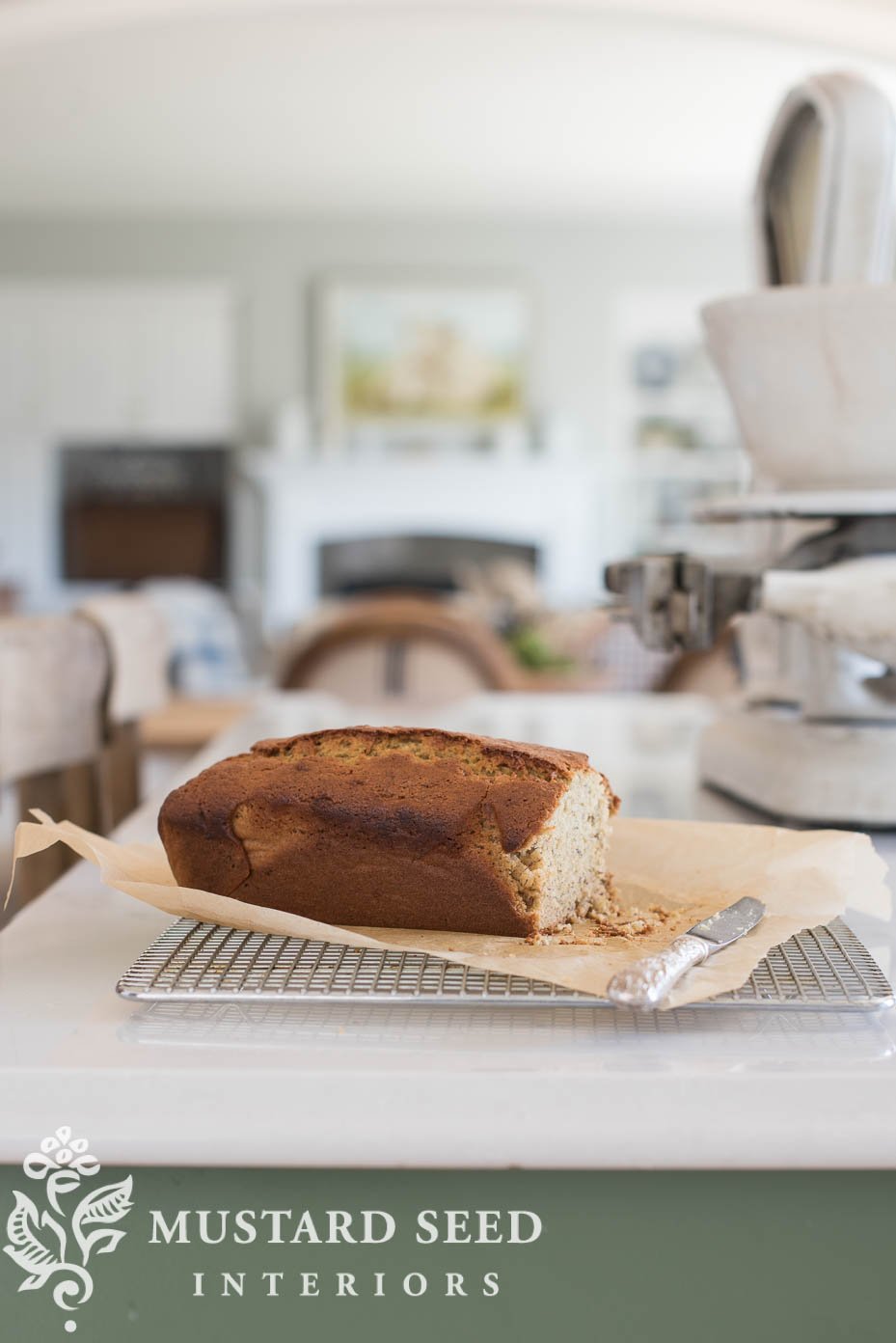 And then we eat it for breakfast and snacks and dessert until it’s gone!

I have informed my family that we’ll have to cool it on the banana bread for a while, because mom is starting to wear it on her hips and she doesn’t want to have to resist fresh banana bread… 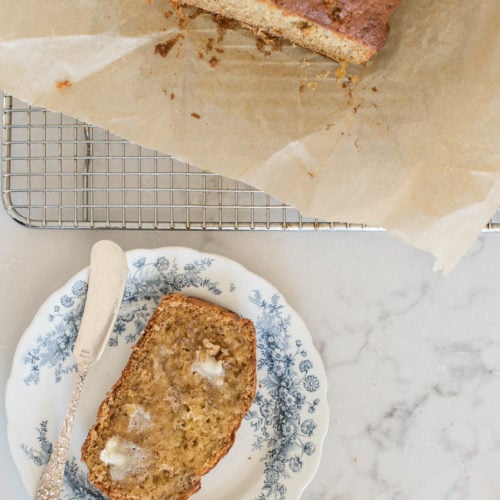 PS – As I was writing this story, I realized I should share more about my time in Russia someday.  It really was a special summer that helped me grow up a lot and I often look back on it as a time when I learned that I am made of firmer stuff than I originally thought. 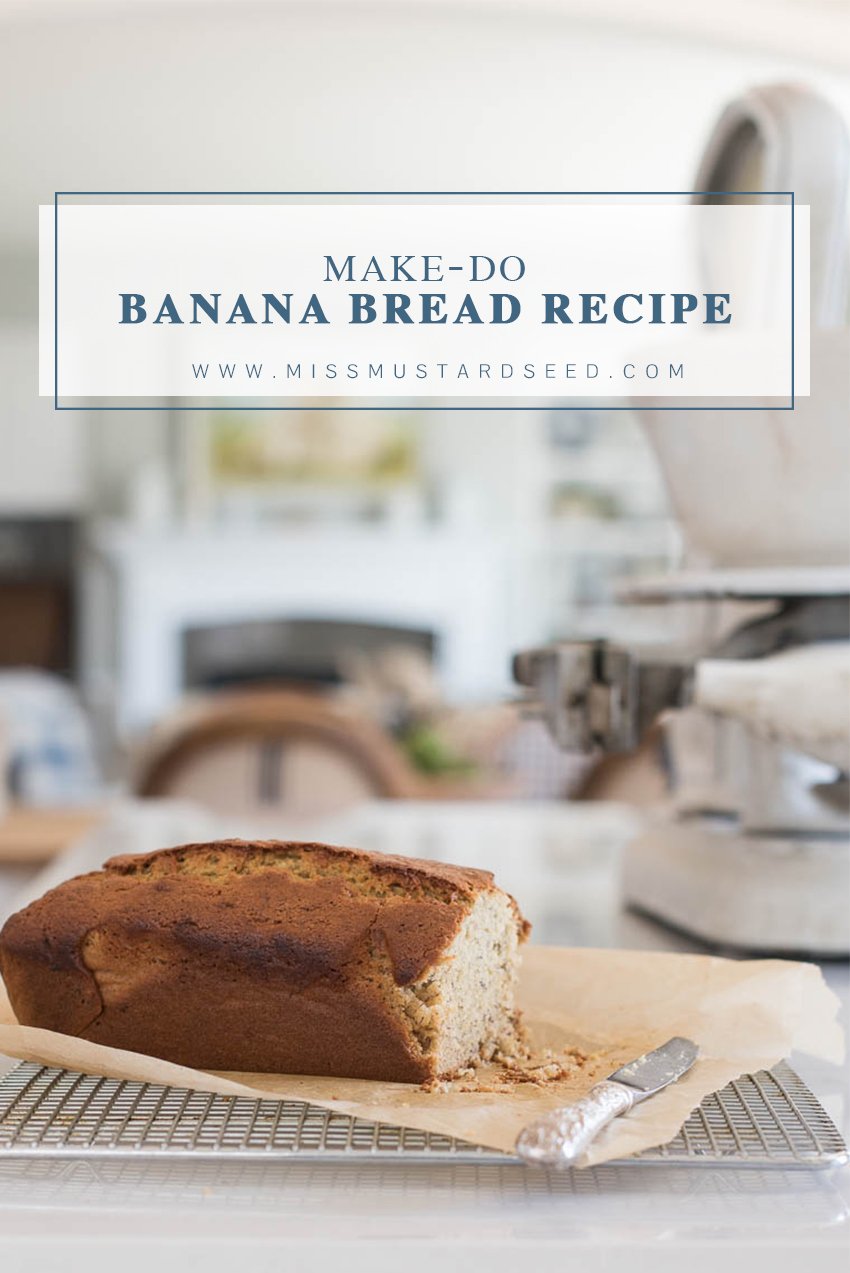