If you missed the reveal of my new kitchen counters, you can see them HERE.  In this post, I’m following up with some details about the backsplash.

I thought it might take a few weeks to have it done, but I was referred to a local “tile guy” who was able to fit our project in around larger jobs.  I had considered doing it myself, but after installing the tile backsplash in my last house, I decided tile work was something that was best left to the professionals.  The end result looked nice, but let’s just say that grout covered a multitude of errors!

I selected venatino marble subway tiles from Lowe’s.  It had just the right amount of gray in it, so it would add some texture and color, but would still be neutral.  I decided to have it installed in a 1/3 running bond pattern, with 1/16″ grout lines, and have it finished with bright white grout. 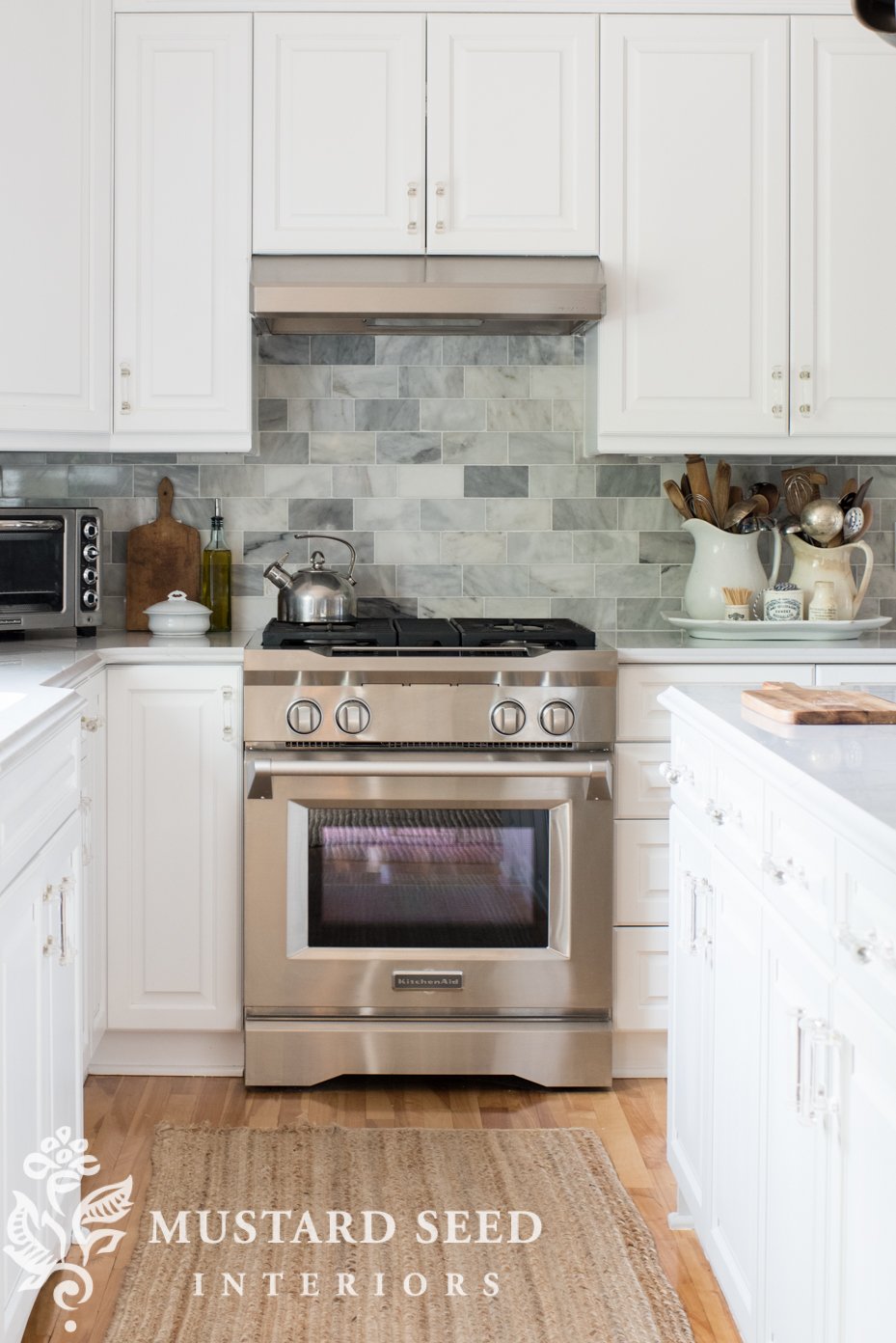 It was such a dramatic change and makes a real feature out of the backsplash.

I had considered plain white subway tiles, but I thought they would just get lost with the white cabinets and counter. 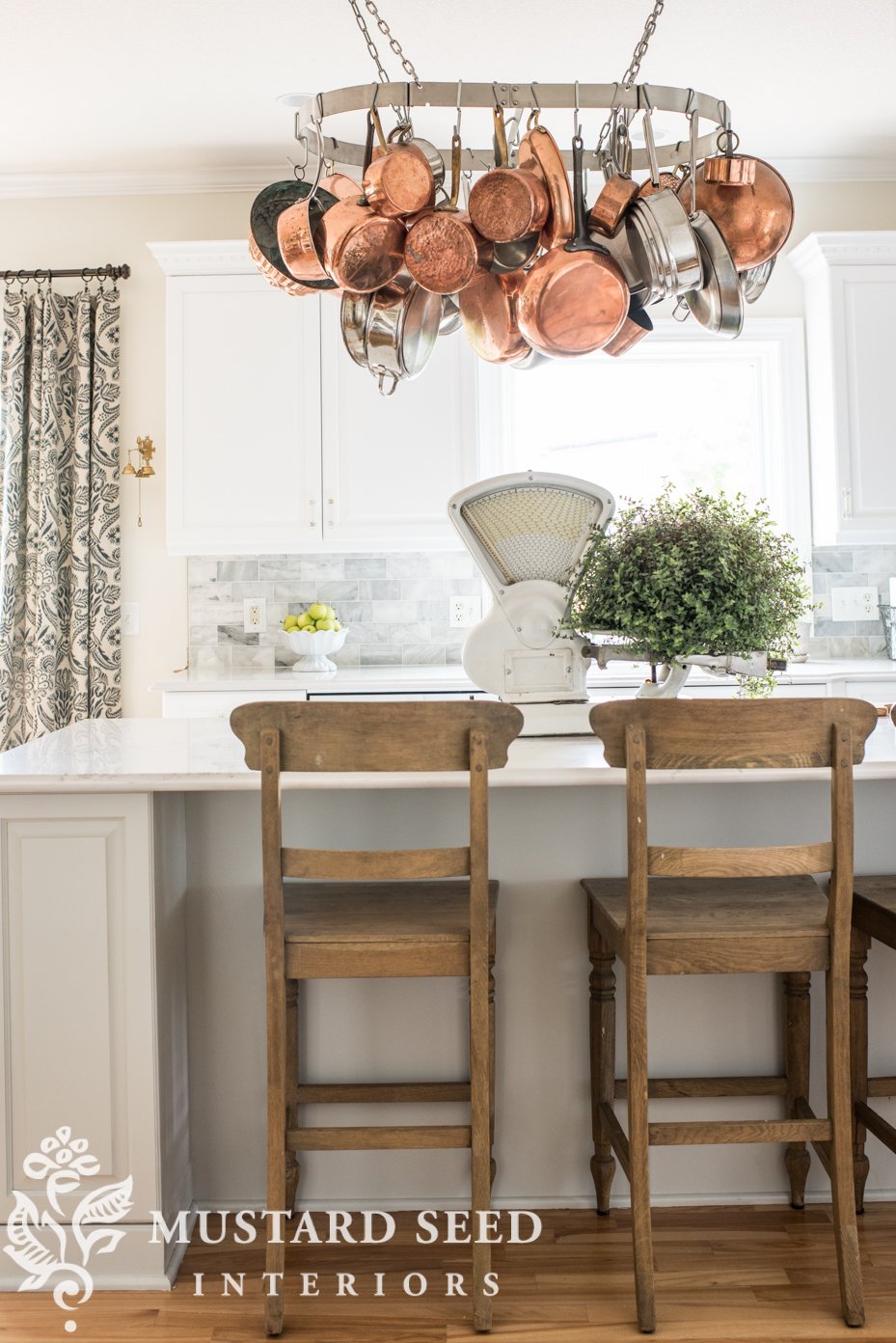 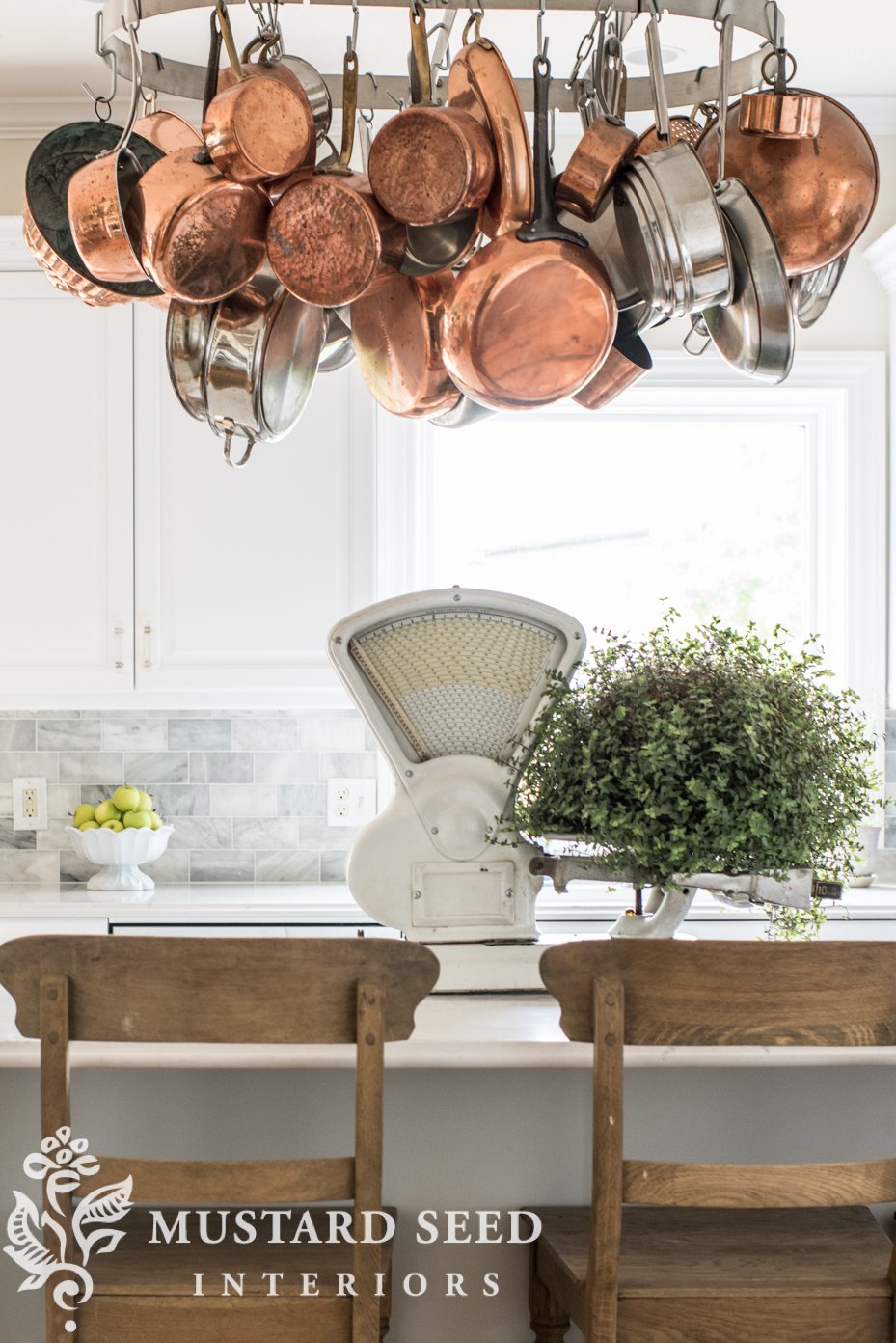 It’s also an important safety feature behind the stove.  Until we had the tile installed, I rarely used the back burners, because it can be a fire hazard having drywall right behind an open gas flame!  Now, it’s safe and draws the eye to the gorgeous beefy range. 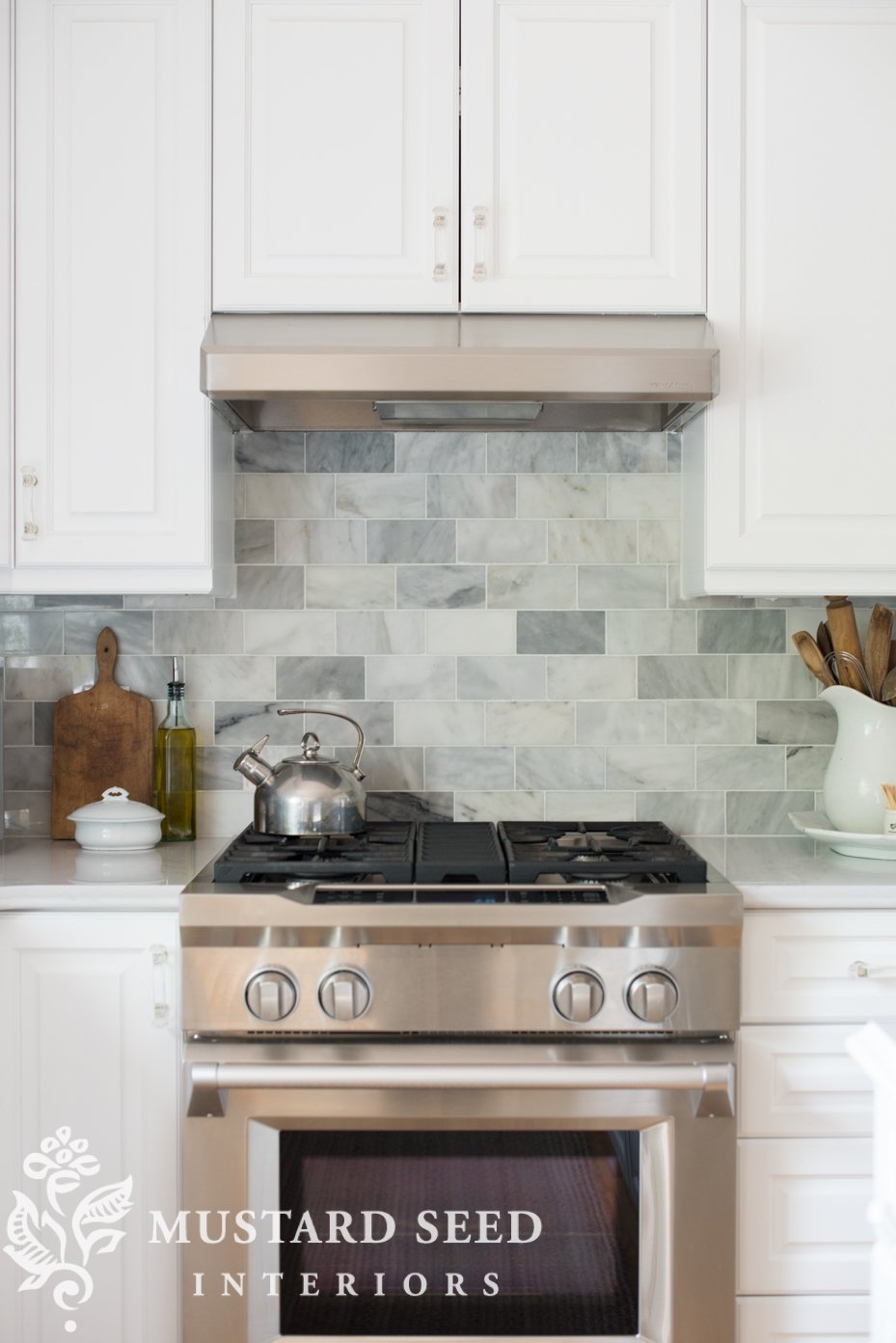 The edge of the backsplash next to the door to the studio was a little tricky, because of an inconveniently placed light switch.  I asked if we could tile all the way down to the baseboard and treat it like a 3/4 height wall treatment.  So, that’s what he did and it looks great! 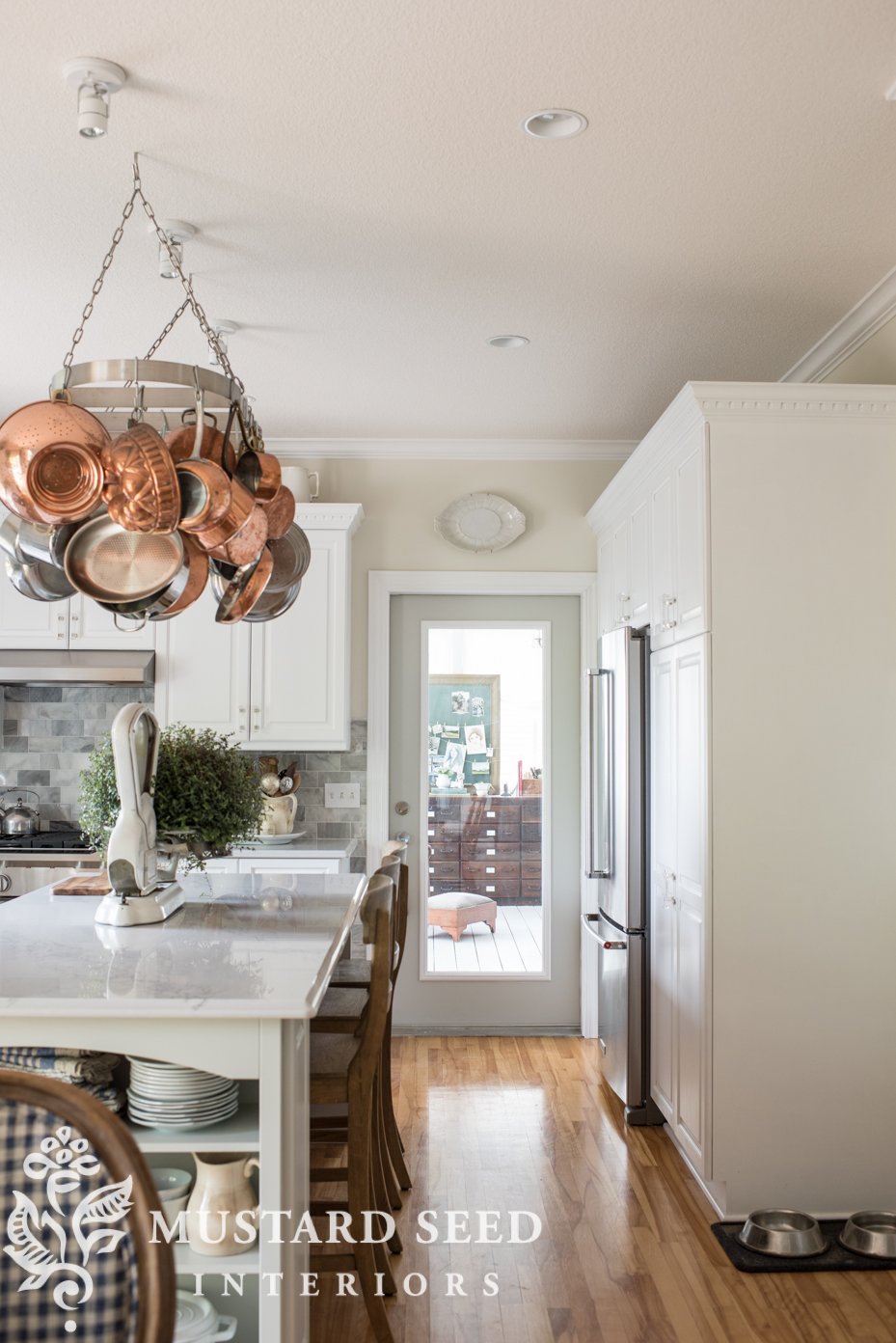 It’s capped off with marble pencil molding and it created a great little detail that frames out the white cabinets. 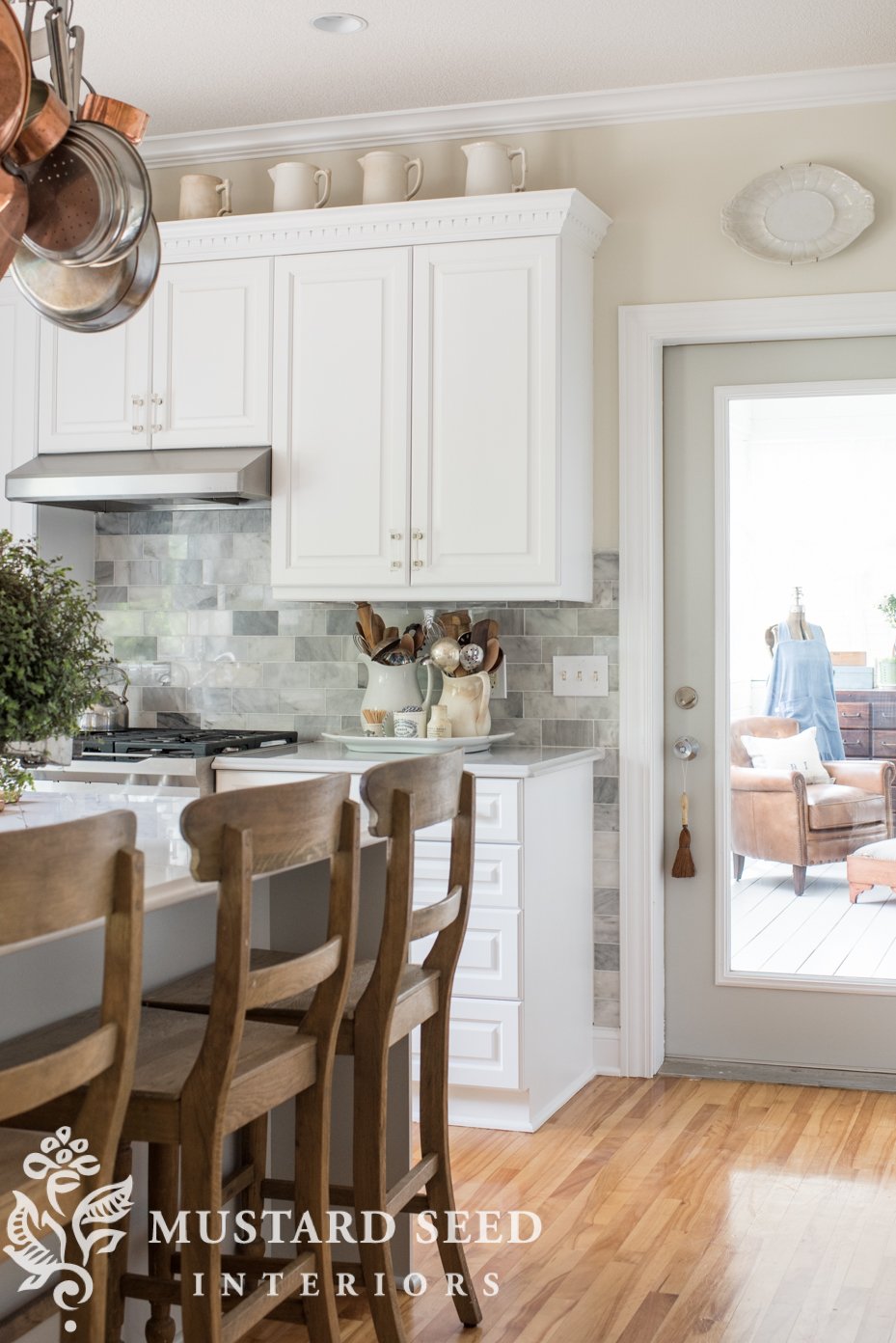 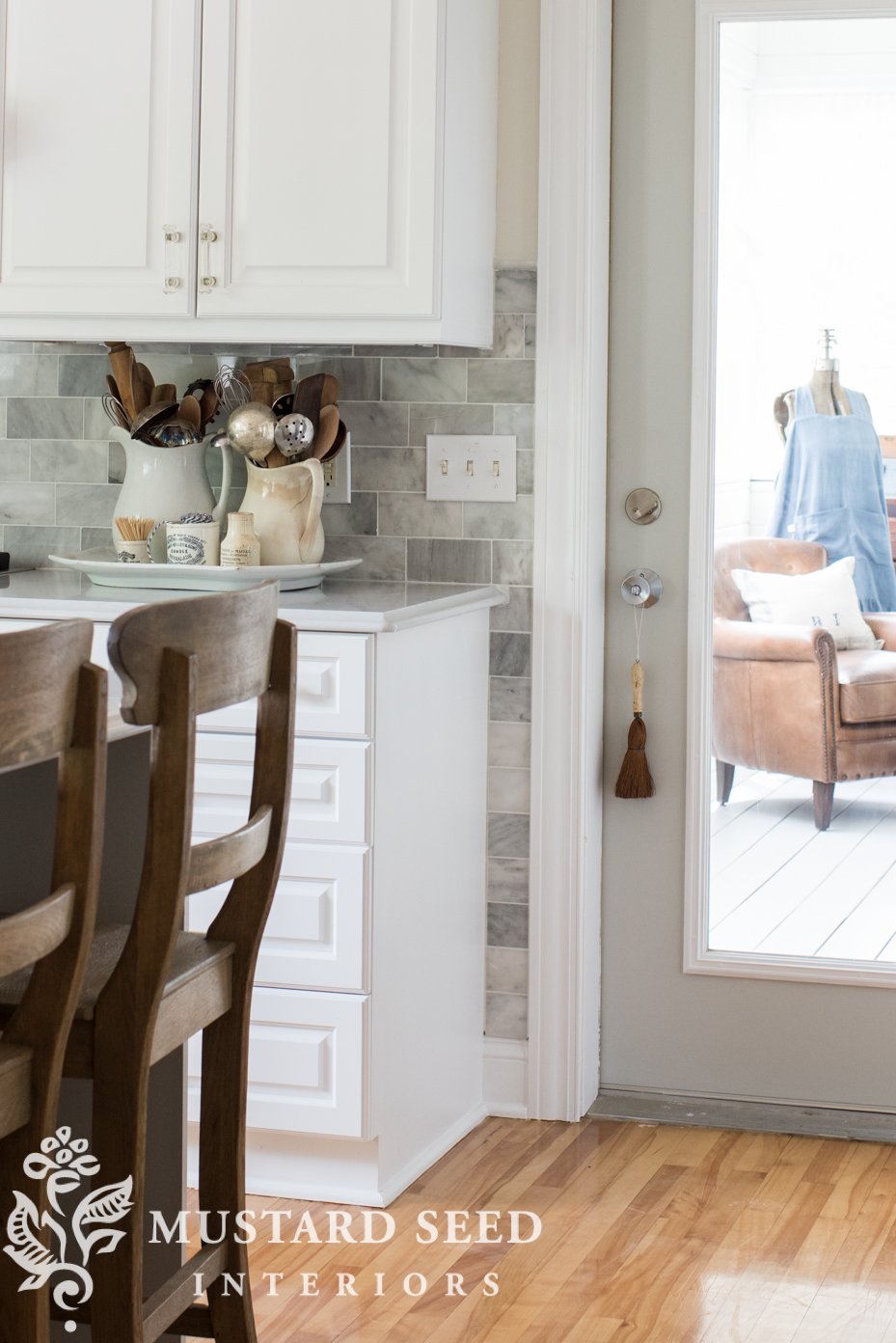 The new counters were a huge change, but the backsplash really completed the look and makes the kitchen look finished. 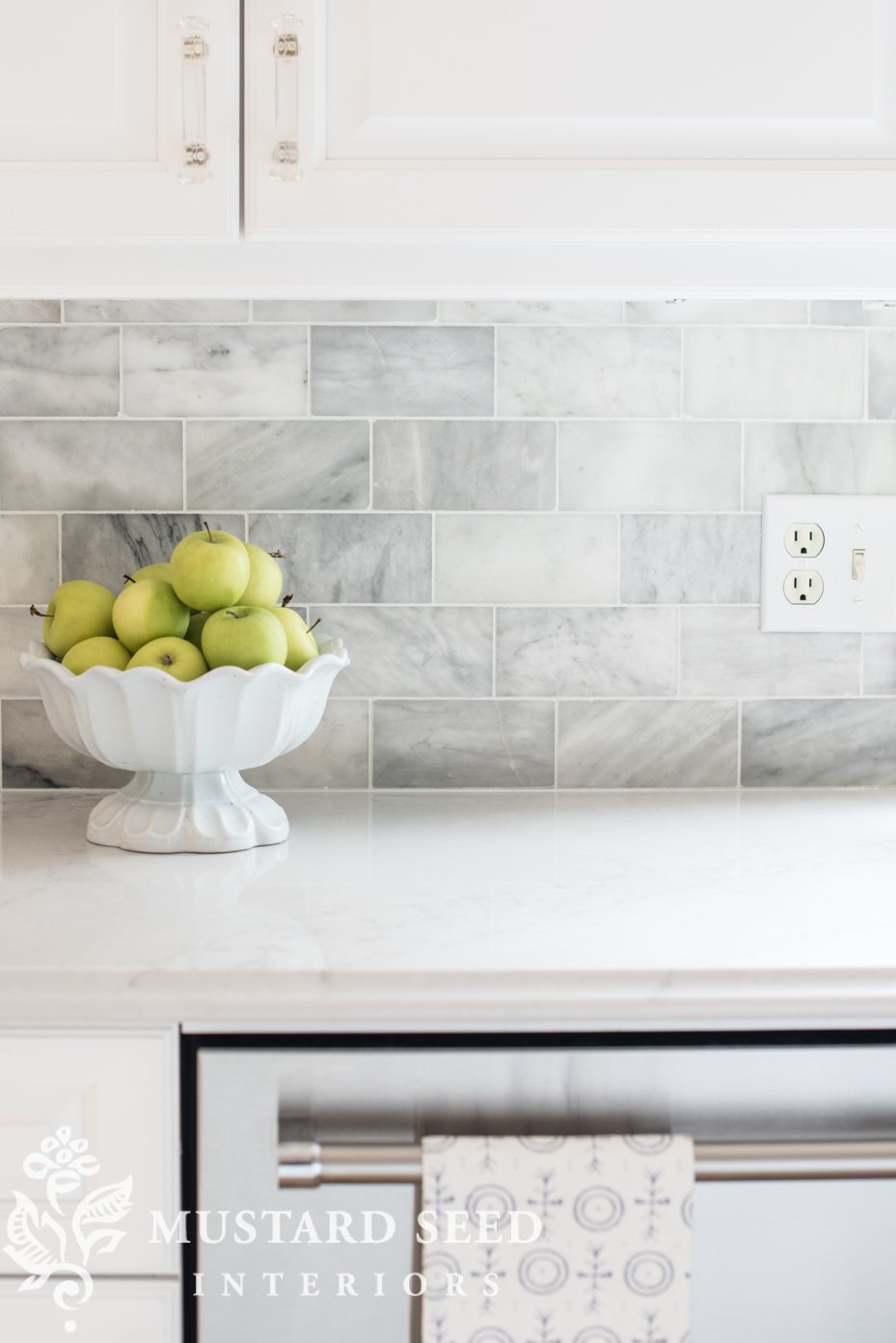 In my post about the counters, I shared I was considering repainting the walls, now that the “biggies” were in place and I could see how it all worked together.  I selected the wall color shortly after we moved in, before I picked out the counters and backsplash.  I declared I was going to “live with it for a while before deciding.”

Well, I’ve edited photos and put them in a post and wrote all about them and that’s been enough of “living with it” for me to know that the walls need to be a cooler color to compliment the new tile and counters.  The warm white is just looking off! 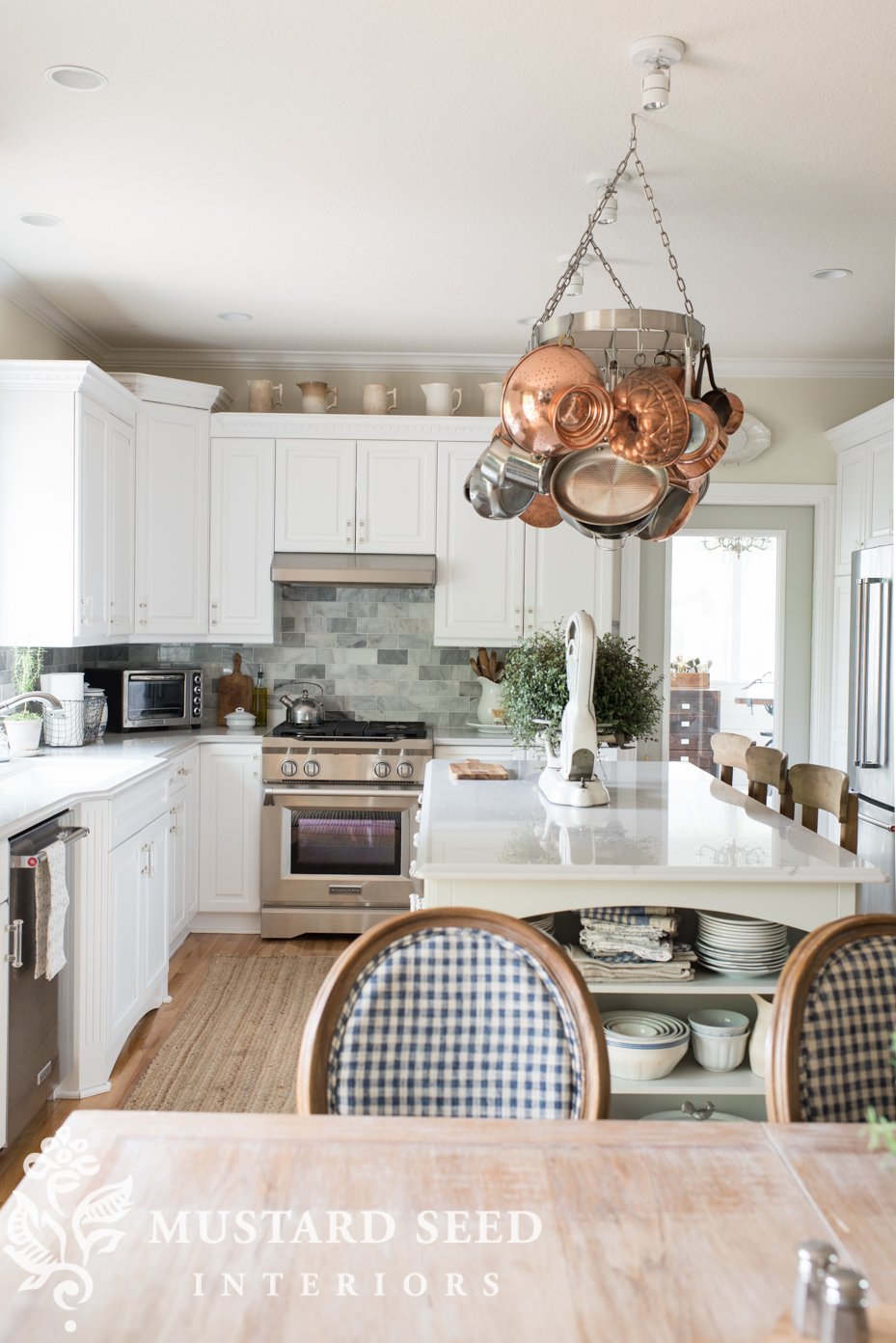 So, those walls are now at the top of my list to hit with a roller and paint brush!