how I maximize productivity

I am often asked how I do everything that I do, so I’m going to attempt to answer that in this post and to offer some of the ways I maximize productivity.  The reason why I say I’m going to attempt to answer that question is that I really don’t believe there is one set formula.  Systems that work well for one person aren’t sustainable for another.  I also don’t know that I really have a set system.  Some of it is just how I operate.  Some of it is learned behavior.  Some is discipline.  We each have our own unique blend of traits and it’s important to be aware of them and not try to cram ourselves into a mold in which we won’t fit.  So, take what clicks for you and leave what doesn’t… 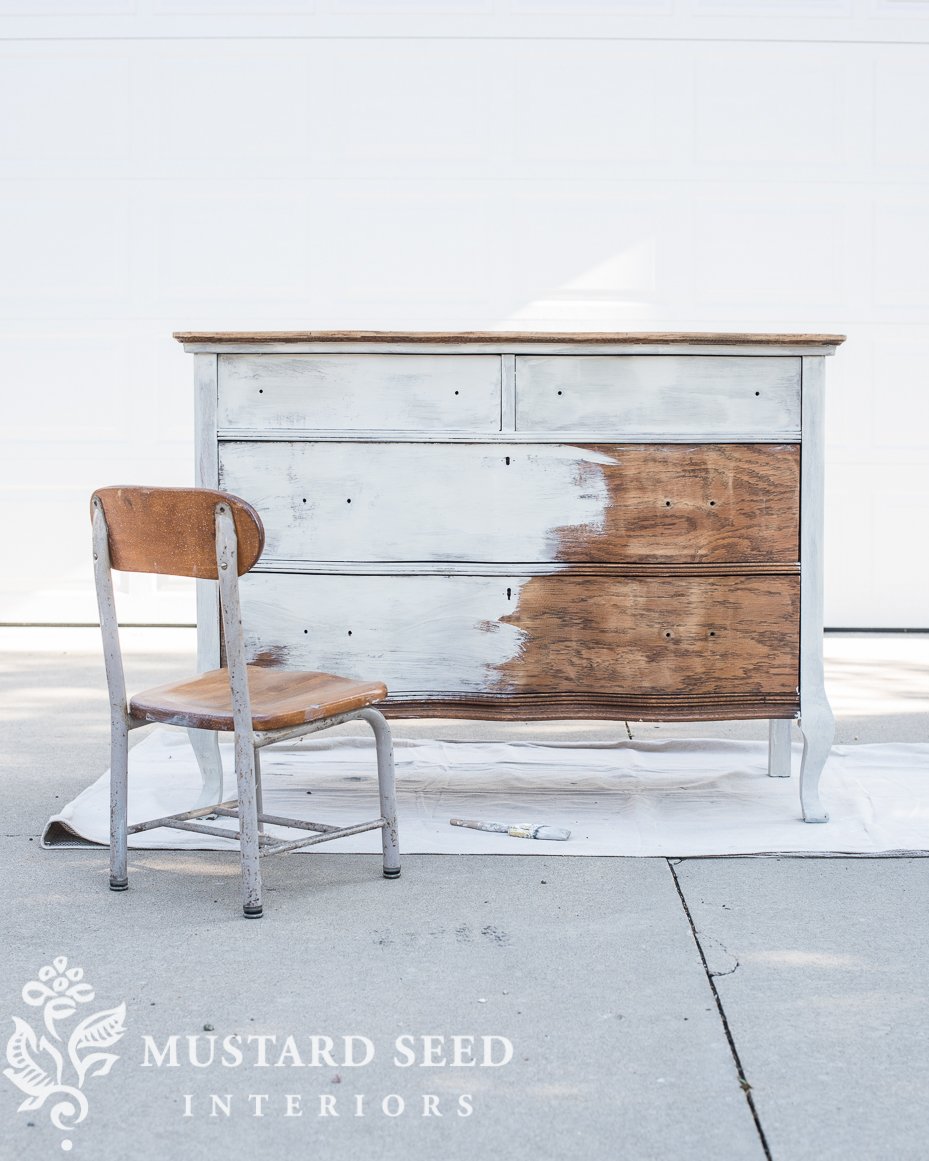 Let me start off by saying that I am not a baby step kind of person.  I like diving in.  I like pushing through a project to get it done quickly.  I can be impatient and impulsive when it comes to wanting to get something finished.  That means I’ve gotten a lot of projects done over the years, but it also means that I have regretted a lot of the projects that were completed in haste with the wrong tools, wrong materials, and without any sort of a reasonable plan.  The other thing working against me is that I am terrible at estimating the time it will take to complete something.  I’m sure a project will just take a couple of hours and it turns into an all-day event.  This means I end up rushing, especially when I’m running woefully over the time I’ve allowed myself to do something.  And that starts to disrupt the household.  Everyone is hungry, dinner is overdue, Sebastian is nosing my elbow for a walk…  It’s time to stop and I have a hard time doing that.

The good thing is, I’m teachable and I’m willing to learn from my own mistakes.  I have gotten so much better at approaching large projects with a more reasonable mindset – mainly, most things don’t need to be done all at once.

If you have a large project in front of you or even one that’s not-so-large but if it has you hung up anyway, try breaking it down into pieces.  It sounds counterintuitive, but it really does maximize productivity.  Let’s use painting a room for example.  Instead of adding “paint bedroom” to your to-do list, try breaking it up into smaller tasks.

You get the idea.  You can even break it down further than that and just work on one wall at a time.  Yes, it might take you a week to paint a room, but it’s more likely to get done if you work on it one step at a time.

I approach almost all of my projects like this now.  It doesn’t mean I don’t ever get hung up on something, but it means I make meaningful progress.  For slipcovers, I’ll cut the pieces one day, sew the piping another, work on cushion covers another, etc. until it’s done.  For my book, I committed to writing about 500-1000 words each day and I can’t believe how easy it was when I worked on it in bite-sized chunks.  I ended up overshooting my word goal (set by my publisher) by several thousand words because it just kept flowing out.  I even wrote a bonus chapter for renters that will be available as a preorder bonus.  (You can preorder Feels Like Home HERE, by the way!) 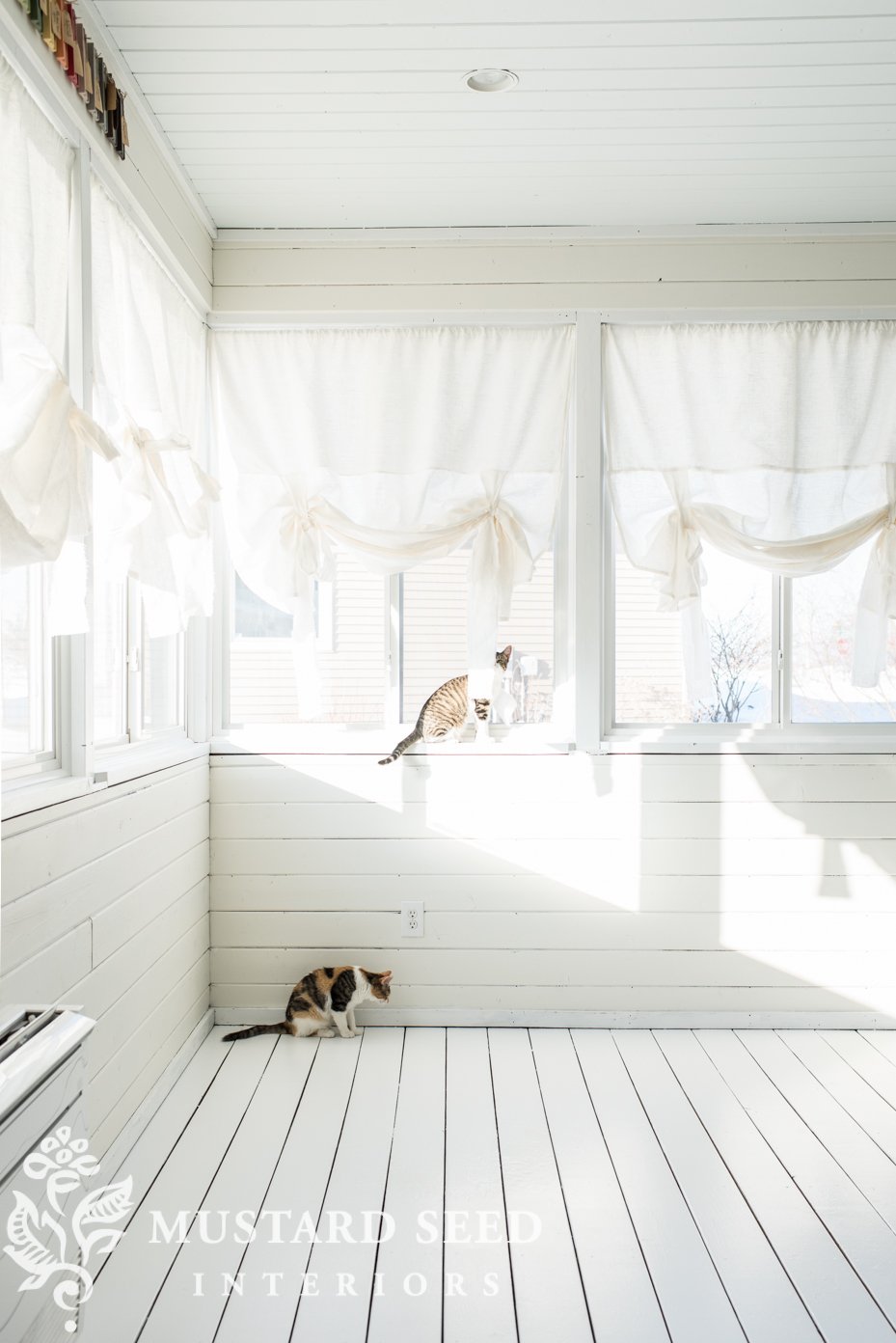 painting the checkerboard floor in the studio

One of the best things about having a smartphone in my life is always having a timer and an alarm clock right next to me.  I set timers and alarms all the time.  I have alarms for meetings, project due dates, when it’s time to get the boys from school, and even when it’s time to stop for lunch.  If I don’t set alarms, I’ll lose track of time or forget about appointments, my children, or eating!

I’ll also set timers.  Sometimes the timers as a boundary, so I don’t fritter away the day working on a pet project and other times I’ll set timers as motivation.  If there’s something I don’t feel like doing, I’ll commit to focusing on it for 30 minutes.  I would say I’m almost always impressed with how much I’m able to get done in 30 minutes.  I’m using this method now with cleaning out the basement playroom with the boys.  They are more willing to work on it when they know it’ll just be for a little while and we’re already making great progress.

Sometimes the boundary/motivation isn’t a timer, but a specific measurable goal.  I use that trick with weeding the garden beds.  I’ll weed and clean up organic debris until I fill a five-gallon bucket.  By the time the bucket is full, I’m cramming weed in to try to get just a little more done.  It takes a task, like weeding the yard, that can seem overwhelming and endless, into a definable task with a clear end.  (HERE is a post about that.) 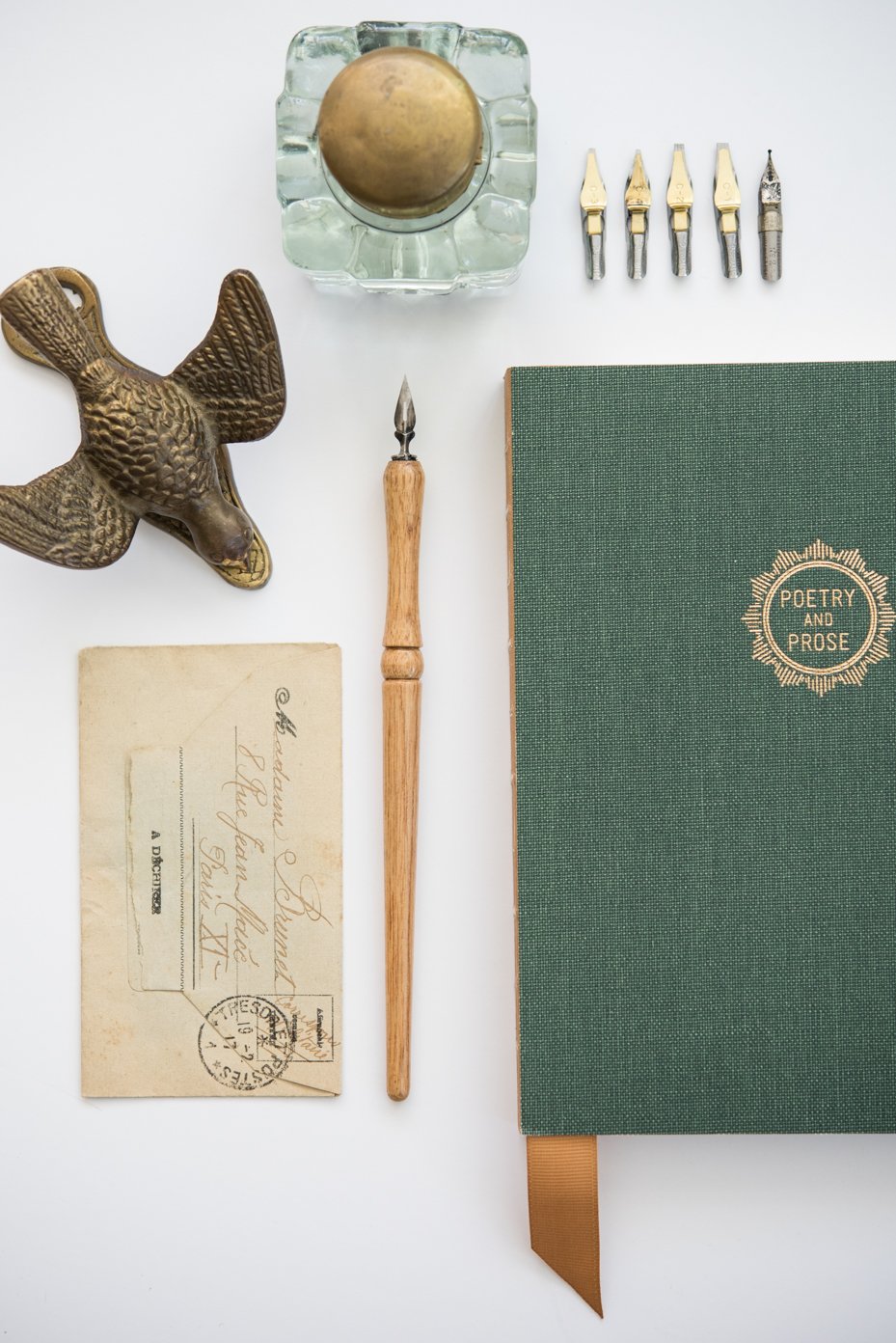 I used to keep a running to-do list of everything I needed and wanted to do.  It is a good thing to have, but it’s not a good thing to work off of each day.  The reason – it’s overwhelming.  If you have a three-page to-do list, how can you feel good about stopping at the end of the day?  I felt perpetually behind.  I mean, look at all of the things I didn’t get done!  It was hard to celebrate my daily accomplishments and know when to stop working for the day.  I would often work late into the night, feeling like I needed to cover more ground.

I finally heard about setting just three things to work on each day.  The big three.  If you’re like me, having just three things on your list sounds a little silly.  I can do three things before breakfast!  But, what I found is that if I picked three things to work on from my ever-growing running to-do list, I would give those my best time and would then feel like I had free time.  That didn’t mean I stopped working, but it meant I could work on other things.  Those things might be off of my to-do list, but they also might be frivolous creative endeavors that are productive in an entirely different way.  And, if I want to, I can stop working early.  I can use that time to run errands or read or take an art class or go on a walk.  Not only do I maximize productivity when I set a priority list of just three things, but I feel more accomplished and enjoy my rest time even more.  I rarely work late unless I’m really inspired and can’t help myself!  (If you need task-oriented planning sheets, you can find the ones I use HERE.) 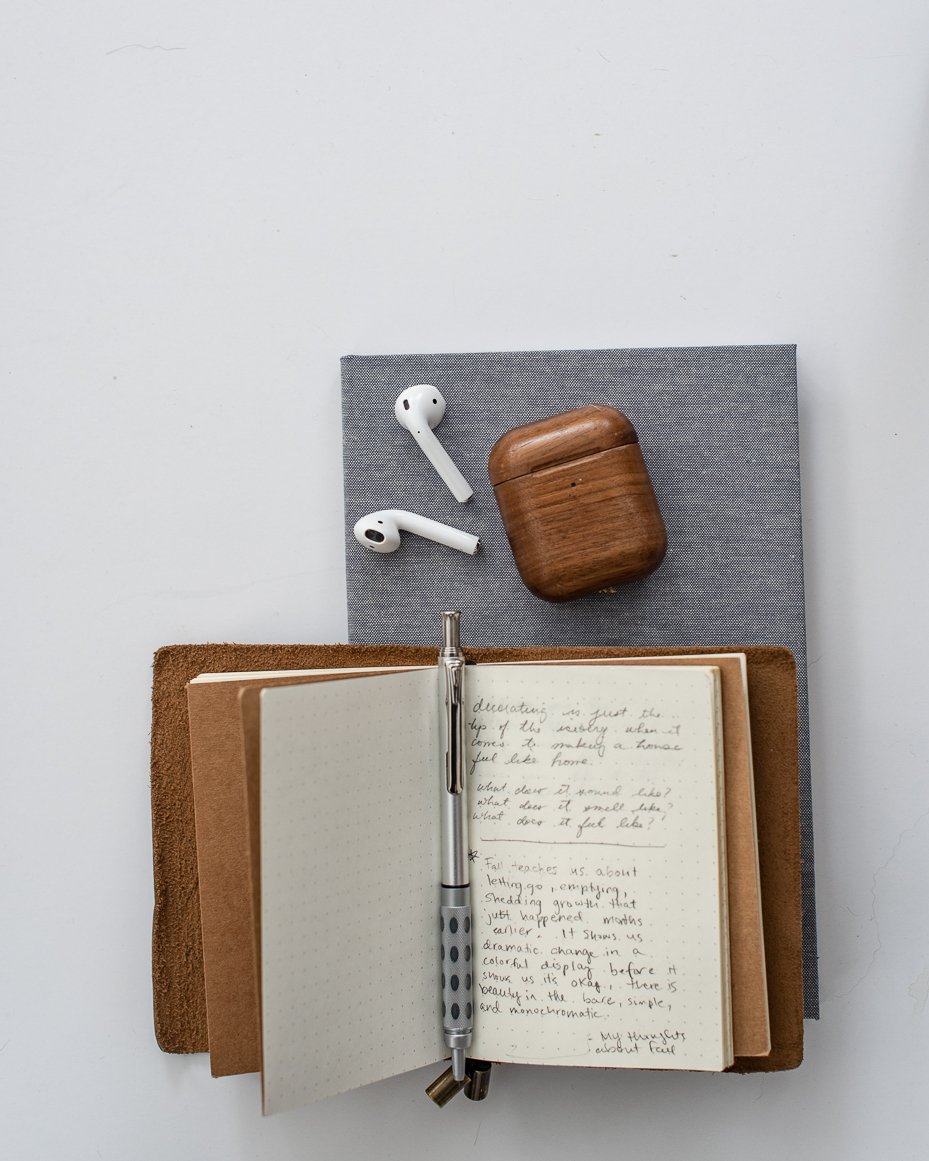 Mary Poppins definitely said it with the best style, “Aaaaand, snap!  The job’s a game!”  Making work fun really does make it more appealing and will maximize productivity!  I think this will look different for every individual and for every undesirable task.  I’ll listen to a great podcast or audiobook when I go on my walk.  I’ll put on music I like to sing with when I’m cleaning, working on home projects, or I’m in the garden.  I’ll read a book while dinner is cooking.  Sometimes I’ll reward myself with creative time after working on something that’s not very fun.  And yes, there are cases when you have to just buckle down and get something done, but if you can make it fun, make it fun! 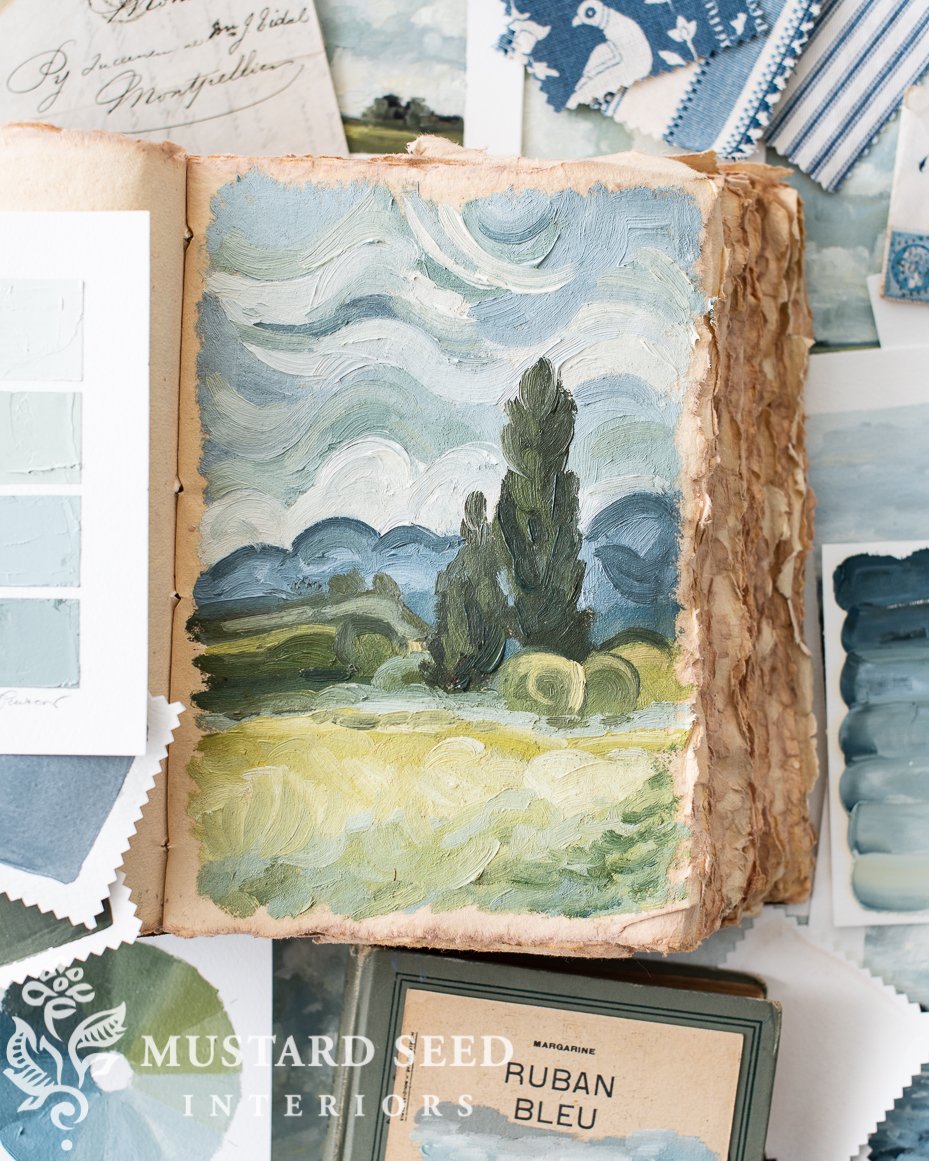 maximize productivity tip five | rest is a part of work

Again, it sounds counterintuitive to say you need to rest more if you want to maximize productivity, but it really is a thing.  It’s been said for years and years by very smart people in many many ways, but that message has definitely be drowned out by the message of hustle and the badge of busyness.  In the early years of my business, I worked tirelessly.  I was excited about my work and it was easy to work way too much.  I didn’t see rest as a valuable part of the equation.  I’m still a hard worker, but I make sure I balance it with rest.  And rest looks a little different for everyone.  For some, rest is a nap or watching TV.  For me, rest is drawing, painting, knitting, reading, and sleeping in a little later than usual.  It’s giving myself unhurried time that doesn’t have to be intentionally productive.  Those times almost always end up unintentionally feeding my productivity.  It’s so interesting how that works.

Schools tend to drop recess around middle school, but I think we all still need some recesses throughout our day.  Our minds are sharper, our focus is clearer, and our work is better when we feel like we have the energy to offer the task at hand.

The last thing I want to say is that productivity isn’t the end-all, be-all.  Don’t leave this post feeling like you’re not doing enough.  My aim in writing these tips is to share what’s worked for me and what helps me balance work and rest while getting a lot accomplished.  And I hope it encourages you.

If you want some good reading on the subject of productivity, here are some books I really like.  And, just to be clear, I am out on any book that tells me I just need to work harder and do more and that making money is the highest goal in life.  I’m not interested.  If the book is encouraging me to continue to learn, grow, be a more prolific creative, and work smarter, then I’m in.