how to custom mat a photo | video tutorial

I’ve shared before that I grew up an Army brat.  Some kids really hate the instability of moving around, but I thrived on change and, despite crying when they were ripping up flower beds to work on WWII era pipes, I loved living on a military base.  We could walk everywhere and had so much freedom as kids.  There were also tons of programs to get involved in.  I did theatre, baton twirling, tap dancing, basketball, soccer, baseball, ballet, tin-punching, rafting, hiking, ice skating and was a part of a ski club…it was a really cool way to grow up.  My mom also got involved in the classes they offered for military wives.  One of those classes was learning how to frame and custom mat a photo.

I remember my mom taking family pictures to the frame shop to work on and, eventually, we had a beautiful gallery wall.  So, it wasn’t far-fetched for me when I decided to mat my own pictures.  I didn’t have access to a framing shop, so I didn’t make my own frames, but I’ve been collecting wood and gilded frames over the years.  I found most of them at thrift stores, yard sales, and antique stores for just a few dollars each.  I didn’t pay more than $10 for a frame.  And last week, I shared my own gallery wall. 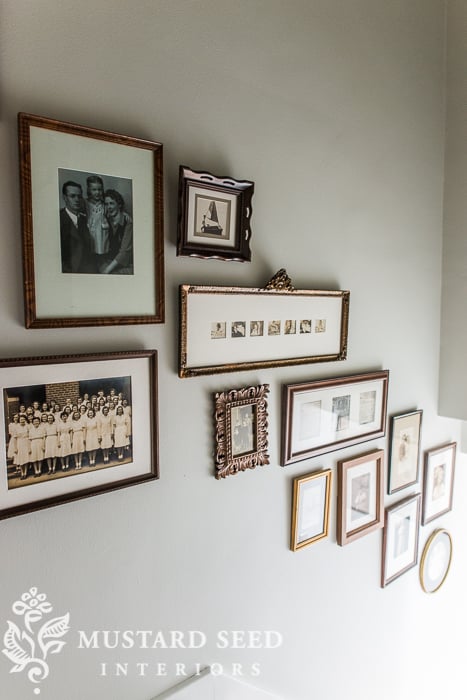 When I shared my gallery wall, I received a lot of requests for a tutorial on how to custom mat a photo, so here it is…

How to Custom Mat a Photo (with a Logan Mat Cutter)

I couldn’t find the exact mat cutter I have, but this one listed on Amazon for $198 is almost identical and may just be an updated version of the one I have, since the model number is the same.

In the video, I talk about “weighting” a mat at the bottom, which I decided not to do with the picture I was matting, but I wanted to show an example.  The picture to the right of the doorway below is “weighted”, meaning there is more mat below the photo than above it… 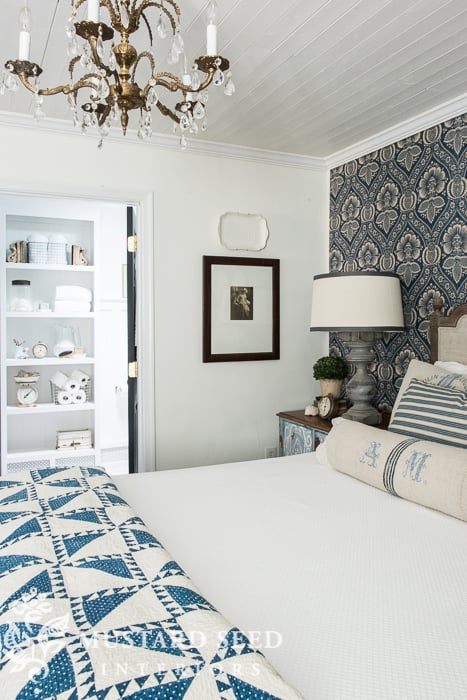 I don’t know the technical reason for doing this, but it’s a common option in custom framing and I do think it sort of “lifts” the picture in a custom mat.  I like the way this looks when there is a lot of mat surrounding the picture.  I think it can look a little odd if there’s only a mat border of an inch or two, but that’s just my opinion!

Since I am framing original antique photos, I used an acid-free mat and tape to hold the picture in place.  I don’t use any glue and I don’t seal the back of the picture, in case I want to swap it out later.  I back the piece with cardboard and hold it in the frame with small wire nails.  If these pictures were exposed to sun, I would use U/V protective glass, but since these are in a hall with little or no natural light, I purchased regular glass.  (It was $10 for five pieces cut to custom sizes.)

I hope this gives you some direction if you’re interested in doing some matting and framing of your own!

We’re expecting temperatures in the high 40’s and low 50’s next week, so I’m hopeful that the tile will be installed.  Fingers are crossed!