behind the scenes | producing videos

I have been asked several questions about the videos I make, so I thought I would answer them all in one post, for those who are interested.

Videos have been an on-again-off-again thing for me over the past few years.  I started them initially when I wanted to share how I made slipcovers.  I tried to write posts detailing how, but once I got into the thick of “pin the inside arm piece to the side piece…” it just got overly complicated.  Some things are just easier to show.

I also like video, because I can really talk to you, my readers.  I write the way I talk.  I have a running conversation going on in my head and I just type it out.  But when I can talk directly to the camera, you’re getting to know me even more.  I often leave in mistakes and when I crack myself up, just so you can see those unplanned moments, as you would if we were hanging out. 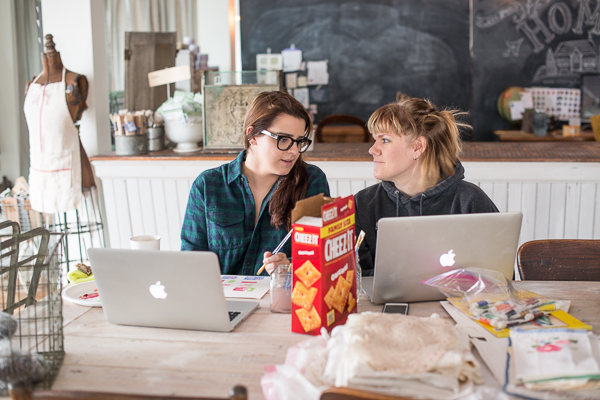 Despite my acting background, it took me a while to gain a comfort level with talking to the camera.  I used to feel very awkward speaking to an electronic device, but when I started looking at it from a different angle, that I was talking to all of you, it started to get easier.

I shoot all of my video with my Nikon DSLR, a D800.  It shoots beautiful video and it’s easy for me to use, since I already use it for photography.  There has still been a learning curve with the lighting, mics/sound, and all of the challenges of filming something that isn’t stationary, but it’s coming along.

I do all of my video editing in iMovie.  It’s pretty user-friendly and has enough options to customize the videos with titles, transitions, etc., but it’s not overly complicated.  I currently do all of my own editing.  The DIYer in me always steps in and wants to get hand’s on.  I also generally have an idea in my head of the finished product, so it would be a challenge for me to convey that to someone else and hand it over.  There will come a time when I have to pass it along, though.

I add music to a lot of my videos and finding the perfect “score” is often what takes the most time.  I’ve used many songs from the You Tube creator library and I recently joined a network where I have access to the Epidemic Sound library, which is more extensive.  I’ve also purchased songs for video use, but I try to limit that, since there are so many free songs available for use.  I strive to pick music that fits the mood of the video, which was especially important for the “Prove Yourself Wrong” Milk Paint commercial. 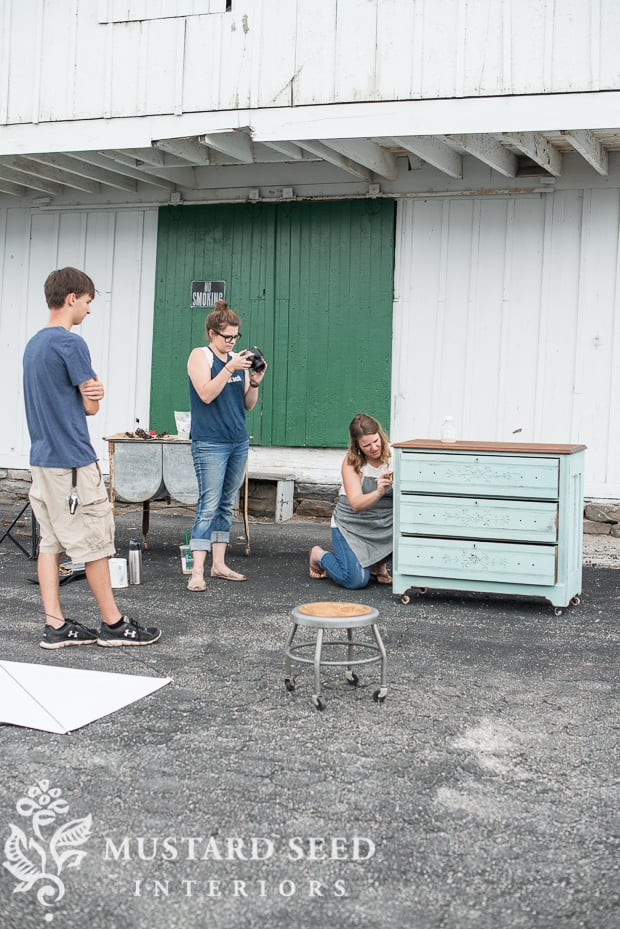 As far as the other gear we use – we use a Rode shotgun mic when we need better sound than the mic on the d800 will pick up.  We also have some lights and reflectors to use if the lighting conditions aren’t good.  There is beautiful natural light in the studio, though, so we use that most of the time.

Videos aren’t my “main thing” and I don’t see them becoming that, but it’s just another tool to communicate with my readers and also another way to build an audience within another community.

Any other questions about the videos?

And, since it fits with this post, here is a short video with some of the bloopers from the “Prove Yourself Wrong” commercial.

As you can see, we have a lot of fun around here and we don’t take ourselves too seriously.  And that always helps when you have to watch yourself replayed on a screen!