I wrote a post almost 10 years ago entitled “Everything is for sale“.  At that time, I was becoming known for selling pretty much anything including furniture we were actively using in our house.  It was a common occurrence for Jeff to come home to a large hole that a piece of furniture occupied that very morning.  Maybe it’s the military brat in me that learned not to hold onto things too tightly.  Maybe it’s the optimist in me that believes that something else will come along.

With all of the things I’ve sold over the years, I never even considered the idea of selling a portion of my business.

But, a couple of weeks ago, that’s exactly what happened.

Let me back up for a minute…

Over eight years ago, almost nine, I sent an e-mail to a milk paint company in Canada, presenting the idea of creating a line of paint in custom colors under my own branding.  This e-mail was a total shot in the dark, a wild hope.  And, looking back on it now, I had no idea what I was really asking!  I knew nothing about owning a paint line!  I just had this idea that someone should give milk paint a fresh face.  Why couldn’t that someone be me? 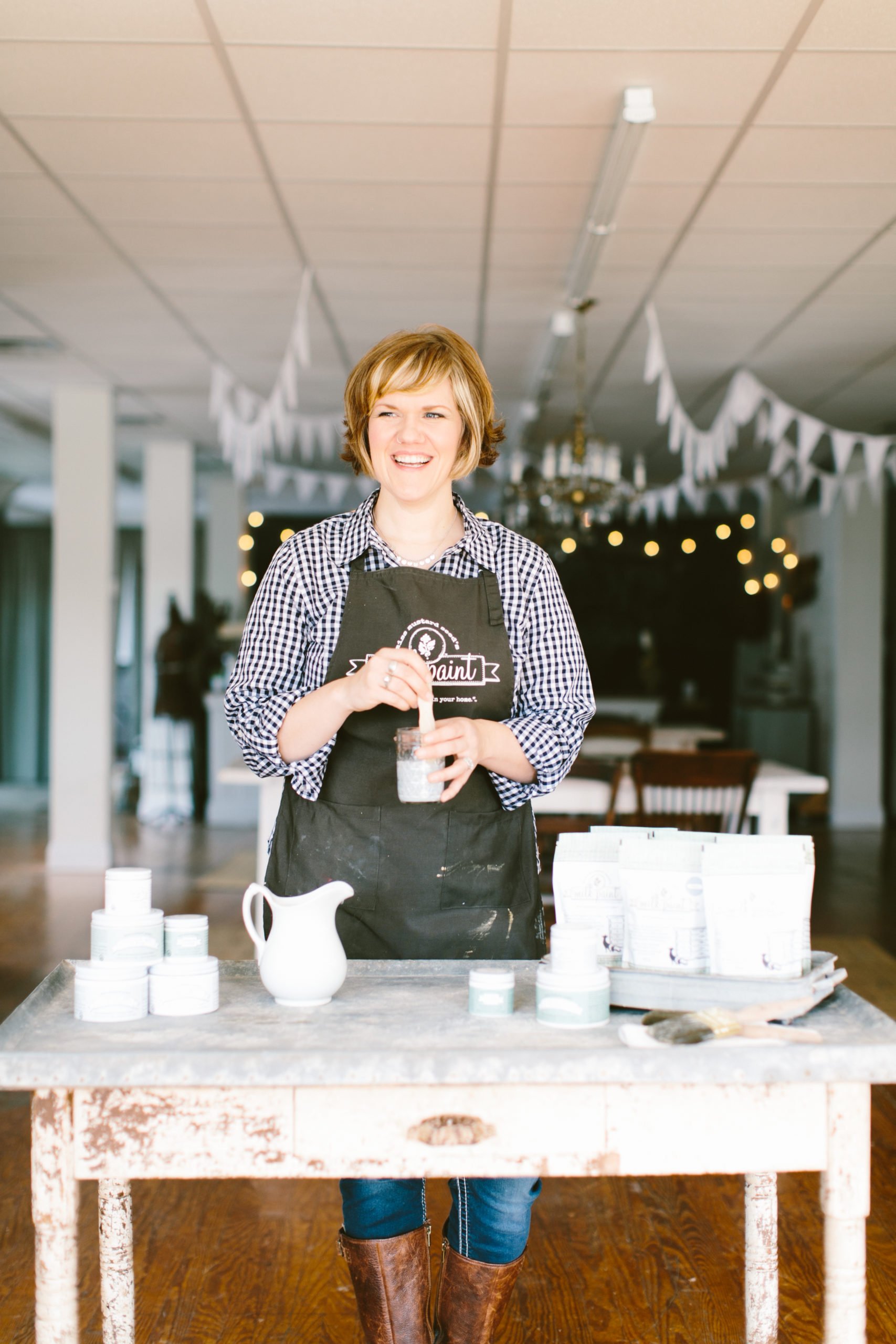 Of course, you know that paint line became Miss Mustard Seed’s Milk Paint.  When I sent that e-mail, I only had a vague and somewhat ridiculous plan and that was quickly turned on its head when I received dozens of e-mails from retailers asking if they could carry my paint in their stores.  Something I was planning to do as a little side thing turned into a huge thing, an overwhelming and wonderful thing.  I’ve been brought to tears many times…over labels, over decisions that affected the livelihood of others, and over the amazing news that the wax supplier had to buy a warehouse and hire more people to meet the demand. 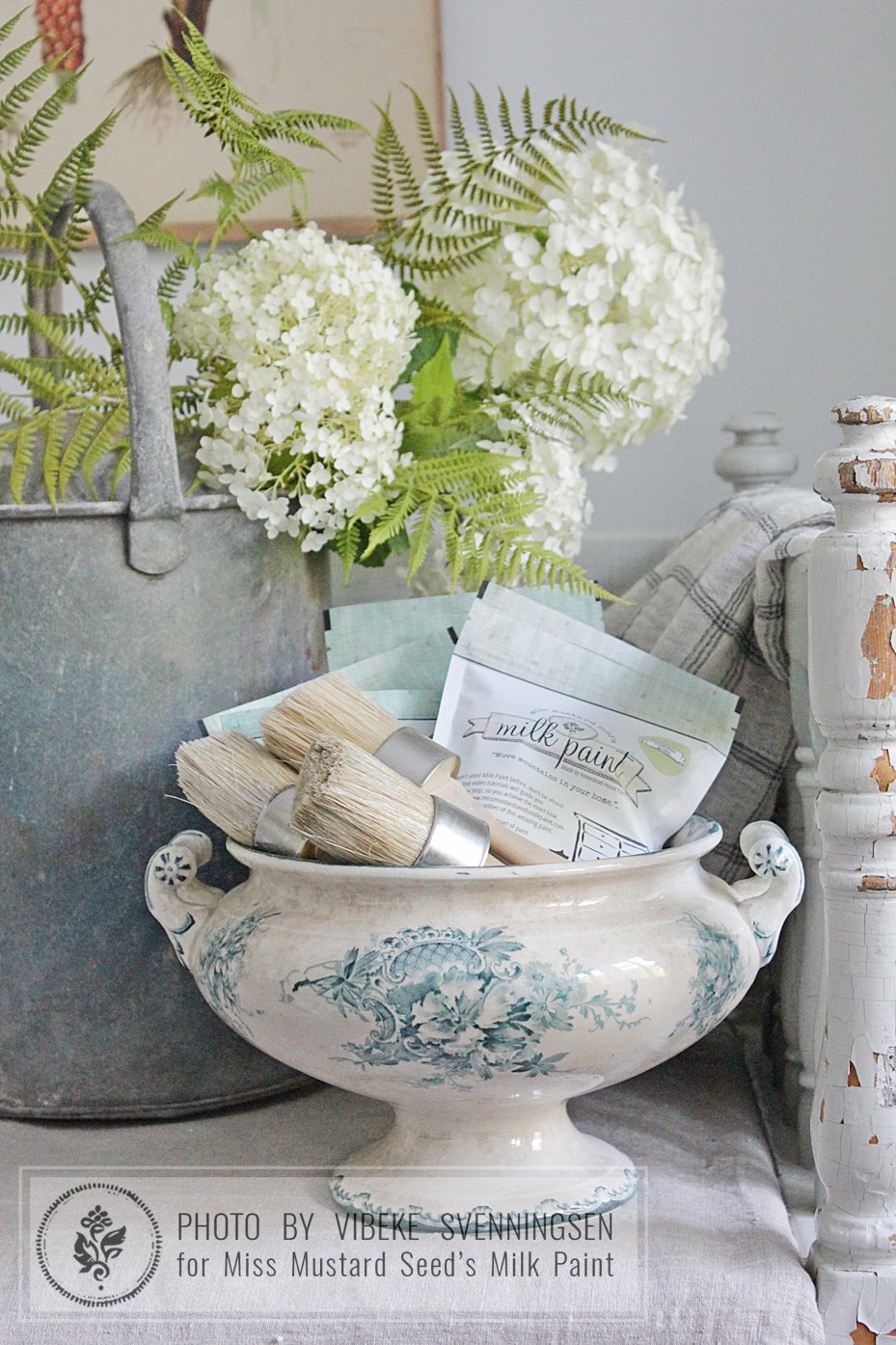 I’ve learned and grown so much through the entire journey.  It’s pushed and stretched me as a business owner more than any other aspect of my business.  I had that coveted job of creating and naming paint colors!  I got to travel and meet so many amazing people who already loved milk paint or wanted to learn more about it.  I got to style and take pictures of paint, which is one of my favorites things to do. 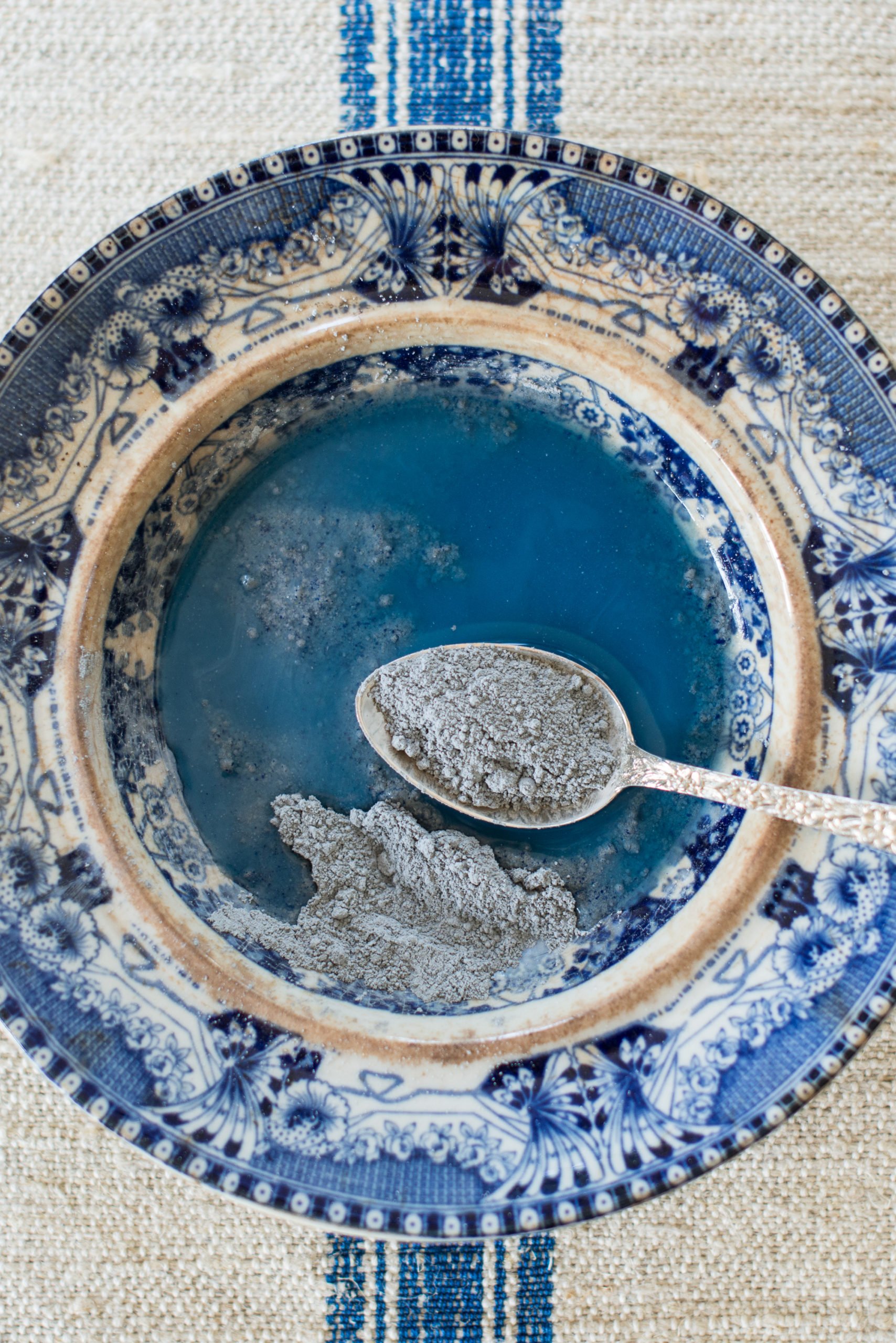 Somewhere in the middle of painting a few hundred pieces of furniture and traveling to teach workshops and demos and thinking about what’s next, a question started to slowly creep in.  How long are you going to do this?  I asked myself that question dozens of times on private creative retreats and in planning sessions.  The answer until a year ago was always, I don’t know, but I still want to do it.  We’ll see how long…

Last spring, I  acknowledged that I wasn’t repeatedly asking this question of any other aspect of my business.  I knew I was ready to move on.  That was a tough realization and a difficult decision to vocalize.  I had to mourn it privately before I told anyone outside of Jeff.  I had to be 100% sure, because I loved the line and worked hard to build it and promote it.  And it is successful not only because of my work, but the work of all of the people who believed in it and put it on the shelves in their stores.  It is a very special, profitable brand with loyal retailers and customers.  How do I just walk away from that?

I came face-to-face with the fact that I never intended for milk paint to be my only thing or even my main thing and my affinity for diversity was limiting the brand.  In addition, I was falling in love with other creative endeavors and I couldn’t reasonably, wholeheartedly manage the milk paint line and pursue those other curiosities. 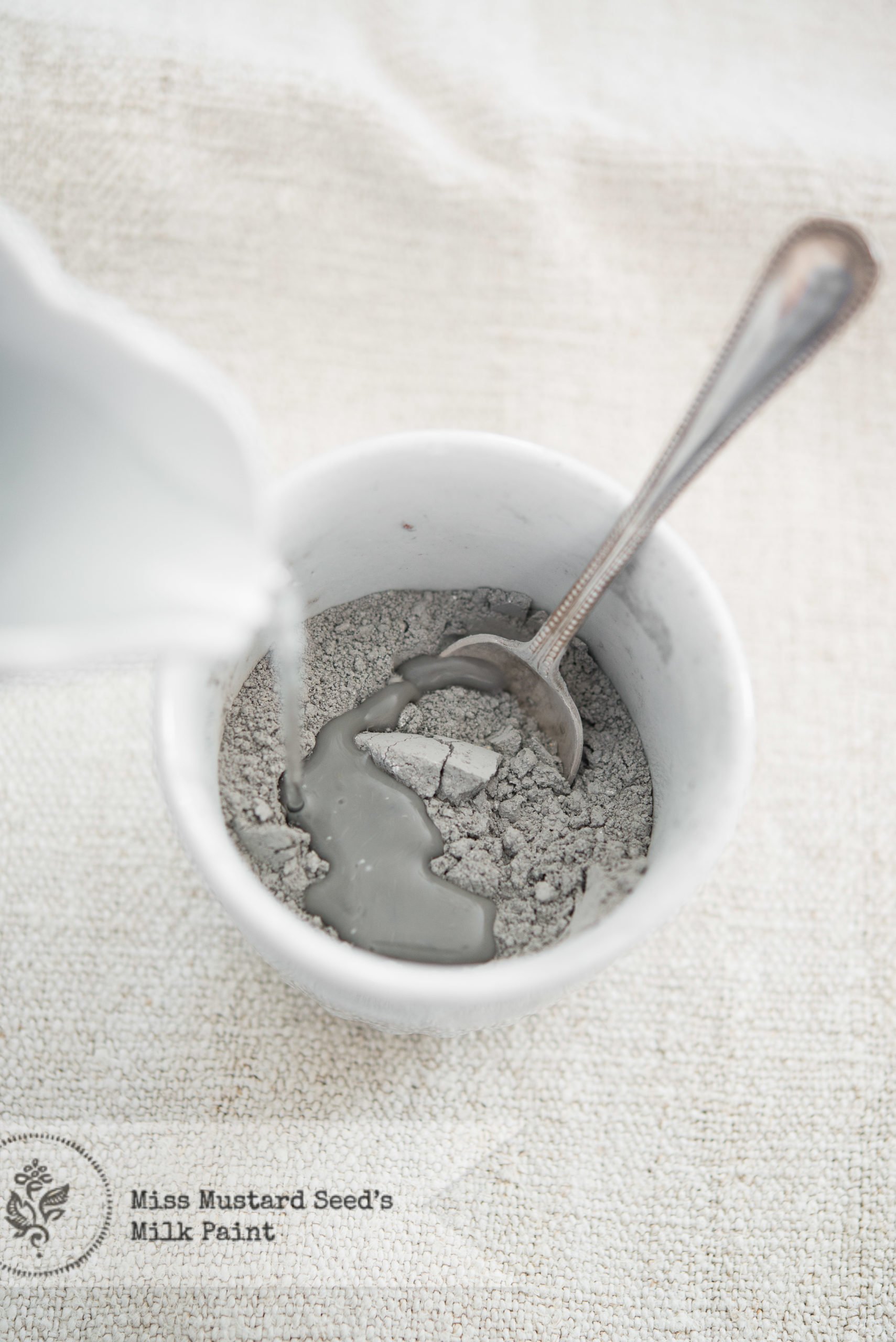 Initially, my plan was to retire the line, so I started to think through the process of dismantling what I had built.  Somewhere in the middle of puzzling through that process, though, I was out on a walk listening to a podcast about endings.  It was specifically about walking away from one thing to pursue something else.  (I wish I remembered the name of the podcast!)  There was a point in the podcast where the guest talked about lighting your own creations on fire.  There was something in that phrase that made me wonder if that’s what I was doing.

When I shared my plan to retire with my team, we all cried.  We were sad about our team breaking up (it really is the best team), but we were also sad about the products and colors no longer being available.  I got off the call, weepy and sad.  Was this the right decision?

Was I setting something up in flames that still had value, not just to me, but to someone else?  I wonder if anyone would want to buy the brand…  Is that a thing?  Is that even possible?

I kicked the idea to my accountant and lawyer and they both confirmed that not only was it possible, but it’s done all the time.  There was a lot to figure out, but I was excited at the idea and decided to pursue it.

I’ll press the fast-forward button on the story here, because it’s months-long and mostly boring.  Imagine all of the stress and nerves of selling a house amplified.  The entire process has been worth it, though, and I’m so happy to share that the perfect buyers, a couple with a passion for milk paint (they were already MMSMP retailers) and good heads for business, came forward to purchase Miss Mustard Seed’s Milk Paint and the sale became official a couple of weeks ago!  I can’t tell you the combined relief and excitement I feel that the brand will live on (and hopefully even grow) and that I am freed up to paint more, write more, design more, create more.  It really is the best-case scenario.

Something that was going to be a sad goodbye is instead a shift towards something new and exciting.  The brand will have new energy and a fresh perspective.  (And I won’t have to hoard Aviary and Farmhouse White before shuttering the doors.) 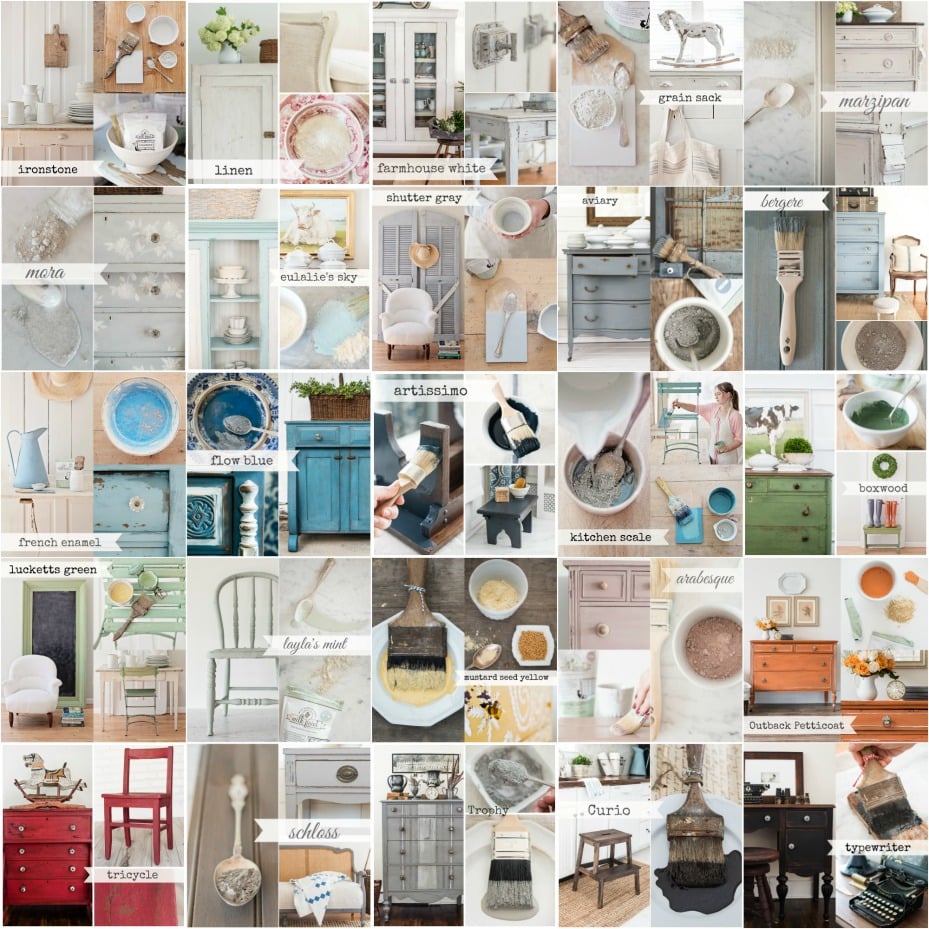 So, what does this mean for lovers of milk paint and MMSMP customers?  It just means that MMSMP is under new management and ownership.  I’m sure you’ll see some changes, but I’ll let the new owners share what those will be.  I can say that I spoke with them at length through the sale process and I’m excited to have a front-row seat as they implement their ideas.  I will still be involved in using the products (they are my favorite) and promoting the brand as the founder, but I will not be the owner.

Before I wrap up this announcement, I do want to take a minute to thank all of you – my blog readers and MMSMP customers.  You have been a huge part of making this line successful over the years and I’m glad the products and colors will still be available to those who love the products (or those who haven’t tried them, yet!)

All of my blog posts and tutorials on milk paint (I’ve written over 300 of them) will remain HERE on my blog and my YouTube channel and I’ll even be adding more as I work on pieces.

I have a few in the garage, much to Jeff’s dismay…