Disclosure: This post is sponsored by Paris Perfect.  I was provided accommodations and services in exchange for posting about my experience.  As always, all opinions are honest and my own.

A couple of weeks before my trip to Paris, the plan was to stay in a hotel in the St. Germain area and plan our own schedule.  But then, I got an e-mail from Paris Perfect that changed all of that.  I’m paraphrasing here, but the e-mail said something like, “Do you have accommodations already?  If not, would you like to stay in one of our apartments in Paris?”

Let me think about that for the tiniest fraction of a second.

Once I said yes and cancelled my hotel reservations, I realized I didn’t know anything about Paris Perfect.  In my excitement, I didn’t even think that this might be a less-than-legit company!  I immediately hopped on the computer to do some research and was delighted to learn that it is a wonderful company with great reviews, started by an inspiring woman, with apartment rentals in key locations around Europe.  (London, Florence, Normandy, Provence, etc.)

I waited to receive details on the specific apartment we’d be staying in along with what outings would be scheduled for us.

The next day, an e-mail arrived in my inbox with those details.  I was laughing out loud out of utter joy when I was looking at the pictures of the apartment.  I immediately called my mom to let her know of our “upgrade”.  We were both laughing in disbelief.

Paris Perfect put us up in a 3 bedroom apartment with a full kitchen and views of the Eiffel tower.  It was bigger than the first house Jeff and I bought.  We had so much space, I invited Wendy (of Front Porch Mercantile) and her husband to join us, since they were in Paris at the same time.

Paris Perfect also put together an itinerary working around things we already planned and had tickets/appointments for (like the Louvre and a dinner meeting with my UK distributor and a couple of retailers) and they filled in some other outings based on what we wanted to do – a guided flea market tour, tickets for Museé d’Orsay, tickets for a cruise on the Seine, and a patisserie tour.

We arrived in Paris knowing just where to go and that we would be taken care of.  I’ll tell you about the flea market tour later, but that is what we did when we first arrived.  Right off the plane, we went touring at what felt like the middle of the night for us!  It was surreal, but a great way to stay awake.

Anyway, after the tour, we got to check into our apartment.  Our bags were being held at the Paris Perfect office, so we went to pick those up and a member of their staff, Virgil, showed us to our apartment.  Here was our address… 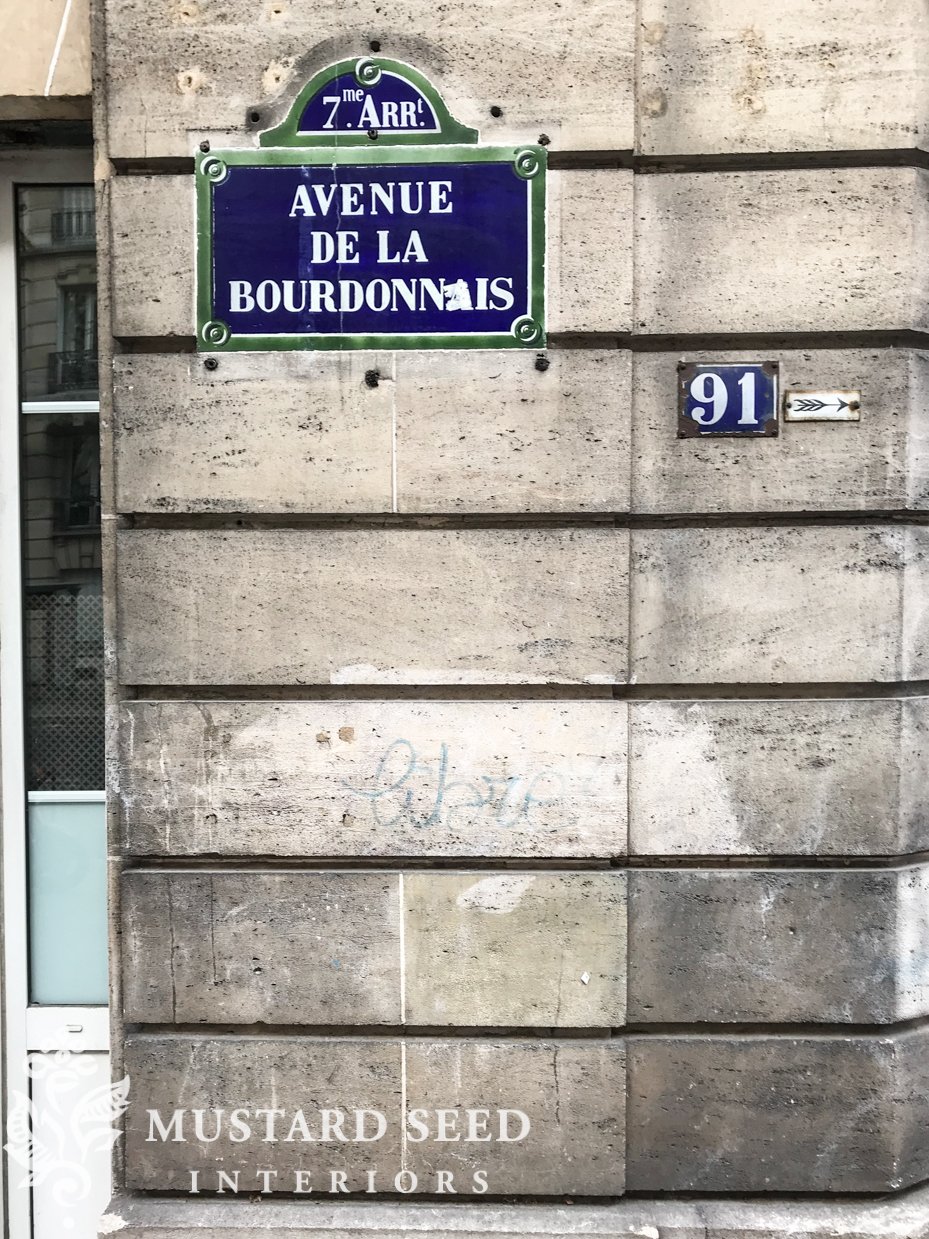 Our apartment was on the 7th floor, so there was a small lift/elevator to bypass the stairs.  Virgil told my mom and I to get on with a couple of suitcases and everyone else would follow.  He handed me the apartment keys and I stepped in with some hesitancy.  You see, I have been stuck in small elevators before (along with a couple of enclosed bathrooms) and that has left me claustrophobic.  This was a nice elevator and I’m sure it was fine, but I still really didn’t want to get in it!

With everyone waiting for us to get in the elevator, I went in.

The small elevator had a glass door, so you could see the floors slowly pass.  You could also feel it swaying slightly in the shaft and hear small creaks in the walls.  All of this, along with the slow ascent, made me start to panic.  I couldn’t wait to get out.  We finally made it to the 7th floor and I quickly opened the interior door.  The exterior door wasn’t opening, though.  I reached out to try to open the door.  The door started to slide into its pocket and, as that happened, the keys slipped out of my shaky hands and managed to land directly in the 1/2″ gap between the elevator and the floor.

It took me a minute to realize the clinking of metal was the keys, the apartment keys, falling seven stories down the elevator shaft.

We clumsily got our stuff and ourselves off the elevator and the full realization of what happened hit me.  I was mortified.  In my exhaustion from the jet lag and travel, I leaned over the railing and, forgetting that people actually lived in that building, carelessly yelled down the stairs, “Virgil, I dropped the keys!”

In hindsight, I can laugh about it and I do wish I could’ve seen the scene below.  Wendy told me they could hear the keys falling down the shaft, then hear me faintly yelling, and Virgil just put his hand over his face as he thought through what to do.

Fortunately, they had an extra set of keys at the office, so Virgil fetched the keys and we were able to get in.  (As a side note, they do think the keys can be recovered, but I let them know I would be happy to pay for a replacement set if they could not.  It was completely my fault.  And I did hoof it up an down all seven flights of stairs the rest of the trip!)

One step into the apartment, though, and my heightened anxiety was soothed and the embarrassment of dropping the keys faded. 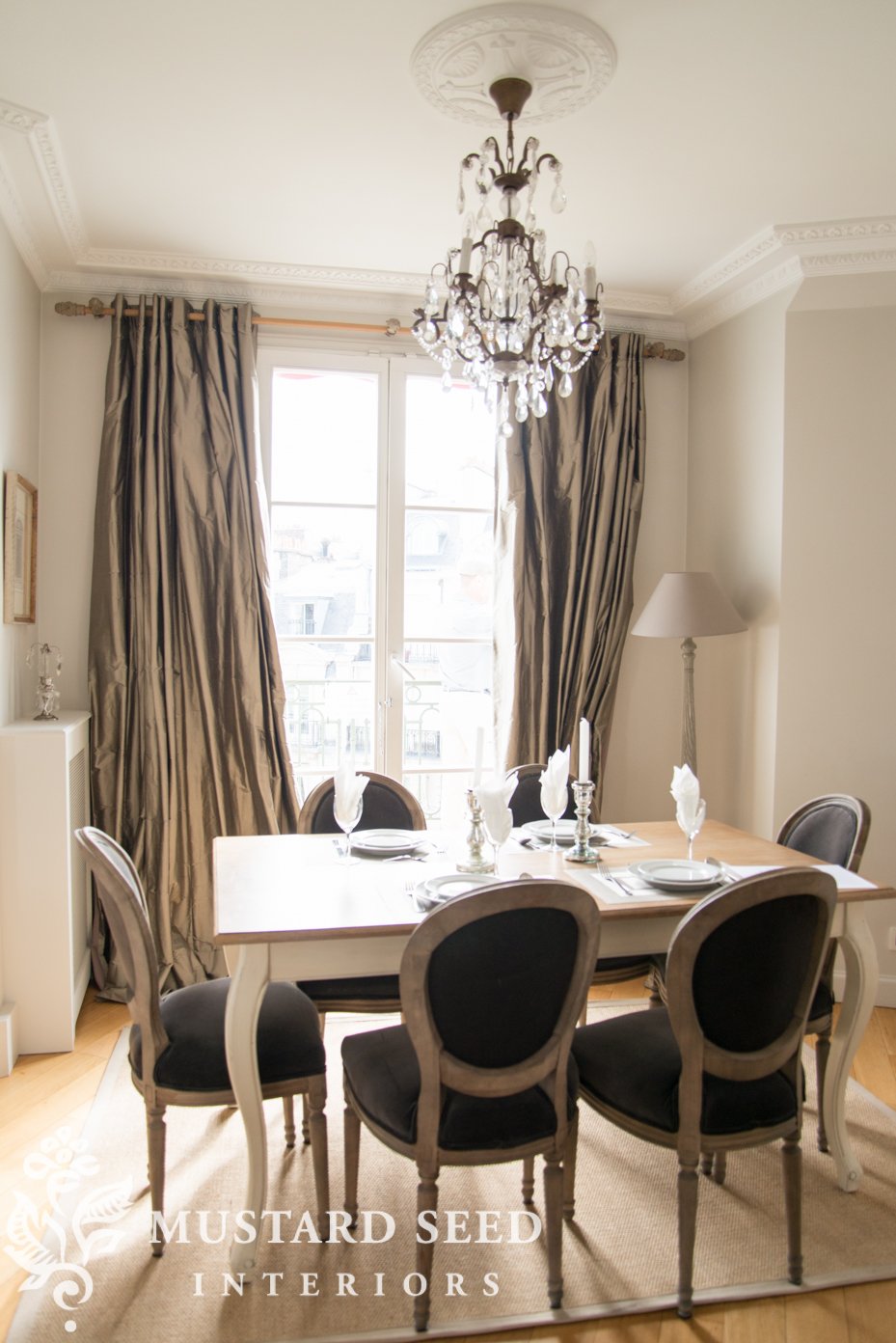 The apartment we were staying in is called The Margaux and it is beautiful.  Breathtaking.

It has old Paris charm with modern amenities, like air conditioning, a large kitchen, dishwasher, washer & dryer, two bathrooms (one with a large soaking tub), electric awnings for the balconies, etc. 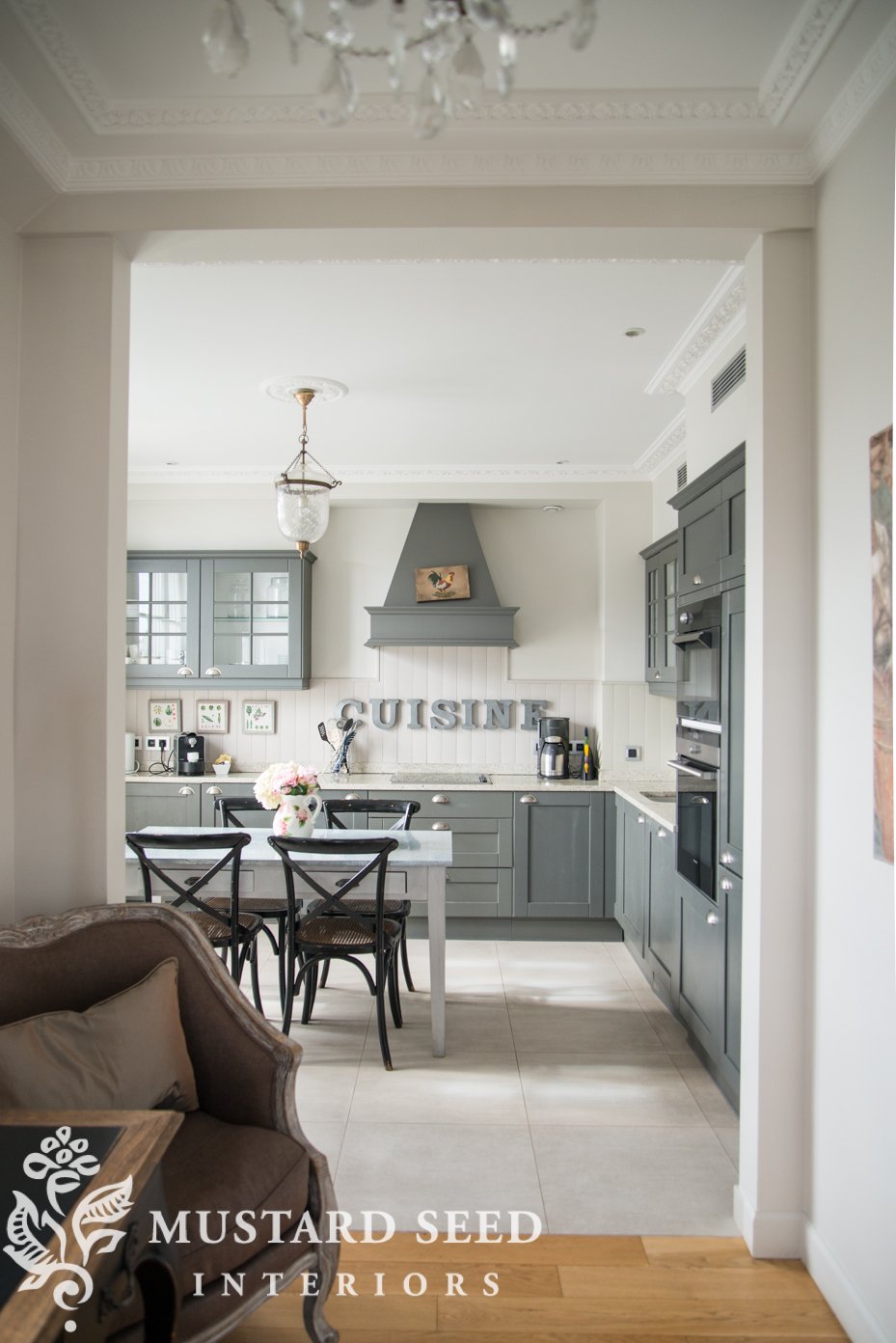 And every room has French doors that open to a wrap-around balcony.  I stepped outside to take in the view… 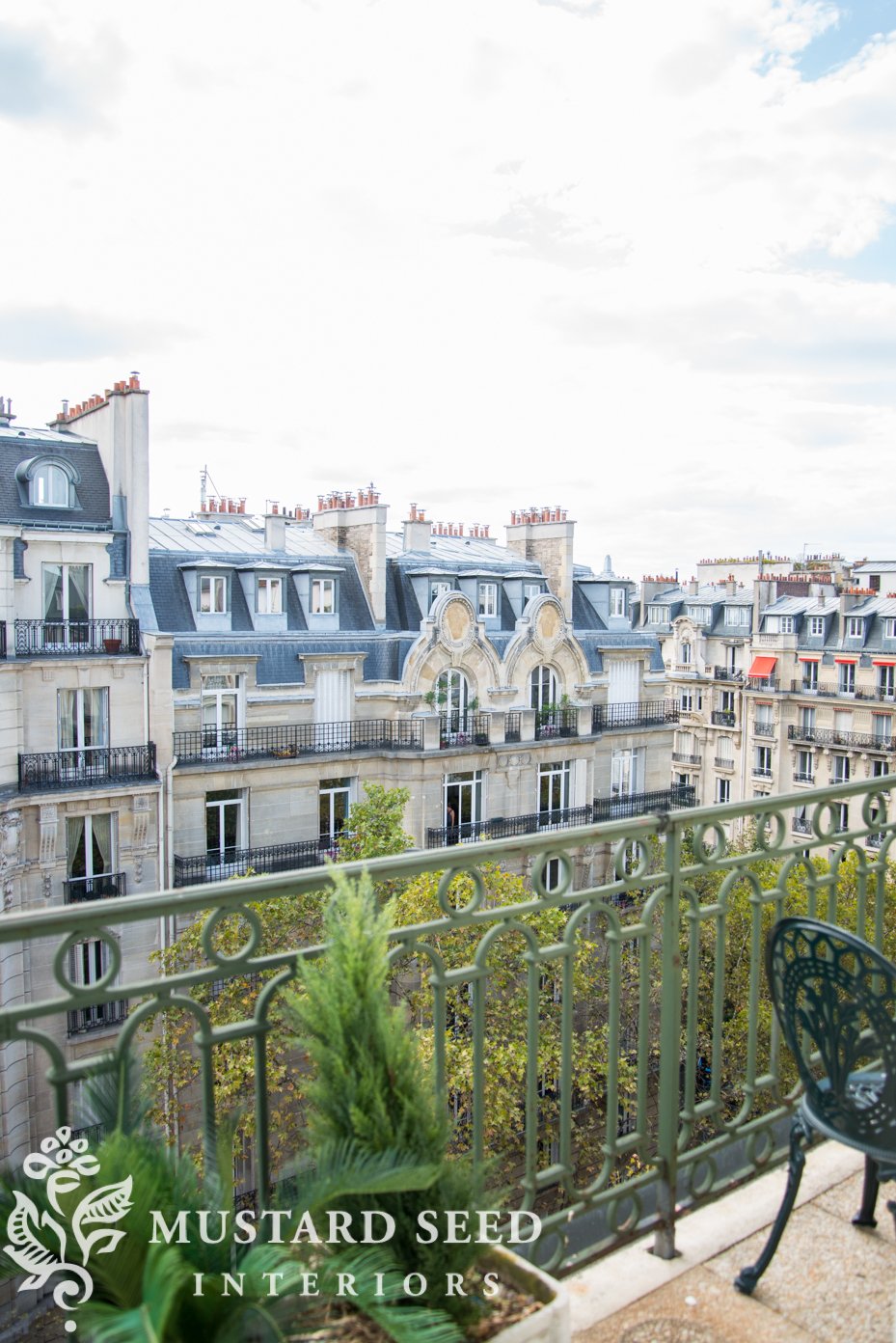 …and I was captivated by the neighboring buildings.

And then I rounded the corner and saw the Eiffel tower.  I gasped.  It was so close you felt like you could just reach out and touch it.  The pictures can’t even begin to do it justice.  This is what you want when you stay in Paris. 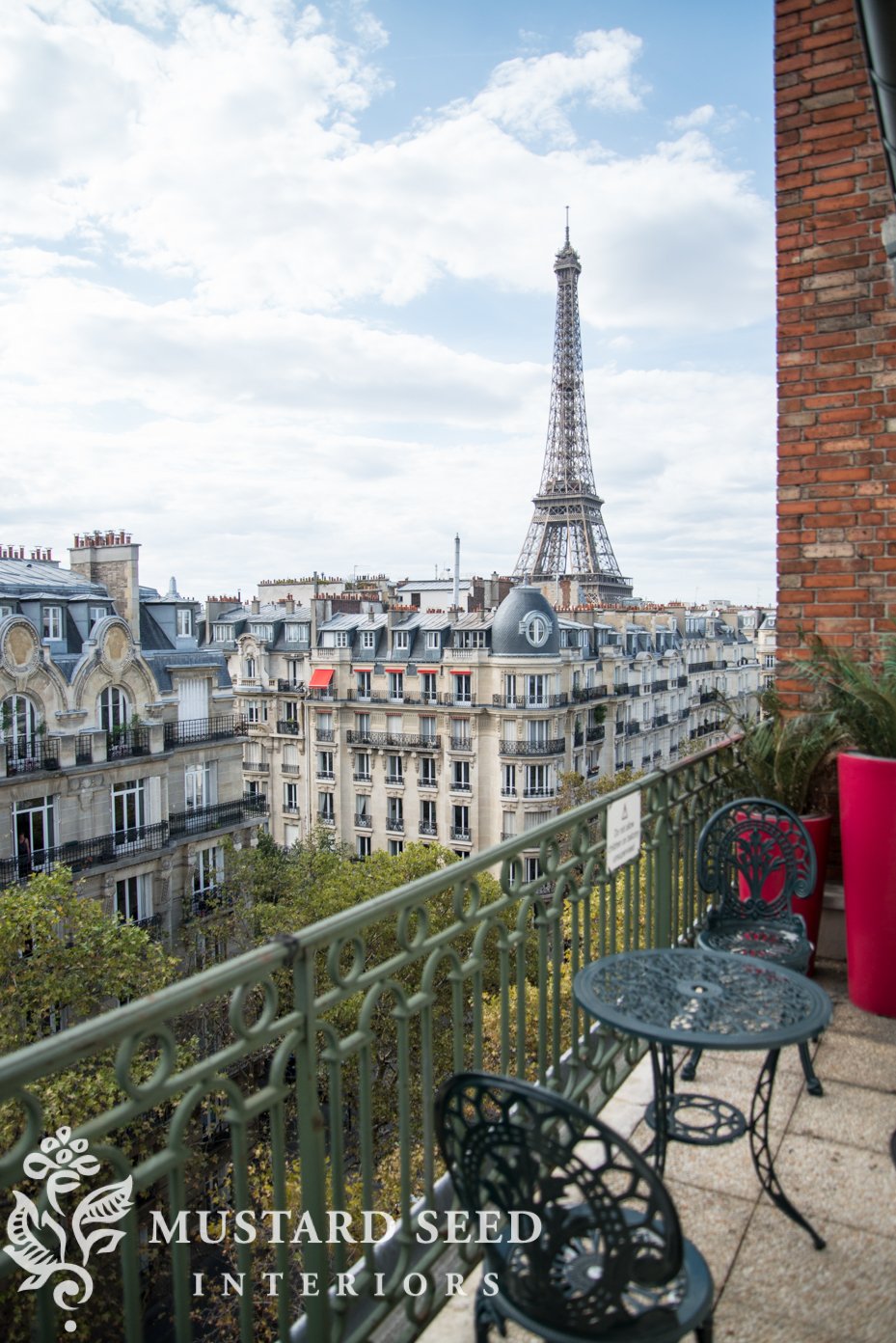 Off the kitchen, there is a sitting area, a dining room, and a living room.  The sofa is a sofa bed and there was an ottoman that folded out into a twin bed. 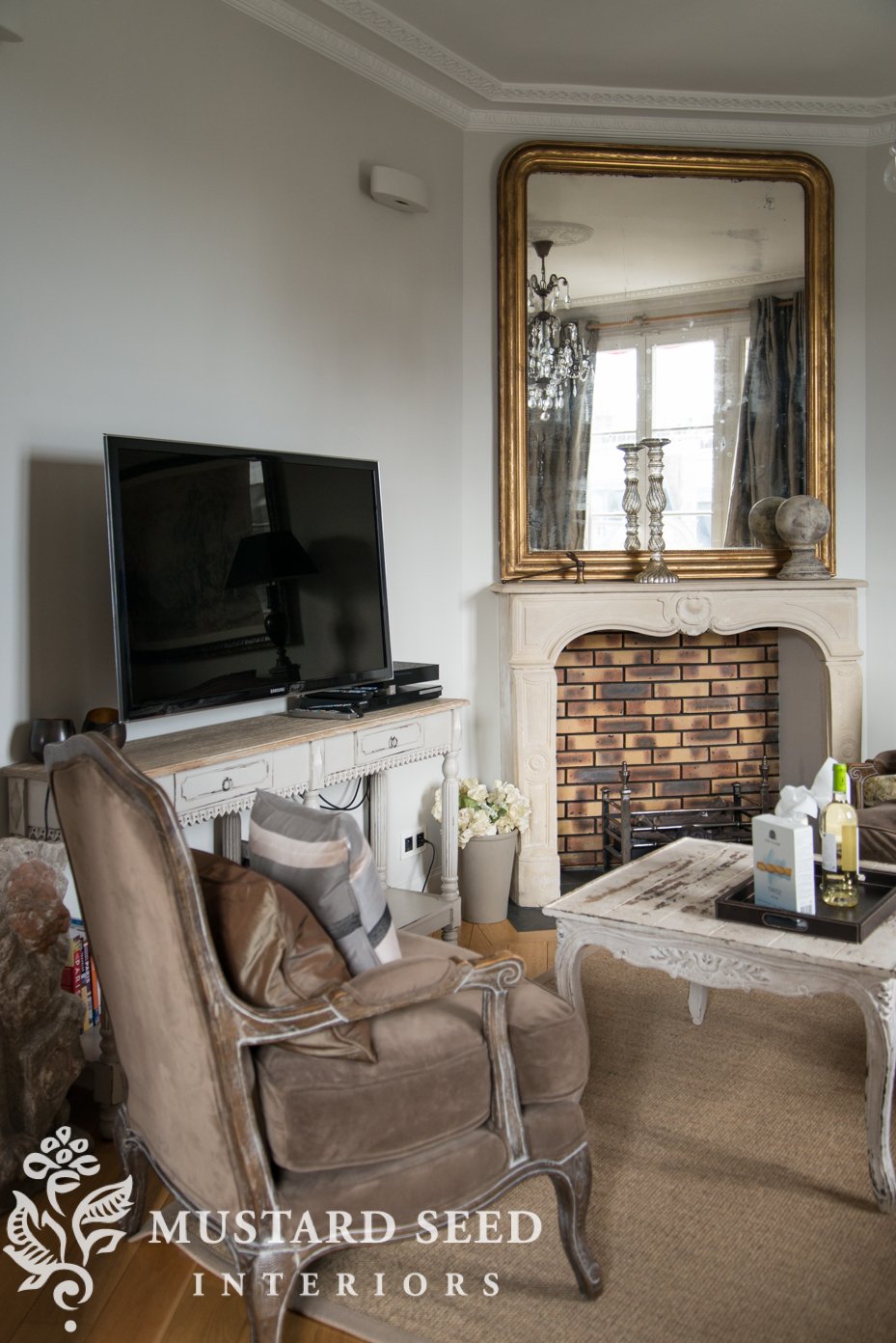 Down the hallway, there are three bedrooms and a den/TV room.  The den has a sofa bed as well and the two non-master bedrooms have beds that can be pushed together or made as two separate beds.

All of the decor is charming!  The chandeliers and mirrors and textiles and beds… 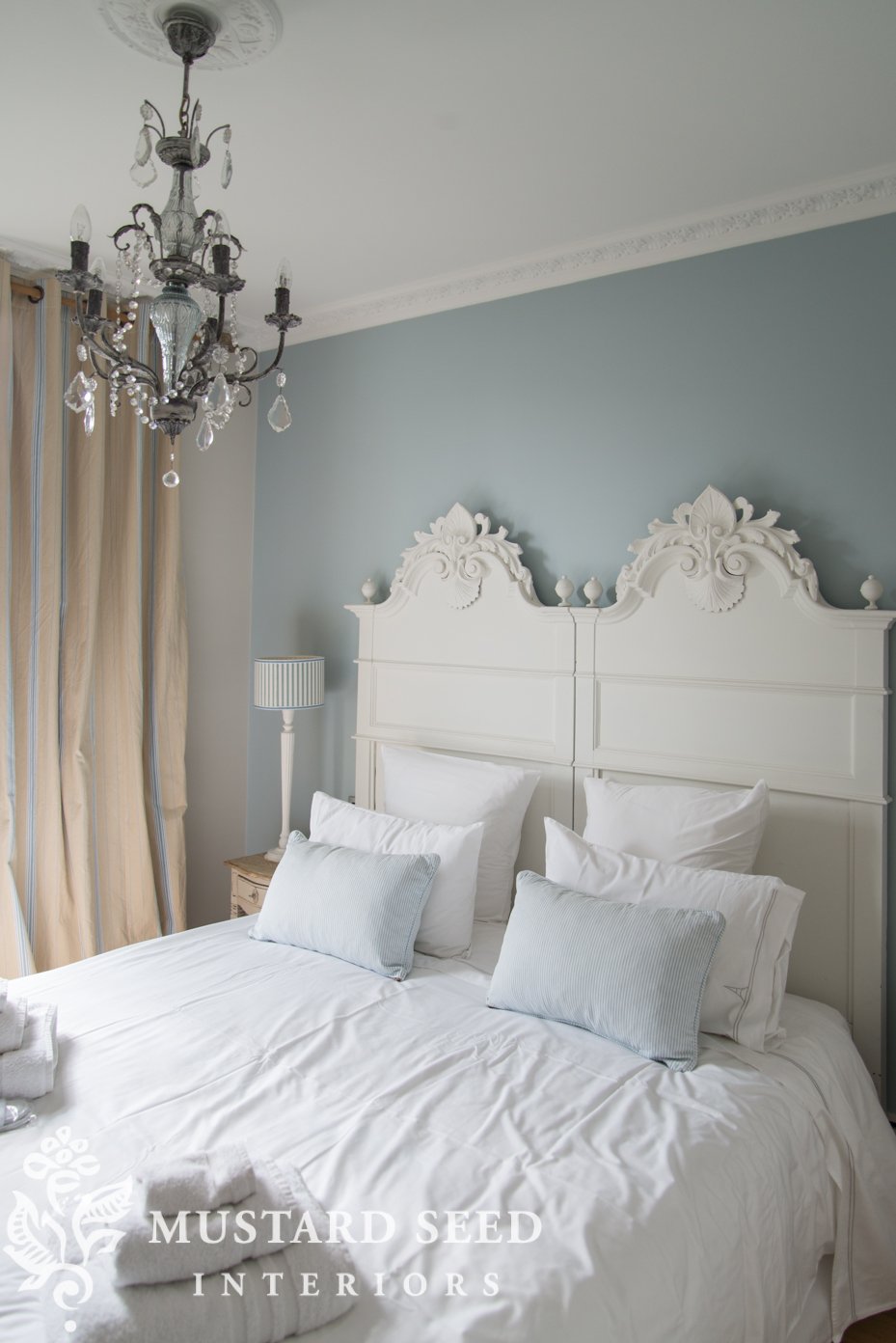 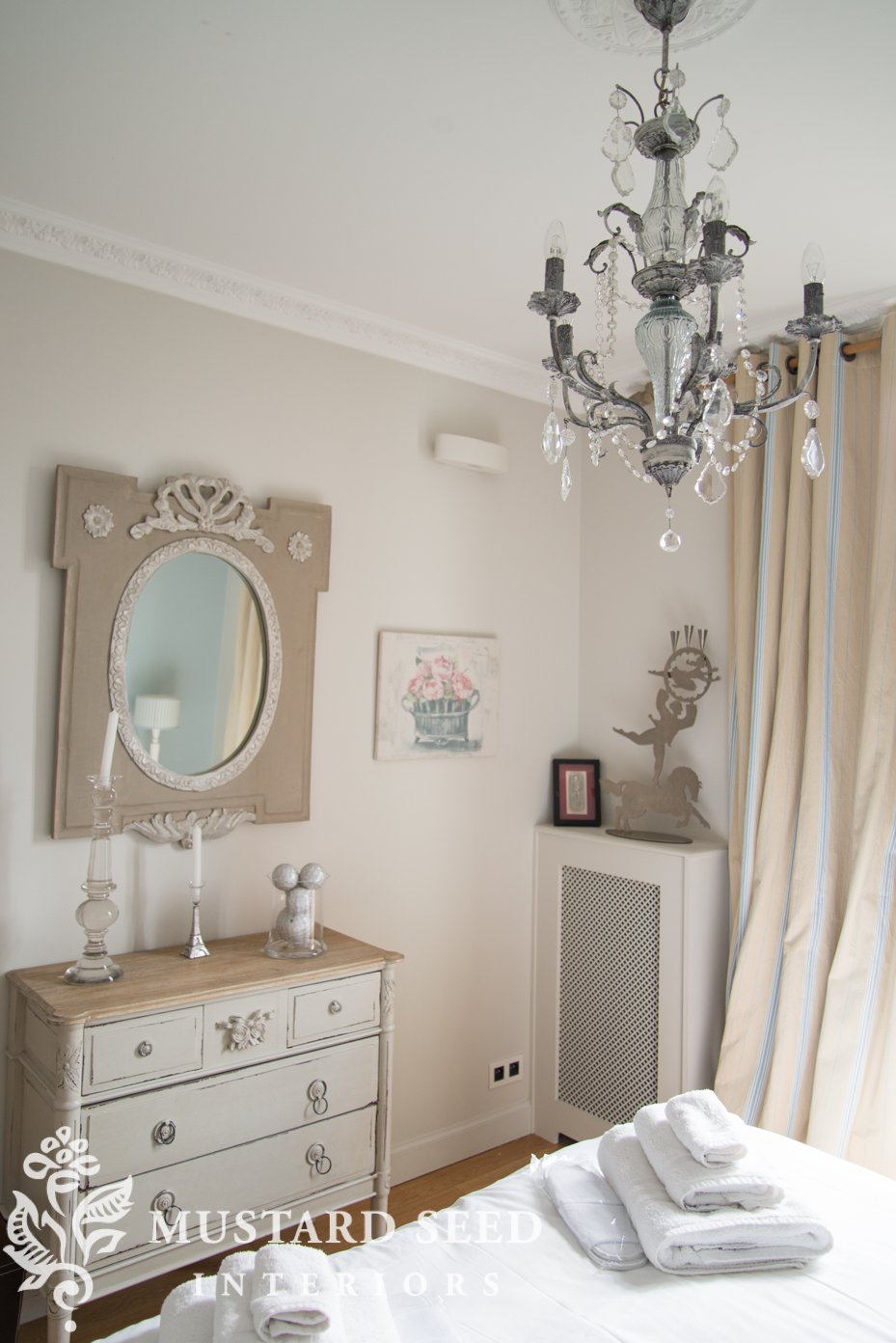 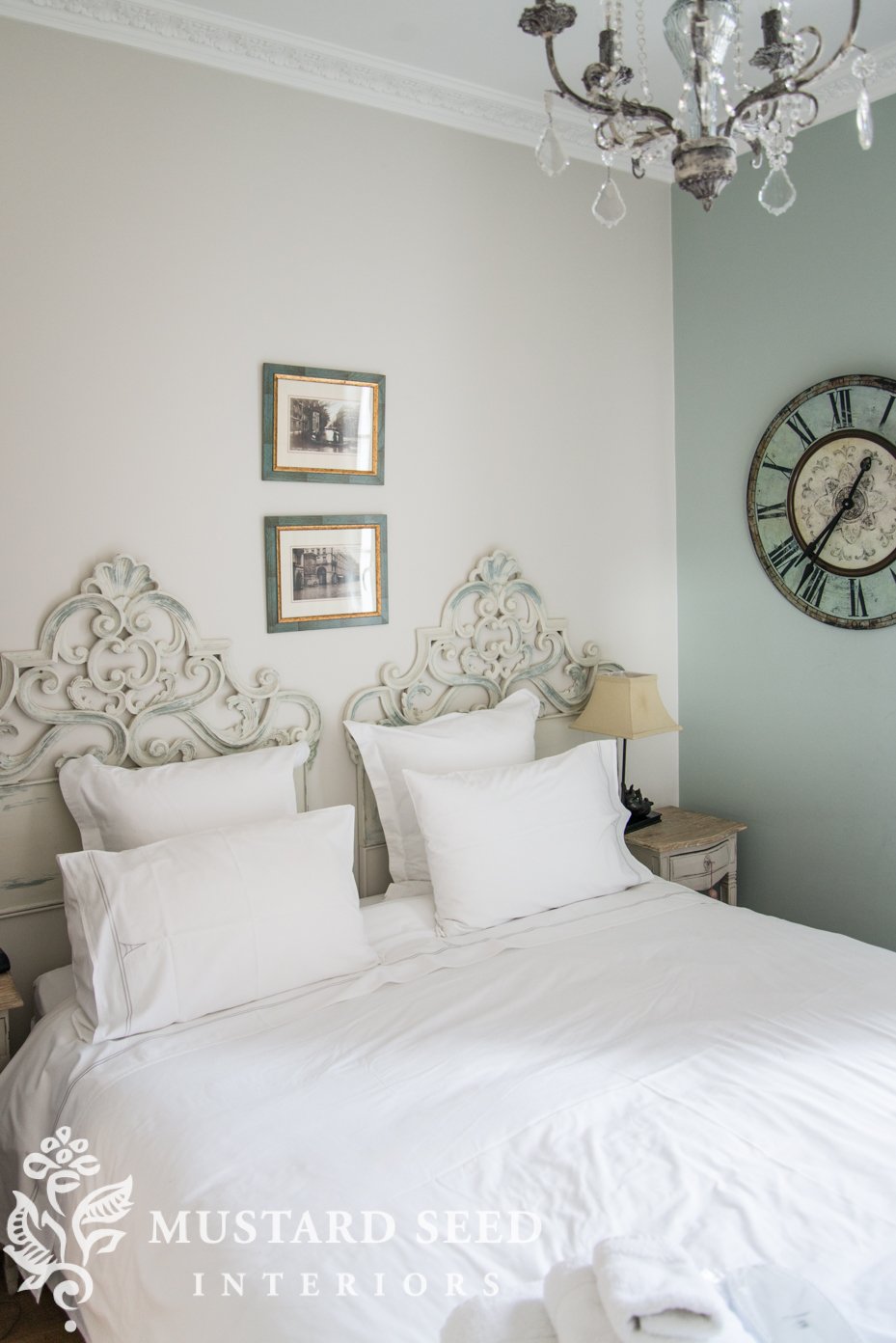 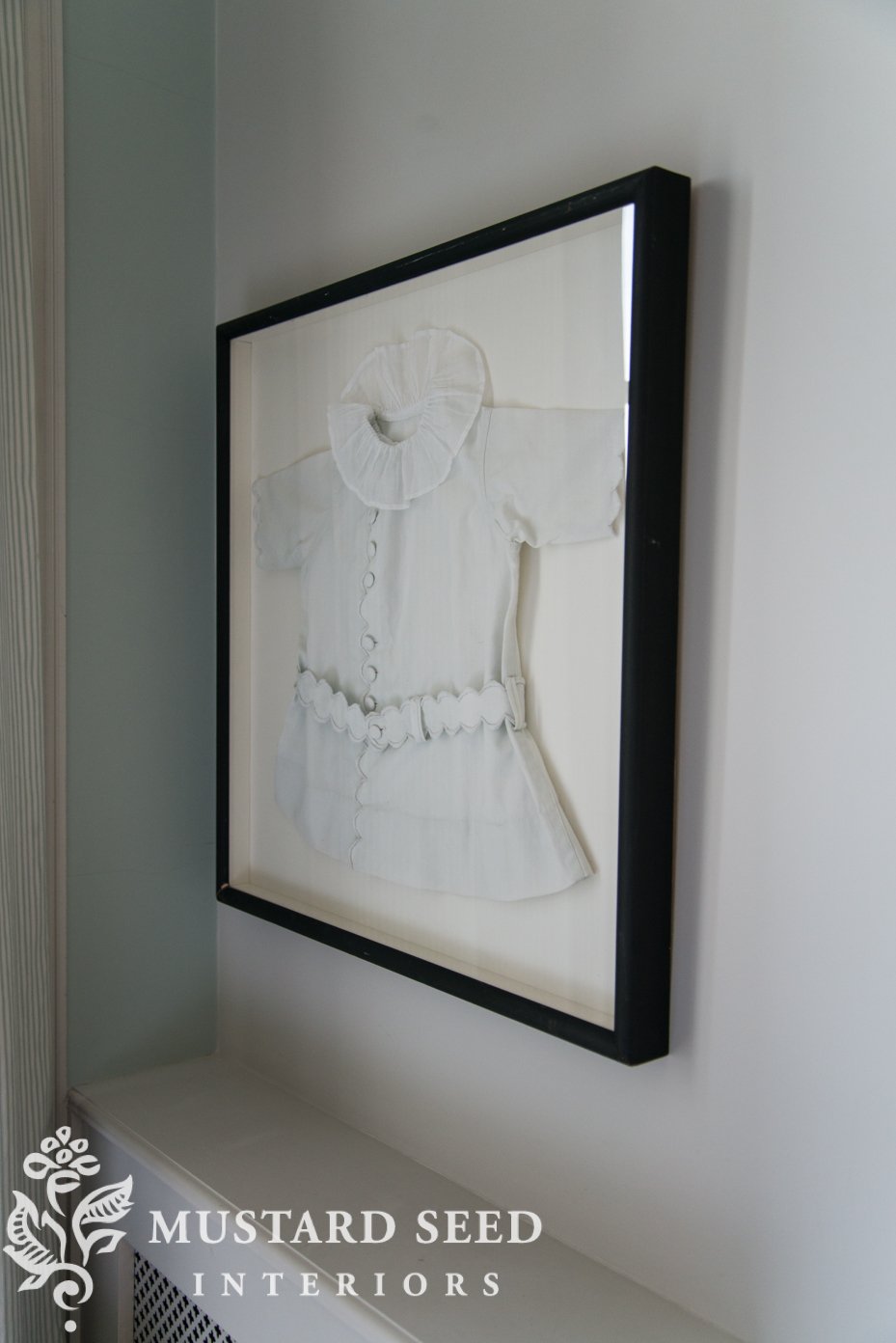 And each bedroom has its own balcony – one led to the Eiffel tower view and connected with the kitchen/living room balcony and the other had a balcony overlooking the building courtyard. 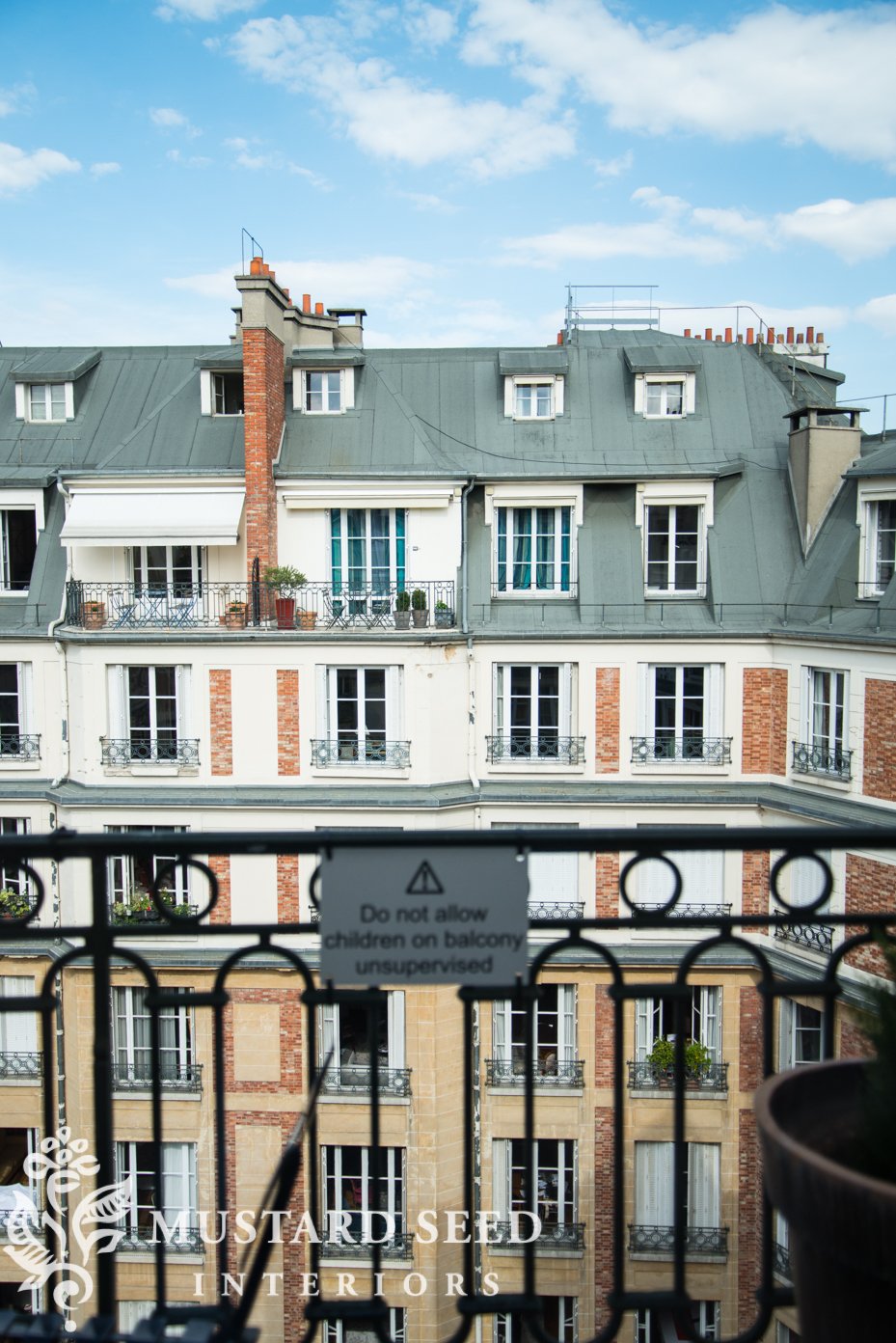 The master bedroom had a private bath with a shower and tub, a queen bed… 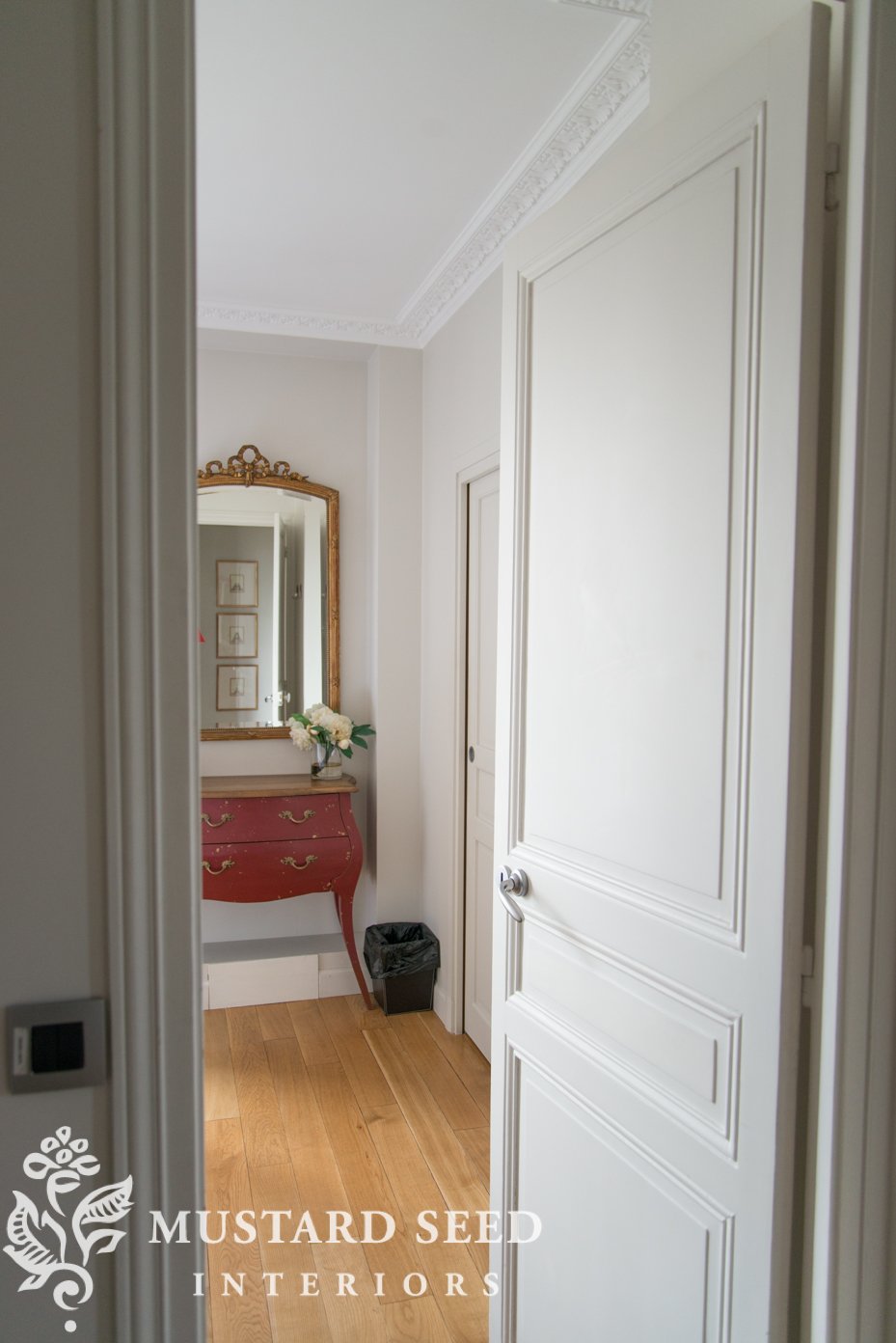 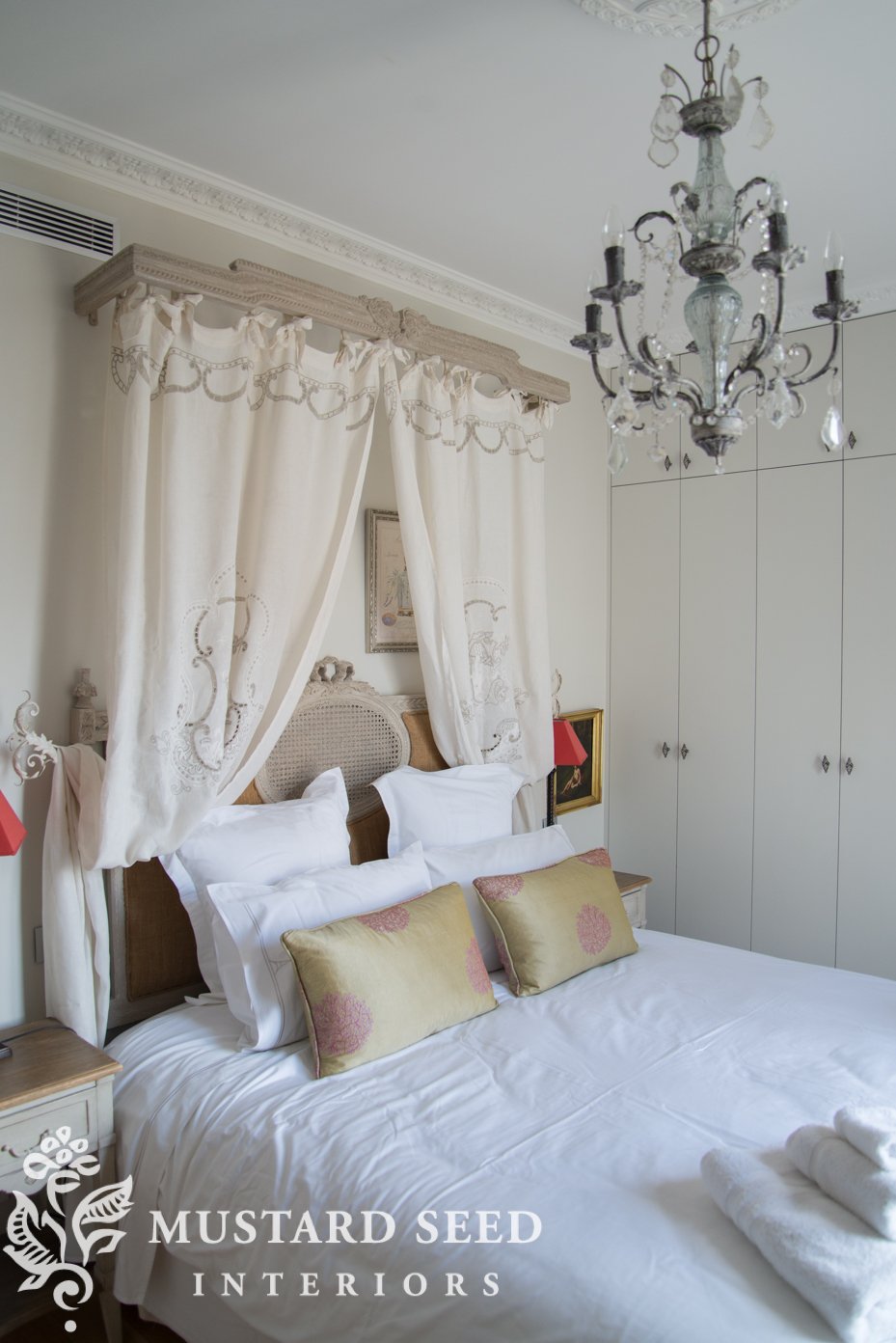 …and a private balcony with a view of the Eiffel tower.  I stayed in that room and I didn’t want to close the curtains, so I could soak it in as long as possible.  I would draw the curtain right when I was ready to sleep and would throw it back open as soon as I woke up.  That view was a great cure for morning jet lag. 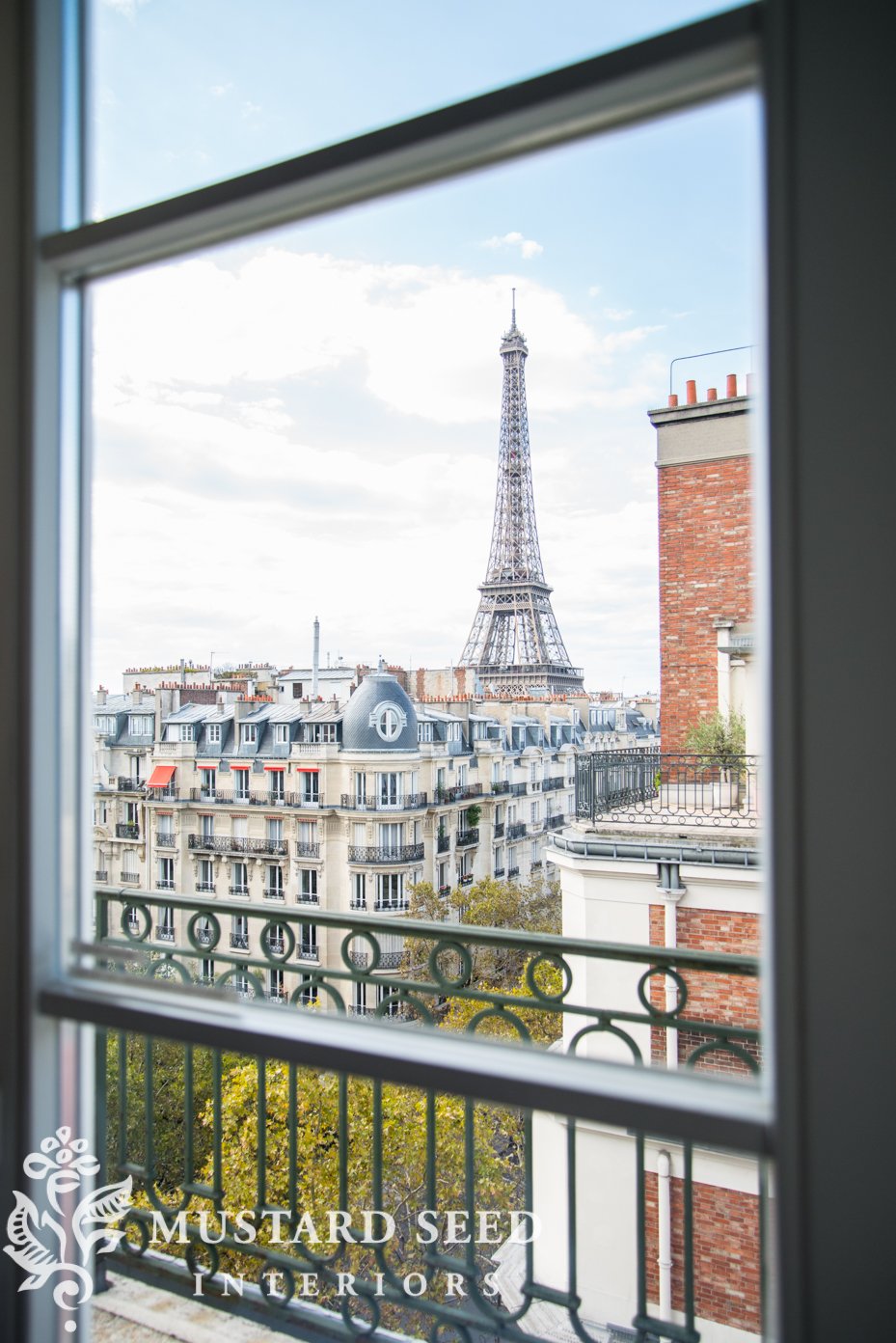 And, it was in a beautiful arrondissement (district).  Everyone told us we were very fortunate to be staying in the 7th.  We were just a short walk away from the Eiffel tower, not to mention Rue Cler.  It was easy to catch the metro to other destinations we wanted to see, but it didn’t feel touristy. 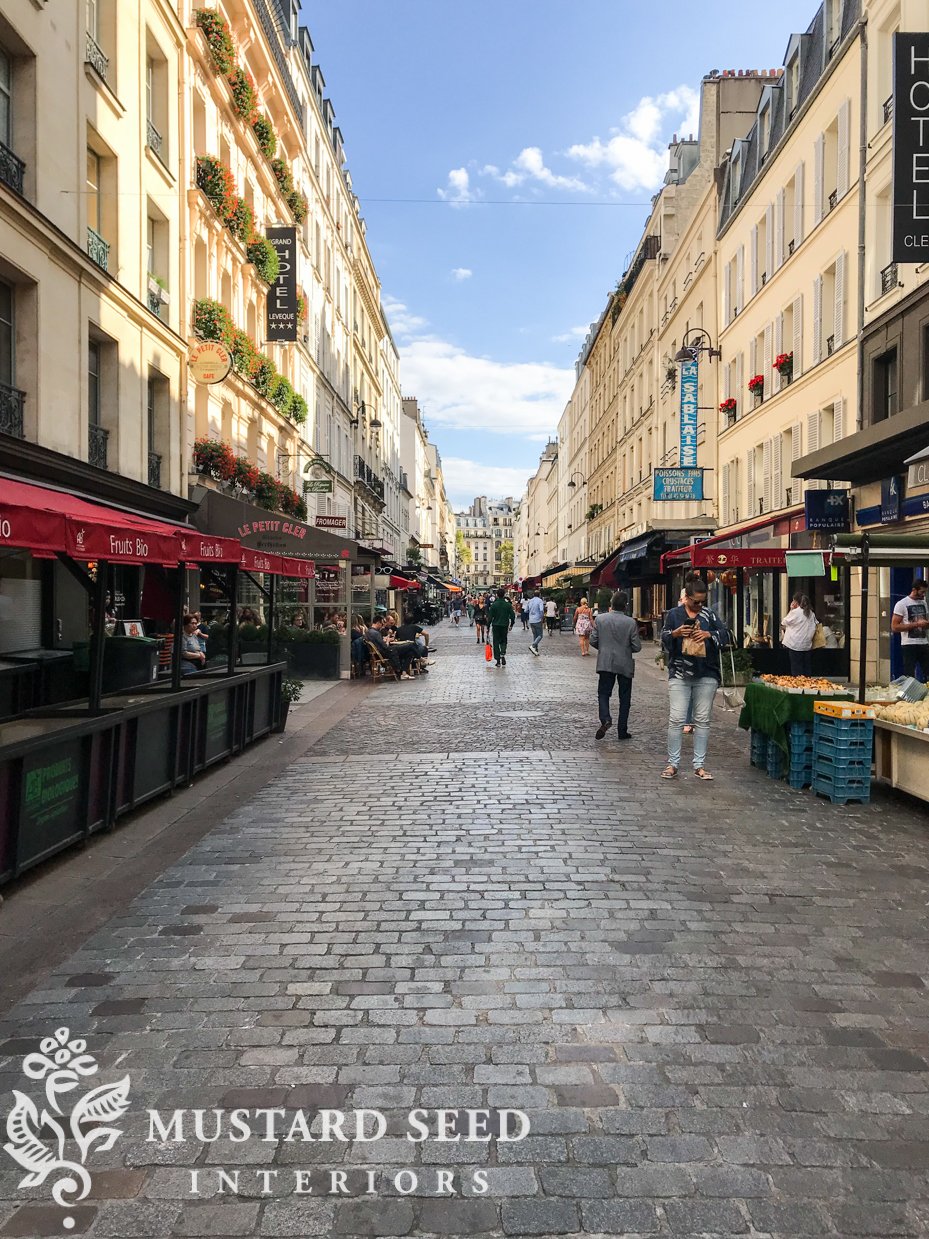 When we were first planning our trip to Paris, we looked at staying in an apartment, but I was concerned about picking one that was in a safe part of town, that was a good location, and was as-described in the listing.  I have heard of some scary experiences, so I just went with a hotel, knowing it wouldn’t be a part of the experience, but just a place to stay while we were there.

As we were flying out of Paris to our next destination, my mom and I agreed that we wouldn’t do Paris any other way than to stay in a Paris Perfect rental.  We felt safe, supported, and the place to stay became a part of the experience.  We loved heading back to our apartment after a long day sightseeing.  We would sit out on the balcony and take the city in.  My mom would sip wine and I would journal about the events of the day.

The Margaux is a large apartment that can sleep 8 and runs from €896 – €2745/per night, so it’s the kind of place that’s better shared with a few couples or a small group of girl friends.  (If you book it out of season, eight people would just pay over €100/ night, which beats a lot of hotels.  Paris Perfect does have smaller, less expensive rentals, but they are all in safe areas in prime locations.

One more accolade for Paris Perfect is they thought of everything to make your stay comfortable.  They have outlet adapters, laundry soap, shampoo & conditioner, slippers, extra towels, guide books, a huge book of tips put together by their team for seeing Paris or taking day trips or using the metro.  They stock the fridge with juice, milk, and a bottle of wine.  They even have a book for each apartment with details about opening the awnings or running the washing machine or turning on the AC.  And they are just a phone call away if you have any problems.

It made our trip to Paris so special and enjoyable.

I felt like Cinderella at the ball and didn’t take it for granted for one second.