I remember the very day I typed “home decor blog” in the search bar for the first time.  I didn’t know such a thing existed until a friend told me about them.

That’s a thing?  I thought bloggers were all guys in their basements ranting about politics and sports!

Well, obviously, I figured out that wasn’t the case.  That first search was like inserting a key and opening a door to a world where my people were all hanging out together.

Sarah was ripping the carpet off of her steps, Layla was renovating her small cottage in Alabama, The Nester was sharing about the desire to clean and organize that accompanies fall, and Melissa was sharing all of her decorating wisdom.  I was so inspired and immediately wanted to be a part of it.  So, I started a blog.

Fast forward to now and, while many things have changed, I am still inspired by all of the home decor bloggers out there.  And this is just the most recent example of that!

I was following Melissa’s small kitchen makeover on The Inspired Room and I was excited to see the final reveal.  When it was finally done and posted, first off, it’s just gorgeous.  Every detail from the oval window to the dutch door.  Yummy.  But, even in with all of those big statement pieces, I was zeroed in on one thing – the little brass bell hung on the wall… 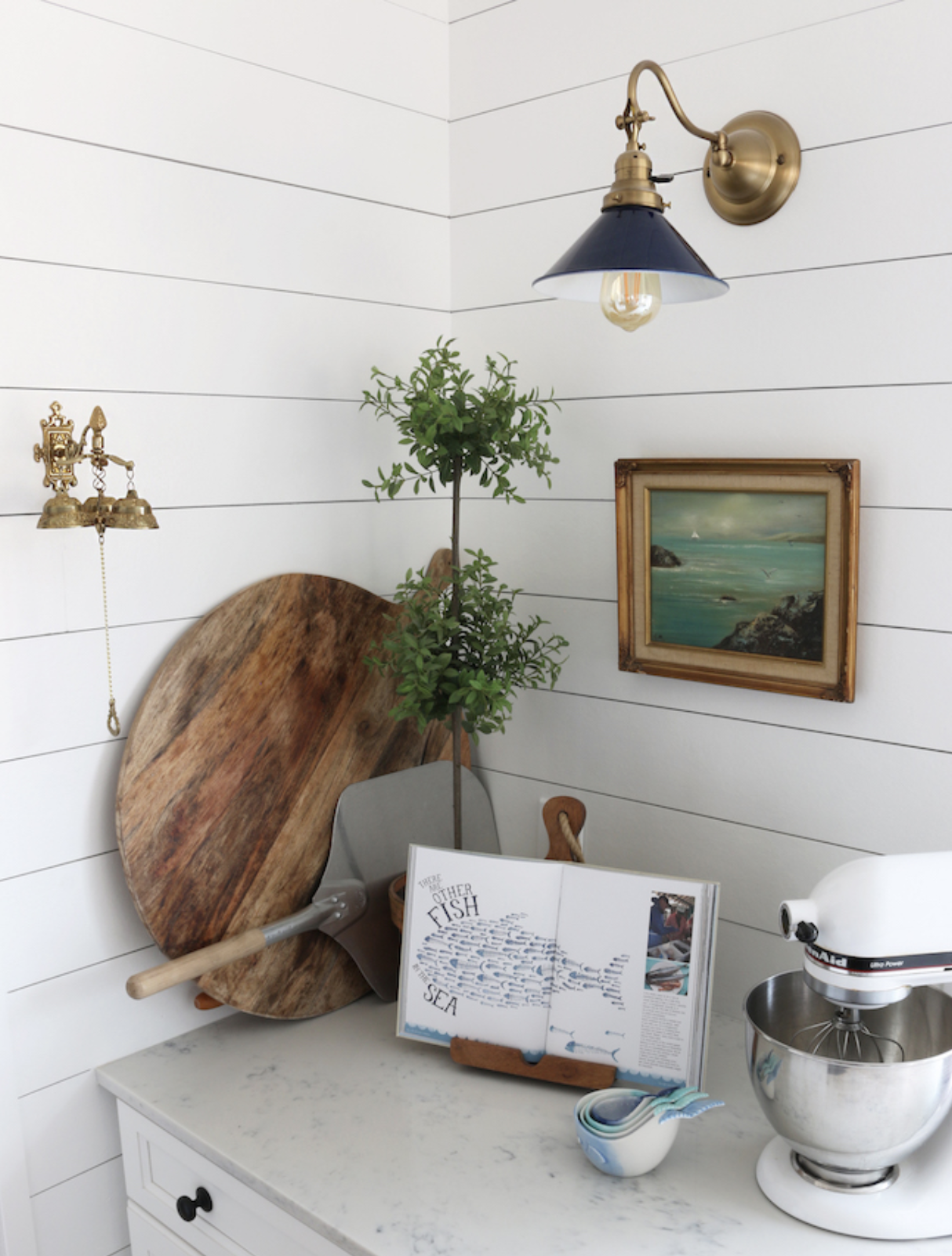 It was so charming and unique and referenced another time when shouting up the steps wasn’t lady-like.  I loved it and started hunting for one.  I would keep an eye out for one any time I was shopping for antiques and I would often search eBay and Etsy, but always came up empty.

A couple of weeks ago, though, I found three!  Two of them were dull, but one of them was shiny and exactly like Melissa’s.  It was being offered in a traditional auction on eBay, so that meant bidding, watching, waiting, and breath-holding, but I was the only bidder and won it for around $30. 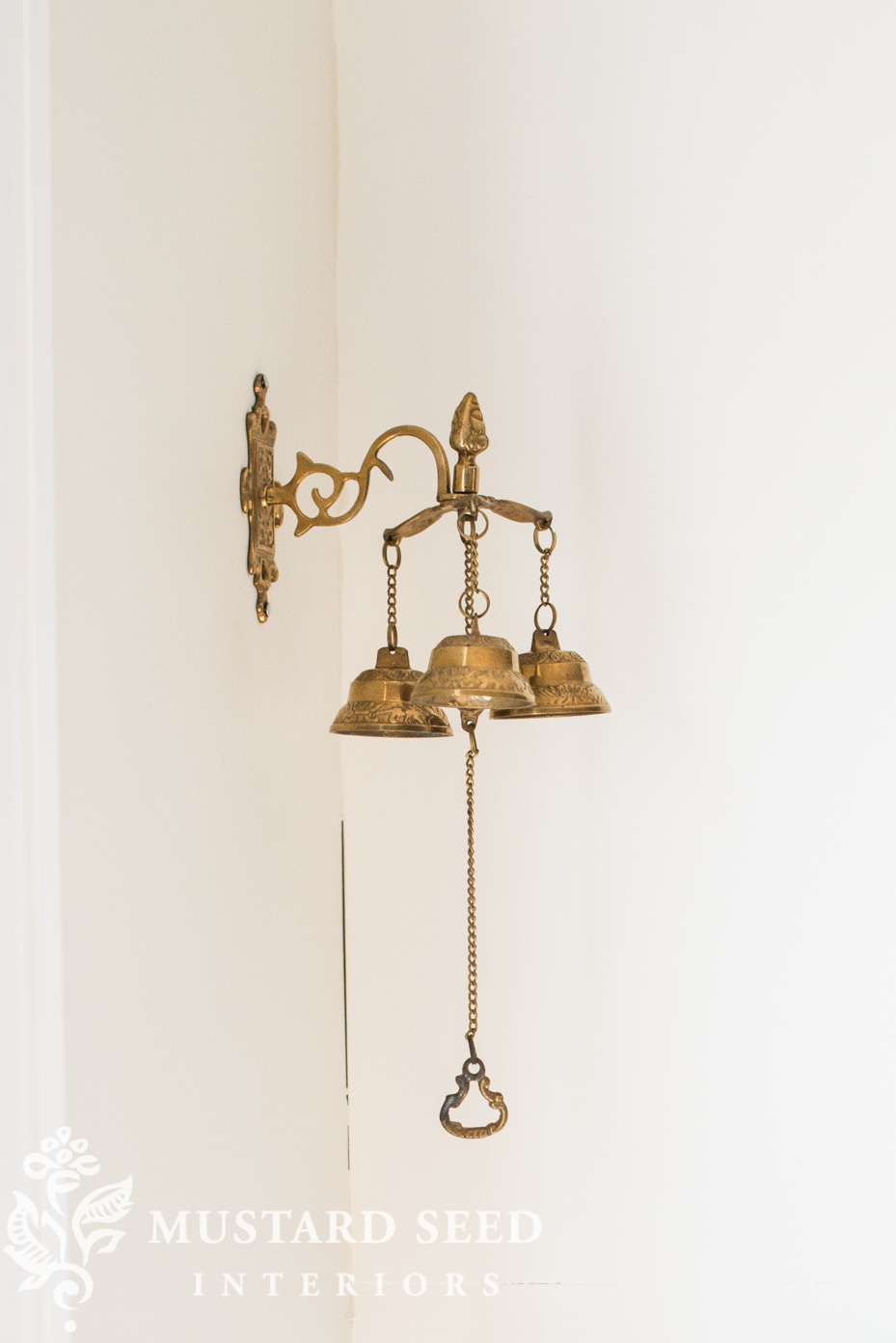 I hung it between the sliding door and the kitchen cabinets.  It looks a little lonely there at the moment, but it will fill the space better once the curtains are up. 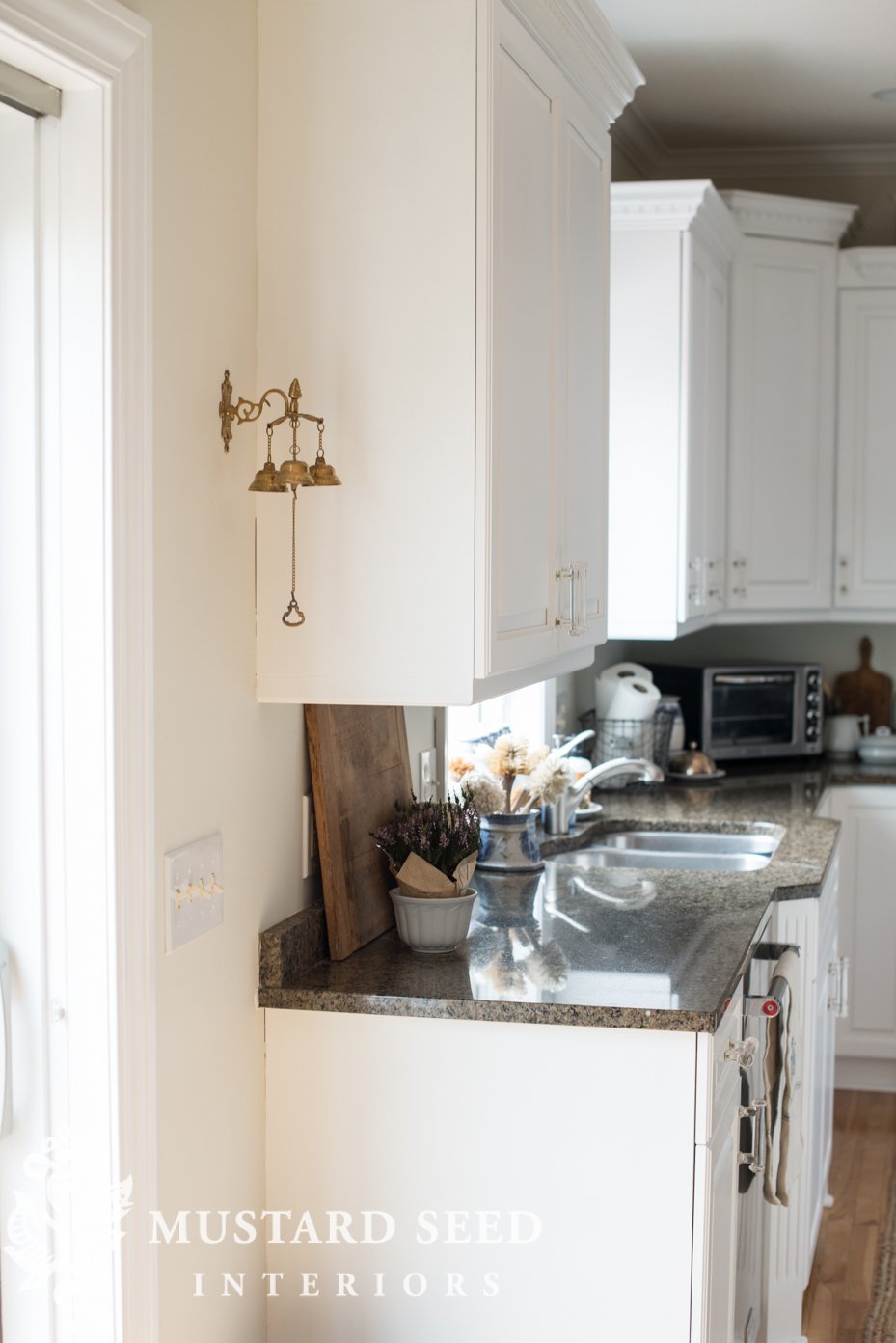 It’s just one of those little things that makes me smile when I see it and it has the prettiest ring.

If you now “have to have” something similar, try searching “brass wall bell”, “service bell”, and “dinner bell” on Etsy and eBay.  And, a reader actually found them on Amazon!  You can buy one HERE for $27.50.

As an aside, most of the listings indicated this was a service bell, not a dinner bell, but who knows!  They also seem to be reproductions made in the 1970’s as opposed to genuine antiques, but I’m not sure and it doesn’t make me love it any less.

Despite the avocado appliances and foiled wall paper, there were some good things that came out of the 1970’s…