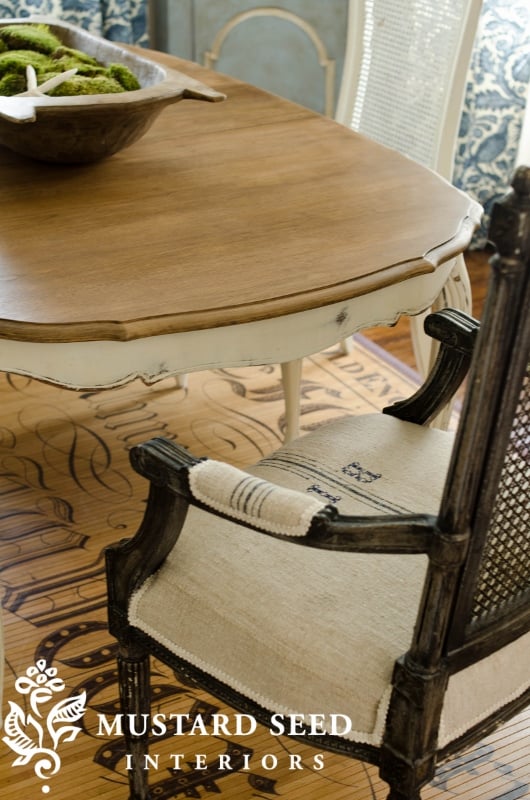 If you’re very, very observant, you may have noticed that my dining room table top looks a little different.  That’s because I finally broke down and refinished it.  Again.  I was going to write a quick post about it, but then I realized the evolution of my dining room is pretty funny.  Not in a ha-ha sort of way, but in crazy lady who replaces her dining room set with ridiculous frequency sort of way.  We’ve lived in this house for six years and we’re on our fourth dining set.  I told you.  Ridiculous frequency.

I won’t even bother showing you the first one.  It was a great sturdy table that was given to us for free, so I definitely can’t complain about that.  I longed for a new dining room set for a year or so and finally held a yard sale and sold some things on E-Bay, so I could afford one.  I bought the table off Craig’s List locally and then found the matching chairs near Richmond, VA.  My aunt picked them up for me and I picked them up from her a few weeks later.  I kept the set in its 1980’s speckled finish for several months until I worked up the courage to refinish it.  I refinished the top in a dark walnut stain with a few coats of wipe-on poly.  It was my first big refinishing job.

I painted the base of the table and the chairs with a bonding primer and Sherwin Williams’ ProClassic paint in Creamy.  This was before my days of milk paint, ASCP and waxes.

(You can tell I walk on the wild side by painting over an oriental rug.)  I distressed and antiqued the paint and then made custom slipcovers for each seat out of drop cloths.  I hand painted each of them with the initials of each family member.

A few weeks later, someone came to my house to buy a French settee I listed on Craig’s List.  She fell in love with my dining room set and asked to buy it.  I wasn’t really prepared, but we needed the money, so I sold it.  And I cried once it was all packed up in her truck and being driven away.  I started a quest for a new dining set and immediately found this wonderful French provincial set on Craig’s List for $100.  Score!!  Of course, it had harvest gold upholstered seats and that same speckled finish I just removed from the last set.

Once I had the umph to refinish another set (they’re exhausting), I started on this one.  I still used latex paint on this one, but I waxed the top for a super smooth finish.  Again, I made custom covers for each seat with ribbon ties and pleated skirts.  I loved that set. 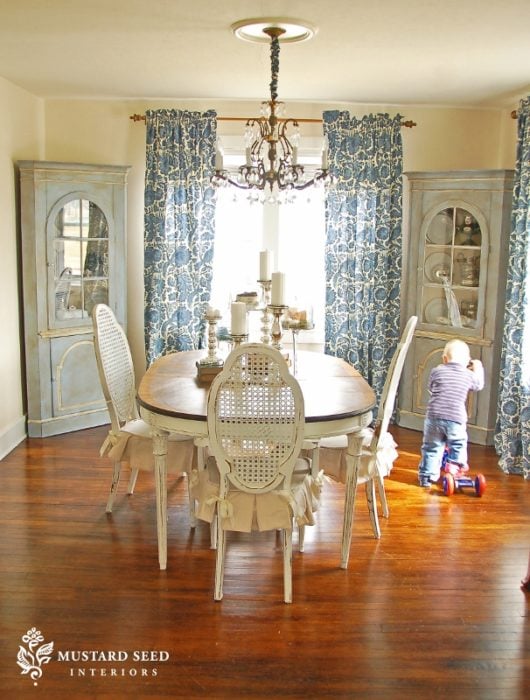 As I was getting ready for the 2011 Lucketts fair, I made the decision I would sell that set.  I have no idea why I decided to sell it, but something in me felt like it was ready to move to a new home.  And it found a wonderful home (I get updates on it.)  I will say that I feel a twinge of regret about letting that set go, but I know I’ll find something else some day that I love even more.

…this one was from a picker in Tennessee.  I really liked the shape of the chairs, so I decided to refinish it and keep it for a while.   On this one, I experimented with a dark wax finish and it was pretty disastrous.  I learned that you can’t put dark wax over a stained surface.  It will never dry.  I ended up applying some clear wax and the result was a streaky, pretty bad finish.  I couldn’t stomach doing it over right away, so I just lived with it and tried to take pictures from an angle that would disguise the bad refinishing job. 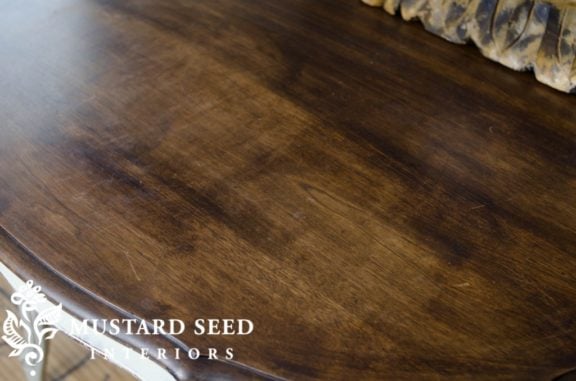 Last week, I had the stomach to refinish it again.  I stripped down the top and, instead of applying a dark walnut stain…

…I just waxed the natural wood. 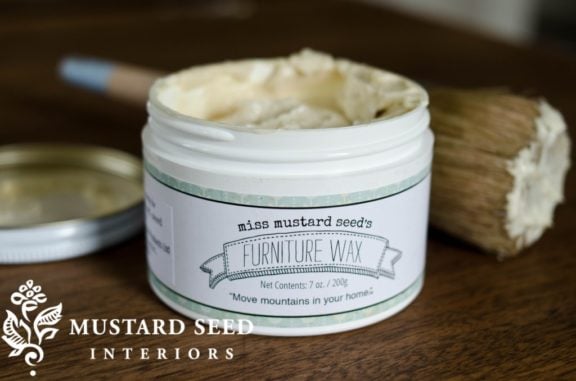 Two coats of wax and this finish is buttery soft to the touch.  I love the warmth of the wood and how it’s a little lighter than the floors. 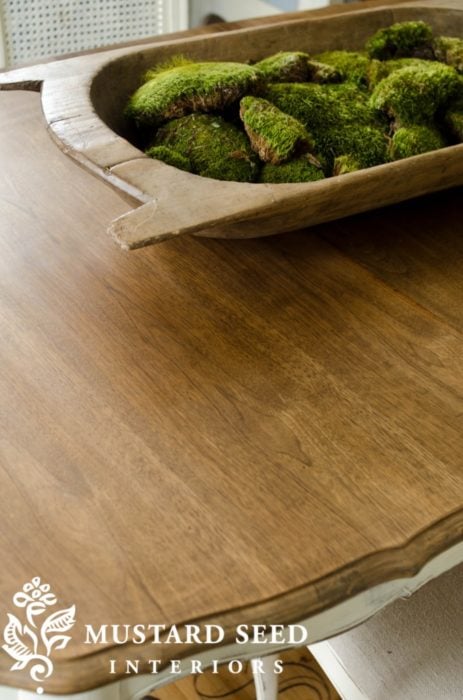 I think a part of me is grooming this dining set so I can sell it, but I haven’t said those words aloud or thought about it seriously.  But, hey, if I’ve had four sets in six years, why not make it five?