the cowbird egg of ideas

As I shared last week, some birds (I’ve since learned they are house finches) have built a nest on my front door, tucked behind my Christmas wreath.  I have been watching the eggs with excitement and wonder.  As someone who has never been much of a birdwatcher, I’m getting sucked into that fascinating world. 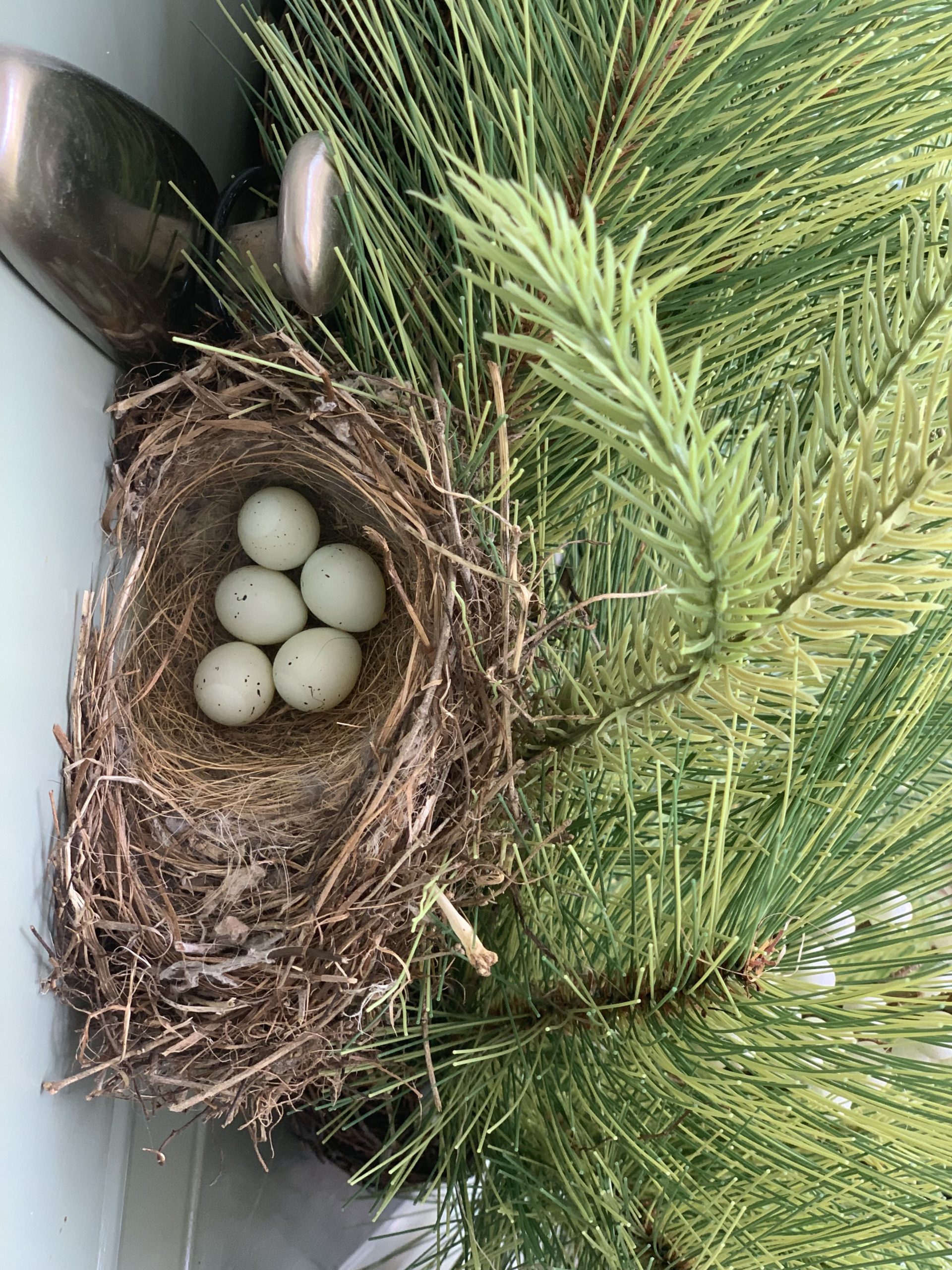 A few nights ago, I peek into the nest (using the camera on my phone, because it’s too high for me to see) and there was one egg that looked different from the rest.  I figured it was the bird equivalent of the black sheep.  For some reason, that egg was just a little larger and had more speckles than the rest.  What also gave me that impression was there were still five eggs. 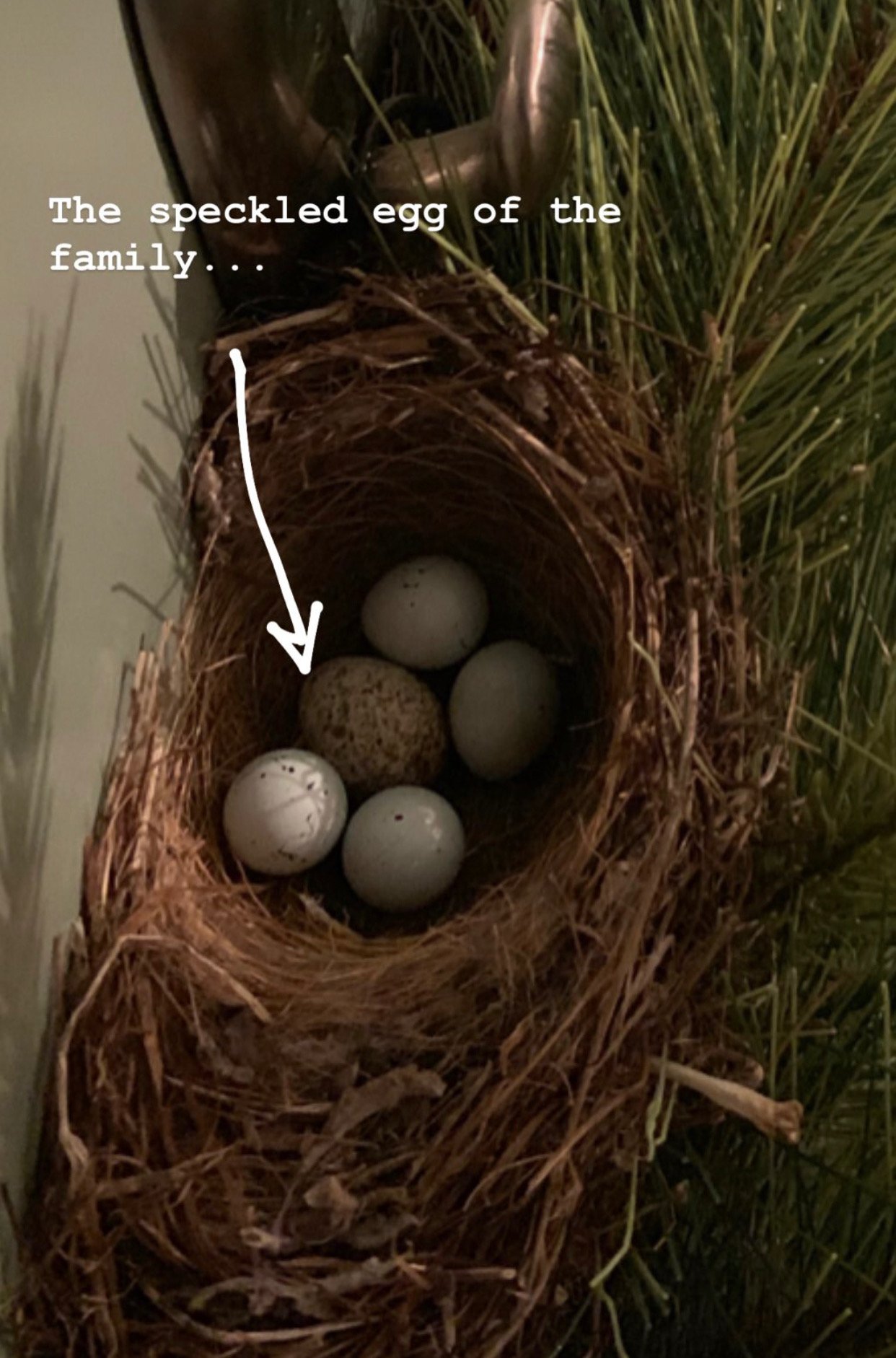 I shared the picture on Instagram and came to learn about cowbirds.  They are considered parasitic birds who will lay their eggs in the nest of another bird, tricking them into sitting on their egg and raising their young.  Not only did a cowbird insert an egg into the finch’s nest, but she removed one of the finch eggs.

Of course, I’m feeling a sense of injustice for the finches about the entire thing.  I read a few articles about them, though, and I became quite impressed with these cowbird tricksters.

But, it also made me think of how the natural world often imitates things we see in humans.

Jeff, who is a pastor, even said, “There has got to be a sermon illustration in there somewhere.”  He then went into a preacher voice caricature and said, “What is the cowbird egg in your life, my friends?”

How many times are we nurturing an idea and someone else drops another one in the mix?  This comes in the form of here is what “you should do.”  And the interesting thing about cowbirds is they are bigger than the finches.  So their baby will be the dominant hatchling in the nest.  The “should dos” can become more dominant than your “want to dos”.

Here’s the thing about “should dos”…they are usually “put in your nest” out of good intentions.  (I’m not going to put human intentions on the cowbirds, but they are just doing what they do to propagate their own species.)  Anyway, let’s say you have a family member, a friend, a client, a customer, who has an idea that they think will benefit you as a creative or an entrepreneur and they tell you that you should do it.  And maybe it’s a great idea and you enthusiastically sit on it, feed it, raise it, and teach it to fly.  But maybe you do it out of a sense of obligation, out of a desire to please, or a fear of missing out on a potentially good idea, even if it’s not one you’re passionate about.

Or maybe, like the finches, you do it because you’re simply counting the eggs and you’re not aware of which ones are you own and which ones were placed there by someone else.

My point in this obscure analogy is that, as creatives, we need to clean our nests out sometimes (and I don’t just mean organizing our houses.)  We need to take a good look at our ideas, the projects we’re nurturing, the creative choices we’re making, and the curiosities we’re following in order to identify which ones are “want to dos” and which ones are “should dos”.

And I think I’ve been doing too much birdwatching and reading business books! 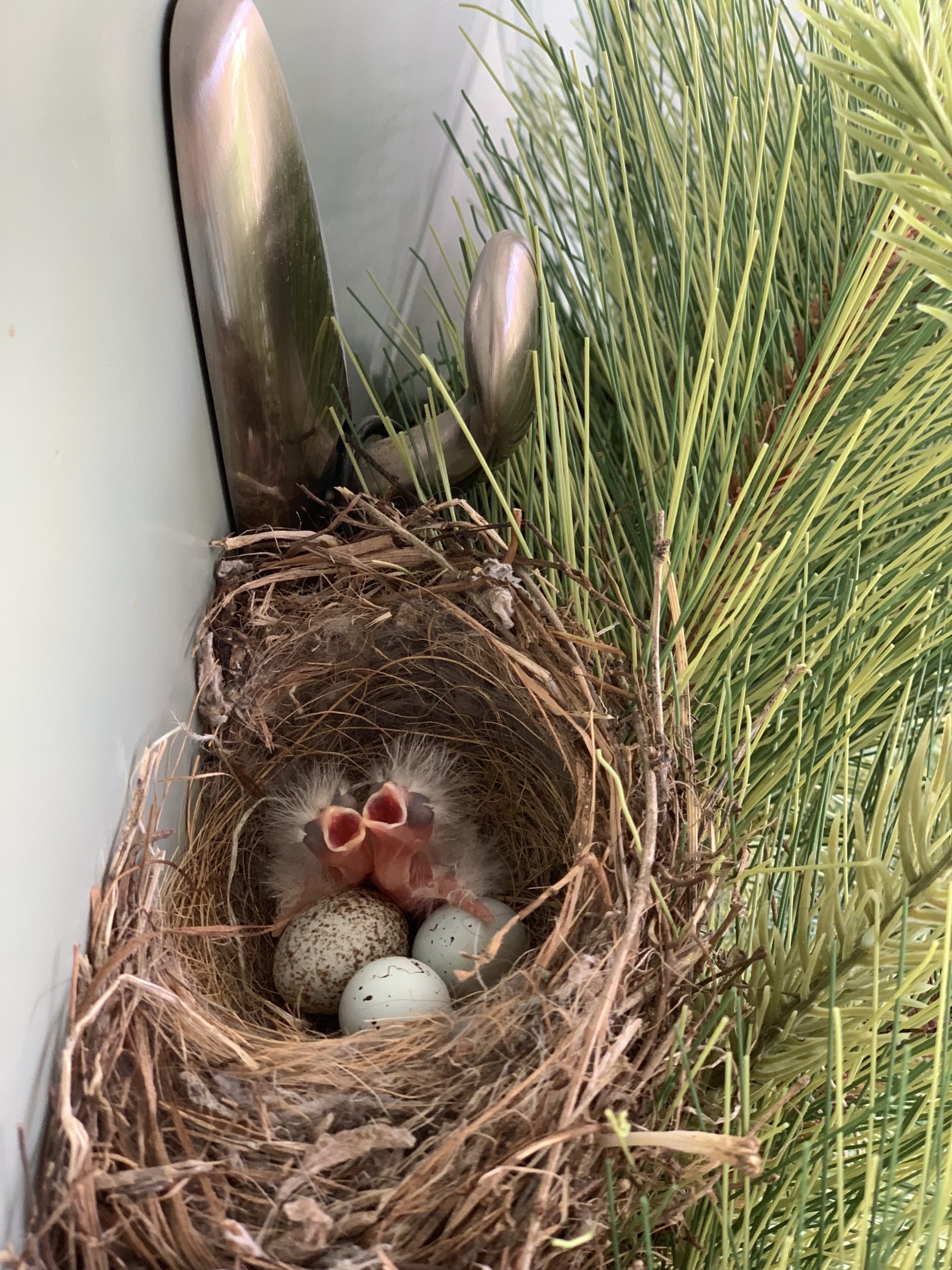 PPS – Several people have suggested I remove the cowbird egg from the nest, but I’m not going to.  First of all, it’s illegal.  Cowbirds are native and they are protected.  There is also some evidence that the finch will abandon the nest if one of the five eggs is missing and/or the cowbird will come back to check on her egg and retaliate by destroying eggs and hatchlings if their egg is missing.

While I want to remove the egg, because it was put into the finch nest in a rather underhanded way, I’m just going to let nature take its course and let these birds do what God created them to do.  I have to admit, it’s been fascinating to watch and I’ve learned a lot!

I’m rooting for all of the babies, even the cowbird, to survive and fledge.